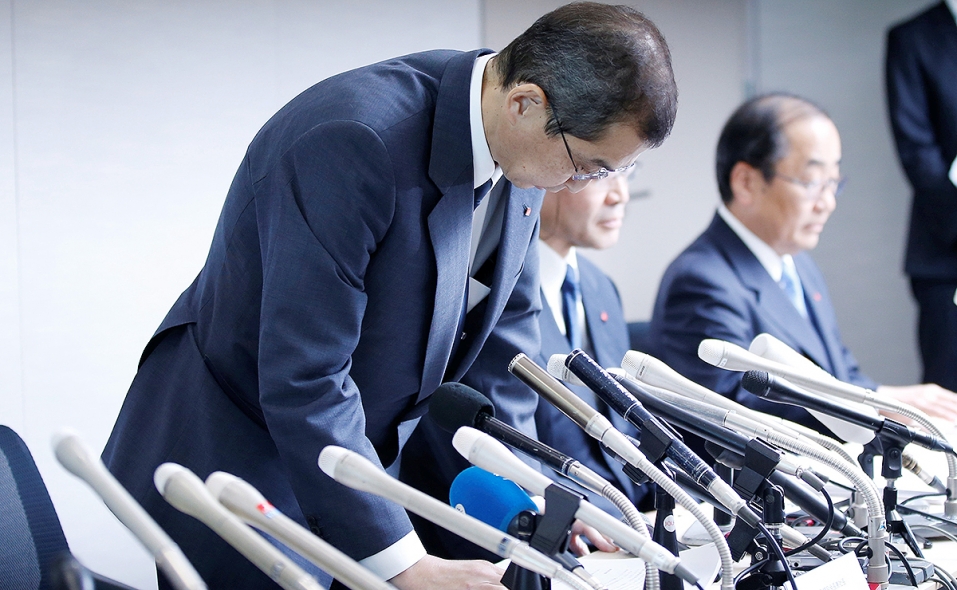 REUTERS
Takata Corp. Chairman and CEO Shigehisa Takada bows as he attends a news conference after its decision to file for bankruptcy protection in Tokyo, Japan on Monday, June 26.
Share 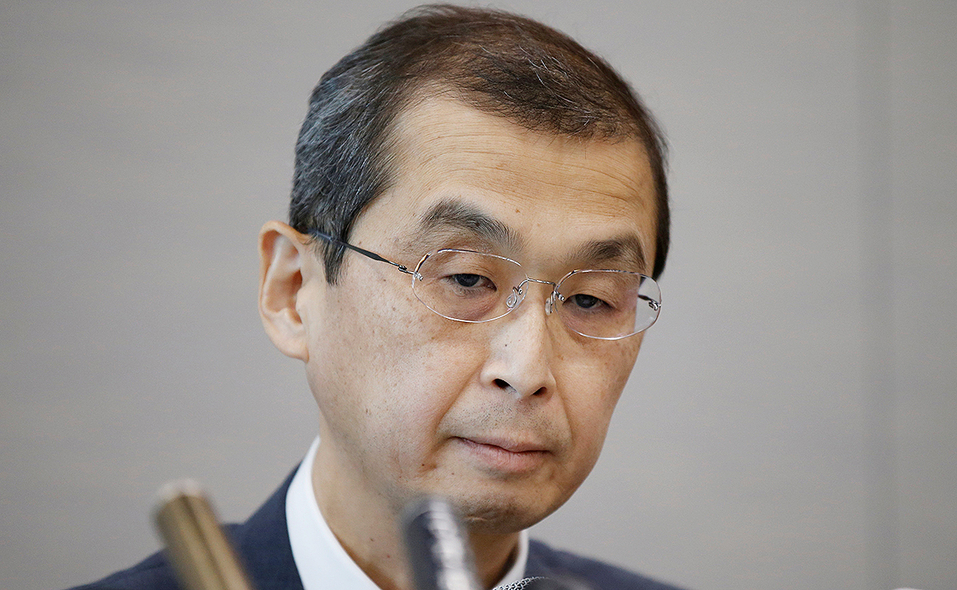 Shigehisa Takada: "We offer our condolences to the those who lost their lives and to those who suffered injuries."
Share 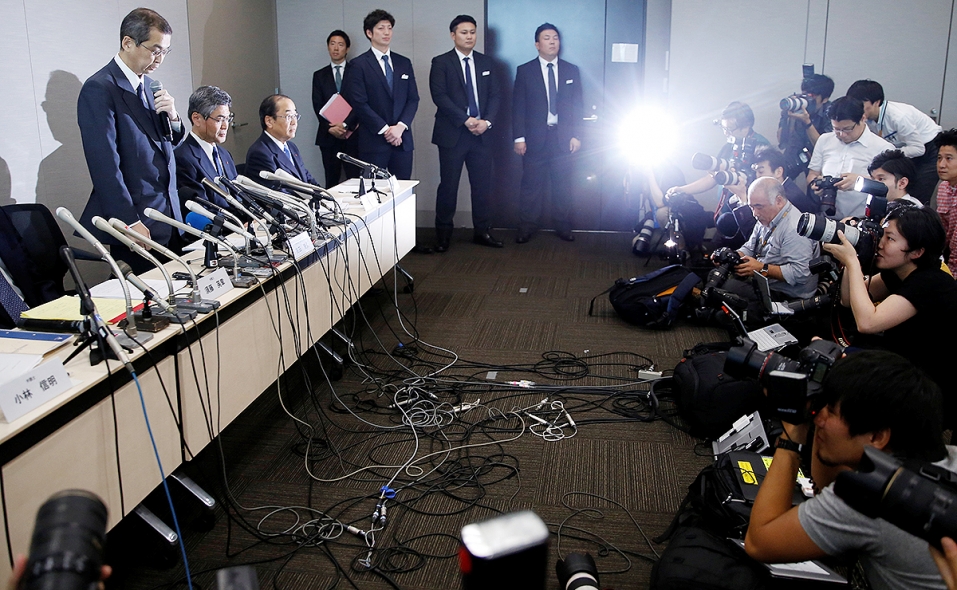 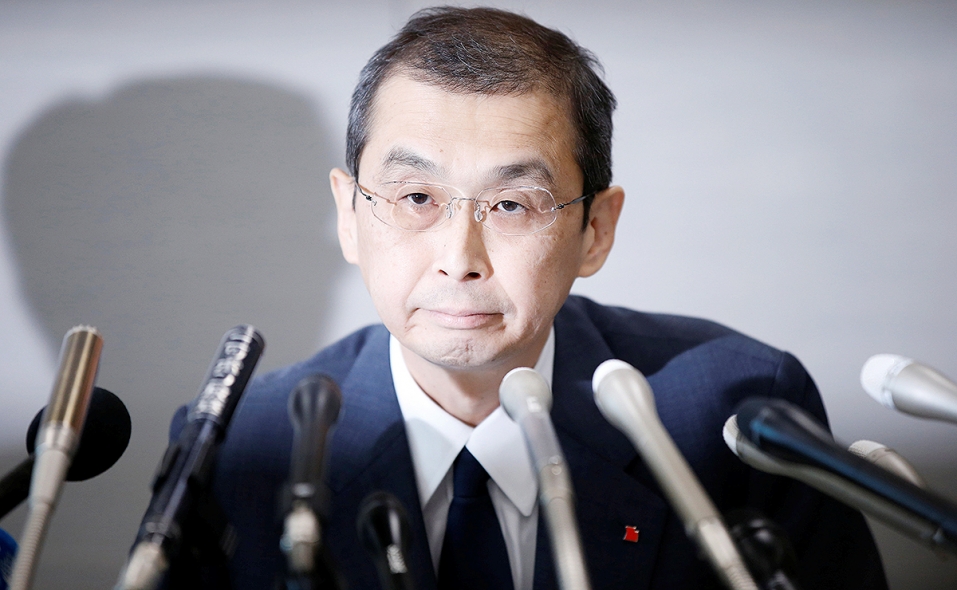 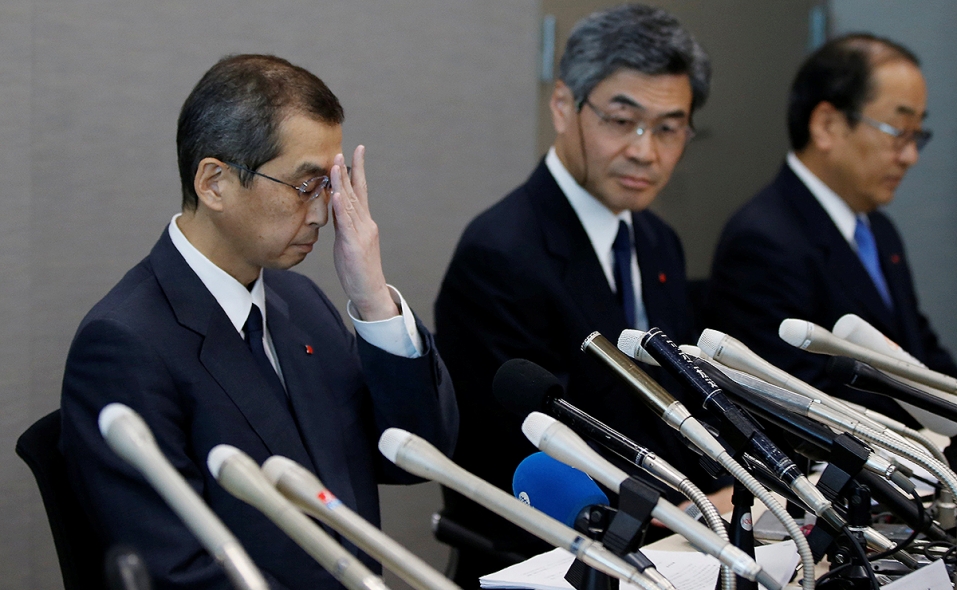 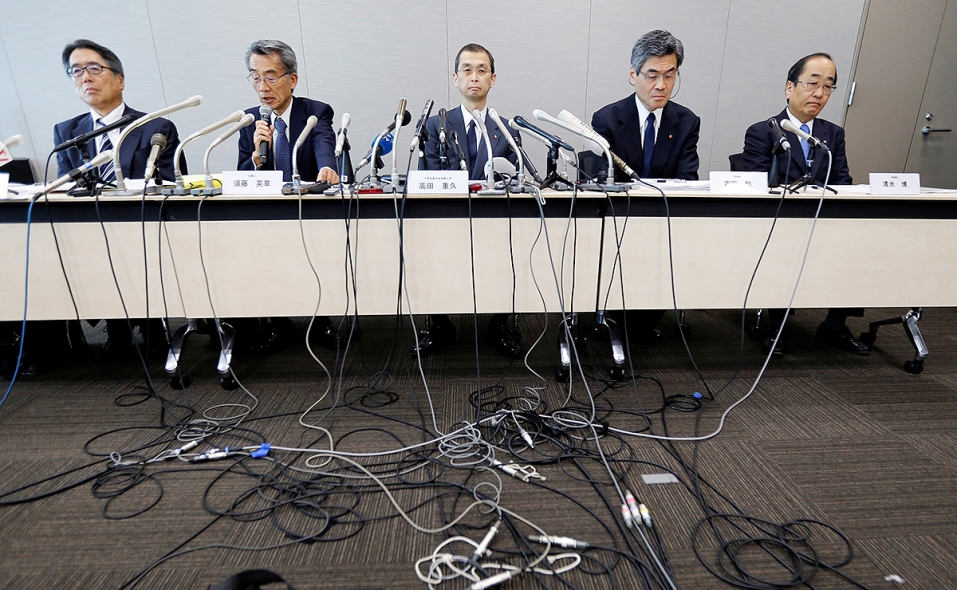 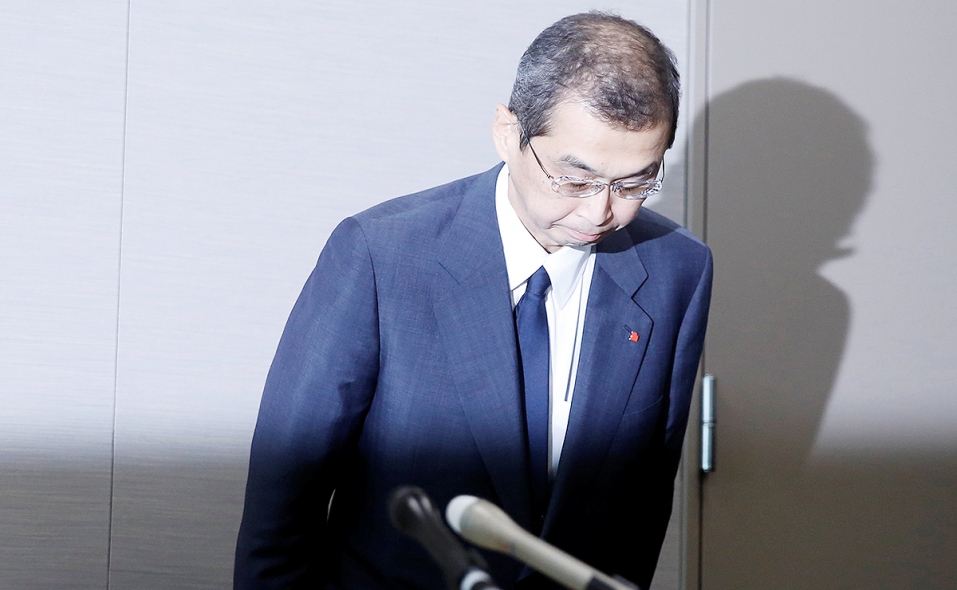 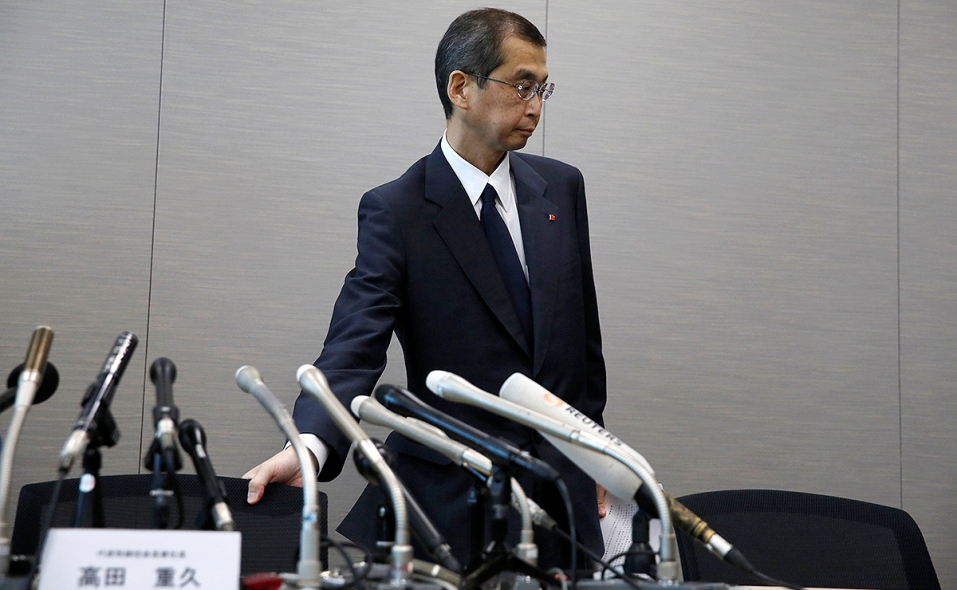 TOKYO – Japanese automakers say the bankruptcy of airbag maker Takata Corp. will make it difficult for them to recoup billions of dollars they have spent to recall defective airbag inflators that are responsible for multiple deaths.

Takata made the filing on Monday local time, and announced that Key Safety Systems has agreed to acquire most of Takata's assets for about $1.6 billion. The move clears the way for Takata to get out from under its mounting liabilities and restructure, but could leave carmakers holding the bag.

Honda, a big Takata shareholder and formerly its biggest customer, is also unsure how Takata’s bankruptcy filing will affect its 1.2 percent holding in the supplier. Honda has already taken charges of 556 billion yen ($5.0 billion) to cover the costs of recalling an estimated 51 million defective Takata airbag inflators worldwide.

But that figure is not expected to increase because of Takata’s bankruptcy, Honda spokesman Kosuke Kachi said. "We anticipated difficulty in claiming compensation," Kachi said. Honda will continue to replace recalled inflators, despite the bankruptcy, he said.

Toyota said its claims against Takata "are at the risk of becoming uncollectable or being delayed." Japan’s biggest automaker says it has 570 billion yen ($5.12 billion) in receivables against Takata to cover the cost of recalling some 27 million inflators worldwide. That amount could increase if further recalls are necessary, it warned.

Toyota could not say how many recalls would be necessary because the company needs more time to determine how many vehicles with the suspect inflators still remain on the road in markets worldwide or are being used as replacements, spokesman Takashi Ogawa said

Nissan Motor Co., Japan’s No.2 automaker, issued a statement saying it would also have trouble claiming reimbursement for its recall costs. "Although we have acquired the right to be reimbursed for the costs of both past and future recalls from Takata and its affiliates, following Takata's filing, it is likely that we will not be able to exercise this right in most cases," Nissan said.

Nissan said it had also set aside enough provisions to cover the current level of recall costs of some 7 million vehicles worldwide. Nissan could not disclose whether that is the number of vehicle recalled so far or the final number of expected recalls.

So far, it has disclosed setting aside 90 billion yen ($809.0 million) for potential costs.

Mazda said it has booked some 40.7 billion yen ($365.8 million) to cover the recall of 7.76 million vehicles worldwide. It isn’t expecting new airbag-related recall costs in the current fiscal year. But consumer lawsuits against Mazda and other carmakers may add expenses.

“A number of class action lawsuits have been lodged in the U.S.A. in which Mazda and Mazda subsidiaries are defendants. We are working towards settlements in these cases and expect some losses,” Mazda spokesman Hideki Taira said.

Mitsubishi Motors rounded out the pack in saying it also not be able to recover recall costs from Takata and related group companies.

Honda has deep ties with Takata going back to the supplier’s earliest days in the airbag business. The automaker later became its biggest customer, a relationship that came back to bite Honda when Takata became embroiled in its defective inflator scandal.

The suspect inflators use a ammonium nitrate chemistry that can break down and become unstable over long periods in hot, humid conditions. That can lead them to explode with too much force, showering a vehicle’s cabin and its occupants with deadly metal shards.

Malfunctioning Takata airbag inflators have been linked to at least 16 deaths and 180 injuries worldwide and a $1 billion fine in the U.S. In January, a federal grand jury indicted three former Takata executives for criminal wrongdoing in connection with the safety defect.

Honda no longer uses Takata inflators in newly-built vehicles. Its uses inflators from rival suppliers Autoliv and Daicel, which use a guanidine nitrate chemistry believed to be safer.

Honda uses Autoliv and Daicel in most of its replacements for recalled Takata inflators too.

But in certain limited cases, Honda still uses ammonium nitrate inflators from Takata as replacements for those recalled, Kachi said. Those replacements, however, are believed to be safer than the originals for a couple reasons.

First, they are newer and haven’t had prolonged exposure to heat and humidity. And second, they are manufactured with a desiccant additive to keep them dry.

The vehicles being recalled have Takata inflators without the desiccant, and Honda says there is no immediate need to call back and replace inflators that have the added safety measure.

Toyota says it is also using desiccated Takata ammonium nitrate inflators as replacements in some recalled vehicles, along with inflators from rivals such as Daicel, Autolive and Nippon Kayaku, “to supply the parts need for replacement as soon as possible.”

Nissan does not disclose whether it continues to use Takata inflators but said it has established new supply lines for the component and is working with alternative suppliers to “develop new inflators for prompt rollout in future vehicles.”

Takata files for bankruptcy, agrees to be acquired by Key Safety

Takata files for bankruptcy, agrees to be acquired by Key Safety