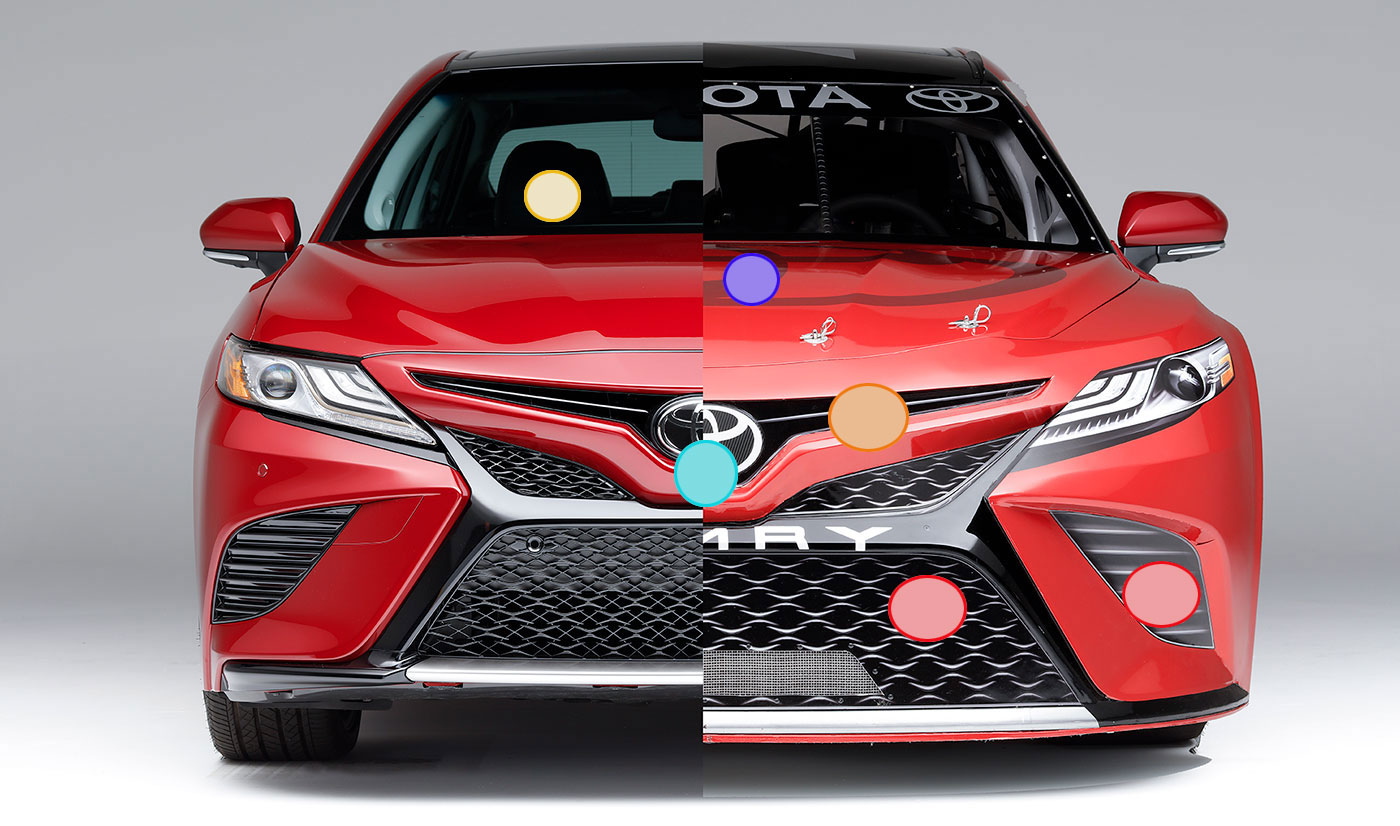 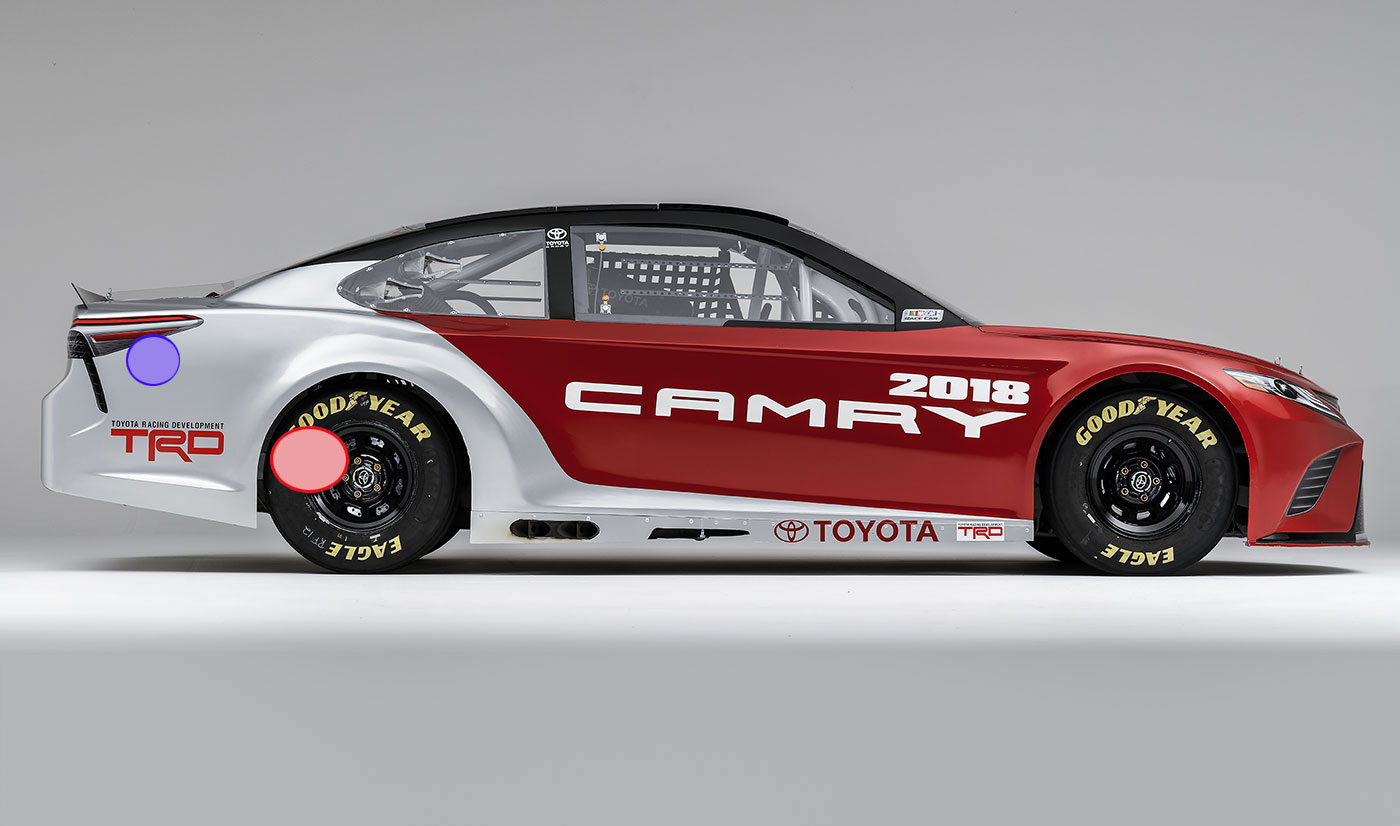 Turning the latest generation of the production Toyota Camry into the NASCAR racing version required even more than the usual feats of styling and engineering that went into past transformations.

First, the racer hit the track before the production car's launch (the 2018 Camry reaches showrooms this summer), so an extra layer of secrecy was added to the project. Both were unveiled in January at the Detroit auto show.

Next, Toyota wants to get as much NASCAR bang for its buck. The brand is looking to take advantage of its racing sponsorships to highlight its move toward more sporty and stylish vehicles.

So, the designers at Toyota's Calty design studio and the engineers at Toyota Racing Development worked to make a NASCAR Camry that looks as much like the street version as possible.

That's not easy given NASCAR's strict binder of rules designed to create relative parity among the automakers participating in the sport. But Toyota is pleased with the final product.

"I like to think of the NASCAR process as: We are developing a caricature of the production car," said Kevin Hunter, president of Calty Design Research. "It's all the same styling elements, but it's amped up way more."

Recommended for You
John Mooney revolutionized catalytic converter
Are you okay to drive? Your eyes may answer