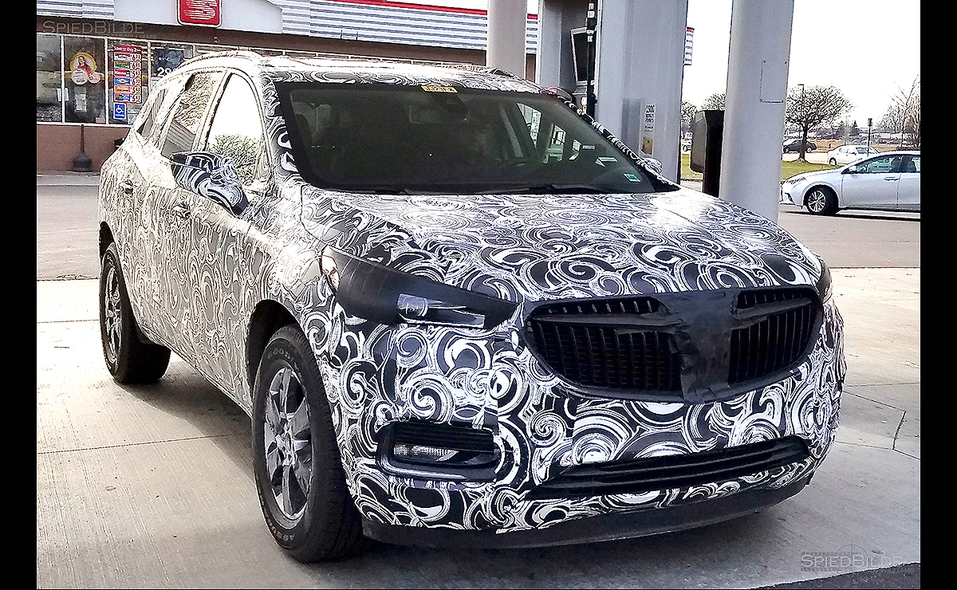 JIM DUNNE
The exterior of the 2018 Enclave crossover is less rigid and bulbous than the first generation and features Buick's new signature styling that debuted on the popular Avenir concept sedan at the 2015 Detroit auto show. 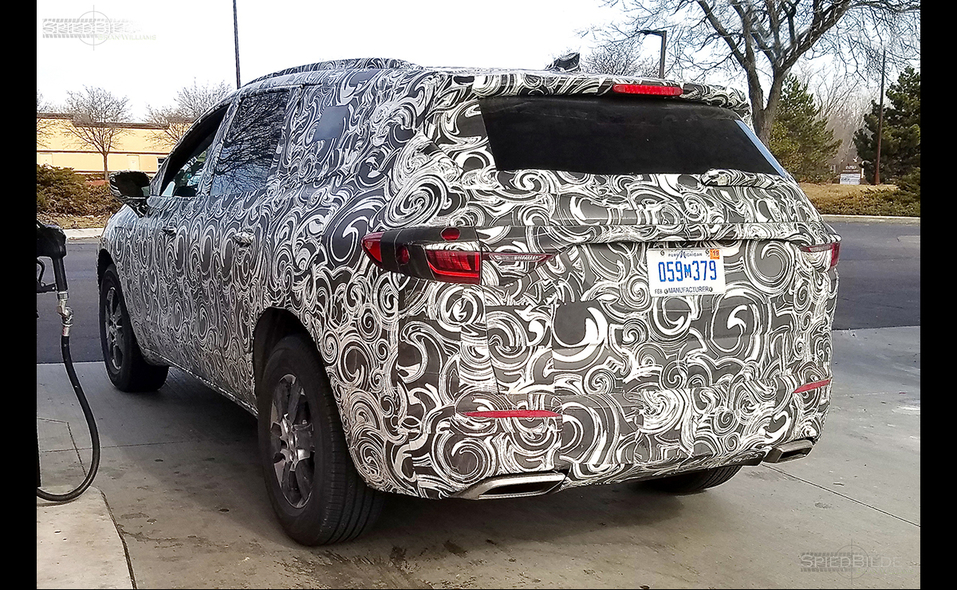 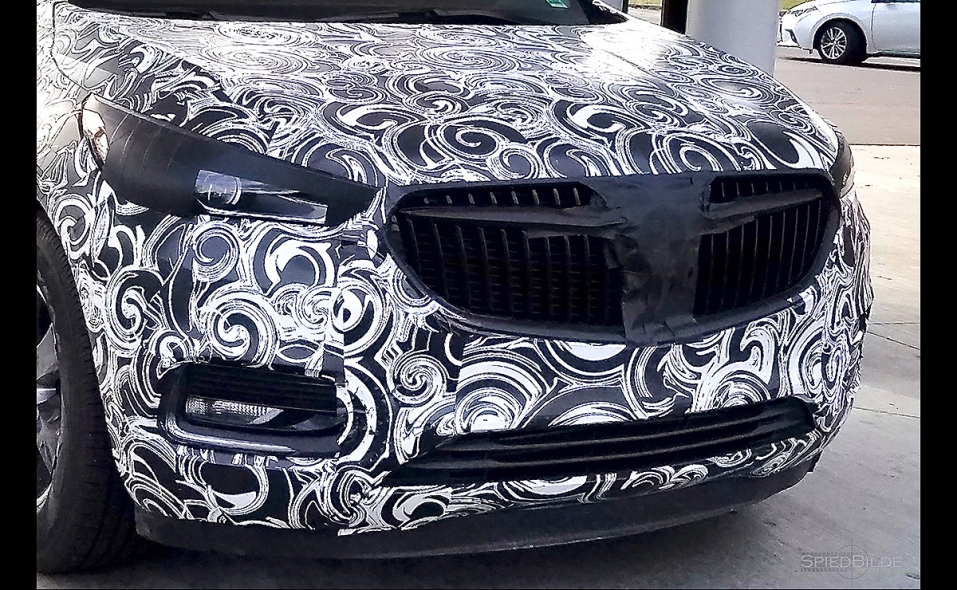 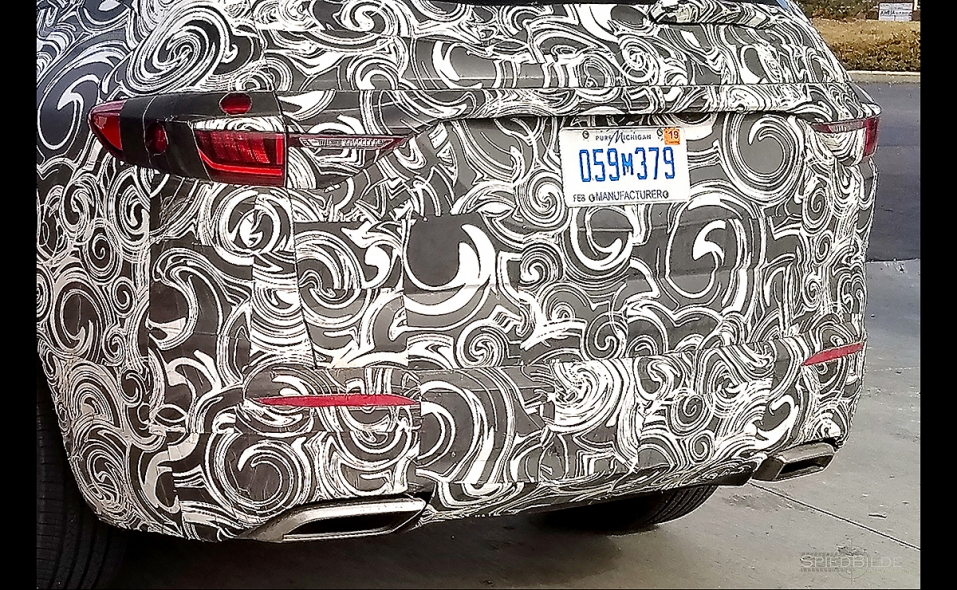 The redesigned 2018 Buick Enclave will be sleeker and more muscular than the current version, spy photos shot in the Detroit area indicate.

The exterior of the large crossover is less rigid and bulbous than the first generation and features Buick’s new signature styling that debuted on the popular Avenir concept sedan at the 2015 Detroit auto show.

The vehicle’s front end includes the brand’s tri-shield emblem floating in a waterfall grille, flanked by chrome wings. The rear features smaller, wing-inspired taillights than the current version and a dual exhaust.

After its expected debut in April at the New York auto show, the second-generation Enclave is expected to arrive midyear as a 2018 model.

The new Enclave is expected to be engineered and built on the same platform as the redesigned 2018 Chevrolet Traverse, which is a long-wheelbase variant of the platform for the 2017 Cadillac XT5 and 2017 GMC Acadia.