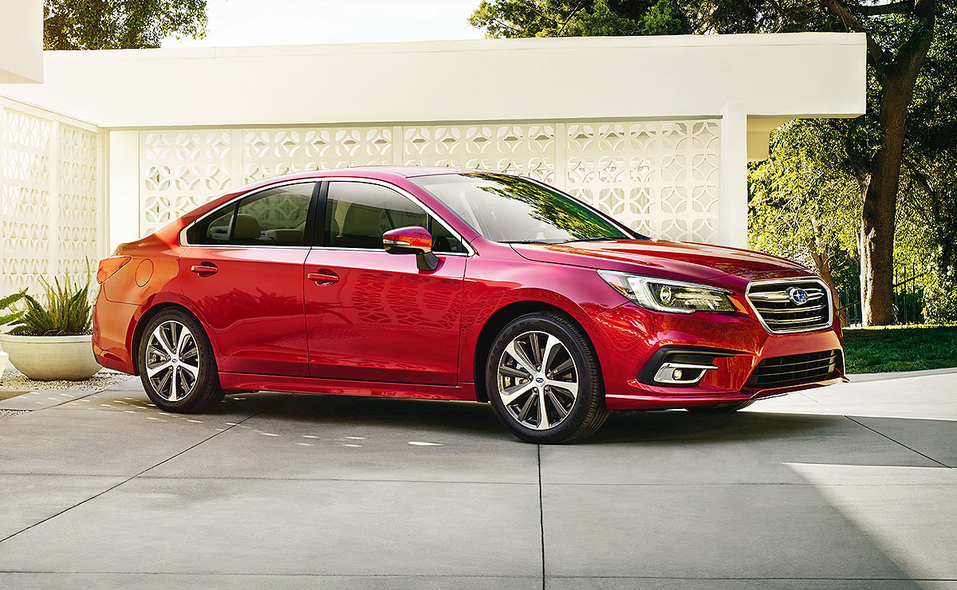 The Legacy refresh includes a retuned suspension for a smoother ride.
Share 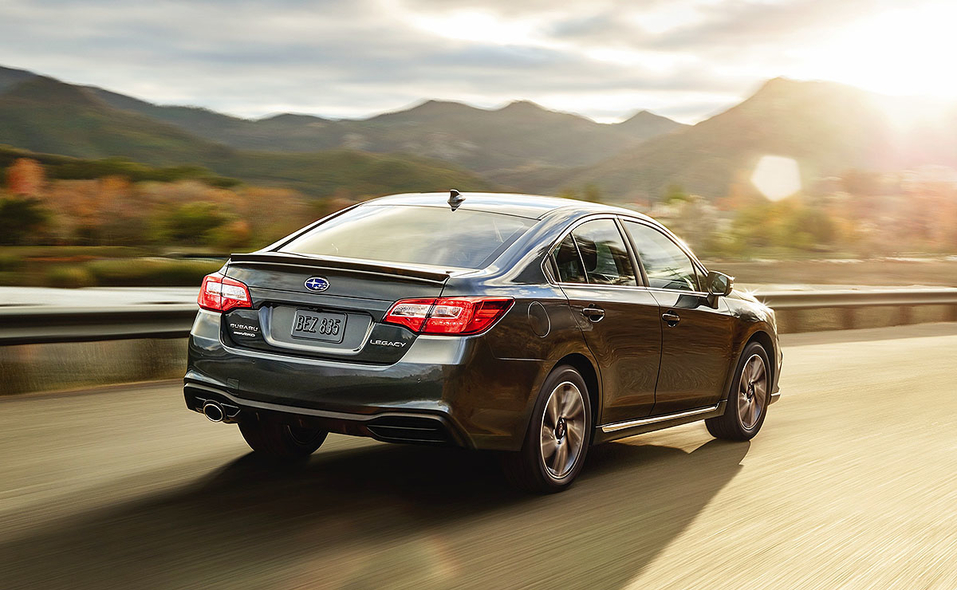 The 2018 Legacy will have new wheel designs and two new exterior colors, Magnetite Gray Metallic and Crimson Red Pearl, available. The sedan is set to go on sale this summer.
Share 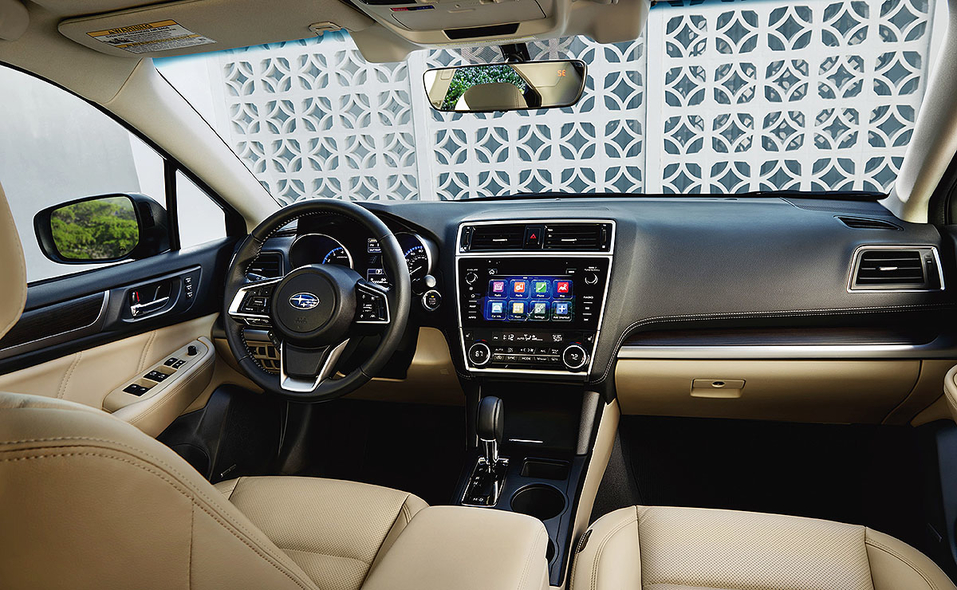 The Legacy's center console has been redesigned and for a more luxurious feel inside, Subaru added real stitching on the dash. 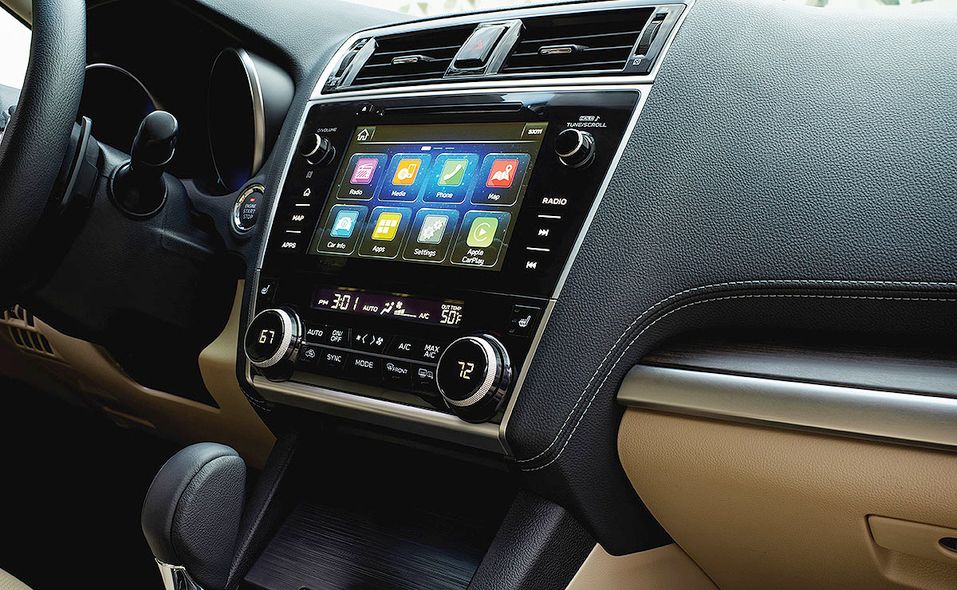 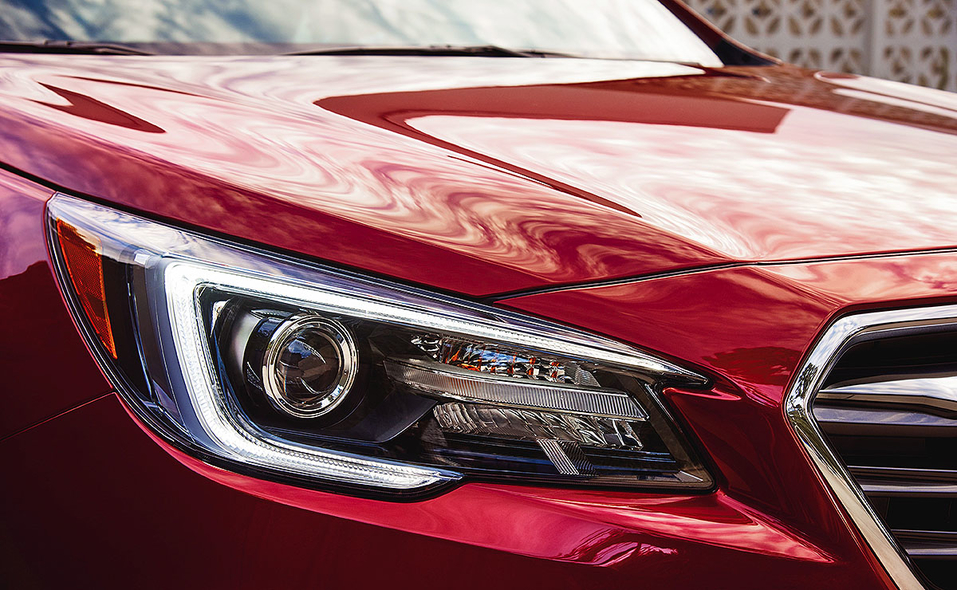 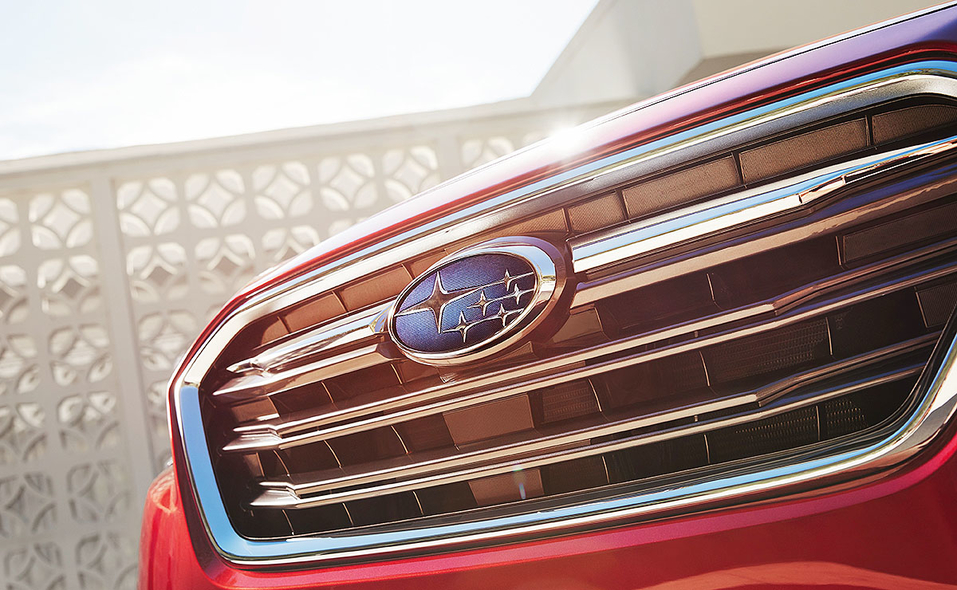 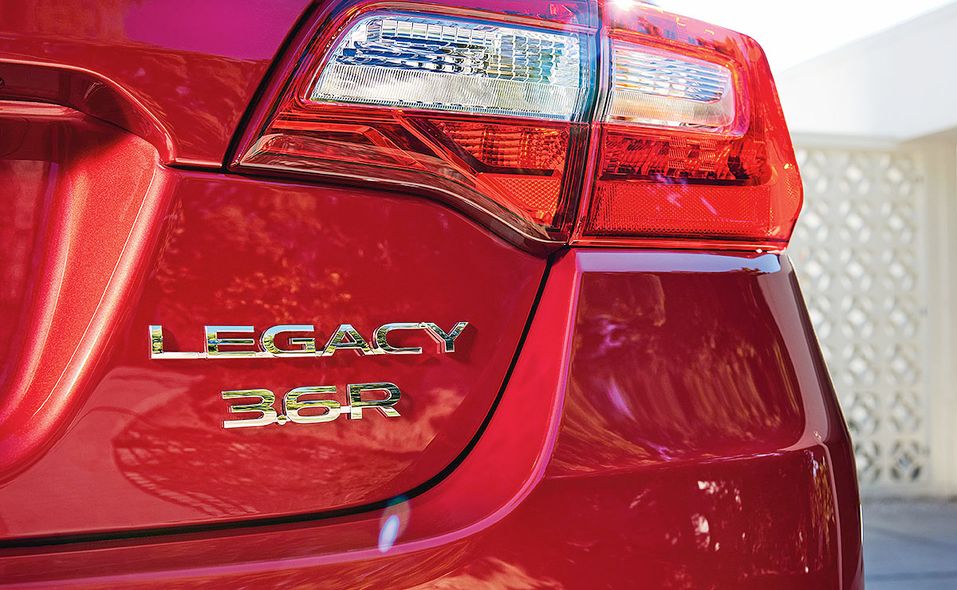 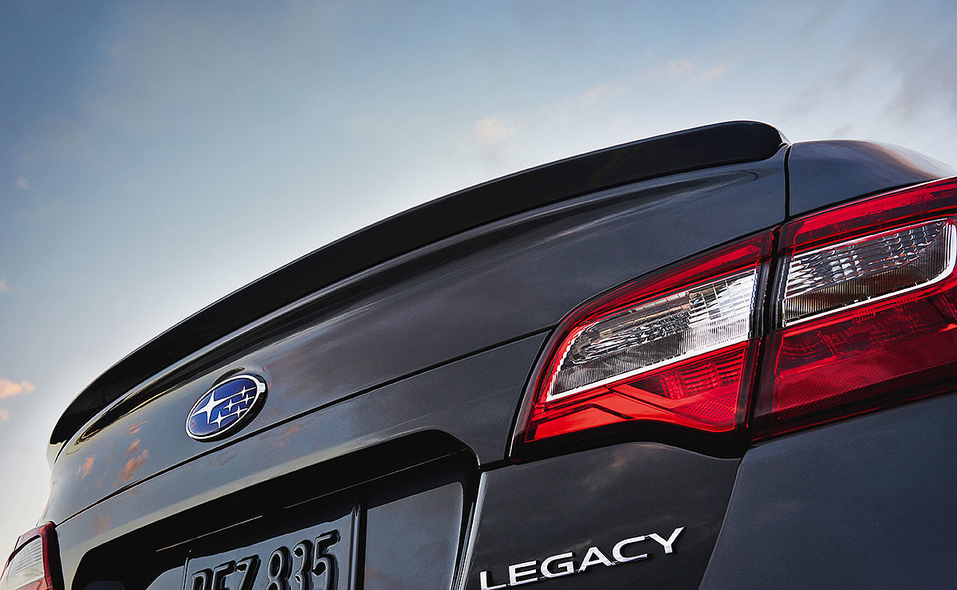 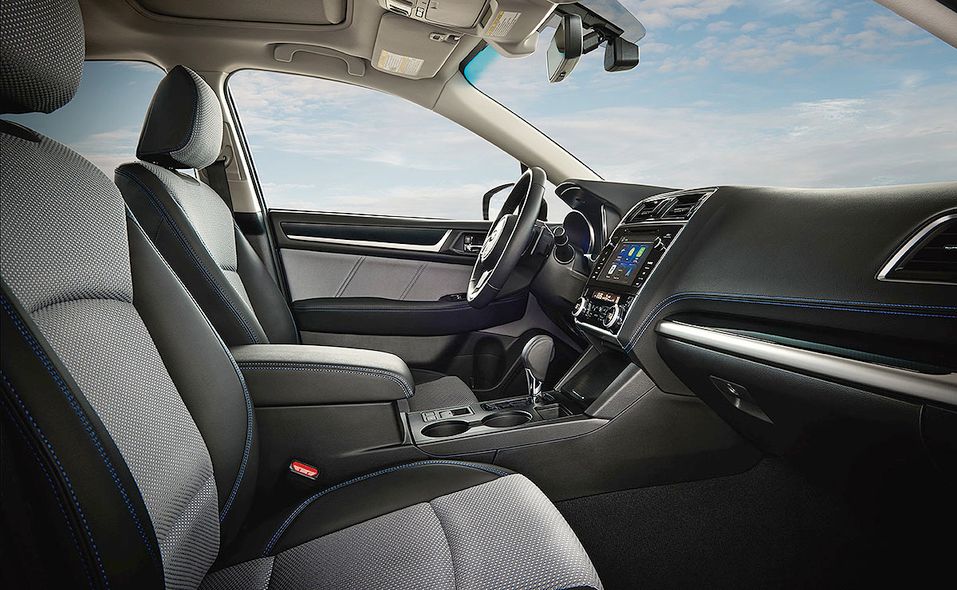 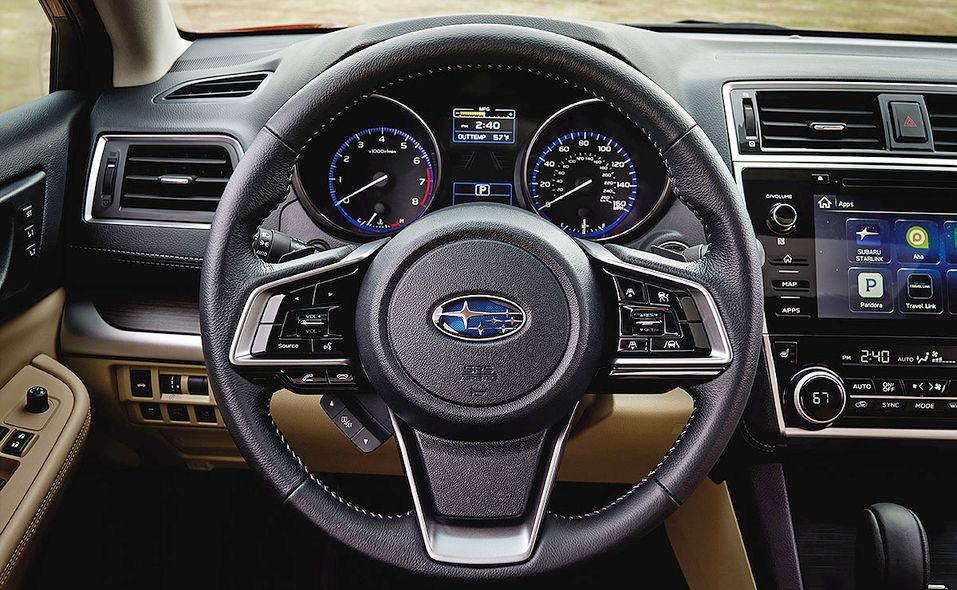 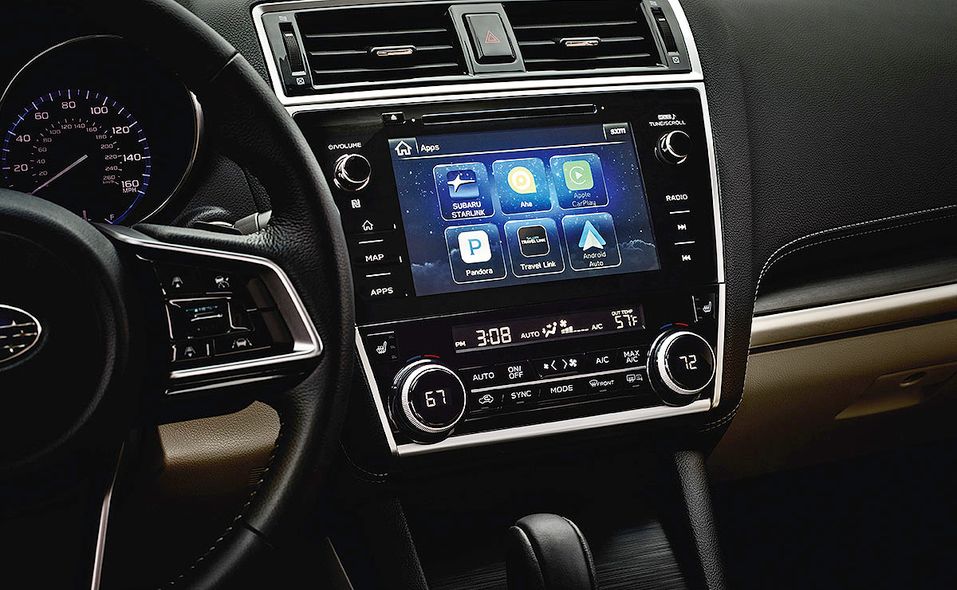 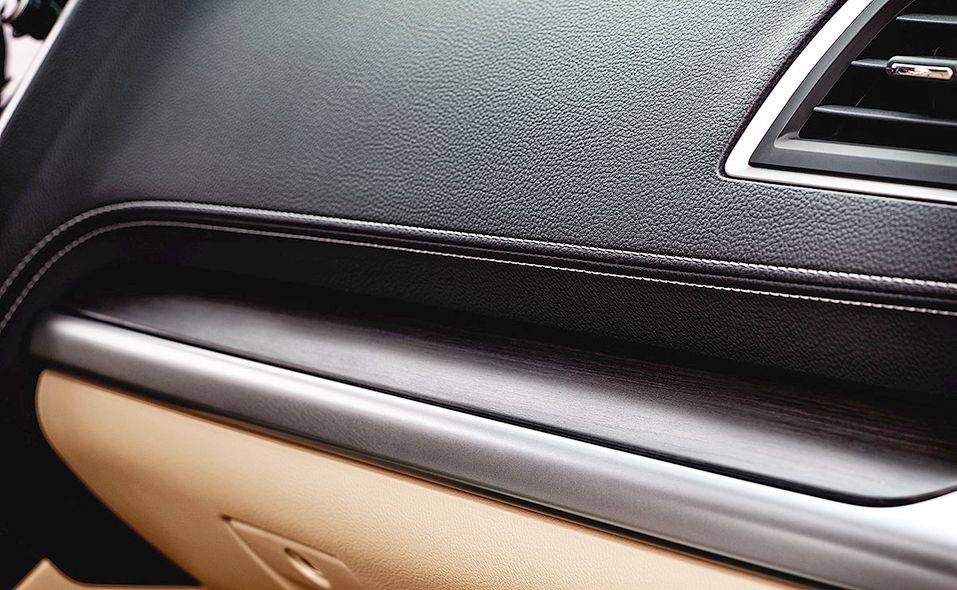 The Subaru Legacy, one of just three non-luxury midsize sedans to post a gain in U.S. sales last year, is getting a midcycle freshening for the 2018 model year.

The 2018 Legacy, set to debut at the Chicago Auto Show this month, features slight new styling touches to the exterior, handling updates and a more premium interior.

At the front, there is a wider hexagonal grille and wider, lower grille openings. In the rear, Subaru added a new tailpipe design into the lower fascia.

The 2018 Legacy will also have available steering responsive headlights, which aim the lights into turns as the driver steers, Subaru said.

The suspension, including the dampers, was retuned on the 2018 model for a smoother ride.

To limit ride noise, Subaru says it reshaped the exterior mirrors, added new sound-insulating inner film glass for the front side windows and made the rear wheel aprons thicker.

Additionally, the continuously variable transmission on models with a 2.5-liter engine now uses an ultra-short pitch chain, which is quieter, Subaru said. The automaker has also made adjustments to engine timing under acceleration to further limit powertrain noise.

The center console has been redesigned with a standard 6.5-inch Starlink multimedia system and display, up from 6.2-inches in the previous model. An 8-inch display and system is also available.

Apple CarPlay and Android Auto are now included in the Legacy as well.

To give the interior a more premium feel, Subaru added real stitching on the dash, seats and door panels on Premium and higher trims.

Additional interior upgrades include an air conditioning system that cools the cabin more quickly, a larger redesigned clock and a new color choice: gray, in addition to black or ivory.

The 2018 Legacy will also have new wheel designs and two new exterior colors, Magnetite Gray Metallic and Crimson Red Pearl, available. The sedan is set to go on sale this summer. Pricing was not announced.

U.S. sales of the Legacy rose 8 percent to 65,306 in 2016. The Buick Regal and Chevrolet Malibu were the only other midsize sedans to post gains last year in a highly competitive segment that shrank 12 percent and an overall car market that dropped 8.9 percent.