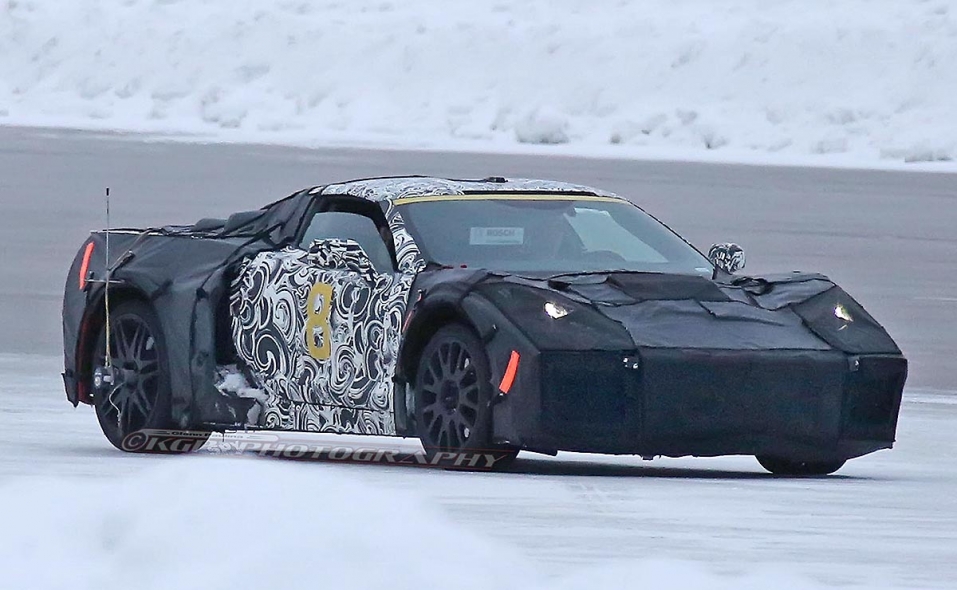 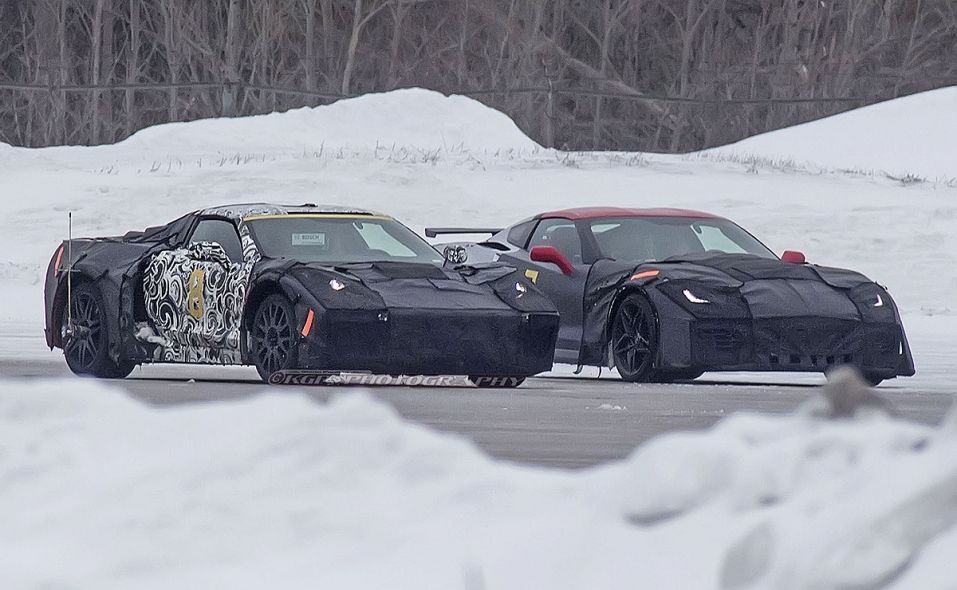 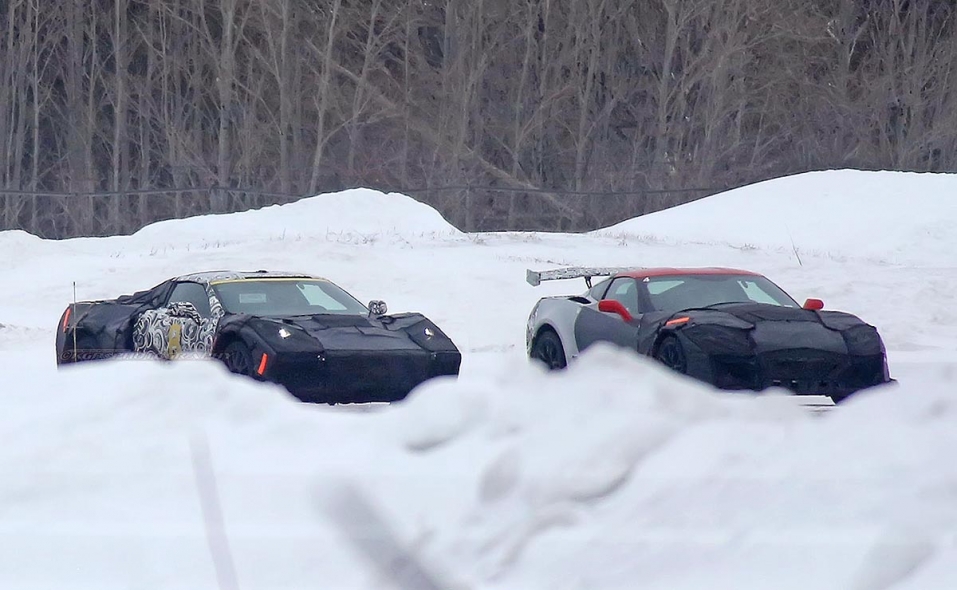 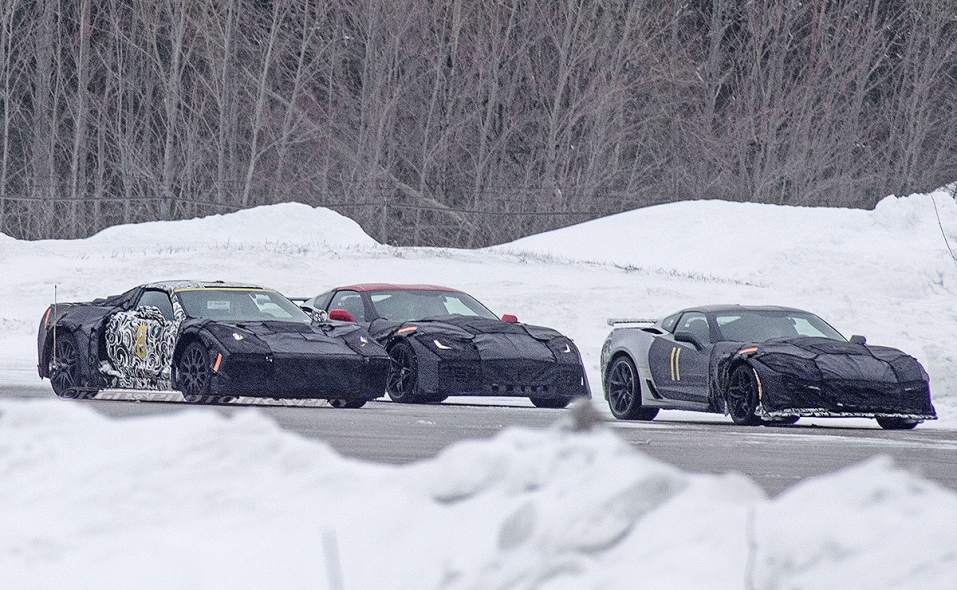 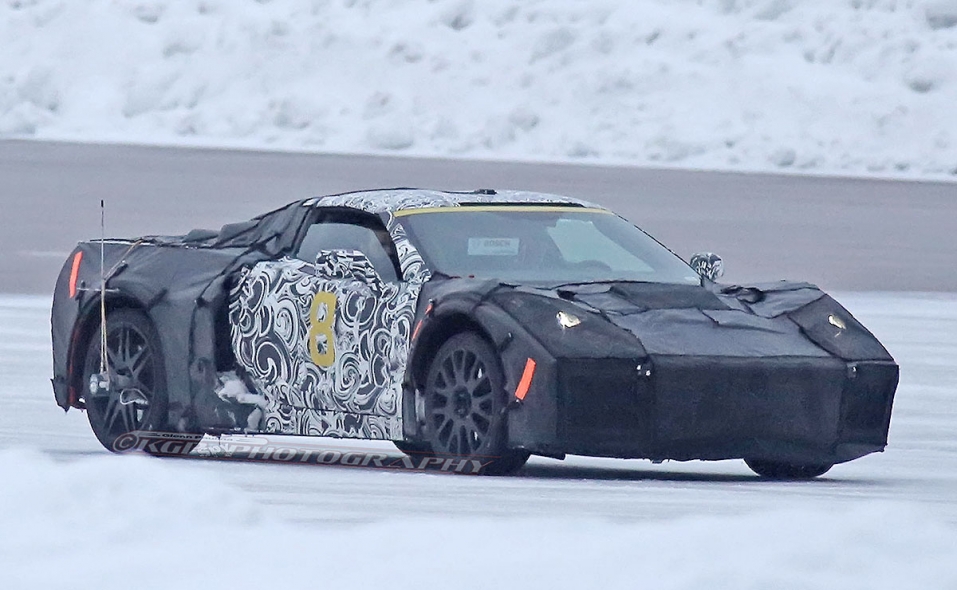 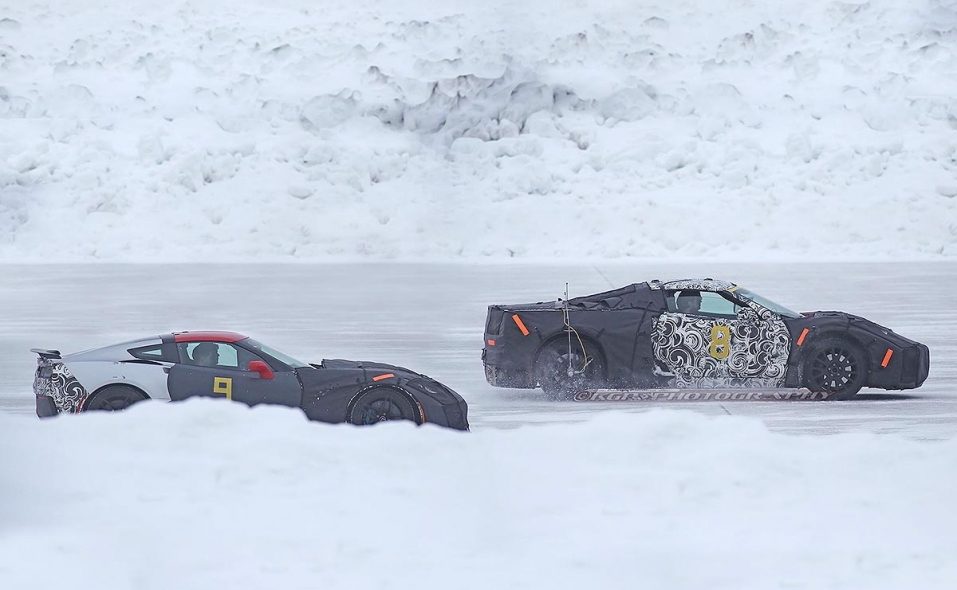 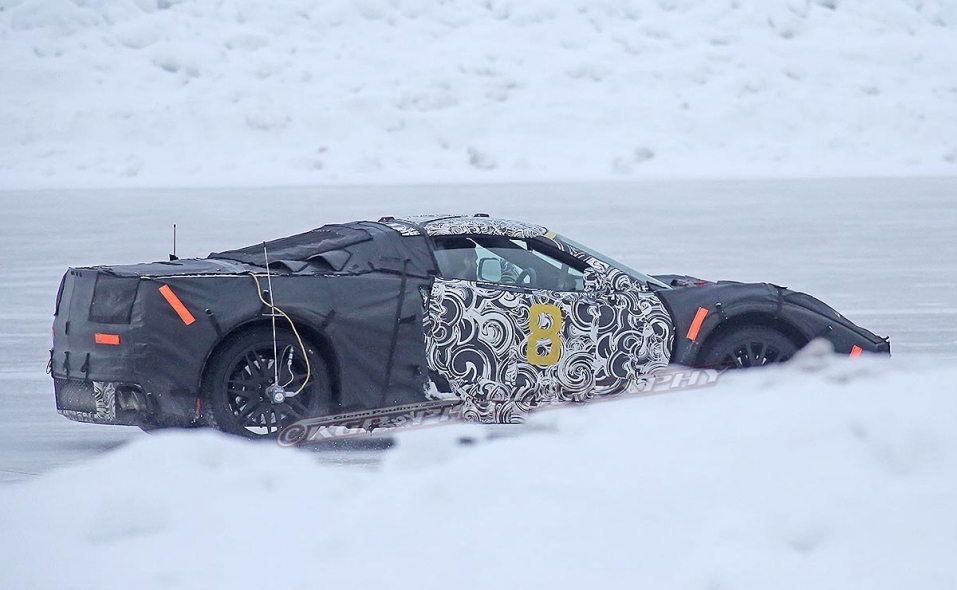 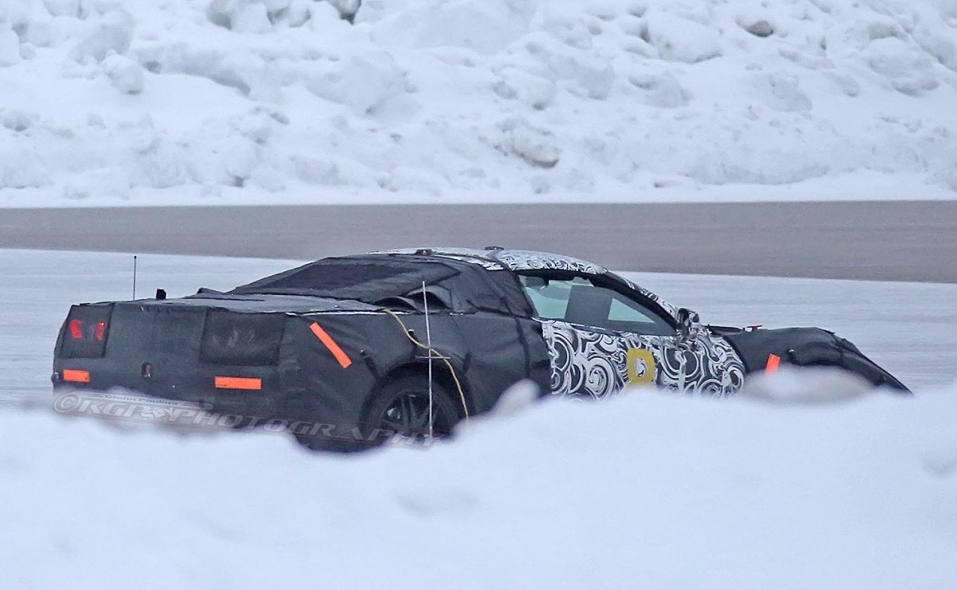 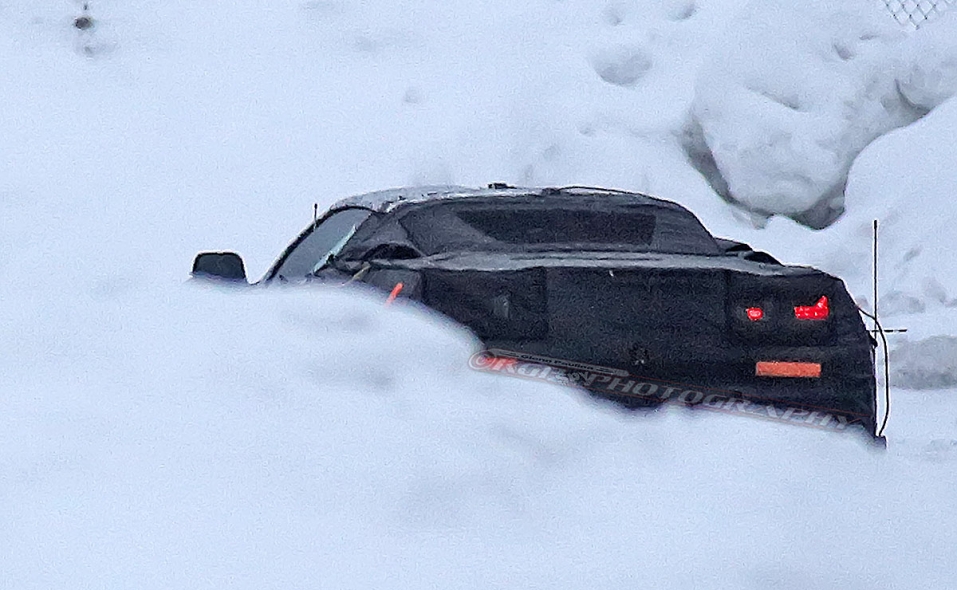 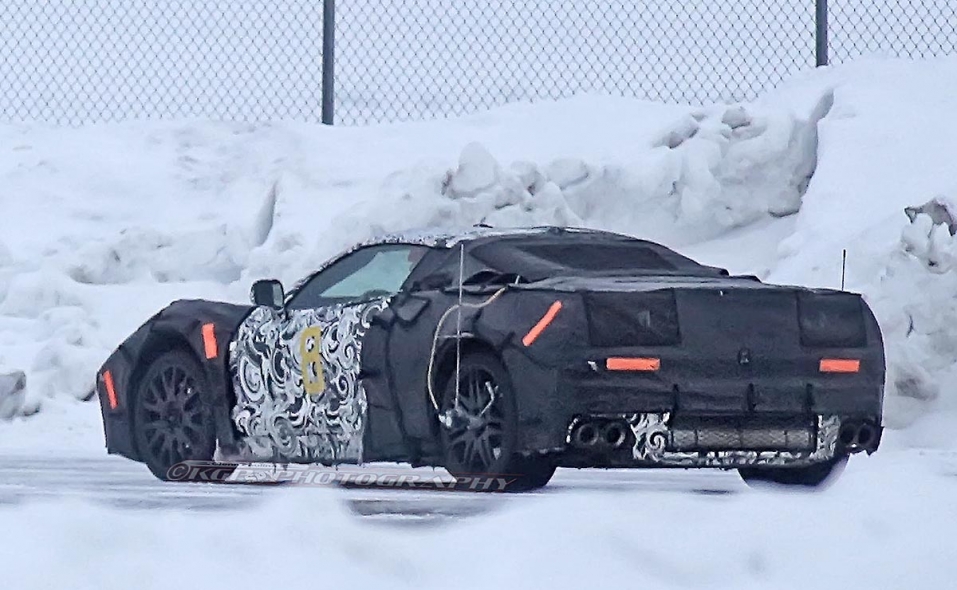 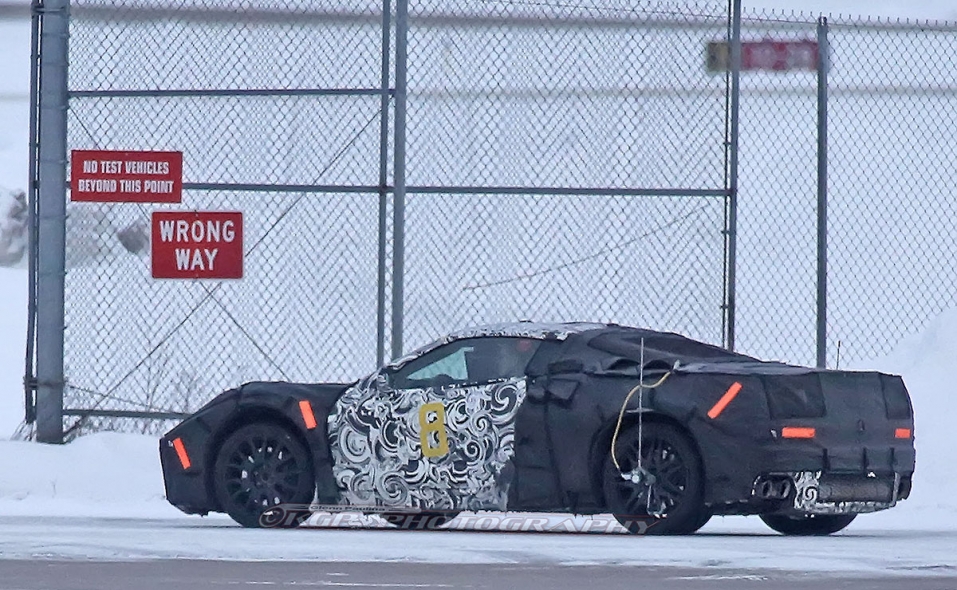 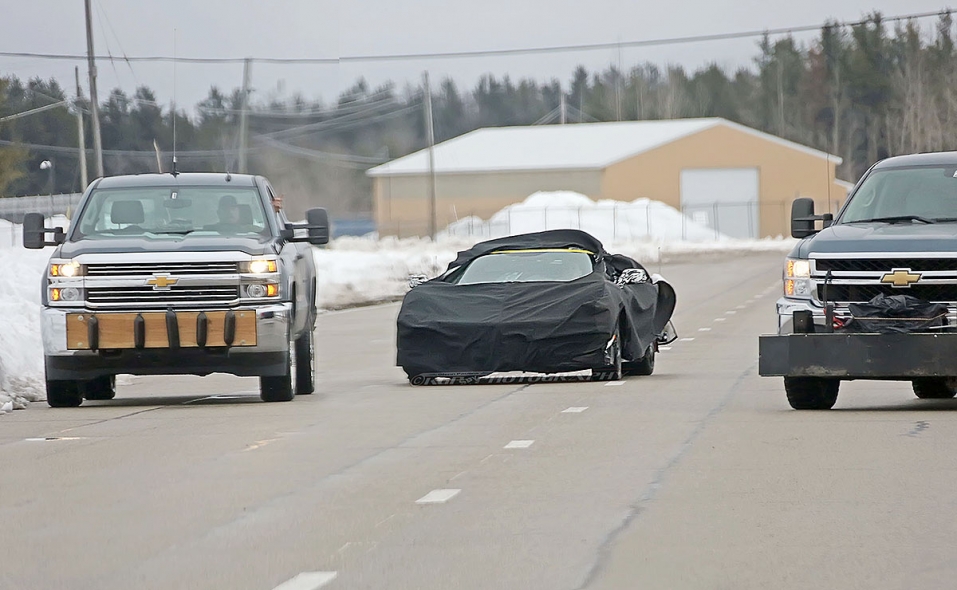 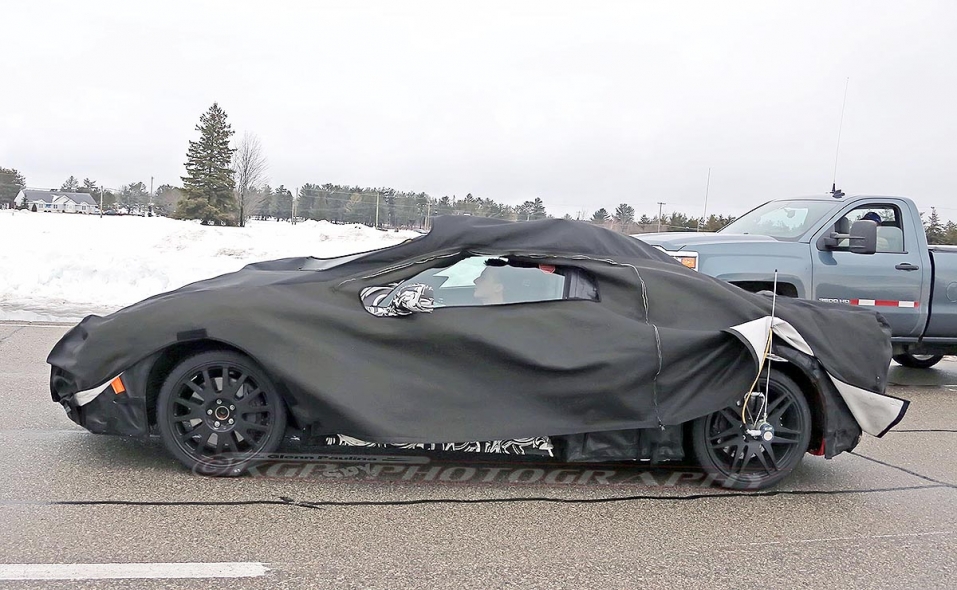 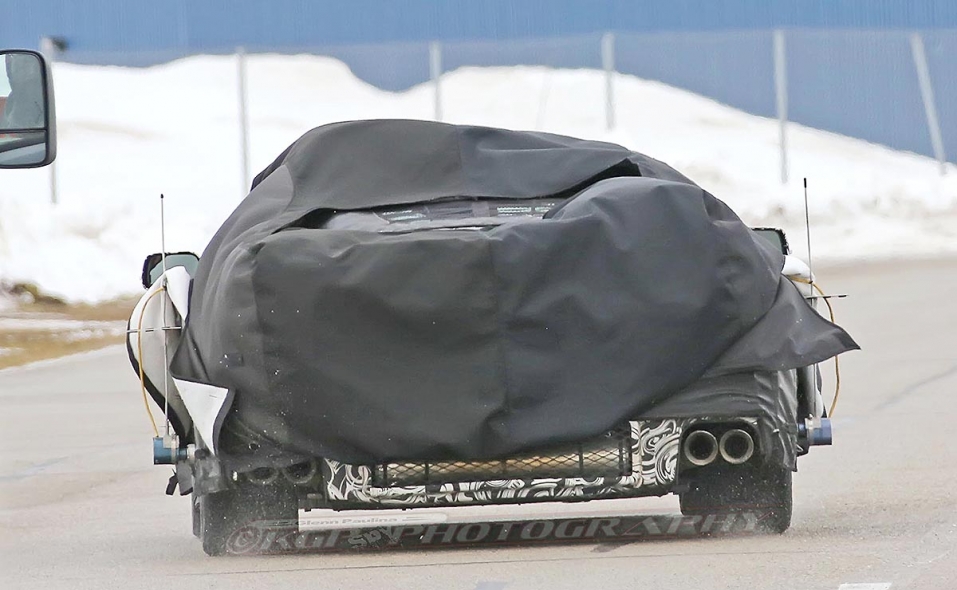 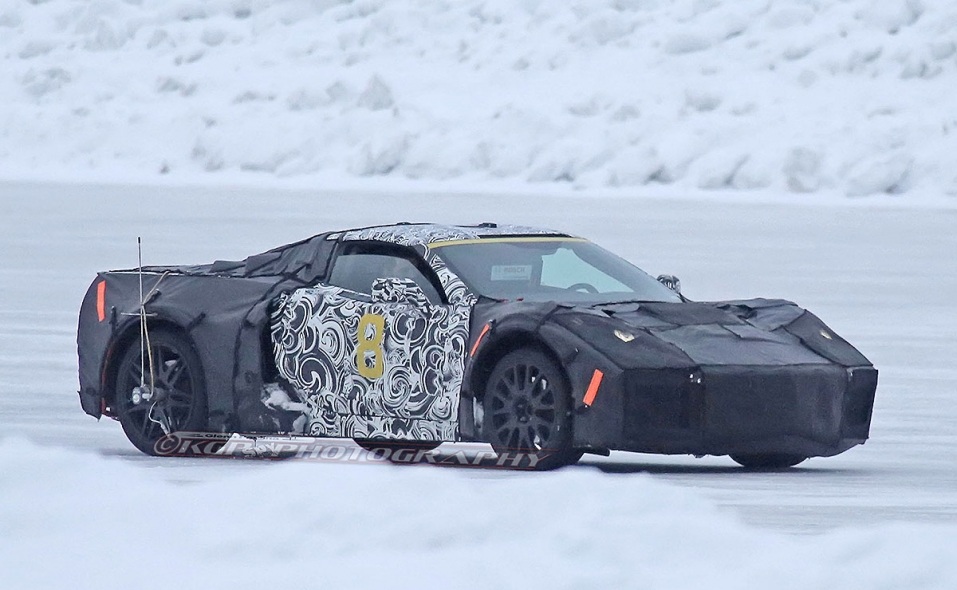 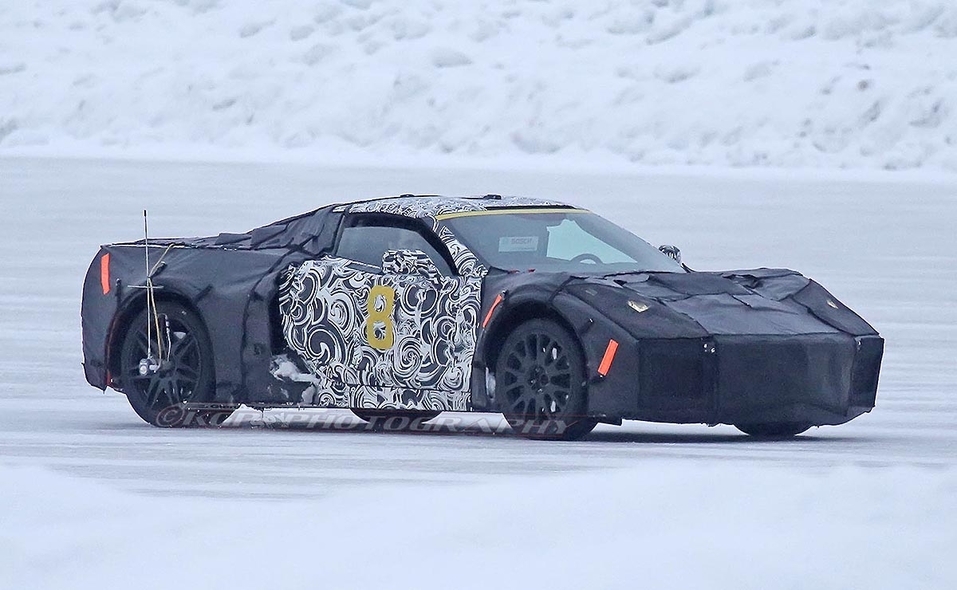 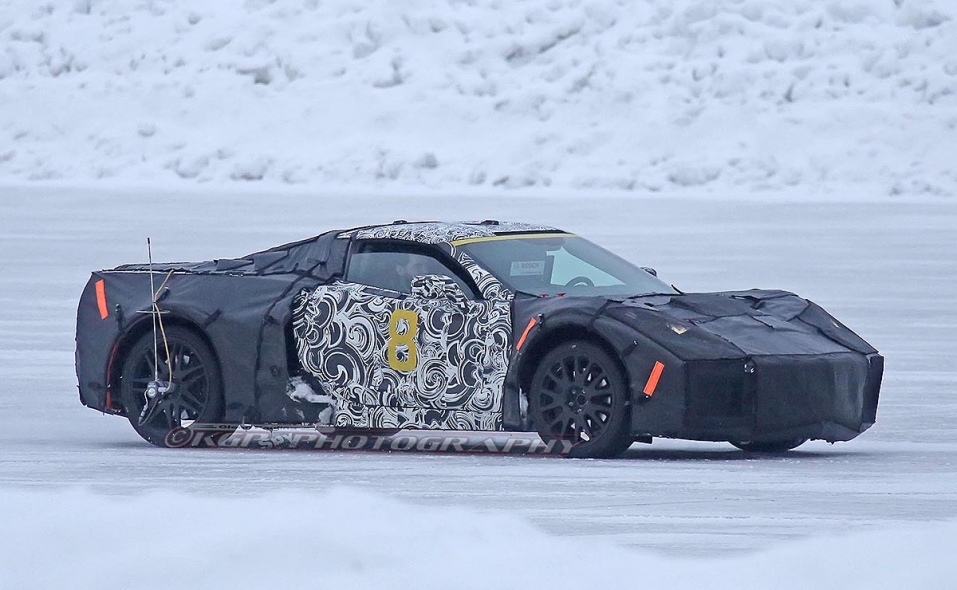 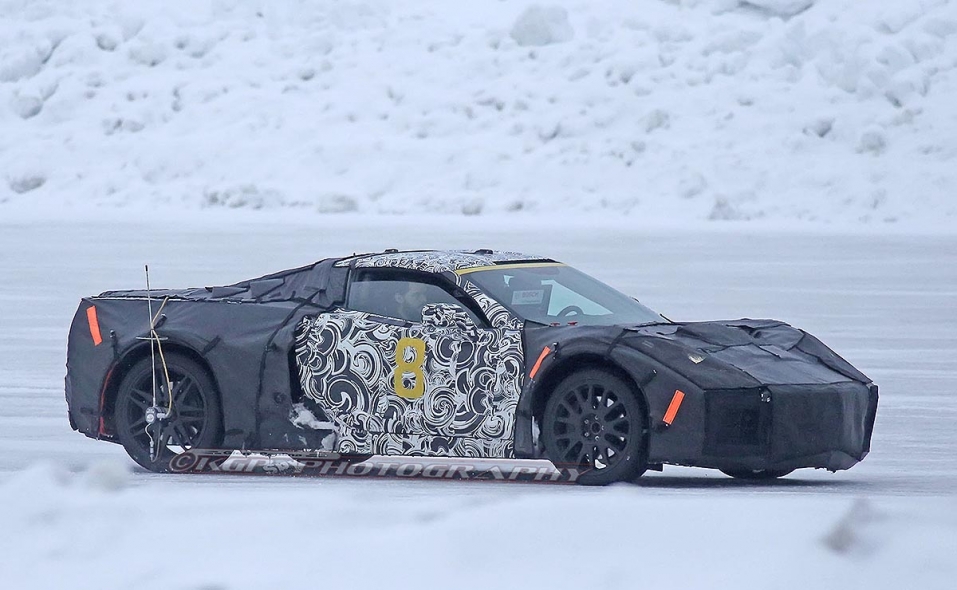 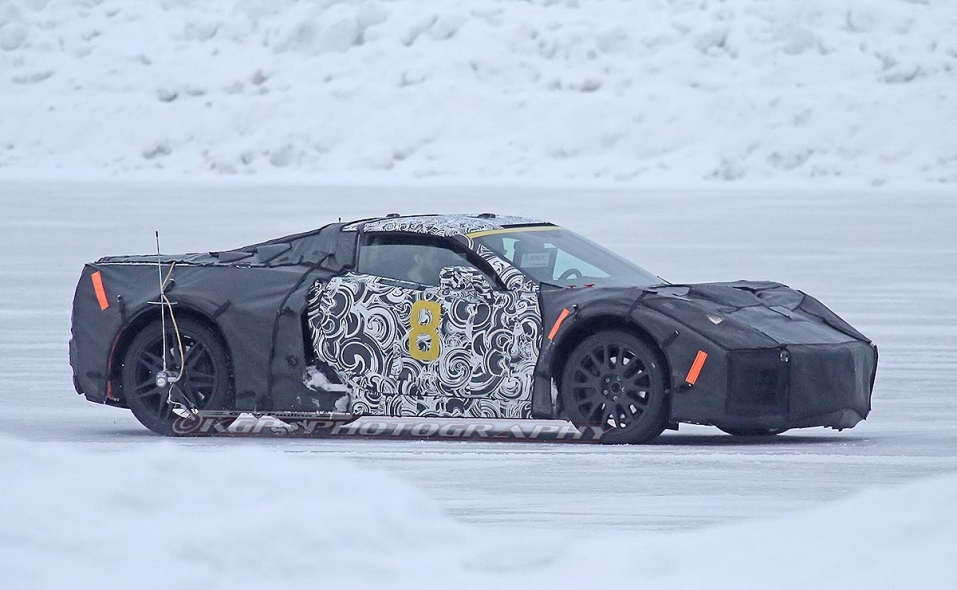 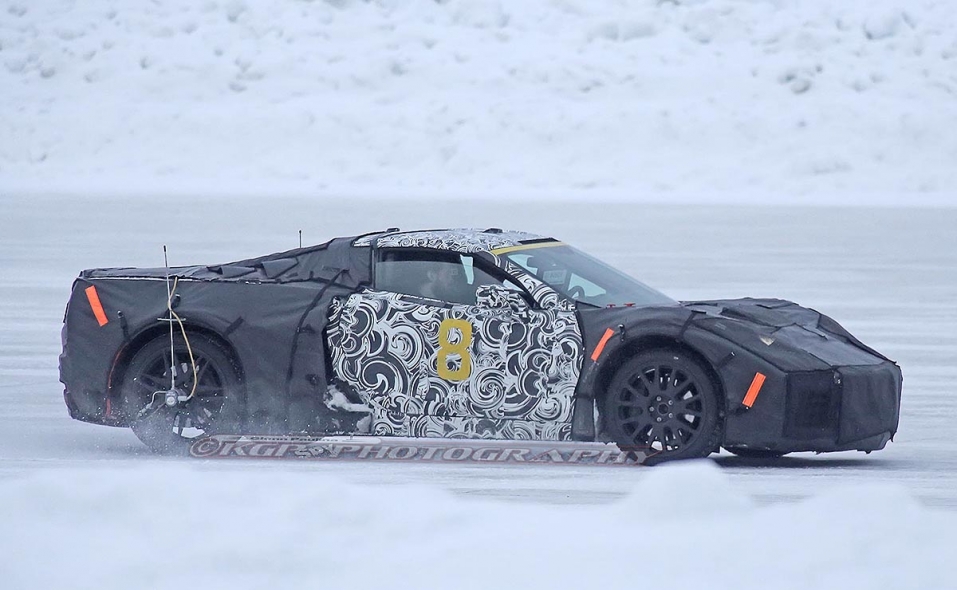 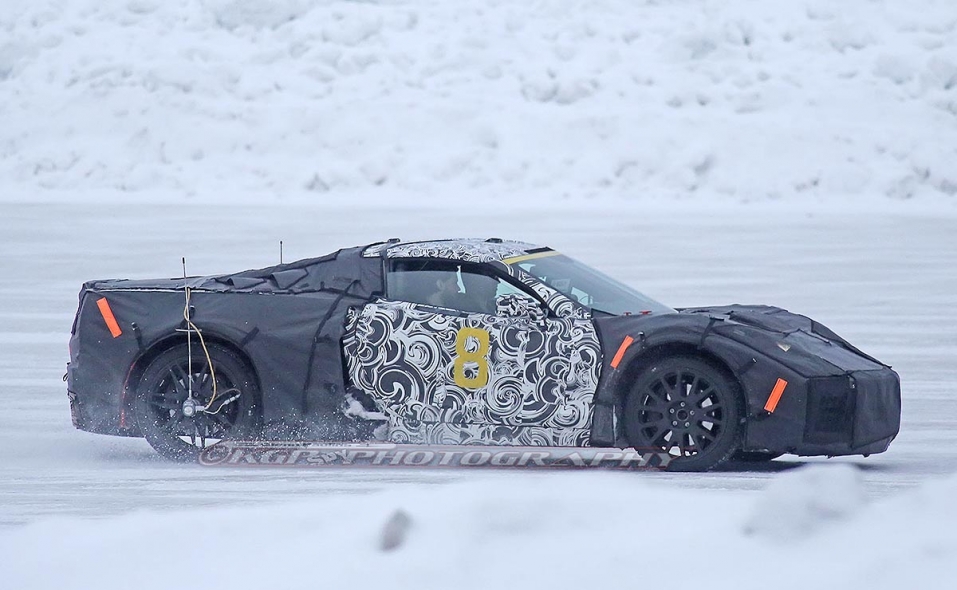 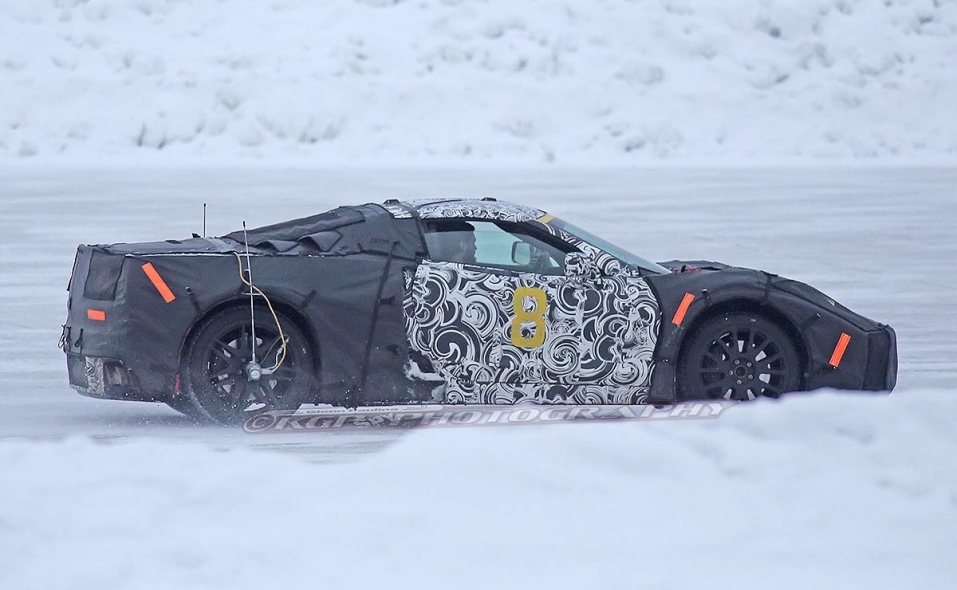 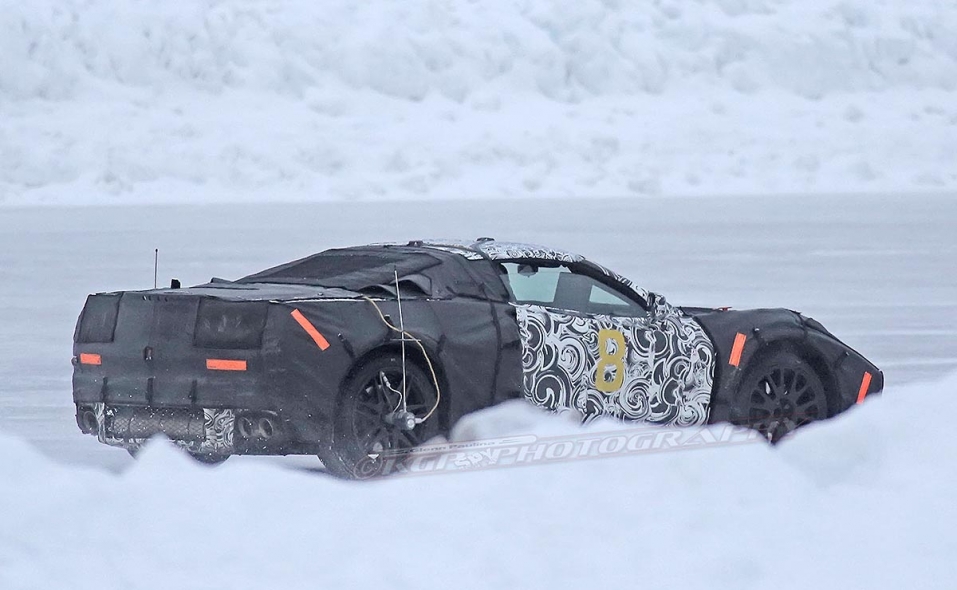 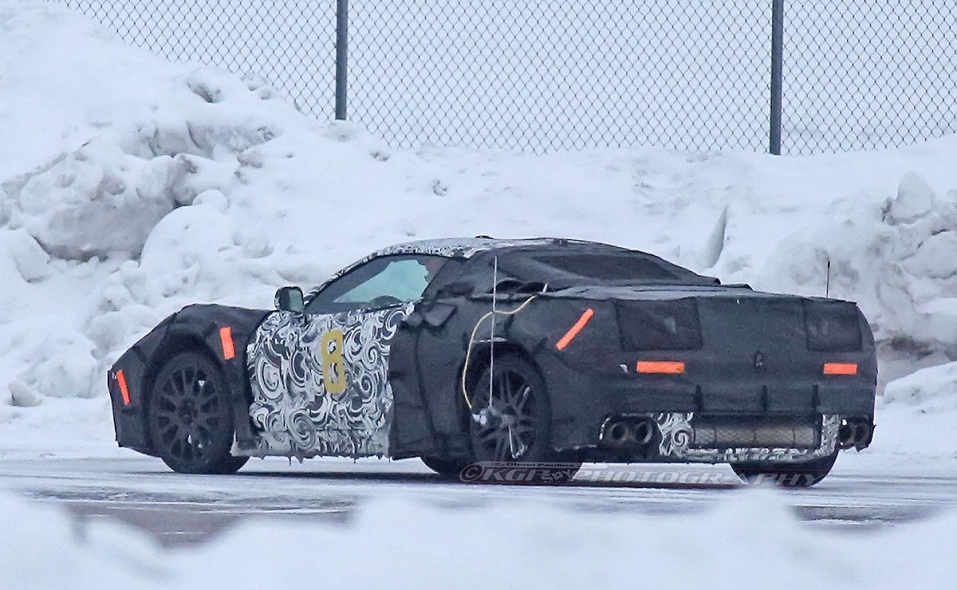 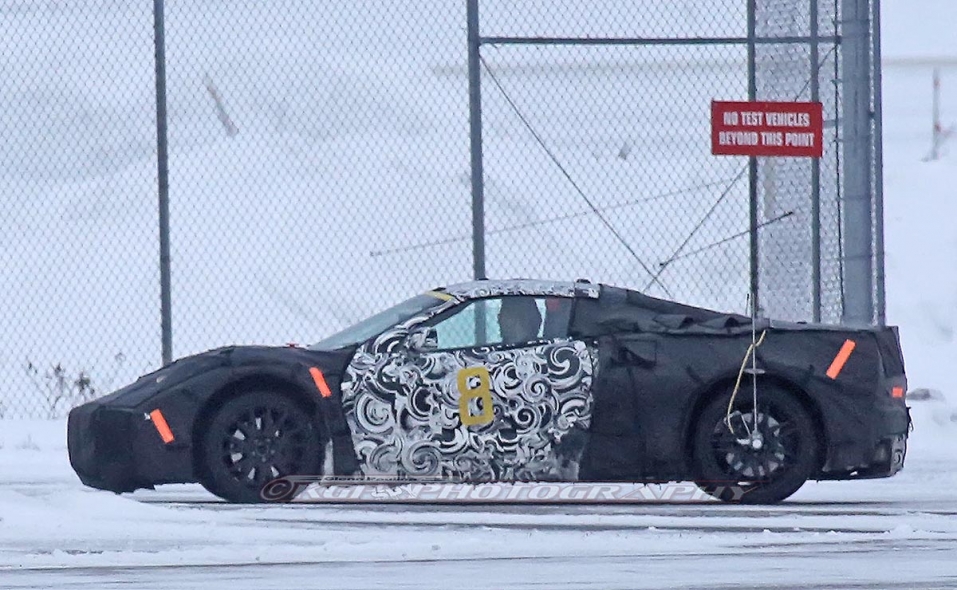 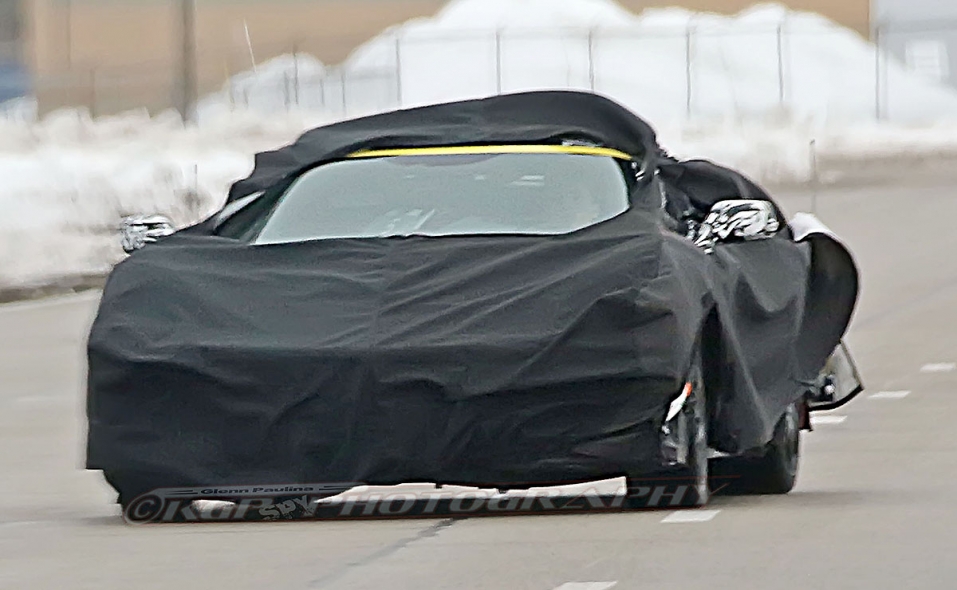 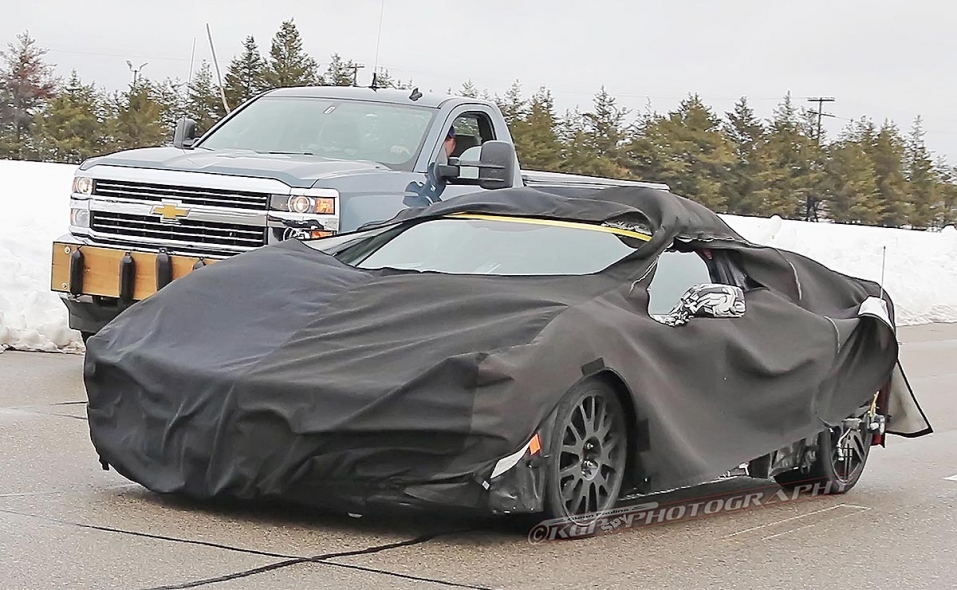 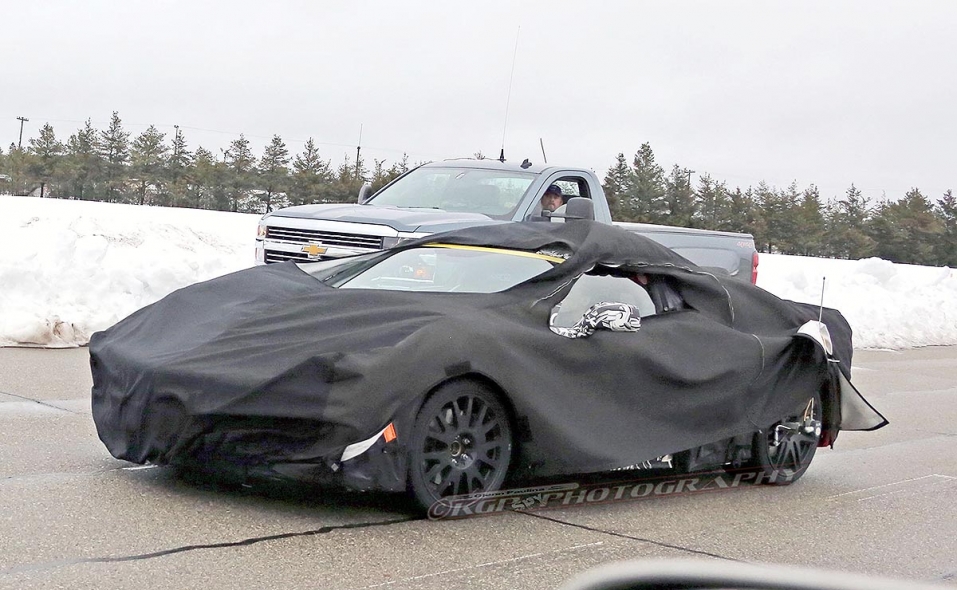 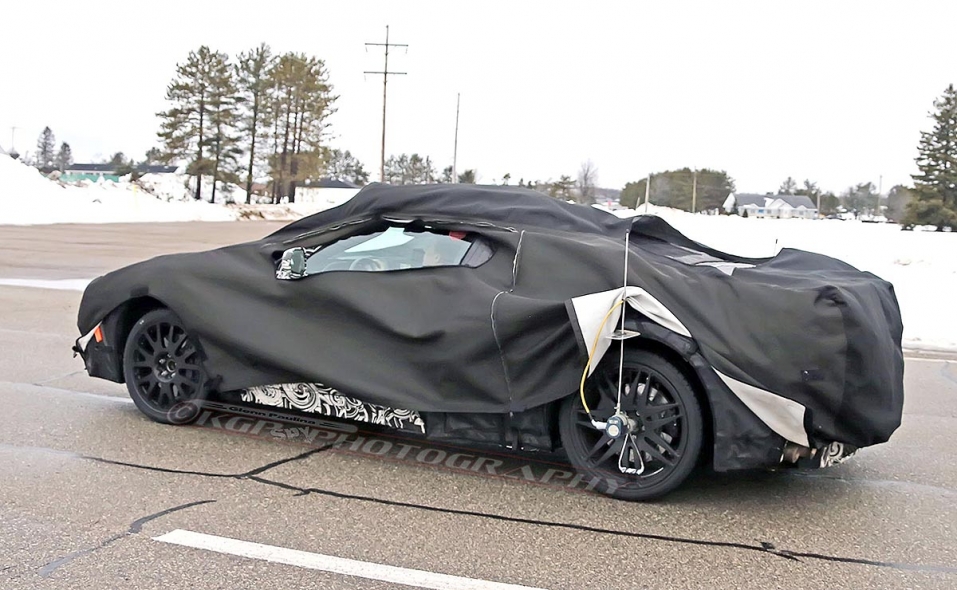 There’s another round of midengine Chevrolet Corvette spy photos, and they’re perhaps the best look at the long-rumored sports car yet.

Spy photographers spotted what appears to be a midengine Corvette at one of General Motors’ winter-testing facilities.

The photos indicate that the vehicle will have a lower hood line, a longer rear deck and a much shorter dash-to-axle ratio.

The midengine mule was spotted, at times, next to a pair of other Corvette prototypes that are likely next-gen ZR1 mules.

Despite being heavily camouflaged, some key design features such as taillights and the vehicle’s exhaust layout were visible.

The latest photos illustrate just how much of a departure, in terms of design and engineering, a midengine Corvette would be for GM.

It remains unclear where a midengine Corvette would stand in the Chevrolet performance lineup and whether it will replace the C7 Corvette outright or coexist with the current generation.

In August, The Detroit News, citing multiple sources, reported that GM plans to begin selling a midengine Corvette in early 2019.

The Corvette, one of GM’s oldest nameplates, continues to attract mostly older buyers, and the automaker is eager to switch to a midengine layout to attract younger consumers, the paper said.

There have been several reports in Car and Driver and other media outlets over the past three years speculating about revived plans for a midengine Corvette.

While the Corvette has been GM’s premier performance vehicle for decades, a switch to a midengine layout would entail a major overhaul of the current car, the C7.

Almost no parts could be carried over because nearly all of the major components on a midengine car would be in different locations.

Switching from a front to midengine layout would entail engineering a new chassis, creating a new transaxle -- the transmission and axle -- to drive the rear wheels, developing new cooling, air-conditioning and suspension systems, and designing an all-new body.

A midengine Corvette would give GM a true competitor to Ford’s GT supercar, which is midengined, as well as supercars from Ferrari, Lamborghini and Porsche.

In June 2016, GM disclosed plans to spend $290 million to retool the Bowling Green, Ky., assembly plant where the Corvette is assembled.

The factory’s assembly operations are set to be upgraded and modified for “technology upgrades and manufacturing process improvements.”

Richard Truett and Autoweek contributed to this report.