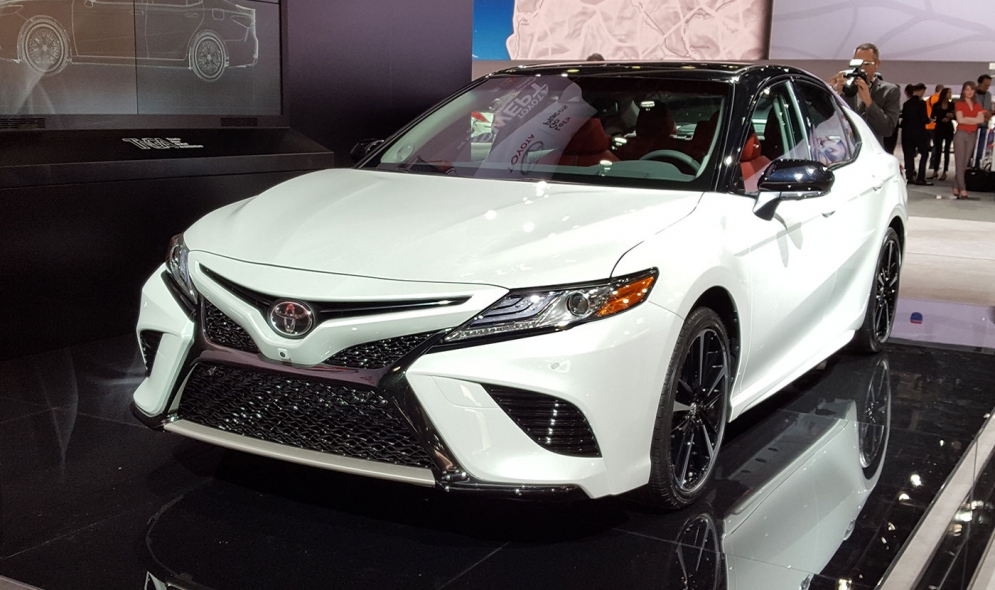 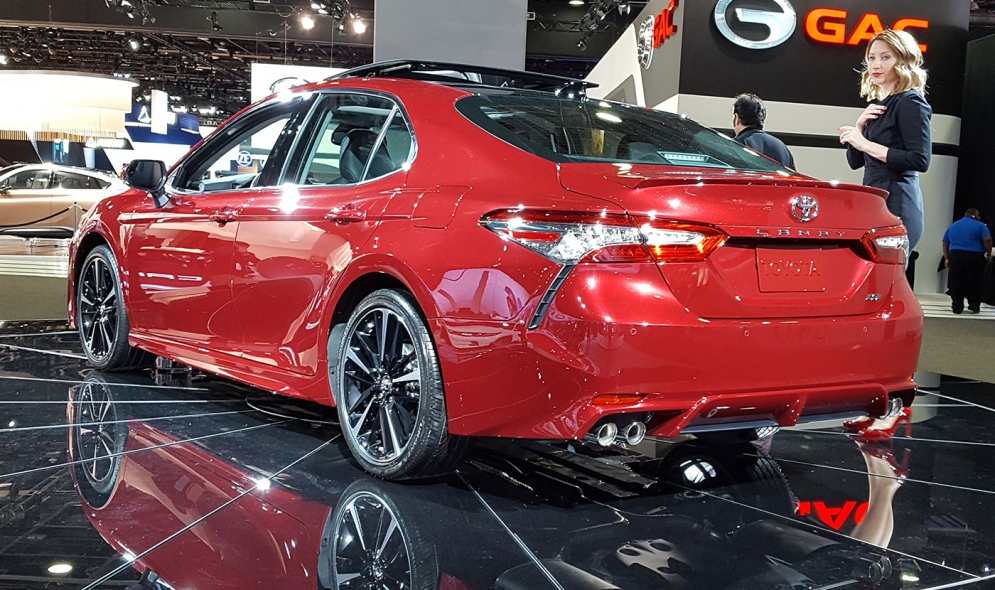 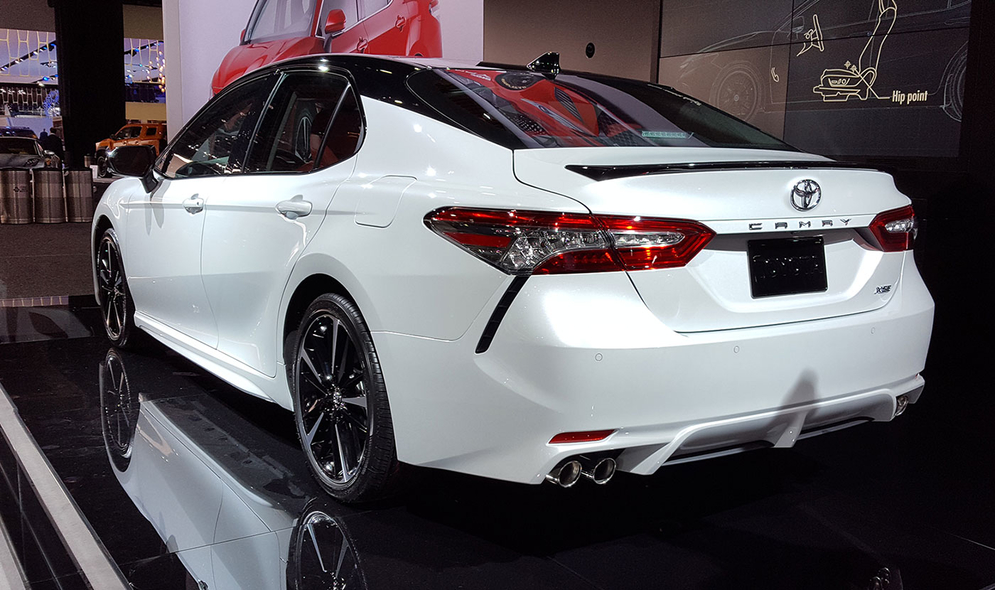 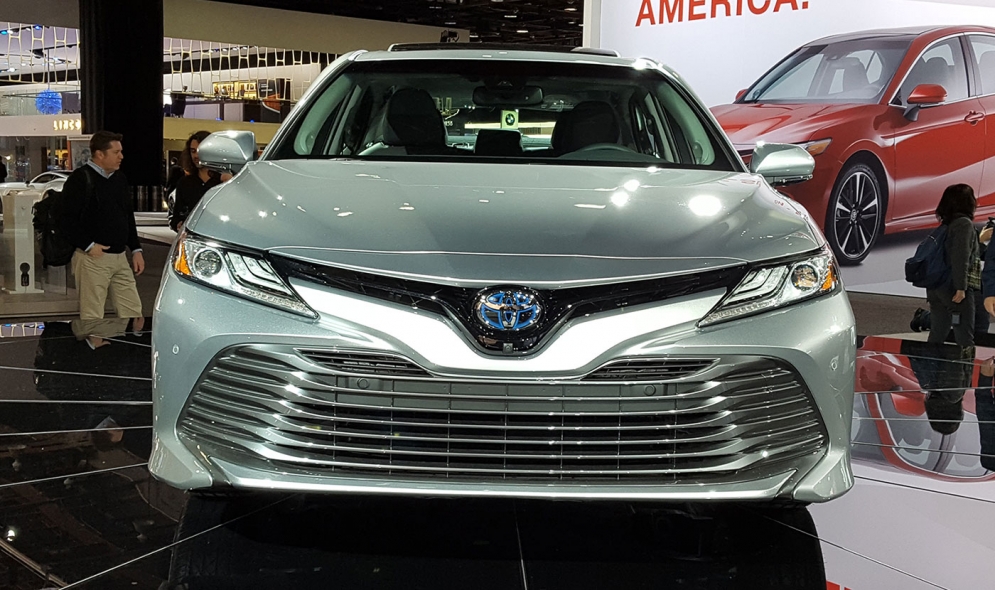 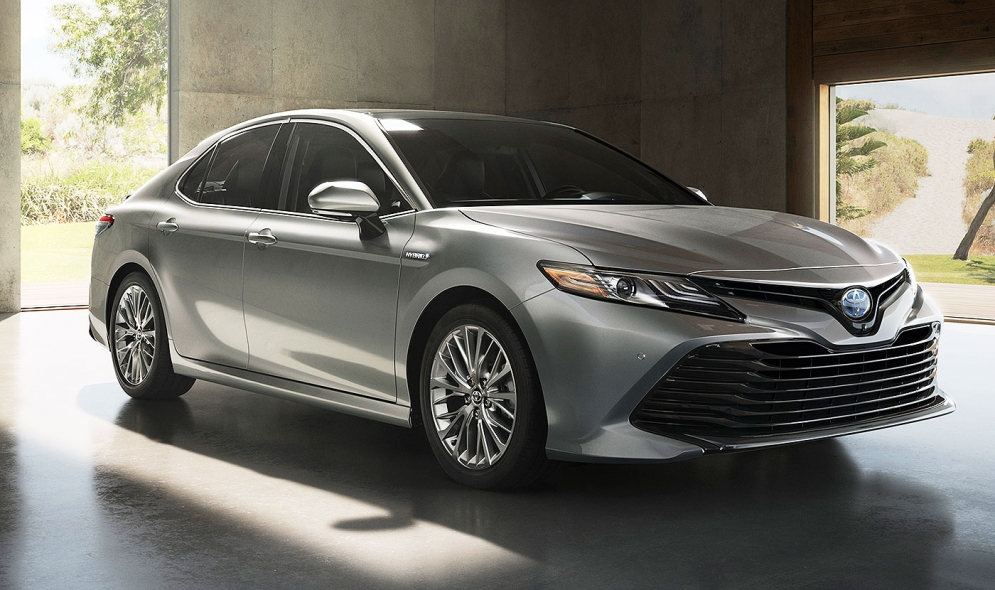 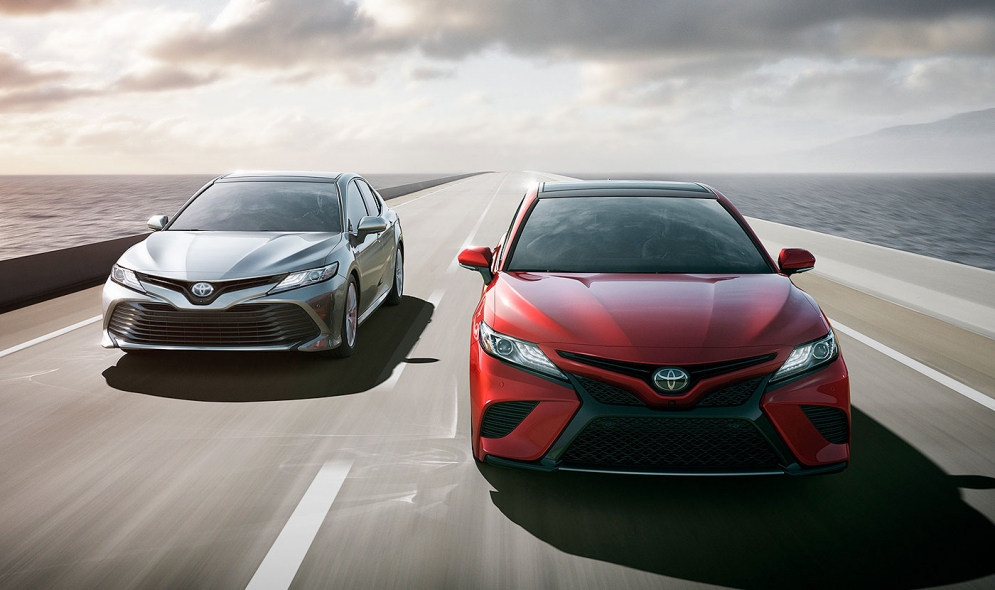 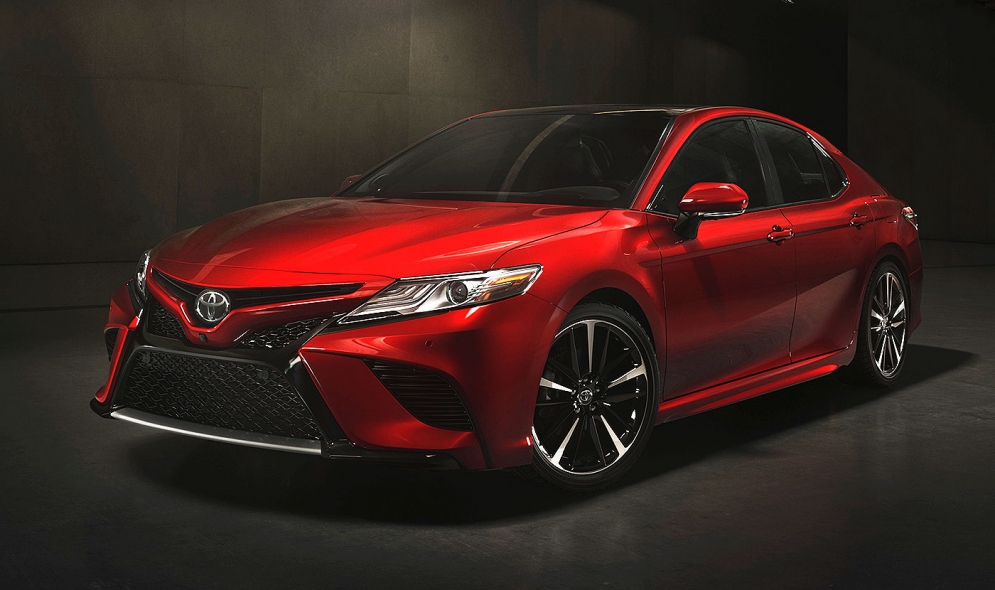 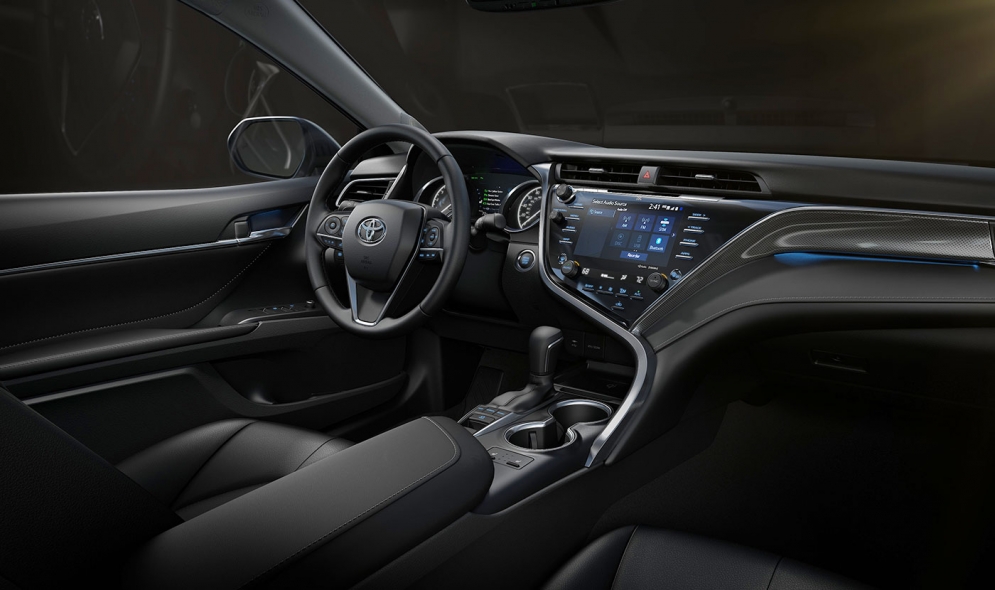 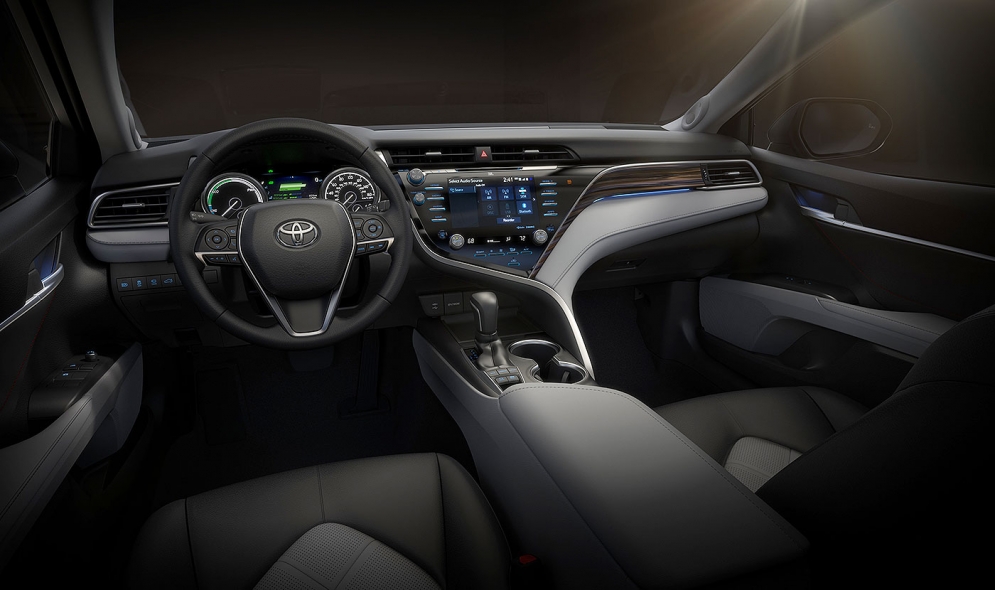 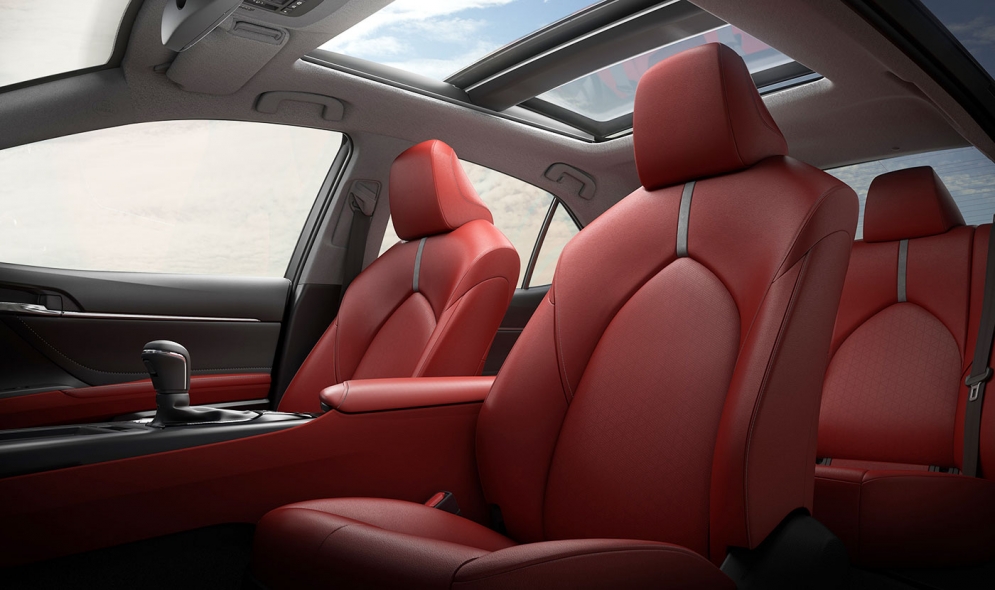 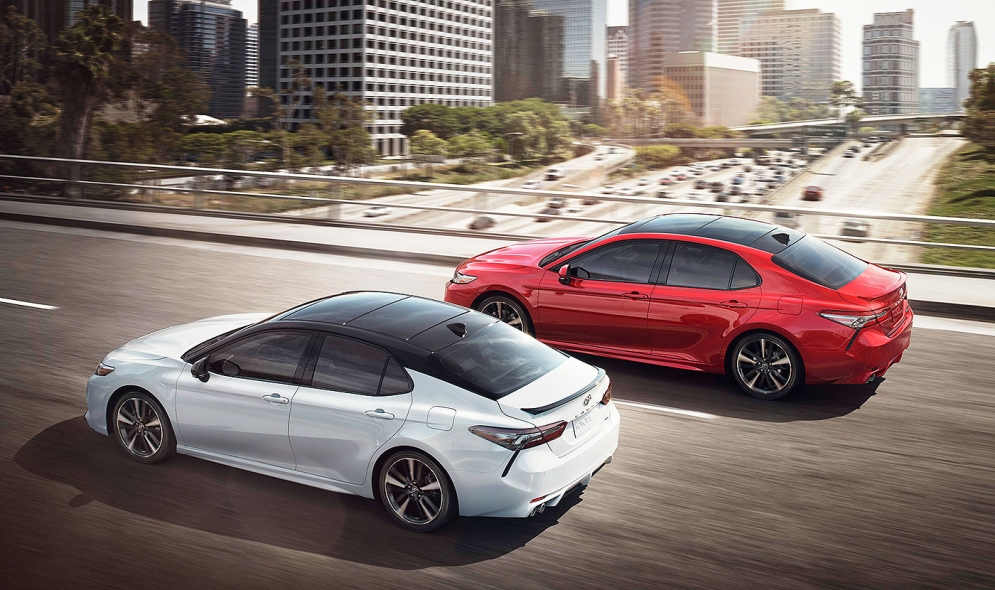 Toyota has retooled the eighth-generation Camry -- America's best-selling car for 15 straight years -- with a far bolder design, improved handling, upscale interior materials and sporty driving dynamics. The goal is to reinvent the venerable midsize sedan against the shift to crossovers. Here’s what analysts and journalists are saying about the 2018 Toyota Camry.

“While the Camry has rarely if ever set a car lover’s heart on fire, it has consistently delivered high levels of competency, including a roomy interior, quiet cabin, slick powertrains, a comfortable ride, and sound handling. The popular model’s reputation is further bolstered by solid reliability and owner satisfaction scores in our surveys. It appears that Toyota wisely didn’t stray too far from its successful formula, although time and testing will tell.”

“And so arrives this Camry gone wild, with an only somewhat more toned-down version of the seemingly sci-fi-inspired look that makes the styling of the current Prius so polarizing, and some of the sculpting that invites a double-take of the upcoming C-HR crossover. The 2018 Camry is within an inch of the 2017 model in length and width, but Toyota hasn’t yielded to the crossover crowd by making the new Camry taller or more upright. It has actually gone the other way; the hood is 1.6 inches lower, and the roofline is lower by 1.2 inches. That let the automaker drop the hip point for occupants an inch in front and 1.2 inches in back. The front seats have been resculpted, while the cowl, beltline, and dash have been lowered, adding to a more open feel inside the cabin.”

“Though sedan sales have lost ground to crossovers in recent years, any manufacturer would be thrilled to offer a vehicle in its lineup that could emulate the Camry's perennially robust sales performance. So, yes, the debut of new Camry is a big deal.

“With that said, the Camry has a reputation of being plain vanilla (we'll only point out that vanilla is far and away the most popular flavor of ice cream). The 2018 model apparently aims to reverse that perception. Take the styling, for instance, for which two distinct themes have been established based on trim level. The XE and XSE trim levels represent what is easily the boldest Camry yet, with a hint of rear fender bulge, well-considered proportions and a confident face. Entry-level LE and XLE models are more subdued, save for an imposing grille. Sure, the new Camry's various creases on the hood and the flanks are a bit fussy, but the new car's attitude is undeniable.”

“Toyota clearly realized that 1) fewer and fewer people are buying sedans 2) other mainstream sedans were catching up to it in terms of quality and performance and 3) a good reputation can only take a vehicle so far. So, in light of all that, Toyota has released a new, stylish Camry with a clear focus on performance.

“From a more powerful engine lineup to an aggressive body to ultra-comfortable seats, Toyota has given buyers every reason to keep paying attention to the best-selling passenger car nameplate in the U.S.”

“The auto market’s best-selling vanilla car is adding a little fudge ripple swirl ... made fresh with a new chassis, lower center of gravity and edgy look. The best-selling car in America for the last 15 years (the Ford F-series pickup is the best-selling vehicle), the Camry has won over generations of buyers with its bullet-proof reliability and IHS Top Safety pick status. But its design has grown tired in a segment that is losing ground to bigger, more utilitarian crossovers.

“Under direction from President Akio Toyoda to make all its products more fun to drive, Toyota’s ol’ reliable Camry tried to stretch the envelope with cosmetic changes for the 2015 model year. But the 2018 car is remade from the ground up on the Toyota New Global Architecture, which first underpinned the (much sportier) Prius hybrid last year.”

“For the interior, designers wanted to provide a more visually appealing look, too, while retaining a practical and intuitive layout. Front seats were redesigned to be more comfortable and supportive, and refinement is up with the use of higher grade soft-touch materials on major surfaces like the dash, center console and door trim.”

"Just a few years ago, the introduction of a new Camry sedan by Toyota Motor would have been a momentous event — for both the automaker and its rivals. An updated version with added features, increased power and better fuel economy was always certain to give Toyota an extra lift in the highly competitive American auto market, and could mean tougher times for other car companies. But at the Detroit auto show this week, the introduction of the all-new 2018 Camry got a muted reception. The Camry, which will arrive in dealerships this fall, won plaudits for its bold sporty look, improved engines, eight-speed transmission and advanced safety electronics. A radar system for detecting pedestrians and other vehicles, and stopping the car before hitting them, will be standard on all versions of the Camry. Yet few analysts are expecting the car to rock the market."