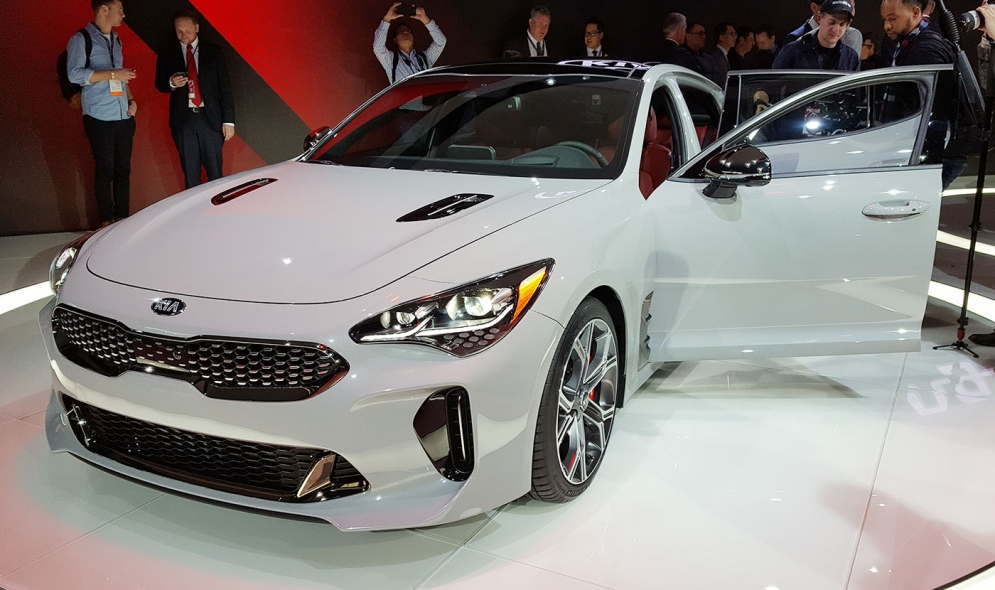 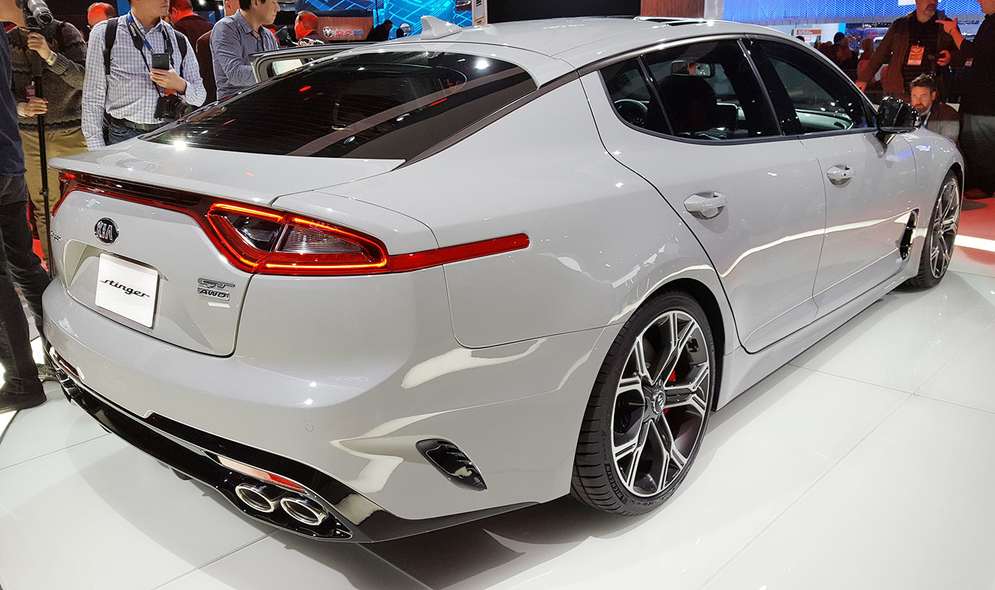 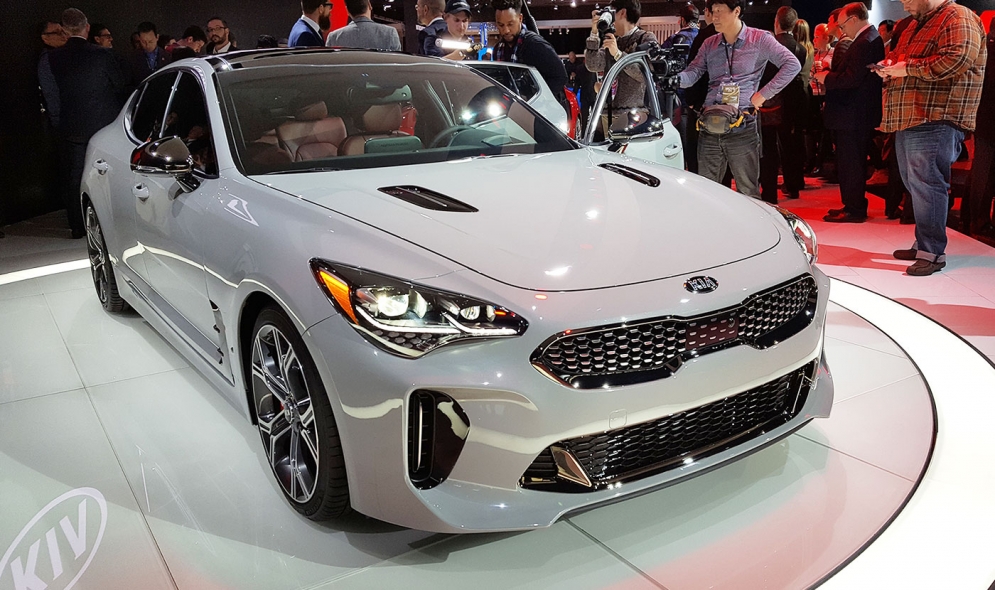 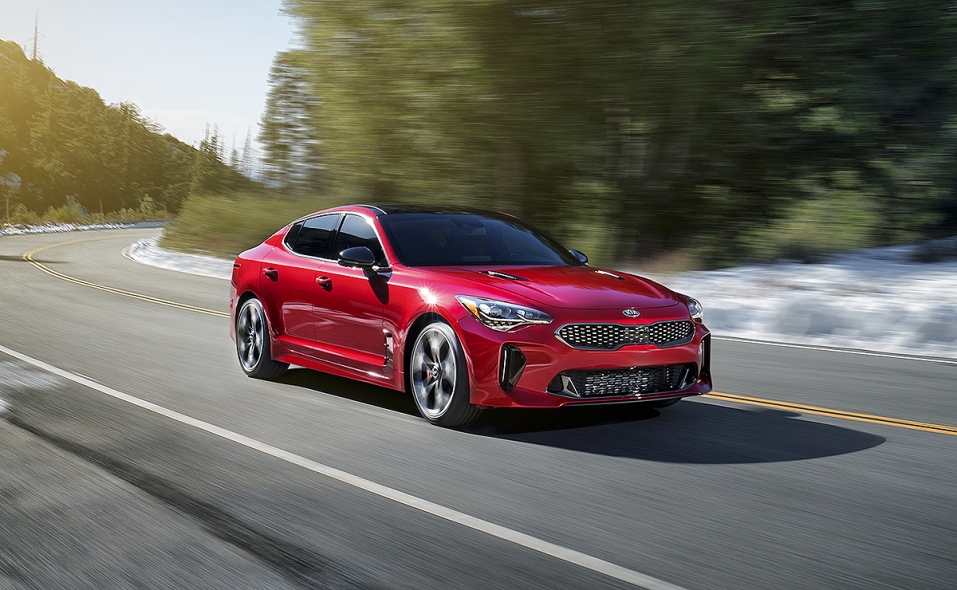 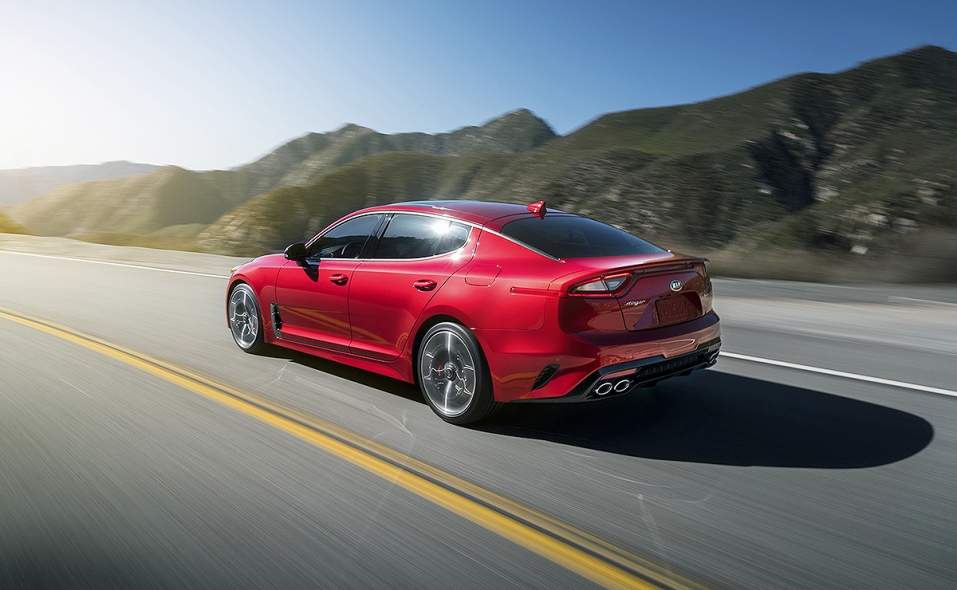 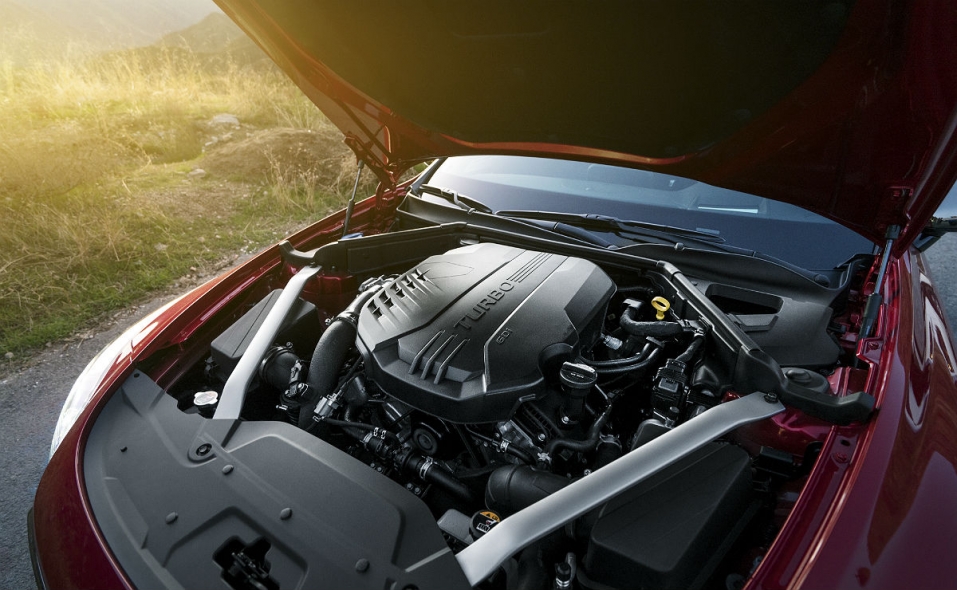 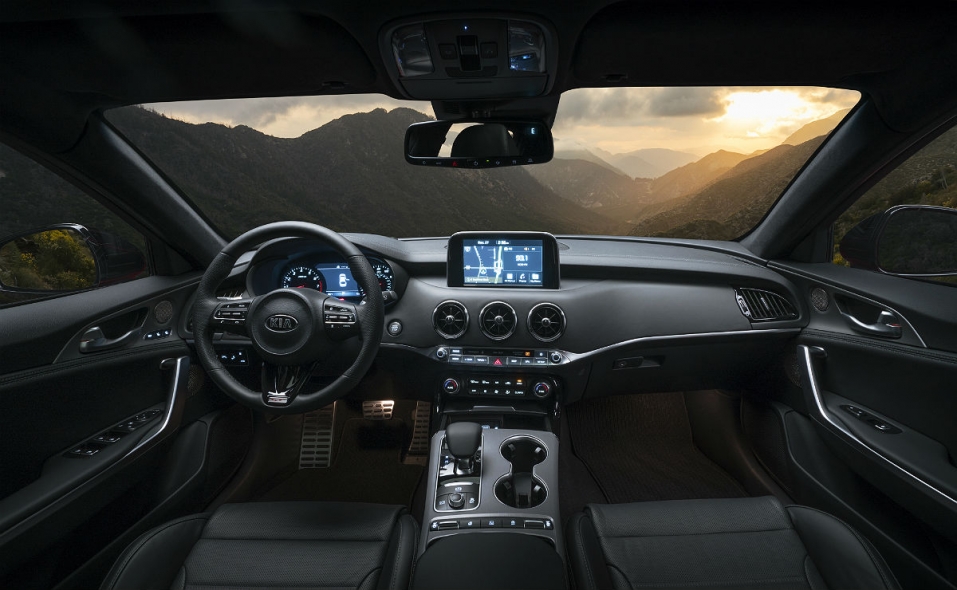 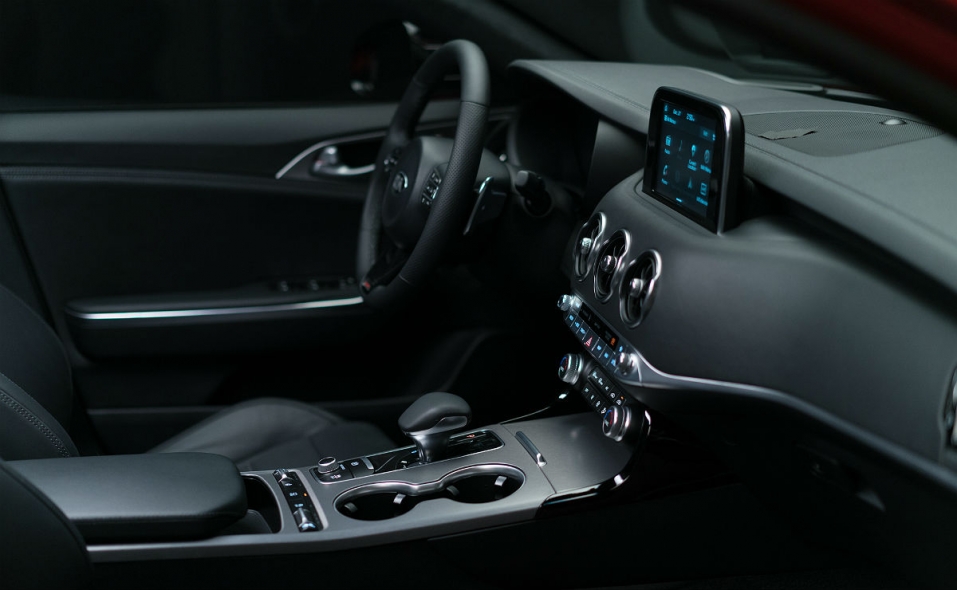 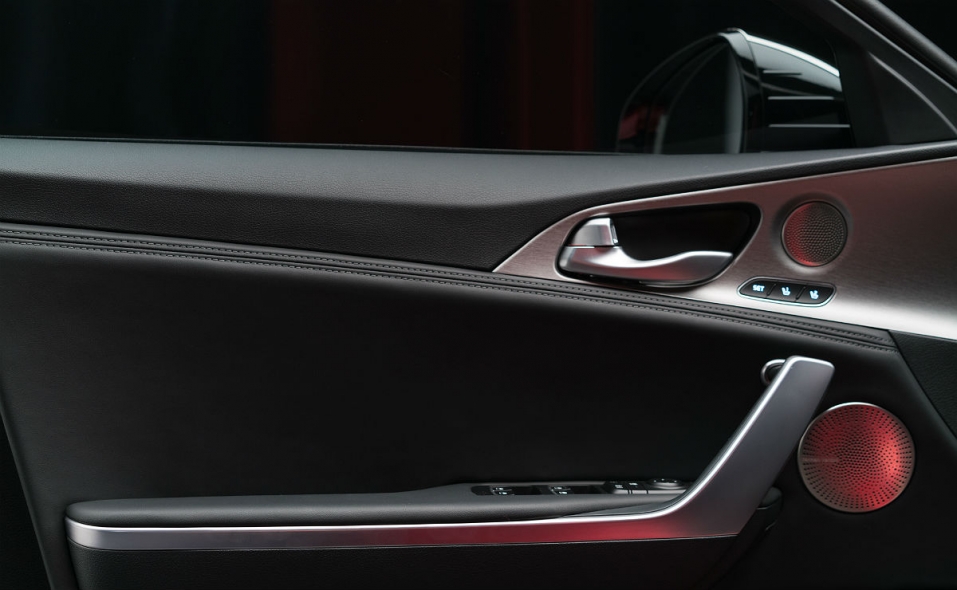 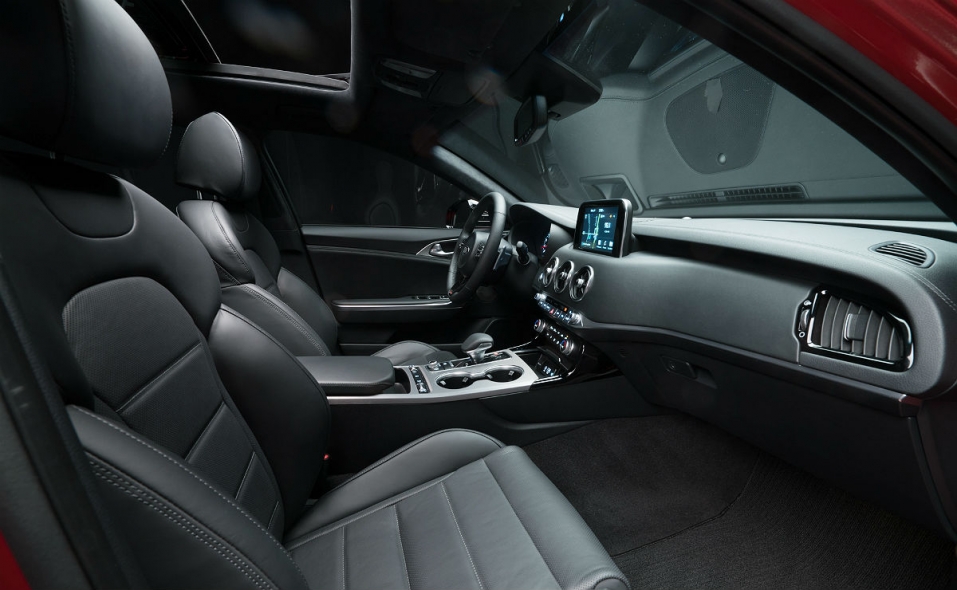 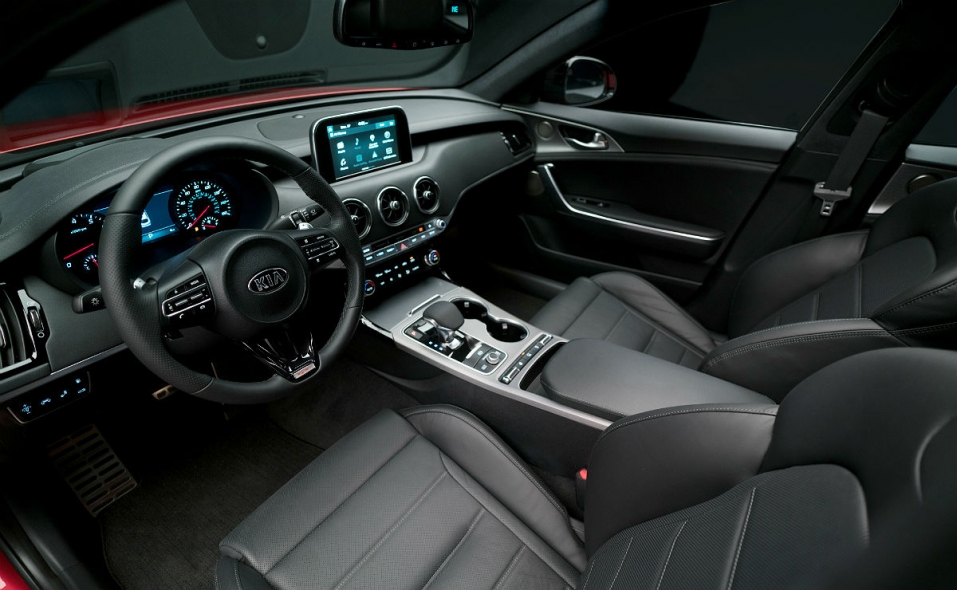 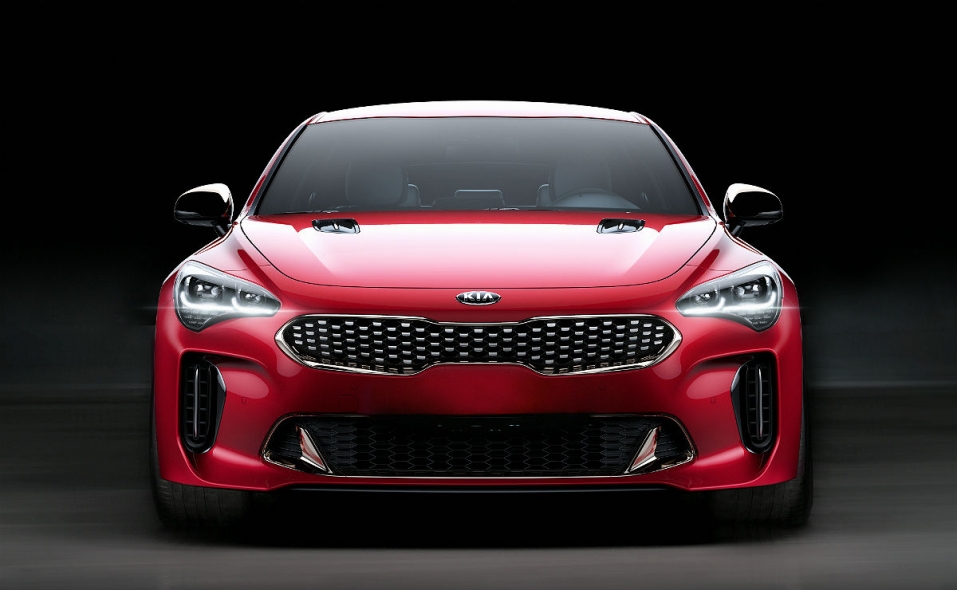 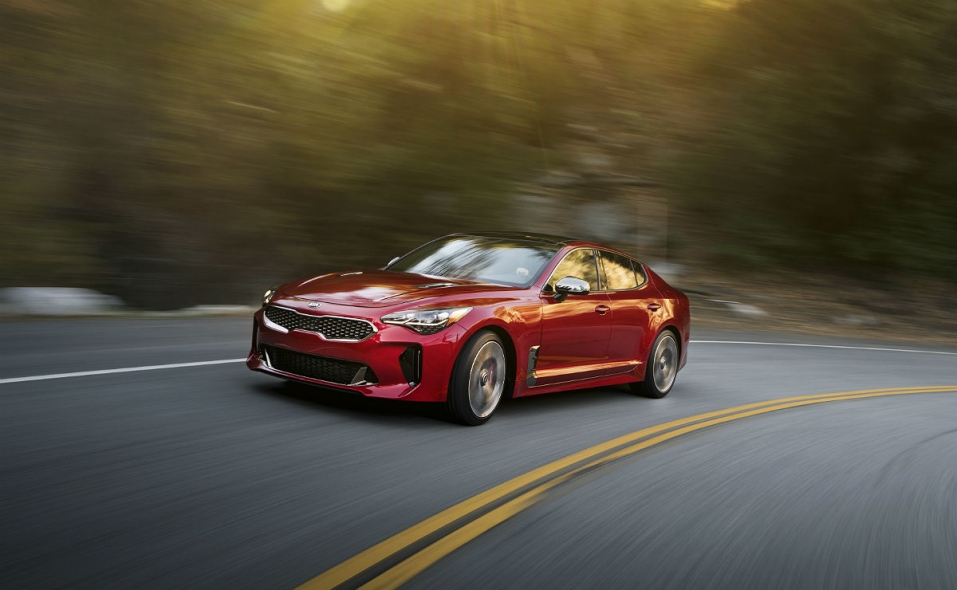 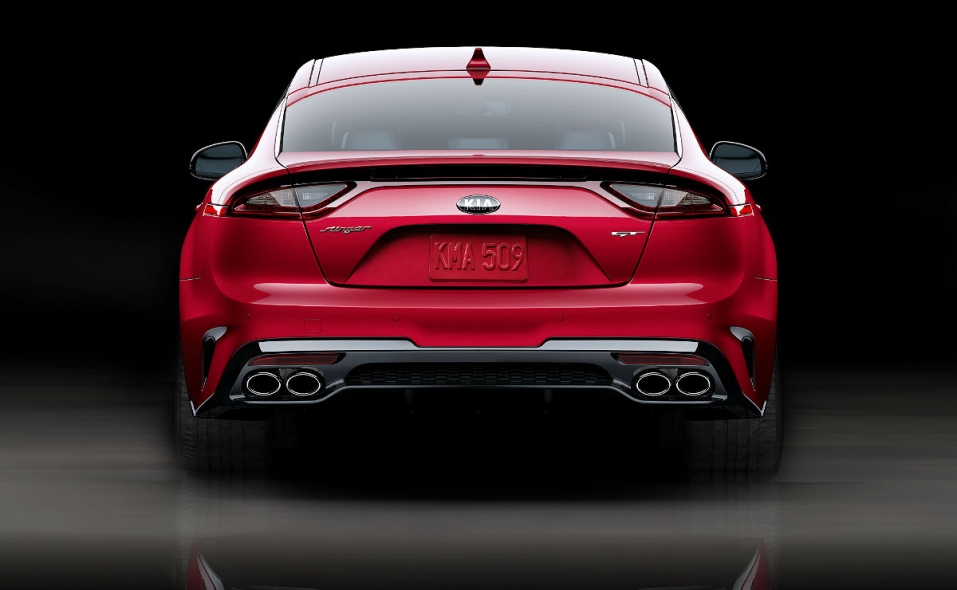 DETROIT -- Kia is flying even farther from its roots with the new Stinger, a midsize four-door hatchback that's aimed at adding more thrill to the brand’s car offerings and challenging European luxury automakers for performance and refinement.

Kia is hoping performance and handling will be seen as the hallmarks of the Stinger, to the degree that it can use the hatchback as an image halo for the entire brand.

Even before the Stinger was introduced Sunday night in Detroit, Kia had launched a marketing campaign centered around video snippets of the car racing around the iconic proving grounds of the Nurburgring in Germany.

“For the Kia brand, the Stinger is like a special event,” said Albert Biermann, head of vehicle testing and high performance for both Kia and Hyundai. “Because nobody expects such a car -- not just the way it looks but also the way it drives. It’s a whole different animal.”

Biermann’s involvement with the project speaks to how seriously Kia and Hyundai are taking the next chapter in each brand’s progress.

The Korean automakers lured Biermann to their side in 2014 from BMW’s famed M division of high-performance vehicles. In his current role with the Koreans, he oversees the development of a variety of new performance-oriented offerings that include this Stinger and its forthcoming cousin, the Genesis G70, as well as Hyundai’s promised N line of high-performance small cars.

Kia, for its part, has embraced not only Biermann, but also the European playbook for performance coupes and sedans.

The new Stinger rides on a new rear-wheel-drive platform that it will share with the G70 -- which could debut later this year -- as well as future Genesis crossover models.

The Stinger's styling was penned with a fastback silhouette similar to Audi's A5 and A7 and largely sticks to the GT concept Kia first shown at the 2011 Frankfurt Motor Show.

The Stinger’s wheelbase is longer than many in the compact sport sedan class dominated by some of the most recognizable -- and imitated -- names in the industry, including the BMW 4 Series Gran Coupe, the Audi A4 and the Mercedes C-Class and CLS.

Rear-wheel-drive with a mechanical limited-slip differential will be standard, while all-wheel-drive with brake-induced torque vectoring will be optional, making this Kia’s first sedan to offer both.

Power comes from one of two engines pulled from the Kia/Hyundai corporate parts bin.

The base offering will be a 2.0-liter turbocharged four-cylinder unit. In the Stinger it’s expected to make 255 horsepower and 260 pounds-feet of torque.

The optional engine will be the new 3.3-liter twin-turbocharged V-6 first introduced in the Genesis G90 and later in the Genesis G80 Sport. In this new Kia it’s expected to produce 365 horsepower and 376 pounds-feet of torque and be good for a 5.1-second 0-60 mph run.

An eight-speed automatic transmission with paddle shifters is standard on both models.

The Stinger’s design also veers into European territory. Styling was overseen by Kia/Hyundai design chief Peter Schreyer -- himself a European export to the Korean brands. Under his eye, the Stinger was penned with a fastback silhouette similar to Audi’s A5 and A7 and largely sticks to the GT concept Kia first shown at the 2011 Frankfurt Motor Show.

With the benefit of rwd achitecture, Kia was able to give the Stinger a long hood with short front overhang. While the front of the car is a more aggressive evolution of the current Kia design mold, the rear end breaks it completely and carries a distinctly Italian look, with triangular taillamps mounted high in the corners and two oval tailpipes at each corner of the bumper.