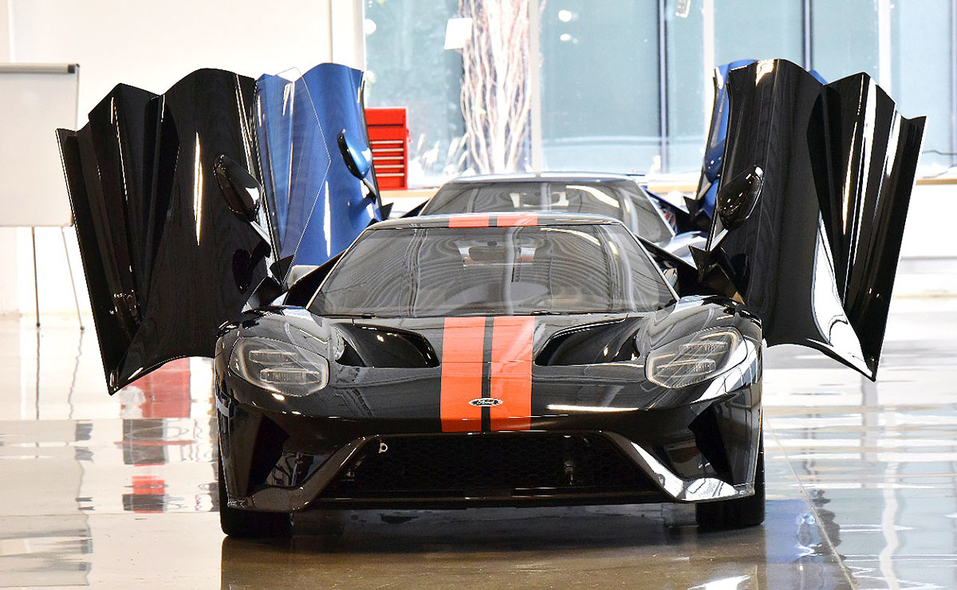 FORD
This black Ford GT was among the first to roll off the line, and will be used as a marketing vehicle, Ford said. 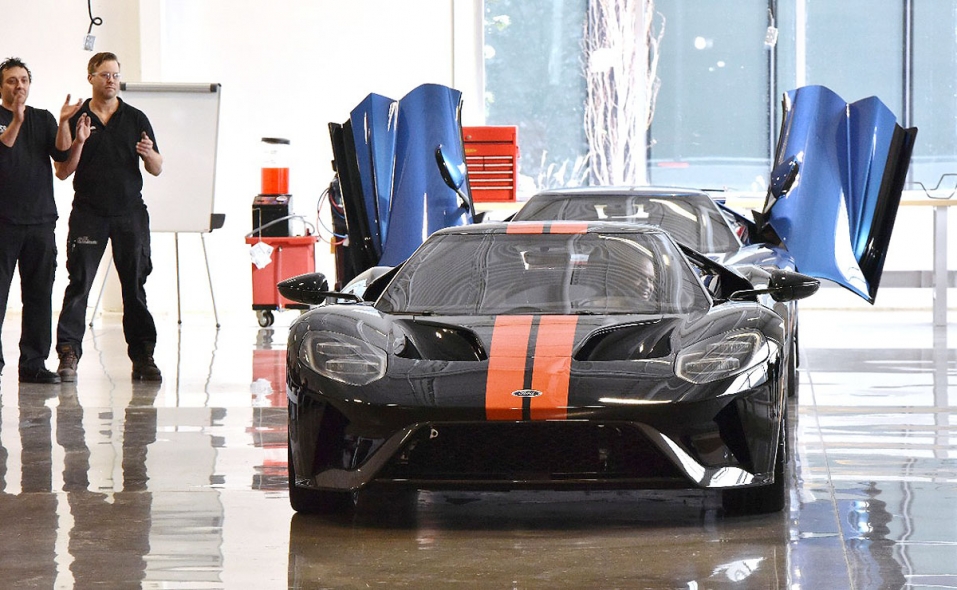 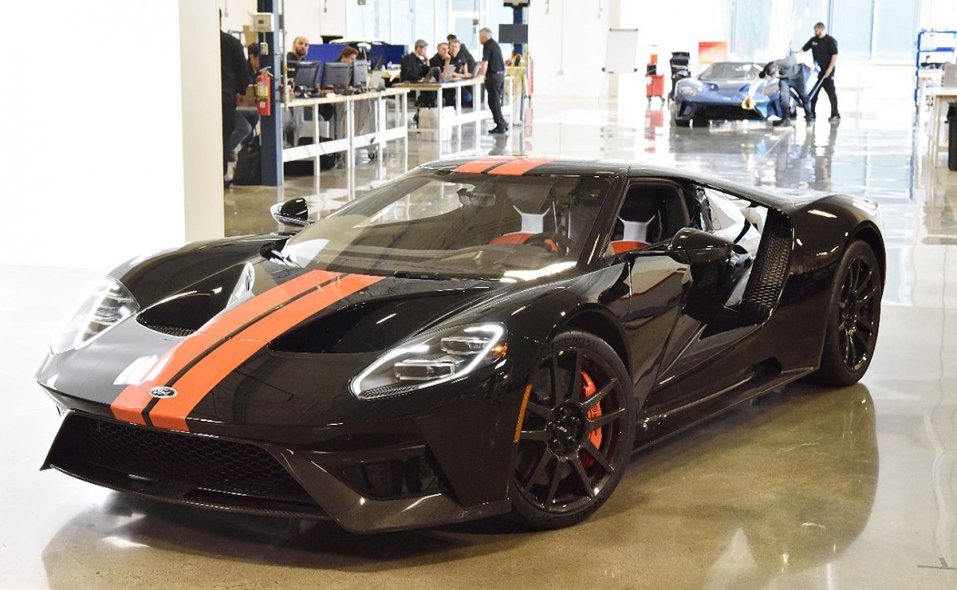 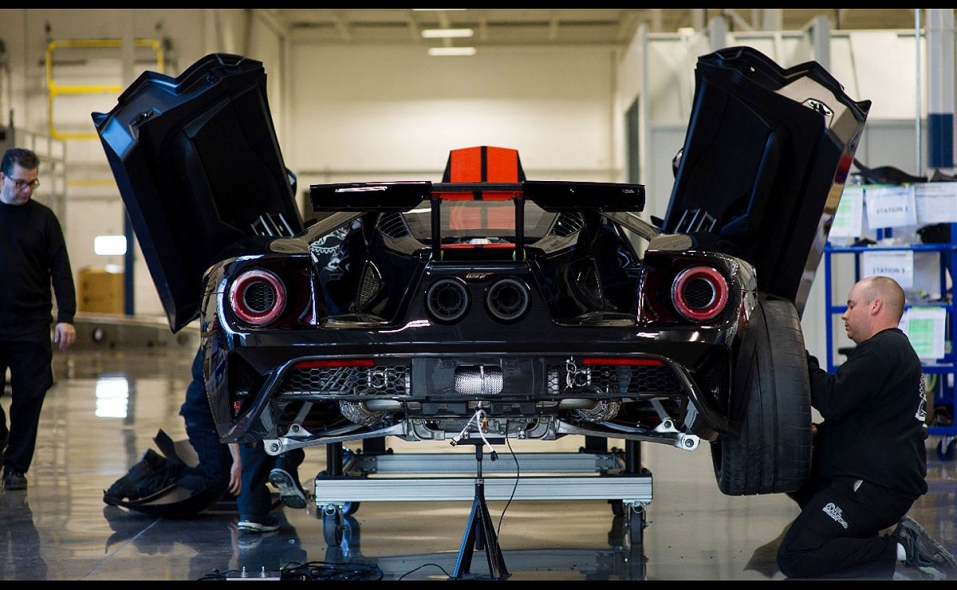 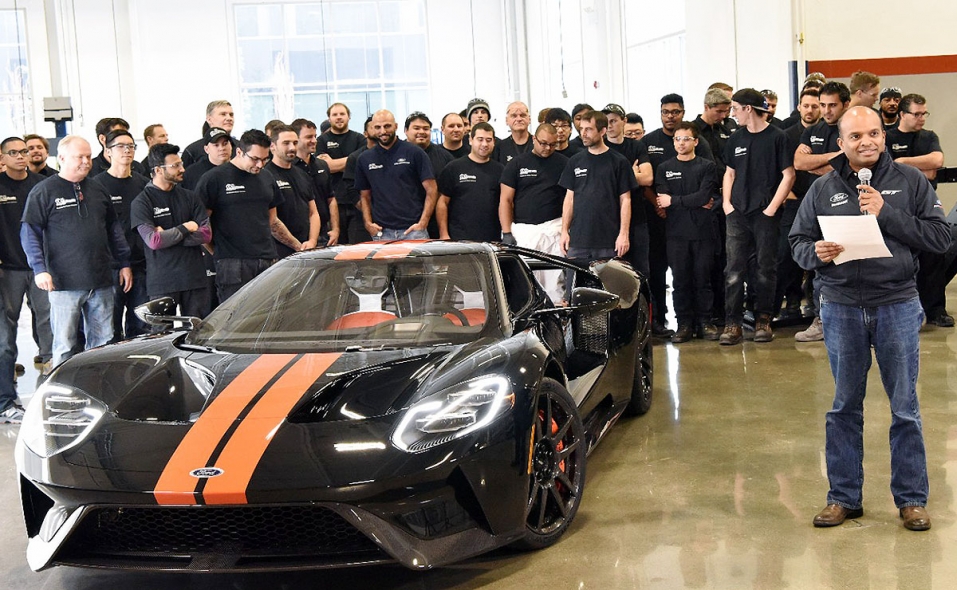 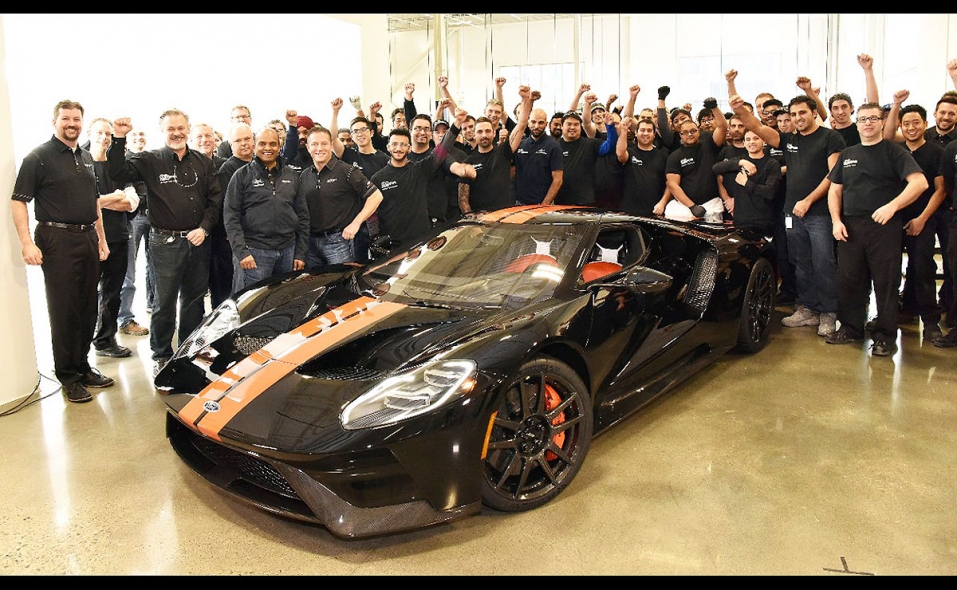 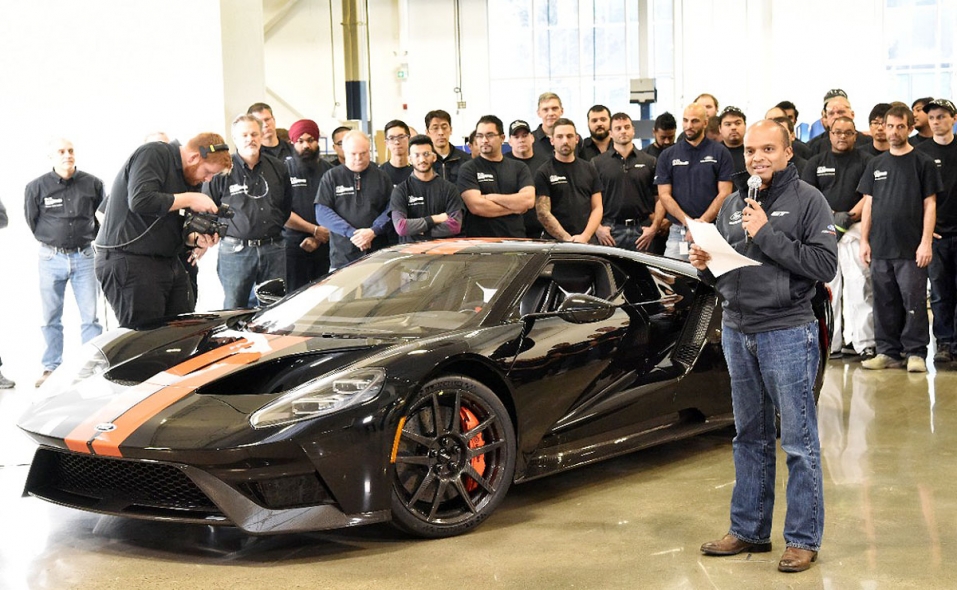 DETROIT -- Ford Motor Co. has begun production and delivery of its 2017 GT supercar.

A black GT with orange racing stripes and an orange interior pictured in press photos today was among the first to roll off the line, and will be used as a marketing vehicle.

“When we kicked off 2016, we had two primary objectives for our Ford GT supercar -- to excel at Le Mans, and to start deliveries before year-end,” Raj Nair, head of Ford’s product development, said in a statement. “We’ve achieved both.”

Ford limited production to 250 a year -- it received more than 6,000 applications for the first 500. It announced earlier this year it will extend production an additional two years, through the 2020 model year.

The application process favored current GT owners and Ford loyalists to ensure the new cars will be driven on the road and not stored or flipped for a profit. The third year of production will be set aside for applicants who were placed on the waitlist for the first batch of cars. The application process for fourth-year cars will open in early 2018, Ford said previously.

The vehicle was developed in a secret basement design studio by a small team and was unveiled at the 2015 Detroit auto show. The racing version, which is very similar to the street versions customers can buy, won the prestigious 2016 24 Hours of Le Mans race in France on the 50th anniversary of Ford’s first victory there over rivals Porsche and Ferrari.