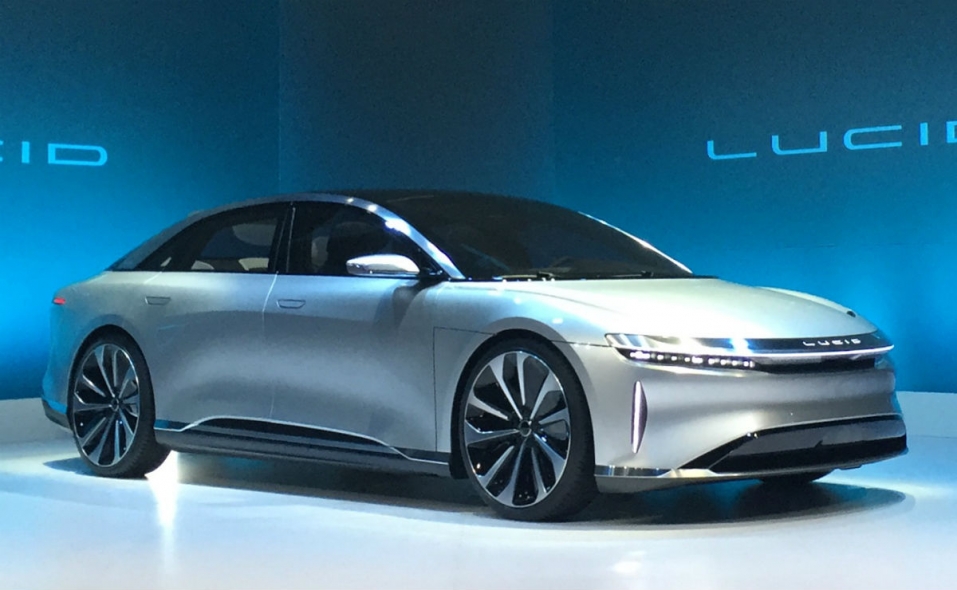 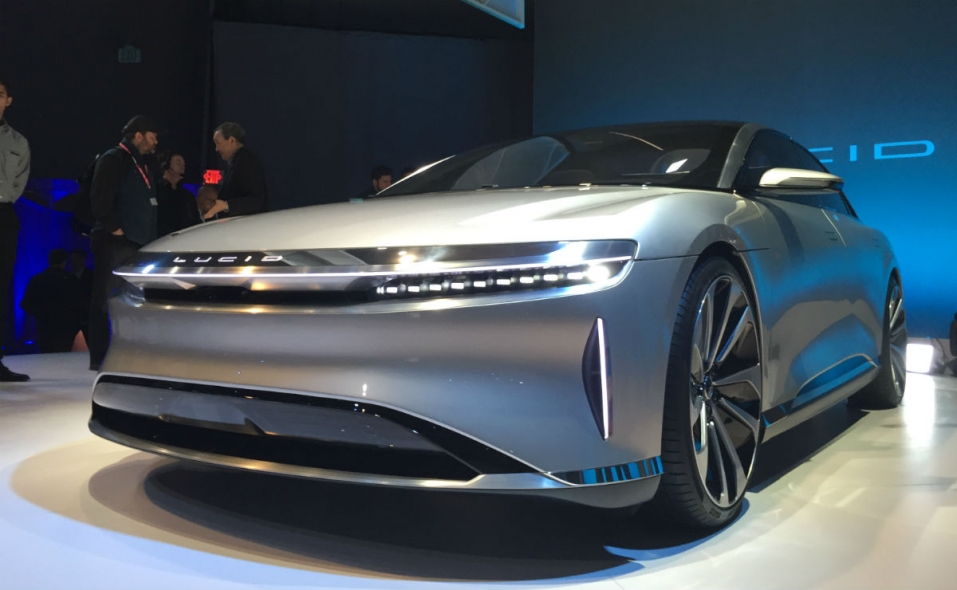 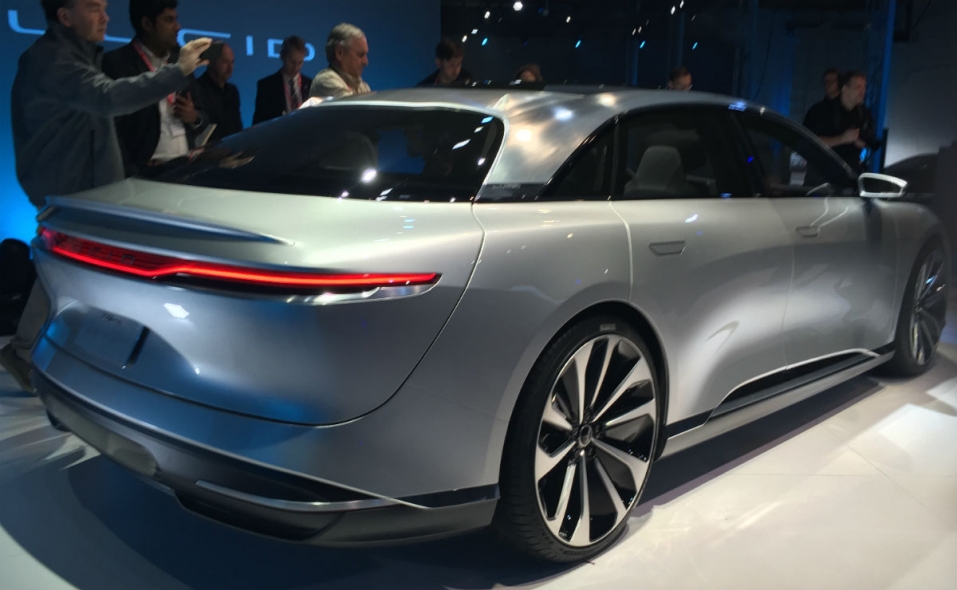 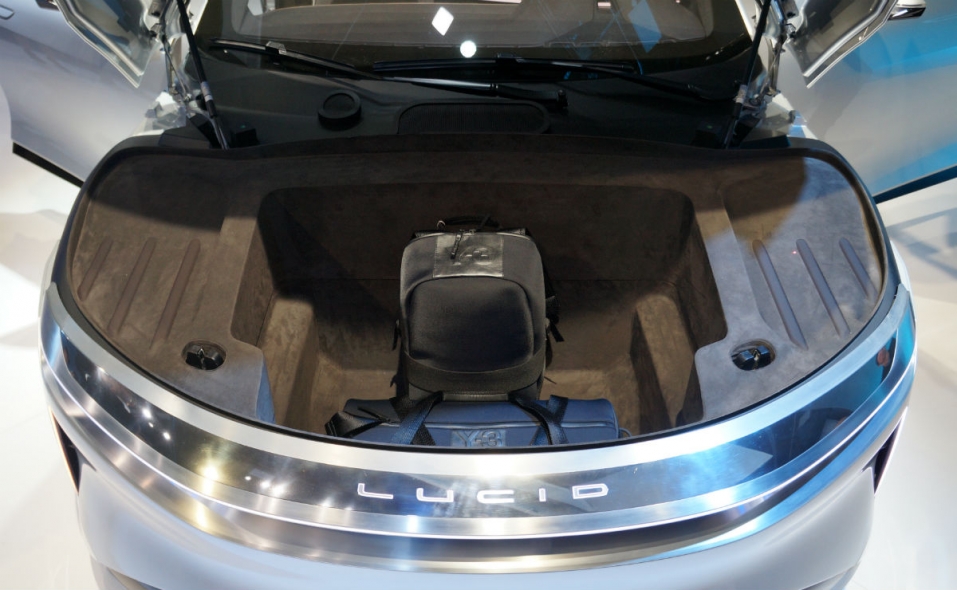 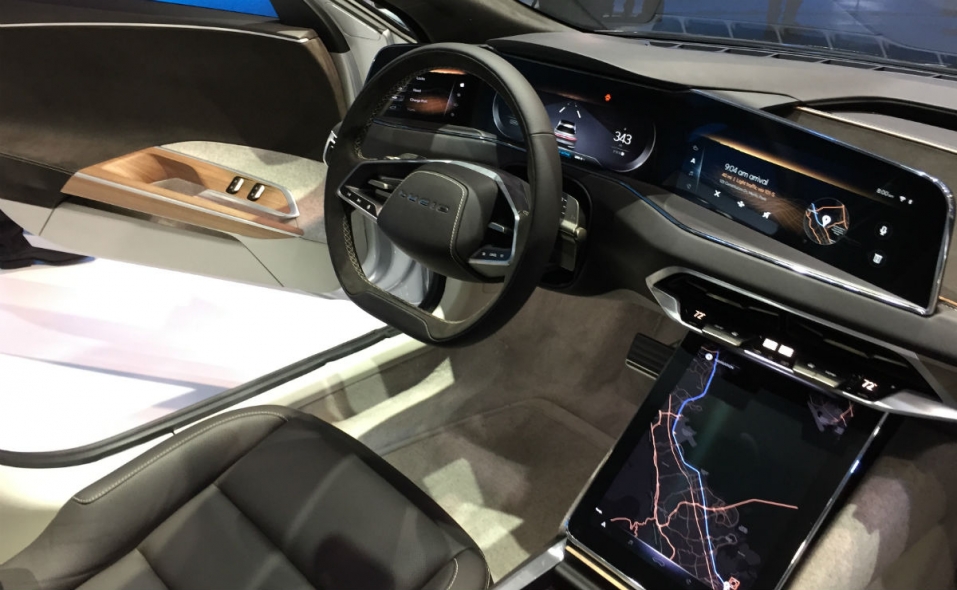 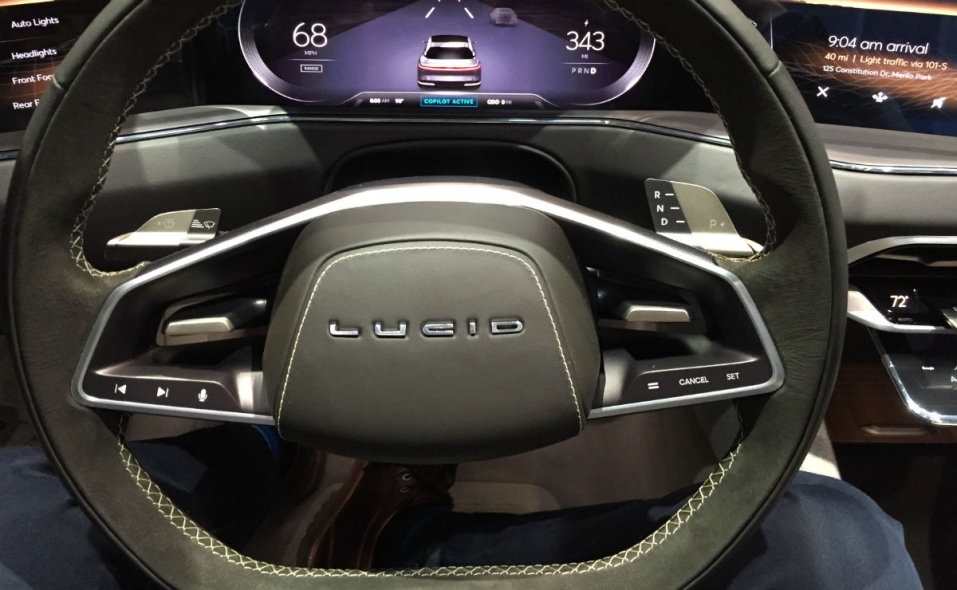 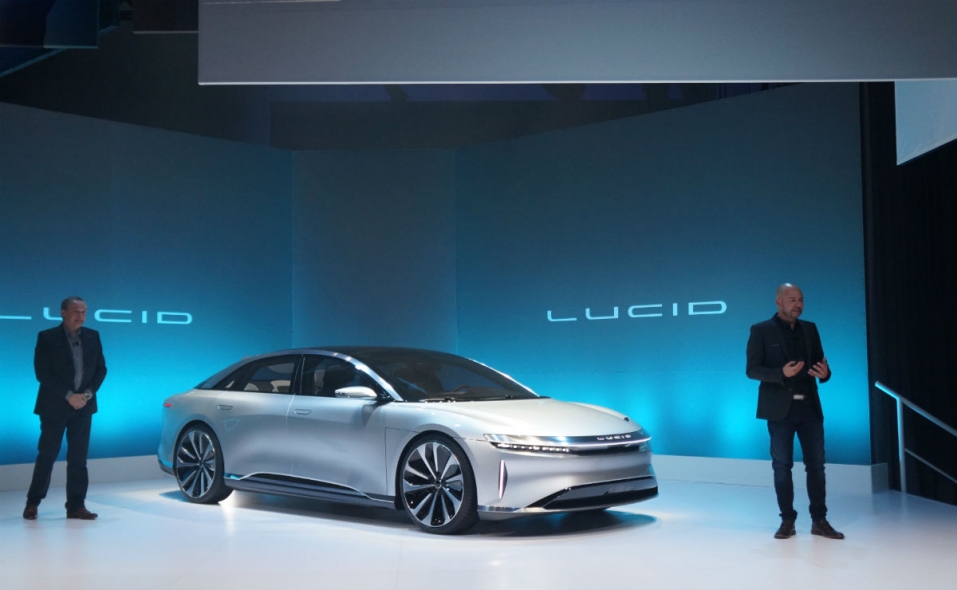 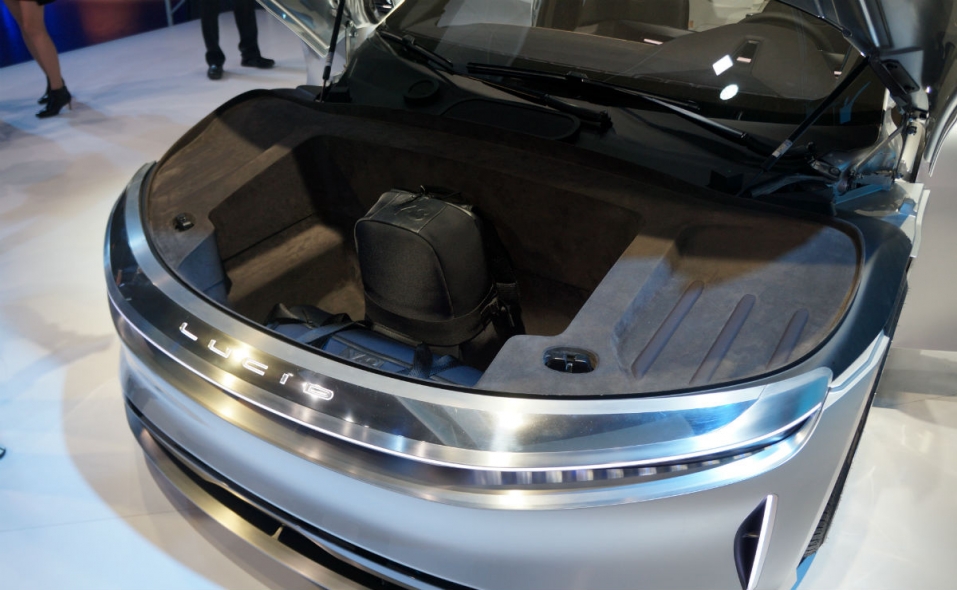 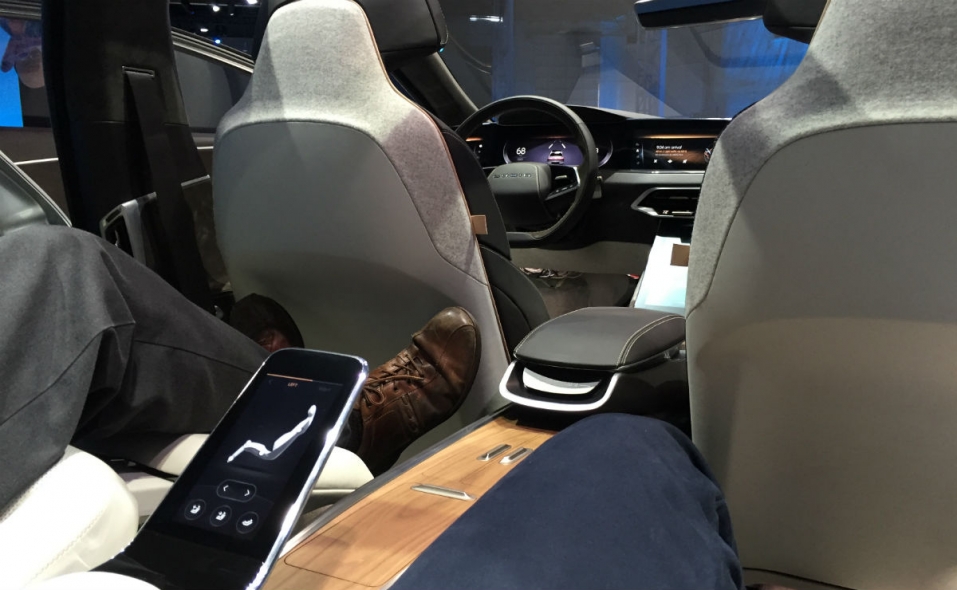 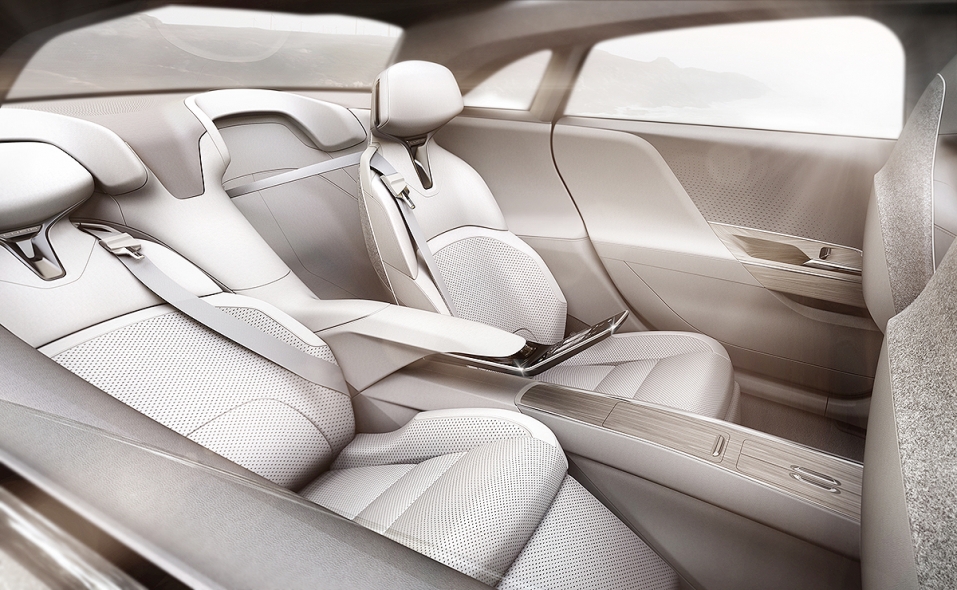 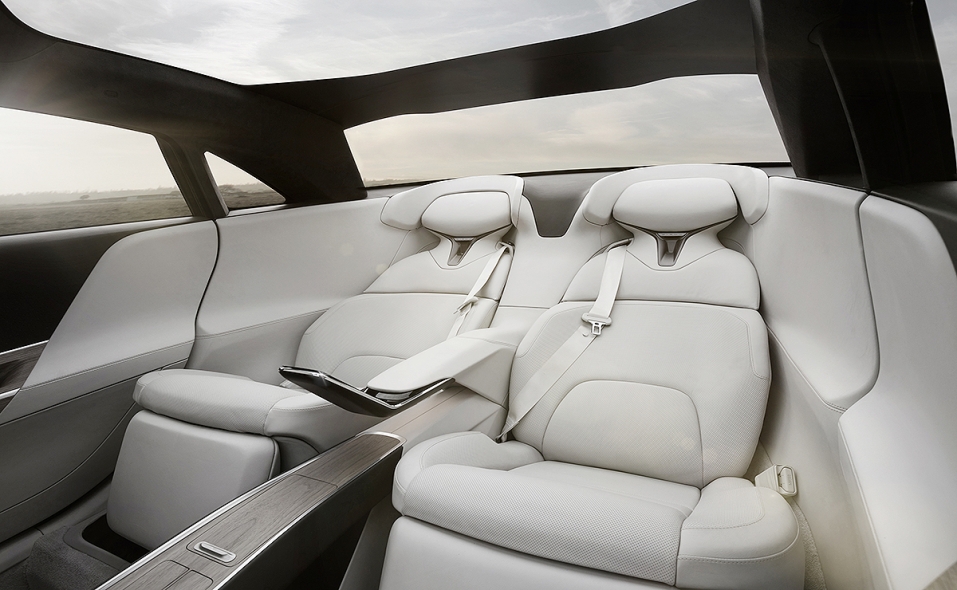 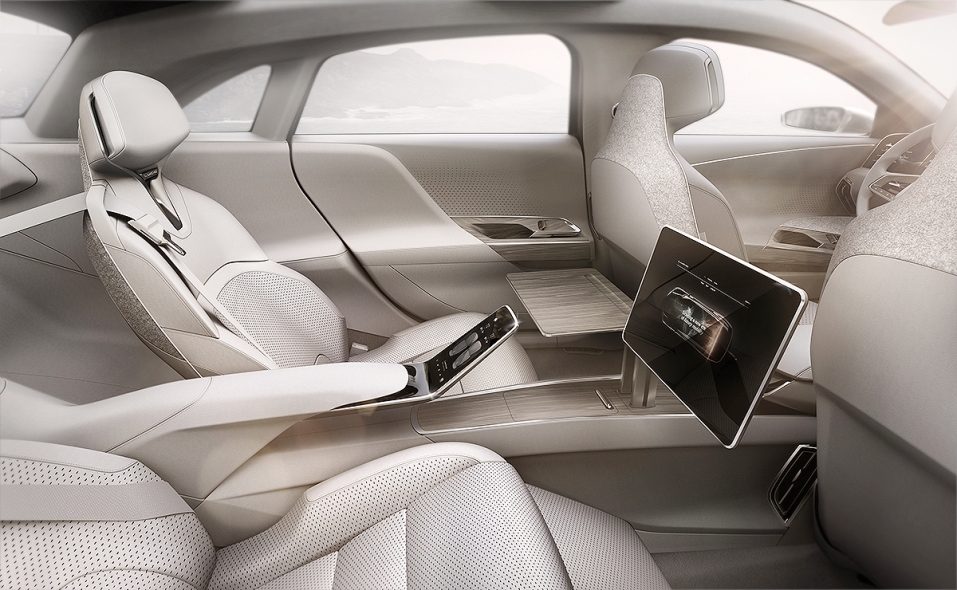 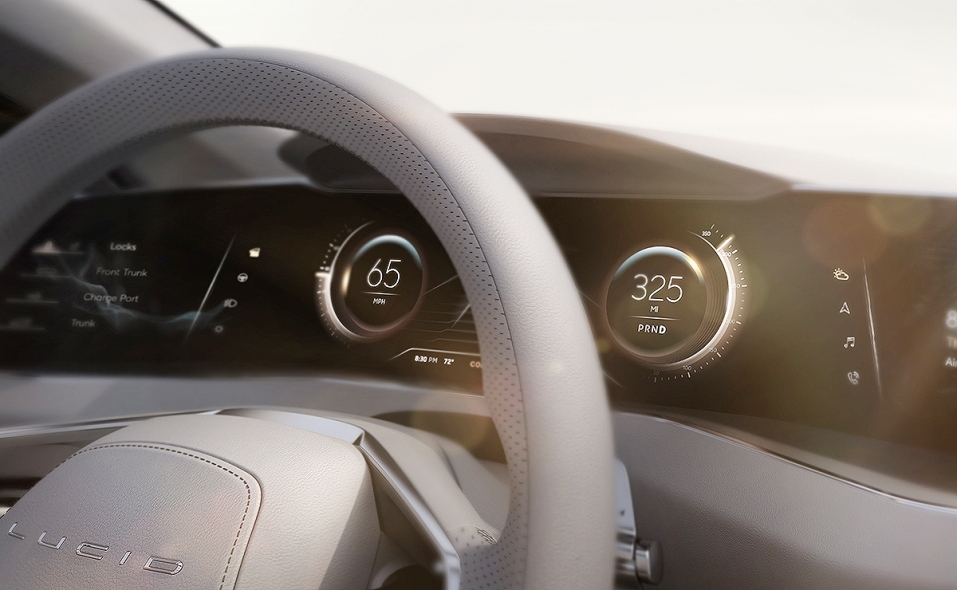 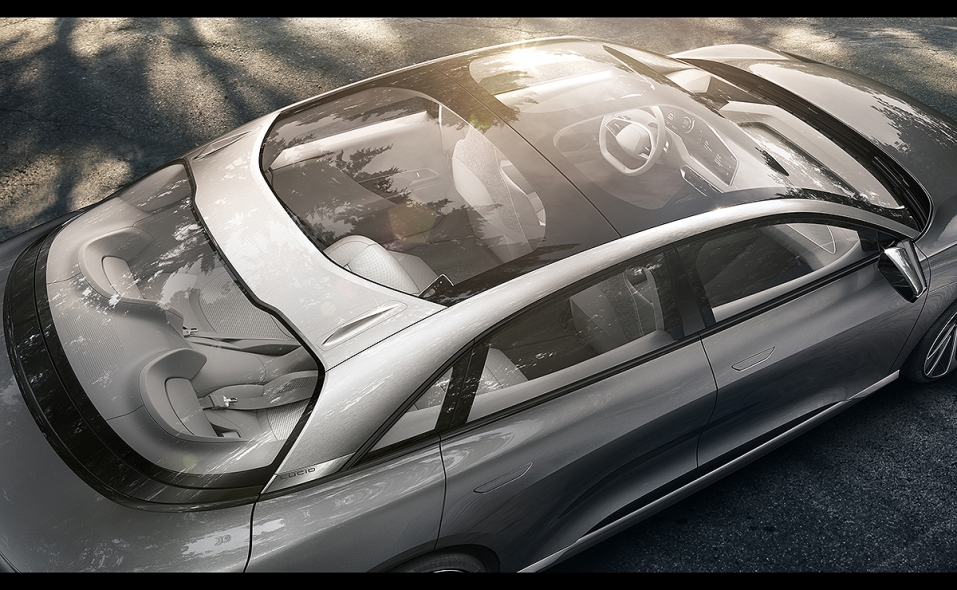 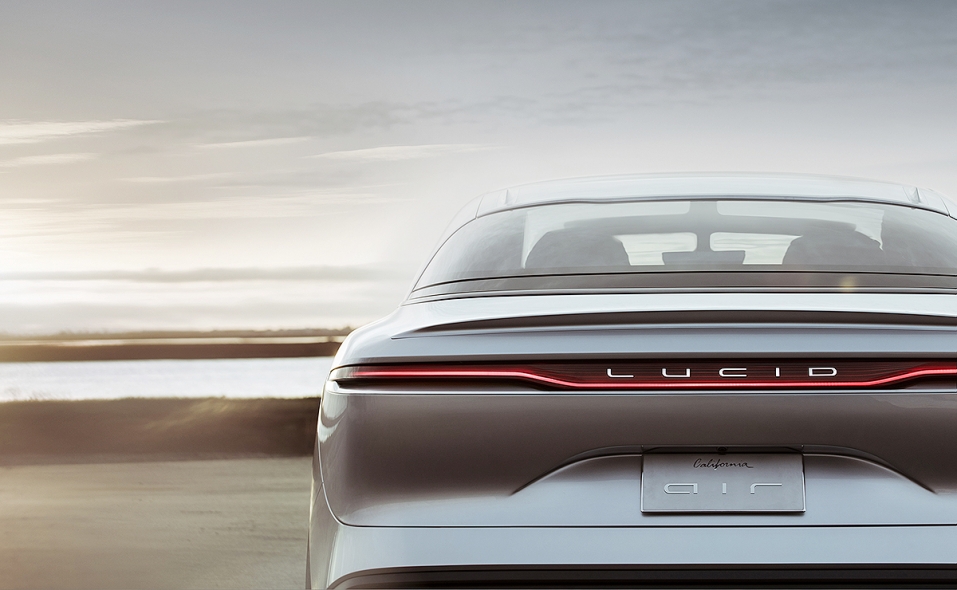 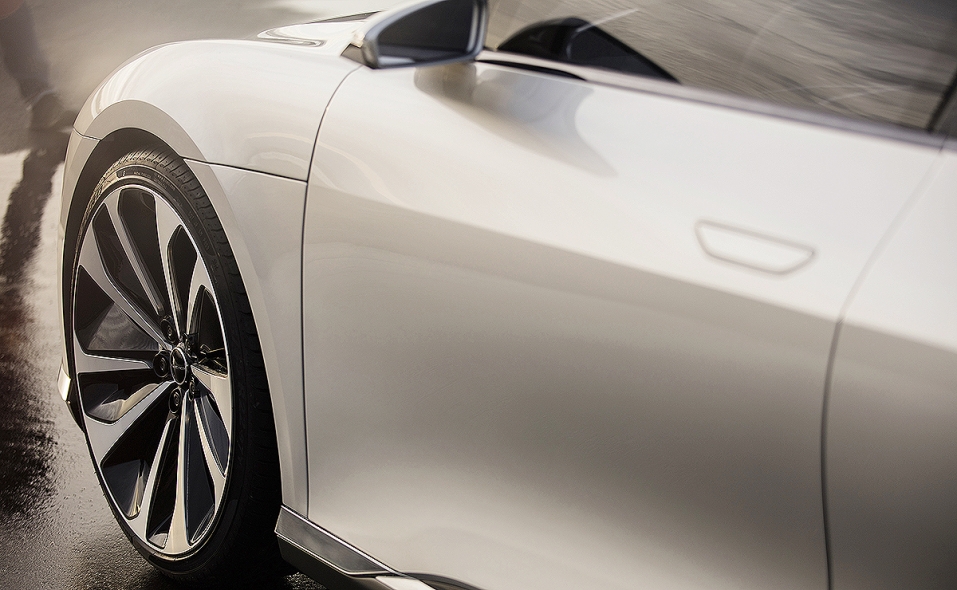 FREMONT, Calif. -- Electric-car startup Lucid Motors took another step toward becoming a real carmaker Wednesday with the unveiling of its first product, the Air, a sleek sedan that will be priced and equipped to compete squarely in Tesla’s target market.

The all-electric, all-wheel-drive sedan boasts a 100 kWh battery pack that promises “in excess” of 300 miles of range on a charge and 1,000 hp. The company is taking deposits on the car now and plans to begin deliveries in early 2019.

A “launch edition” commands a fully refundable $25,500 deposit for the first 255 models built. The final price of that Air hasn’t been finalized but will be in the neighborhood of $160,000. Options include a glass canopy roof, a 29-speaker audio system and likely the executive rear seating package.

Customers with a smaller budget can opt for the standard version. It uses the same powertrain as the launch edition, but with fewer gee-whiz amenities. Customers can reserve it now with a refundable $2,500 deposit. That car will likely start around $85,000 before any options.

Lucid, a 330-person Silicon Valley company founded in 2007 as Atieva, enters a field where few startups have been able to deliver on the hype surrounding their prototypes. And it’s doing so at a time when many mainstream luxury brands, including Mercedes-Benz, Jaguar, Porsche and Audi, are moving more aggressively into plug-in vehicles, challenging the cachet of Tesla Motors as it struggles to amass scale.

Lucid, which is seeking a piece of Tesla’s stronghold in tech-laden luxury EVs, says its Air model will also have considerable autonomous capability built in. Lucid is aiming to have the Air ready for Level 4 autonomy at launch, pending the necessary regulatory approval. Level 4 systems can control the vehicle under most conditions and require little driver attention once they are activated.

After initial production of the Air kicks off, Lucid will offer the car with a 130 kWh battery pack that gives it a 400-mile range. The cells for both battery packs are sourced from Samsung SDI.

Lucid said it has developed a new battery cell chemistry that allows for repeated fast charging without degrading capacity.

Lucid plans to build the Air at its planned factory in Casa Grande, Ariz., construction of which is scheduled to begin in early 2017. The automaker aims to sell between 8,000 and 10,000 vehicles in its first year while ramping up to 50,000 to 60,000 over the next two years.