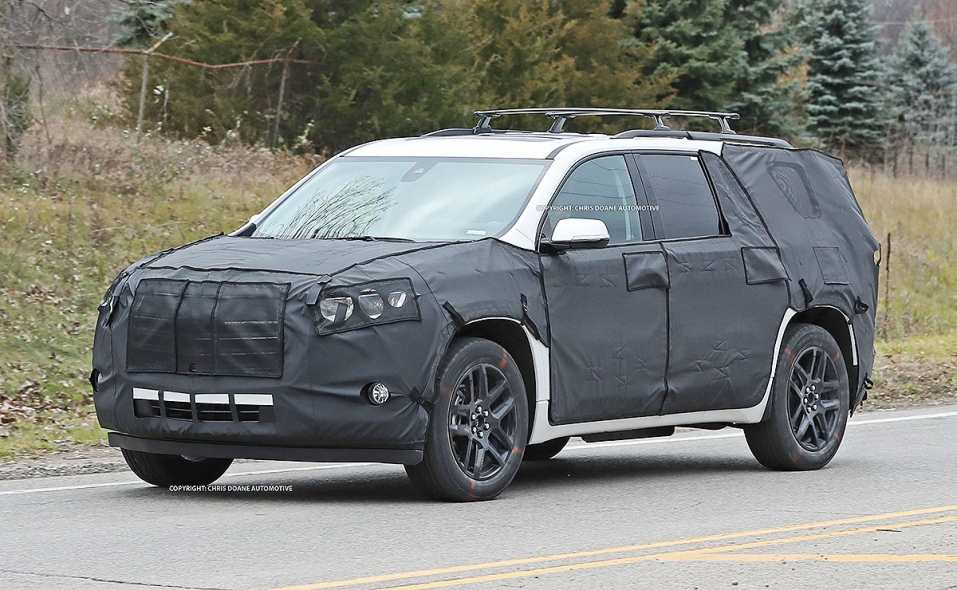 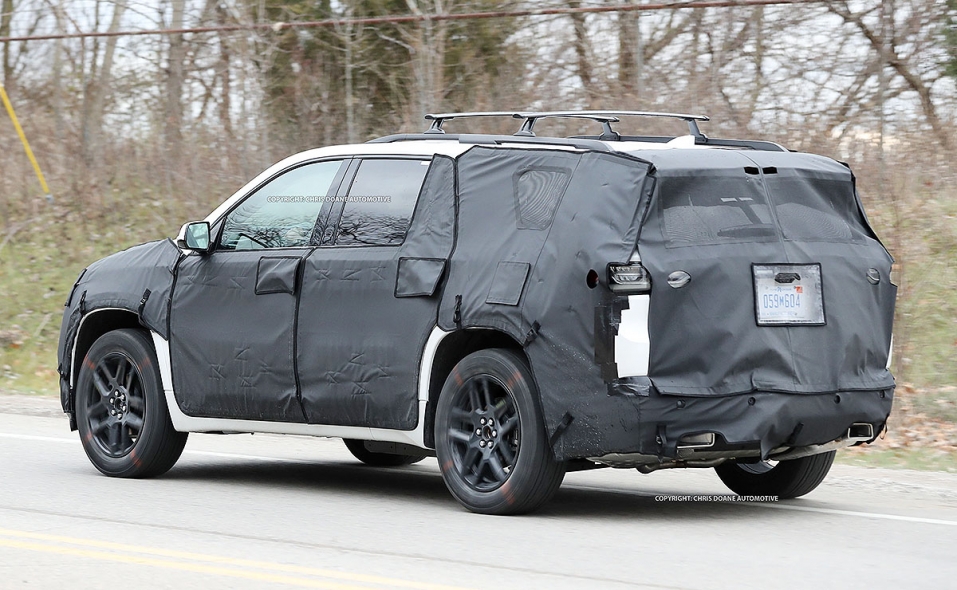 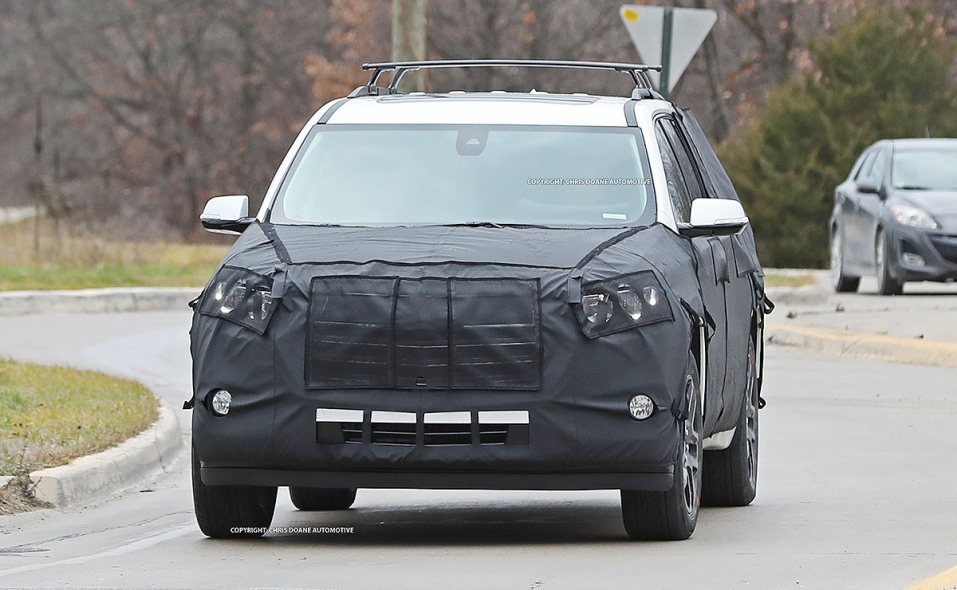 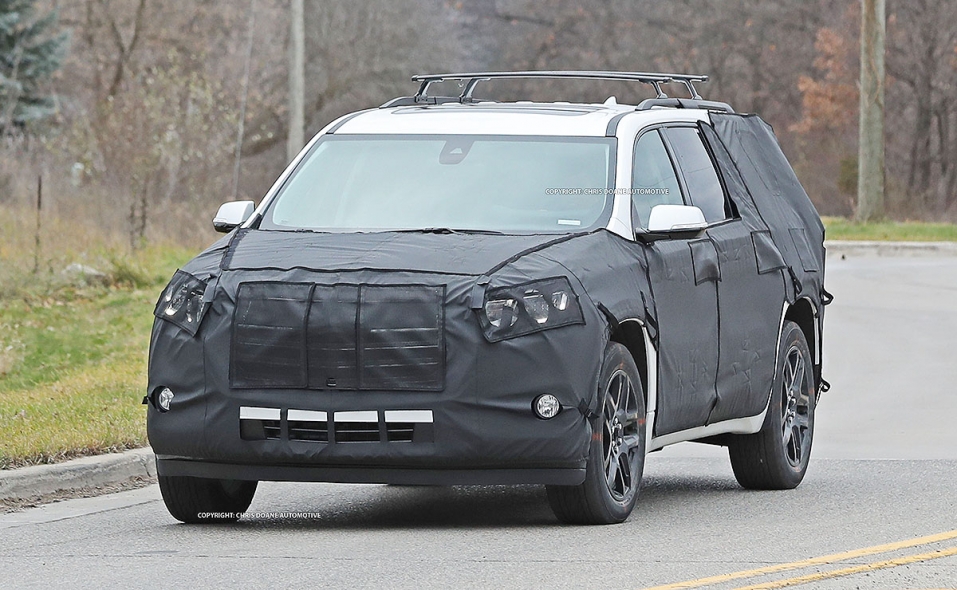 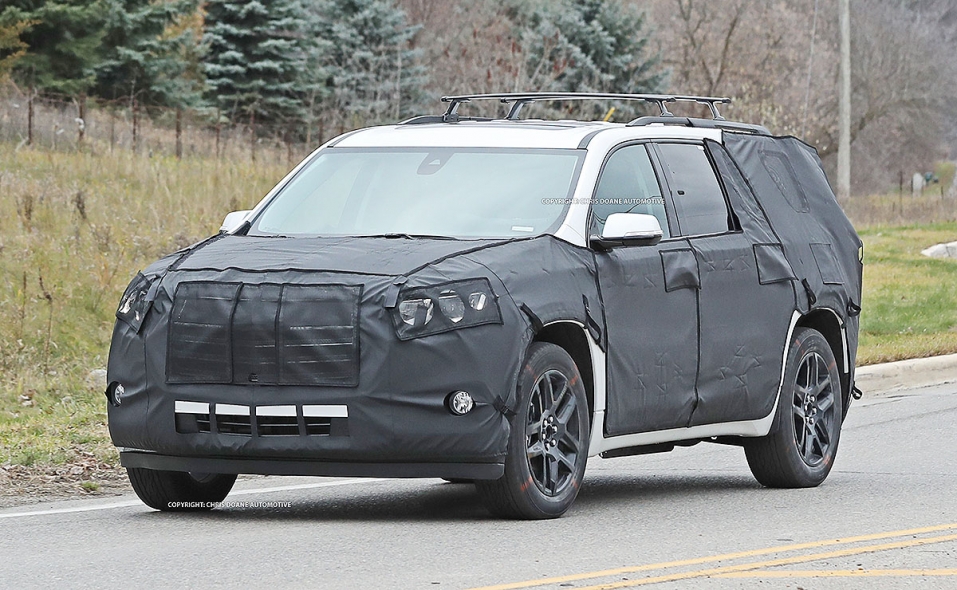 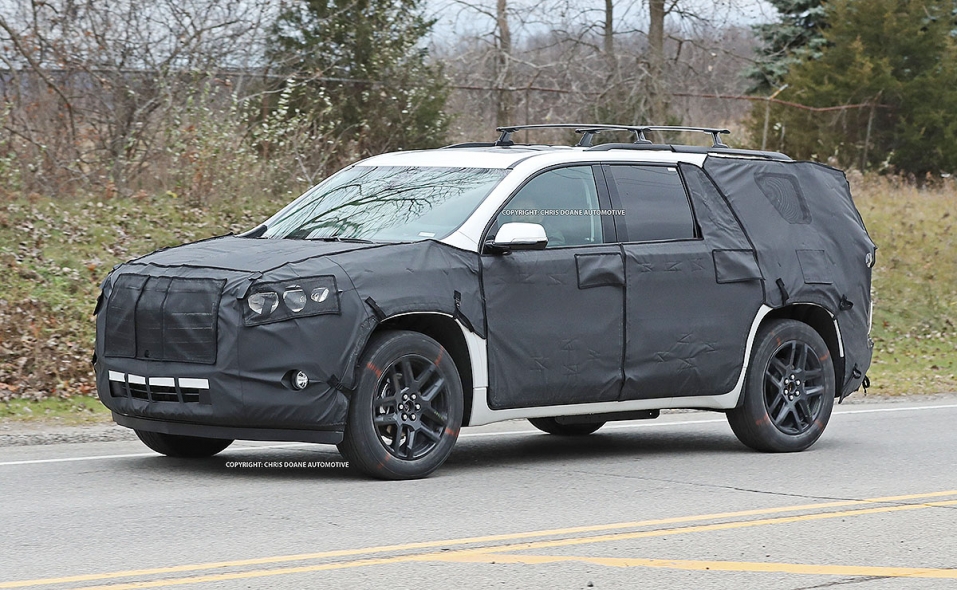 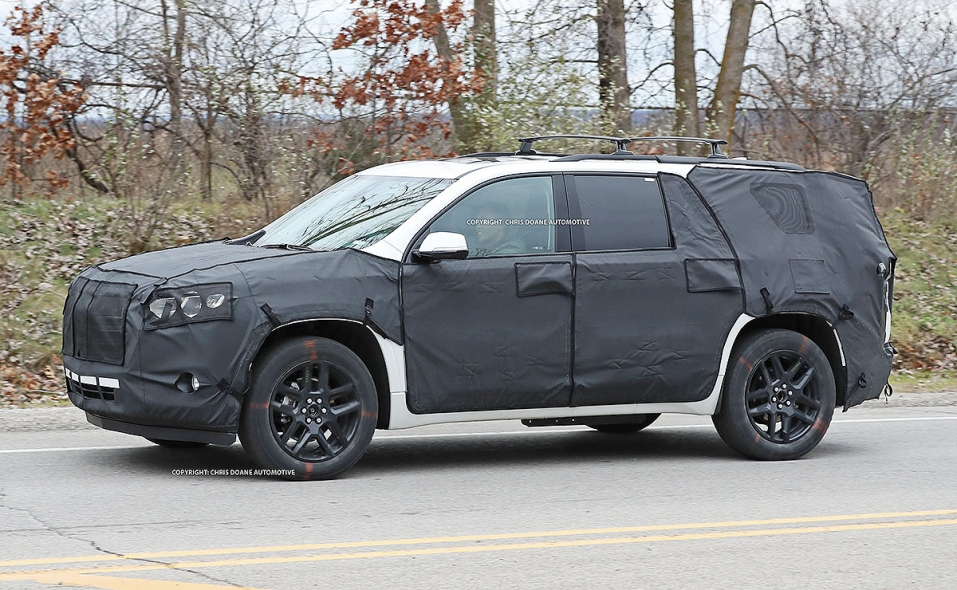 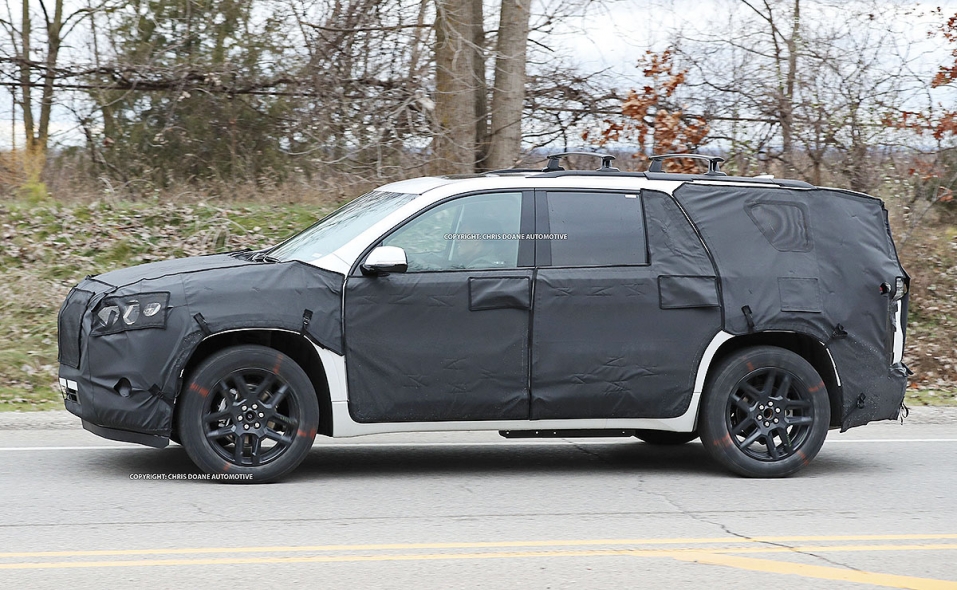 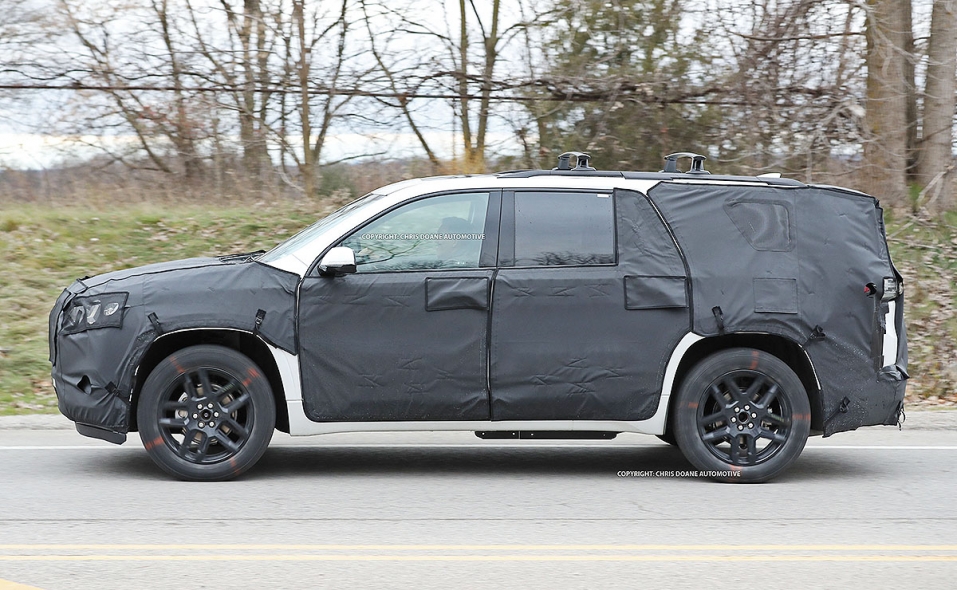 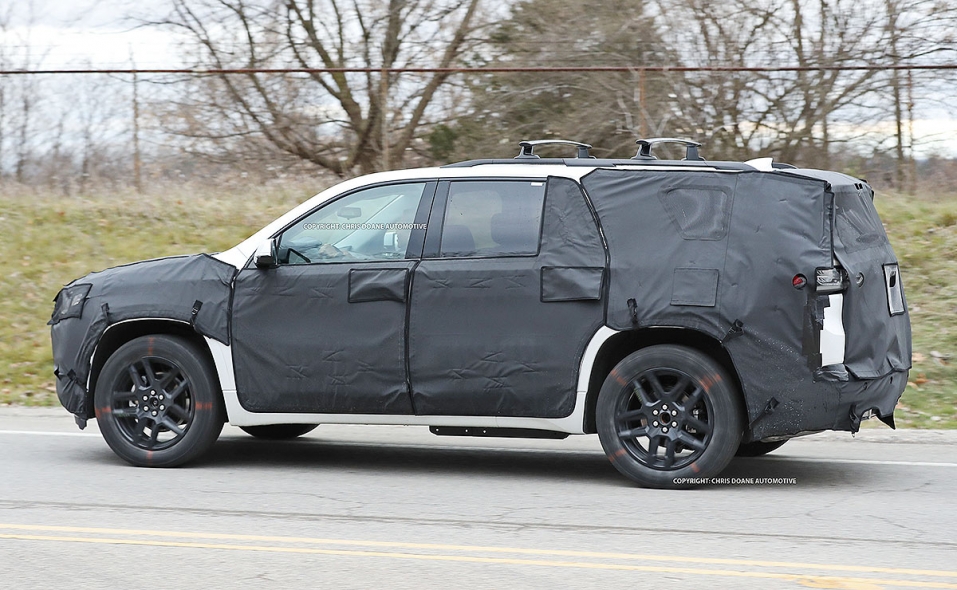 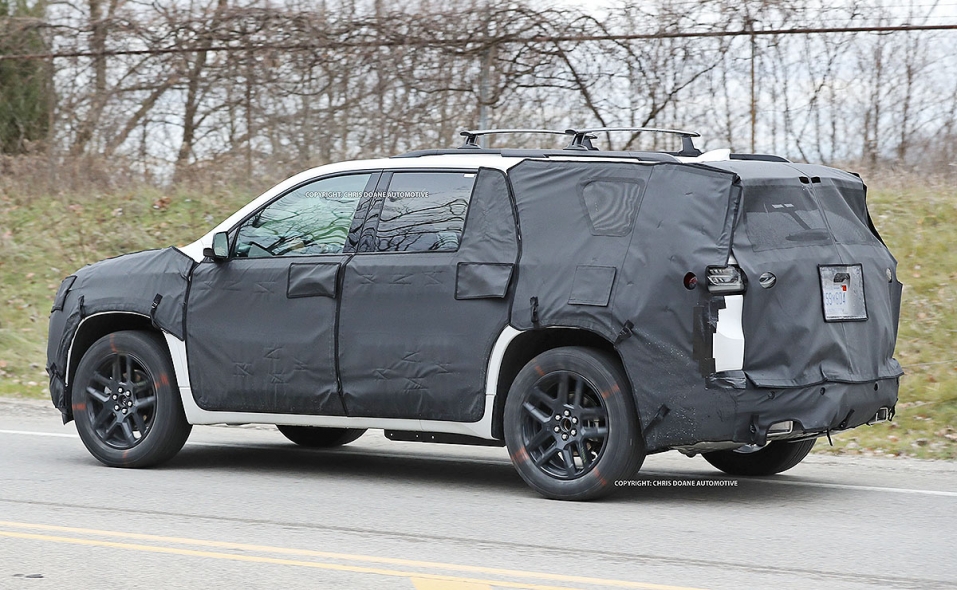 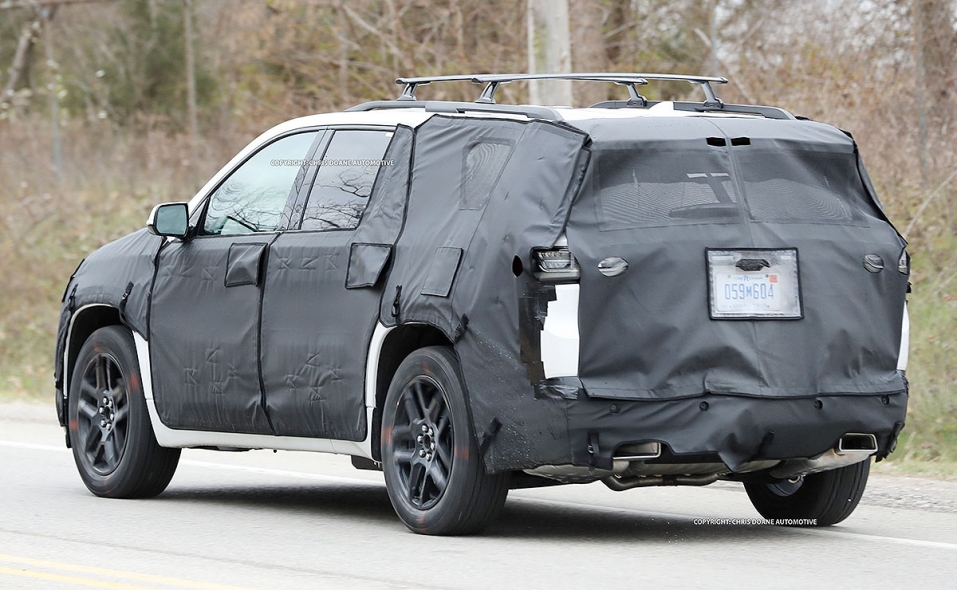 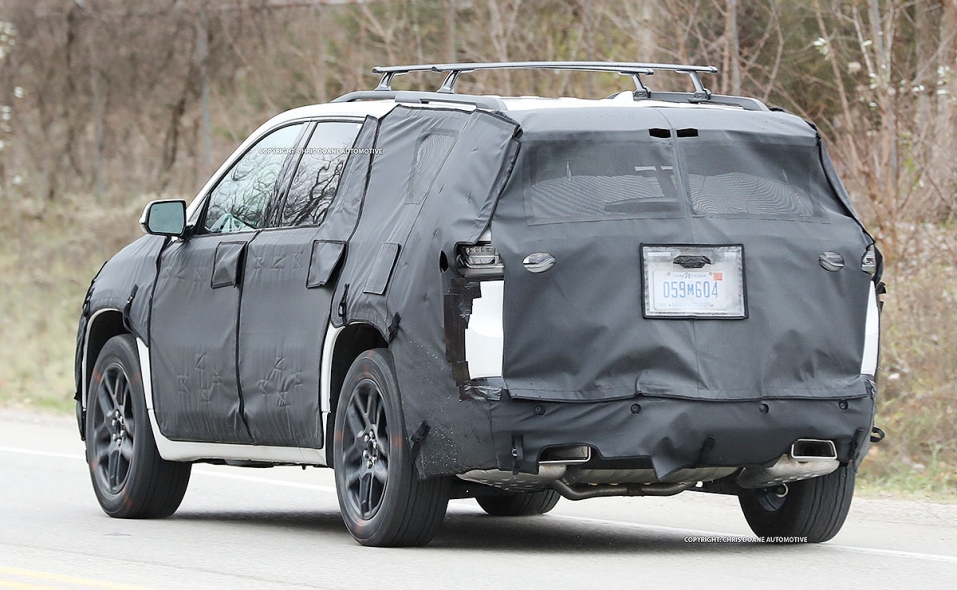 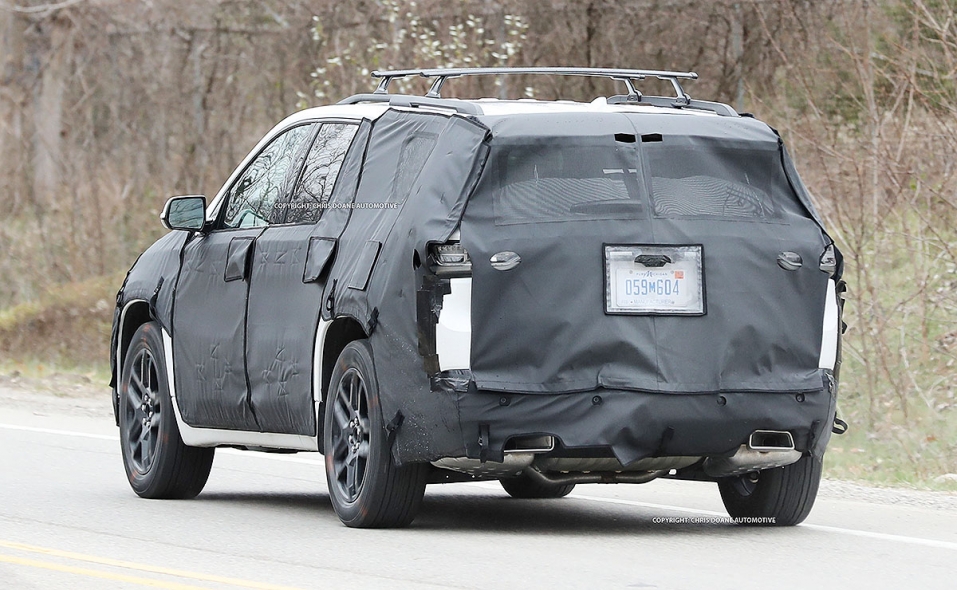 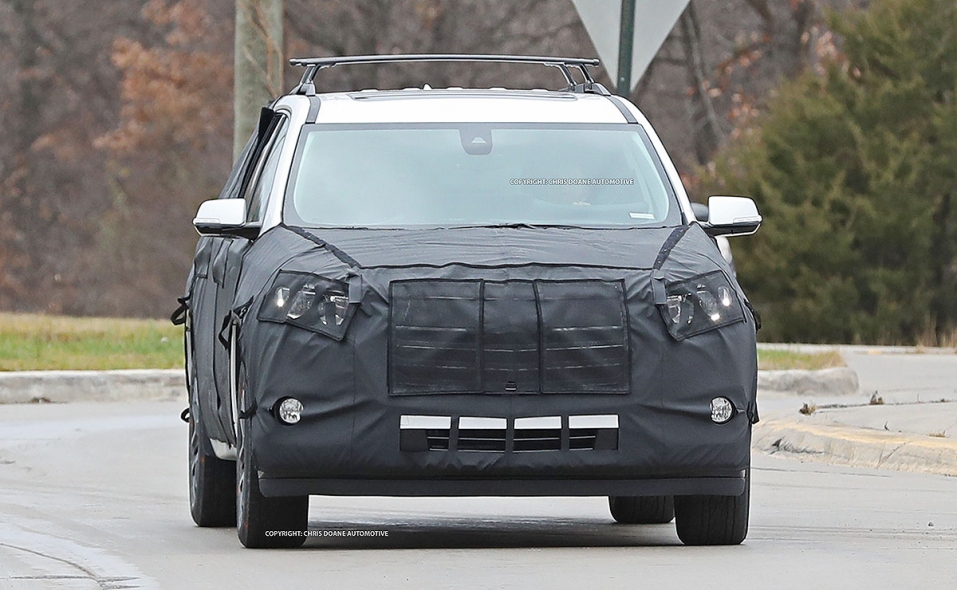 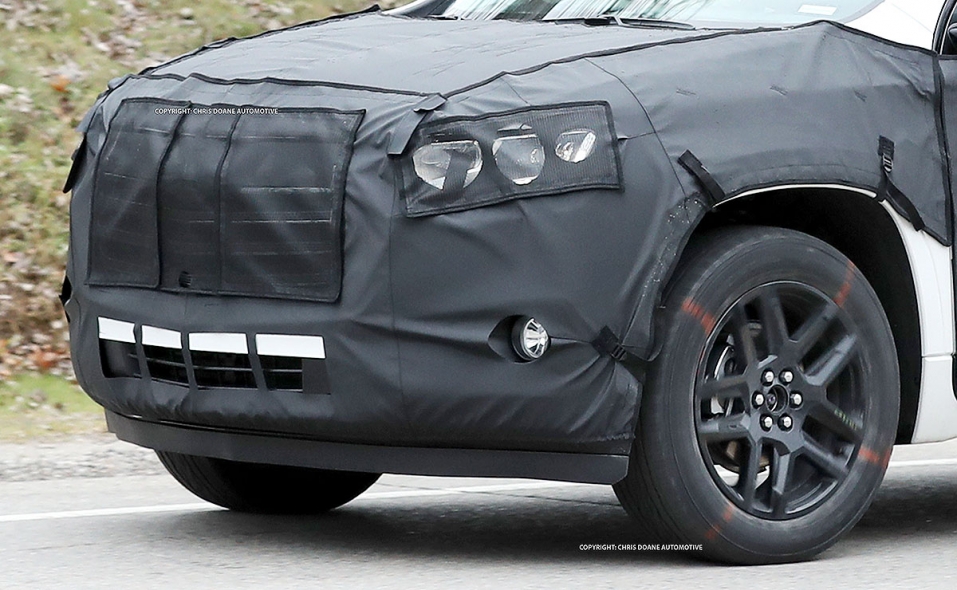 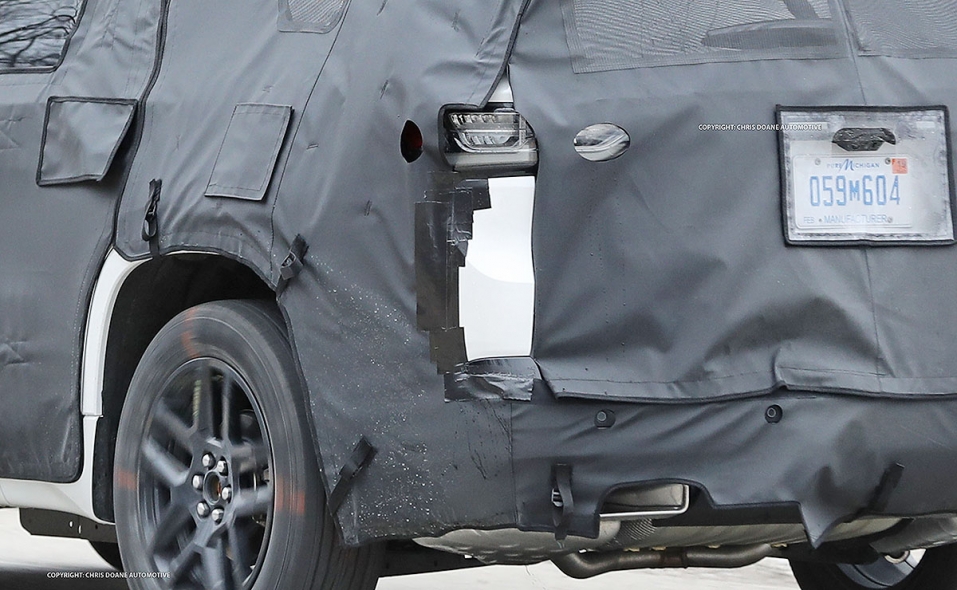 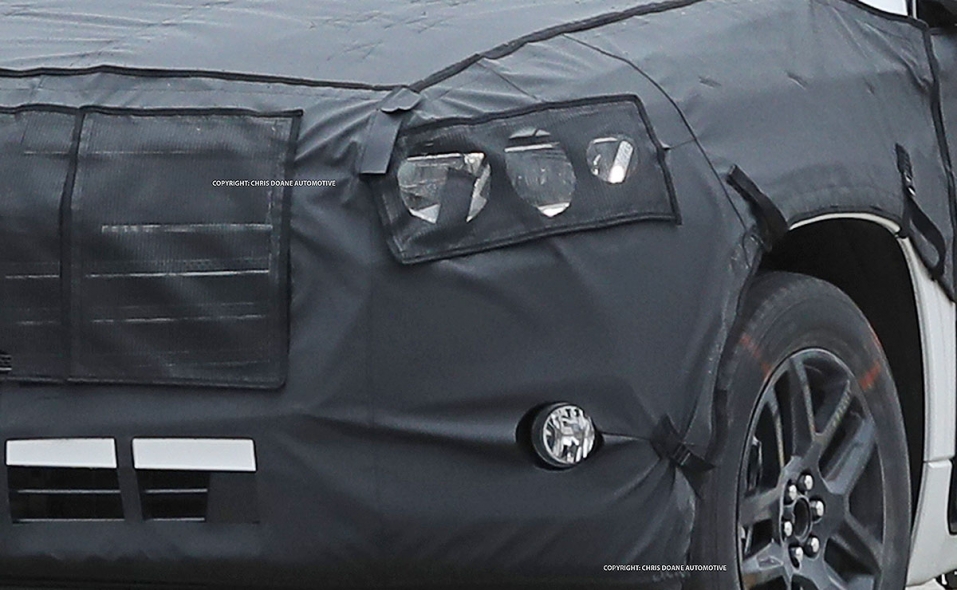 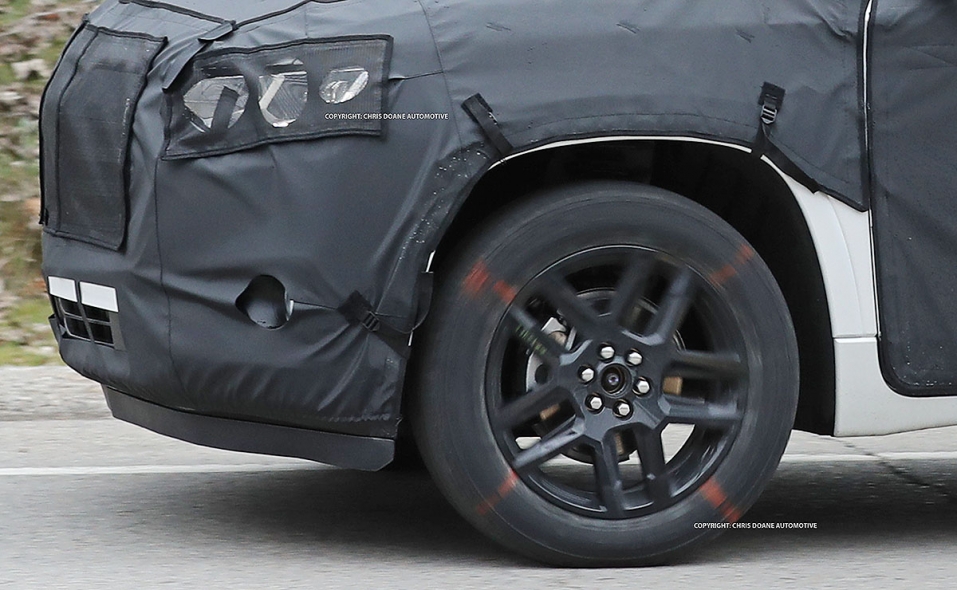 General Motors has been spotted testing a vehicle that could be Chevrolet’s upcoming midsize crossover planned to slot between the Equinox and Traverse.

The vehicle, expected to be called the Blazer, would be the same size as the 2017 GMC Acadia, which is noticeably smaller than the first-generation Acadia.

Spy photos of Chevrolet’s camouflaged test vehicle taken within the last week show a side profile that closely matches the Acadia. The vehicle looks smaller than the full-size Traverse, which is scheduled to be redesigned for the 2018 model year.

Enough of its grille is visible through the camouflage to confirm that it’s a Chevy. The sculpted headlights and LED daytime running lights are similar to that of the 2018 Equinox. The vehicle’s thin, horizontal taillights also mimic those on the Equinox, which was revealed in September.

Both the Traverse and the Blazer are expected to share GM’s “Chi” platform.

Chevrolet plans to launch the Blazer for the 2018 model year as well, several months after it starts selling a redesigned Equinox, which was made smaller to allow the Blazer a space in the brand’s lineup.

GM cooks up a mix of new, improved crossovers

Sponsored Content: How to Choose and Use a CRM for Small Businesses