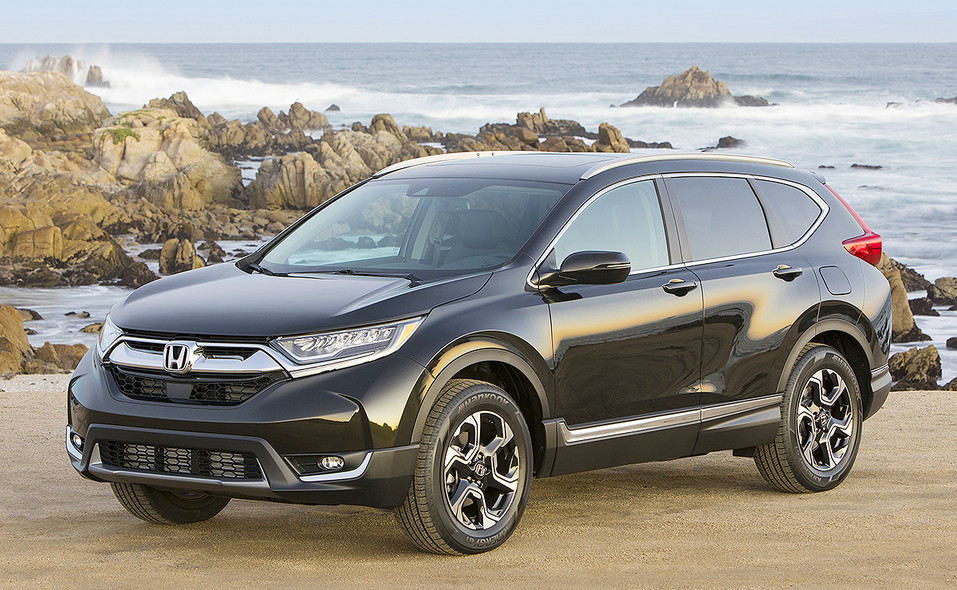 Honda builds the CR-V and Civic in Alliston, Ontario. 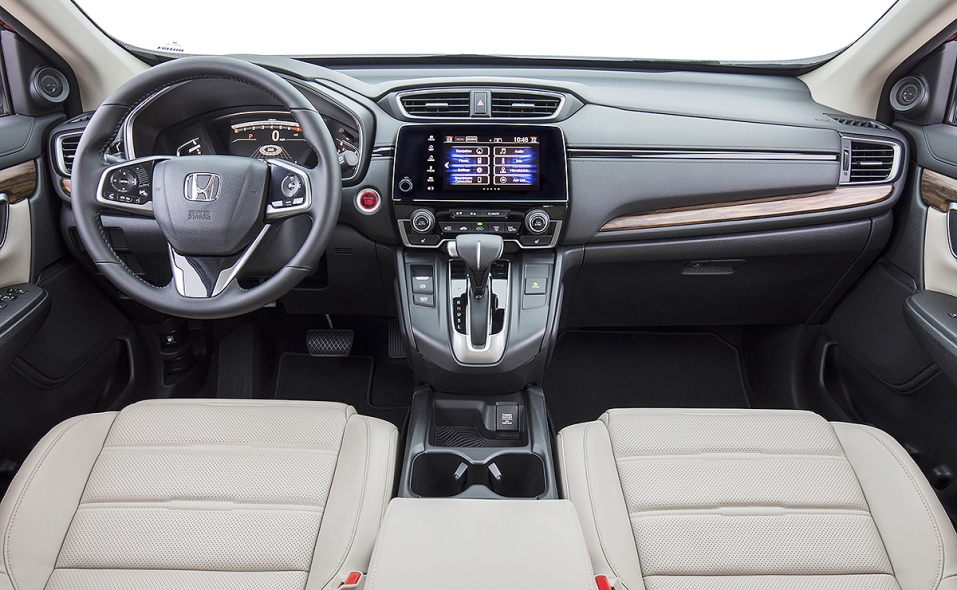 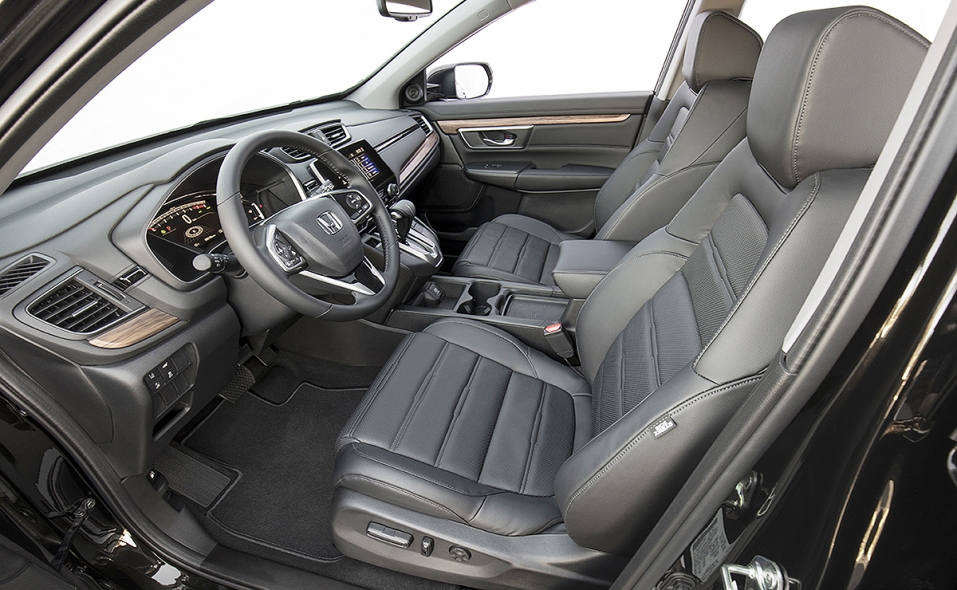 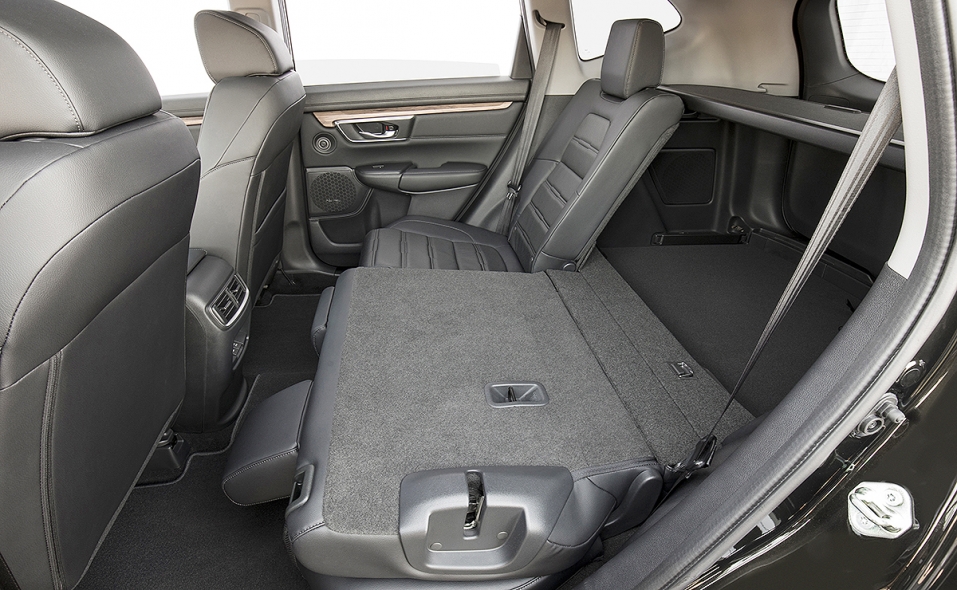 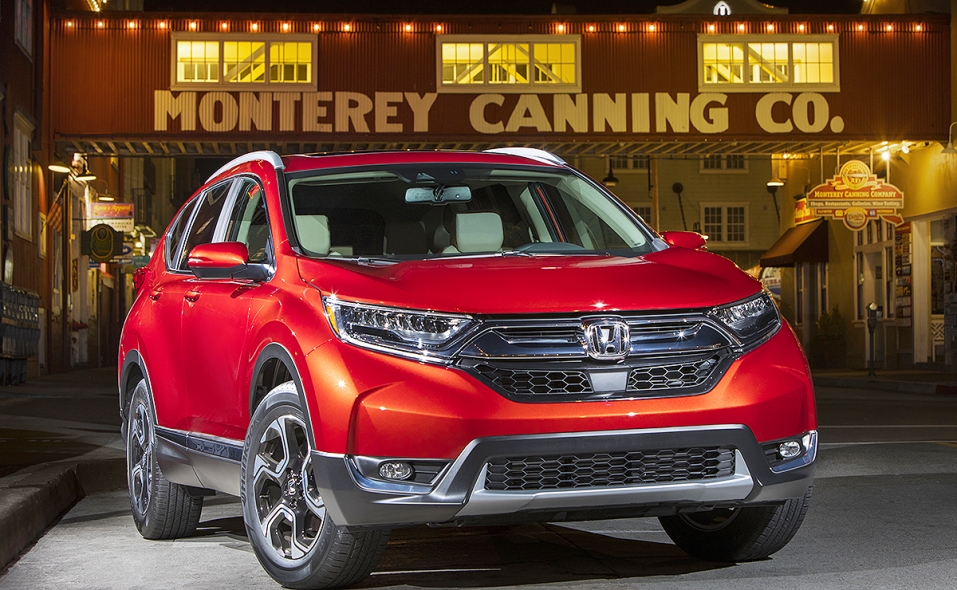 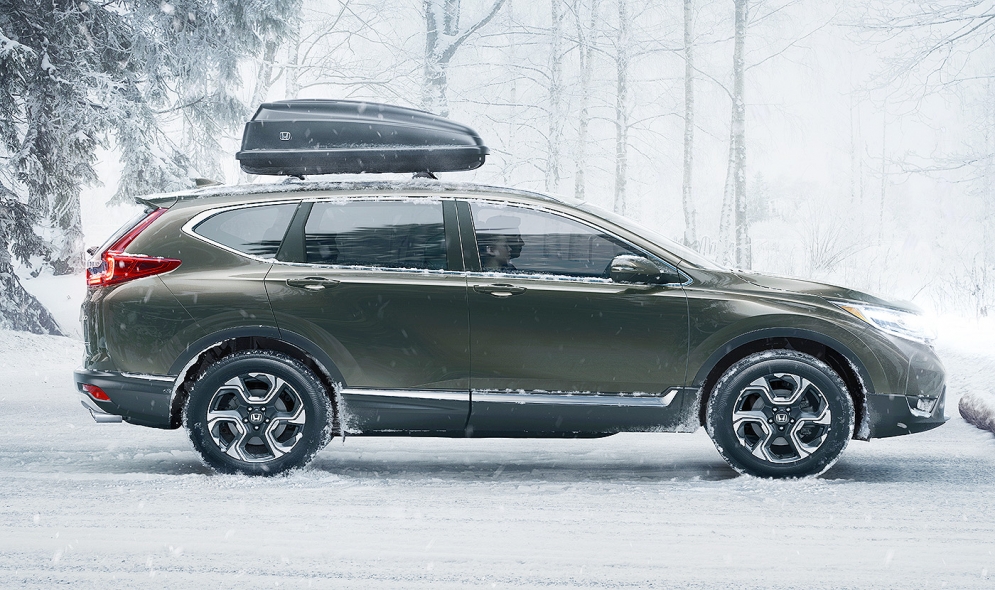 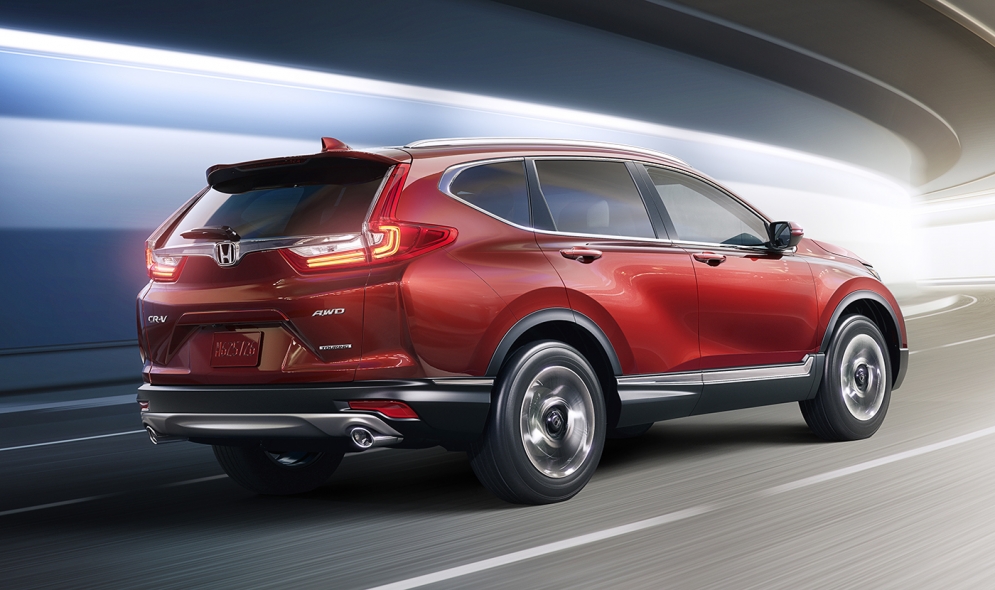 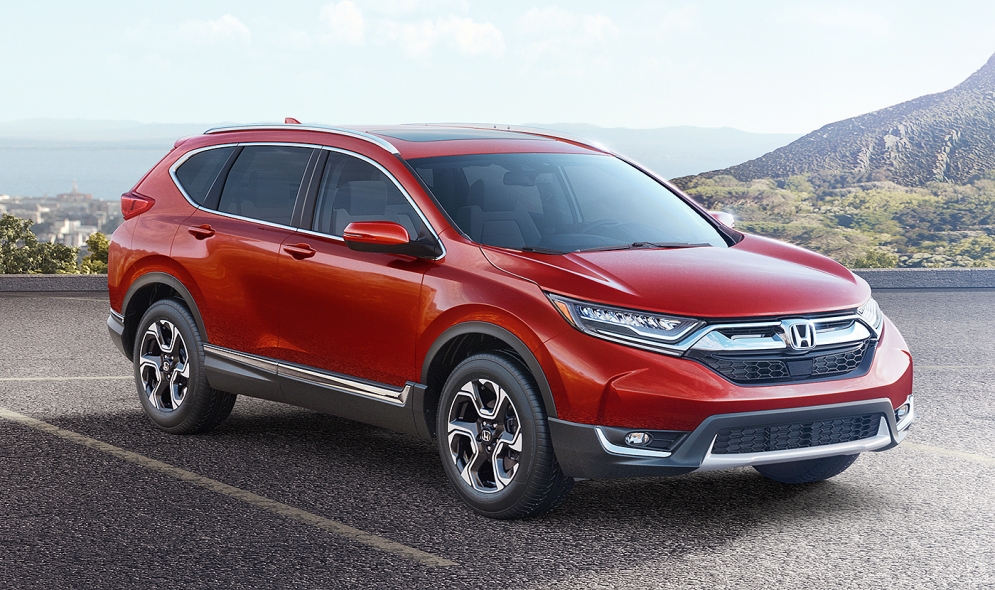 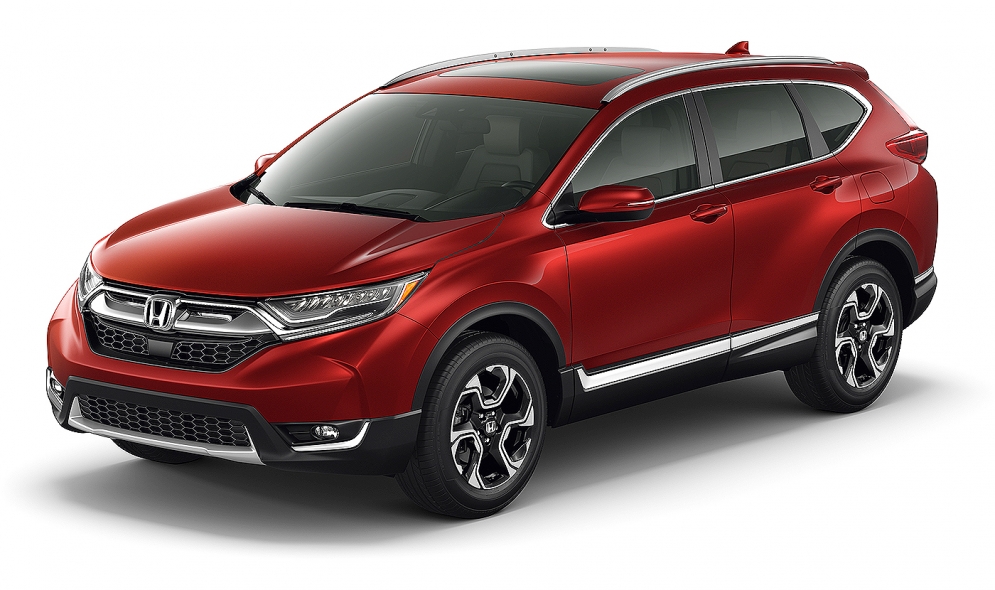 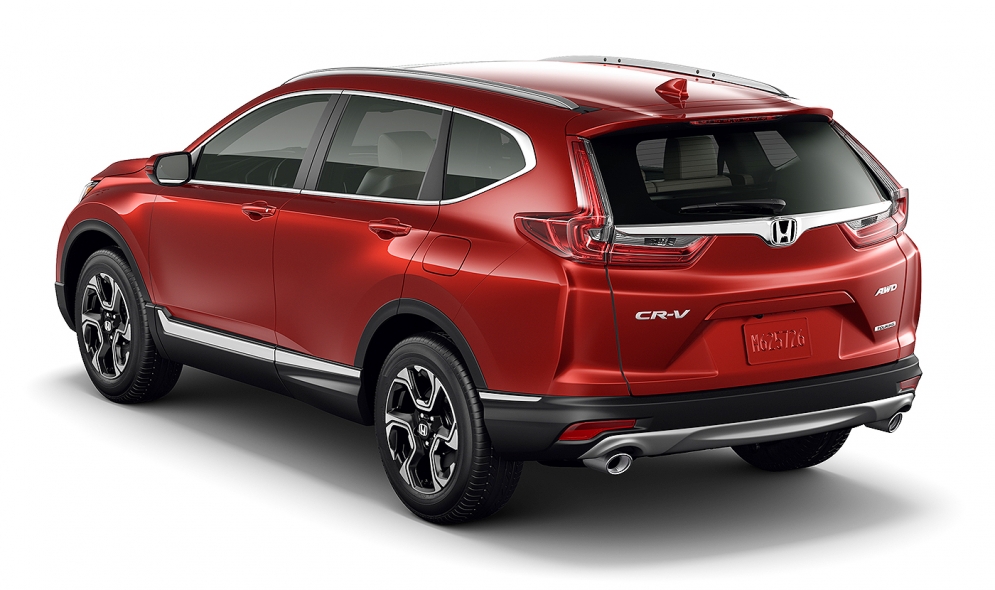 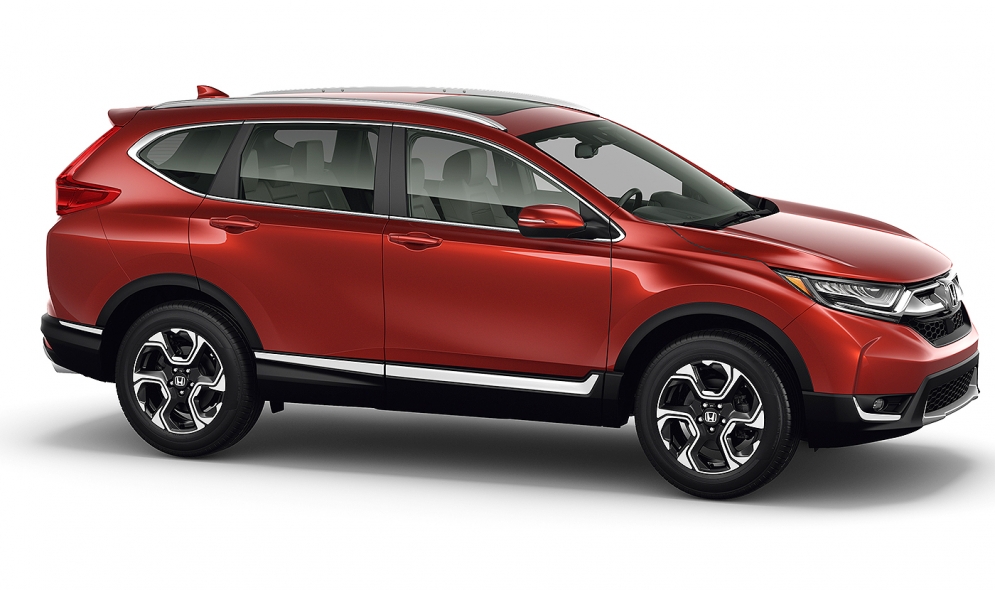 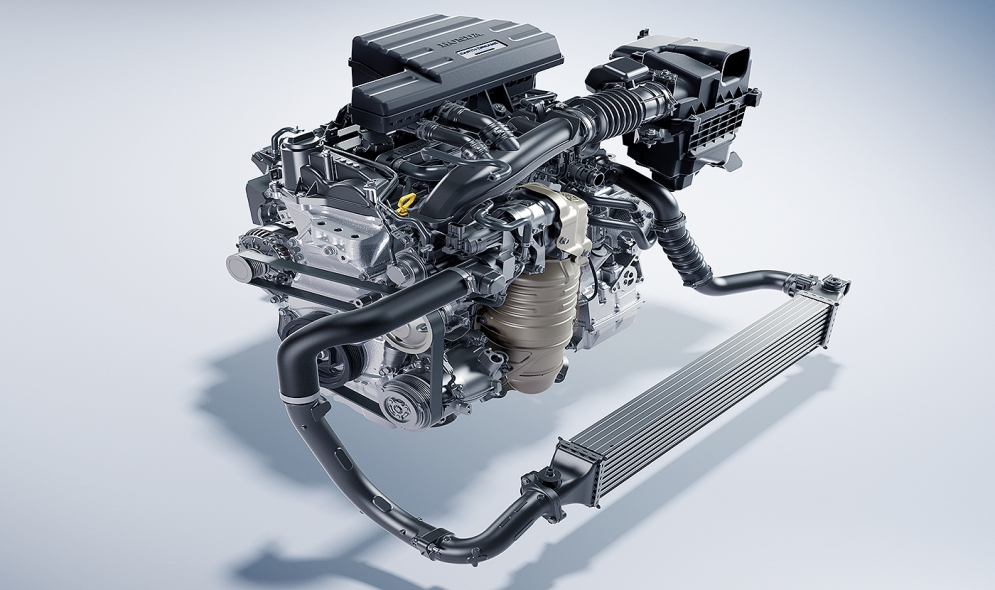 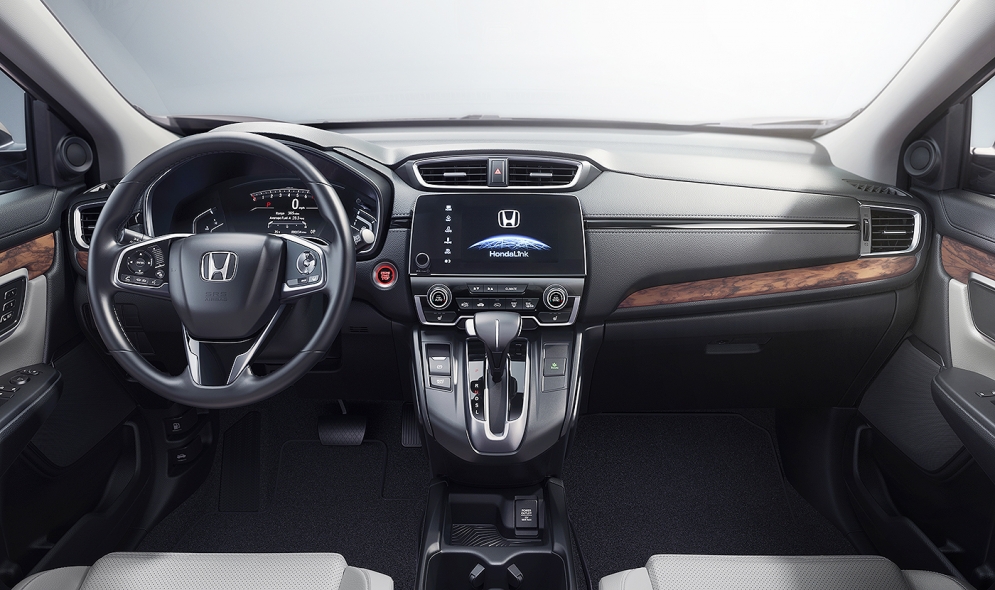 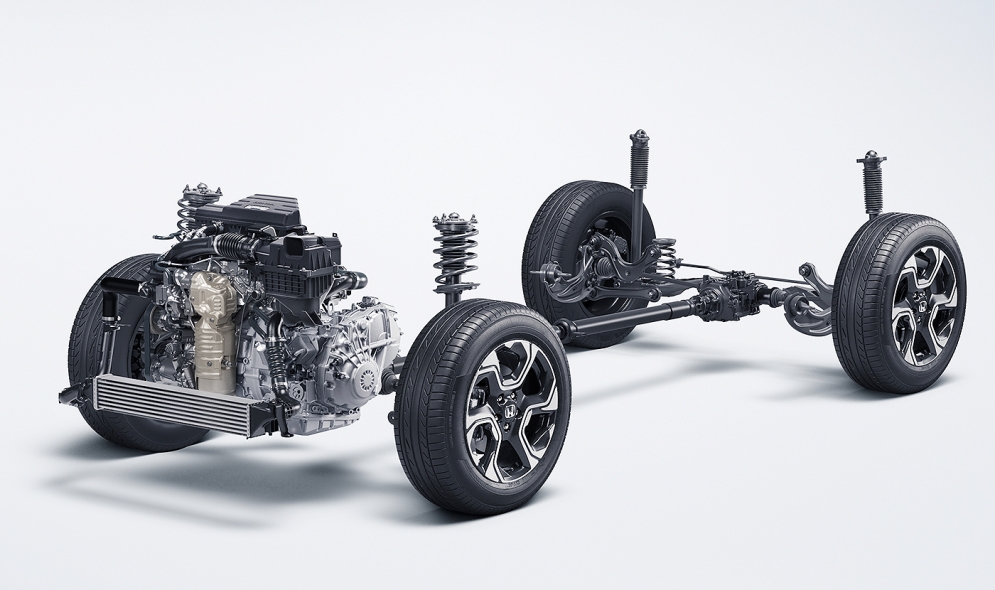 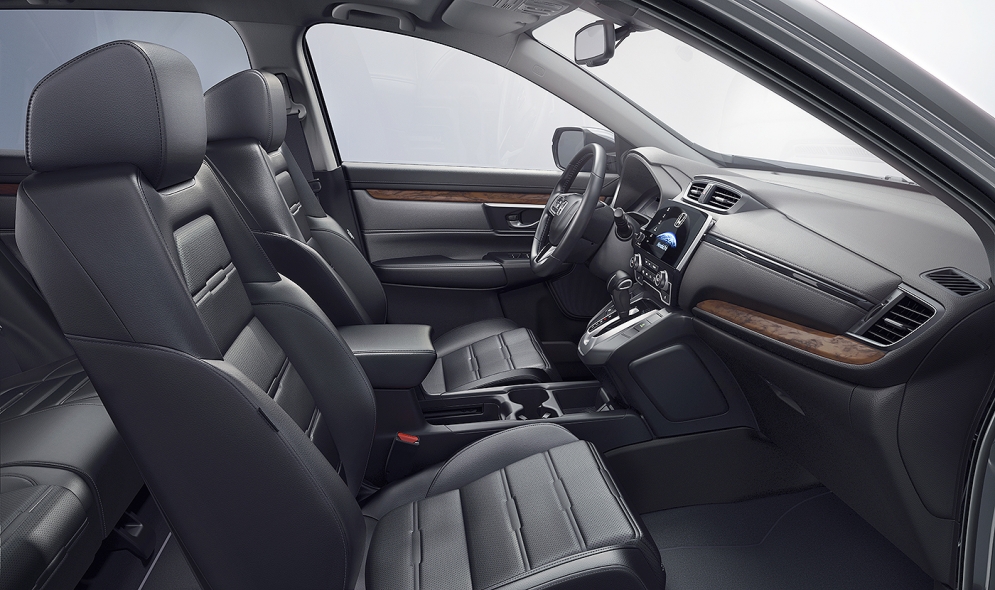 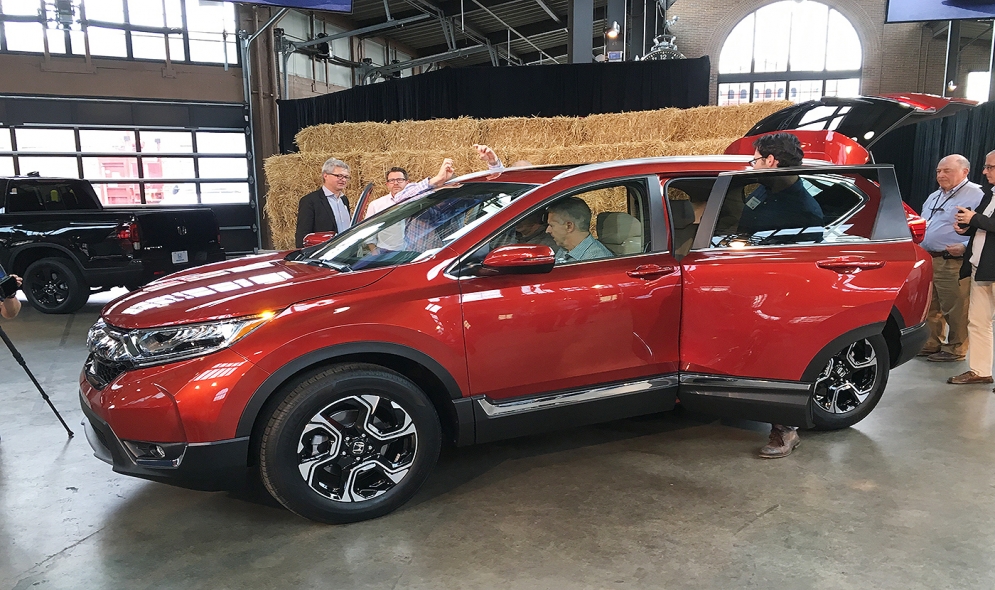 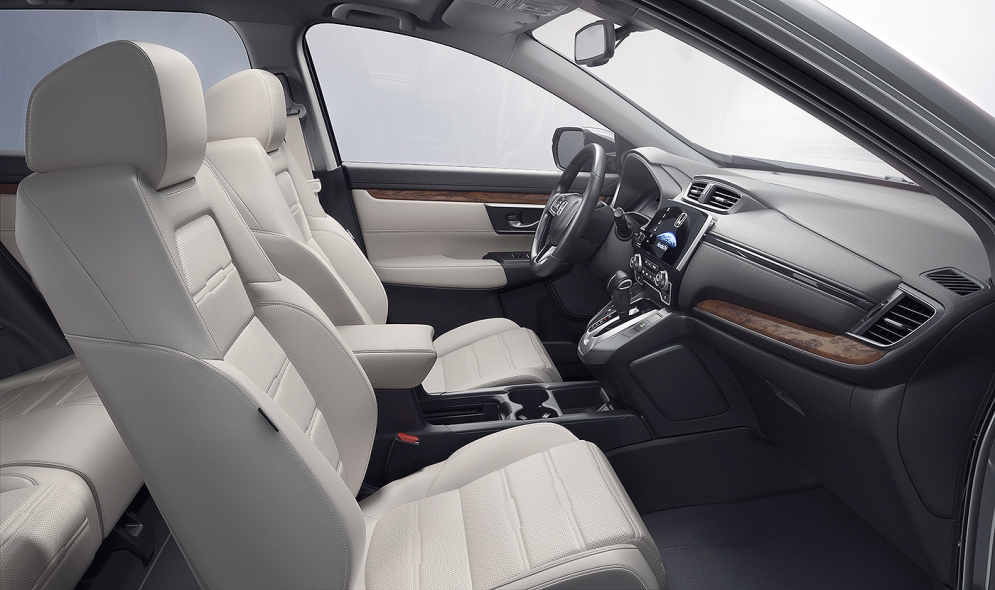 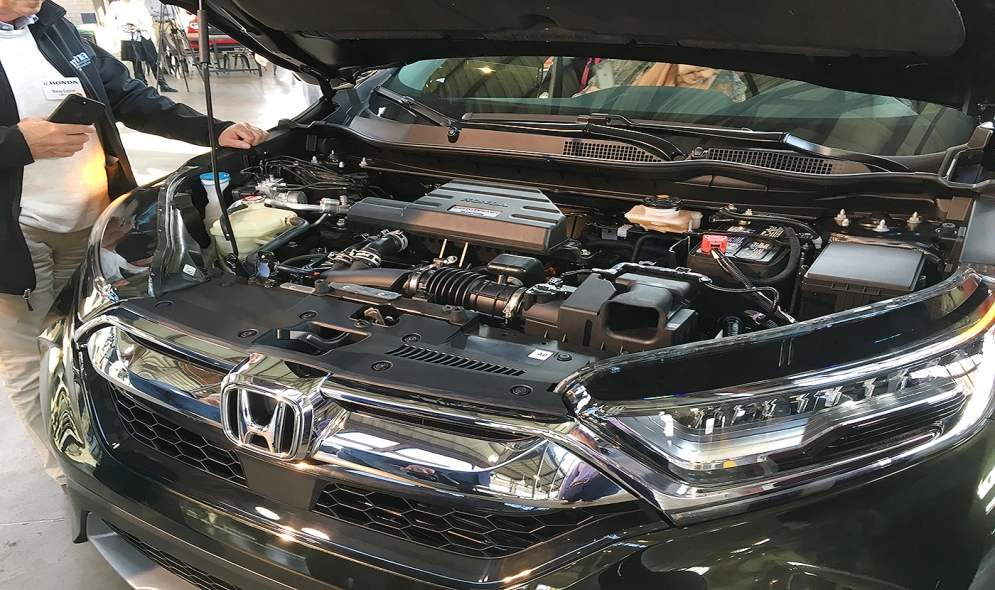 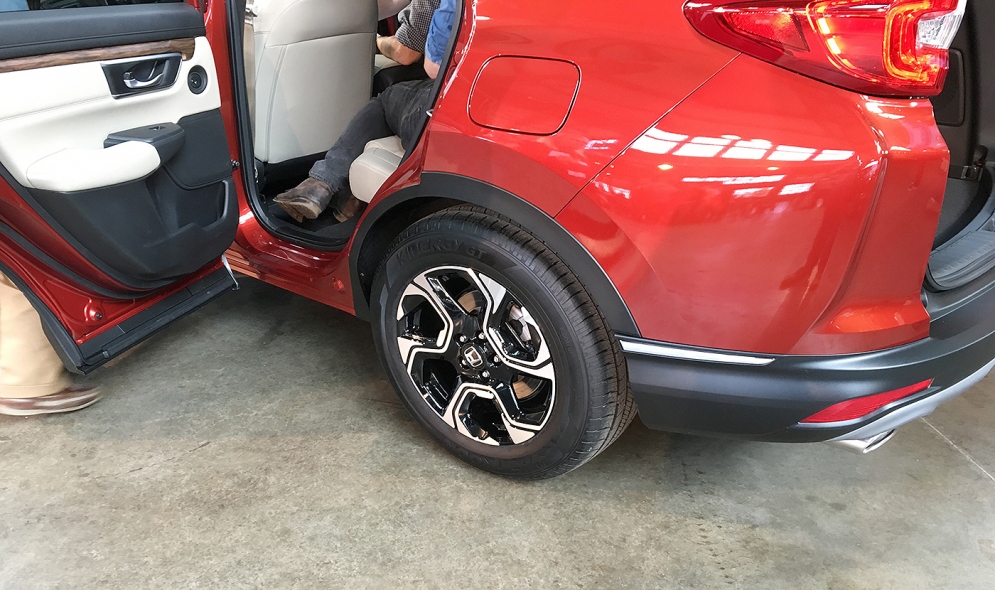 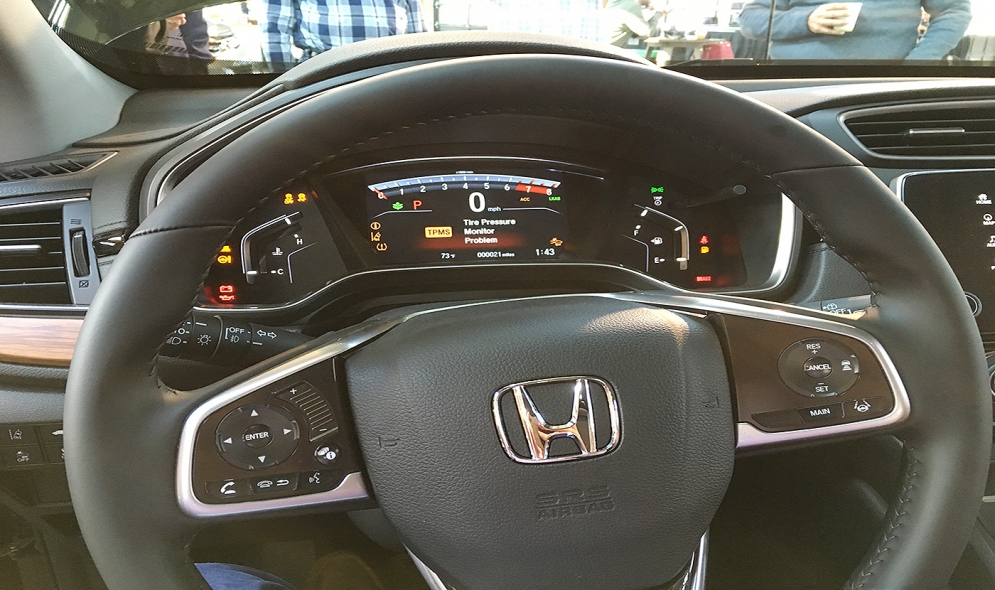 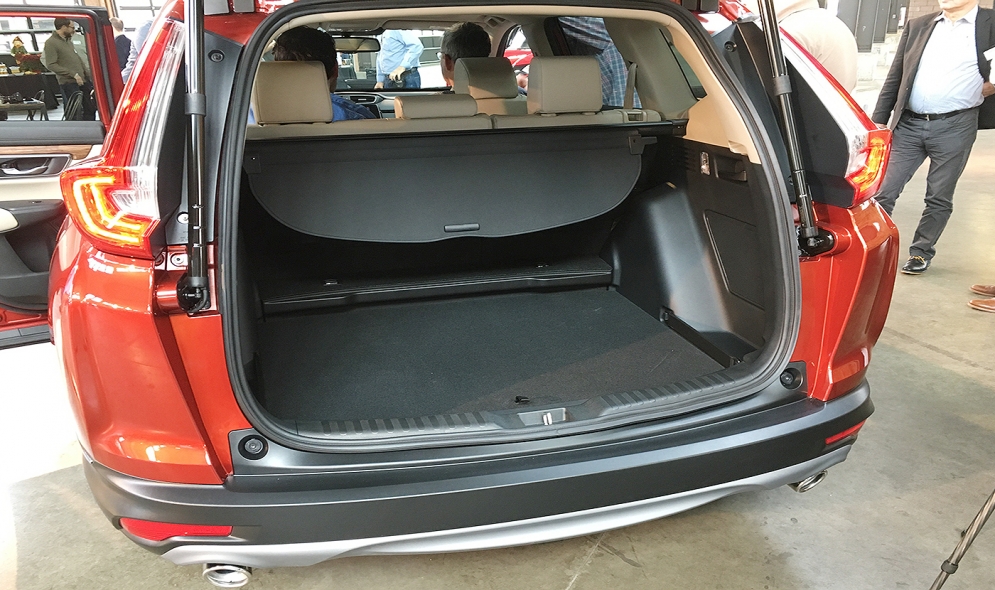 Honda is giving its fifth-generation CR-V more space, horsepower, refinement, fuel efficiency and safety features for 2017, a top-to-bottom remake of the segment-leading crossover that echoes the Civic’s transformation last year.

The connection is no coincidence. The 2017 CR-V rides on the same modular platform as the Civic and shares most of its powertrain elements -- including a turbocharged engine on higher trim levels.

Anticipating growing volume, Honda said it has tooled its Greensburg, Ind., factory to start producing the CR-V, along with the current production sites in Alliston, Ontario, and East Liberty, Ohio. The added capacity gives Honda more flexibility to meet demand in a U.S. market that’s fast shifting from cars to crossovers and other utility vehicles.

The stakes for Honda to get the new CR-V right are high. The crossover has long been one of Honda’s most important -- and best-selling -- models, alongside the Civic and the Accord, and it leads a segment that is crowded with formidable competitors from Toyota, Nissan, Ford, Chevrolet and Subaru. Since its introduction in 1997, more than 3.8 million CR-Vs have been sold in the U.S. alone, making it the best-selling crossover in the U.S. over the past 20 years, according to the automaker.

“Over four generations, CR-V has become a true staple of the American SUV diet,” John Mendel, executive vice president of the American Honda Motor, told reporters at a media presentation in Detroit on Wednesday.

Like the recent Civic, the 2017 CR-V will turn to turbocharging for improved power and fuel economy: the top three trim levels (EX, EX-L and Touring) will now come standard with Honda’s direct-injected, 1.5-liter turbocharged four-cylinder engine that makes 190 hp and 179 pounds-feet of torque.

Honda didn’t release EPA figures, but it promised the turbo engine in the higher trims will give the CR-V the highest fuel economy numbers among nonhybrids in the compact CUV class. Those higher trims make up about 75 percent of all CR-V sales, Honda said.

The base LX model soldiers on with a 2.4-liter four-cylinder engine that makes 184 hp and 180 pounds-feet of torque.

All 2017 CR-V models come with a continuously variable transmission and front-wheel drive. All-wheel drive is available as an option.

Inside, the CR-V benefits from many of the refinement improvements that have brought the current Civic industry accolades and record sales. Honda added more soft-touch materials to the cabin and -- noting the frustrations of new Civic and HR-V owners -- restored the physical volume knob for the radio and buttons for the fan speed.

"Our customers and frankly, many of you, said 'we want a knob' so the knob is back," Jeff Conrad, senior vice president of the Honda division, said at the media event in Detroit.

All trims but the base LX will come standard with Honda Sensing, a suite of safety features that includes collision-mitigating braking, forward-collision warning, lane-departure warning, adaptive cruise control and lane-keep assist.

The crossover shares a modular chassis with the recent Civic as well as the next-generation Accord set to debut in 2017. The CR-V wheelbase grows by 1.6 inches, and the length is up just over an inch. Passenger volume is up by nearly 2 cubic feet, as is rear cargo room. Rear legroom grows by 2 inches.

Despite the bigger footprint, curb weight is down slightly from the earlier model.

The outside styling gets a healthy makeover as well. Honda ditched the previous model’s curves for a more mature, edgy look. The new design language bears a passing resemblance to the Civic, particularly with the multilayer grille, and standard LED taillights flank the rear glass. A hands-free, foot-activated tailgate will be an option, as will LED headlights.

Pricing will be announced closer to the CR-V’s on-sale date later this fall. It’s not expected to change much from the current model, which starts at $24,745 with shipping for a base 2WD LX.

A grown-up with edge: Honda's retooled CR-V and what people are saying

Jeep fans get their wish with V-8 Wrangler