Lutz is back doing what he does best 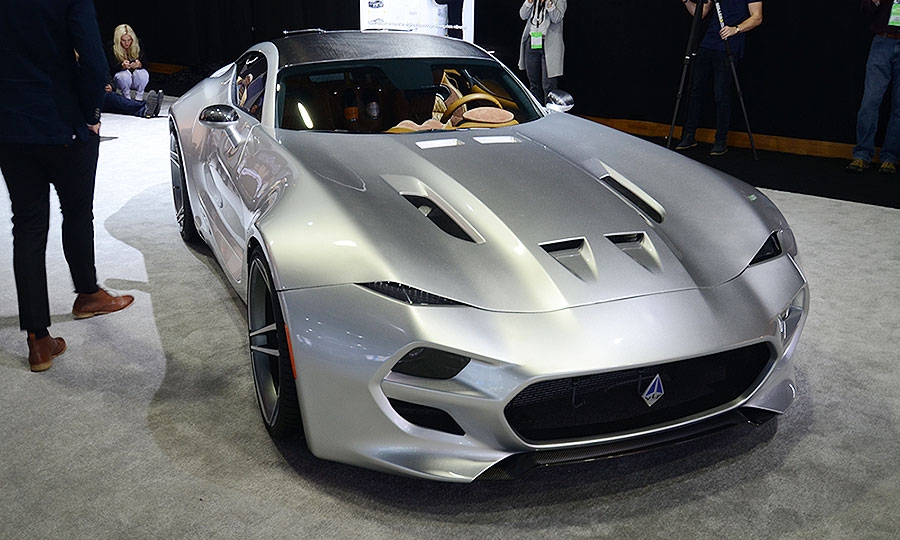 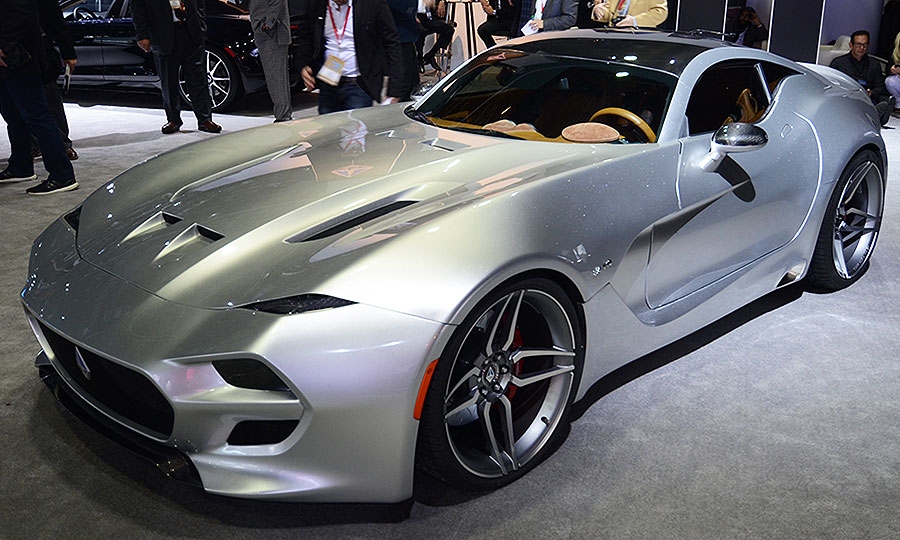 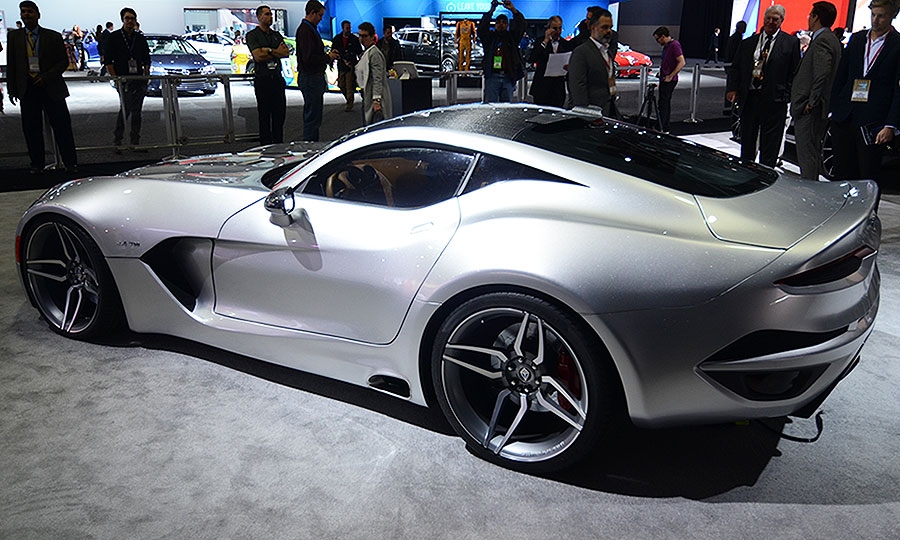 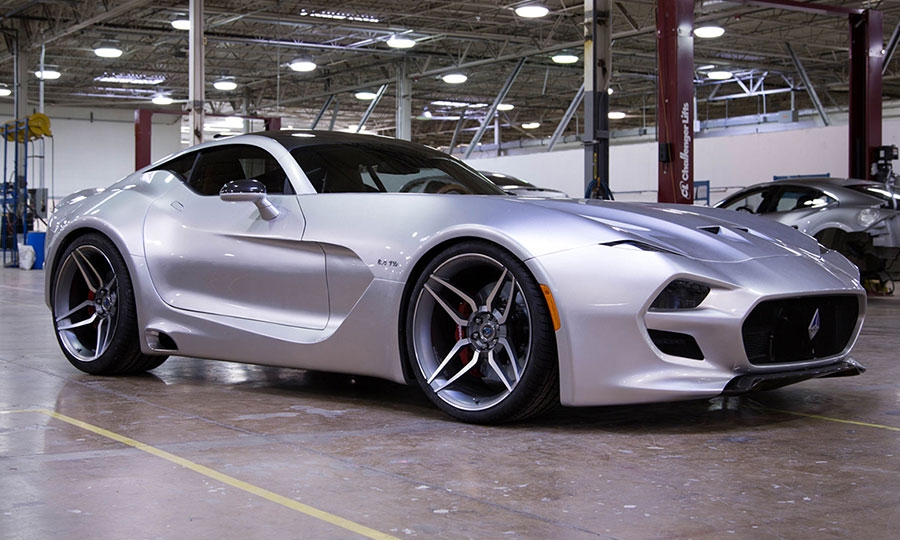 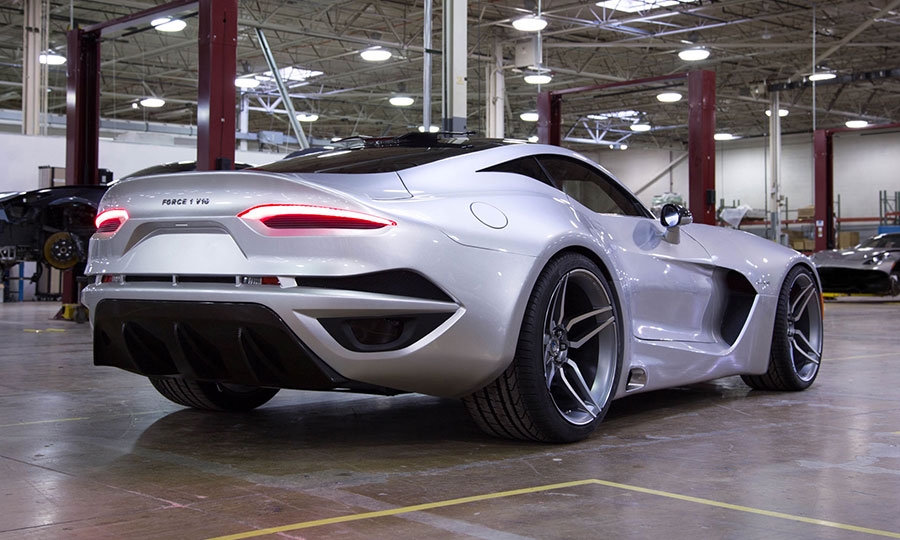 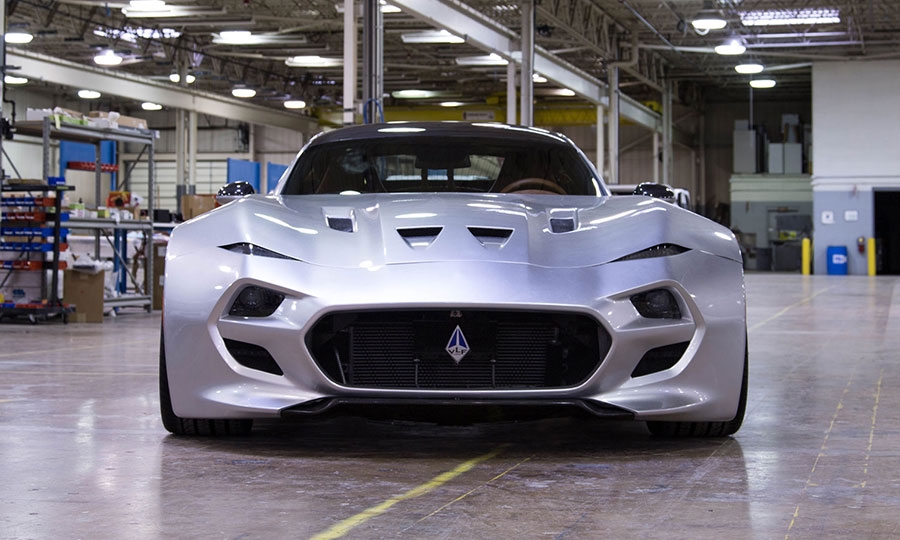 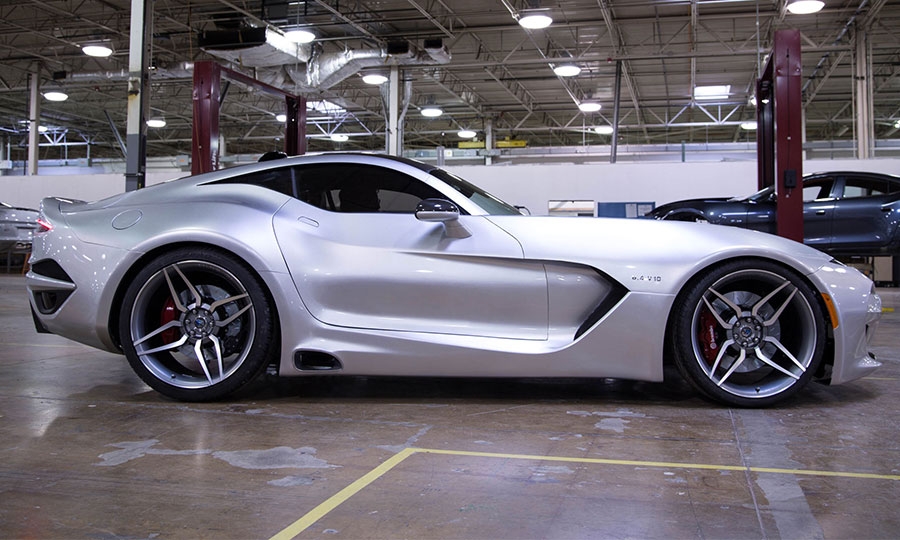 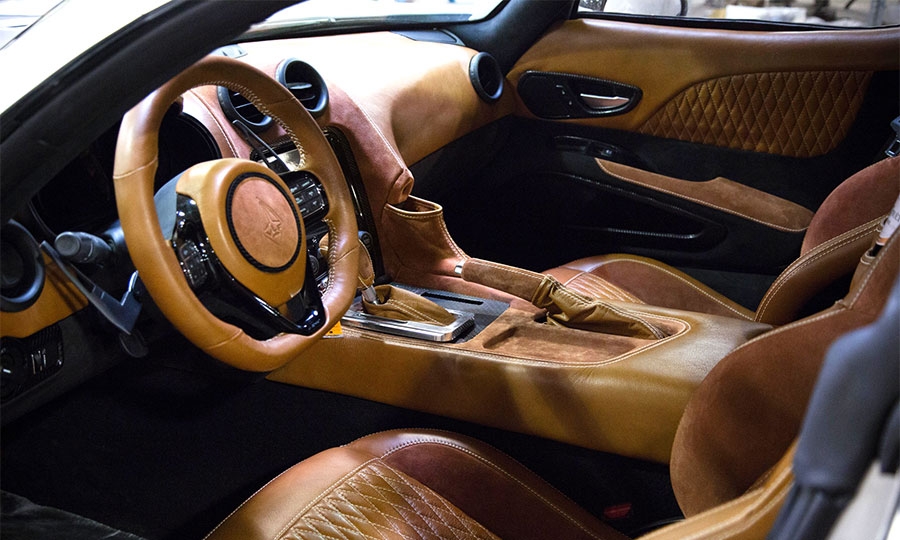 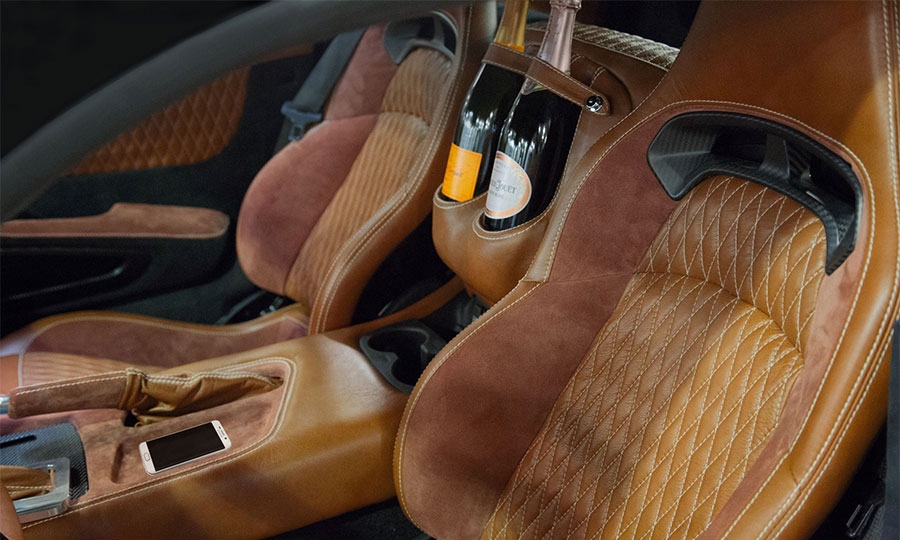 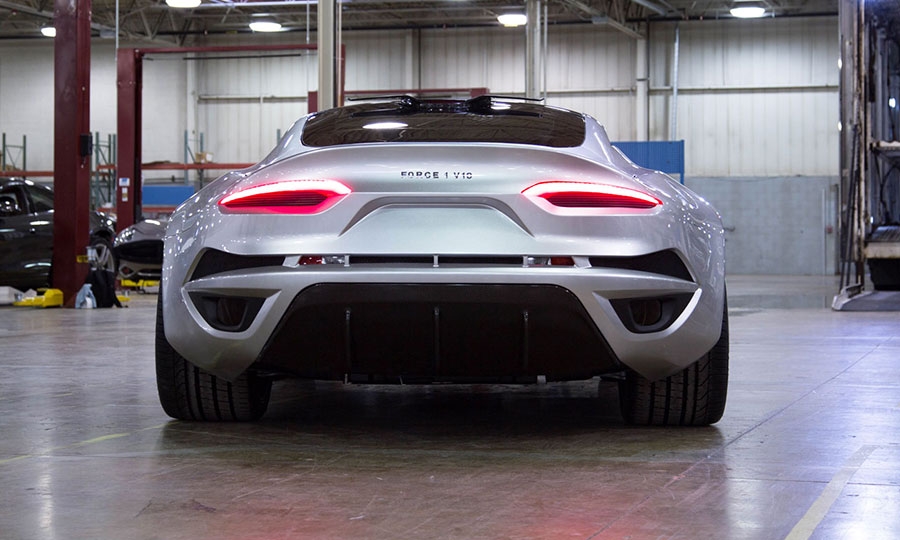 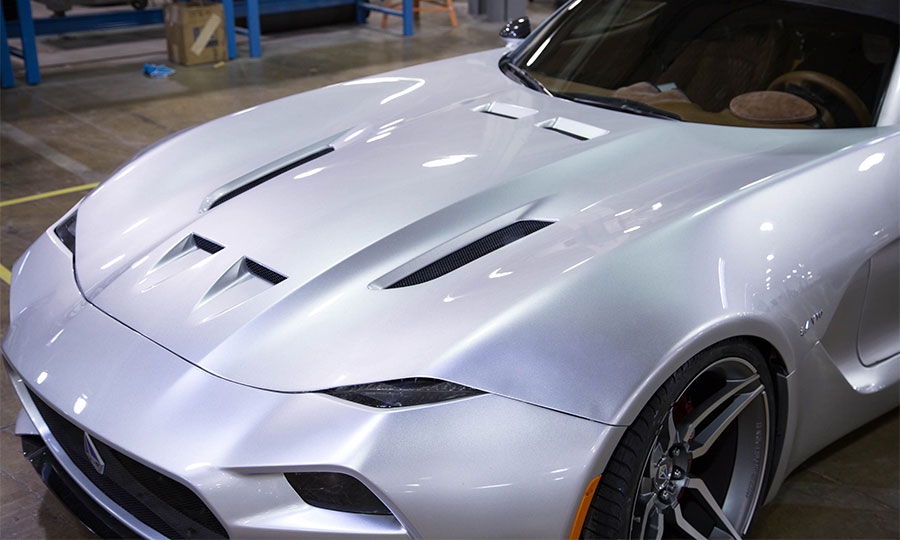 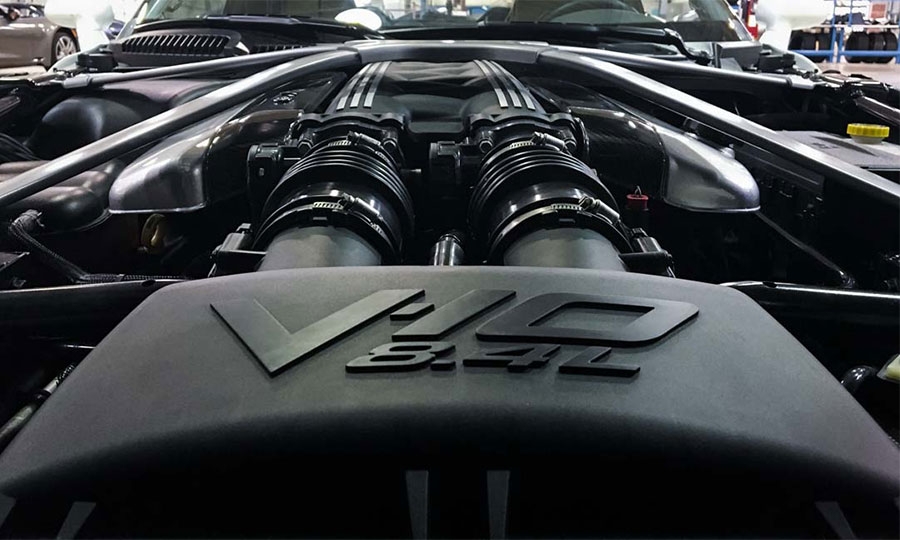 With VLF Automotive, Bob Lutz is finally getting his wish.

After nearly five decades working in the auto industry for BMW, Ford, Chrysler and General Motors, the product development guru has his name -- or at least a piece of it -- on a car.

The L in VLF belongs to Lutz. The other initials are for CEO Gilbert Villarreal, a manufacturing executive with aircraft, marine and automotive experience; and head of design Henrik Fisker, the designer who rose to fame at BMW and Aston Martin. Fisker is, of course, most recently associated with the failed Karma hybrid sedan -- a vehicle he is not quite finished with yet. But before that, Fisker was the designer responsible for elegant BMW Z8 roadster and Aston Martin’s DB9 and V8 Vantage supercars.

Lutz is chairman of VLF Automotive. He told me last week that he and his partners believe they’ll avoid the fate of the dozens of upstart boutique automakers who tried and failed to sell expensive cars to rich people.

On Thursday, just north of Detroit in Auburn Hills, Mich., Lutz held court at VLF’s plant and explained the company’s business model. VLF believes it has identified a niche and a way to serve it by creating expensive, exclusive ultralow-volume performance cars. VLF, Lutz says, can do this AND make money.

We’ll see. Though the odds are long, no one has tried quite the way VLF is going about it. And it is a Lutz-backed venture. Few product development executives have had as much success as Lutz.

Auburn Hills is where VLF makes its four-vehicle lineup: the Destino, a sort of four-door Corvette; the Force 1, a highly modified Dodge Viper; the Firefly, a small electric vehicle for municipalities; and a customized Mustang.

Lutz describes VLF’s business model like this: The company starts with a car that has been certified to meet federal safety and emissions standards, and modifies it so much that it is transformed. The Destino, VLF’s first vehicle, provided the template.

VLF bought a couple dozen used and unsold Fisker Karmas, removed the gasoline-electric powertrain, heavy battery pack and power electronics and then re-engineered the car. Out went the four-cylinder engine, electric motor, battery pack and power electronics. In came the powertrain from the previous generation Chevrolet Corvette ZR1. That’s a supercharged, 638-hp, 6.2-liter V-8 mated to a rear-mounted six-speed automatic transmission. The front and rear fascias were changed and the interior tidied up.

Ditching the Karma’s hybrid powertrain shaved about 1,100 pounds off the Karma and dramatically improved its performance and handling, Lutz says. The company had to submit to EPA emissions testing, but not safety testing.

“Every other startup goes out and gets a bunch of money, like Fisker and Tesla, and all the failed electric car companies. And then they put in a huge staff like a regular automobile company,” Lutz told me. “And they have a PR staff and an HR department and they have this incredible cash burn. And by the time they launch the car, if the volume isn’t there, it collapses.”

Ditching the Karma's hybrid powertrain shaved about 1,100 pounds off the Karma and dramatically improved its performance and handling, Bob Lutz, right, said.

The Destino’s price is $229,000. If a customer has a Fisker Karma, VLF will transform it into a Destino for a cool 110 grand. Lutz says the company has a steady stream of business lined up and believes it will do between 200 and 300 cars. If demand is greater, Lutz says VLF might be able to buy cars from the Chinese company that has put the Karma back in production as the Karma Revero.

Because VLF is using as many off-the-shelf parts from current and former production cars as it can adapt, the company doesn’t need a large engineering staff. It doesn’t need to certify and test new parts and it doesn’t need to invest large sums in tooling costs, Lutz said. VLF has also struck deals with suppliers for low-volume runs of parts and has started using 3-D printers for small parts, such as brackets.

VLF does spend development money to tune the chassis and brakes, update vehicles’ OBD-II systems and other engineering expenses. But Lutz said the company is run on a tight budget and the total investment so far is about $10 million.

One might wonder why Lutz, at 84 years old, needs the aggravation of managing another automaker when he finally has the time to spend with his fleet of modern and classic performance cars, his numerous pets, his high-performance motorcycles and his aircraft.

After decades of working from dark to dark at least five days a week, attending thousands of meetings, launching new cars at auto shows on nearly every continent, after battling with less talented superiors, the father of the Ford Explorer, Dodge Viper, Cadillac CTS -- the man who helped shape the BMW 3 series as well as start the company’s M performance division -- just can’t tame his internal rpms.

“You can take a guy out of the automobile business, but you can’t the automobile business out of the guy,” Lutz says with a smile. “So, I enjoy the creative process. And I always dreamed of having an exclusive car with my name on it, at least partially. VLF is a retirement project. I don’t expect to become phenomenally wealthy. If I become a little bit wealthy, I won’t complain. For me, this is a dream come true.”