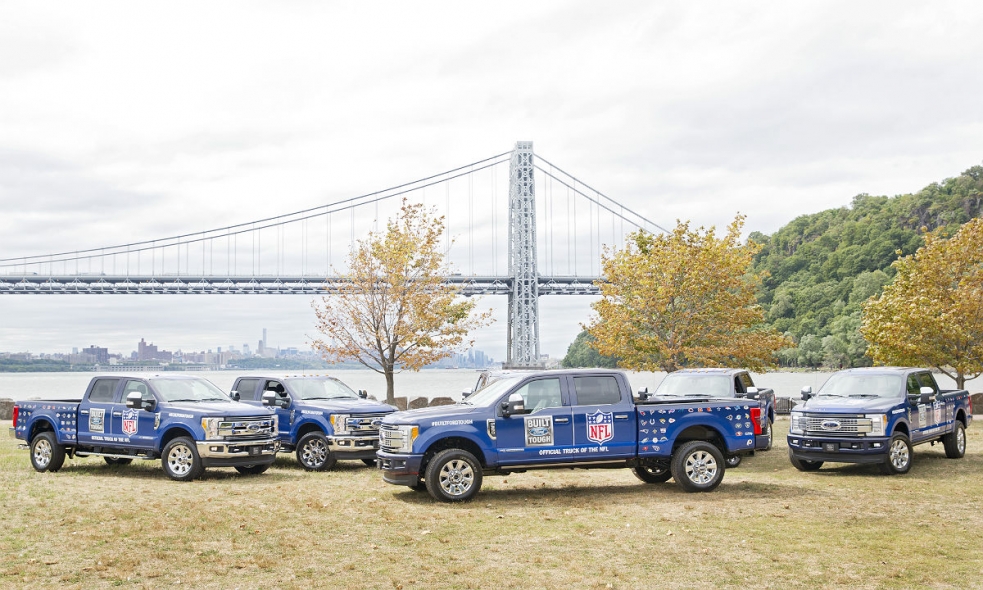 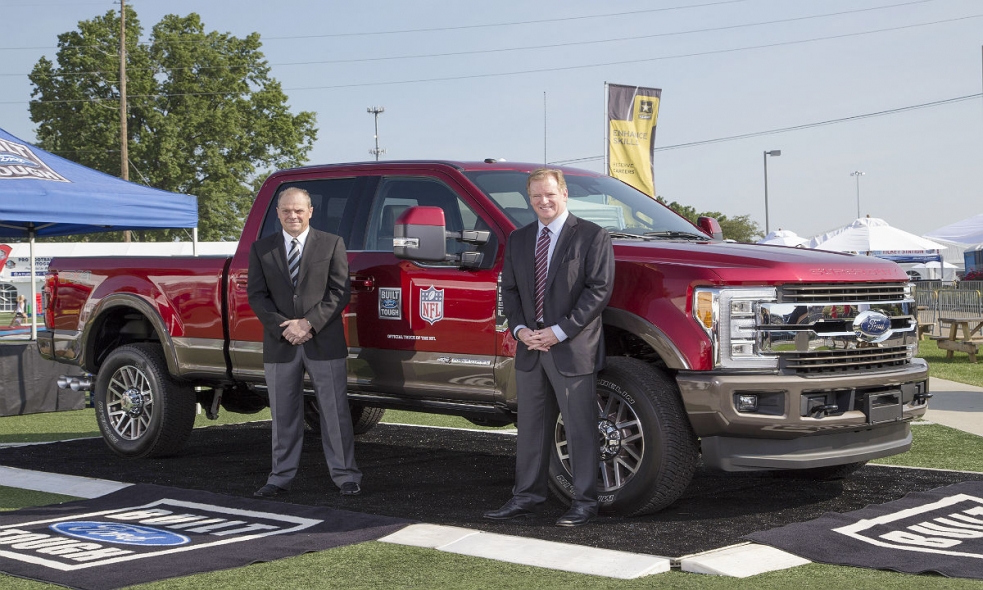 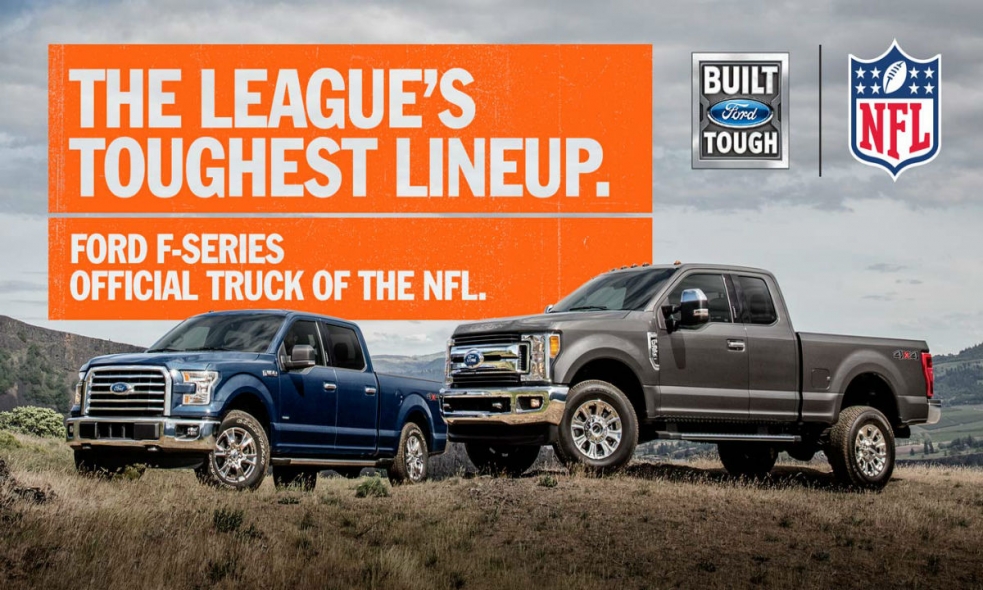 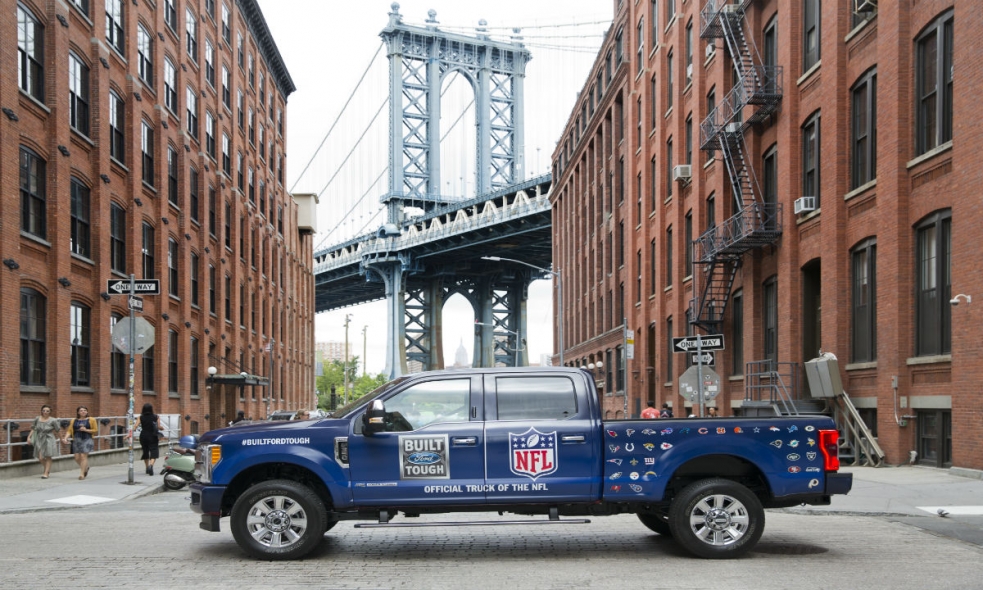 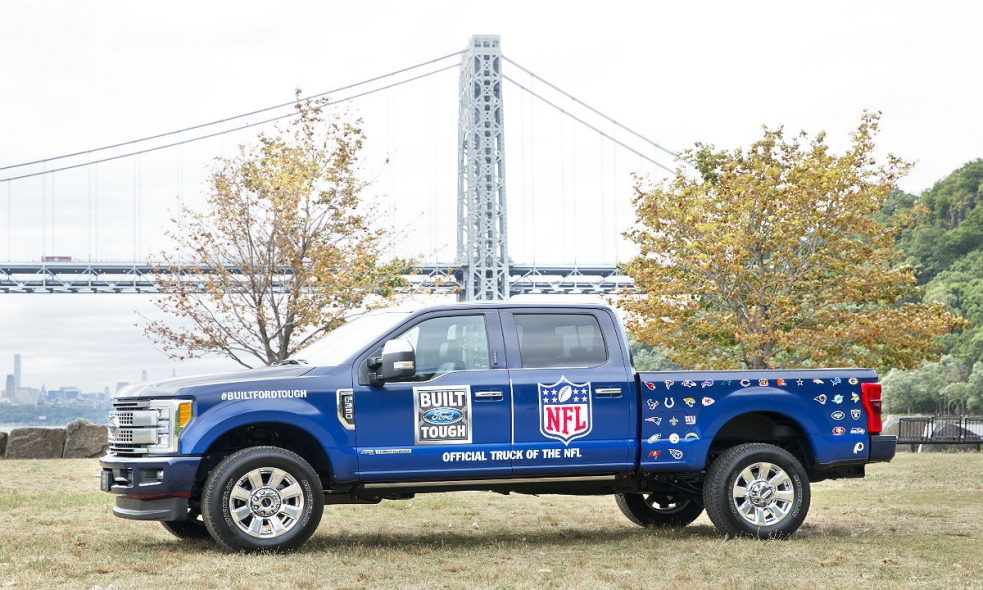 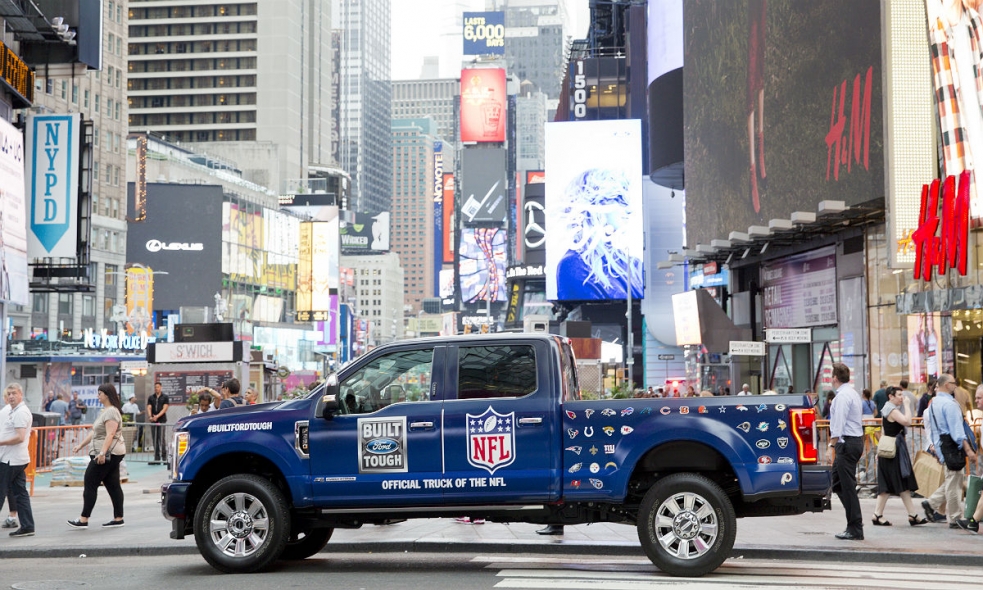 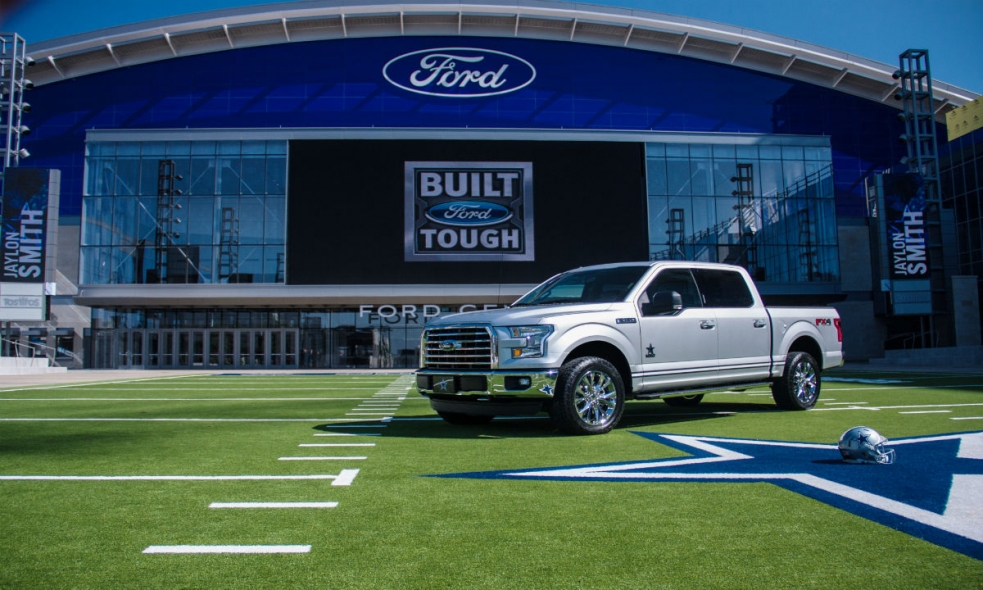 The Blue Oval and “The Shield” are further strengthening their marketing relationship.

On Wednesday, Ford revealed that the F series is now the official truck of the National Football League, signing a three-year partnership. Terms of the deal were not disclosed.

Today, Ford is providing fans in New York the opportunity to order Ford F-series Super Duty “Tailgate Trucks” via Uber, which will be delivering food, tickets and merchandise.

Ford is also set to bring a “Built Ford Tough Tailgate Tour” to NFL games across the country.

The partnership is just the latest marketing move Ford has made within the NFL.

The Dallas Cowboys’ new $1.5 billion headquarters and multiuse event center is called the “Ford Center at the Star” in Frisco, a suburb of Dallas-Fort Worth.

Lincoln was named the official luxury vehicle of the Cowboys in August.

Also last month, Ford unveiled the Dallas Cowboys edition F-150, which is limited to 400 units. Each one features an autographed badge by Cowboys owner Jerry Jones.

Ford is far from being the only automaker to have a visible sponsorship presence in the NFL, however.

In 2015, Hyundai signed a four-year sponsorship deal with the NFL to replace GM as an official sponsor but in doing so, left the official truck space open.

"There is not a lot of overlap between a Hyundai Santa Fe customer and a Ford F-150 customer. If there was, that is where it might get a little bit problematic," Jim Andrews, senior vice president of marketing for sponsorship consultancy IEG, told Advertising Age.

A Hyundai spokesman told Advertising Age that the automaker has known there would be a truck sponsor since Day 1.

"Like Hyundai, Ford recognizes the value in being an NFL sponsor and reaching the millions of passionate fans who are gearing up for the start of the season tomorrow," the spokesman said. "We are extremely pleased with how our sponsorship has unfolded so far and have some exciting plans for year two. As the official car, SUV and luxury car of the NFL, we have exclusivity in the categories where Hyundai sells vehicles."

NFL stadiums, which typically garner multiyear, multimillion dollar naming rights deals, with automaker names include Ford Field in Detroit, the Mercedes-Benz Superdome in New Orleans and Nissan Stadium in Nashville. The Atlanta Falcons are set to move into their new home, Mercedes-Benz Stadium, in 2017.

Crain’s Detroit Business and Advertising Age contributed to this report.

Honda, Toyota on pace to out-produce Detroit 3 in Canada for first time