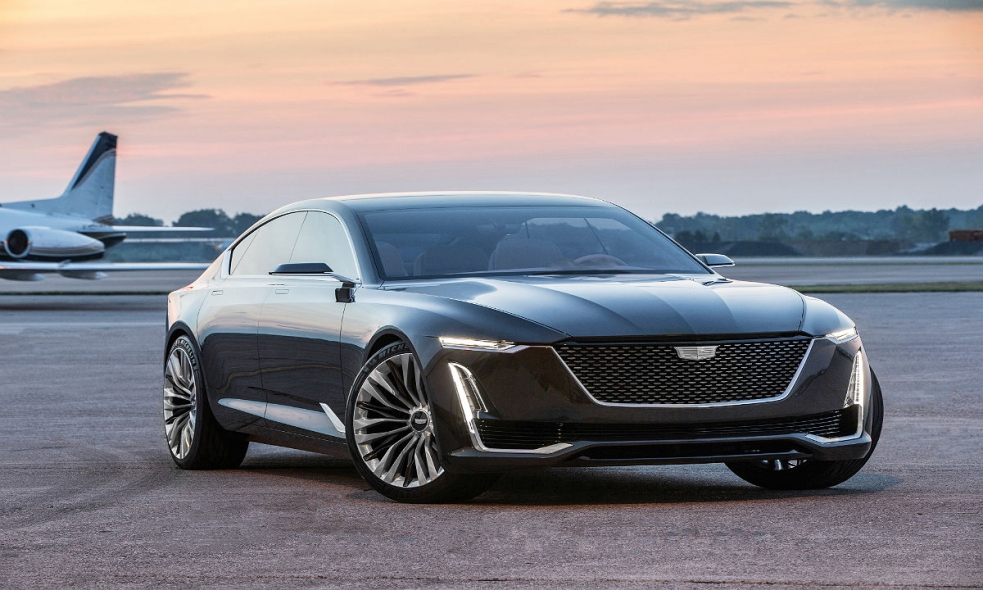 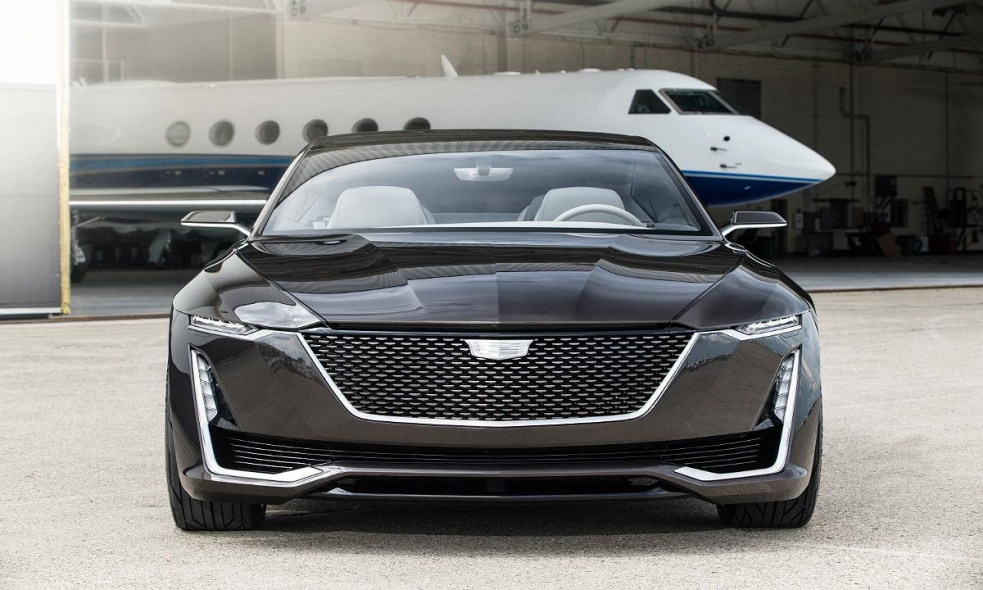 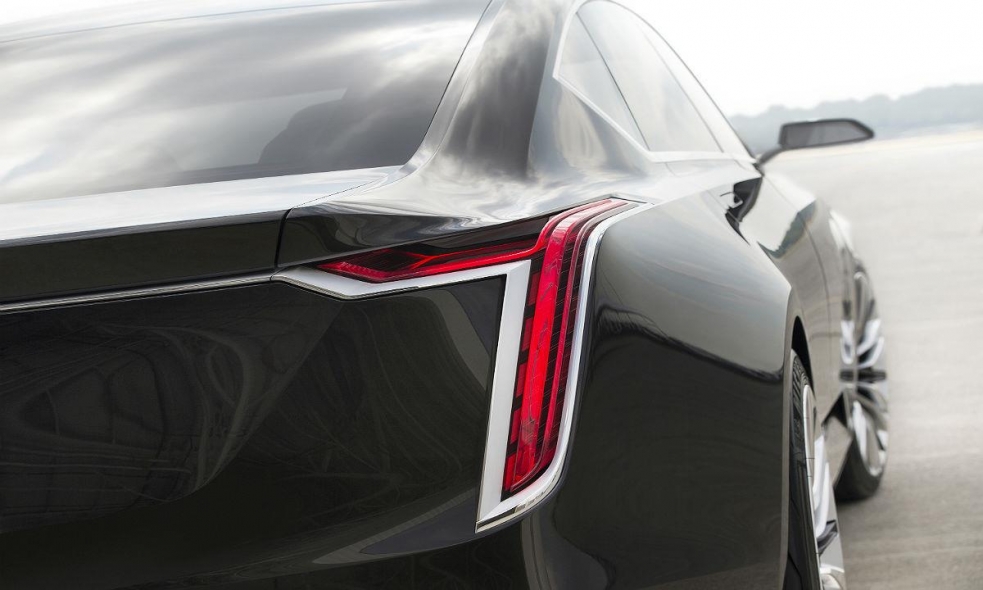 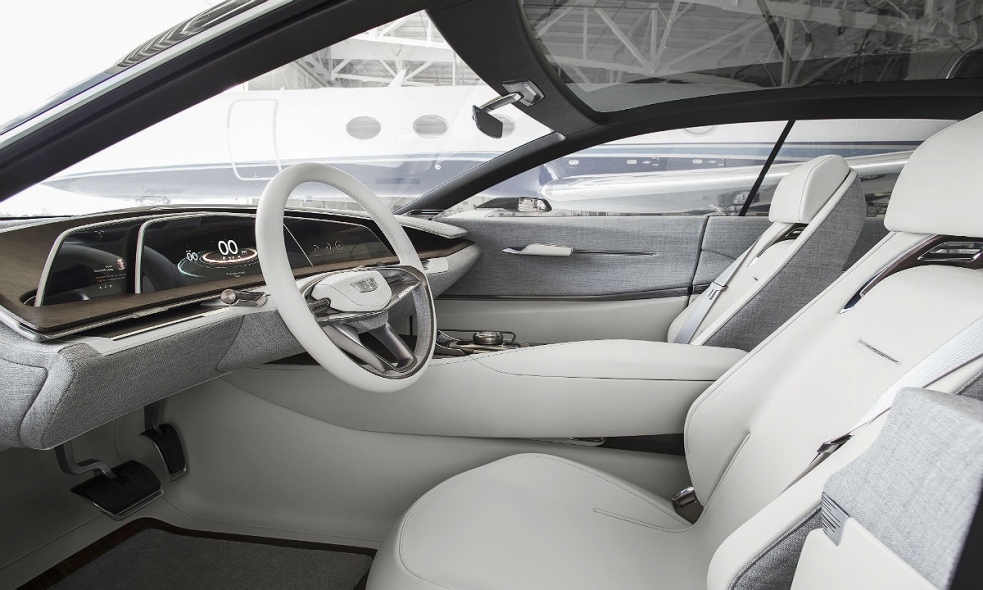 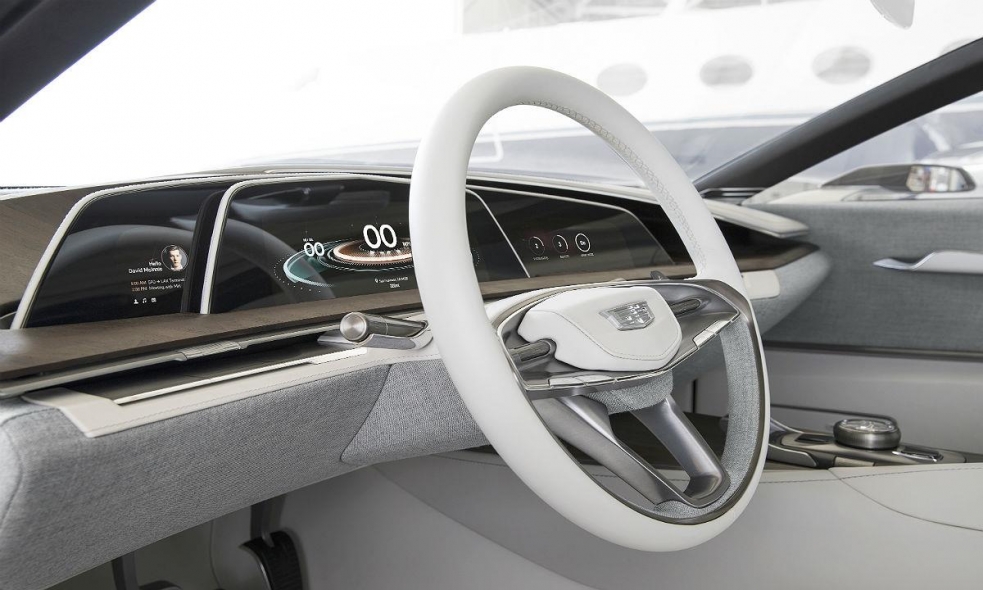 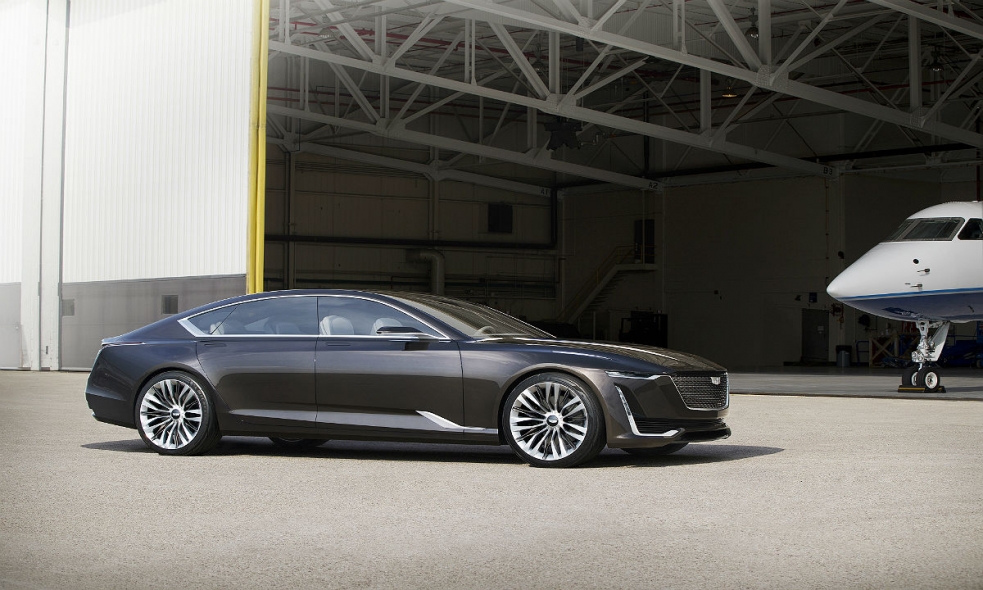 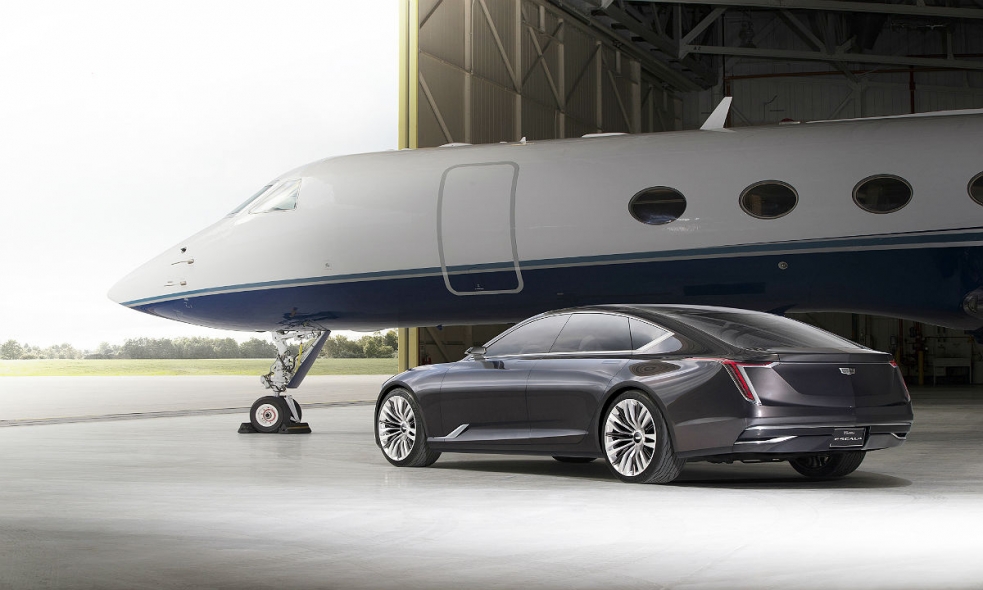 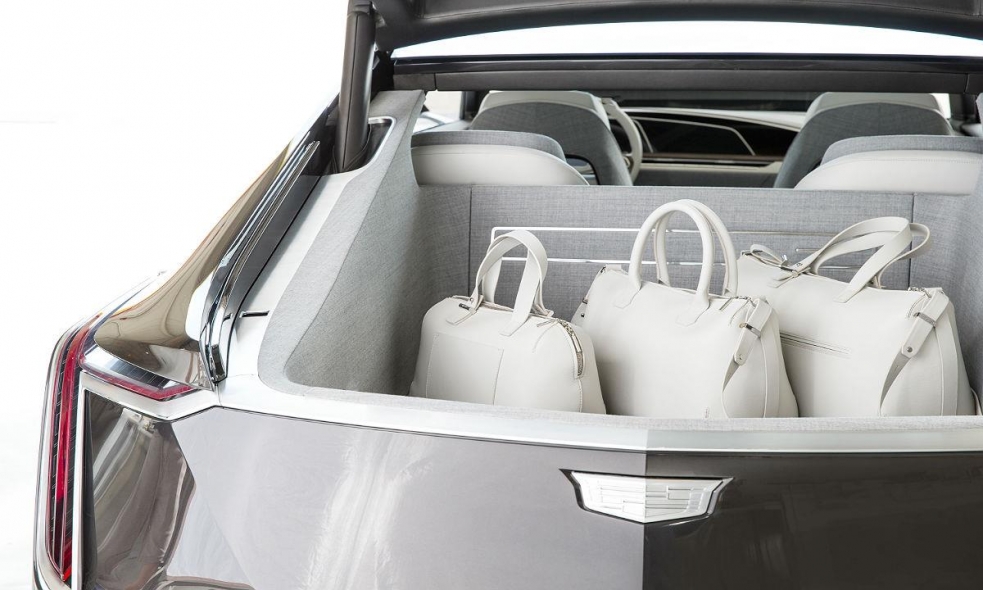 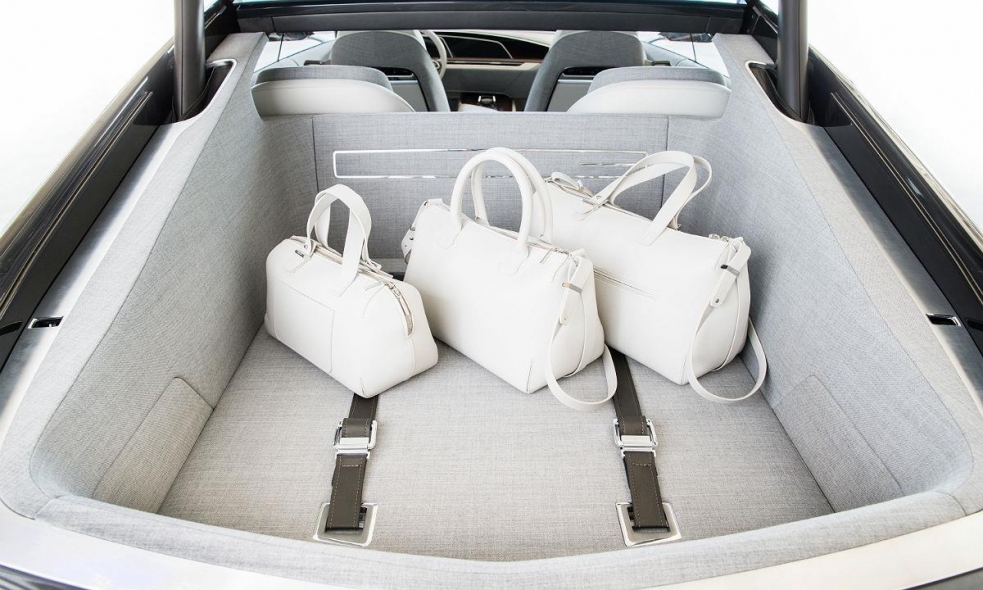 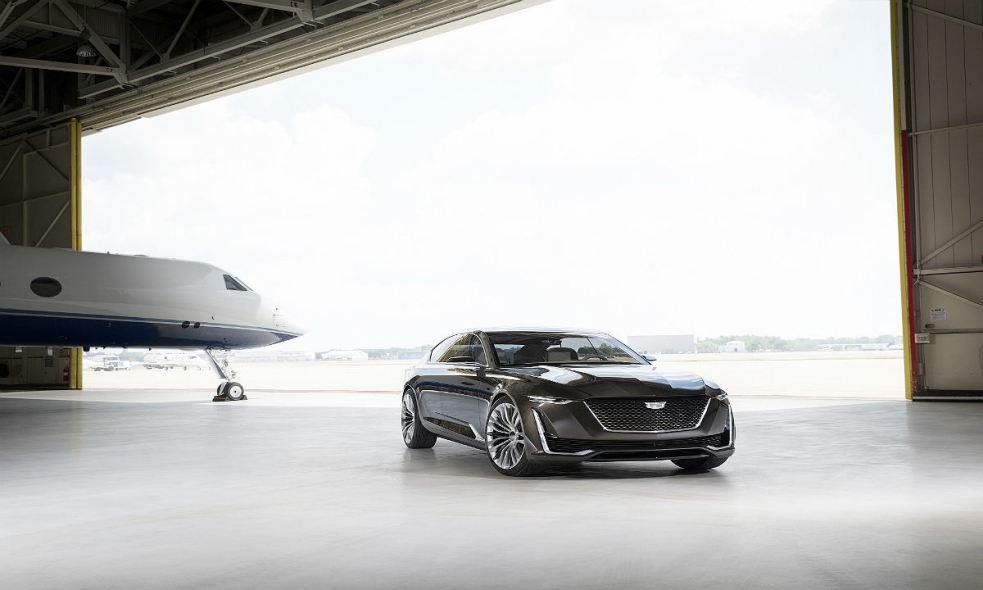 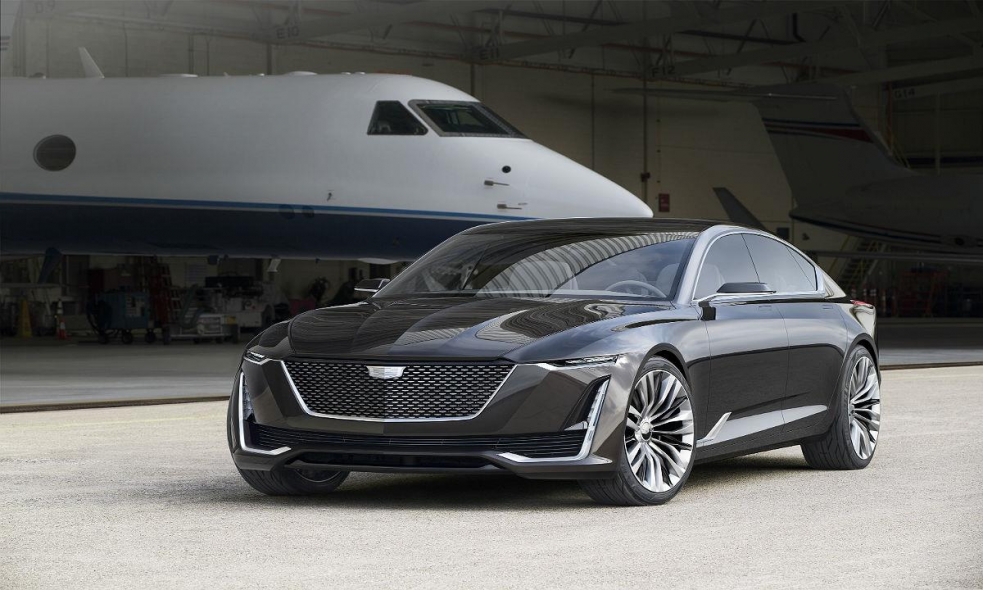 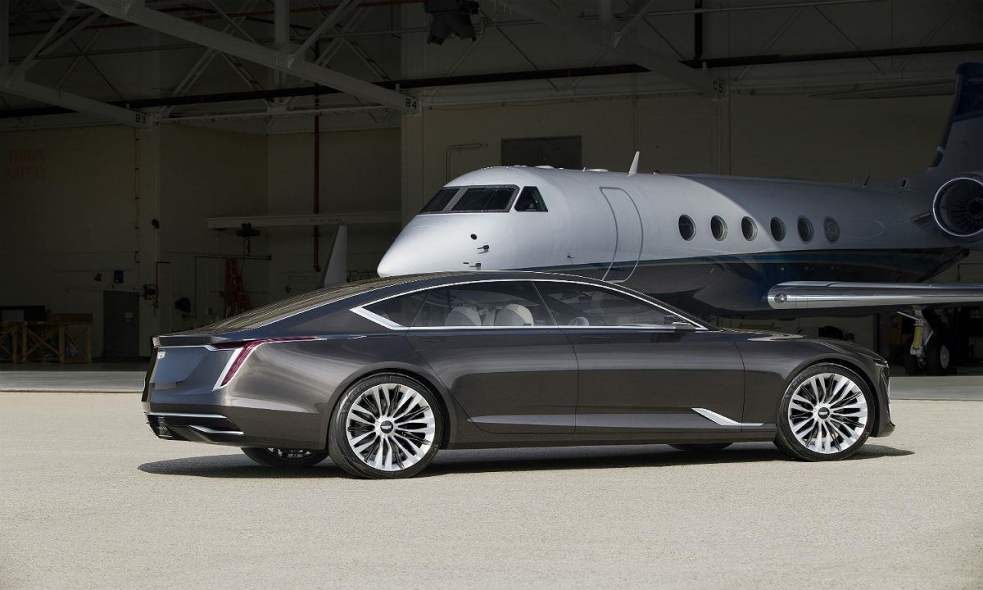 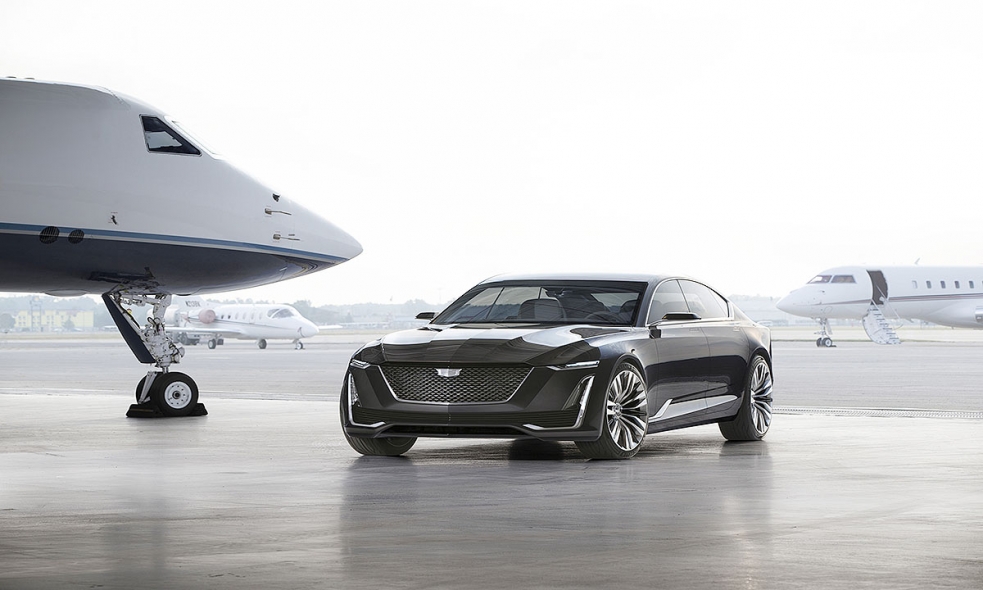 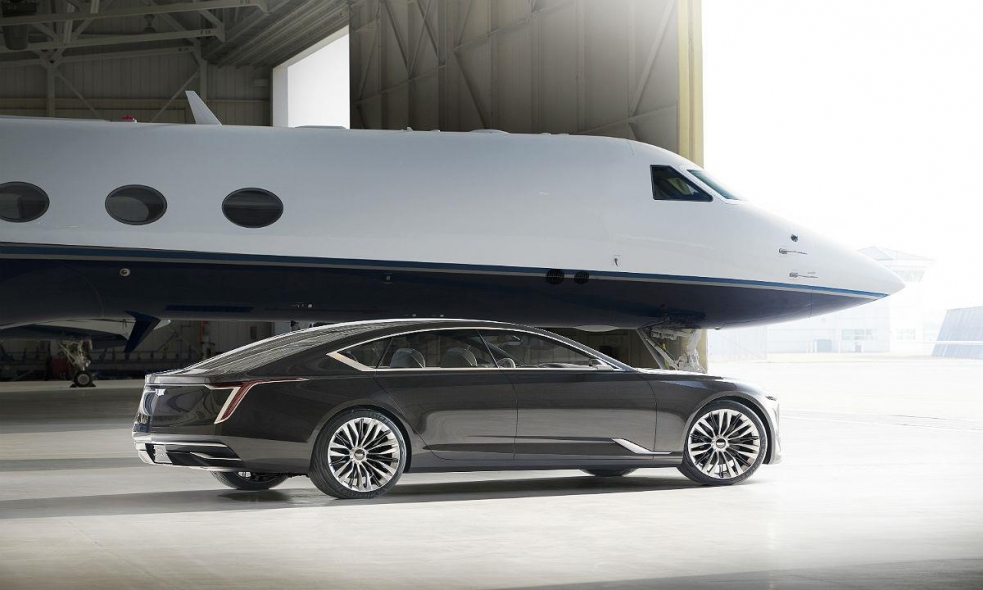 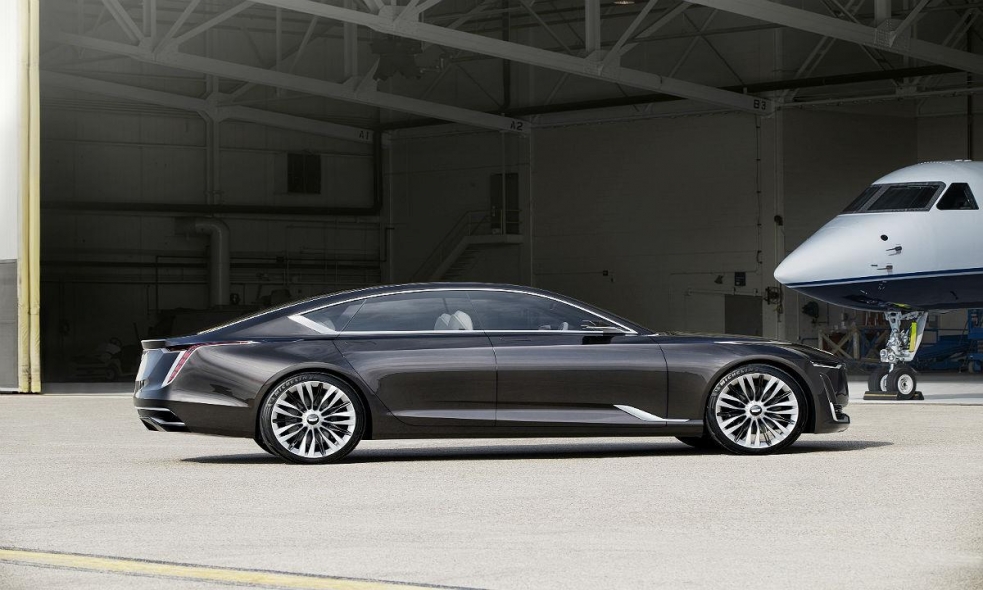 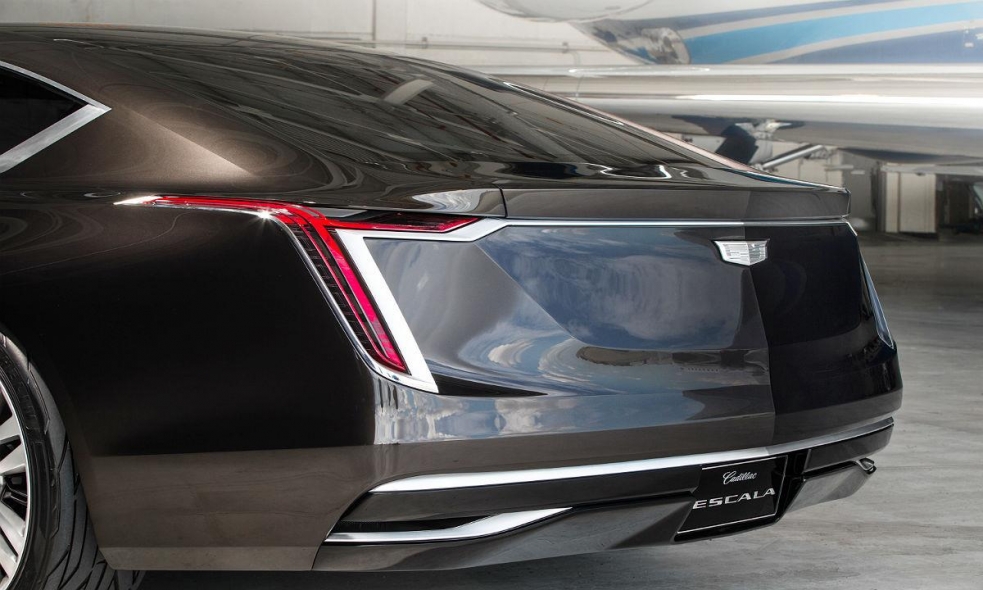 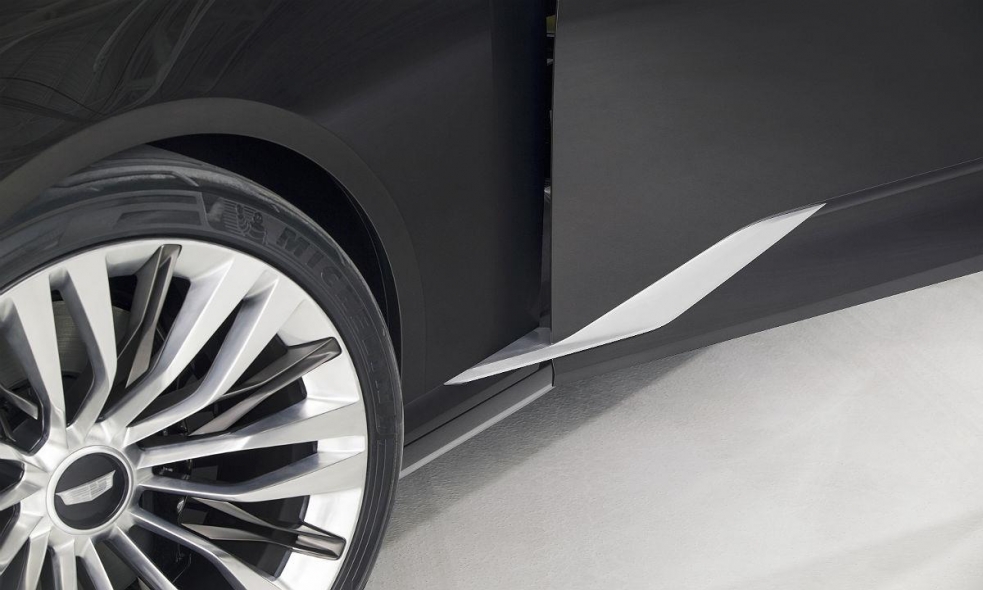 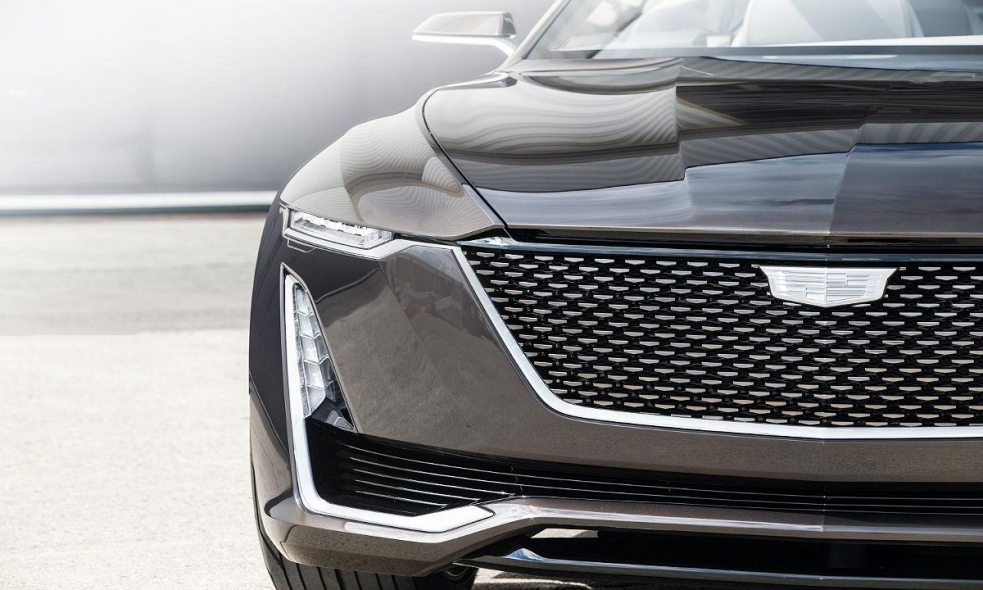 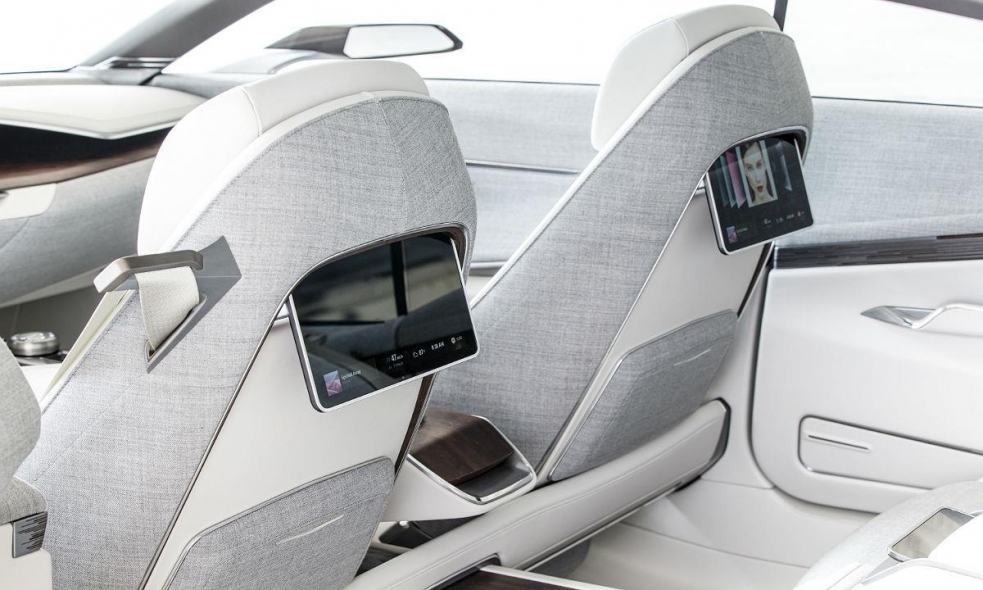 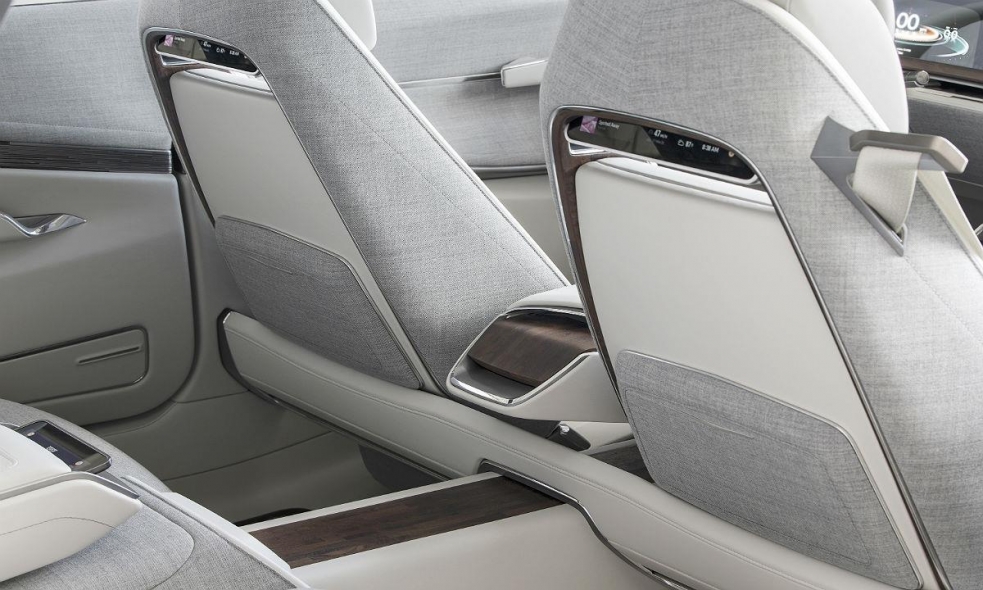 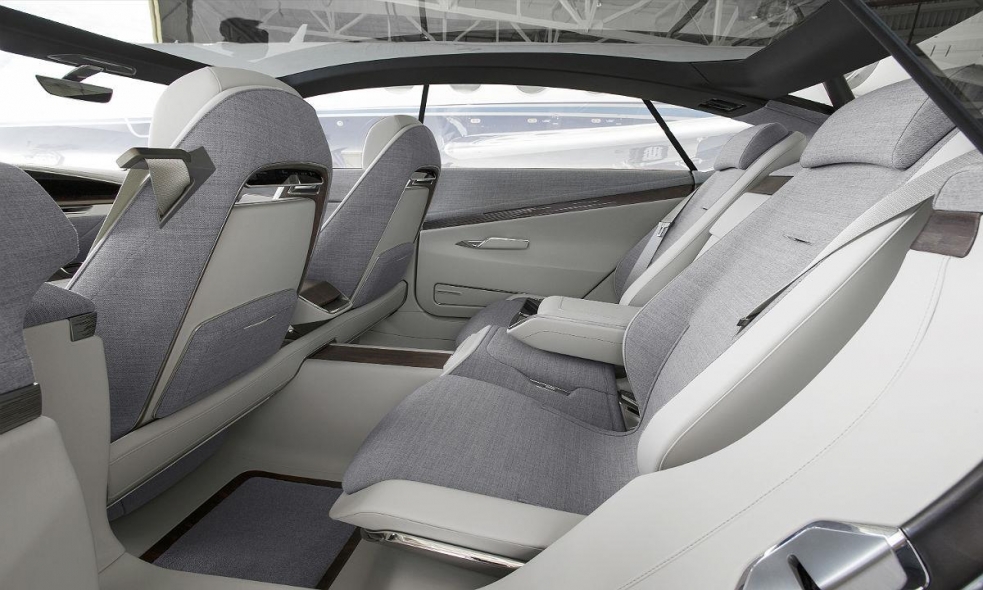 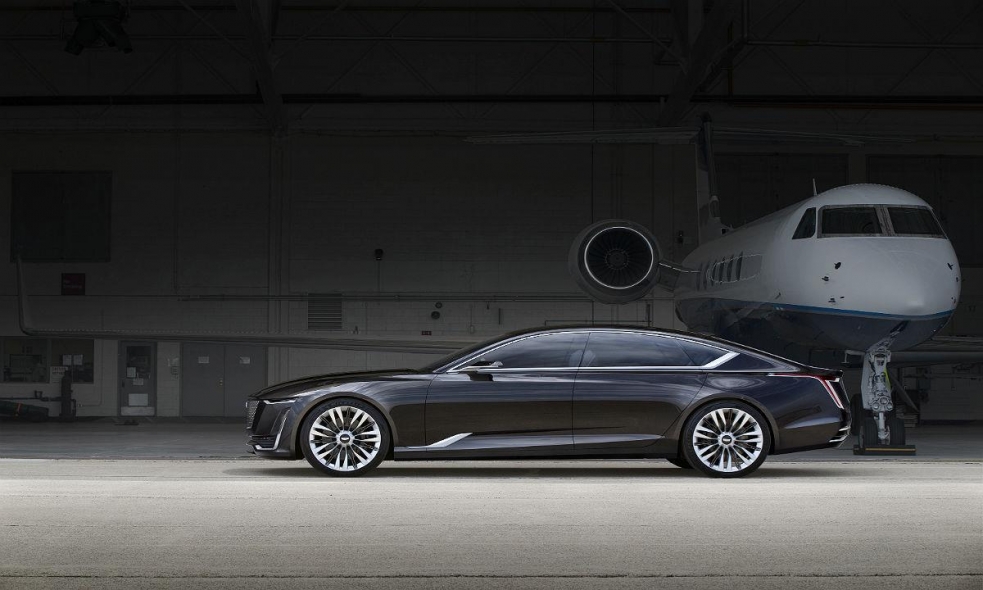 PEBBLE BEACH, Calif. -- After teasing the public with dramatic and unlikely concept cars in two previous years, Cadillac used this year's Monterey Car Week to glimpse into a future that will actually happen.

GM's luxury arm unveiled the Escala concept Thursday, Aug. 18. The car is an amalgam of design, powertrain and new model ideas that will all eventually wind up in Cadillac's lineup.

Just maybe not in the same place.

"There's a lot of stuff that's being captured here," Johan de Nysschen, Cadillac's president, told Automotive News at the Escala's debut. "All of that won't necessarily find itself coming out in one car; it will be spread through the portfolio."

The biggest and most immediate element of the Escala to land in buyers' driveways will be the car's dramatic new styling. The concept sedan's look is a radical departure from Cadillac's current design and includes a healthier dose of Asian influences than the brand has featured in the past.

"The design language is the first thing" consumers will see, de Nysschen said. "Exterior design and interior design concepts are already being incorporated in the vehicles that are in development right now."

He estimated that production Cadillacs will arrive with this look in 2019. That would make the next-generation CTS sedan -- soon to be dubbed the CT5 -- the most likely candidate for the styling shift, followed closely by Cadillac's all-new XT7crossover. Both models are expected to go on sale in 2019.

Then there's the question of what to make of the Escala itself.

Production would be far more feasible than it was for the full-size Ciel convertible that debuted here in 2011 or the Elmiraj from 2013. The Escala is built on the CT6 platform but sits six inches longer overall.

While the CT6 is a standard sedan, the Escala -- Spanish for "scale" -- uses a liftback design.

In the press release announcing the Escala, de Nysschen hinted that the car could join the Cadillac lineup. "Depending on the development of market segment for large luxury sedans, Escala is a potential addition to our existing product plan," he said in the release.

If that happened, it would effectively take the place of the CT8 -- for now.

While talking with Automotive News, de Nysschen disputed recent media reports that the CT8 flagship sedan program had been canceled outright, saying instead that Cadillac has put the program on hold in the wake of consumers' rapid shift toward crossovers and SUVs.

Until Cadillac and the rest of the industry can tell whether that shift is due purely to low gasoline prices or whether light trucks are the new normal, Cadillac is exploring other options, he said. They include the idea of merging a CT6 and CT8 into a single vehicle like the Escala to take the CT6 platform more upscale, using a new large crossover as Cadillac's flagship (not an SUV because the vehicle would be sold globally), or both.

"These are precisely the things that we are just saying: "Let's step back a moment and see whether it's just an energy/price thing, or is it a more sustained shake-up?'" de Nysschen said.

Finally, there's the matter of the Escala's powertrain. Though it shares a platform with the CT6, the concept car uses a prototype twin-turbocharged 4.2-liter V-8 engine that Cadillac is developing for future models.

De Nysschen demurred when asked whether the current-generation CT6 would get the new V-8 or whether Cadillac would wait until the second-generation model debuts early in the next decade, saying only that Cadillac is considering the new V-8 for a range of vehicles.