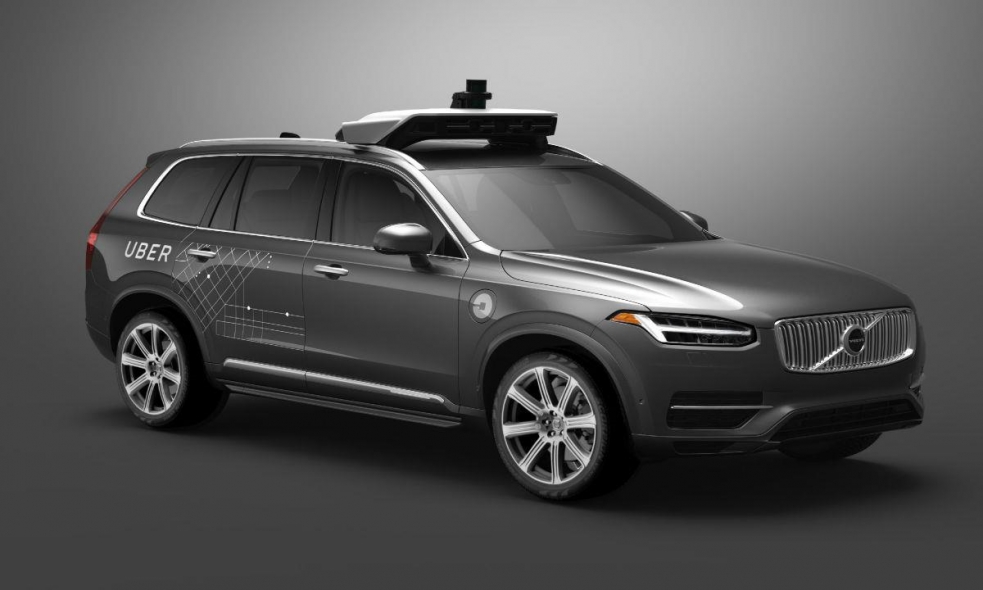 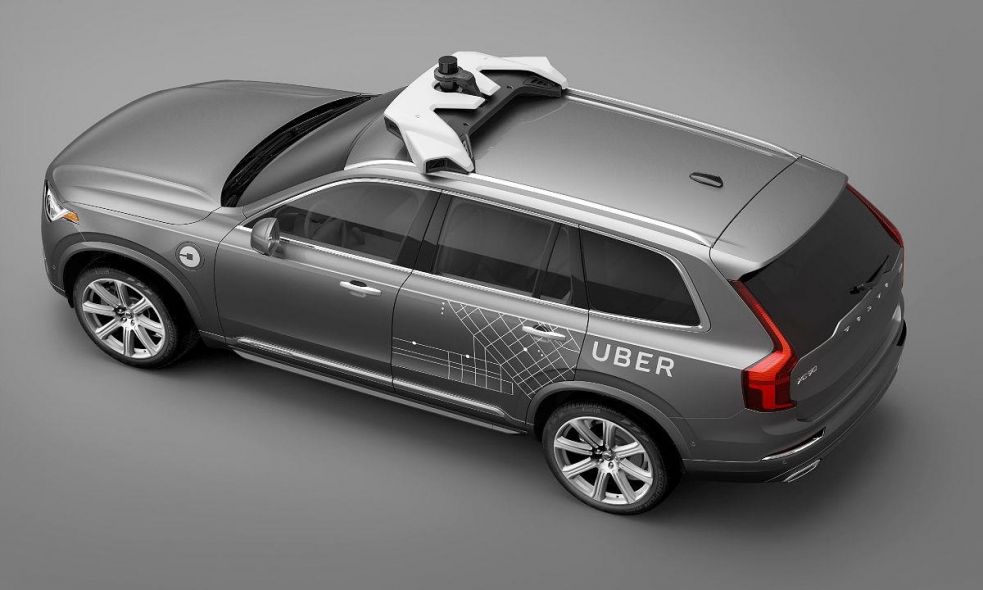 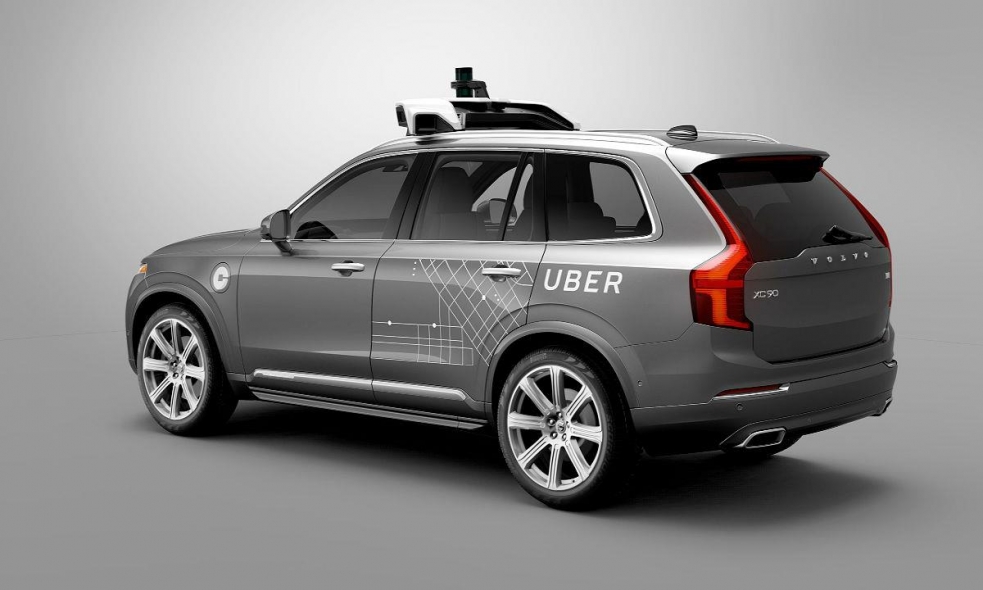 Volvo formed a partnership with Uber that will put self-driving XC90s on the road in the U.S.
Share 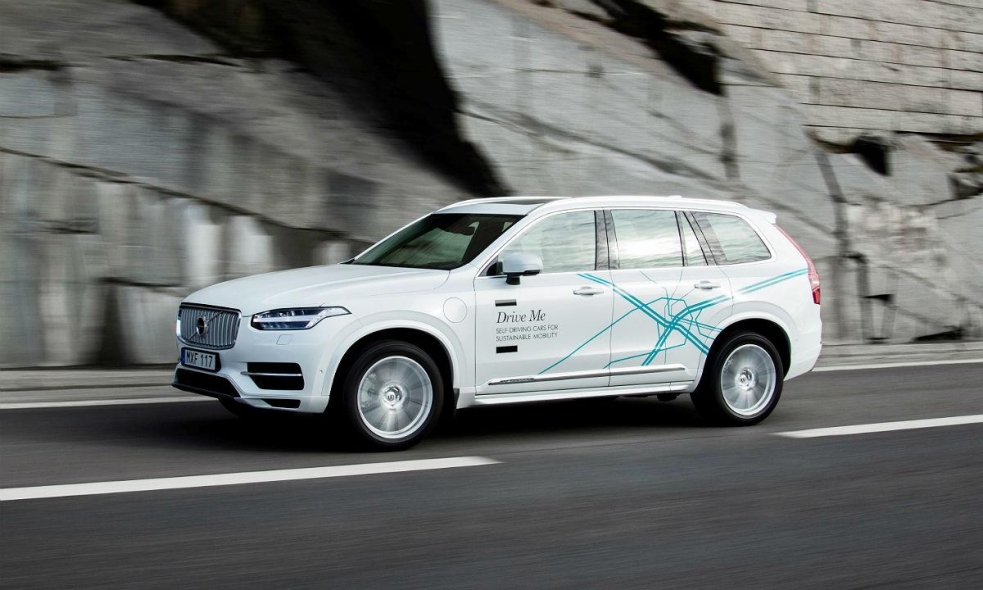 VOLVO
Volvo's Drive Me project started in 2013 and test vehicles like this XC90 have been on the road in and around Gothenburg since 2014. Volvo said the public pilot is scheduled to start in 2017.
Share 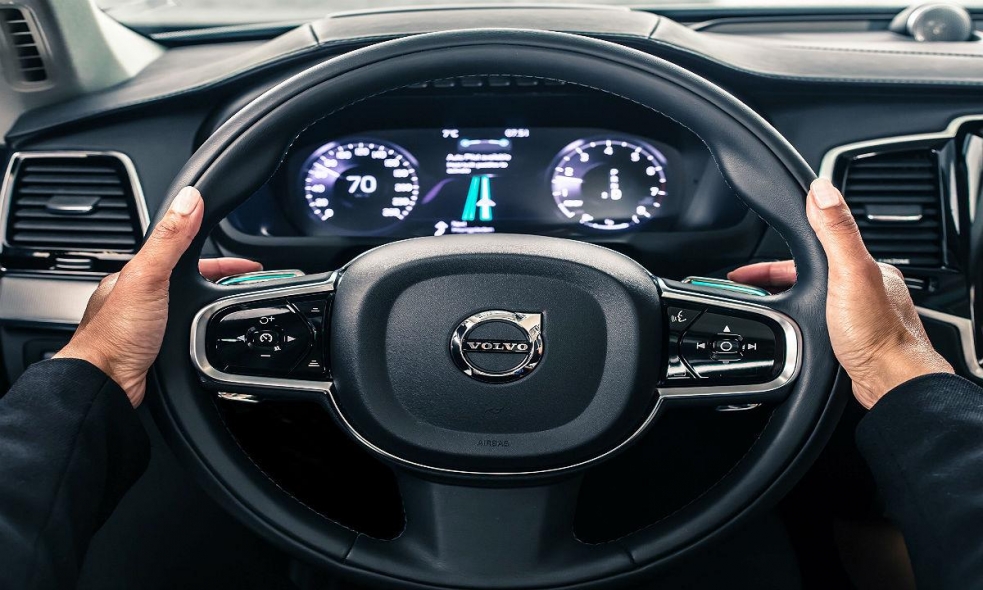 VOLVO
Last October, Volvo unveiled "IntelliSafe Auto Pilot" which will be available on 100 XC90s for the Drive Me project in Gothenburg in 2017.
Share 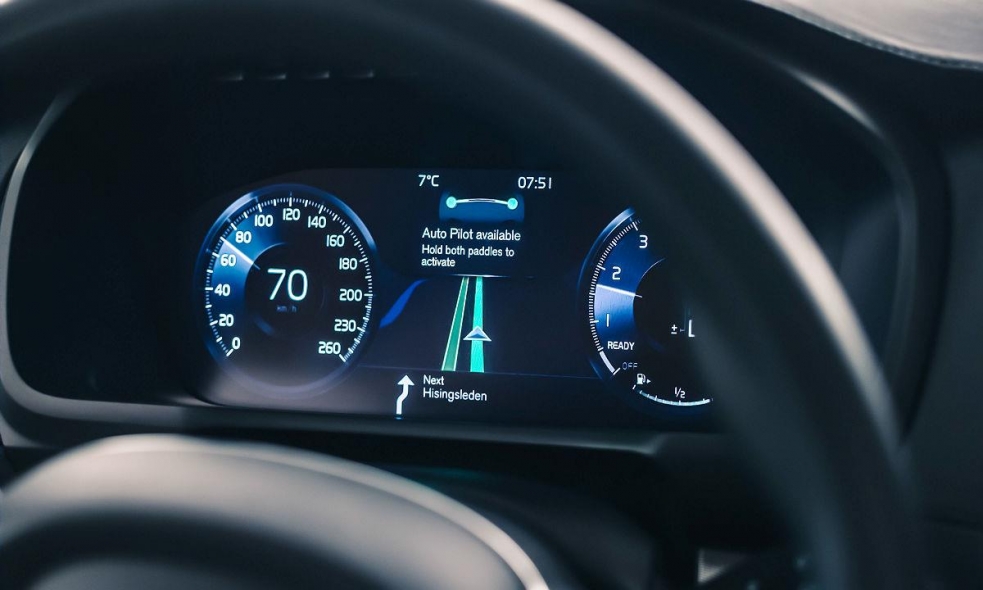 VOLVO
The autonomous mode in IntelliSafe Auto Pilot interface is activated and deactivated with specially-designed paddles on the steering wheel.

San Francisco-based Uber and Sweden’s Volvo Cars today said they have formed a $300 million partnership that could put a fleet of self-driving XC90 plug-in hybrid SUVs on the road in Pittsburgh in a matter of weeks.

The first of 100 XC90s have already been delivered to Uber and could be deployed in the ride-hailing service’s fleet this fall, if there are no engineering glitches, said Uber spokeswoman MoMo Zhou.

When the vehicles are put in service, two Uber employees will sit in the front seats. One will be ready to take immediate control of the vehicle, while the other will be monitoring the driver and the vehicle and taking notes on a computer, Zhou confirmed.

“Volvo will use the same base vehicle for the next stage of its own autonomous car strategy, which will involve fully autonomous driving,” Volvo said in a statement.

Uber said it is buying the XC90 SUVs from Volvo and is adding the self-driving hardware and software that it developed in its Pittsburgh tech center, opened just 20 months ago. Volvo will provide technical support as needed.

Uber will extensively re-engineer this batch of 100 XC90s, adding components such as lidar, radar, additional cameras and sensors, as well as computers and software. The modifications will enable the seven-seat SUV to drive itself, said Sherif Marakby, Uber’s vice president of global vehicle programs.

But Volvo said today that it is working on a new version of the XC90 that will be built in-house at Volvo already equipped with autonomous driving equipment. The new version of the seven-seat SUV will eventually enable level 4 autonomy -- meaning a person must be in the driver’s seat, but the vehicle can drive itself. Volvo would not say when that vehicle will be launched.

Marakby joined Uber in April after a 25-year career at Ford Motor Co. where he held numerous senior engineering management posts. In his last job at Ford, Marakby was the company’s director of global electronics and engineering, a position where he was responsible for electrical components on all Ford vehicles globally, including infotainment, driver assist and connectivity.

Marakby manages a team of Uber engineers who are integrating the company’s hardware and software into the XC90. Marakby chose the XC90, he said, after traveling the world evaluating vehicles and speaking to automakers. Marakby declined to say how many engineers the company has at its Pittsburgh tech center.

“The foundation of the collaboration is Volvo’s strength in safety and vehicle development, and Uber’s strength and commitment to autonomy and autonomous technology,” he said. “A significant part of that is the software. All of that is developed in house.”

“We are very proud to be the partner of choice for Uber, one of the world’s leading technology companies,” the statement said. “This alliance places Volvo at the heart of the current technological revolution in the automotive industry.”

Uber has been using Fusions around Pittsburgh this year to map the city, and some of those cars have had at least some self-driving capabilities, according to local media reports. In Uber’s news release, the Volvo XC90 is the only vehicle mentioned in the company’s plans for self-driving vehicles.

Some key details of the project are not yet clear.

The company won’t say if it has technology that enables autonomous vehicles to work in snow and wet weather, situations when cameras and sensors have a difficult time detecting lane markings, traffic signs and other vehicles.

It also wasn’t immediately clear whether any regulatory or legal hurdles remain in approving the company’s plans.

“The cars in Pittsburgh comply with vehicle safety and equipment laws and we are committed to testing this technology safely,” an Uber spokesperson said in an email. “We’ve informed local officials and law enforcement about our testing in Pittsburgh, and our work would not be possible without the support we’ve received from the city’s leaders.”

Marakby says the deal with Volvo doesn’t mean that it won’t work with other automakers. Uber, he said, plans to offer autonomous vehicles in other cities, but he would not elaborate on plans to expand beyond Pittsburgh.

“We believe demand will be very high among people open to new technology,” he said. “Part of the excitement is the technology, and we can get into full autonomy with ride-sharing. Our strong belief is that there will be a good portion of the population who will be very open to ride sharing in an autonomous vehicle.”

Marakby said the eventual goal is to create a fleet of autonomous vehicles that do not require a human in the driver’s seat. “Ultimately, the vision is for full driverless vehicles.”

Kelly Blue Book analyst Karl Brauer said 2016 will go down in history as "the year of the autonomous vehicle partnership."

"This latest announcement from Uber and Volvo marks another joint effort by two major industry players looking to win the autonomous car race," Brauer said in a statement.

"But these are two of the bigger and better funded players, giving this announcement additional potential for success. Volvo already has introduced some of the most forward-looking technology on the market, and Uber arguably has more at stake in creating self-driving cars than any other automotive entity. Together, they could be a powerful force of rapid change in this industry."

Uber’s Zhou said during the initial rollout of the autonomous fleet in certain areas in Pittsburgh’s city limits, the rides will be free. Eventually, she said, Uber will start charging.

Volvo has been working with Uber for about a year on the project, said Volvo spokesman Jonathan Goodman in Sweden. Engineers from both companies are working together.

And Goodman said Volvo is looking to sell its autonomous-ready SUVs to other fleet operators.

But Goodman said where Uber and Volvo differ is the level of autonomy each is pursuing. Volvo, he said, does not plan to create vehicles that require no human involvement, such as those Ford says it will build within five years. Uber is aiming for level 5 autonomy which completely eliminates the driver.

Uber’s timeframe to get autonomous vehicles on the road in Pittsburgh -- within a few weeks to the end of the year -- is extremely ambitious by auto industry standards. But Marakby said the XC90’s electrical architecture is well-suited to handle the demands of autonomous driving and that engineers at the Uber tech center are extremely efficient.

Speaking of the tech center, Marakby said: “It’s accomplished in 18 months what many companies can’t accomplish in many years.”

BMW's E Ink is about more than aesthetics