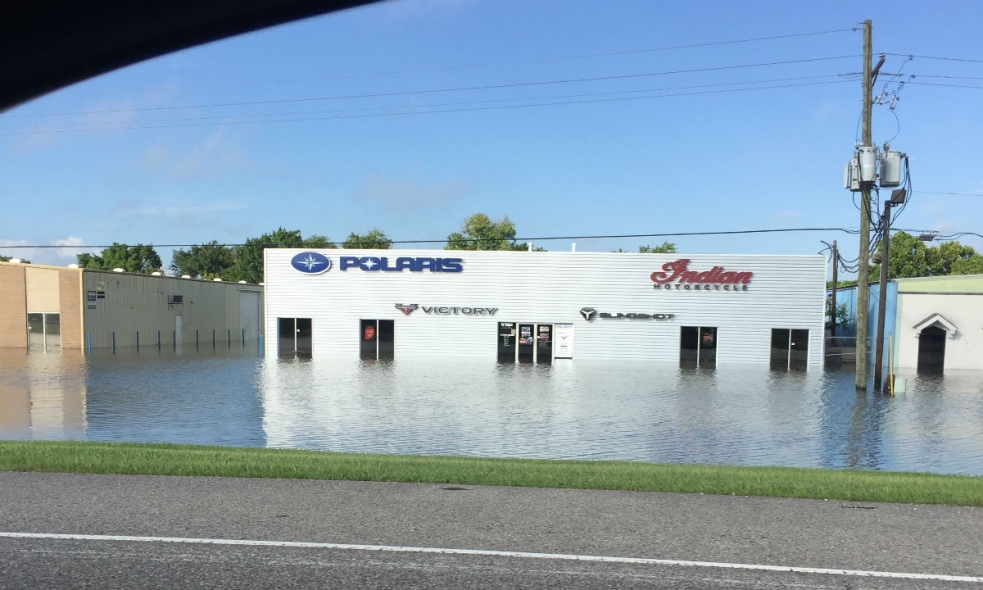 An ATV and motorcycle store's building sits in the water in Baton Rouge.
Share 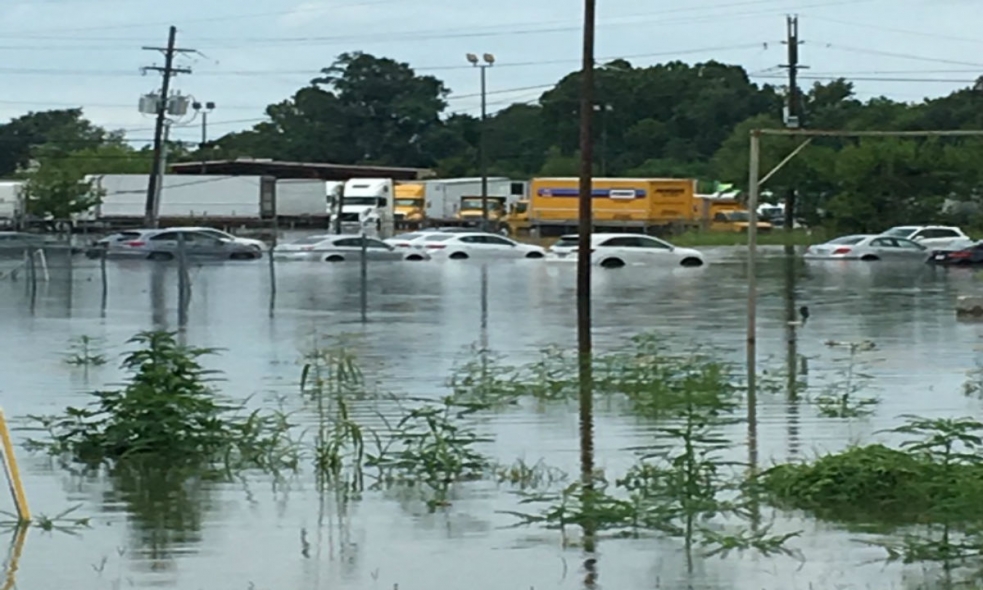 DAVID FABRE
David Fabre said he lost 15 vehicles on an offsite lot two blocks away, where the vehicles were waiting for airbag inflators.
Share 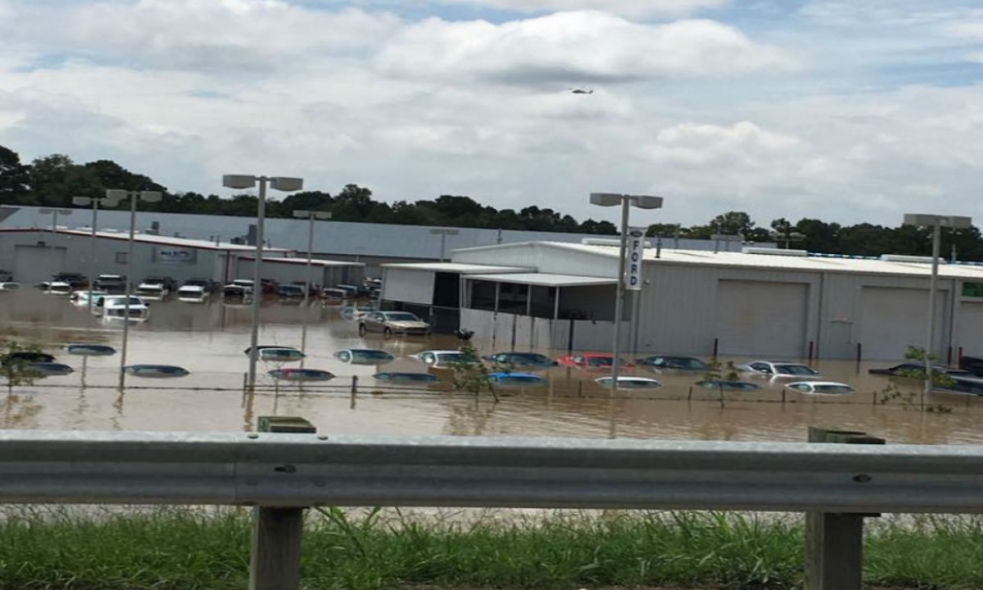 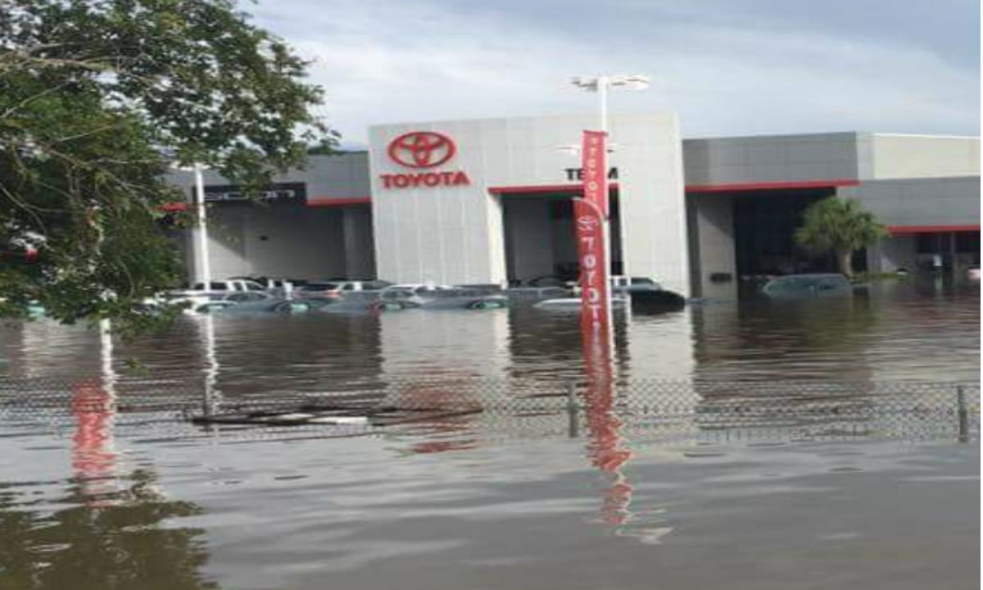 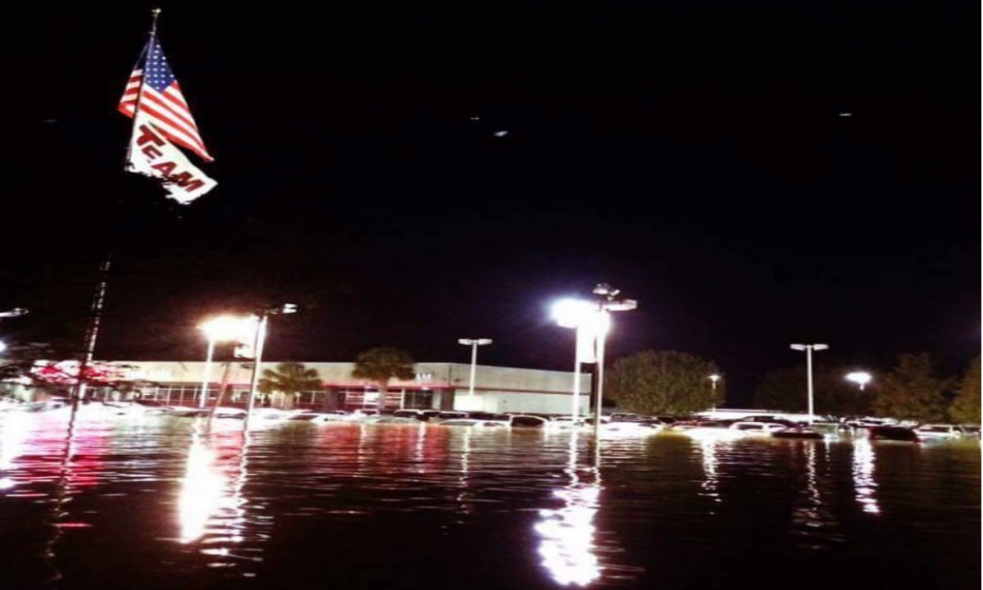 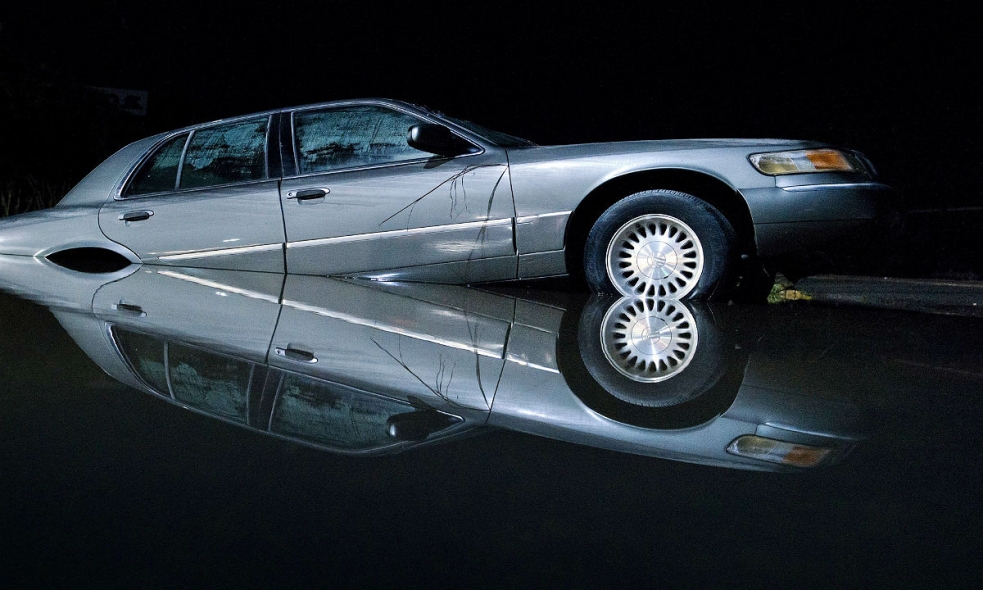 Louisiana Automobile Dealers Association President Will Green said the 60 to 80 dealerships in flooded areas are primarily working through staff shortages because of employees who can’t physically make it to the store or are dealing with the loss of their own homes or vehicles.

Green told Automotive News on Wednesday that communication has been tough. His office in Baton Rouge is now back online after flooding took out the phone and computer systems, he said, and the association is “just putting those pieces back together.”

Although it is too early for definitive answers, Green wrote in an email that four stores probably lost their entire inventory, but the outlook for the majority of dealership buildings and inventory doesn’t appear as grim.

“We were fortunate that only a small number of our area dealerships took on water,” Green wrote. “Again, the real effects will be seen in the form of dealership employees and area families that lost homes and thousands of vehicles that will need to be replaced.”

One dealership group with employee troubles is the Fabre Group.

“Baton Rouge is Katrina, I can tell you that,” said David Fabre, owner of the Fabre Group.

The group employs 55 workers at the Acura store, 53 at the Infiniti store and 18 at the Subaru store, but Fabre says he currently has half of all his staff. On Tuesday, he only had about 15 percent of his normal staff size. Fabre said his employees have flooded homes and vehicles of their own.

Adapting to the situation

On Saturday, Fabre moved Subaru service work to the Acura store across the street, since no Subaru technicians could make it to work -- but it’s getting better. “We’re getting everyone back and the water is receding,” Fabre said. “We should be back over [at the Subaru store] this afternoon or first thing in the morning.”

Fabre also faced some problems at his offsite lot, where he lost about 15 vehicles waiting for replacement airbag inflators. He added that his team moved 75 new vehicles back to the stores from the offsite location to ensure safety from flooding.

Fabre said he’s hoping to be fully staffed again by next Monday.

The Baton Rouge store remained closed Monday because no one was able to access it until 5 p.m. because of flooding in the surrounding areas. Falcon said the store was found to be “high and dry” and reopened Tuesday. Many employees still can’t make it to the dealership.

Not business as usual

Falcon said the dealership may be open, but it’s not necessarily “business as usual,” especially with half a staff.

“It’s going to get busy as far as later on when people are finished with their insurances, and their homes and lives are back intact,” Falcon said. “The first priority is the home and to see what their damages are.”

Green also focused on helping community members get their lives back together. He pointed earlier to the National Automobile Dealers Charitable Foundation’s Emergency Relief Fund to help employees of dealerships. Now, he says dealerships are making their way into the community.

“People need transportation to get back to work, restock their homes, etc.,” Green said. “Our dealers will be working with their manufacturers to get the inventory they need to provide loaner or new vehicles so people can begin that transition. Dealers are doing that now, despite being understaffed.”

Green added he is still working to get the numbers from inventory losses and said he spoke to Team Toyota in Baton Rouge earlier Wednesday, which said the store already has replacements on the way for lost inventory.

Preston Petersen, a general manger and partner at Team Automotive Group, asked employees on Facebook to come to the Toyota store on Saturday and “help save inventory.” The phone line for the store is dead and an employee at the Team Honda store, which had no injuries, said staff was still cleaning the Toyota store. Team Toyota couldn’t immediately be reached for comment and it is unclear how much inventory was lost.

All Star Ford in Denham Springs, La., was inundated with water.

All Star Automotive Group’s Chrysler-Dodge-Jeep-Ram store and Ford store in Denham Springs and the Nissan and Kia East stores in Baton Rogue were reported closed until further notice by All Star on its Facebook pages on Saturday.

Luther Wells, a general manger at the dealership group, confirmed All Star lost some inventory but could not specify a number or at which stores and wasn’t available for further comment.

Anil Goyal, senior vice president of automotive valuation and analytics at Black Book, said he doesn’t expect the recent flooding to have too hard of an impact on used vehicle pricing.

Major flooding can increase prices as demand for replacements of damaged or lost vehicles swells while the local supply remains very limited. And although Goyal said it is still too early to be sure, he said the total number of damaged vehicles will most likely be much smaller than in previous natural disasters and higher prices won’t persist for long.

The recent flooding “is estimated to have damaged 40,000 homes and judging from that, the number of vehicles damaged would be a fraction of that number, say about 20,000,” Goyal said. “Katrina was estimated to have damaged over 600,000 vehicles and Sandy damaged over 200,000 vehicles. As a result, the price impact on used car values is expected to be small and temporary and limited to the area.”

Arlena Sawyers contributed to this report.