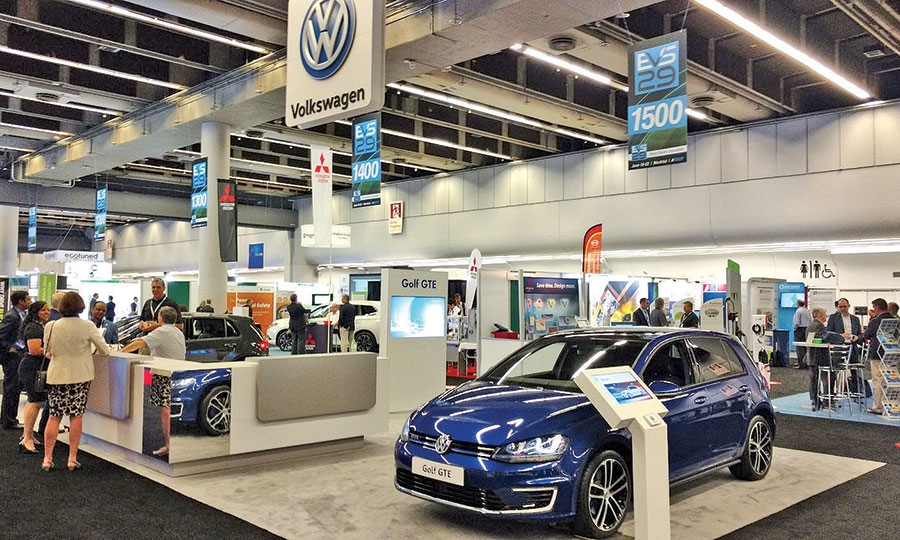 In June, Volkswagen announced it will launch 30 new EVs by 2025. The carmaker showed some of its existing alternative-powertrain models at the symposium, including the Golf GTE.
Share 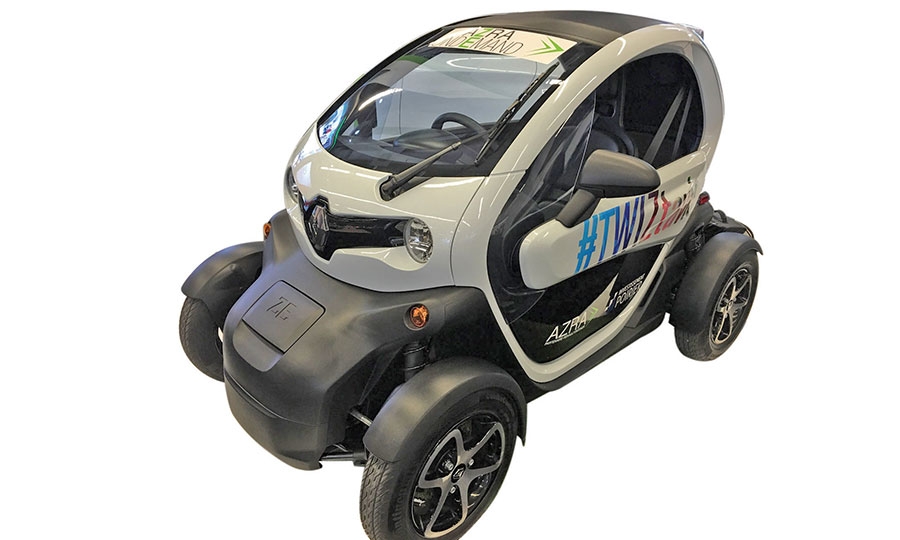 The tiny Renault Twizy electric city car is making its debut in Canada this summer. The car is speed-governed at 25 mph. The Twizy is available for lease for $99 Canadian per month, including registration and insurance. Renault is launching the car in cooperation with AZRA, a Canadian firm that installs EV charging stations. AZRA has announced plans to invest $40 million and install 2,000 charging stations in Canada during the next 18 months.
Share 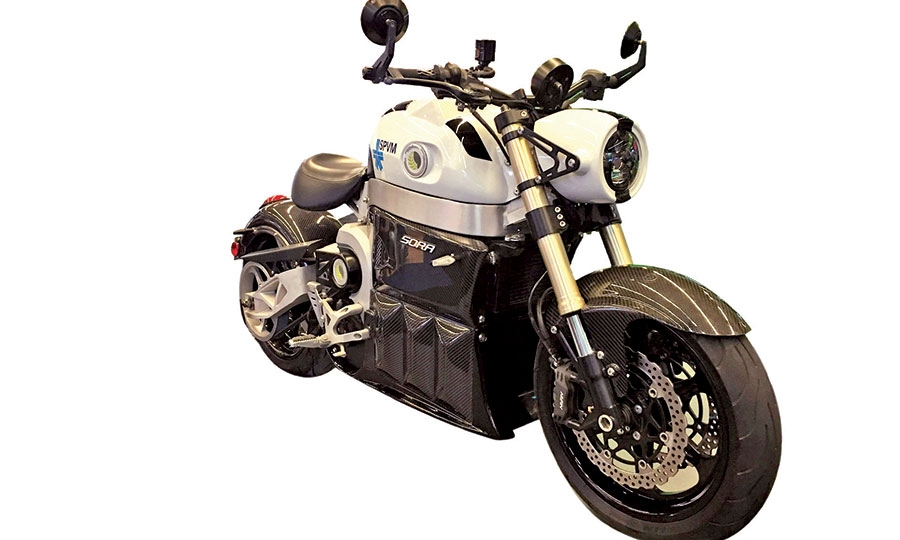 Lito Green Motion, a Montreal company, displayed its Sora electric motorcycle, which can reach 118 mph. It retails forbetween $50,000 and $100,000.
Share 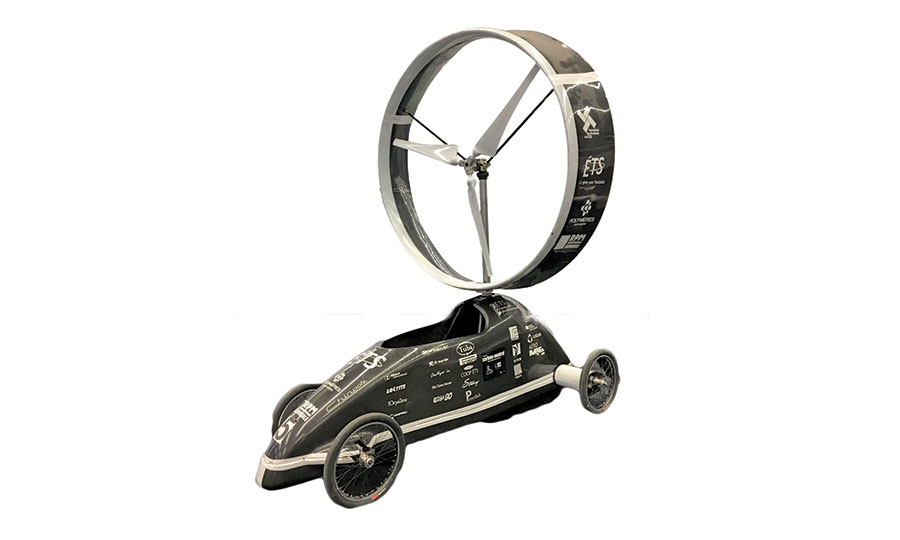 The Chinook is an experimental wind-powered racer designed by students at the Ecole de technologie superieure, an engineering school in Montreal.
Share 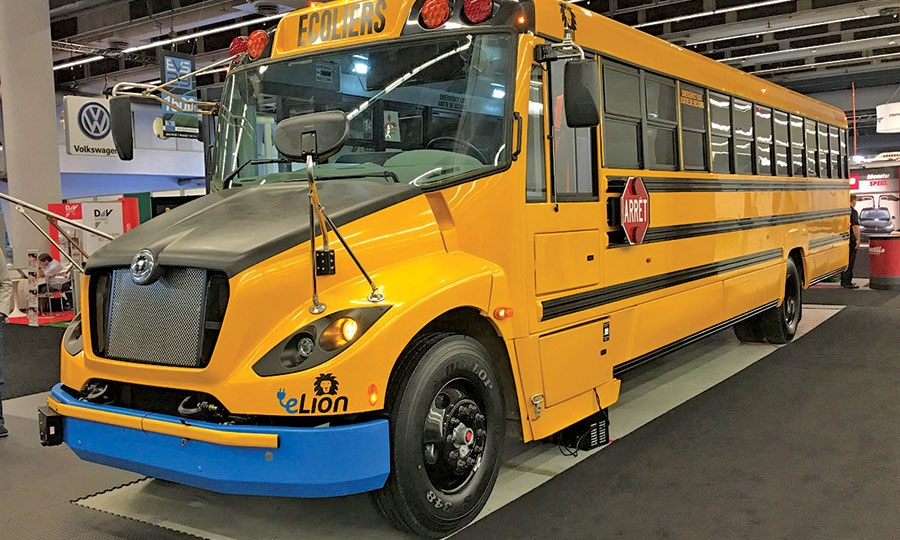 MONTREAL -- The electric vehicle industry has an identity problem.

As gasoline prices inch up from their 12-year low, the market conditions look ripe for more sales of EVs and plug-in hybrids -- and yet consumers aren't responding. And still, automakers are lining up to invest ever more in the segment.

And yet, she asked: "Why don't consumers flock to these vehicles? What's missing? What do we have to do? We're at the point where we have a lot to do."

GM is actually a standout at the moment. Sales of its second-generation Chevrolet Volt are up 79 percent through the end of May.

But half a decade after the U.S. industry began introducing cars that consumers could attach to an electrical outlet instead of a fuel pump, the market remains meek. Sales of plug-in vehicles fell 5 percent in 2015 from 2014 levels. And for the first five months of this year, alternative-powered vehicles of all kinds were down 21 percent.

Through five months, the entire segment -- excluding the hybrid Toyota Prius, which is not a plug-in -- has averaged fewer than 4,800 vehicles a month in a market that's averaging 1.4 million a month.

Time to flee the business?

Carmakers have answered nagging consumer concerns about driving range by producing ever-more advanced EVs powered by more efficient, powerful batteries. Ford and Nissan have indicated their intentions to join Tesla and Chevrolet in making EVs capable of going 200 miles or more on a single charge. Nissan revealed in June that it will add a range-extender plug-in to its portfolio this year in Japan.

Late last year, Ford announced it will invest $4.5 billion in EV research. Volkswagen is mulling a decision to invest $11 billion in a large-scale EV battery plant in Europe. Tesla has taken 373,000 reservations for its more affordable Model 3 electric, currently in development.

Despite all the activity, there was an undertone of anxiety at the EV symposium. Addressing a forum at the worldwide industry gathering, Robert Langford, American Honda Motor Co. manager of electric vehicle sales, said carmakers are poised to bring a broader array of EVs to market.

"It's really an exciting time going from now to 2020," Langford said. "With all the new product coming out, hopefully, a whole new group of customers [will come] to drive electric."

However, he acknowledged: "Barriers are still many."

It's not just battery range that customers are anxious about, he said. They're confused about where to charge their EVs. Most EV owners charge at home, and most live in single-family dwellings where they can install chargers. But workplace charging and charging stations at apartment buildings and condo complexes are not widespread enough, speakers agreed. And not all charging stations are compatible.

"It's a matter of making customers comfortable with how to charge a car," Langford said.

To ignite the market, some believe, the industry must redouble its efforts to communicate the benefits of EV ownership -- whether it's helping the planet or spending less on gasoline. GM's Gross recommends that the industry -- including all interested parties in EV technology -- spend more to spread the gospel.

"We have to overpower these consumers," she said. "If you don't accompany an infrastructure program, or a vehicle incentive program, with an outreach campaign, you've lost the battle. Everything you do, you have to spend an equal amount of money to talk about it."

"A symphony of activity'

"You need a symphony of activity among all the stakeholders," Cohen told a symposium audience. Those stakeholders include carmakers, electric utilities, charging companies and federal, state and local governments.

Auto dealerships are stakeholders, too. Set up to sell vehicles equipped with traditional internal combustion engines, dealerships are not always willing to commit resources to selling cars that take more explaining and yet account for a fraction of sales, says Brendan Jones, vice president of the east region of the NRG EVgo charging network.

Jones, former director of EV sales for Nissan North America, says it can be tough to get a sales consultant's attention for a low-volume vehicle.

"At less than 1 percent of aggregate market share, we don't demand the attention of the consultant who spends his days selling Altimas or Chevy Malibus," Jones told an audience. "Until we get up to 10 percent, we're not going to have the attention."

Getting that number up to 10 percent isn't going to happen overnight, and it's going to be a big challenge.

Said Audi's Cohen: "There are all these very smart people working on the electric vehicle topic for so many years, and yet EVs remain less than 1 percent of total light-vehicle sales. We step back and ask, why? Why is that happening? That's a tough question to answer. I don't want to wait until I retire for EVs to get to scale."

VinFast cuts about 80 jobs in North America, including U.S. CFO

VinFast cuts about 80 jobs in North America, including U.S. CFO