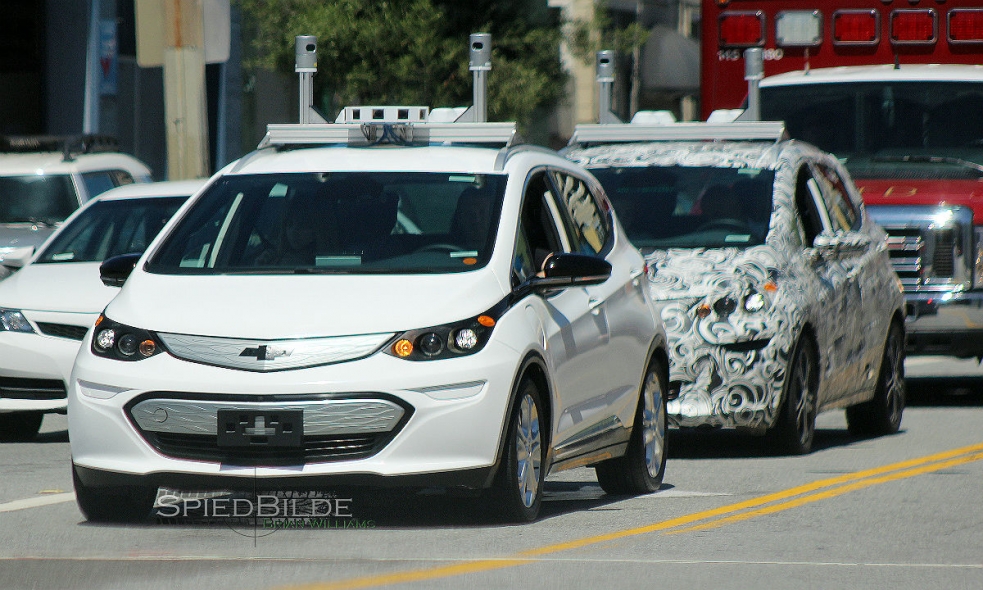 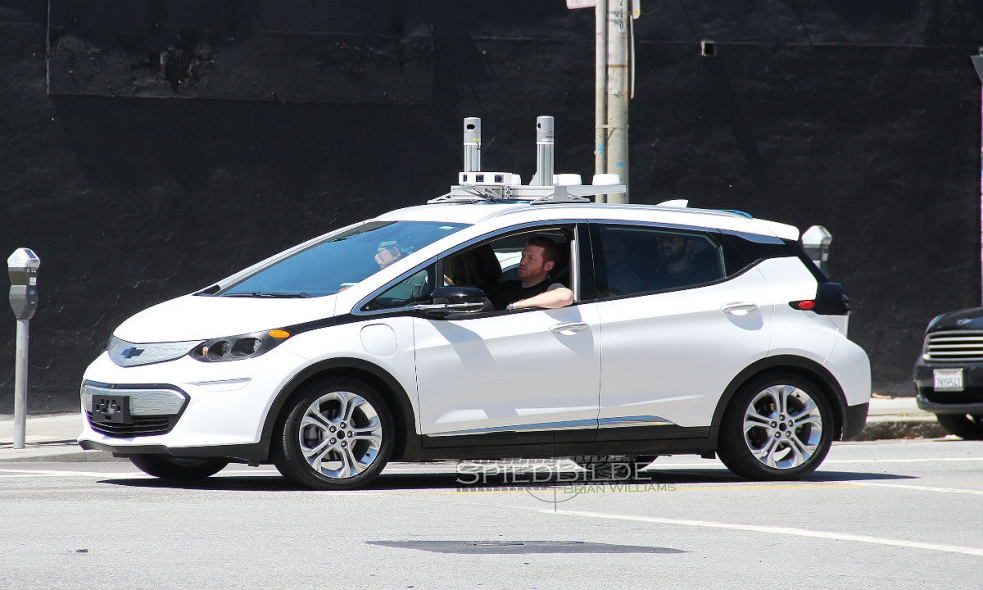 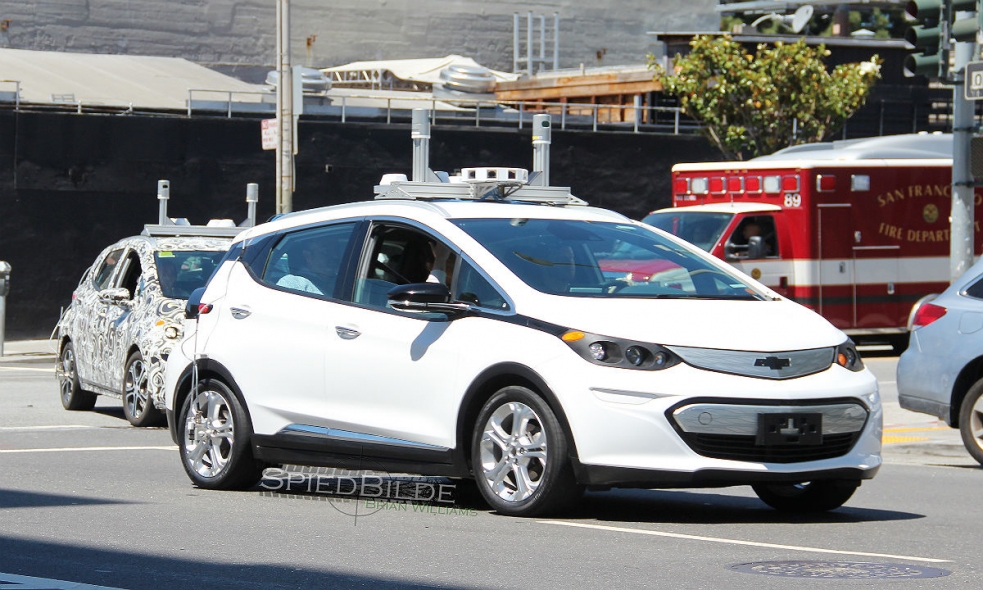 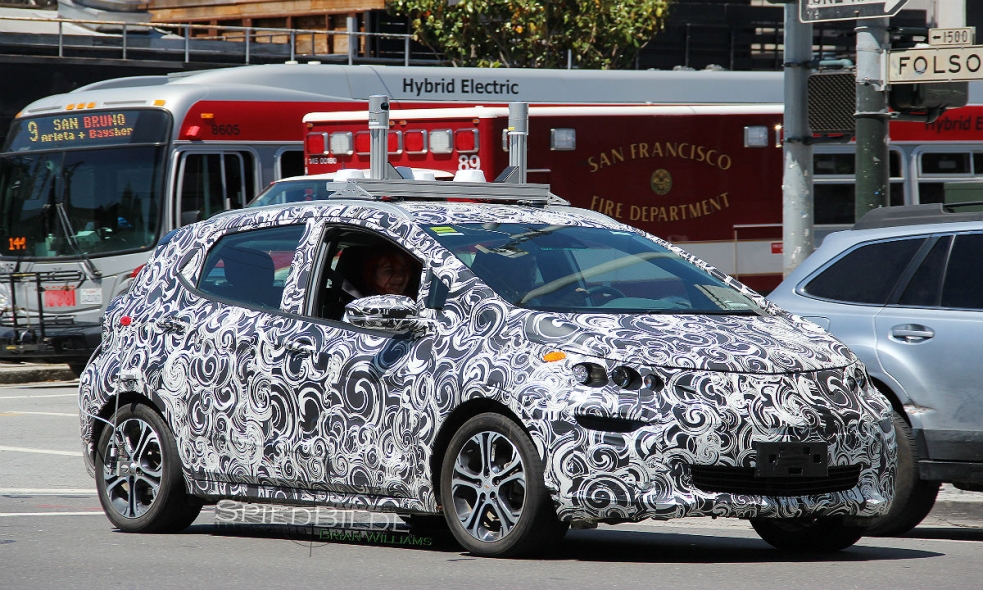 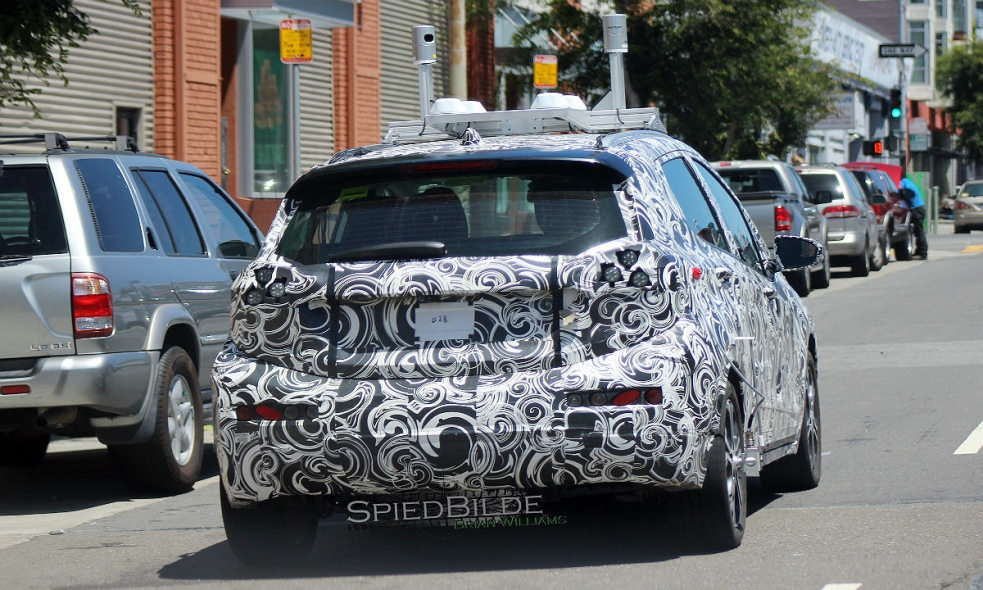 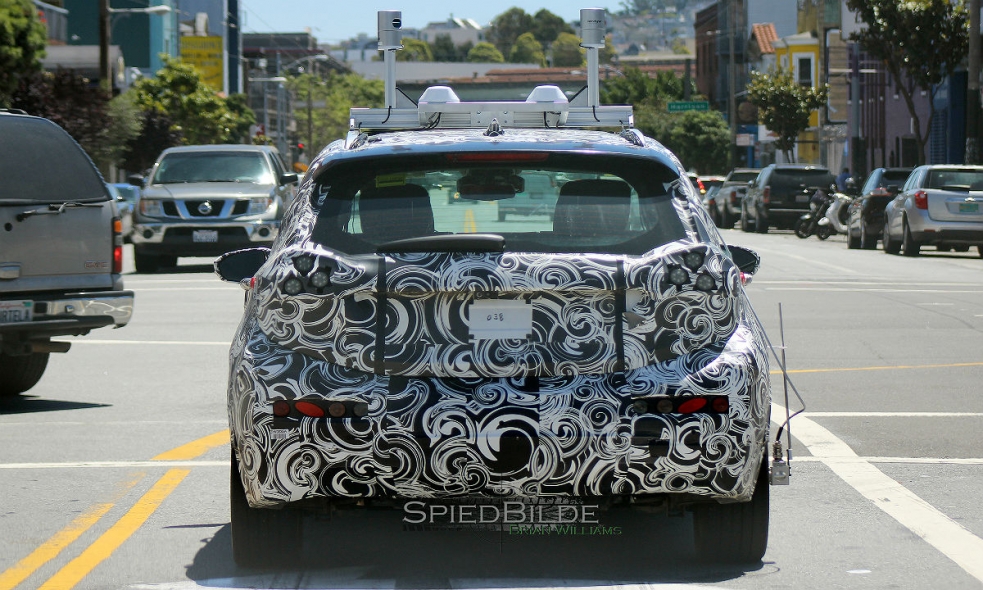 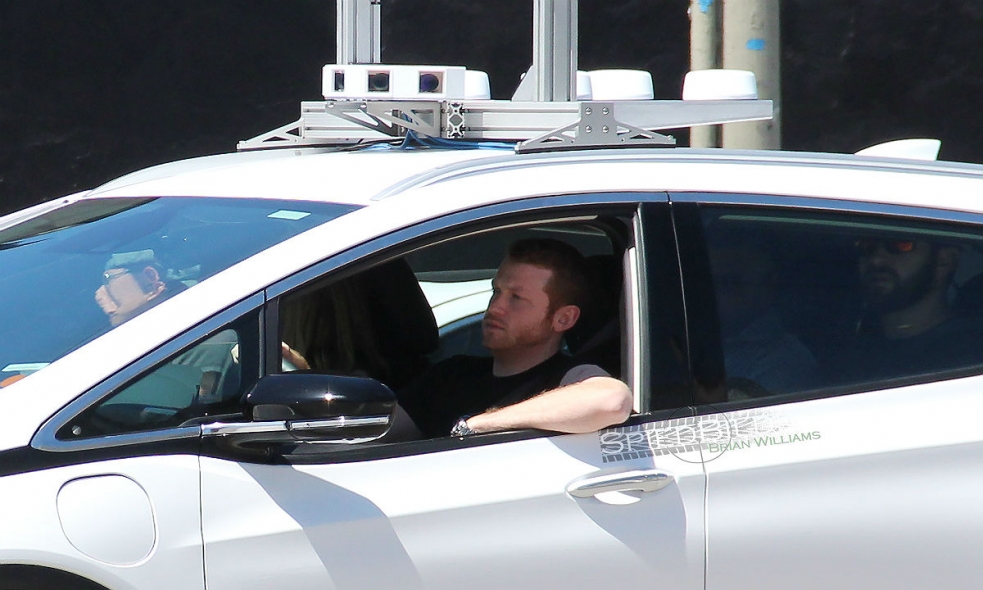 Photos show a white Bolt driving in front of a camouflaged one down the street from Cruise Automation, the San Francisco autonomous vehicle startup that GM bought in March.

Cruise CEO Kyle Vogt appears to be in the driver’s seat of the white Bolt.

The home page of Cruise’s website shows a picture of a white Bolt and reads “We are testing our autonomous technology on the all new Chevrolet Bolt EV in San Francisco.”

Both Bolts feature roof-mounted sensors and cameras, much like what has been seen on other autonomous testing vehicles.

On Thursday, a hybrid Ford Fusion decked out with sensors and high-resolution cameras was seen in Pittsburgh with Uber signage.

Earlier in May, The Wall Street Journal reported that GM and Lyft would begin testing self-driving Bolt taxis on public roads within a year.

GM hasn’t indicated when it plans to market autonomous vehicles for sale.

The production Bolt EV is expected to go on sale in the fourth quarter of 2016.