Supercar's Marvel tie-in helped propel the Audi brand. Now Hyundai is getting in on the action. 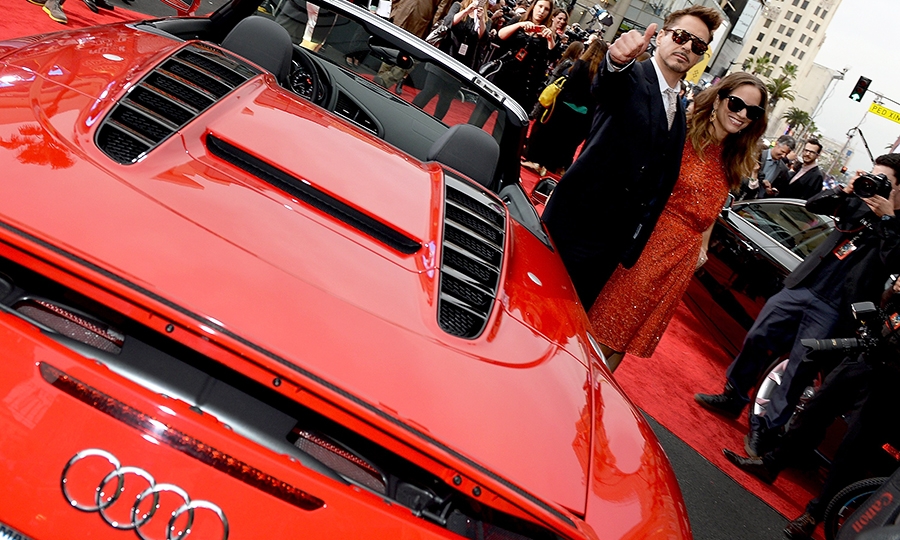 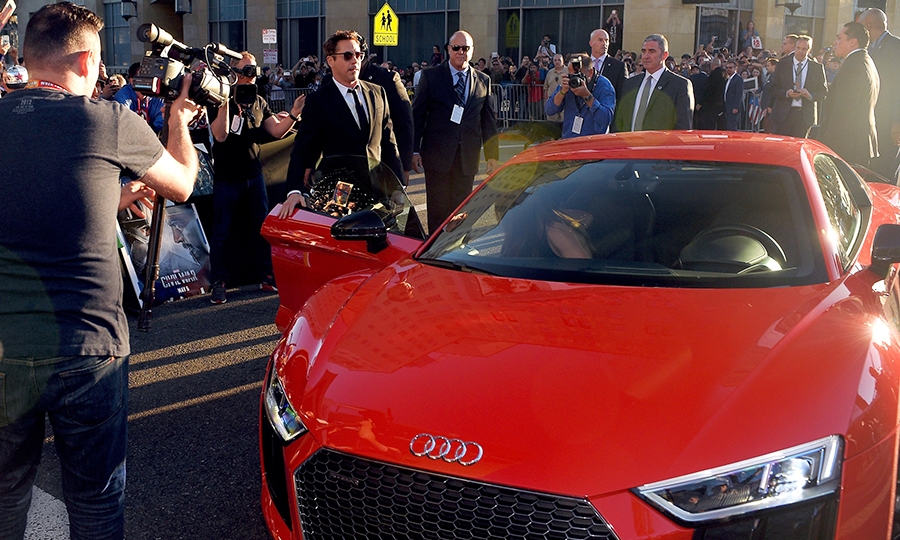 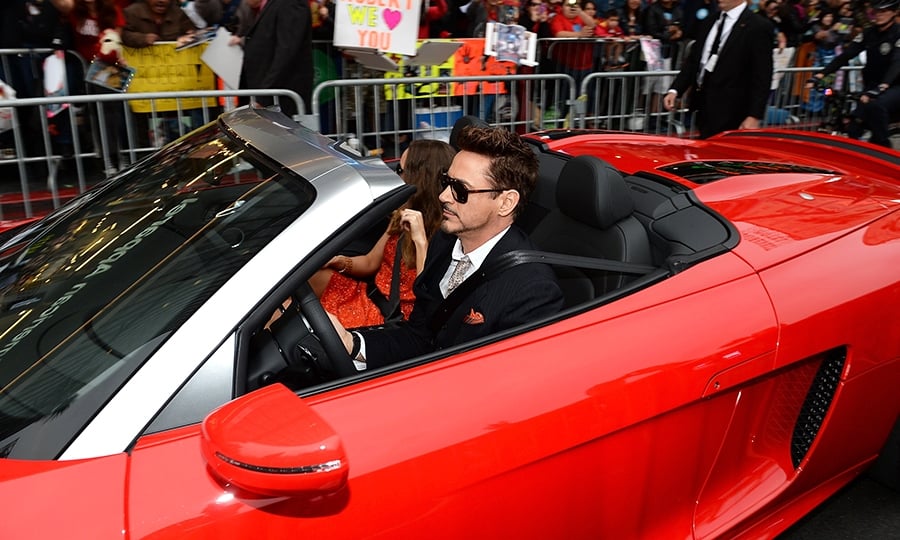 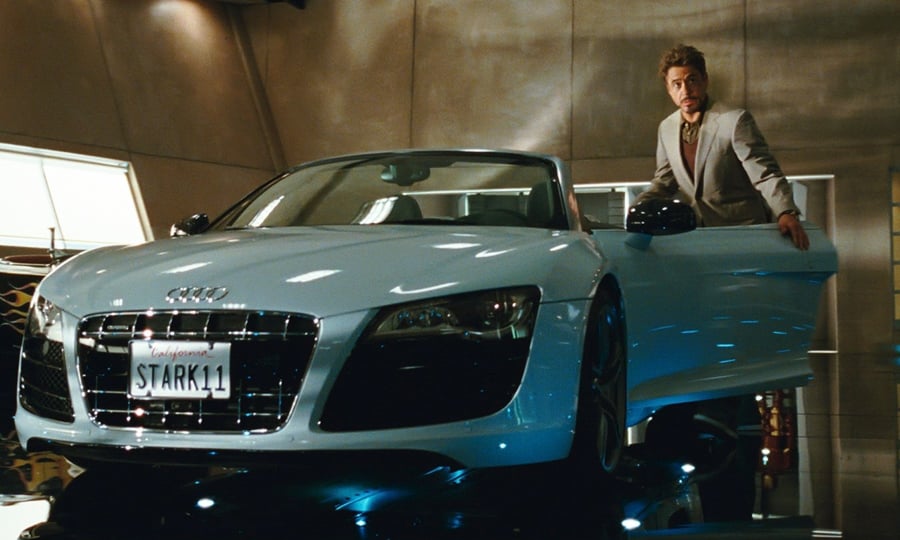 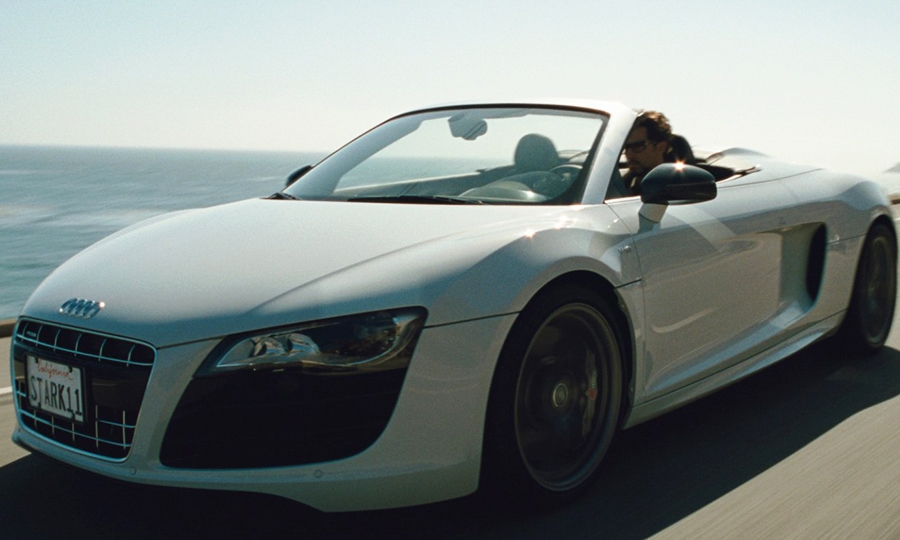 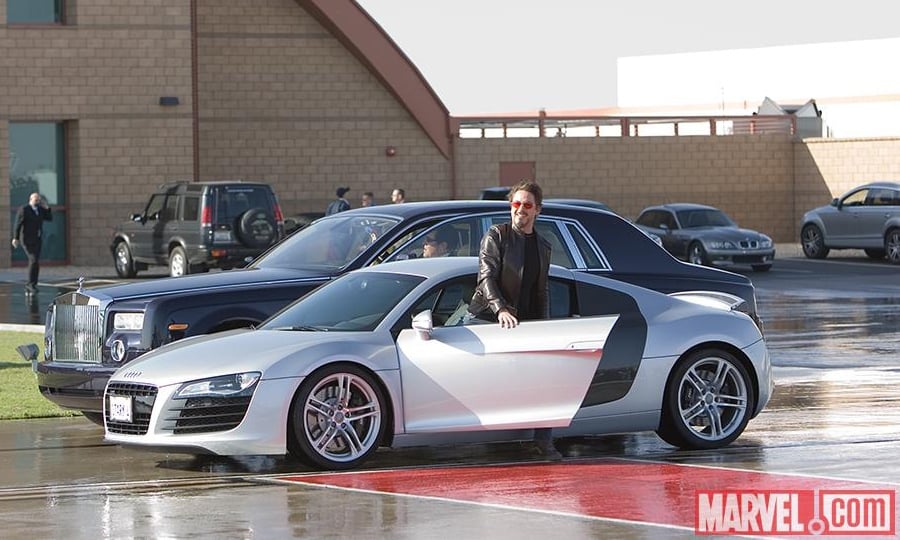 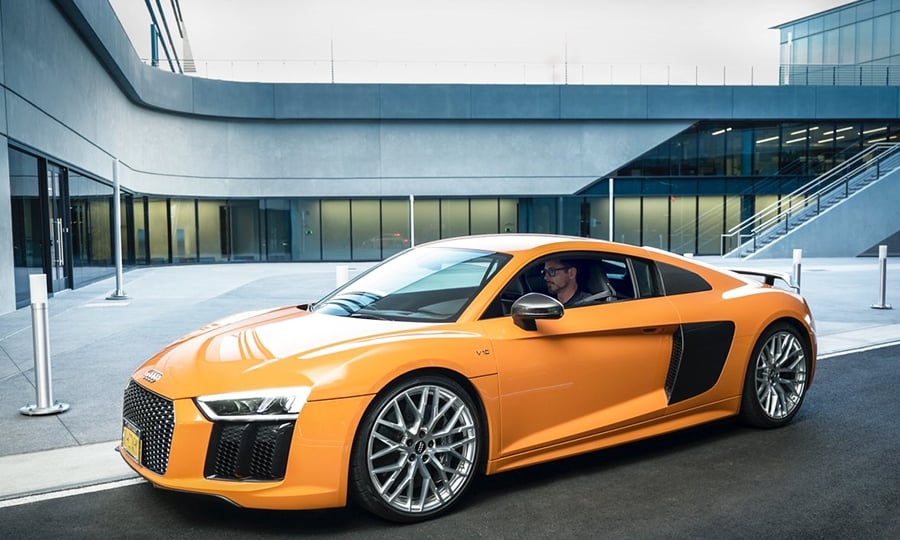 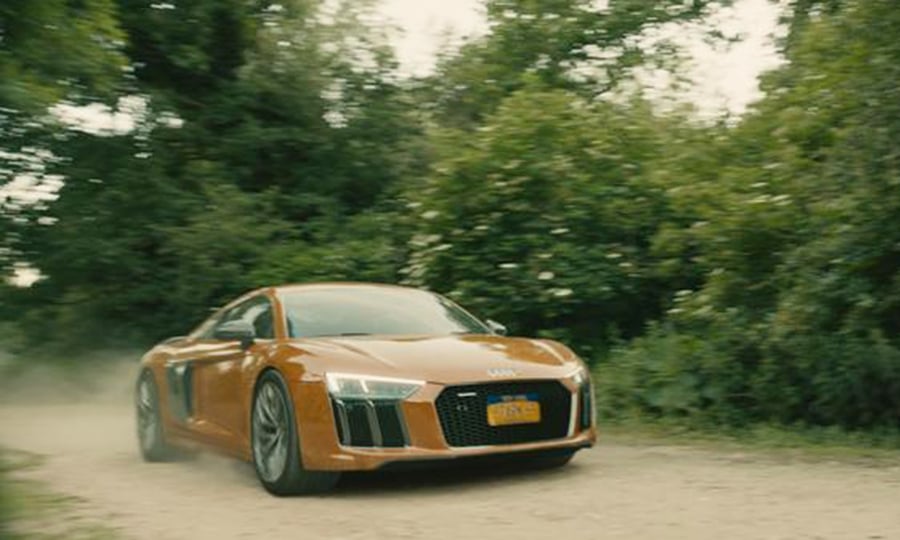 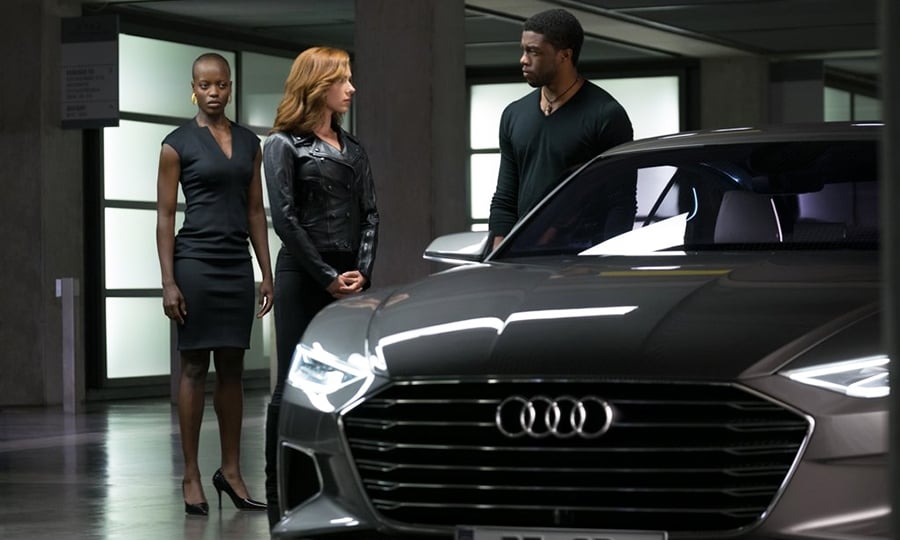 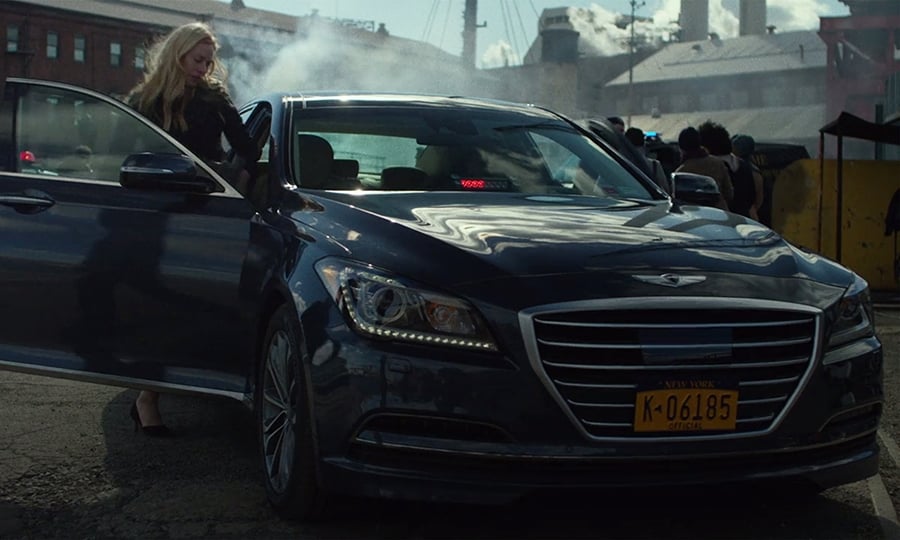 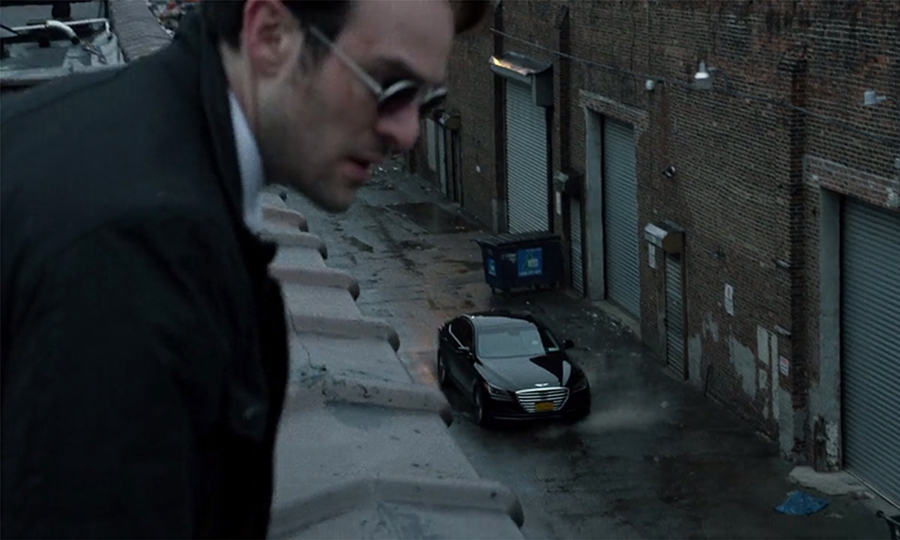 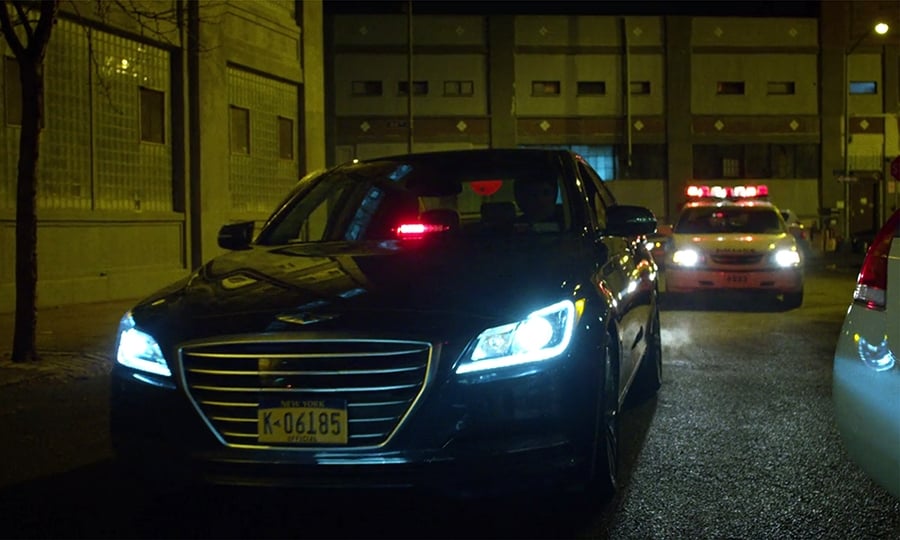 The Hyundai Genesis in Daredevil. 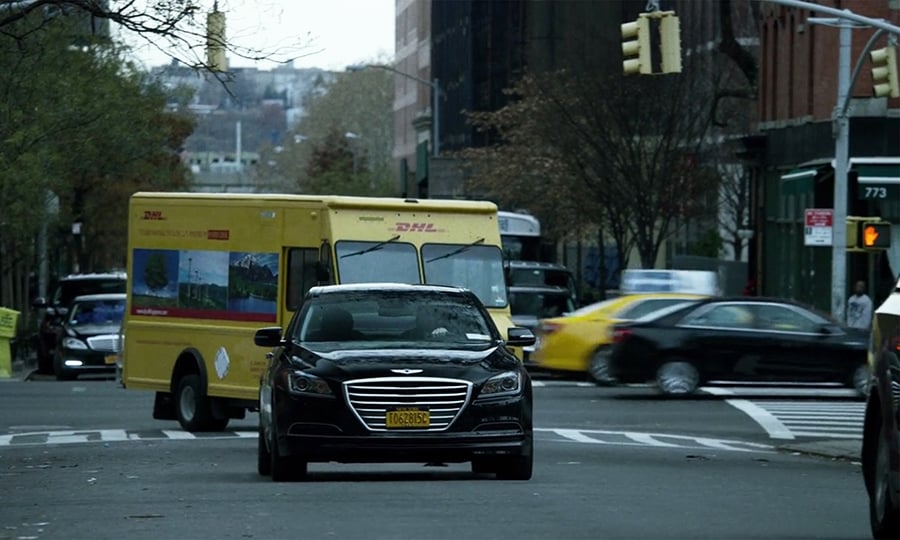 Another view of the Hyundai Genesis in Netflix's Daredevil series. 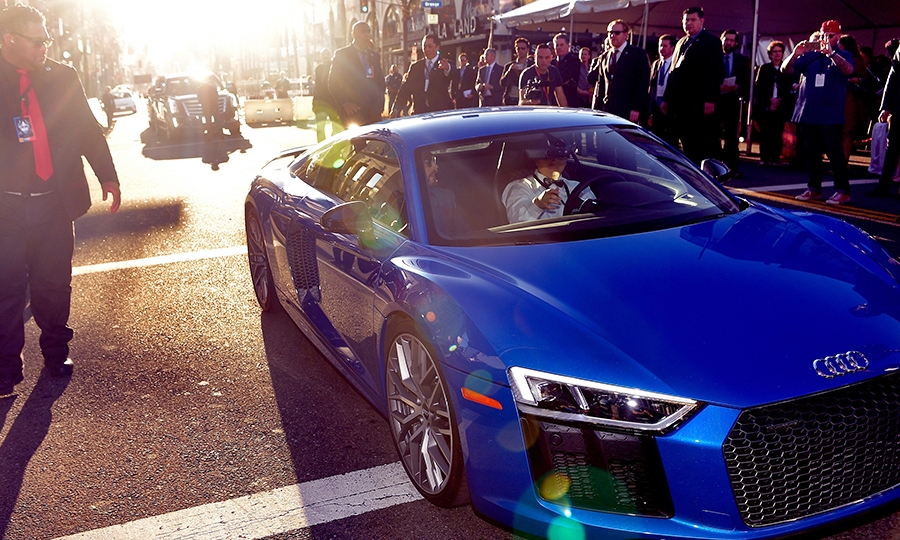 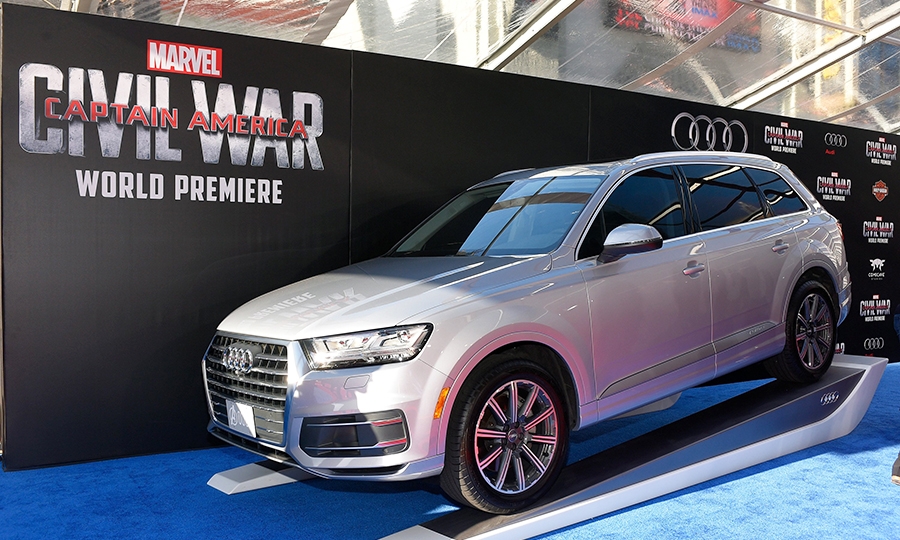 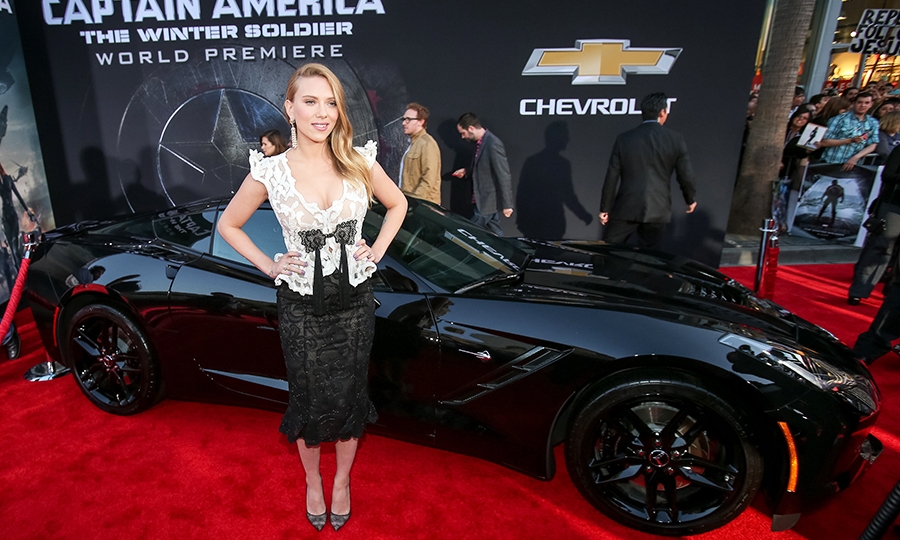 Scarlett Johansson with a 2014 Corvette Stingray at the premiere of Captain America: The Winter Soldier. 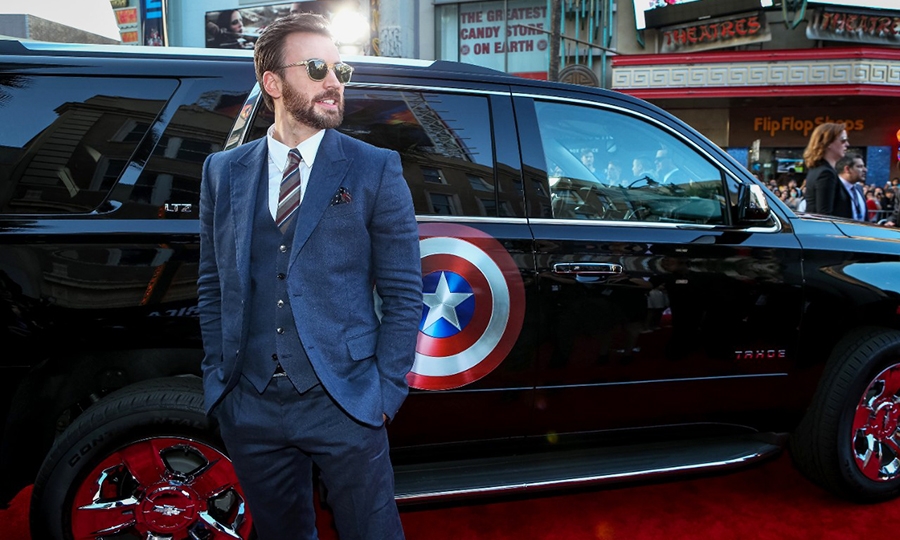 Chris Evans stands next to a Chevrolet Tahoe at the premiere of Captain America: The Winter Soldier in 2014.

When he’s not saving the world in his famed Iron Man suit, the wisecracking billionaire engineer has doubled as a pitchman for the brand in several Marvel superhero blockbusters by driving variations of the R8 — beginning with the first Iron Man movie in 2008.

That year was the start of an upward trajectory for Audi, which used the tech-laden R8 to help reshape how the brand represented itself, said Loren Angelo, director of marketing for Audi of America. The Iron Man alignment, he said, was a key platform in setting the tone.

“When we read the script for Iron Man, he was someone who was self-made. He utilized technology and a certain level of personal intelligence to create great things,” Angelo told Automotive News. “That was a perfect fit for Audi because that’s exactly what we’ve done with our brand.”

The Marvel Cinematic Universe and its growing catalog of movies and shows is a lush environment for automakers looking to attach themselves to pop-culture icons and big audiences. Audi has used its silver-screen presence as a platform that dealers can build on with early-screening events for customers, while Hyundai leverages product placement in Marvel Netflix productions such as “Daredevil” to reach “cord cutters” who have shunned cable TV subscriptions.

All of the superheroes flaunt their unique powers, but they share a common ability: getting attention.

“Consumers are much more difficult to find these days with the proliferation of digital,” said Monique Kumpis, Hyundai’s senior group manager of advertising, adding: “Not everybody is watching linear television, and even when they are, our competitors there are outspending us, so we always have to be on the lookout for smarter ways to reach these audiences.”

Hyundai formed a two-year deal with Marvel and Netflix in 2015 that gave it product-placement rights with hero franchises “Daredevil” and “Jessica Jones” along with the upcoming “Luke Cage”and “Iron Fist.” The partnership culminates in 2017 when the four heroes join together as “The Defenders” in another new series.

Fans of “Daredevil,” now in its second season on Netflix after premiering in April 2015, may have noticed the Genesis sedan and Sonata Hybrid popping up throughout the series. The Genesis also makes its rounds in “Jessica Jones,” which debuted in November.

The Genesis, now known as the Genesis G80, and Sonata Hybrid will be woven into “Luke Cage” when that series launches in September.

“Our goal is to be a silent but constant character,” Kumpis said. “We understand and appreciate that our role is not to interrupt the audience and their enjoyment. It always should feel organic.”

Tony Stark may not be real, but the impressions he leaves with moviegoers can be.

Audi introduced the original R8 during Super Bowl XLII in 2008, and the brand built on that momentum when the supercar emerged in Iron Man a few months later. Angelo said the alignment with Stark, who the brand says fits the profile of an R8 buyer, communicated Audi’s “premium position” in the market.

Audi’s integration with the Marvel films has only grown since then as the R8 transported Stark in two more Iron Man sequels while following him into Avengers: Age of Ultron last year and now Captain America: Civil War.

Moviegoers have seen the R8 and its technology evolve on screen with Stark’s character.

After the first-generation R8 was showcased in Iron Man, the R8 Spyder grabbed the spotlight in Iron Man 2. Then, the electrified R8 e-tron emerged in Iron Man 3, while the R8 coupe displayed self-driving capabilities in Avengers: Age of Ultron.

Although the R8 has had the starring role, other Audi products have received screen time, too.

The A4, A7 Sportback and SQ7, for example, appear in Captain America: Civil War. The A3 made an appearance in 2015’s Ant-Man.

Placing the Audi lineup in the Marvel films, Angelo says, likely has contributed to the 30 percent increase in the brand’s awareness and opinion metrics in the past eight years.

“To look at it over the many years that we’ve been involved with them, it truly demonstrates how a studio is willing to work with a brand to make sure that we’re doing what can best benefit both of our products,” Angelo said.

Audi creates posters around some of the Marvel films that dealerships can display in their stores. The automaker also released a digital spot in April showing a family in the SQ7 getting caught in the middle of a chase involving Captain America, Black Panther and the Winter Soldier.

New Jersey dealerships Town Audi in Englewood and Audi Meadowlands in Secaucus were hosting screenings of Captain America: Civil War at theaters before the film’s Friday, May 6, release.

The dealerships, which have held private viewings for other Marvel movies, planned to have R8s on display outside the theaters.

Previous screenings drew customers with young families, said David Branch, general manager of Town Audi. The events, he said, are a chance for dealerships to bond with their customers and show appreciation for their business.

Branch said Audi’s product placement has been an effective brand builder, and “clients appreciate seeing the cars they drive every day.”

“There’s great hype just before the movie as they begin to market [it], and Audi utilizes some of the footage for its own commercials,” Branch said. “Then, usually two or three months afterward, there’s great residual showroom traffic.”

Audi Meadowlands General Manager Chris DeMarsico said his store treats the screenings like movie premieres. The dealership brings in a professional photographer to snap photos of attendees next to the Audi vehicles on display and provides refreshments. It invites new and past clients to the screenings as well as prospects, who can familiarize themselves with the staffers who attend.

The revamped Genesis caught the eye of Robby Ilich last year as it cruised the streets of Hell’s Kitchen in the first season of “Daredevil.”

Ilich, 35, was already a fan of the redesigned Genesis, but seeing it in “Daredevil” influenced him to go to a dealership to test drive it the next day.

Although he didn’t buy the car, the product placement did its job because Ilich said he wouldn’t have acted as quickly if it wasn’t for “Daredevil.” Ilich, who says he’s been leasing Infinitis “forever” and never owned a Hyundai, also represents the conquest opportunity that brands crave when marketing.

Ilich ended up buying a 2010 Audi A5 last fall as a stopgap, but he’s still in the market and remains interested in the Genesis — which he continued to notice in Season 2 of “Daredevil.”

“I’m down to the Genesis and the Infiniti Q50,” said Ilich, who works as a sales engineer for navigation software company Telenav in suburban Detroit. “The sports sedan market is my niche.”