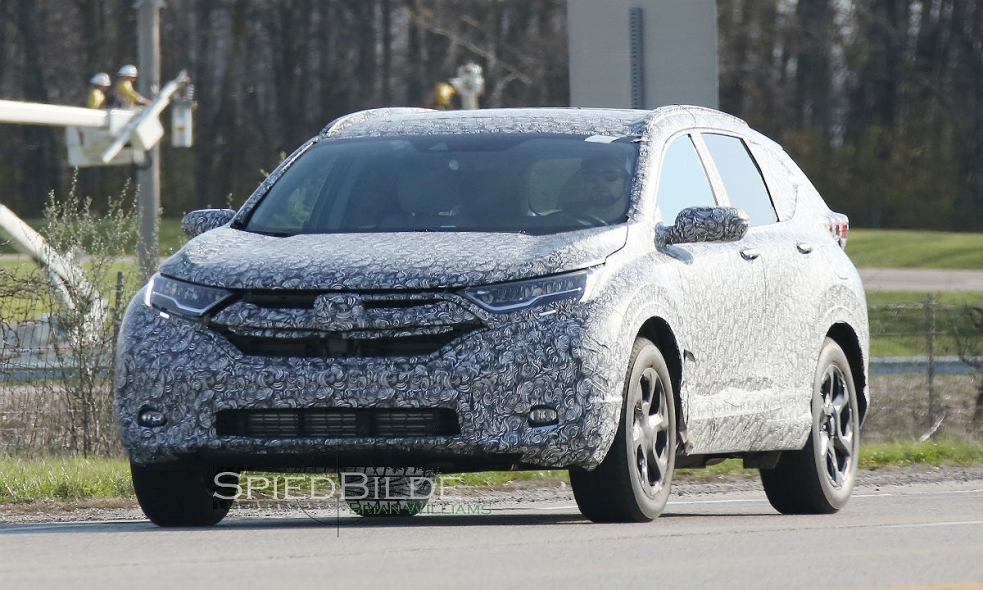 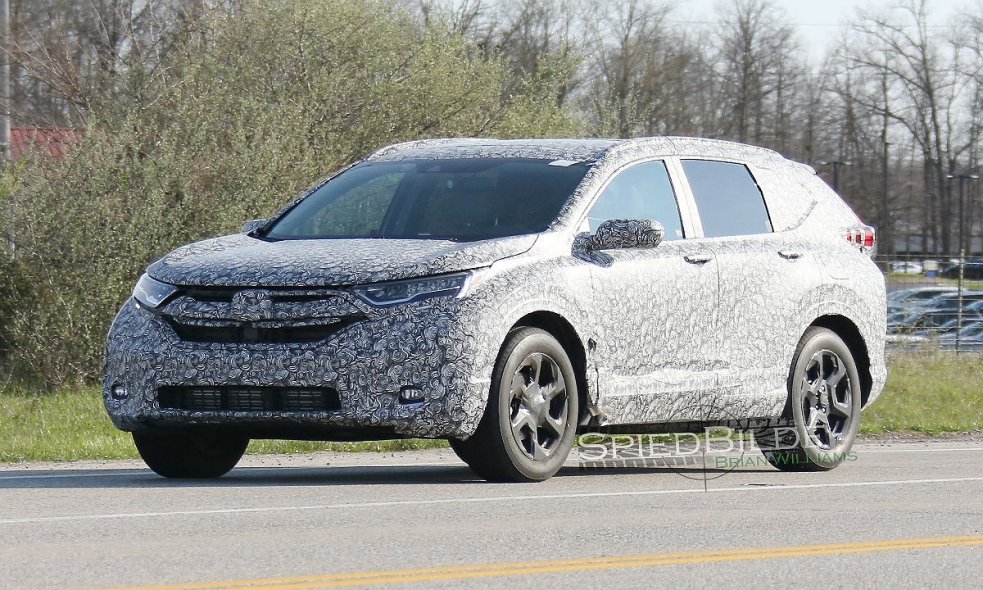 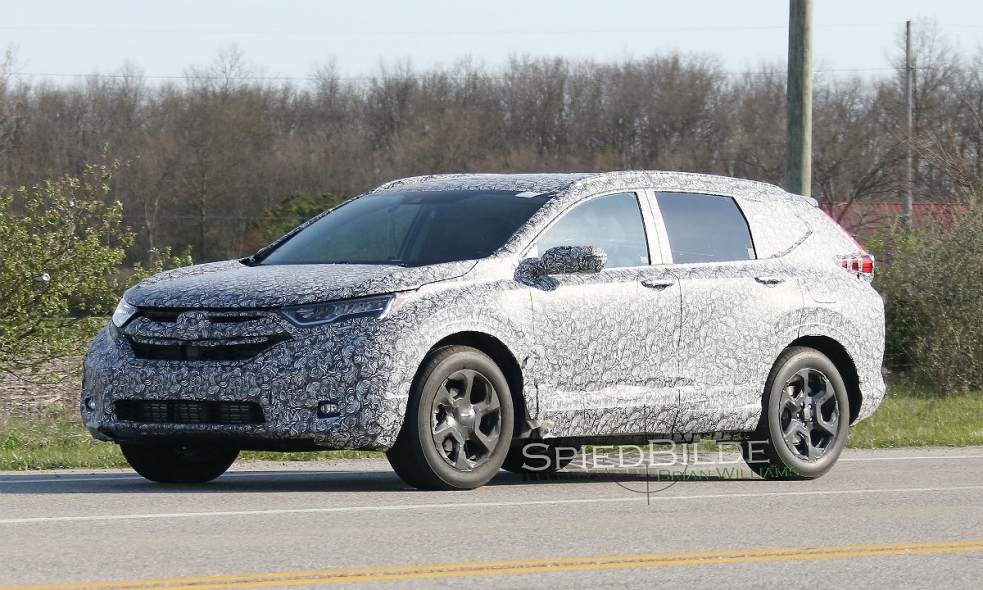 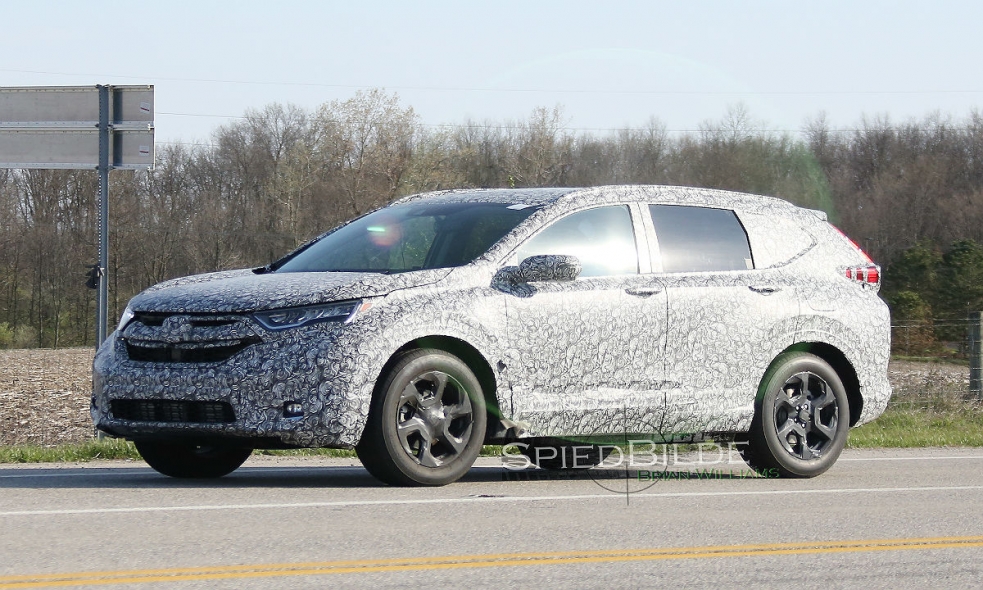 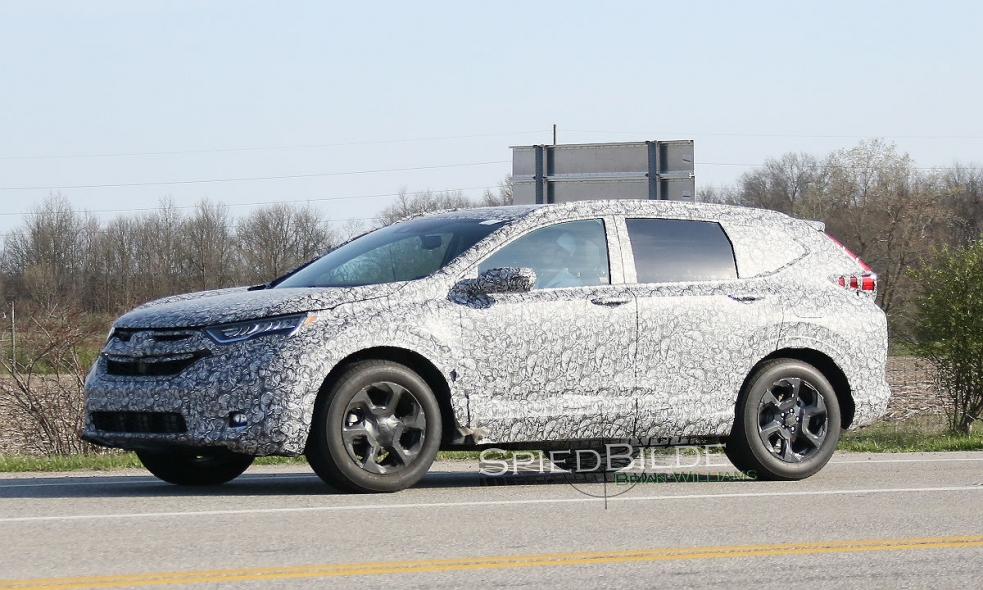 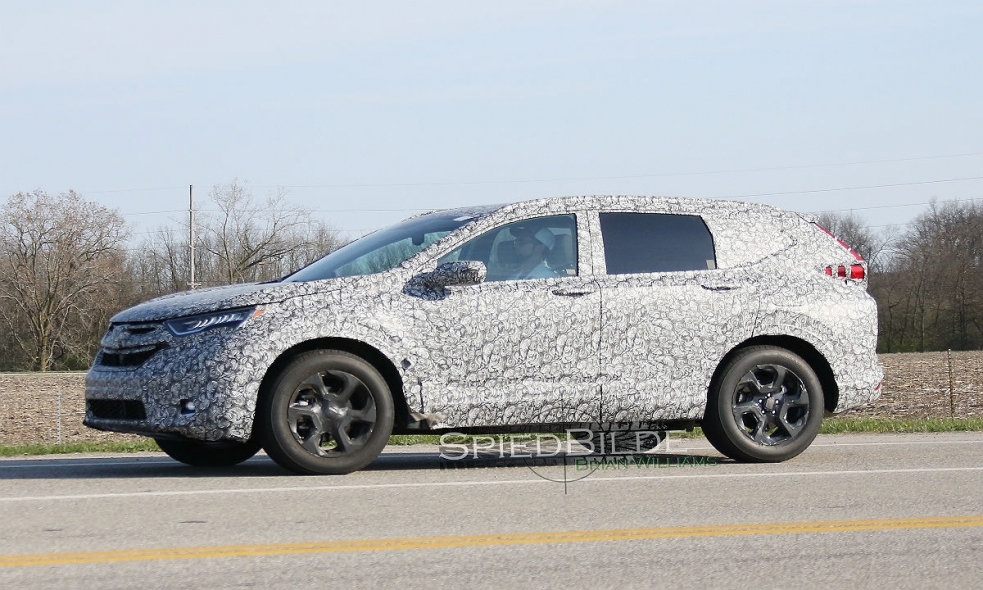 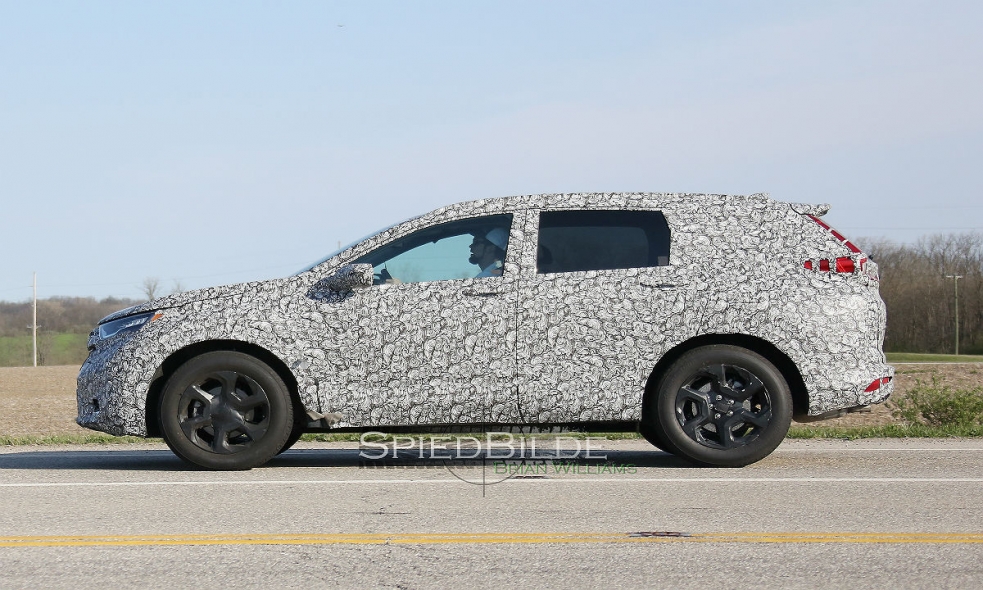 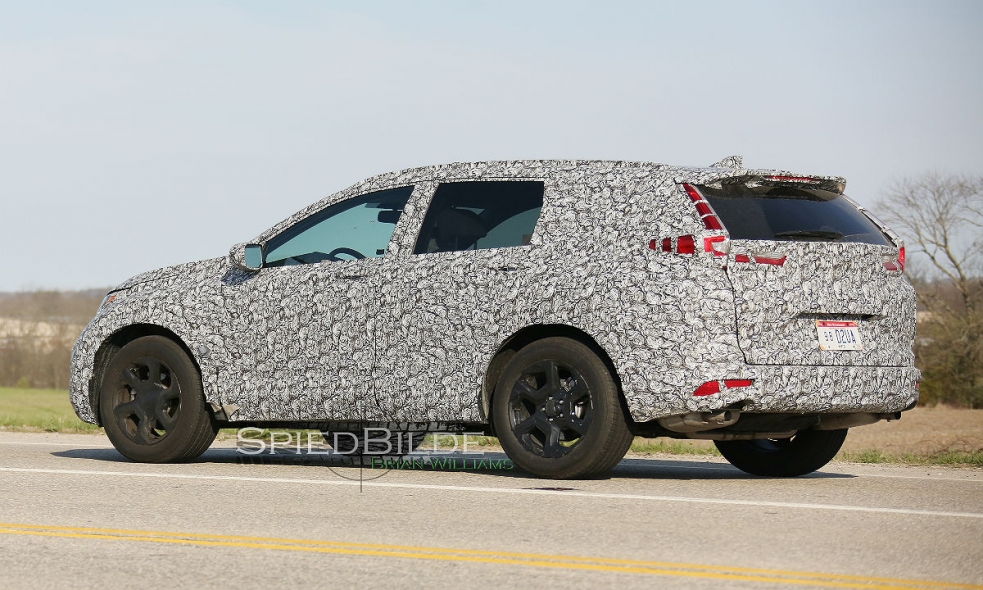 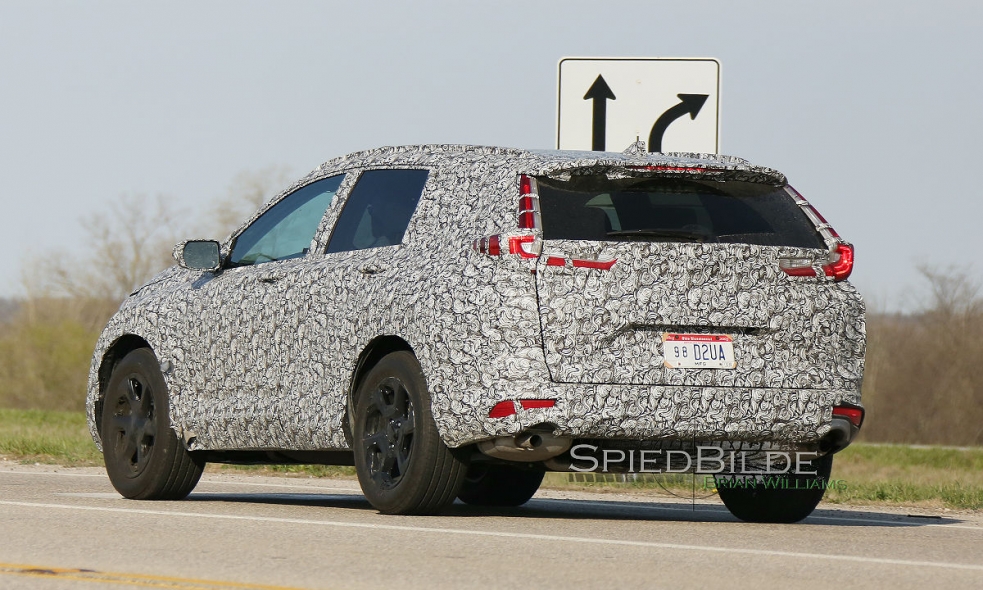 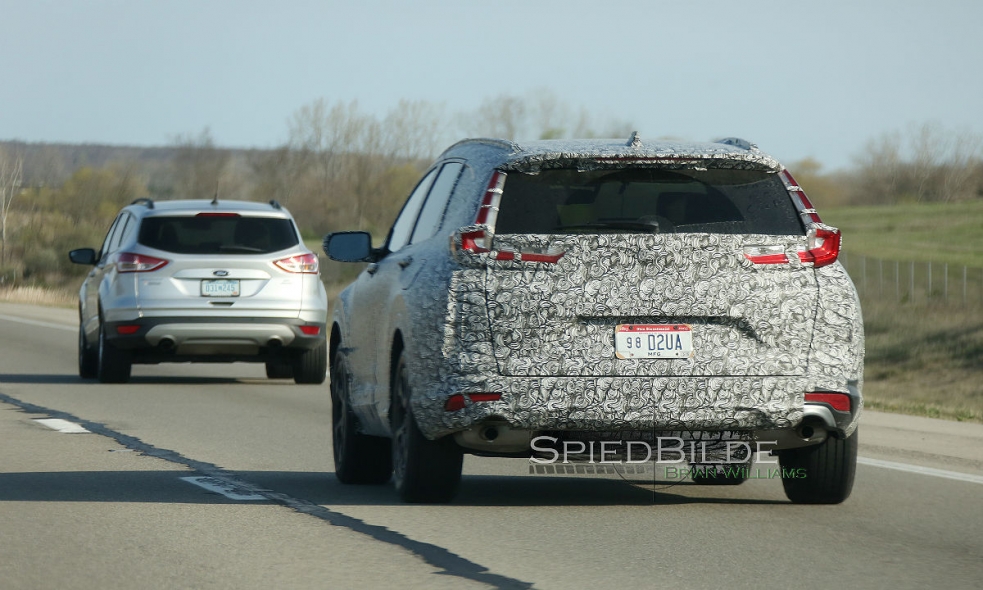 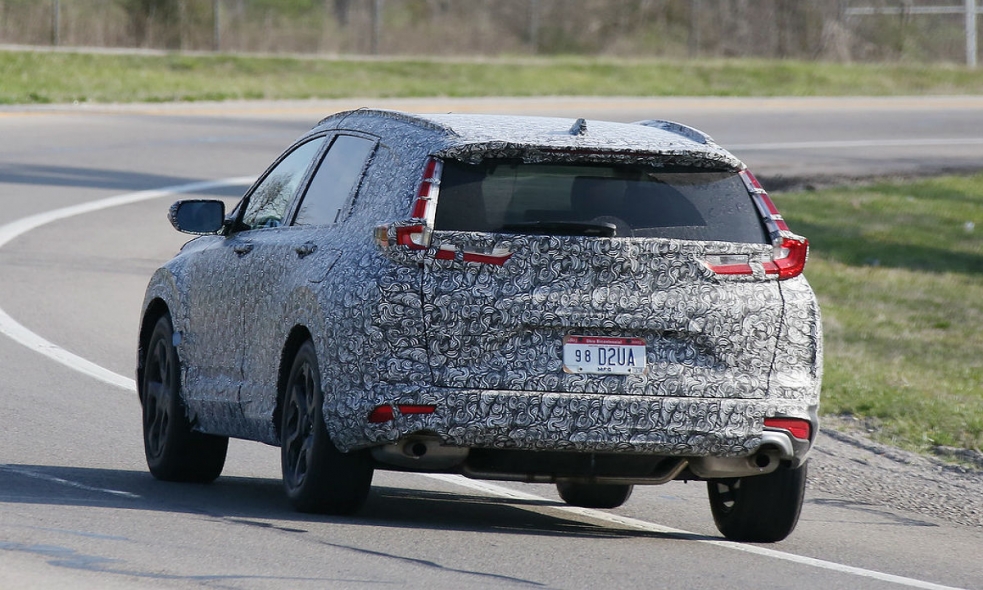 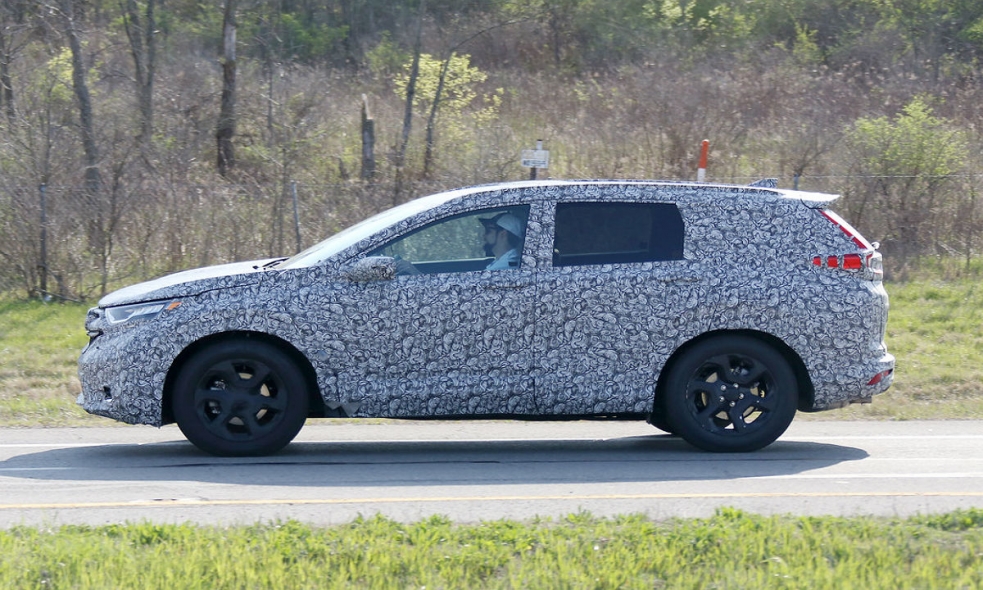 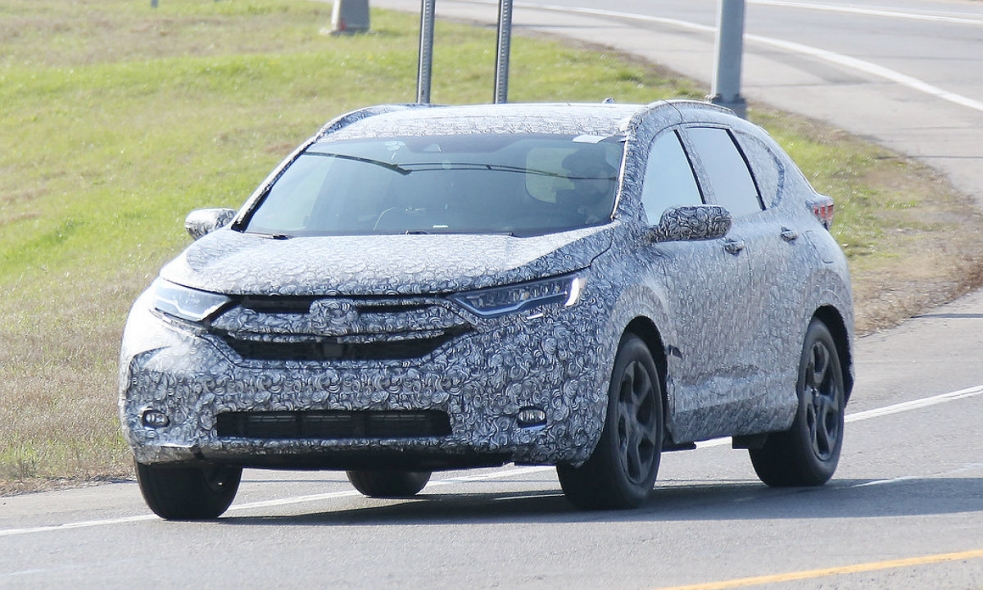 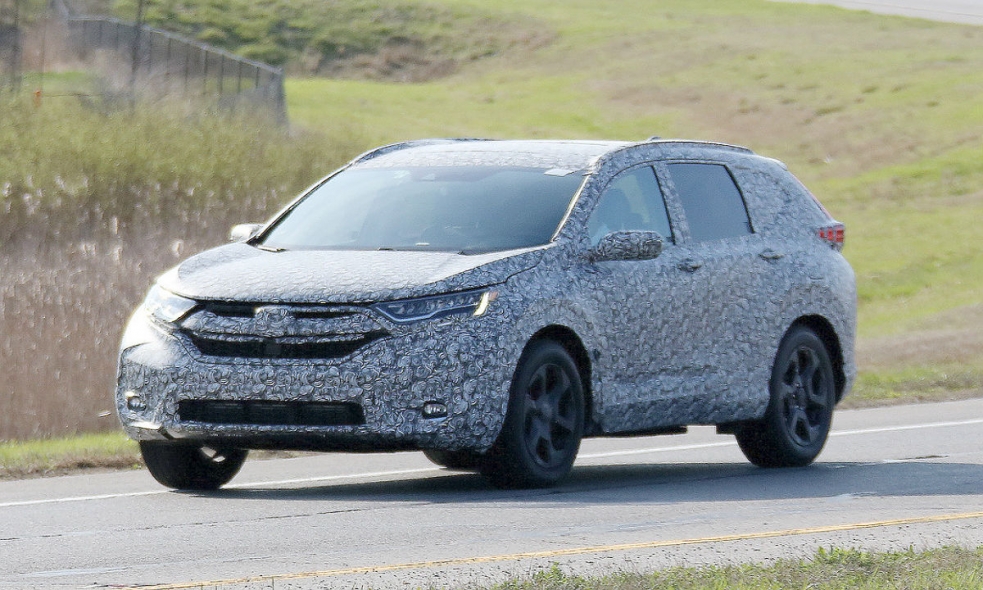 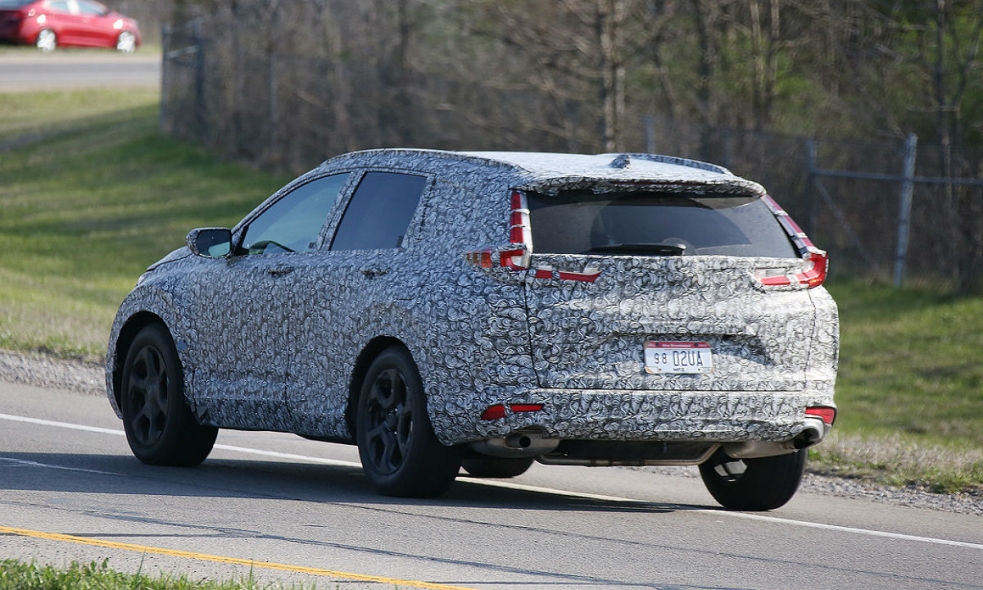 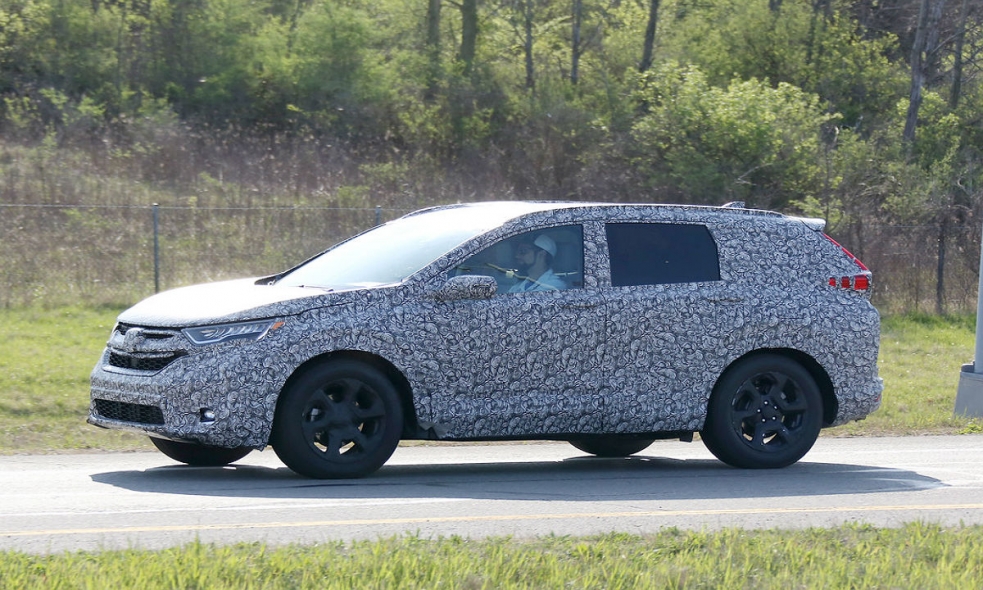 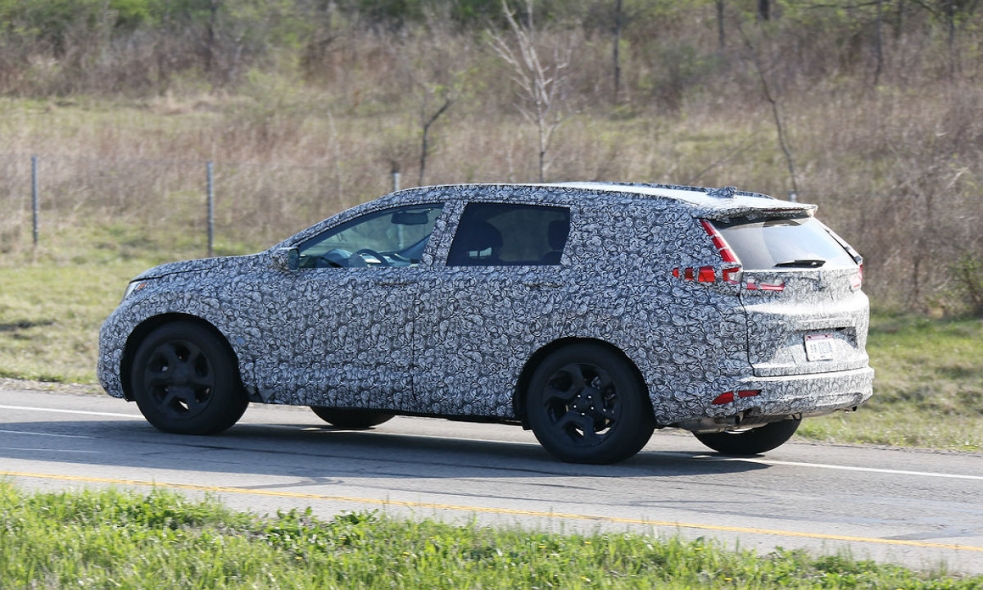 A prototype caught testing indicates that the compact crossover will be bigger than the current version and will get bold new styling.

The photos reveal a sharper look, in line with the scope of changes Honda made to the Civic compact car for 2016.

The CR-V’s taillights wrap from the tailgate around the side and up the side of the glass. They also stick out from the body of the vehicle, similar to the production version of Toyota’s C-HR that debuted in March in Geneva.

The front of the CR-V caught testing appears to use the same optional LED headlight design that’s available on the Civic and a more chiseled grille design than the current generation.

Honda hasn’t confirmed that the new CR-V will get bigger, though spy photographers report the vehicle looks larger on the road than the current version. There are also rumors of a three-row variant.

A turbocharged four-cylinder engine is expected to be offered as an option and a hybrid version may be added to counter Toyota’s new RAV4 Hybrid. A plug-in hybrid may join the lineup later, as Honda has indicated it plans to begin offering plug-in variants of its core models.

Honda hasn’t confirmed when the fifth-generation CR-V will debut, but it’s expected early next year. The CR-V is one of Honda’s most popular vehicles, beating the Civic in 2015 with U.S. sales of 345,647, second only to the Accord.