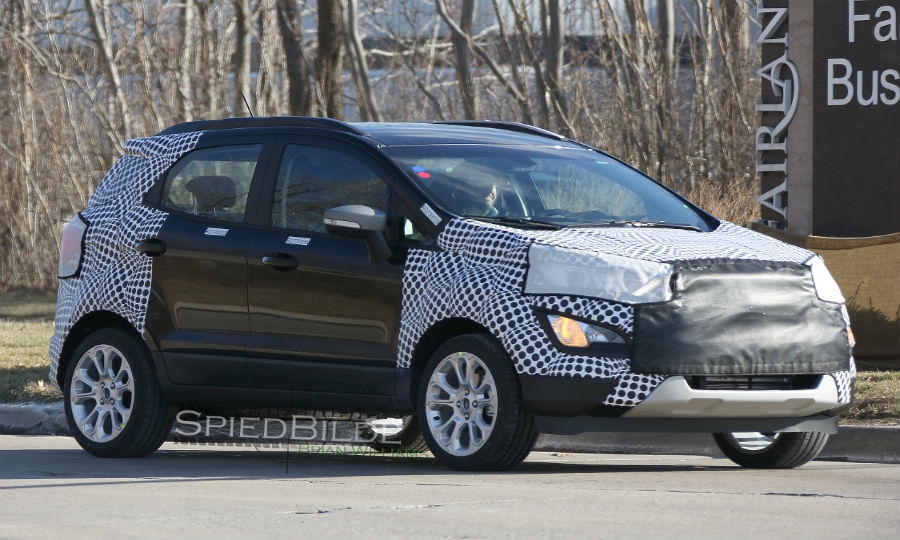 BRIAN WILLIAMS / SPIEDBILDE
Rap artist DJ Khaled posted on Snapchat late Wednesday night that he would be in L.A. to help unveil the Ford EcoSport vehicle next week.
Share 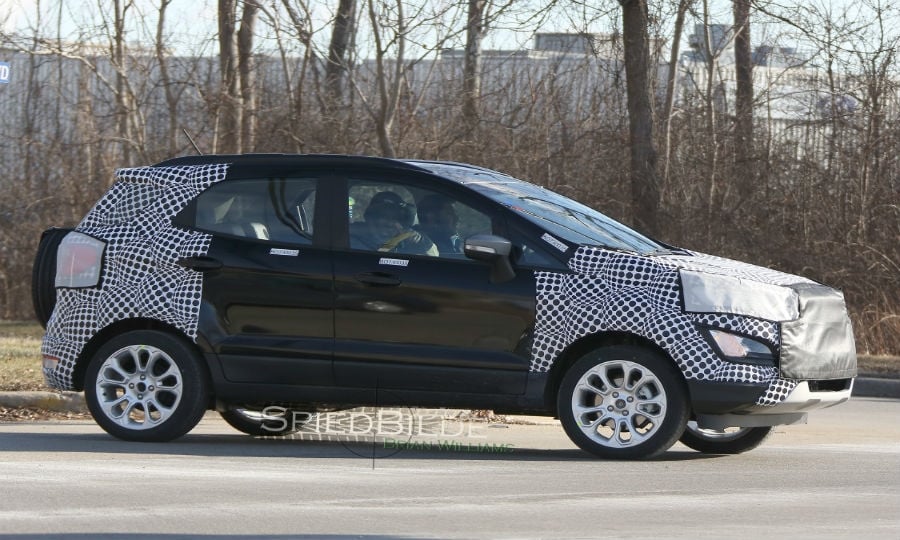 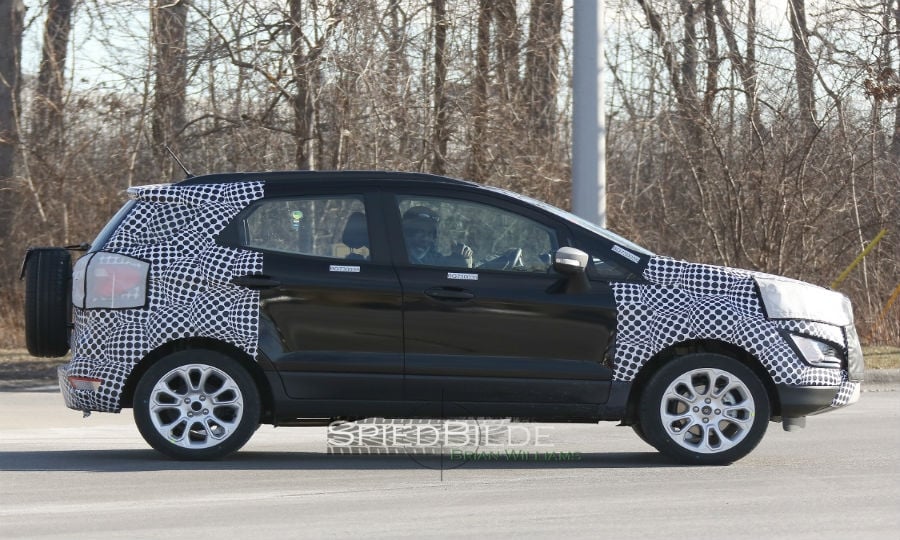 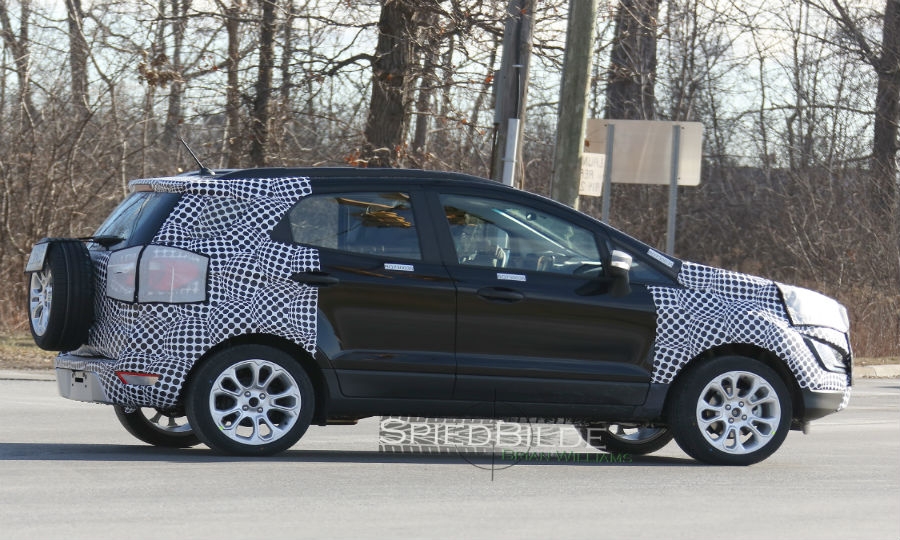 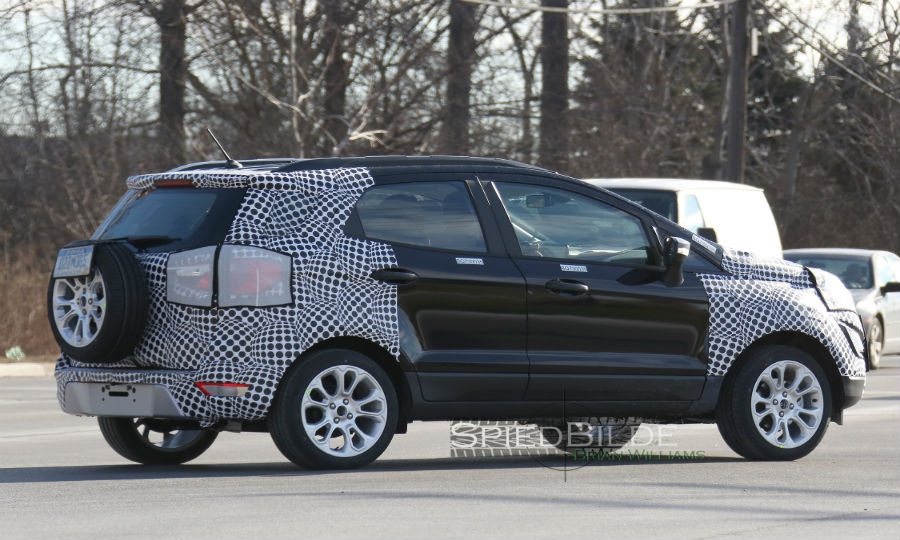 BRIAN WILLIAMS / SPIEDBILDE
The EcoSport could arrive in the U.S. in late 2017 as a 2018 model, the research firm Autodata said in a report this month.
Share 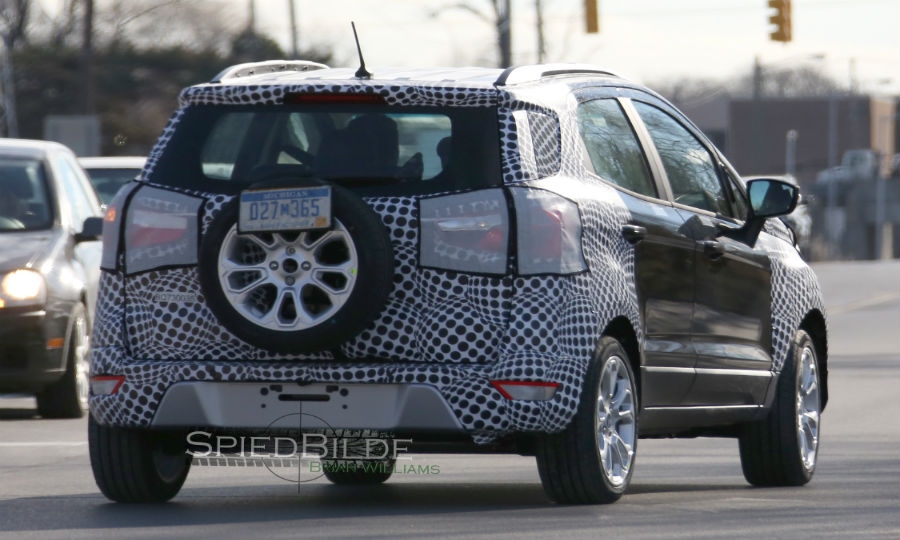 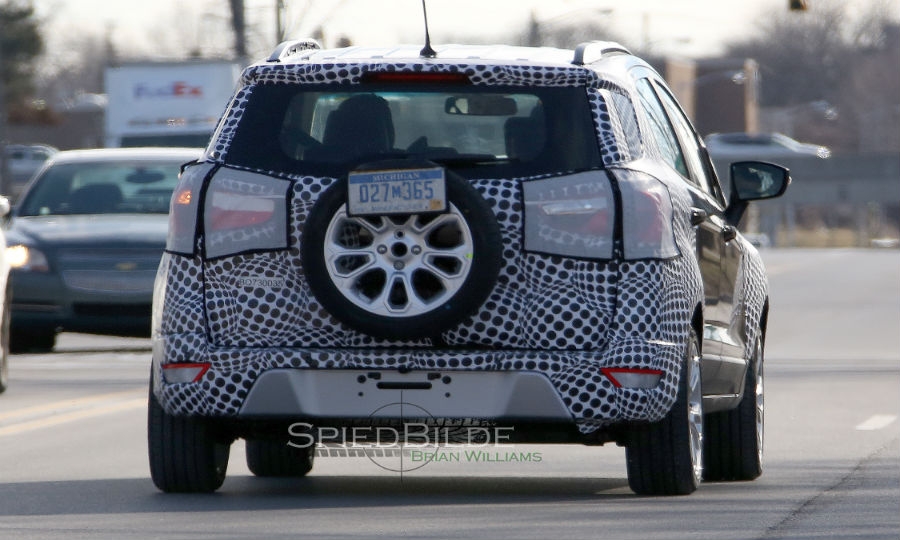 Ford Motor Co. appears to be getting closer to selling the tiny EcoSport crossover in the U.S.

The EcoSport would fill a hole in Ford’s lineup below the Escape, competing against the Subaru XV Crosstrek, Chevrolet Trax and Jeep Renegade in a segment whose sales more than doubled last year.

Spy photos show the EcoSport, a subcompact crossover based on the same platform as the Fiesta, being tested near Ford’s headquarters in Dearborn, Mich. It had less camouflage than EcoSport prototypes seen in the area last year, though many details remained obscured. This one had a rear-mounted, full-size spare tire, though that feature would undoubtedly be absent from the U.S. version.

The EcoSport could arrive in the U.S. in late 2017 as a 2018 model, the research firm Autodata said in a report this month. It’s unclear where the vehicle would be built --likely Thailand, India or Mexico.

Ford said in January that it would add four utility vehicles to its U.S. lineup within the next few years, and the EcoSport is one of the surest bets to be among them. It’s likely to arrive at least a year before the Bronco SUV makes its return.

In December, Ford CEO Mark Fields declined to say whether the company plans to sell the EcoSport at American dealerships. His predecessor, Alan Mulally, indicated in 2014 that the vehicle eventually could come to the U.S.