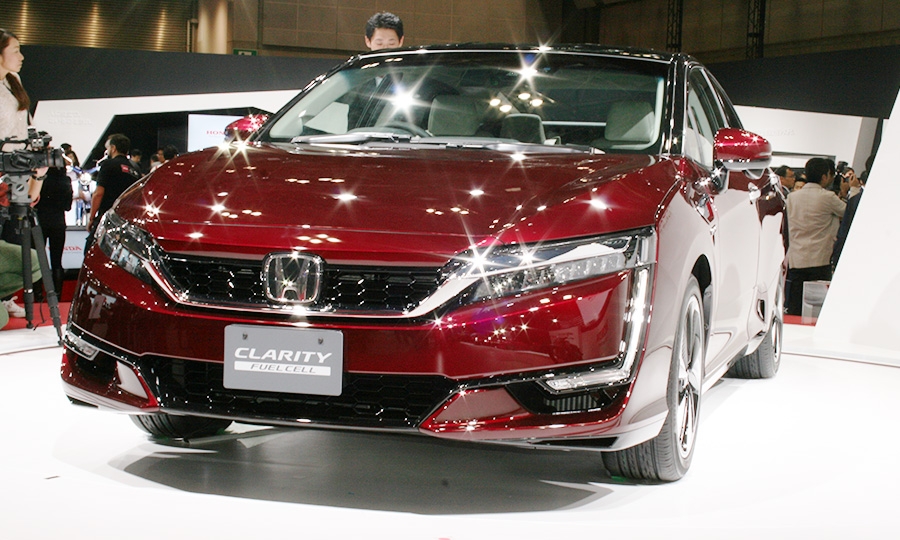 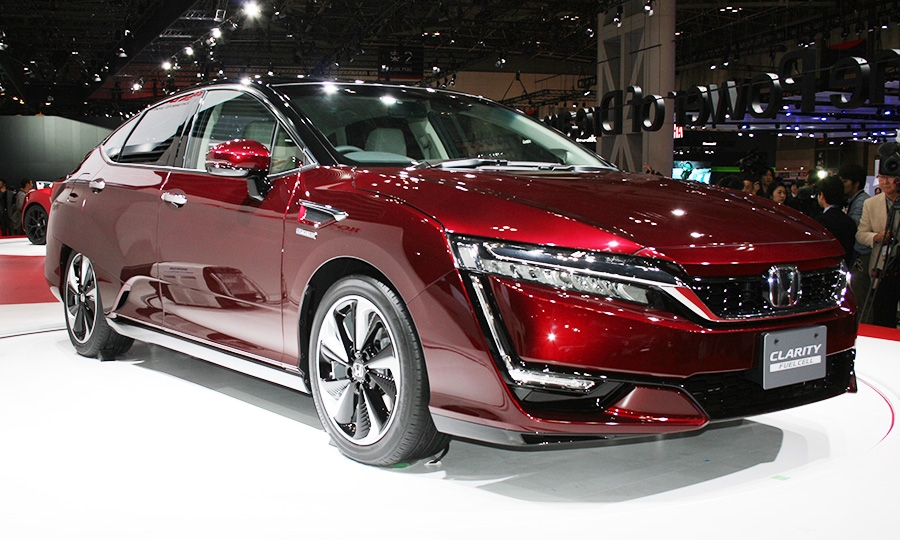 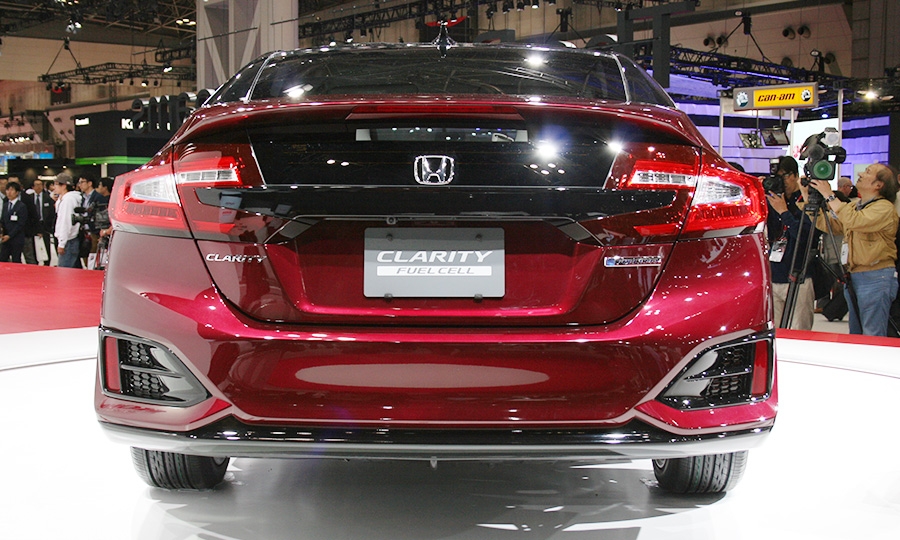 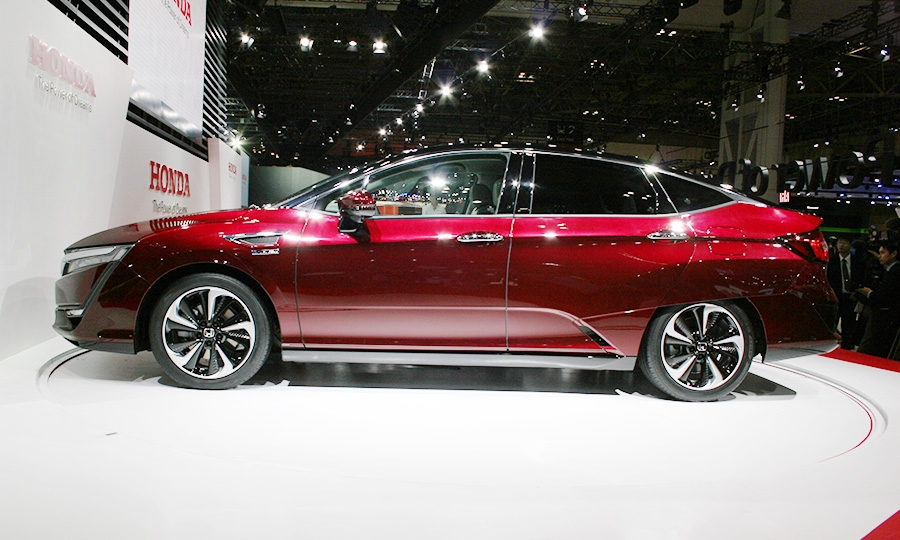 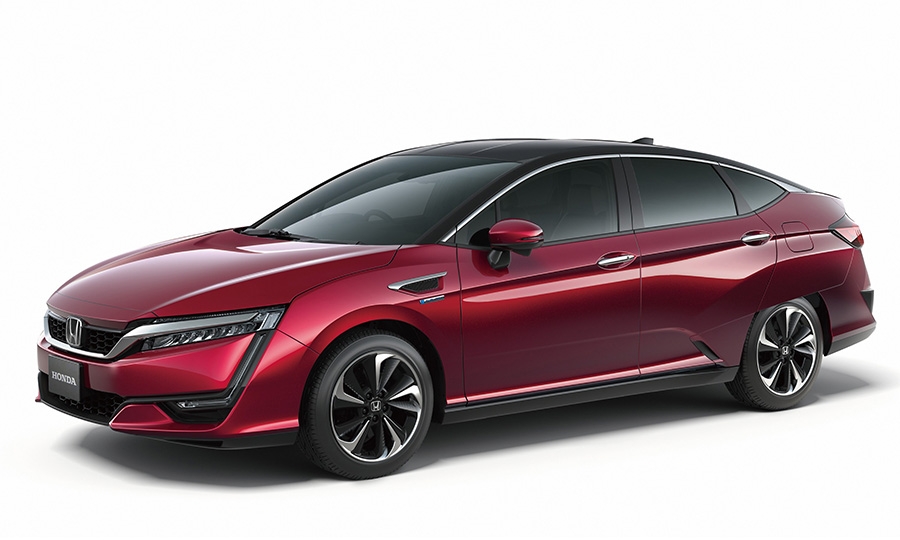 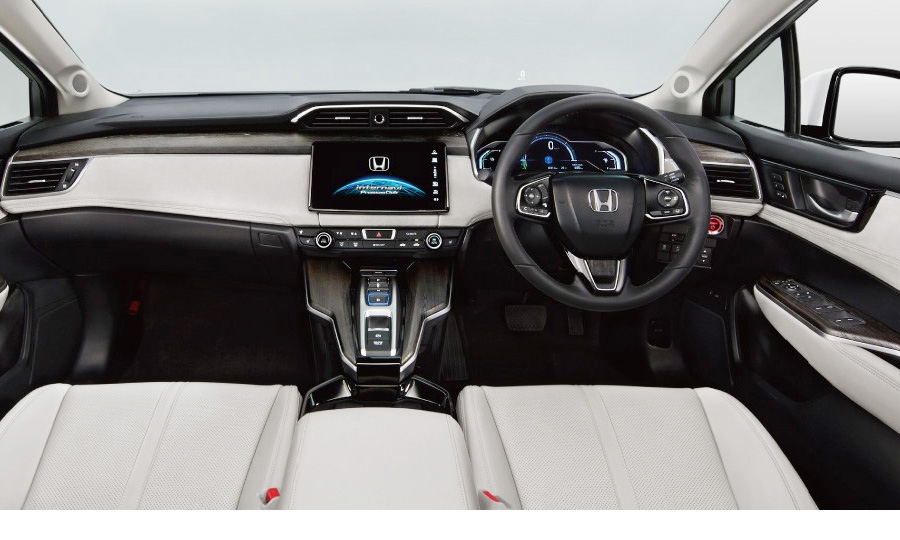 WASHINGTON -- American Honda said it will begin leasing the Clarity hydrogen fuel cell sedan for under $500 per month later this year in select California markets.

When Honda offers the car for retail sale, sometime after leasing begins, it will have a base price of “around” $60,000, John Mendel, executive vice president of American Honda said at the Washington auto show today.

The Clarity will take on the Toyota Mirai and and Hyundai Tucson fuel cell vehicles in select California markets that have hydrogen filling stations, Mendel said.

The Clarity’s sticker price and estimated lease offer puts it roughly in line with the Mirai, which starts a little lower at around $57,300 including destination or for a $499 monthly lease payment. The Hyundai Tuscon fuel cell is also offered for a $499 per month lease.

The state’s nascent infrastructure of hydrogen pumps -- only five public stations are currently operational in California -- is a key hurdle for the first wave of hydrogen fuel cell cars being offered for retail sale in part to meet California requirements to sell zero emission vehicles like fuel cells and battery-electric vehicles in increasing volumes through 2025.

Mendel said 12 stations will be open by the end of the year, part of around 100 that come on line in the next few years.

“It's definitely ramping up,” Mendel told reporters at the Washington auto show. “It’s been a slow ramp-up versus the launch of the first Clarity but it’s accelerating at a pretty good pace.”

Amazon backed out of taking a stake in Argo. Then the self-driving startup folded