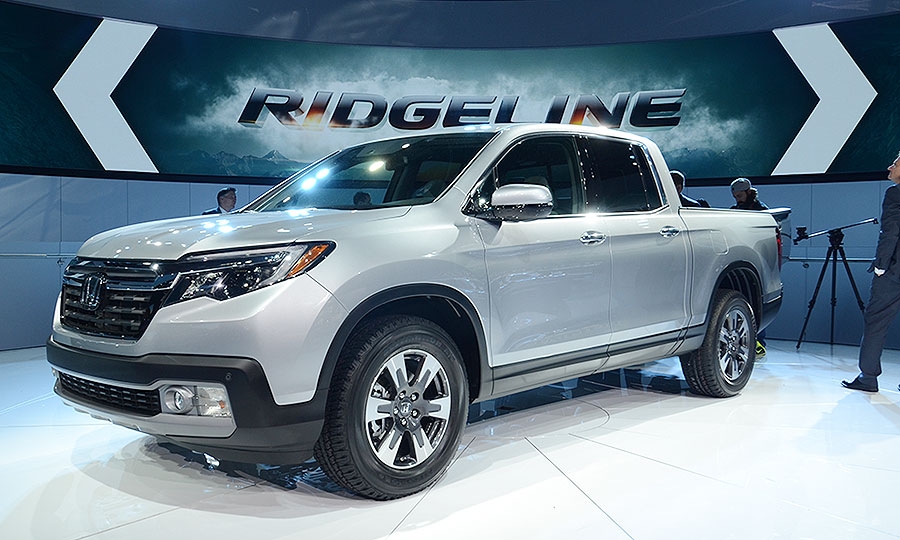 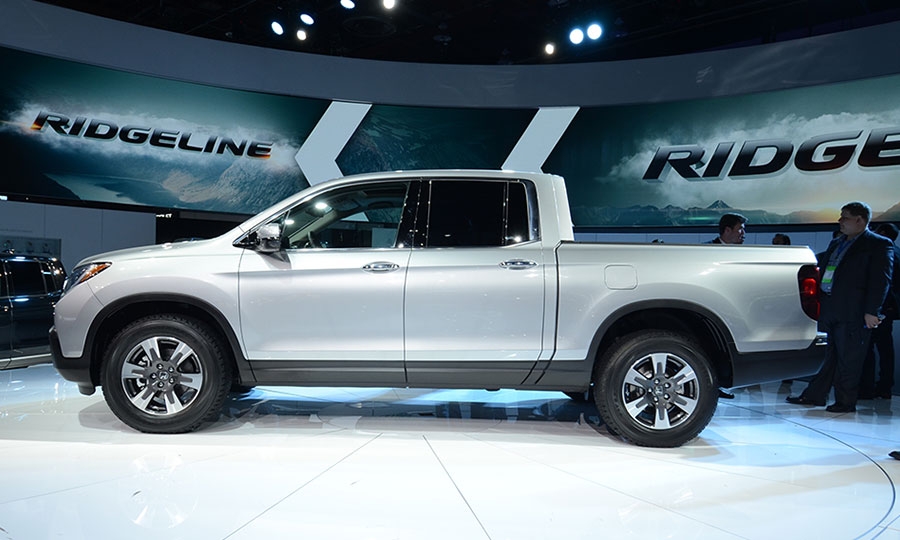 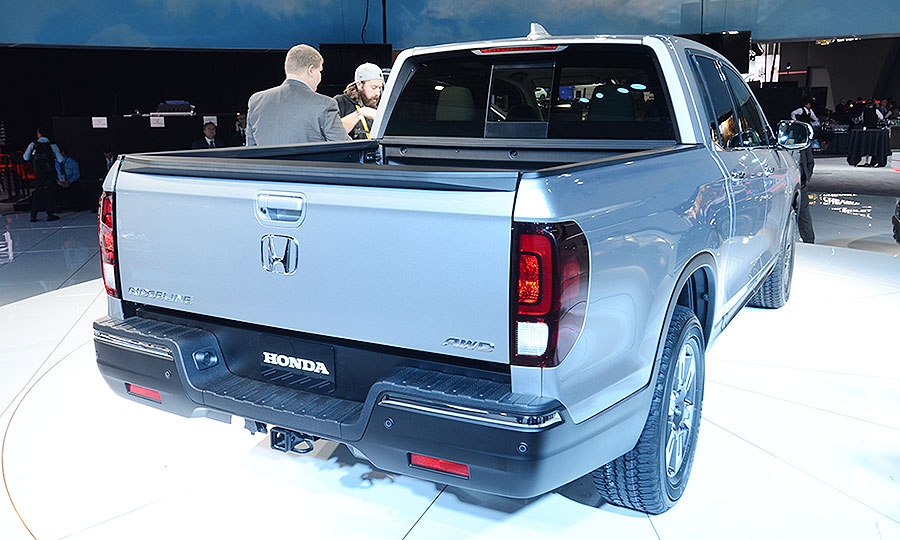 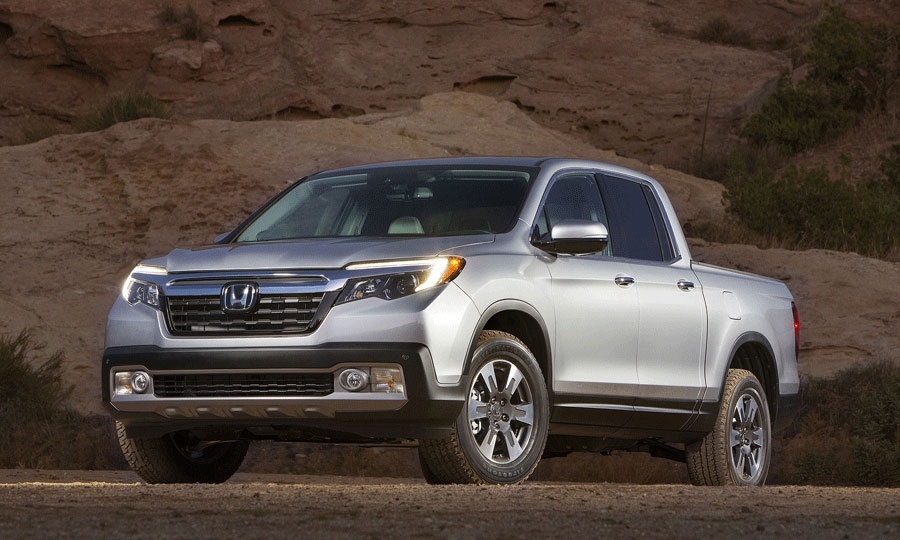 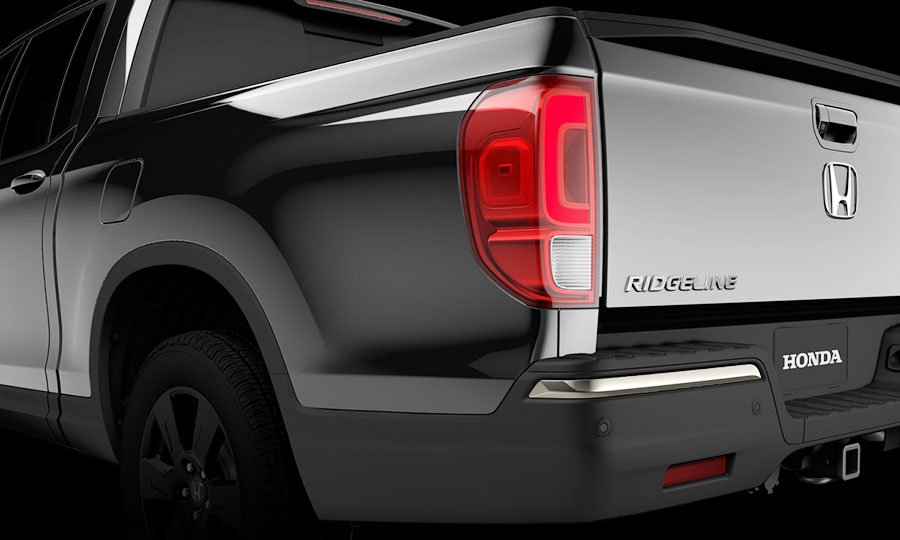 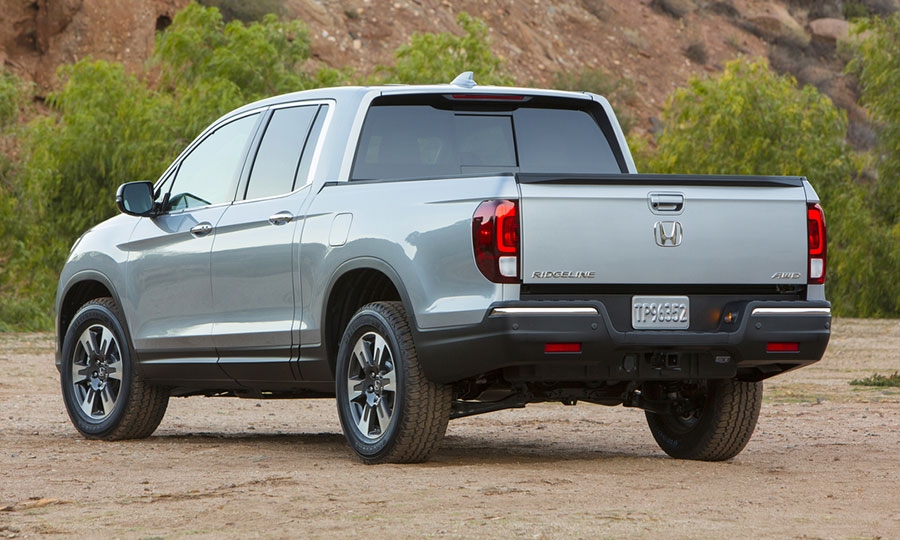 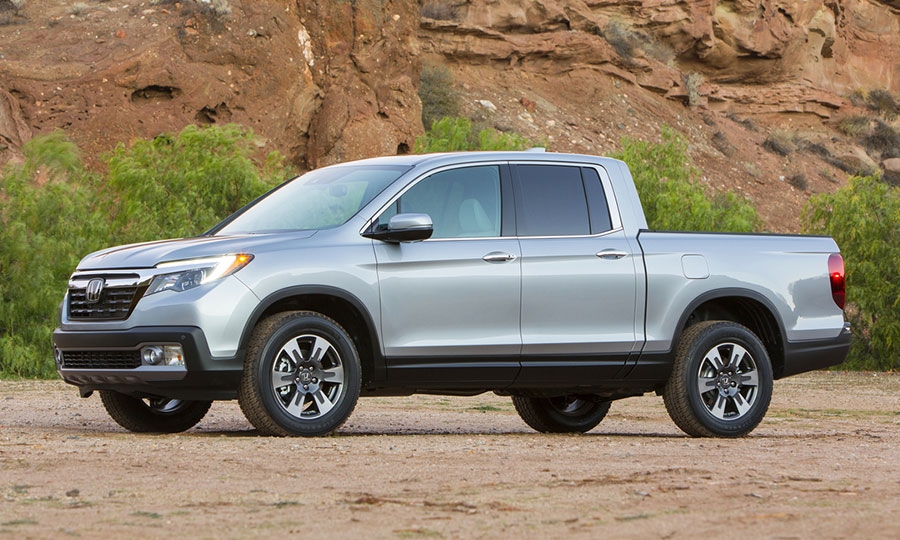 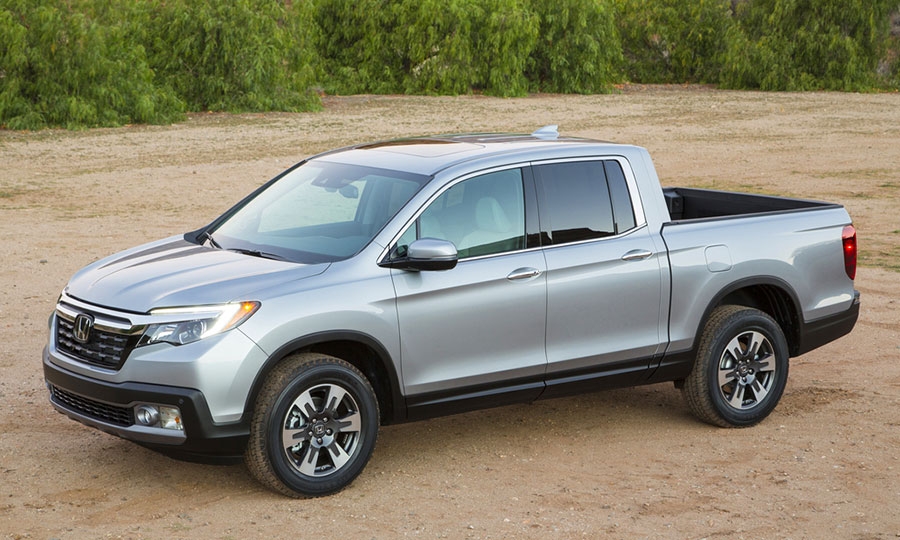 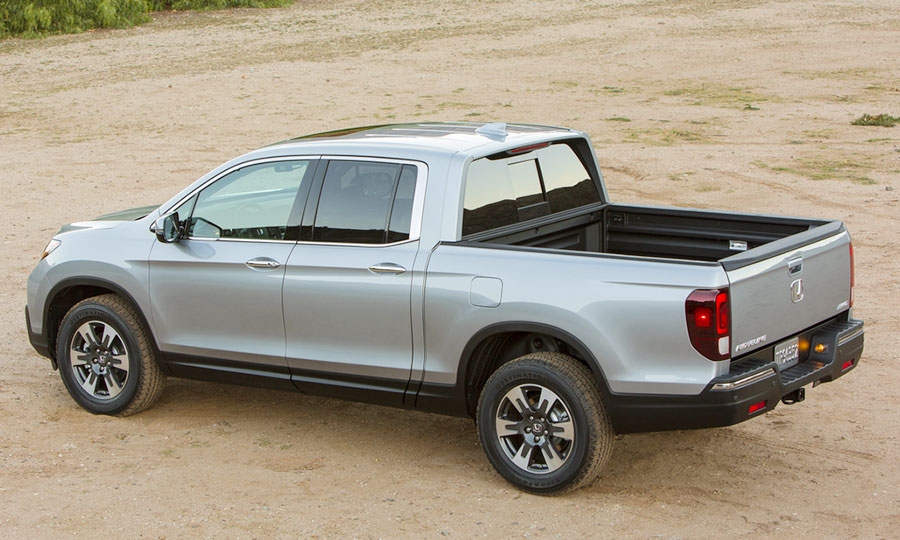 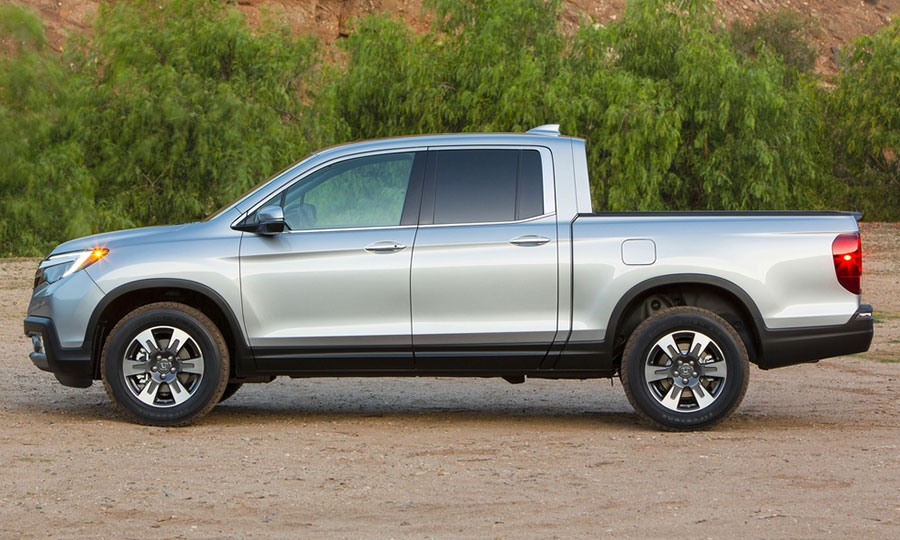 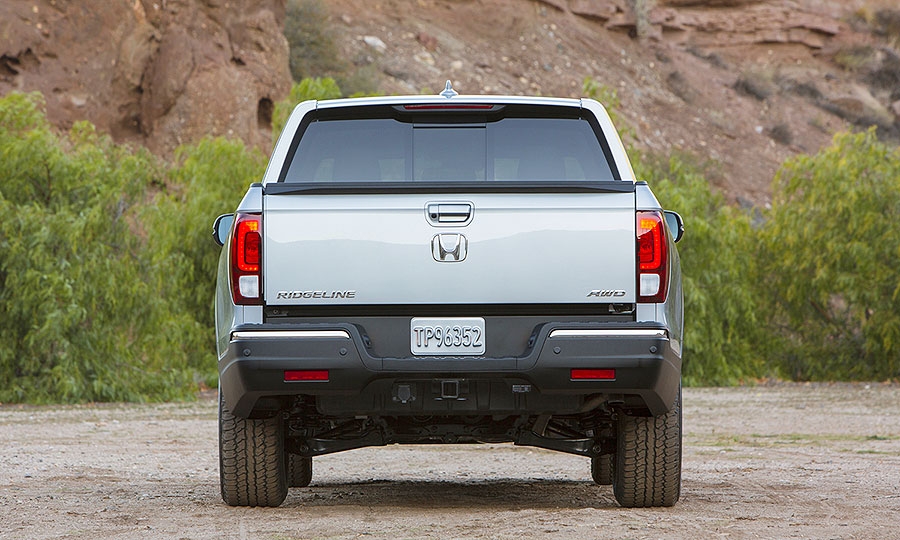 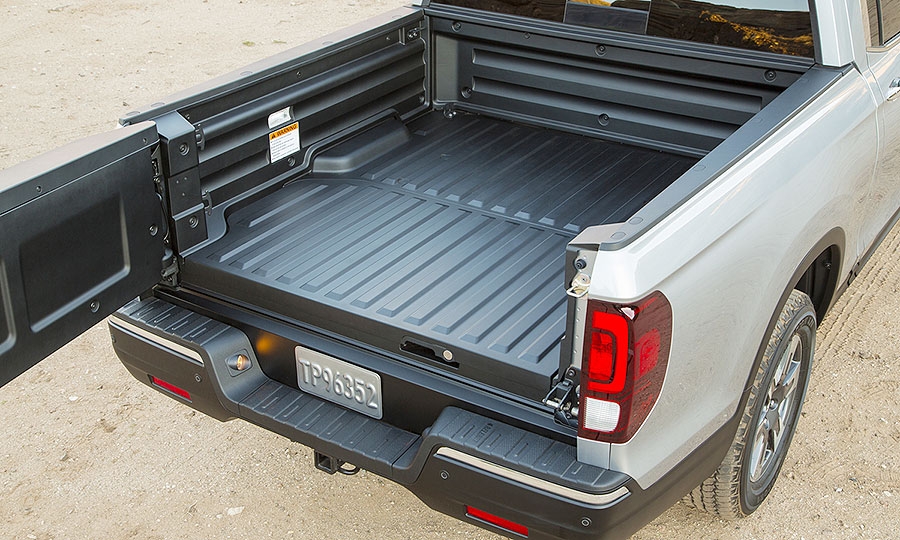 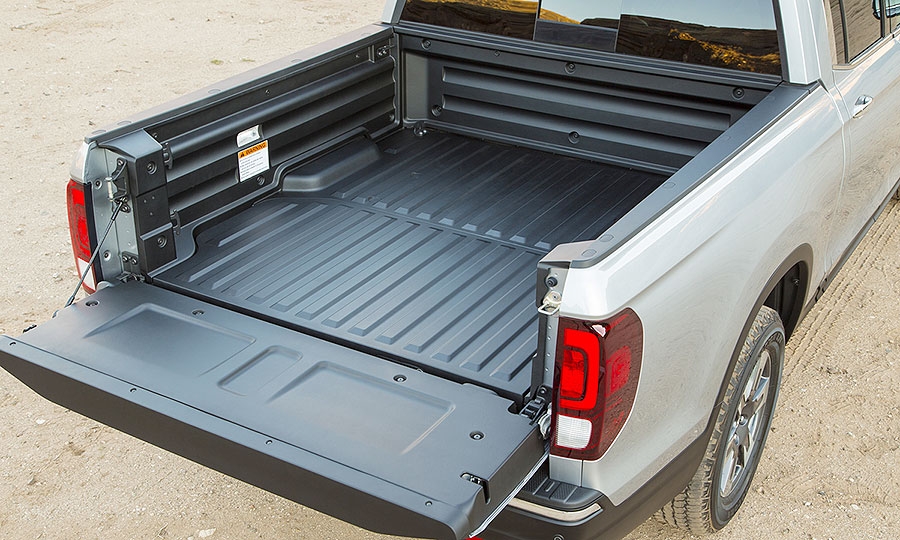 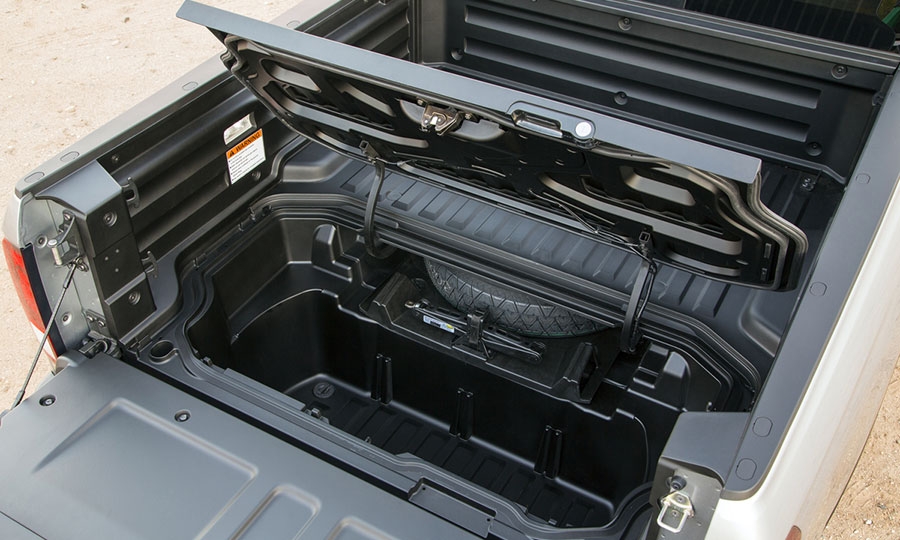 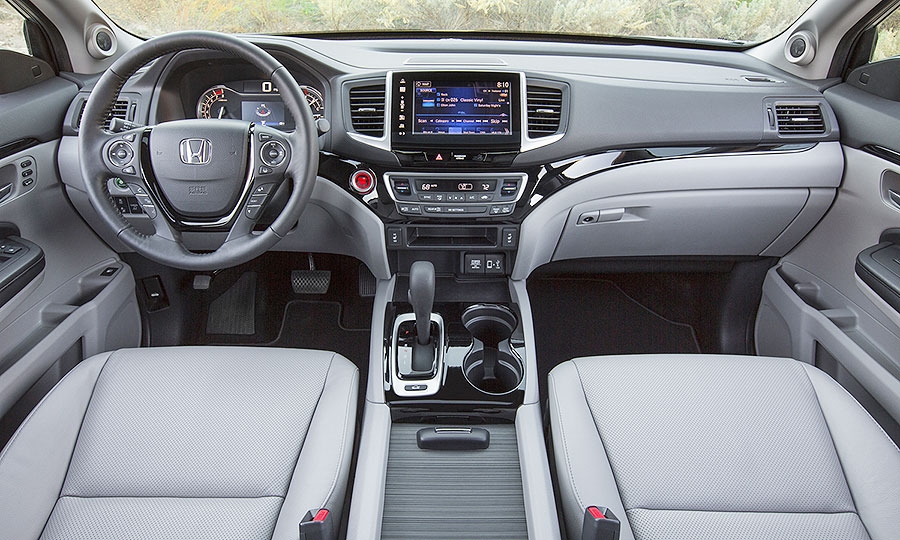 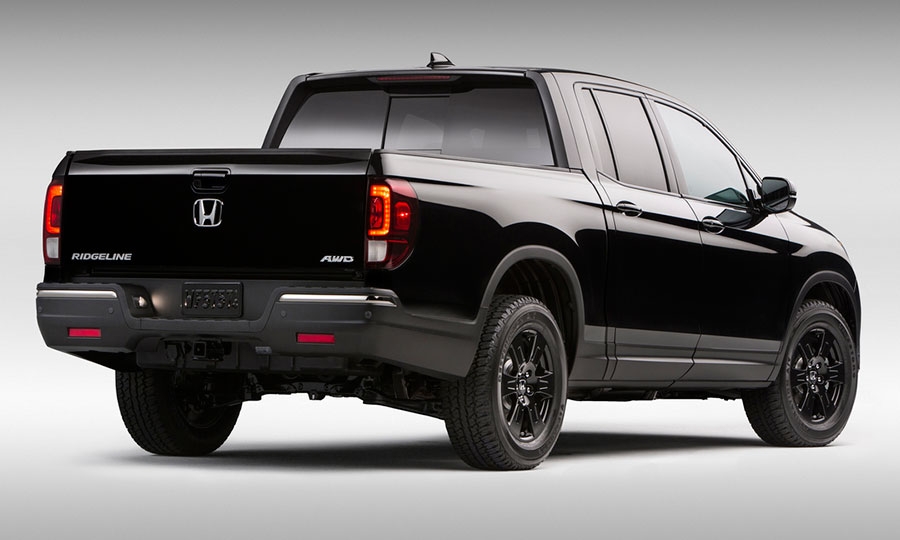 Honda introduced the Ridgeline in 2005 with a plastic composite bed incorporating molded-in tie-down spots and secure storage under the bed. The 2017 version, unveiled at the 2016 Detroit auto show last week, retains those popular features of the original, and adds some new innovations.

A new type of in-bed audio system forgoes conventional speakers, which could be easily damaged in a cargo area. Instead six exciters -- devices that vibrate the surface they are attached to -- located inside the bed walls use the composite material itself as a speaker.

A Honda spokesman said in an interview with Plastics News after the reveal that the audio system can pump out music even in a bed filled with mulch or dirt.

“Now, you can’t see it, there are no speakers to get bashed and scraped when you’re hauling mulch or lumber. But you can hear it,” said Executive Vice President John Mendel for American Honda during the Ridgeline reveal. “Especially with its 540-watt audio system, it’s good old-fashioned Honda engineering magic.”

Plastics News is an affiliate of Automotive News.

It’s not the first time the auto industry has looked at alternatives to a standard speaker. The 2005 Ford Mustang used the interior trim plastic panel as part of its speaker system, and won a Society of Plastics Engineers award, but the system never took off. In 2011, Johnson Controls Inc. showed a concept similar to the Ridgeline, using exciters attached to the interior trim to convert the headliner to a speaker system, but that has not gone to market.

The Ridgeline’s bed, 5 feet wide and 5-feet-4-inches long, also includes a lockable in-bed composite trunk with a drain plug that can double as an icebox, and a 400-watt AC power port for recharging power tools or powering game-day electronics.

Honda said the material used in the bed was altered from its original version to prevent white scratch marks. The material was dyed to make scratches less visible.

The new innovations are part of Honda’s goal for the Ridgeline to provide the utility of a truck without compromising comfort, executives said.

“In developing this new Ridgeline we looked across the full spectrum of today’s truck and SUV buyers, and for many customers, their truck isn’t about the job site, it’s about their active, outdoor lifestyles,” Mendel said. “That means weekend sporting events and tailgates, runs to the desert or out to the country with your dirt bikes and family and friend excursions to the mountains or the lake with toys in tow.

“For these buyers, the capabilities of a pickup, mainly hauling and towing dirty and bulky cargo, come with a whole bunch of fundamental compromises inherent to their body-on-frame designs. So what do we mean by that? Lack of interior flexibility, everyday drivability, maneuverability and road manners, to name a few.”

The Ridgeline will get a high profile introduction to the U.S. public. Next month it will be featured in Honda’s Super Bowl advertising.