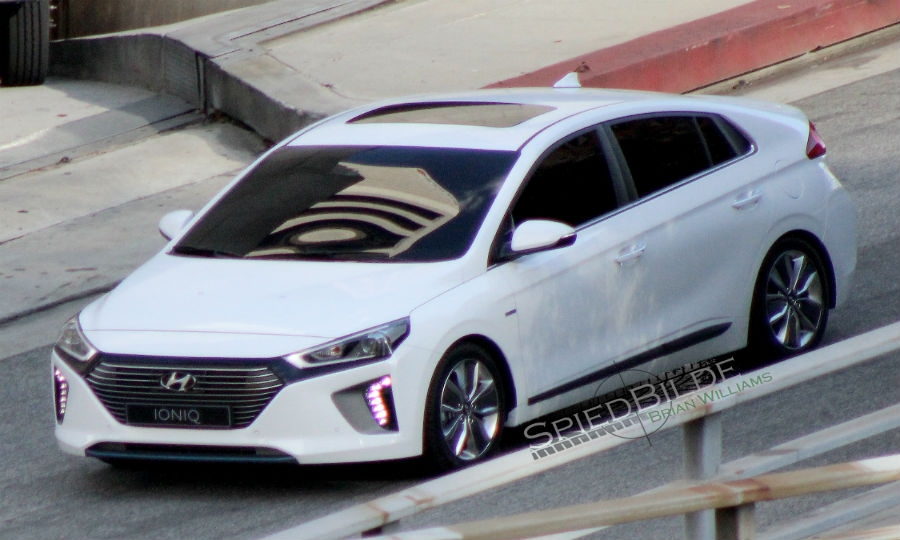 SpiedBilde
The new Hyundai Ioniq, seen at a commercial shoot in southern California. The car, which will offer a choice of three electrified powertains, is to debut next month in South Korea. 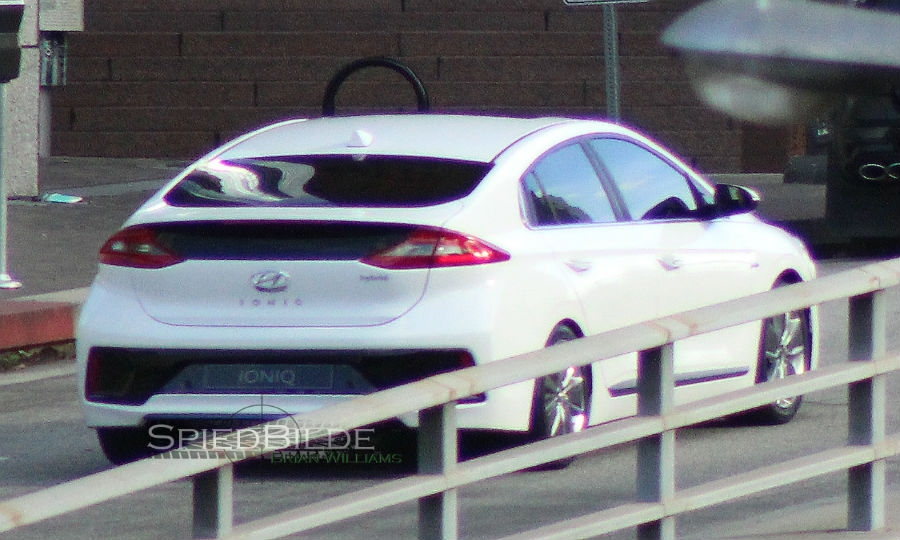 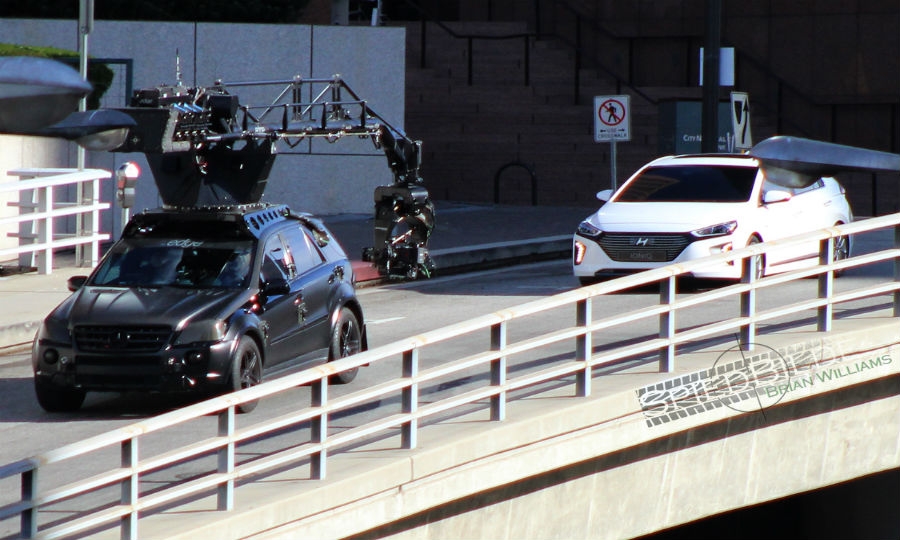 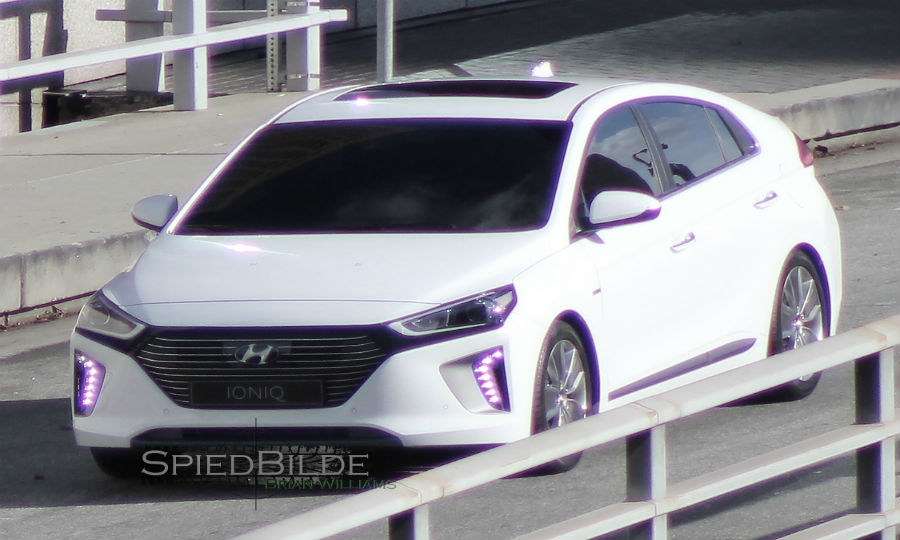 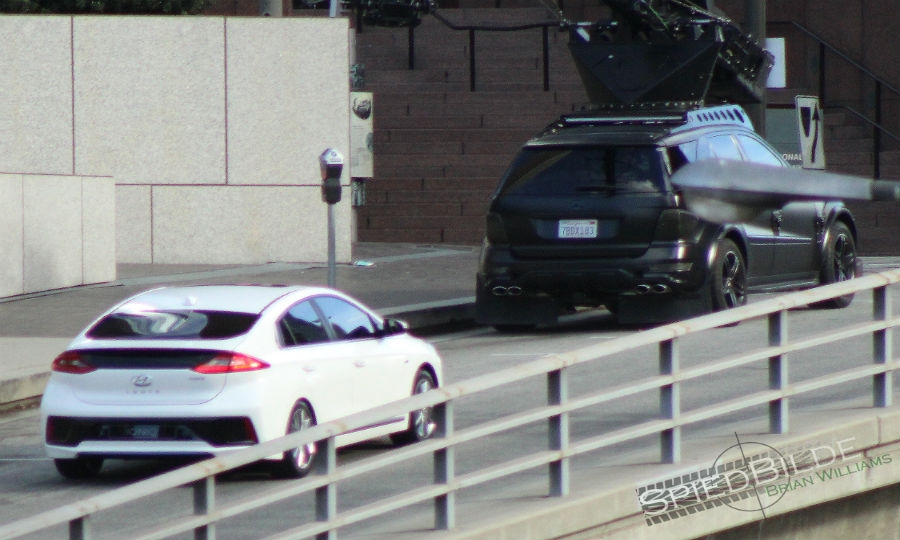 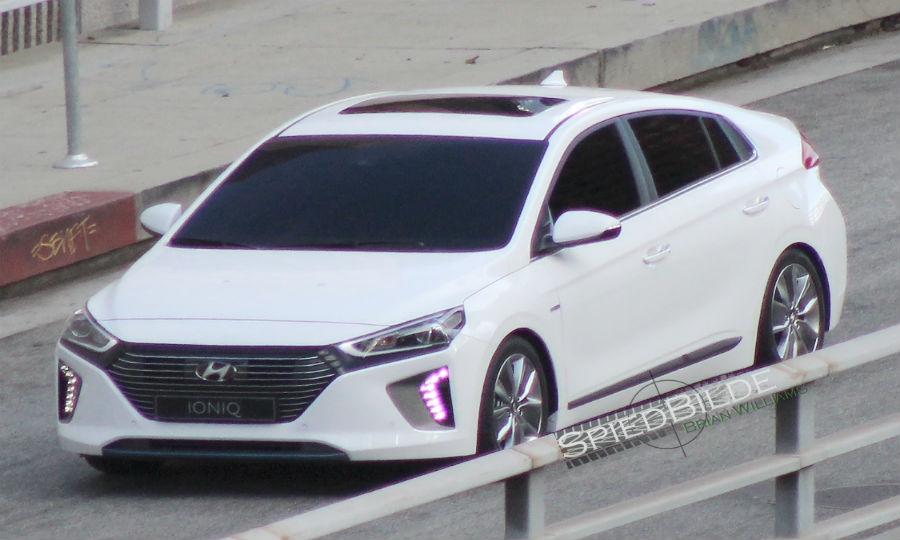 The hybrid mates a 1.6-liter gasoline engine rated at 104 hp to a 43-hp electric motor through a six-speed dual-clutch transmission. Hyundai optimized the setup for highways rather than cities, making the Ioniq more efficient in America's suburbs.

Hyundai has not disclosed the range or power output of the EV.

Zuchowski said the Korea-made hybrid and EV will arrive in showrooms about one month apart, with a plug-in hybrid version to follow. All were designed on the same platform, saving hundreds of millions of dollars in development. Because they share the same name, Hyundai also expects to save money on advertising.

Zuchowski also said Hyundai is nearing approval of the Santa Cruz, a compact pickup with such features as an extendable bed. Conceived by Hyundai designers and planners in California, it was unveiled as a concept at the 2015 Detroit auto show.

Sponsored Content: Fixing their car without denting their budget