Exec: Crossover should 'deliver the numbers' 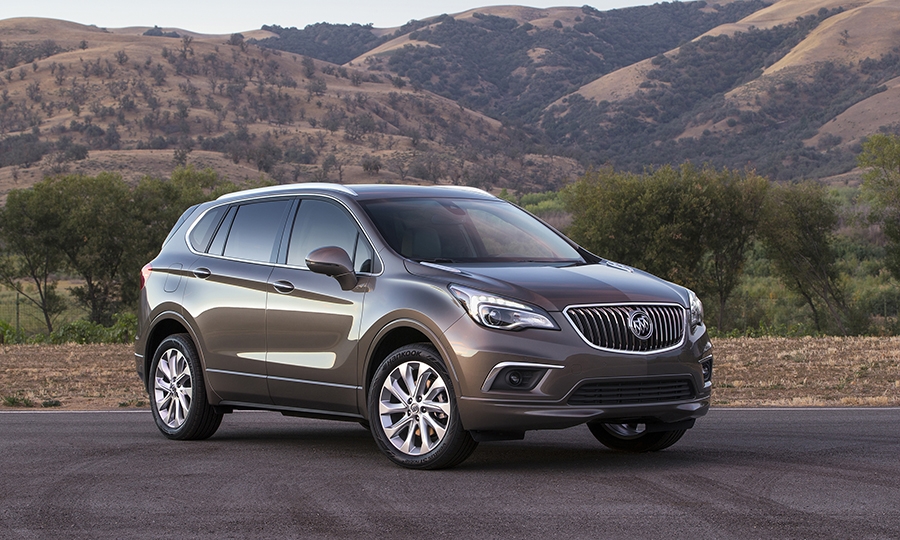 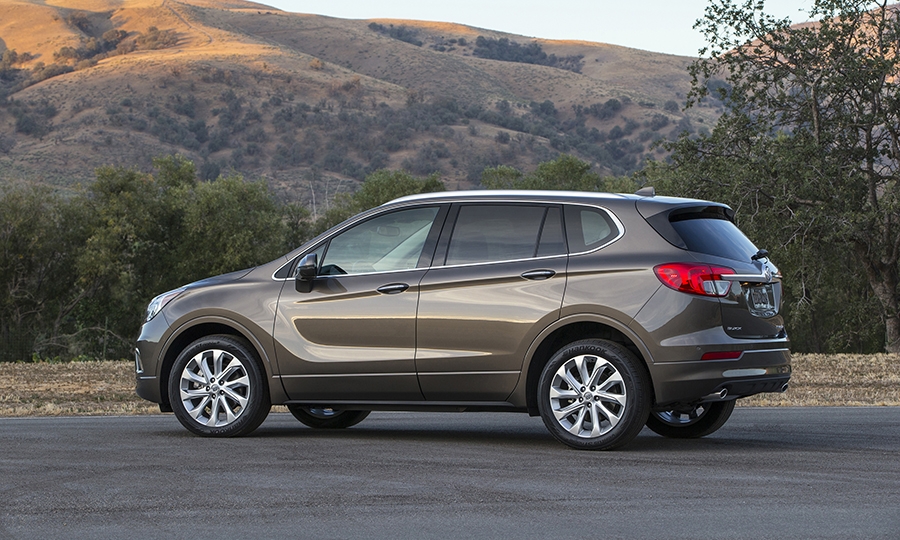 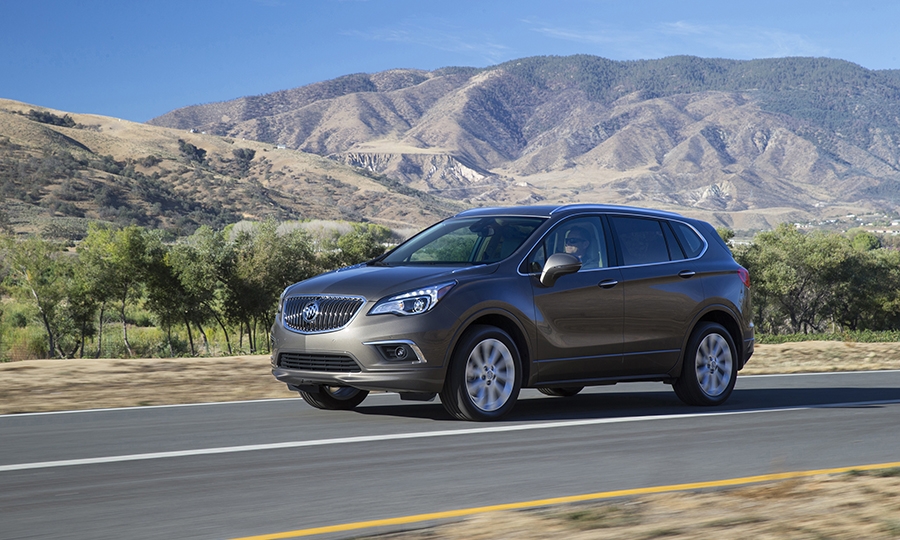 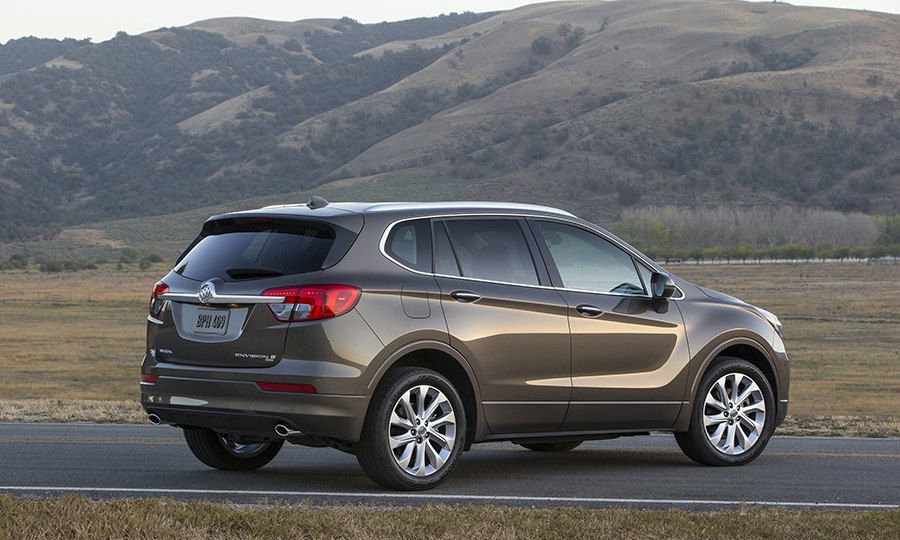 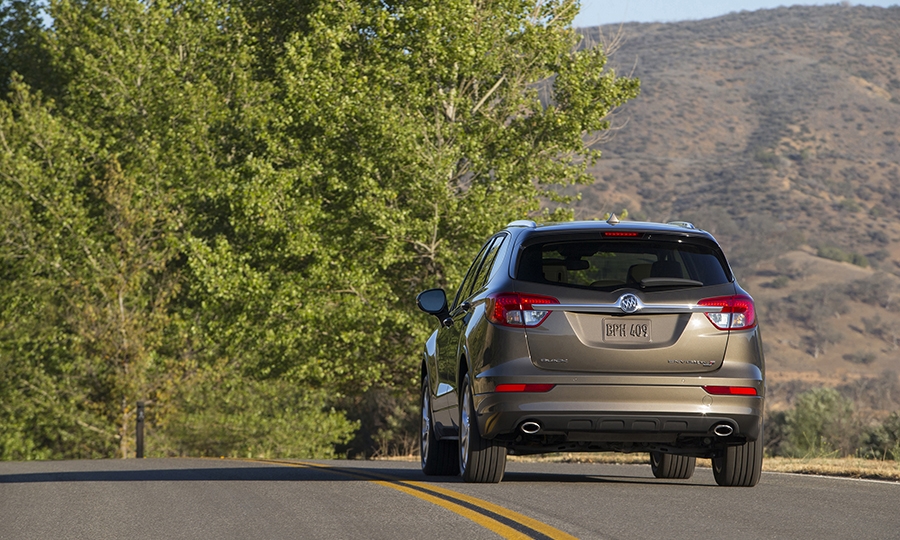 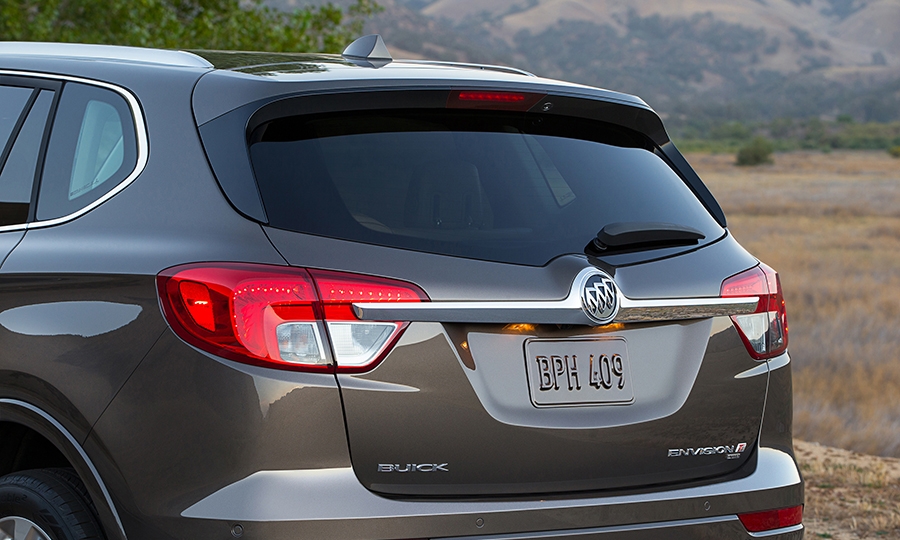 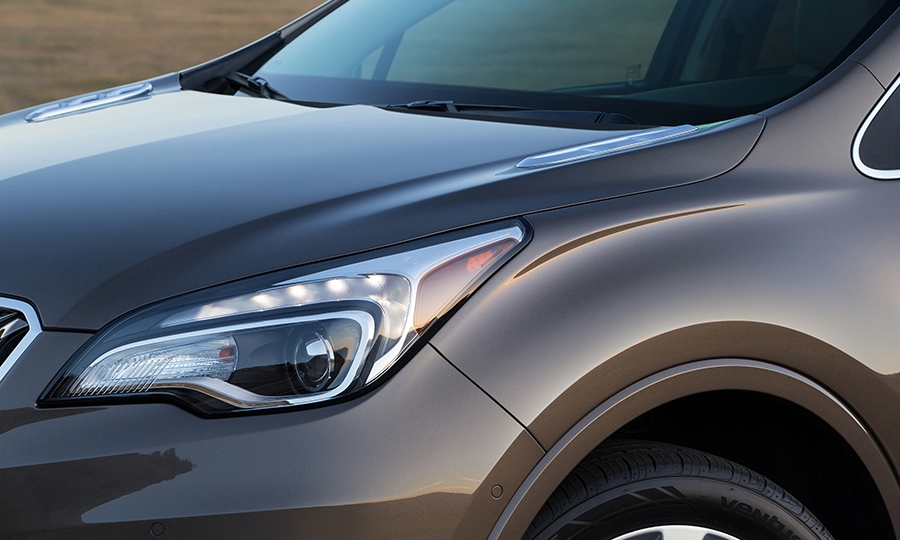 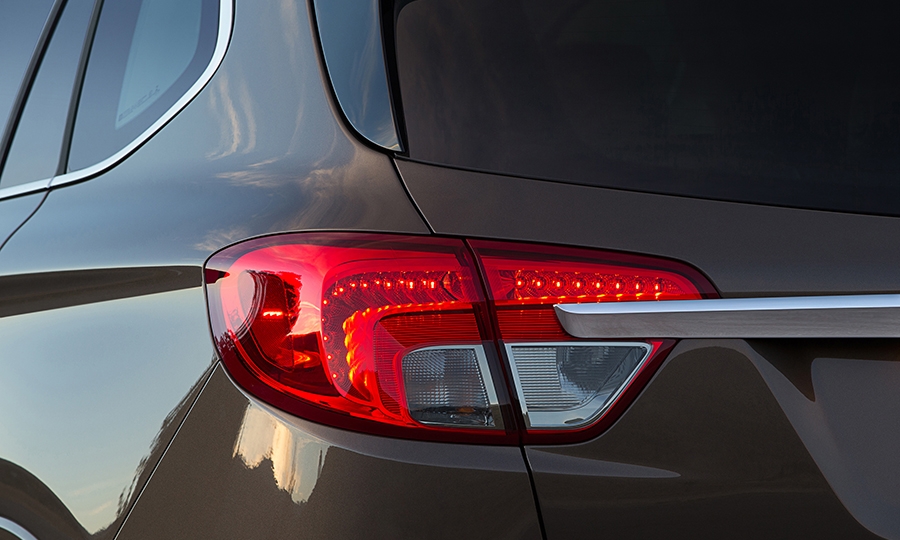 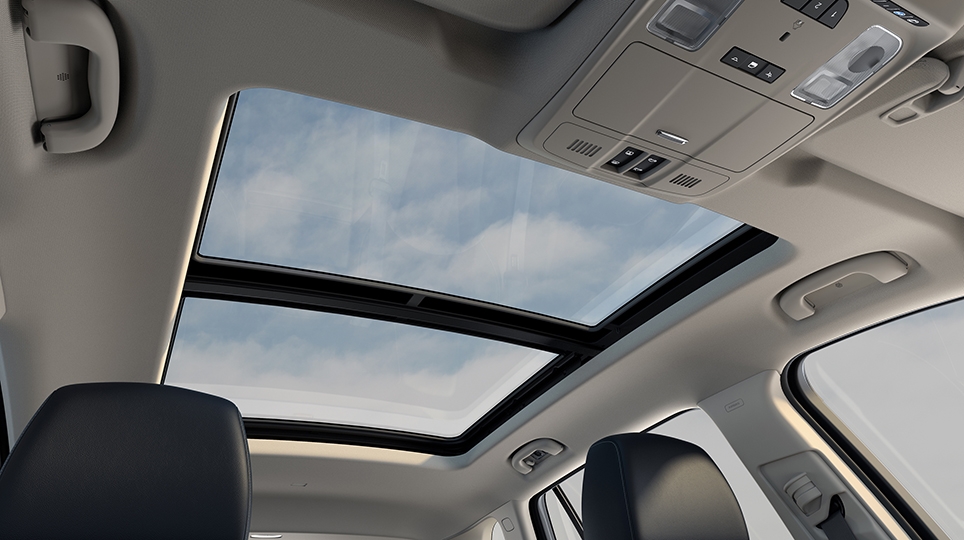 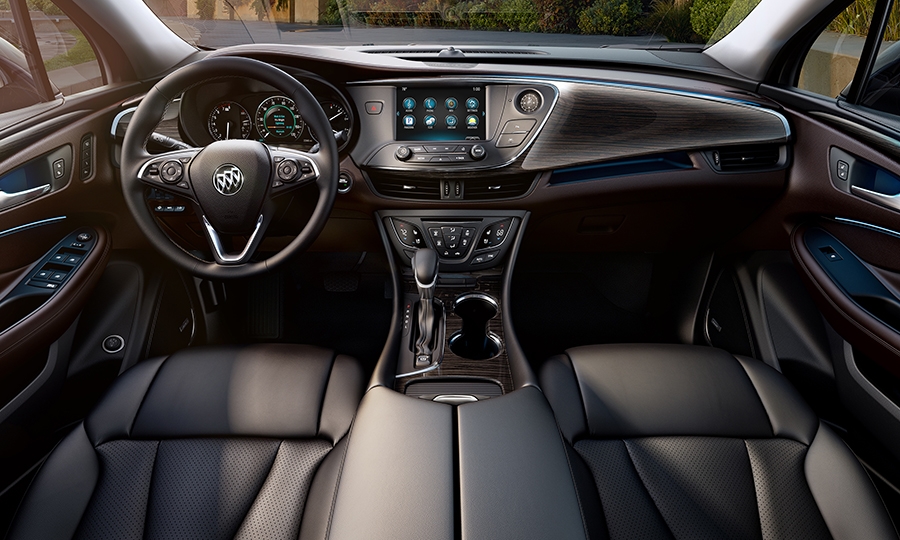 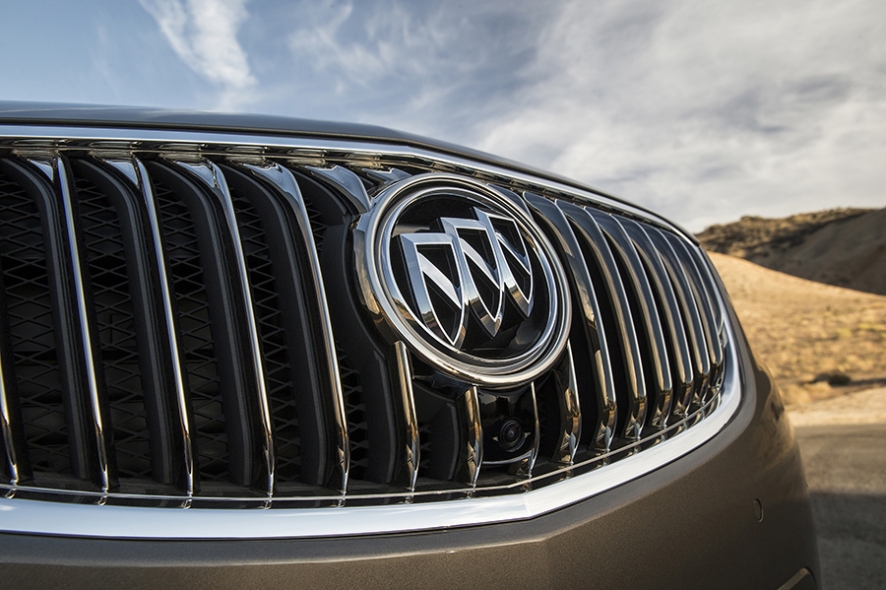 DETROIT -- The sultry Buick Avista concept coupe drew oohs and aahs when it rolled onto the brightly lit stage at a lively Buick shindig here last week. But it was the vehicle sitting 50 feet away offstage -- in the shadows over by the bar -- that is Buick's biggest story this year.

The China-built Envision compact crossover had a low-key arrival in Detroit, where the folks at UAW headquarters have had less-than-polite things to say about General Motors' decision to import it. (The union called it a "slap in the face" to U.S. taxpayers.) But in terms of a vehicle that can pull double duty as sales driver and image booster, the Envision is Buick's biggest entry since the Encore subcompact hit showrooms three years ago -- probably bigger.

The upscale Envision has been a smash hit in China, where it debuted in late 2014 and where nearly 150,000 were sold last year, becoming what Buick chief Duncan Aldred now considers "probably our most important vehicle in China in terms of volume and image."

This summer, it will slide into the yawning gap in Buick's U.S crossover portfolio between the petite Encore and large Enclave, in a segment that grew nearly 13 percent last year to 2.41 million vehicles, No. 2 behind midsize sedans. It promises to give Buick showrooms the feel of a full-line, grown-up brand for the first time in a long time.

"It feels like we finally have the core bases covered now," Aldred said. "The Cascada [convertible] will be great as a halo, and the LaCrosse is our flagship. But Envision is the one that will probably deliver the numbers."

If GM execs are worried that American consumers might be turned off by the first mainstream import from China -- or that it could end up in Donald Trump's crosshairs as an election-year railing point -- they're not showing it.

The Envision will slide into the Buick crossover lineup between the Encore and Enclave.

Buick's U.S. sales could use the lift after falling 2.6 percent last year in a market that rose 5.7 percent. It has been hurt by its sedan-heavy lineup and an aging portfolio that hasn't had a new or redesigned entry since the Encore.

Aldred believes the Envision will be "segment leading" and take on the Audi Q5 and Acura RDX. And it will be priced accordingly, he said, without getting specific. He expects annual U.S. sales volumes to be in the same ballpark as those nameplates, each of which eclipsed 50,000 last year.

That would blow past the forecast from IHS Automotive, which expects around 38,000 U.S. sales in 2017, the Envision's first full year on the market.

Inside the cabin of the Envision

As for the Avista, its show-stopper status was affirmed with an EyesOn Design award as best concept of the Detroit auto show. But it also earned the label "vaporware" from many auto writers, the industry's term for a car that will never see the light of day.

Aldred acknowledged that the coupe's primary purpose was to spark some buzz.

Officially, GM will soak in the consumer response in weighing any future production plans. But he and Ammann both acknowledged the lackluster appeal of coupes in China, a market that accounts for more than 80 percent of Buick's sales.

For now, Aldred is happy to have the 2+2 coupe as eye candy to attract a steady stream of showgoers who might lay eyes on the Envision, Cascada or LaCrosse on the way.

"As well as 'Here's what we can dream about for the future.'"