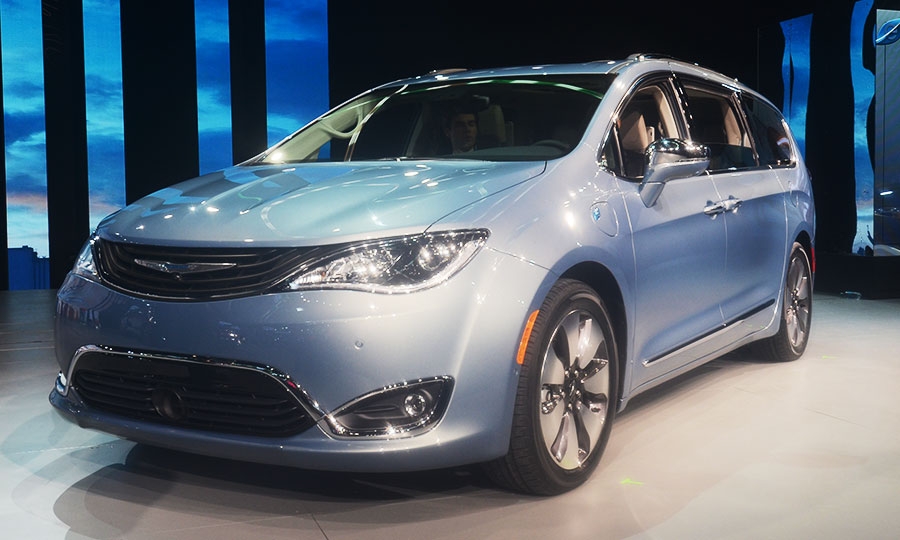 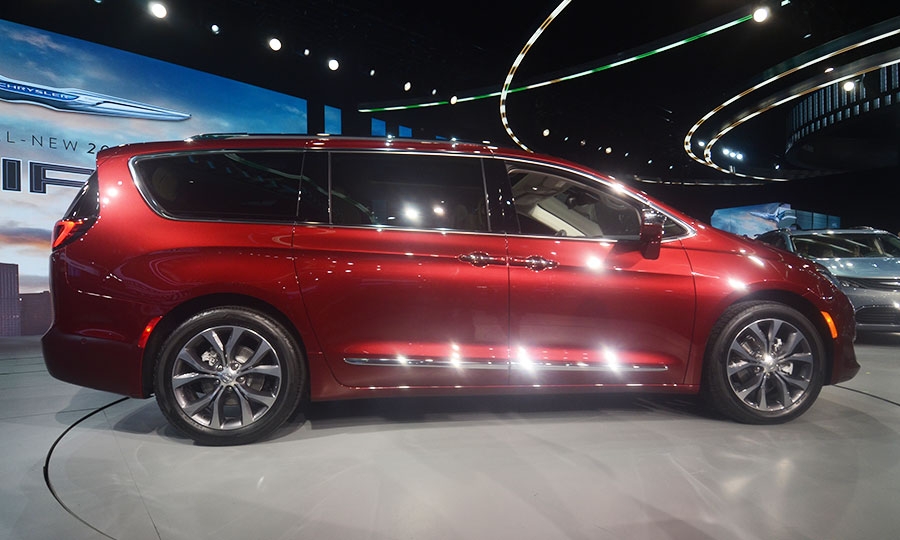 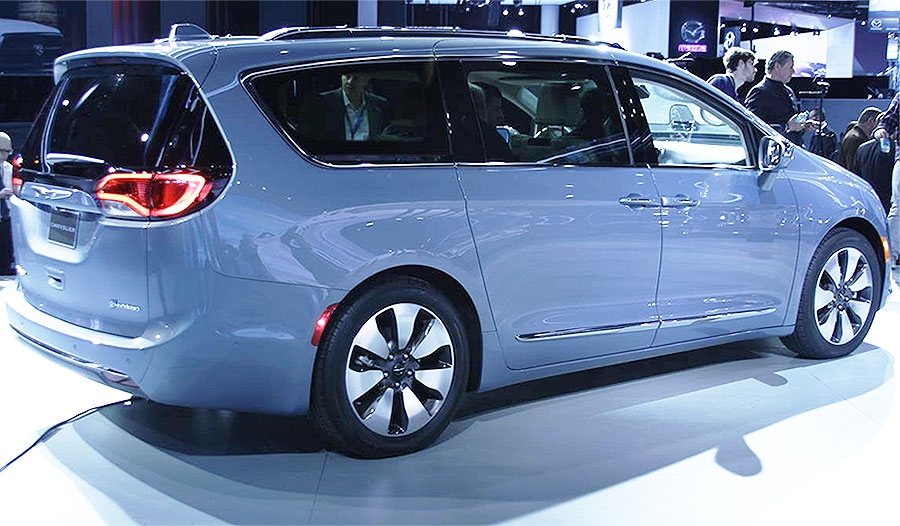 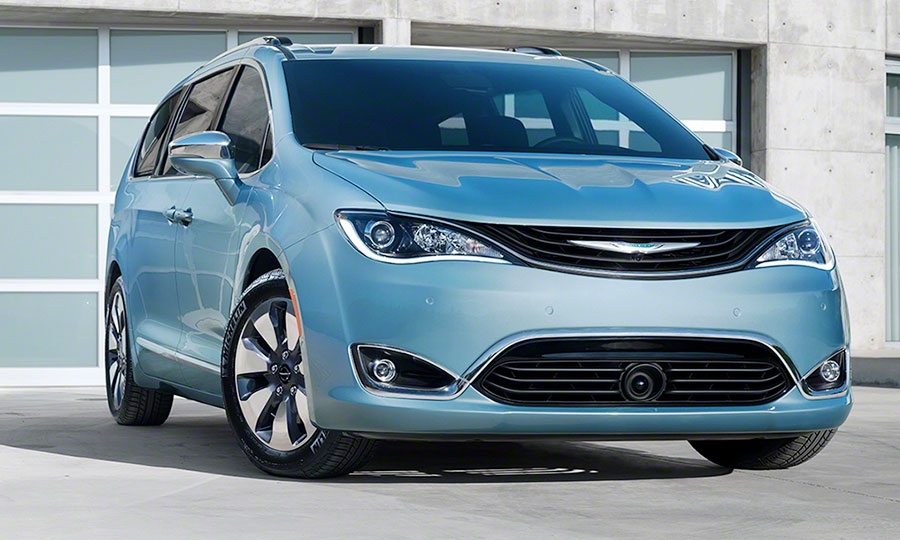 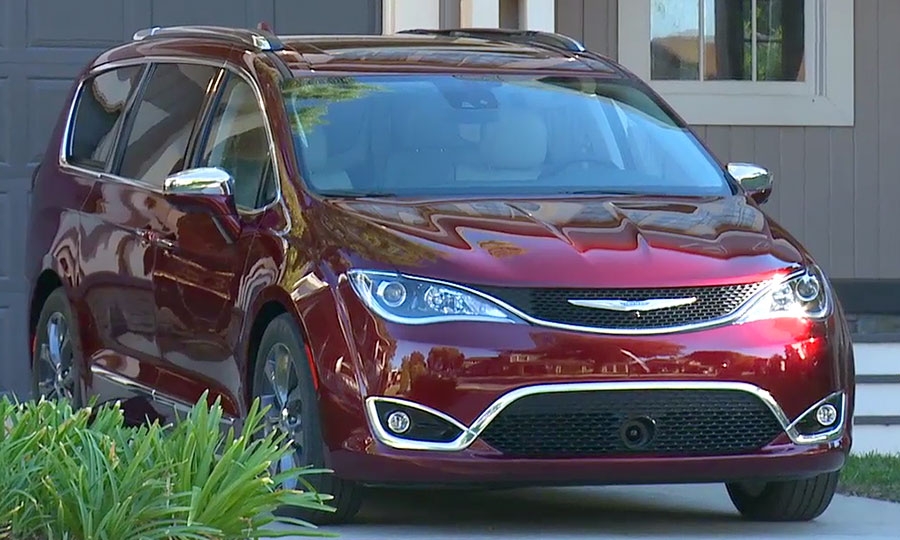 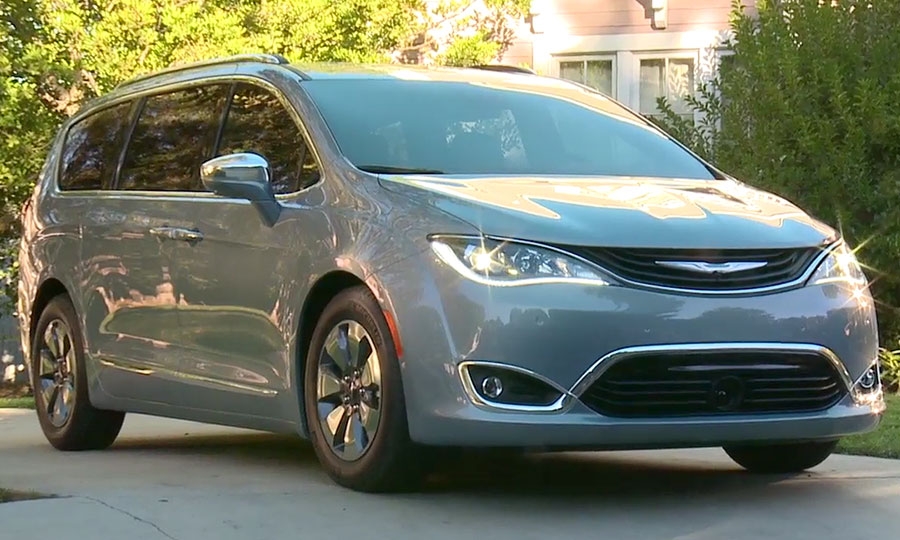 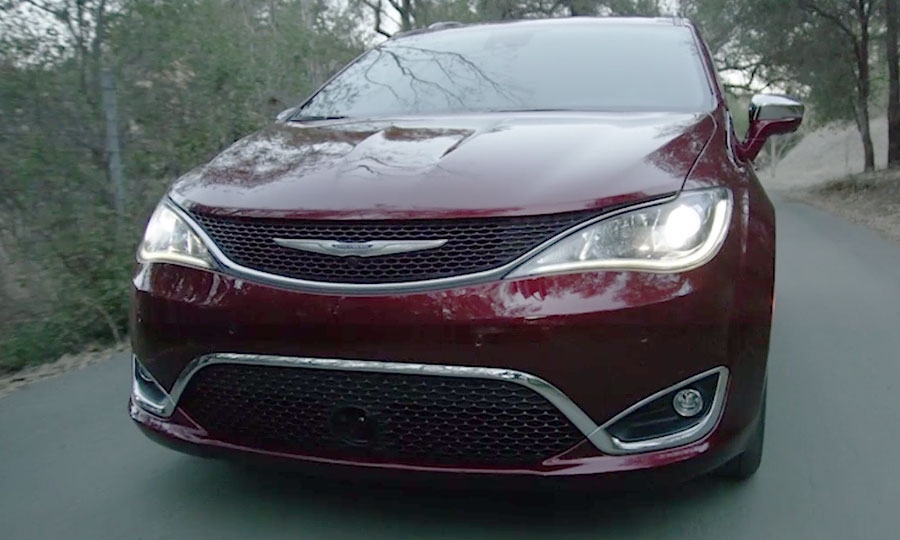 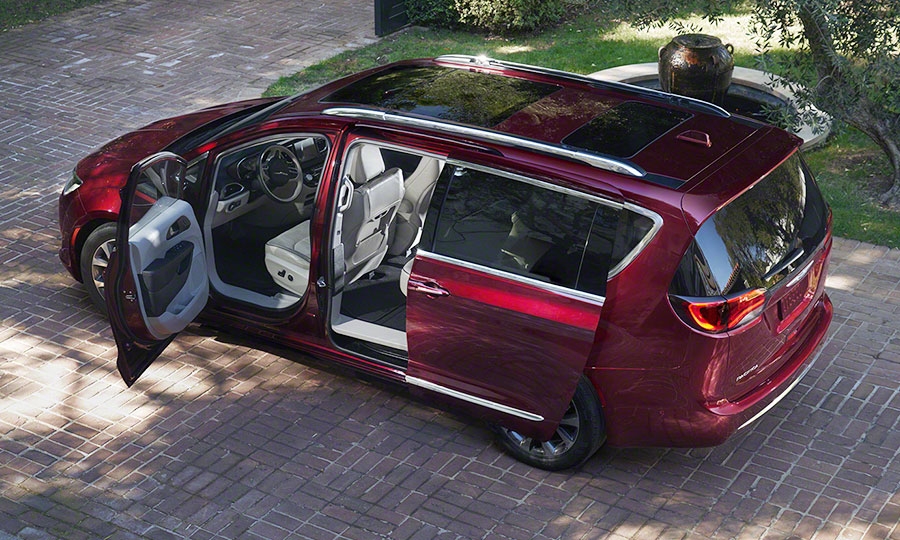 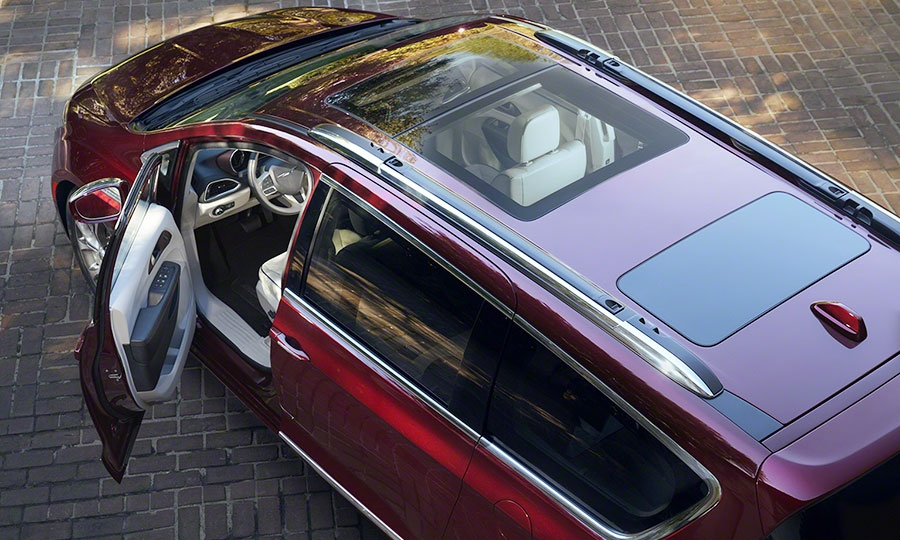 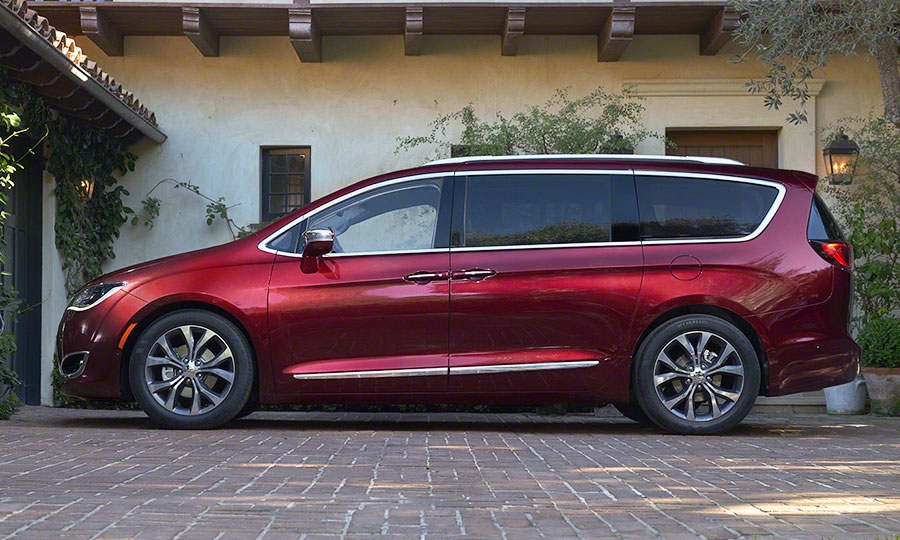 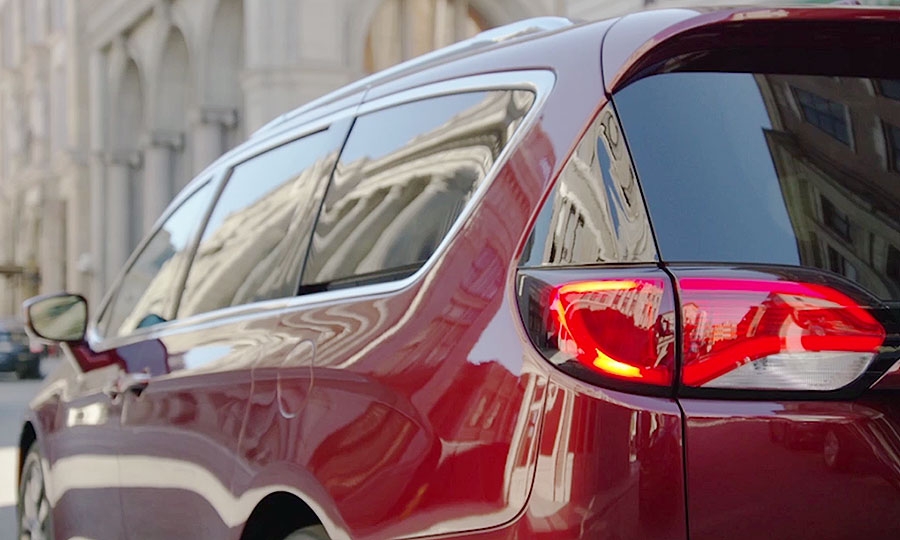 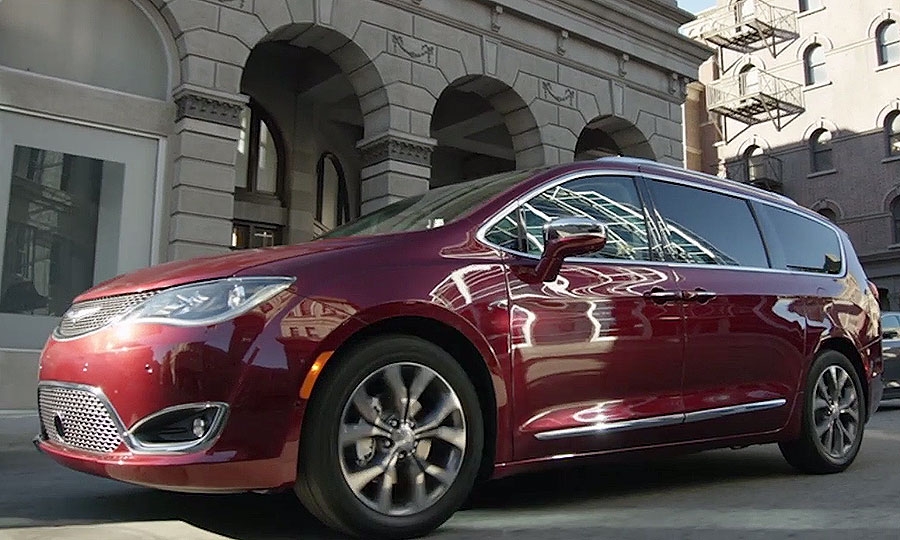 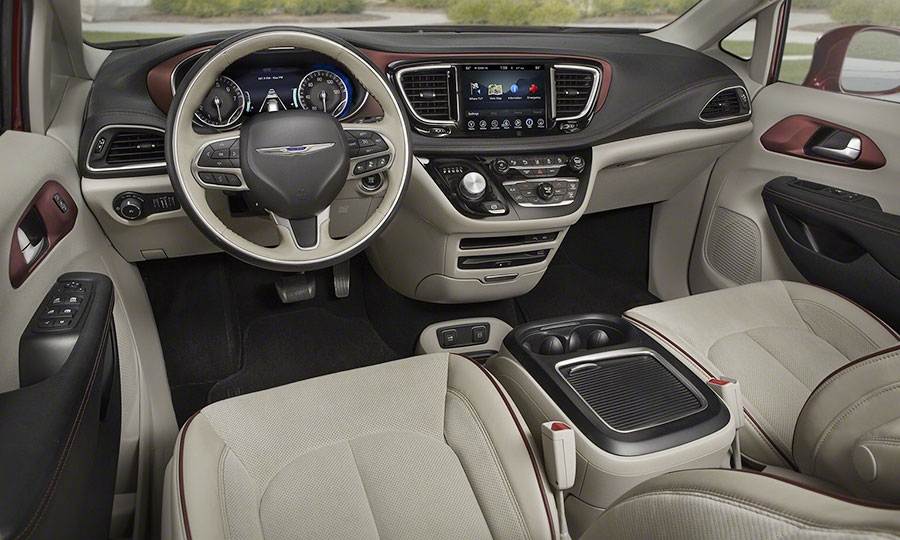 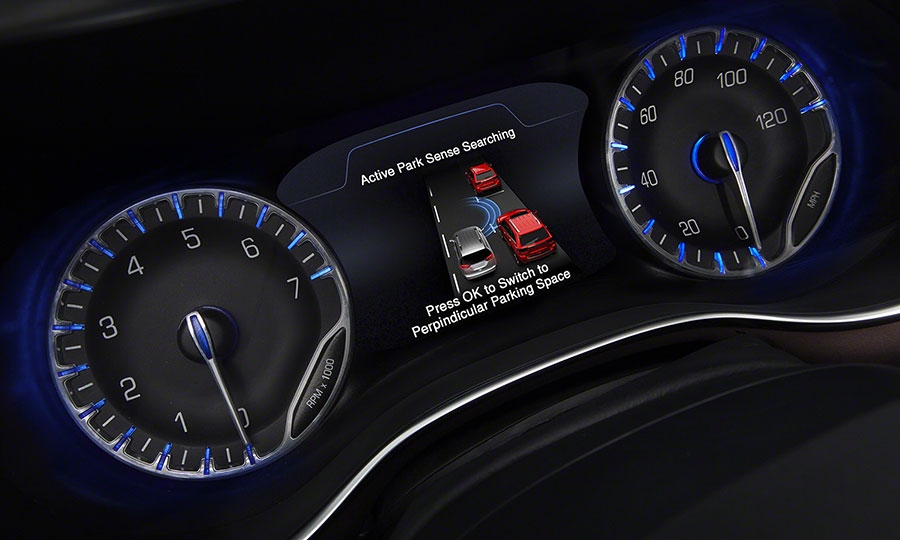 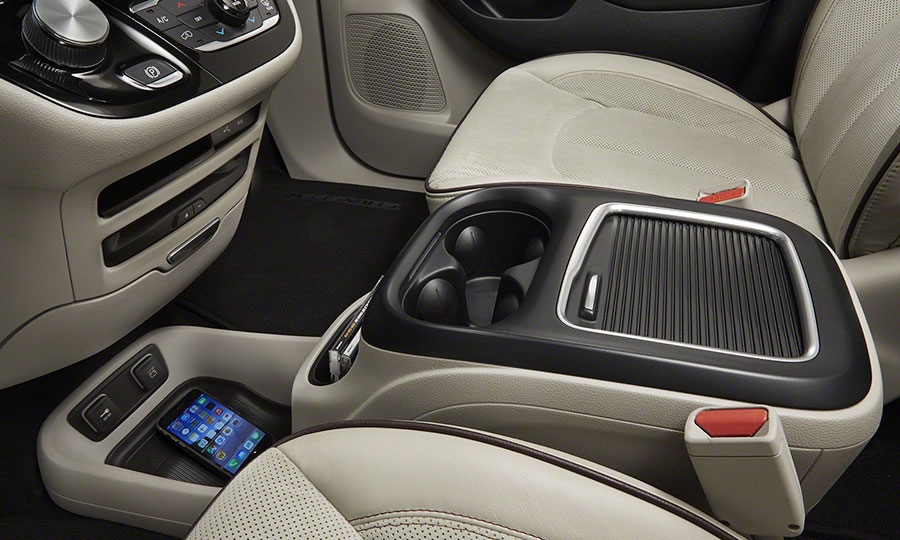 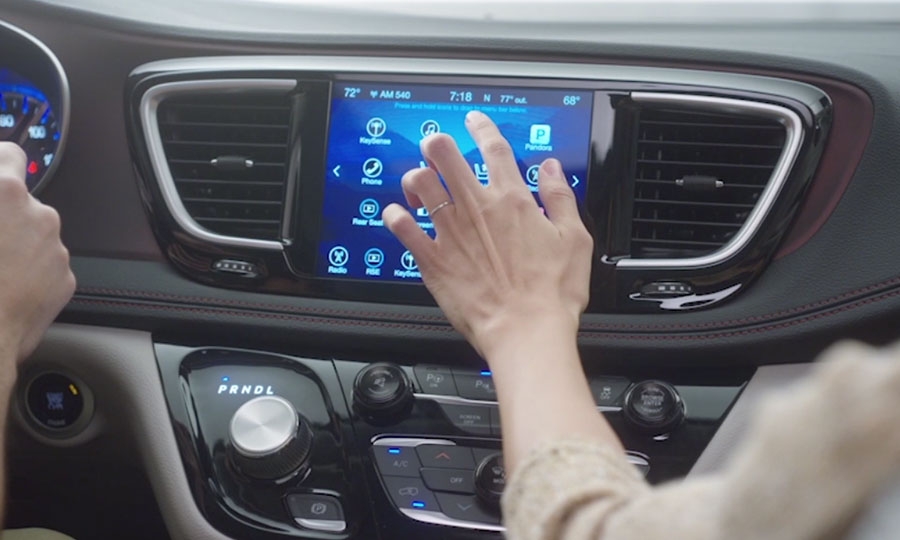 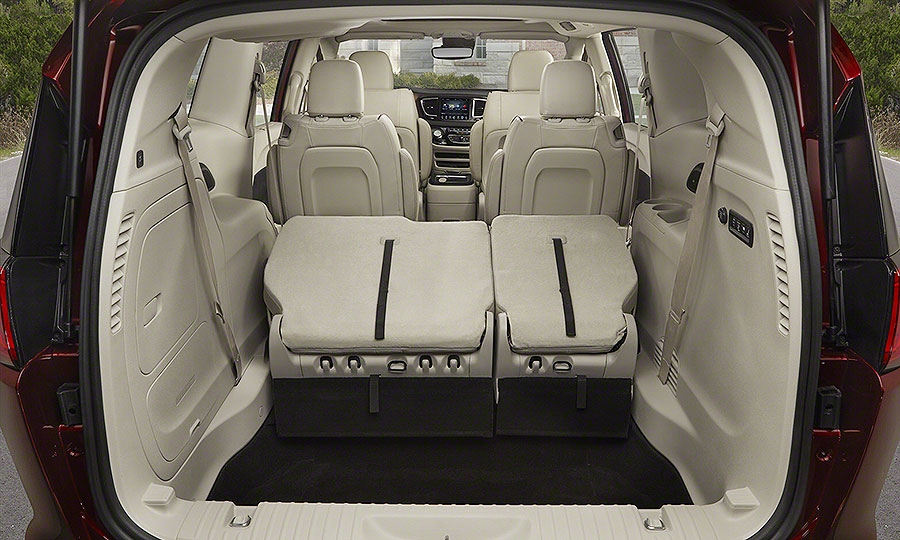 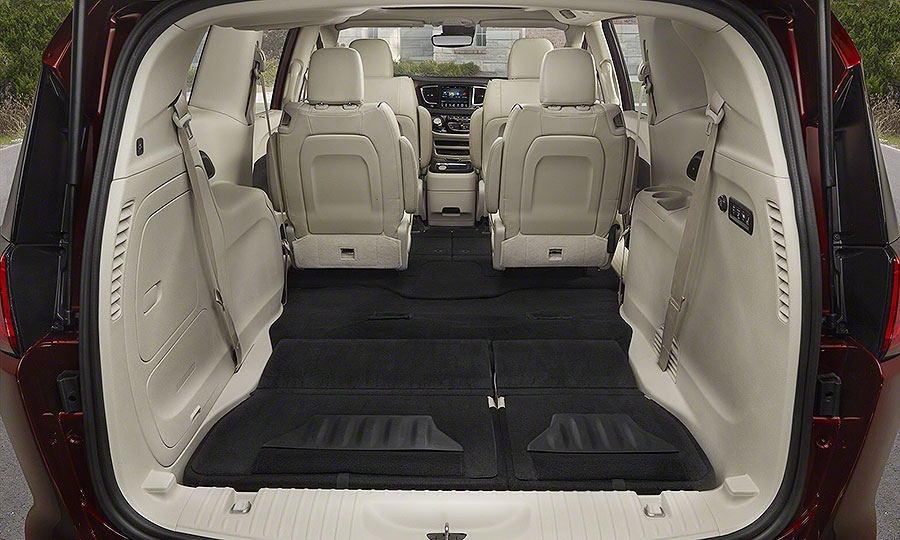 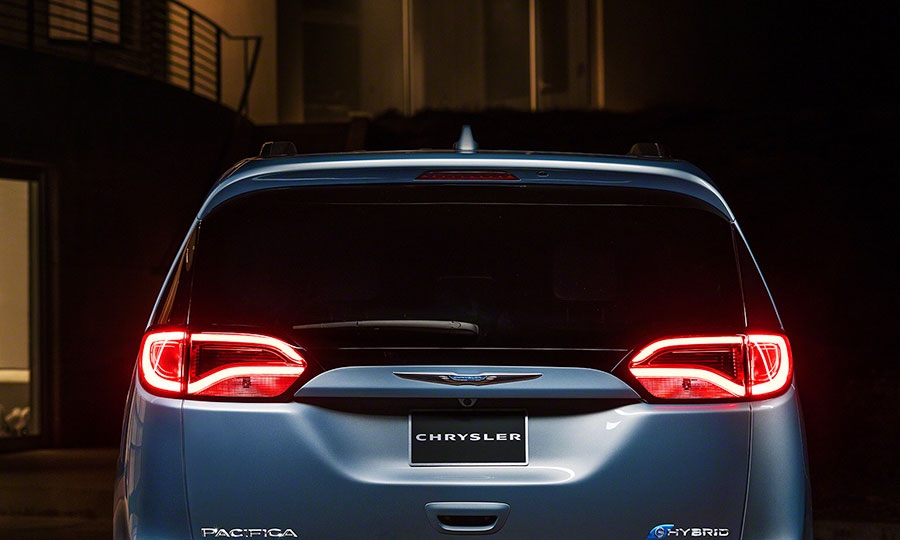 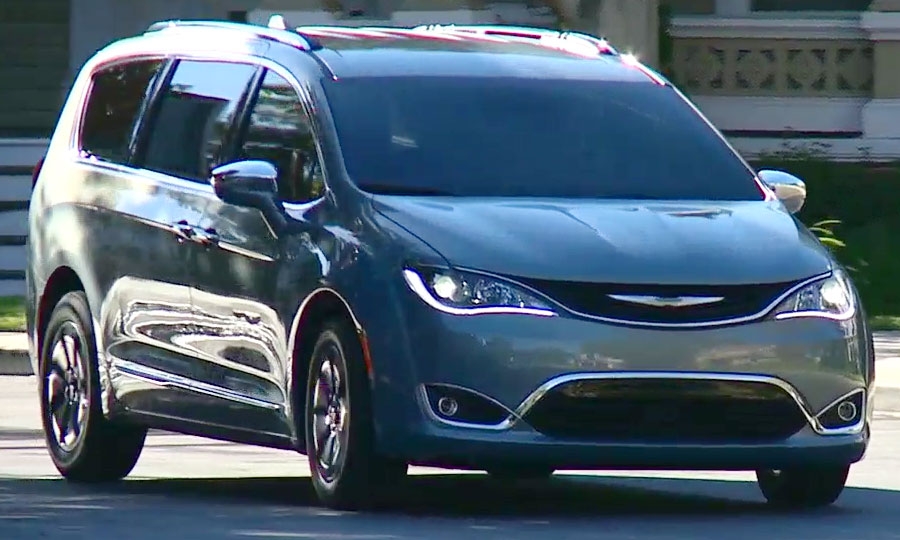 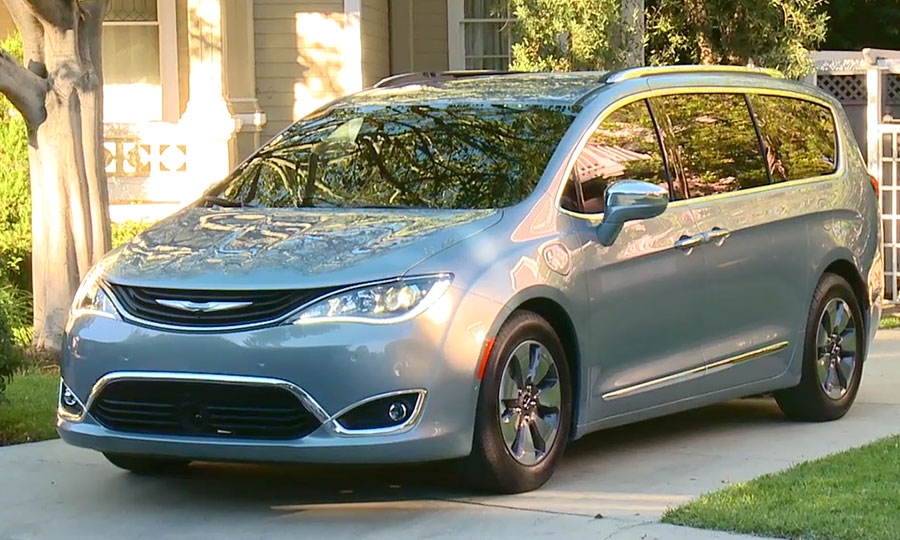 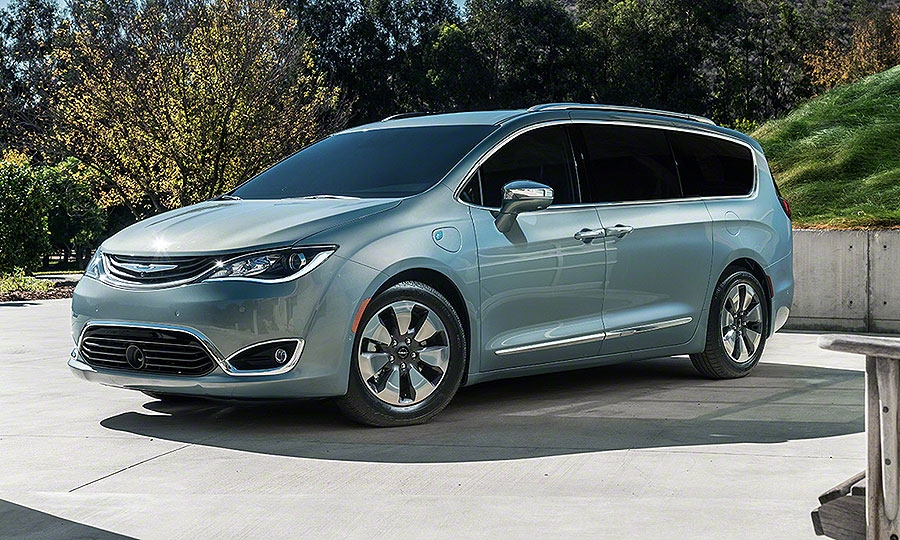 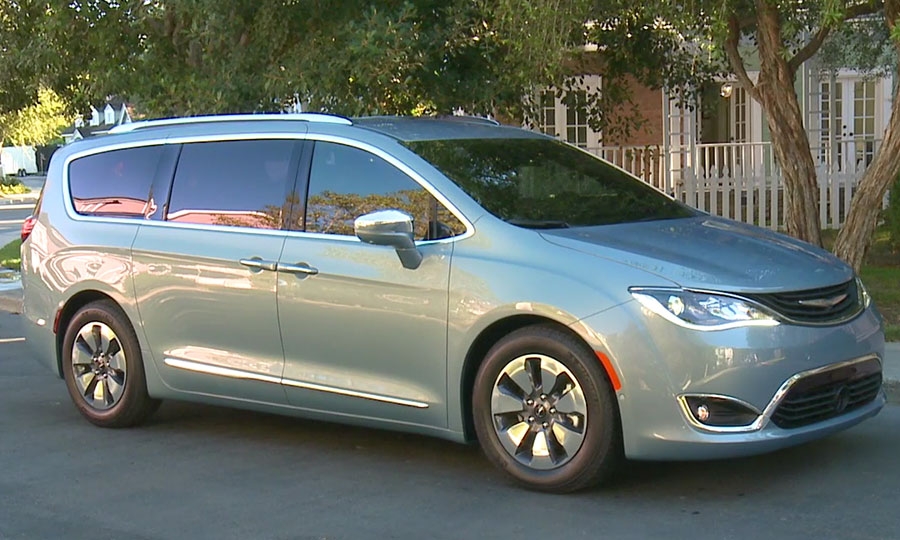 Chrysler's new minivan is lighter and has more horsepower than the one it replaces.

DETROIT -- Thirty-two years after Chrysler shook up the industry and saved its own skin by creating the garageable van, the company is aiming to convert its original minivan passengers -- all those second- and third-row rug rats from back in the day -- into minivan buyers.

Given how much the one-box people mover has fallen out of fashion that's pretty ambitious. So when redesigning the minivan this time around, Fiat Chrysler decided to rethink it, too.

The replacement for Chrysler's Town & Country debuted Monday at the Detroit auto show as the 2017 Chrysler Pacifica. And it looks more like a modern crossover than your mom's minivan.

FCA says the Pacifica has over 30 new features compared with the outgoing model. Here are some of the big ones.

- “Are We There Yet?” rear-seat navigation app

The new vehicle, which arrives in dealerships starting late this spring, carries the same name as a large crossover Chrysler sold -- with limited success -- from the 2004 through 2008 model years. And while it looks much different from the outgoing Town & Country, it is a minivan, and however uncool, a minivan is still unsurpassed when it comes to functionality.

"The minivan is still the best tool," said Kuniskis. "SUVs and crossovers are great at certain things, but they're not the best tool for the family that needs to efficiently move people and stuff. That's why [the minivan] still exists today."

The 2017 Pacifica rides on a new platform with a wider and longer wheelbase than the outgoing Town & Country. Its overall length, width and height aren't that different from the current minivan, but visually, the larger wheels and wider wheelbase give it a more squat appearance. Inside the cabin, however, designers were able to gain interior space. The Pacifica seats up to eight passengers across its three rows compared with the Town & Country's maximum seven.

The fascia mimics the 2015 Chrysler 200, with its winged logo floating in the center of the grille and chrome highlights near the lighting elements.

This year, Kuniskis said, FCA will begin building a plug-in hybrid version of the Pacifica capable of 30 miles of electric-only driving, along with a V-6 gasoline engine. The Pacifica hybrid is expected to achieve a fuel economy rating equivalent to 80 mpg.

The Pacifica adds interior space and features a dual-pane sunroof.

The Pacifica's new look was a purposeful departure from minivans of the past, said Ralph Gilles, FCA's global head of design.

"As a designer, what kept coming up was the image problem with the minivan," said Gilles, citing FCA's consumer research. "It was loud and clear: People are embarrassed to drive these things. I don't want people to see a stodgy old minivan. I don't want them to just see a solution, a product that solves the issue that I didn't even know I had."

At a meeting with journalists last month, Gilles mentioned a ribald joke he said he and other designers came up with to show just how much of a departure the Pacifica is from FCA's traditional minivan designs: "I think even single guys can get laid in this thing."

But it is still a minivan. The Pacifica still has sliding side doors and a liftgate in the rear, but now those doors can be controlled with a swipe of your foot. It also has optional wheels up to 20 inches, instead of the 17-inch maximum on the 2016 Town & Country.

Inside a richly appointed cabin, designers have reconfigured FCA's 8.4-inch touch-screen infotainment system. Instead of receding into the instrument panel as it does on other FCA vehicles, the screen sticks out -- reminiscent of a flat-screen TV on a living room wall.

The minivan's Stow 'n Go seating was also redesigned to collapse into the floor more easily and without the need to move the front-row seats all the way forward. The redesigned second-row seats also tilt forward, enabling passengers to access third-row seats without removing child seats in the second row.

Minivan sales have declined for several years as a percentage of overall U.S. volume. The segment peaked in 1995, accounting for 8.4 percent of sales. Last year, it was 2.9 percent.

Still, the segment has remained constant at about a half million for the last three years. While down significantly from its peaks, Kuniskis said, "so are the number of nameplates -- 15 vs. six."

"That means the sales/nameplate ratio is at an all-time high, of 95K units," he said, "and, when you consider there are really primarily three dominant players (FCA, Honda and Toyota) that adds up to 125K sales/nameplate. Since we currently have two of the top four sellers, that's very good business for us."

The key for the Pacifica, he said, is to replace consumers' memories of earlier minivans.

What people are saying about the Chrysler Pacifica