Design direction is in between the lines 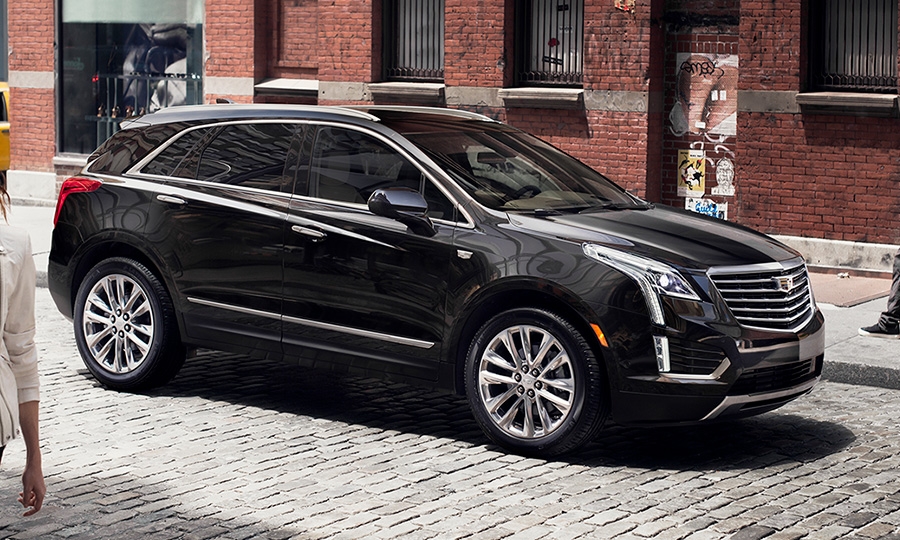 The XT5 rides on a wheelbase that's 2 inches longer than that of the SRX, with a 1-inch-wider track, creating more interior space and allowing designers to push the wheels further into the corners and reduce the front and rear overhangs.
Share 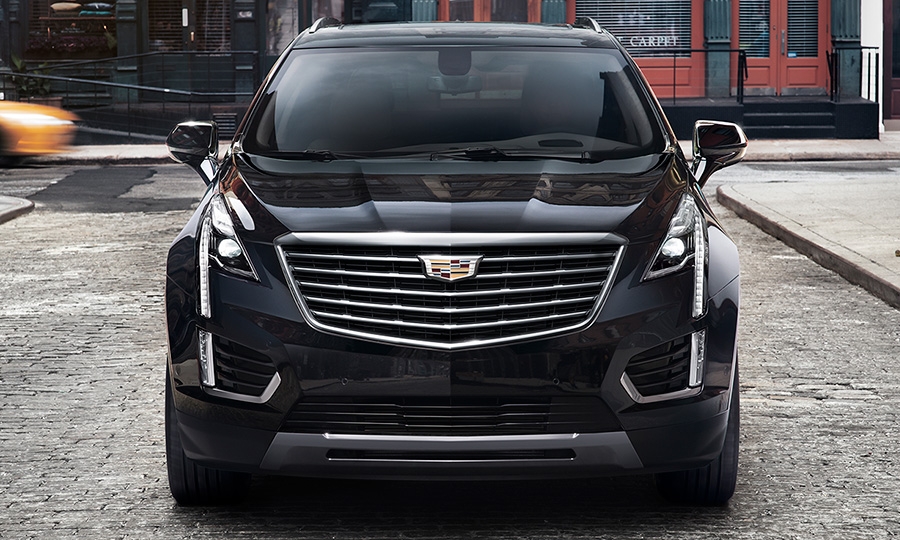 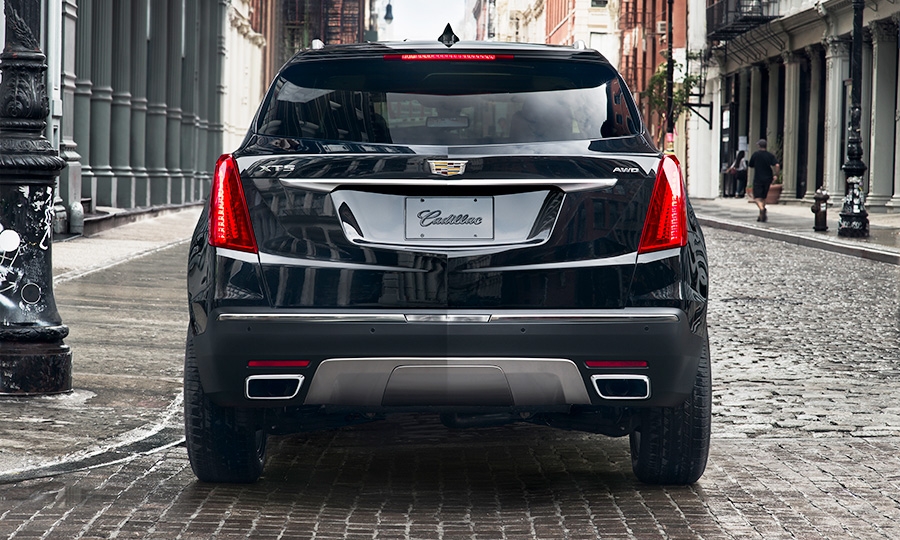 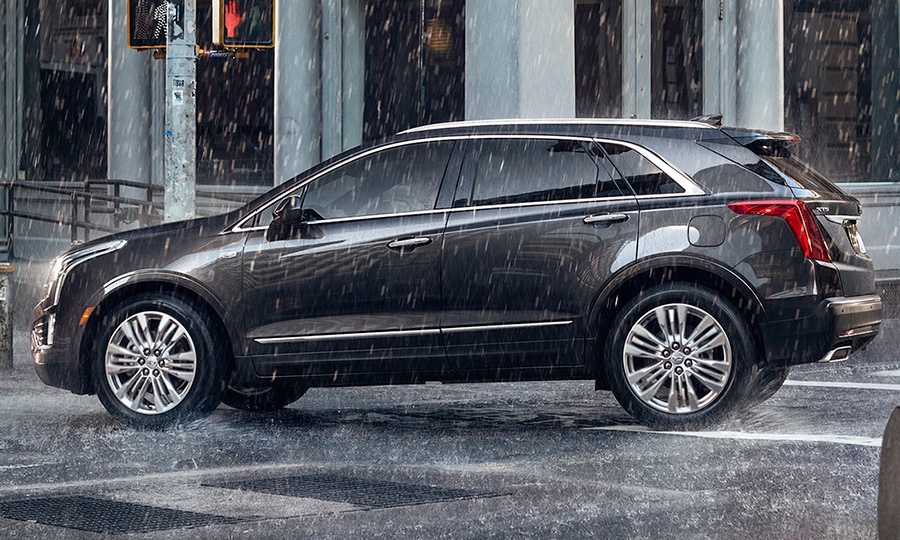 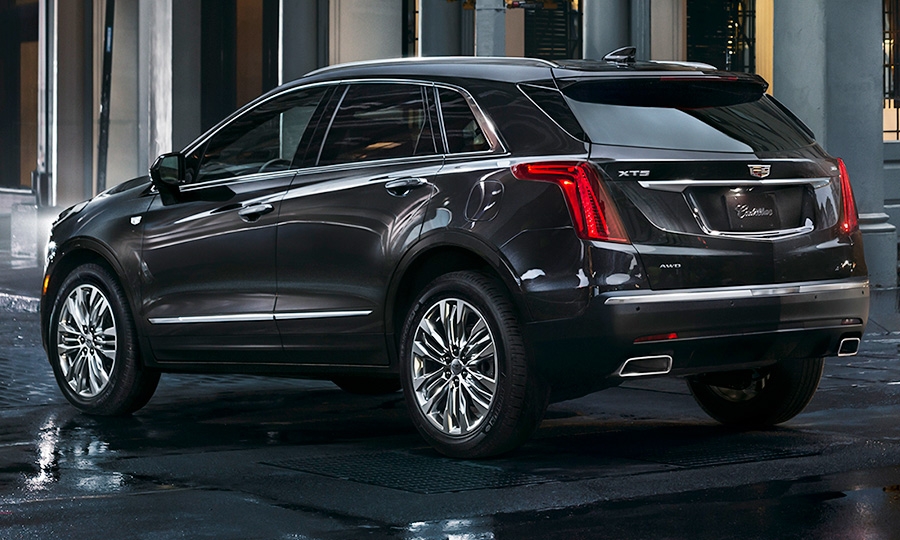 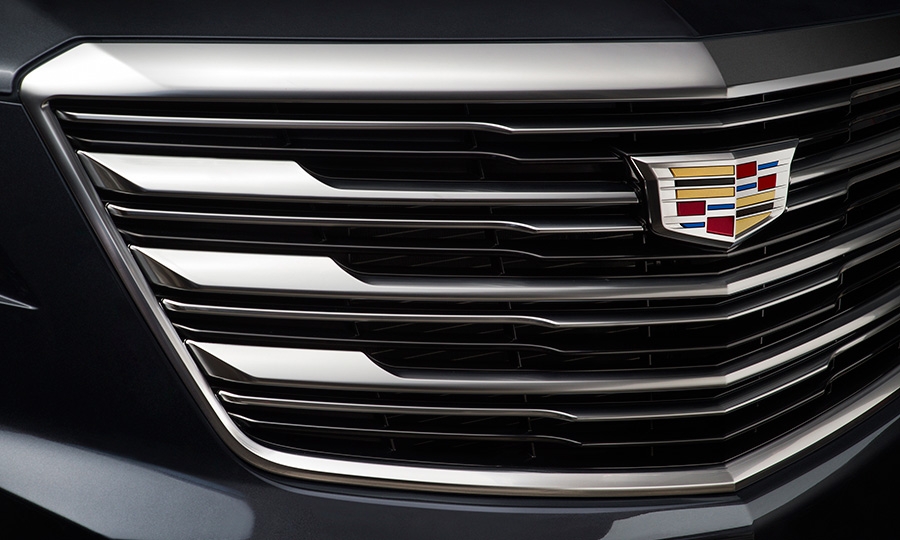 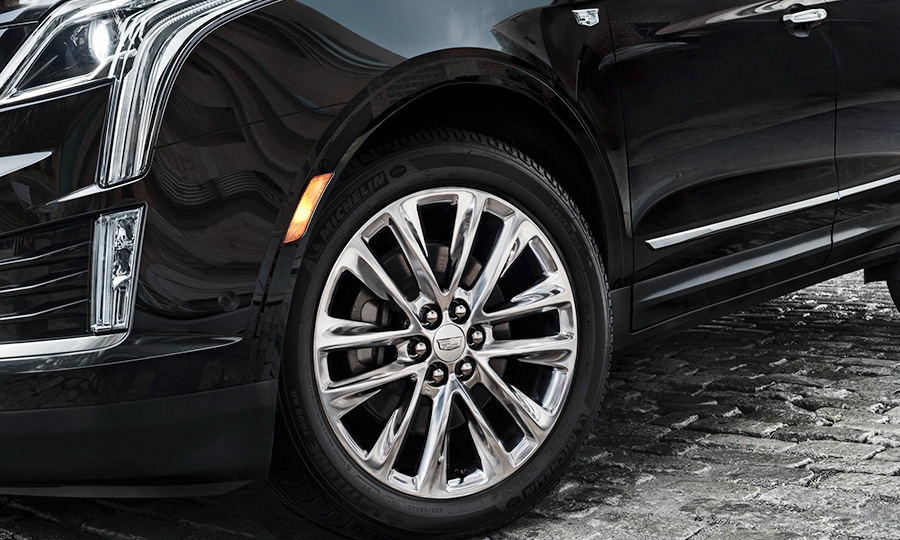 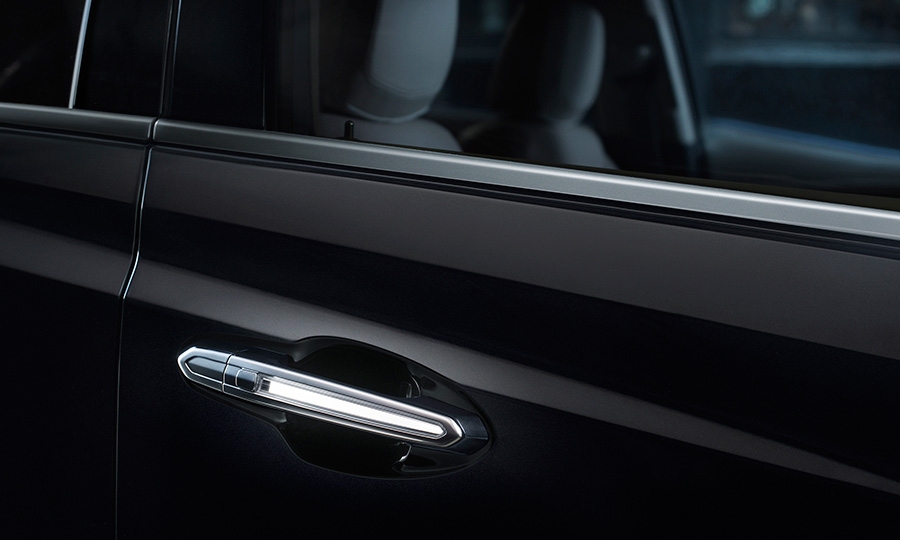 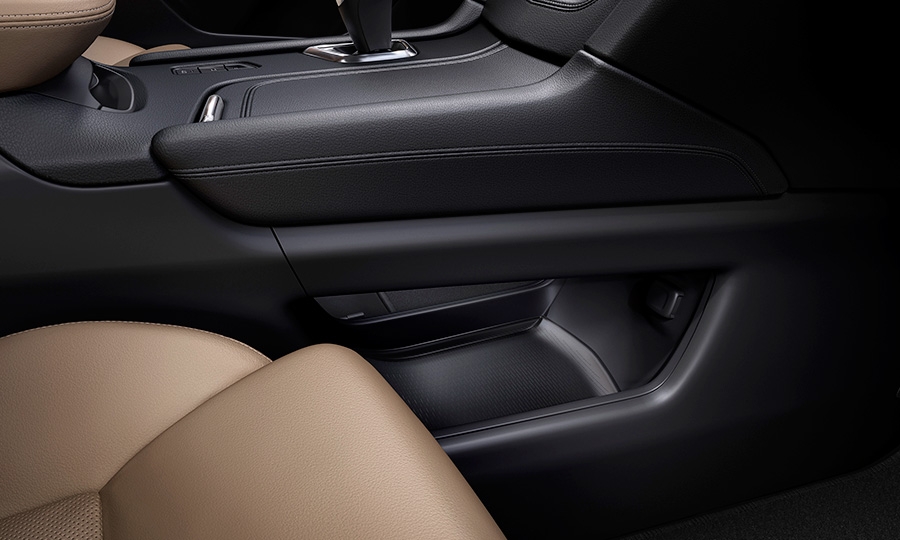 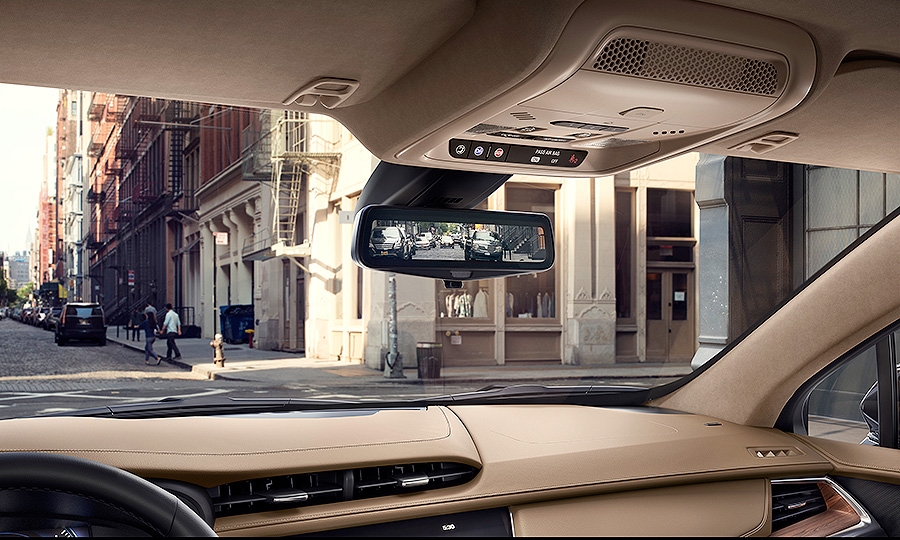 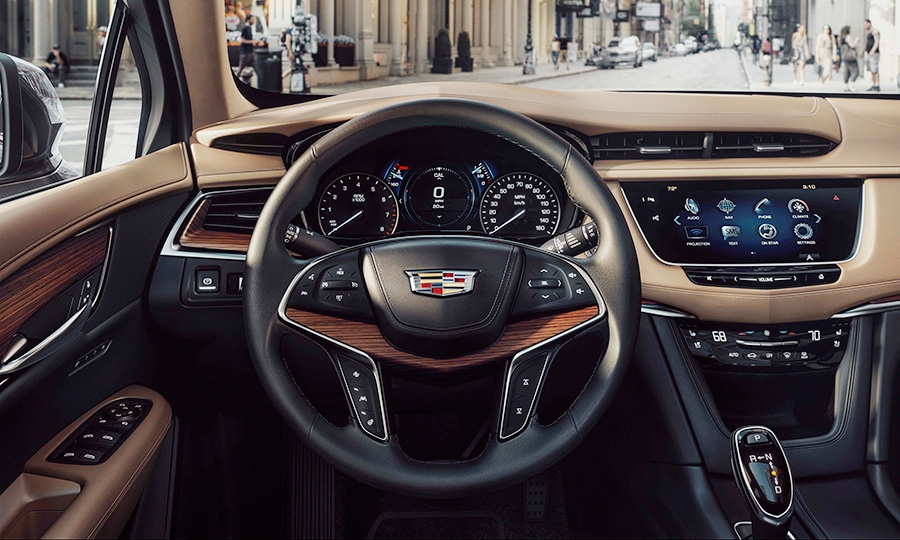 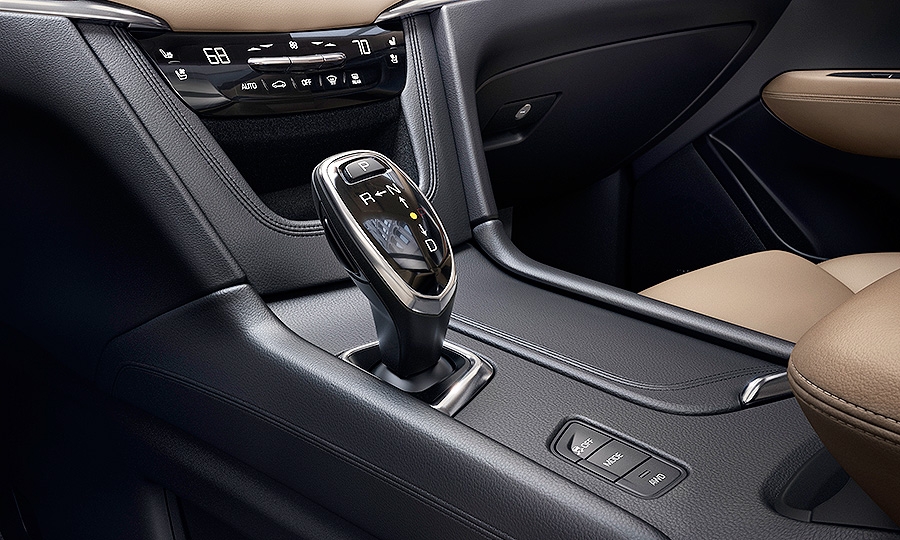 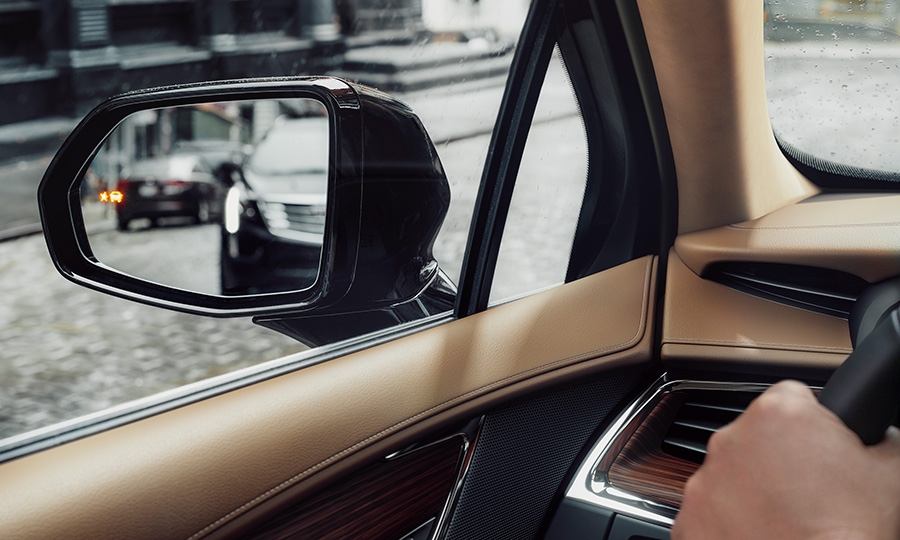 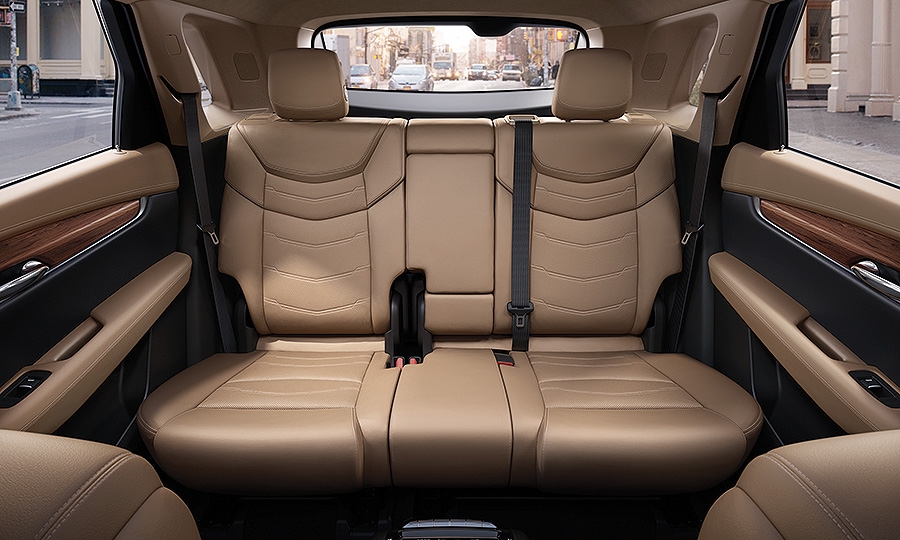 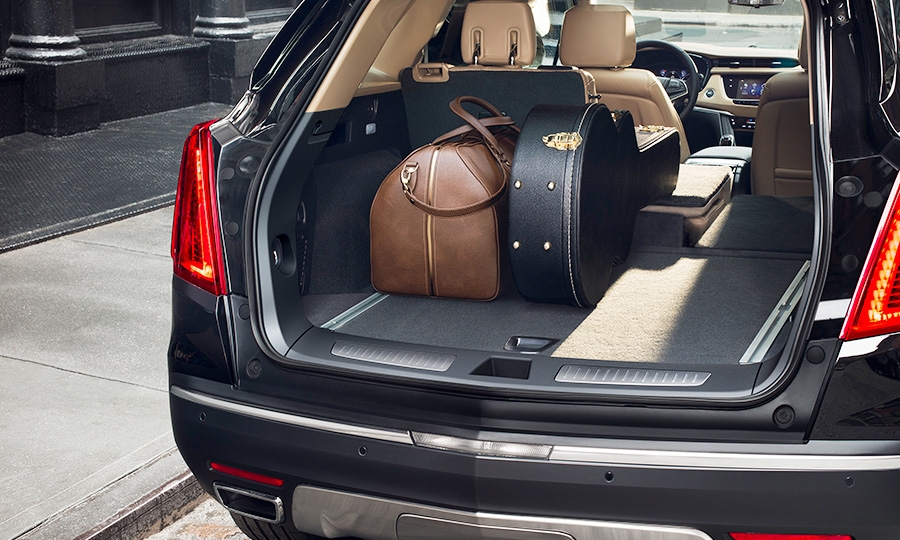 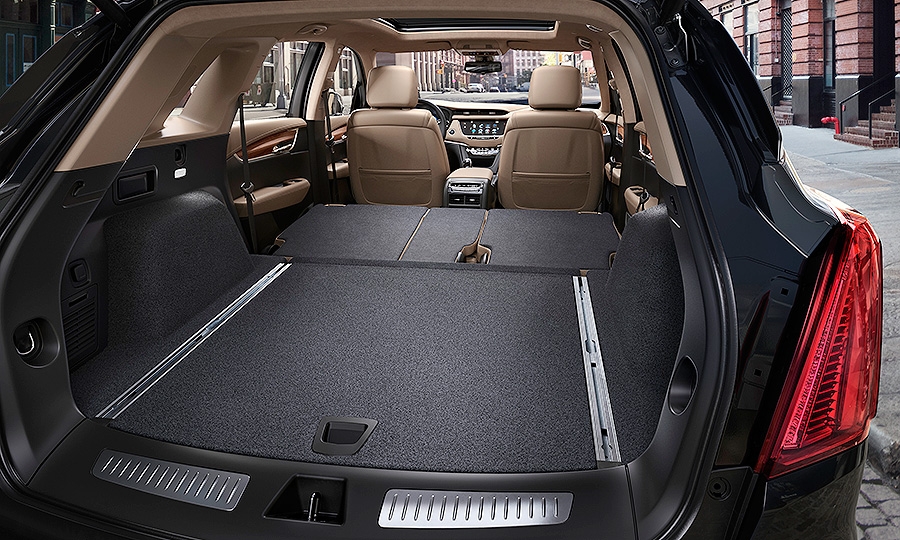 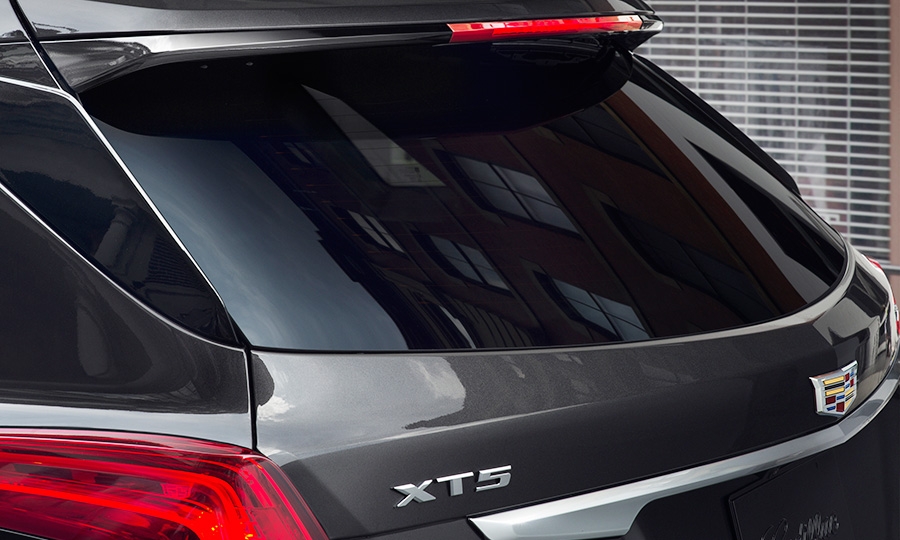 Seventeen years ago this month, Cadillac unveiled to the world a radical concept car to eradicate memories of a few decades of bland designs, one that General Motors' then-President Rick Wagoner described as "shocking in its boldness."

The crisp geometric lines and brash angles on the Evoq roadster shown at the 1999 Detroit auto show ushered in Cadillac's so-called art-and-science design language. That edgy theme carries on today in Cadillac's latest efforts, the XT5 crossover and CT6 luxury sedan, which go on sale in the spring.

But Cadillac's straight-from-the-press-release description of the Evoq back then -- "it appears to be computer-generated, rather than hand-sculpted" -- underscores just how far the theme has evolved over nearly two decades.

The 1999 Evoq concept. Cadillac designers readily would use the term hand-sculpted today to describe their creations, along with bespoke, subtle and elegant. Computer-generated? Not so much.

Today, Cadillac designers readily would use the term hand-sculpted to describe their creations, along with bespoke, subtle and elegant. Computer-generated? Not so much.

Sure, the sharp edges and creases remain, and the bladelike headlamps and taillamps have gotten even longer and more striking (one auto writer referred to them as lightsabers). But the lines have softened. And it's what goes on between the lines -- the sculpting and ripples and reflective surfacing -- that points to where Cadillac design is headed.

"It's gotten more artistic and less scientific," says Paul Snyder, a former Ford and Honda designer and chair of the Transportation Design Department at Detroit's College for Creative Studies. "The surfacing has gotten so much more sensual and less rigid, less machine billet."

That evolution was evident at a swanky party in Brooklyn last spring, where the CT6 was unveiled to throngs of fashion types and journalists. Cadillac global design boss Andrew Smith all but implored the crowd to focus not on sharp angles but on the nuance and "deceptive simplicity" of the big sedan's sheet metal.

"The overall exterior of the CT6 appears to be quite simple at first glance," Smith said. "But the more time you spend looking ... you will begin to understand and discover the sophistication of the surface detail."

Exterior design is a key ingredient in the revitalization plan hatched by Cadillac chief Johan de Nysschen and marketing head Uwe Ellinghaus. They want to out-performance the Germans, yes, but they also want the vehicles to sport distinctive skin so that Cadillac stands out as the choice for American luxury.

The look and scope of Cadillac's portfolio get outsized attention inside General Motors, where executives are counting on a resurgent luxury brand to drive profits in the coming decades. That's why eyebrows raised in September when Bloomberg reported there is a "running debate" on Cadillac's design direction between de Nysschen and GM's global product chief, Mark Reuss.

De Nysschen wants even more "sophistication" in future Cadillacs, the report said, while Reuss favors the edgy look to set the brand apart.

The outgoing Cadillac SRX has a boxier grille outline compared with the softer edges of the XT5 grille.

In October, CEO Mary Barra told Automotive News that the matter was "blown out of proportion." Cadillac designers say that sort of back-and-forth is a natural part of the creative process.

De Nysschen said in a November interview that he and Reuss "get on like a house on fire" and that they are "fully aligned" on the look of future Cadillacs.

"If there's a disagreement, then there would be an escalation. We both have bosses," de Nysschen said. "It's never been necessary."

Edgy design is inherently polarizing. In a review of the ATS-V performance coupe last year, critic Dan Neil of The Wall Street Journal wrote glowingly of its chops on the track but complained that the car looked like "a Chinese box kite."

The conventional wisdom in industry circles is that Cadillac has toned down the art-and-science theme to appeal more to the tastes of consumers in China, where the brand is counting on huge growth to hit 500,000 global vehicle sales by 2020. The softer, more rounded edges on the grille of the forthcoming XT5, for example, are in stark contrast to the boxy grille outline on the outgoing SRX.

Smith, the Australian who was put in charge of Cadillac design in September 2013, isn't buying that theory. He says trends go global so quickly in today's interconnected world that no one market has outsized influence.

"It's our job to look at what trends will sustain and where they will go next," Smith said in an interview last year. He said those lightsaber headlights (he cops to being a big Star Wars fan) will remain but become more integrated into the front end.

A decade ago, there was some consternation over whether Cadillac's brash style would go over in China, GM designer Bryan Nesbitt acknowledges. Nesbitt returned to Detroit in June to take over global design for Buick after four years as head designer for GM across many Asian markets, including China.

Nesbitt says any anxiety about the acceptance of the art-and-science theme "fell by the wayside" once the SRX became a big hit there, starting about four years ago. Now, he believes Cadillac's look helps the vehicles stand out in a "visually crowded marketplace."

"We go to clinic all the time, and people just can't tell the cars apart," Nesbitt said in a November interview. "Maintaining Cadillac's brand identity and a distinctiveness has a lot of value."

The world will have to wait a while to see where the design arc leads. Once the CT6 and XT5 launch, it will be about two years before a slew of new entries arrive.

Bob Boniface, Cadillac's longtime exterior design director, says the direction already is visible in the CT6 and other new entries. It's less about design cues, he says, and more about proportion and stance. They sport lower beltlines, wider tracks, more glass, thinner pillars -- all elements to convey lightweight performance, to sell the consumer on the notion that Cadillac no longer makes floaty boats.

"There's still this misperception in the public's eye that Cadillacs are these big, heavy cars that your grandparents used to drive," Boniface said in a November interview. "We haven't built those cars in generations. But you almost have to overachieve in the messaging."

Don't expect any big diversion. De Nysschen describes the changes in the future crop of models as "an evolution, not a revolution."

"There will be a softening of some of the hard edges. And perhaps the cars will become a little bit more sensual and athletic," he said. "But we're not going to try to emulate the European view of the world. We're proud of who we are."