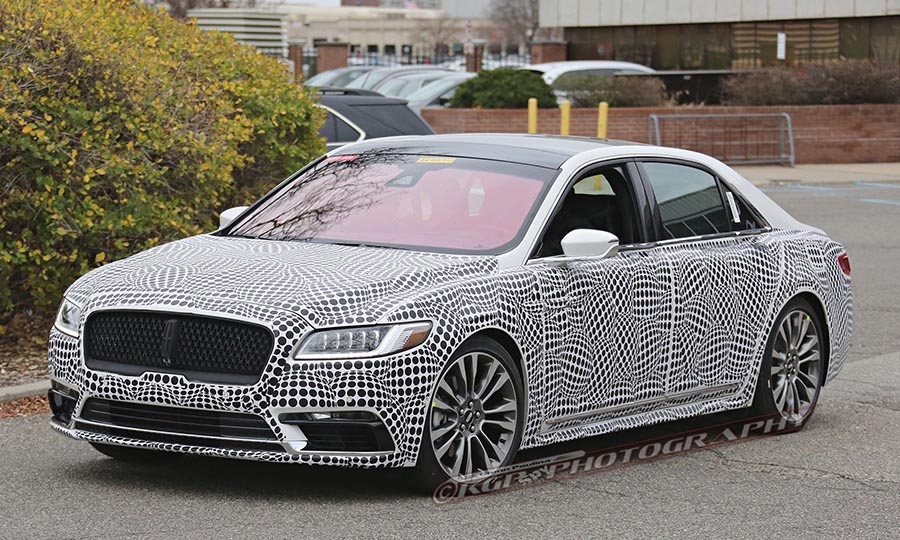 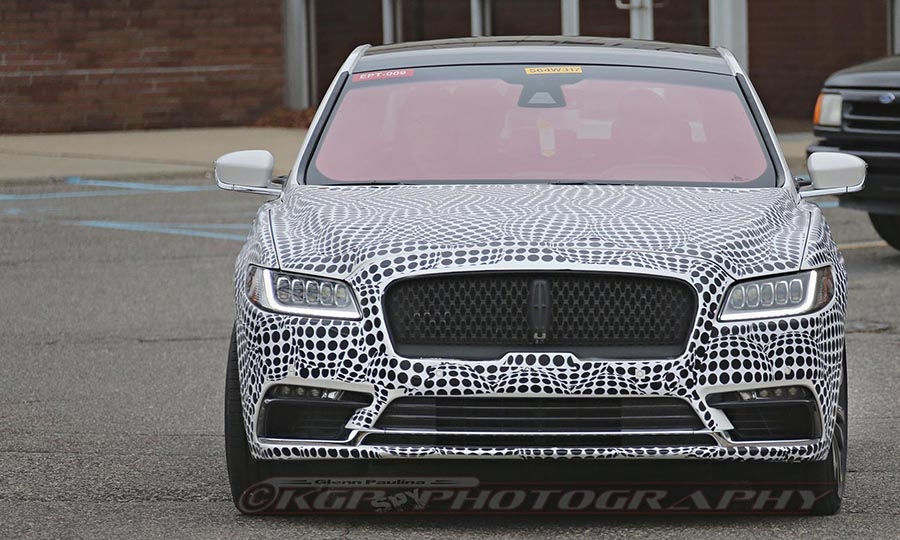 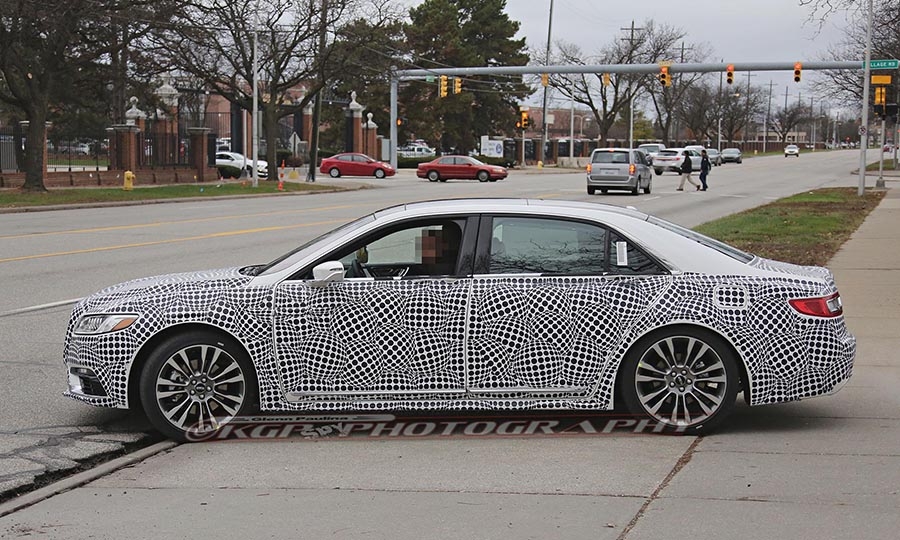 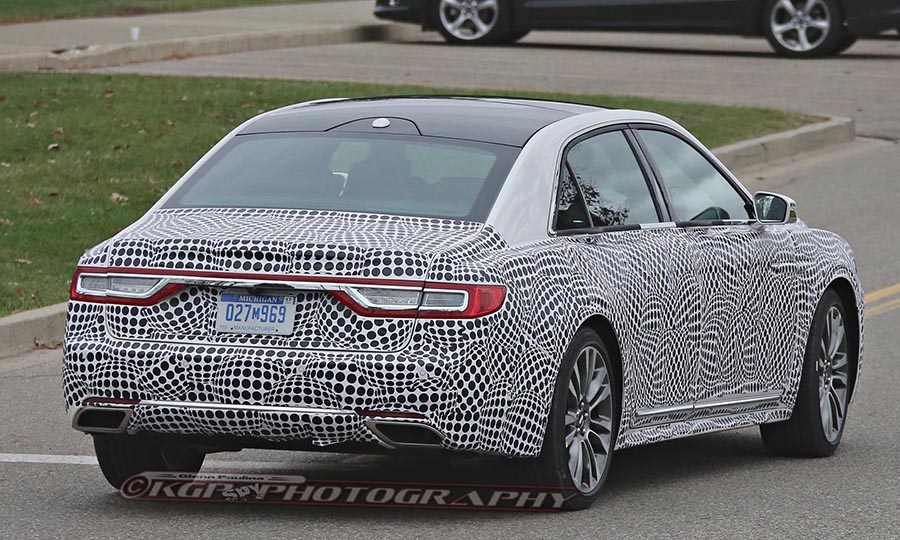 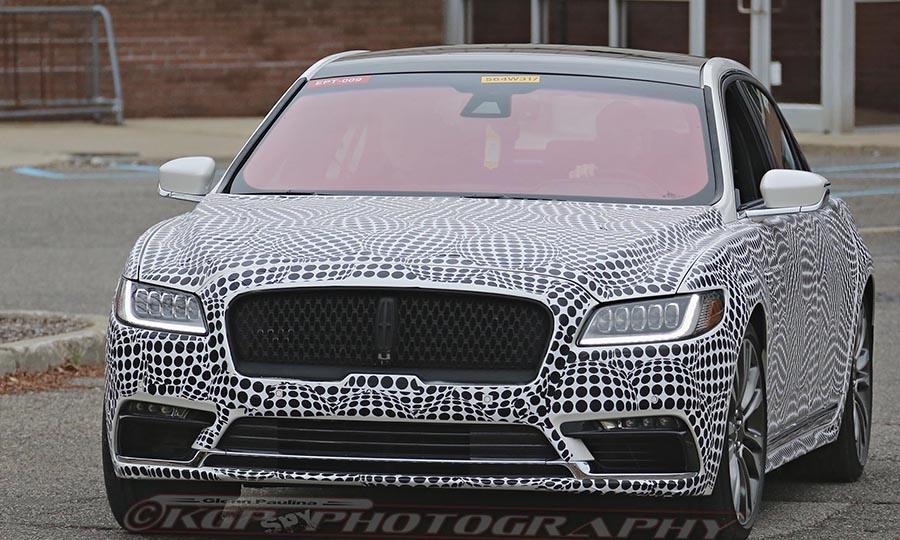 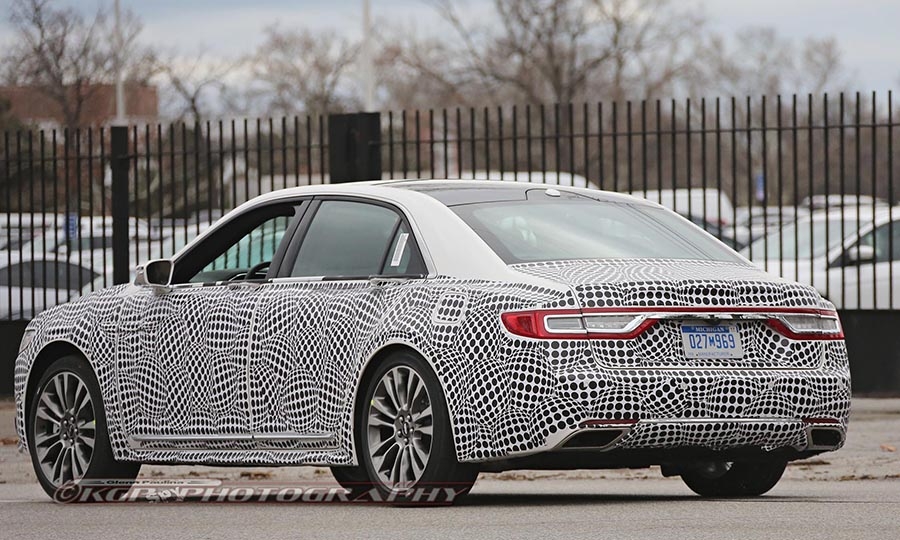 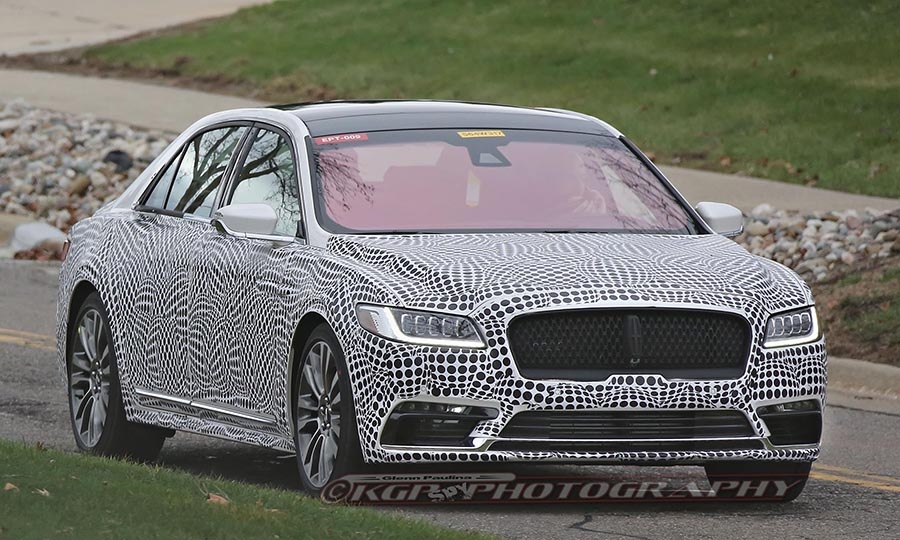 The 2017 Lincoln Continental, introduced as a concept car at the New York auto show in April, is expected to be unveiled in production form at the Detroit auto show next month.
Share 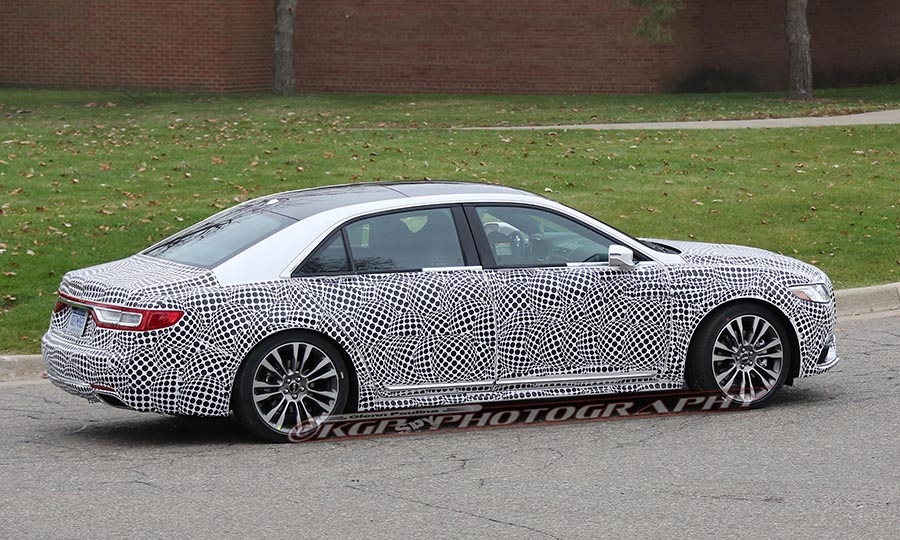 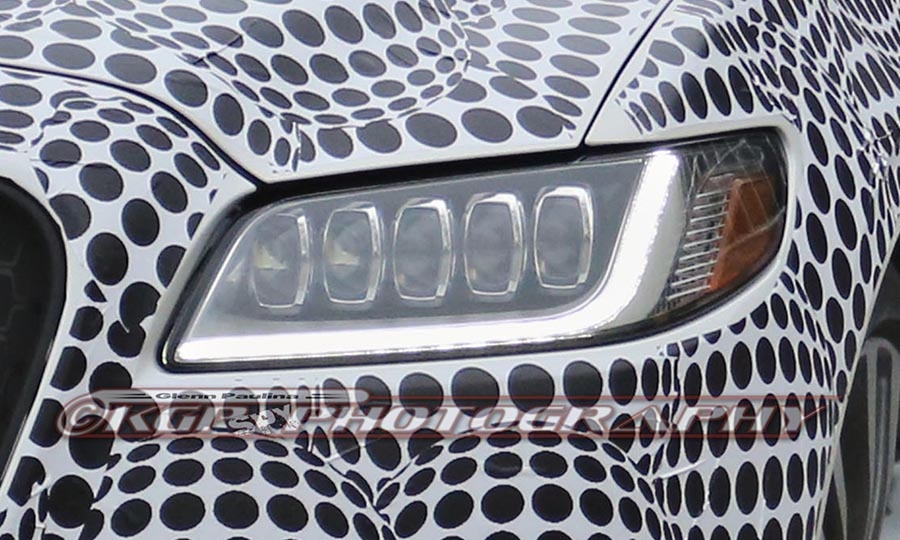 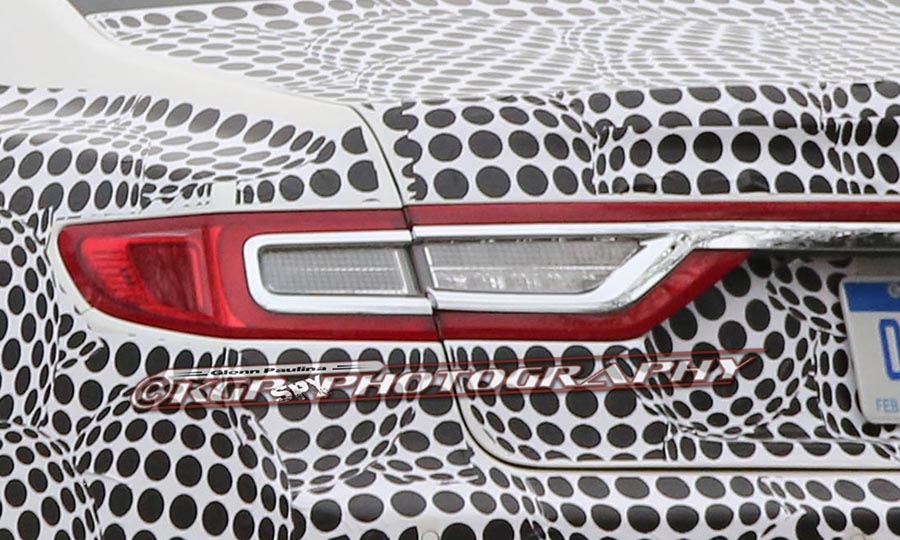 The clearest pictures yet of the 2017 Lincoln Continental emerged this week as a spy photographer caught a test mule leaving Ford Motor Co.’s product development center in Dearborn, Mich.

While the car has a conventional sedan shape, it appears Ford has invested heavily in the jewelry. The headlamps for instance, have five chrome-trimmed elements housed behind a plastic cover. Those oblong elements are vaguely reminiscent of the Lincoln compass logo.

The bottom section of the light assembly features a hockey-stick-shaped band of LEDs. The lights give the Continental a distinctive appearance.

The thin, full-width taillights continue the design theme that is used on the MKC utility vehicle and MKZ sedan. The reverse lights are trimmed in chrome for a more upscale look. The entire red section of the lights that stretches across the trunk lid has the same basic shape as those used on the Dodge Durango SUV.

The car in the photos appears to have a retractable full-length sunroof similar to the one used on the MKZ.

Rear ingress and egress should be easy due to the large doors, a requirement for the Chinese market.

The Lincoln Continental, introduced as a concept car at the New York auto show in April, is expected to be unveiled in production form at the Detroit auto show next month.