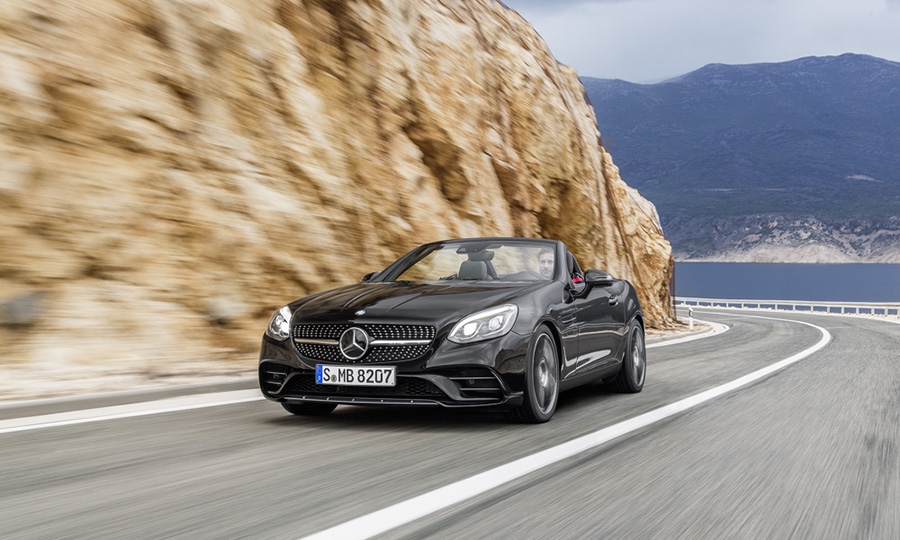 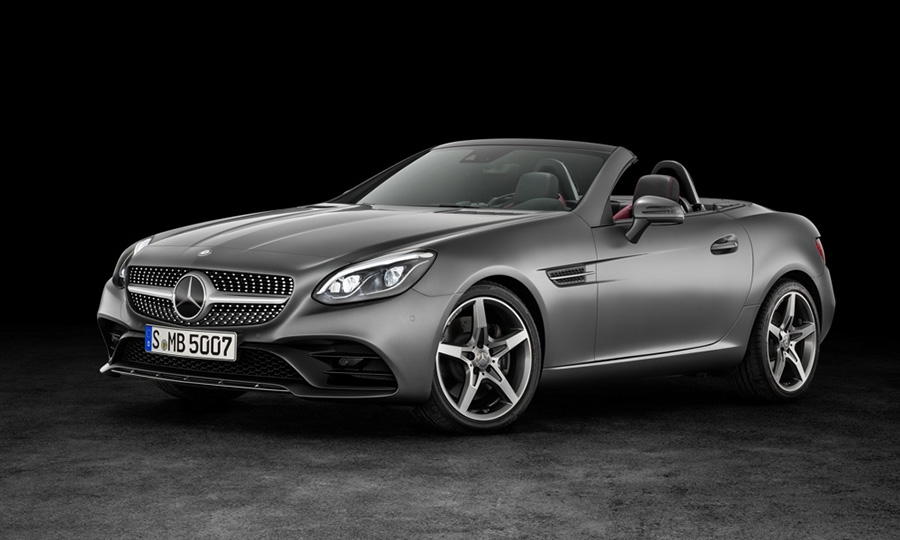 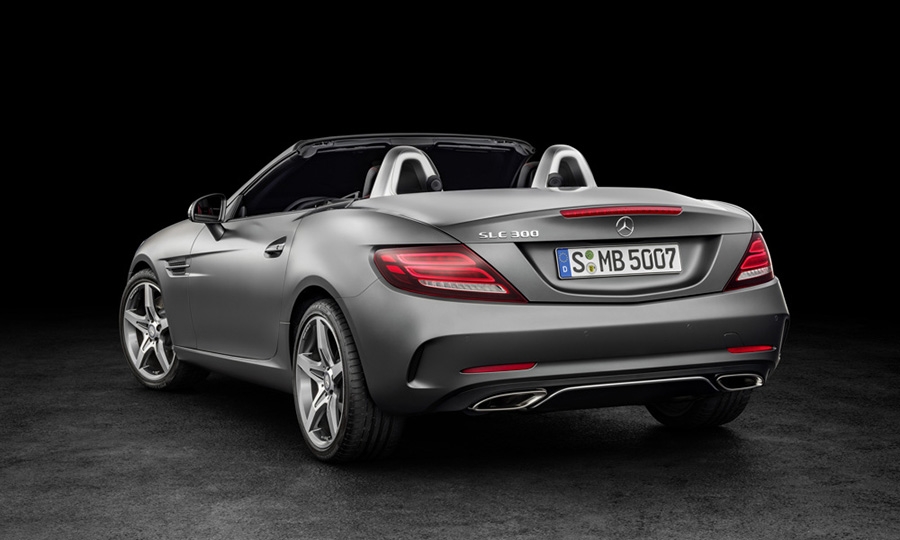 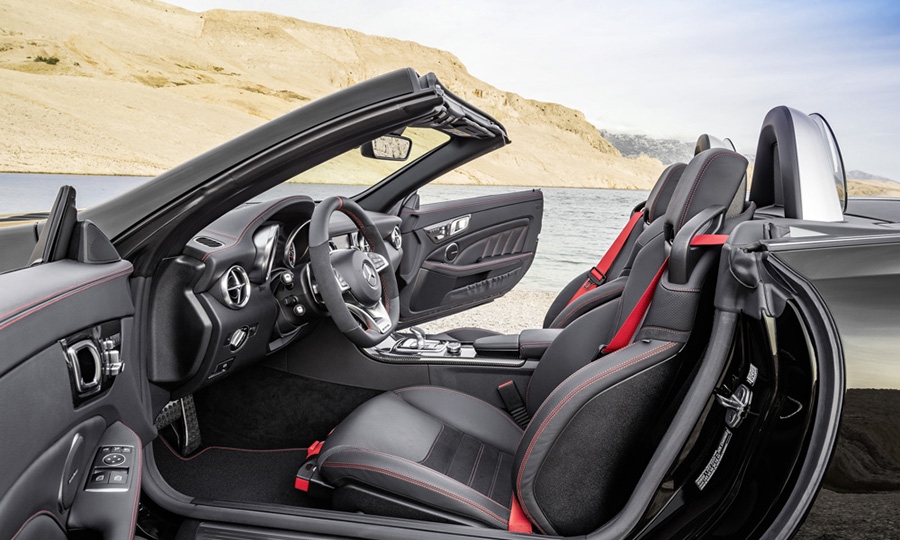 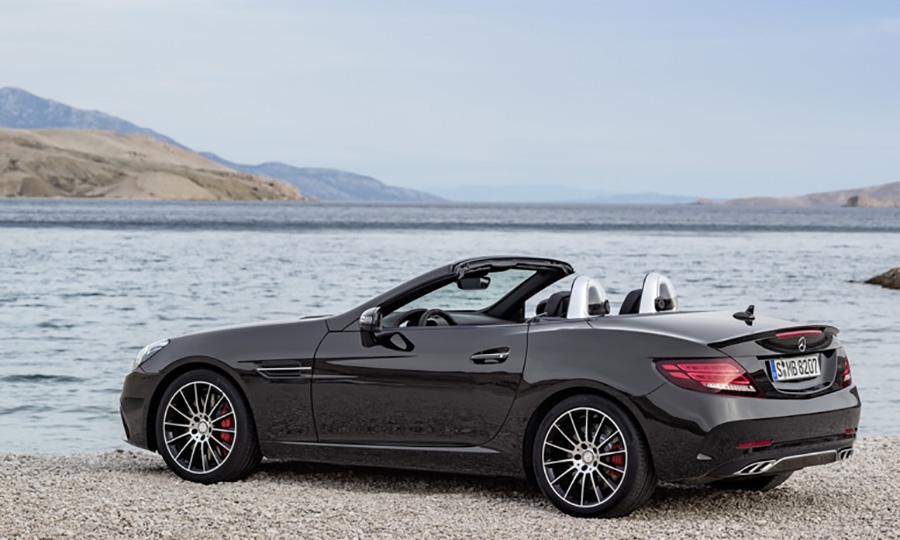 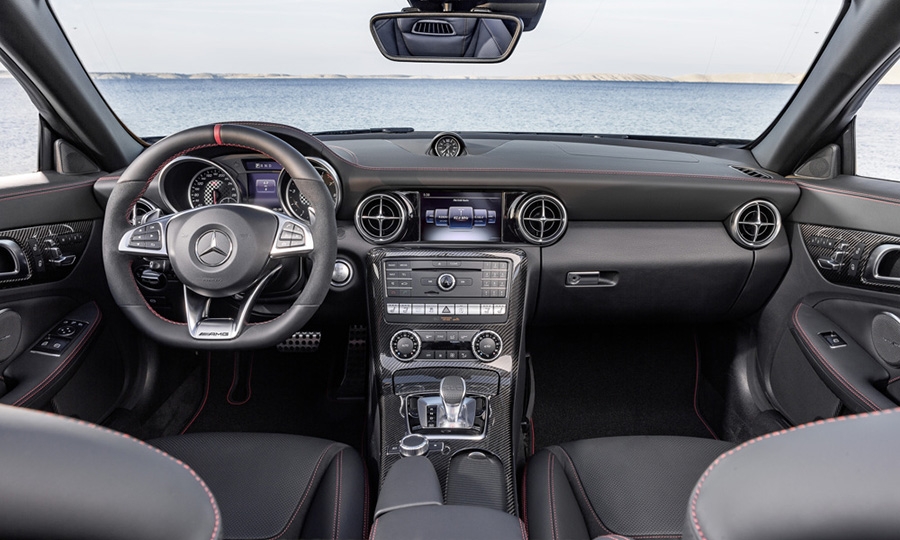 The 2017 Mercedes-Benz SLC, a renamed and freshened SLK roadster, features a sportier front end marked by a “diamond” radiator grille and a tweaked interior, among other changes.

The SLC will make its debut at the Detroit auto show in January, the German luxury brand said late Tuesday.

“The renamed compact roadster remains an ideal combination of passion and common sense, appealing to both the heart and mind,” said Ola Kaellenius, a member of Daimler AG’s management board, in a statement.

The most striking changes appear on the SLC’s front end, which evokes the freshened 2017 SL roadster.

It features a revamped lower grille, more aerodynamic LED headlights and a radiator grille that Mercedes said extends the appearance of the car’s hood. Mercedes calls the grille a “diamond grille,” of which similar designs appear on the SL, S-class coupe and A-class compact car.

The SLC’s still features the brand’s star logo in a prominent role, as do other recently retouched vehicles.

Changes in the interior include new aluminum trim parts, a redesigned instrument cluster, a larger display screen (7 inches, up from the 5.8-inch screen in the 2016 SLK) and, most notably, a new steering wheel with “perforation in the grip area,” Mercedes said.

Active Brake Assist, which automatically slows the vehicle if it is determined a collision is imminent, will come standard on the SLC for the first time.

The SLC will launch in the spring, Mercedes said. Pricing will be released later.

U.S. sales of the SLK and similar compact roadsters have declined this year. Mercedes-Benz sold 3,892 of the roadsters through November, a drop of 11 percent from the same point in 2014.

That’s compared with a 23 percent U.S. sales decline over the same period for the Porsche Boxster, one of the SLK’s main competitors, to 2,887 vehicles. Sales of the BMW Z4 have dropped 21 percent to 1,576 vehicles, while Audi TT deliveries have fallen 19 percent to 929.