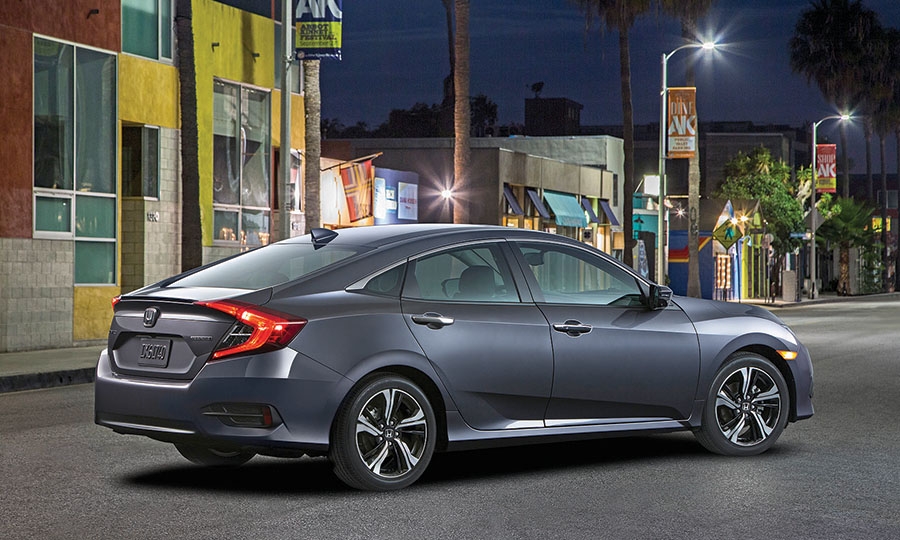 Honda's 2016 Civic sedan is the first in a family of variants that will include the Si coupe for younger consumers, the Type R coupe for enthusiasts and the first Civic five-door hatchback sold in the United States.
Share 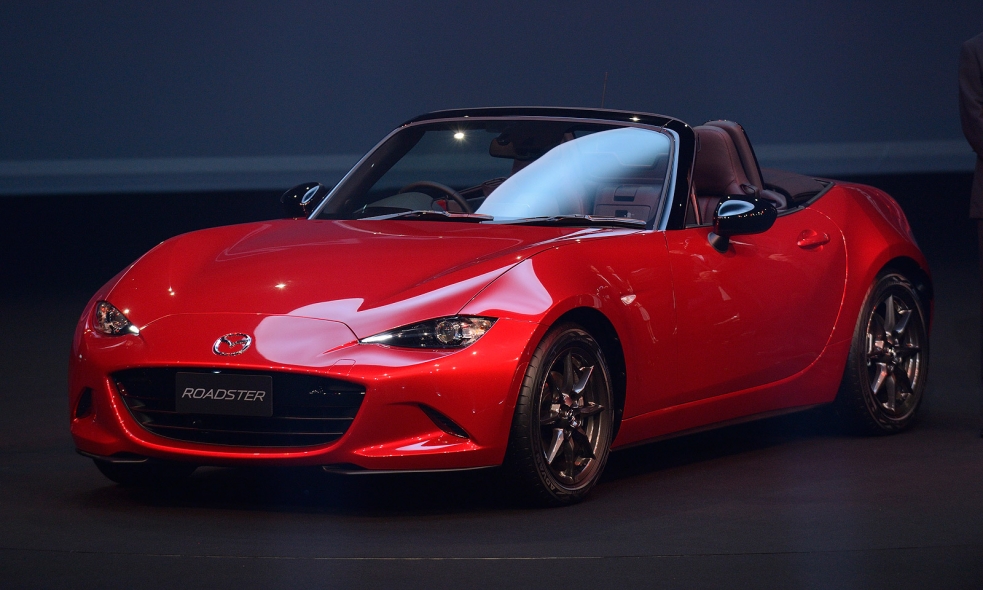 The redesigned Mazda Miata MX-5 is nearly as light as the original, yet with a power-to-weight ratio exceeding that of its predecessor.
Share 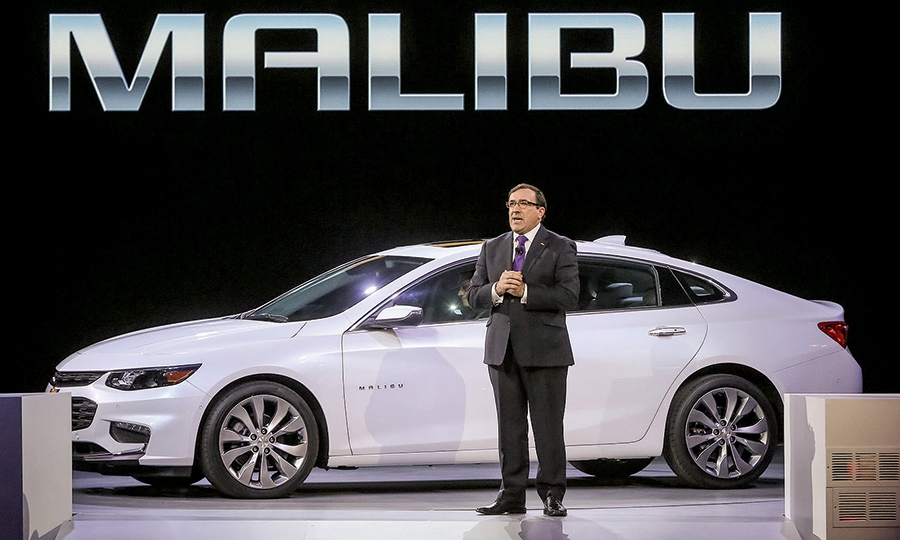 Chevy's Alan Batey with the new Malibu: We have features that Honda, Toyota and other rivals don't offer. 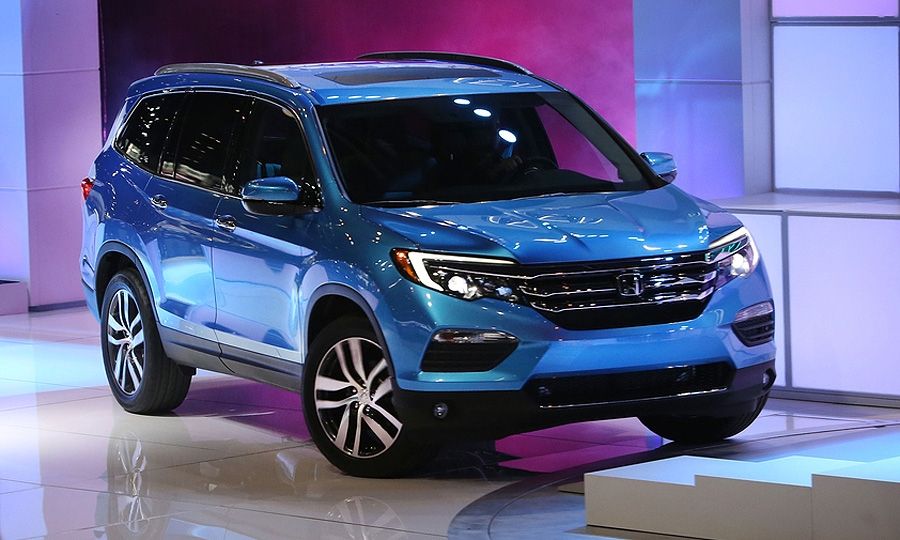 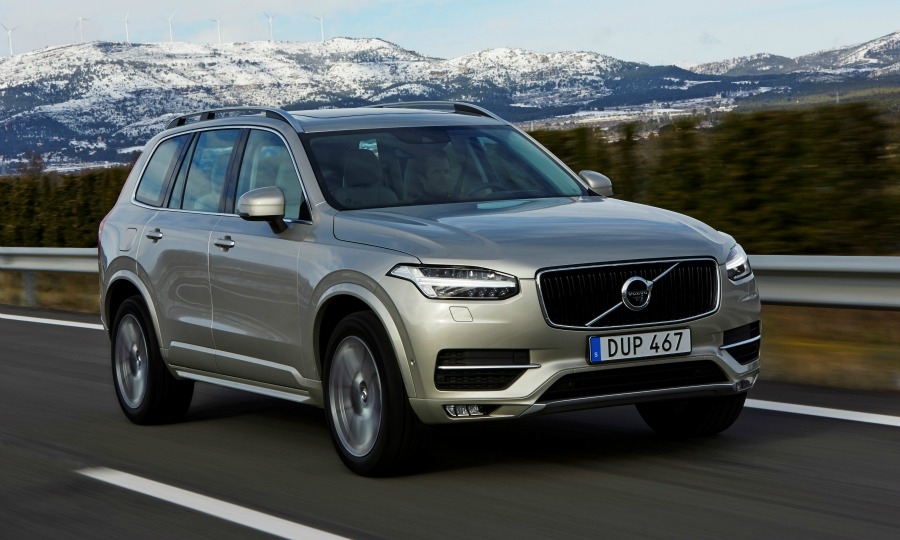 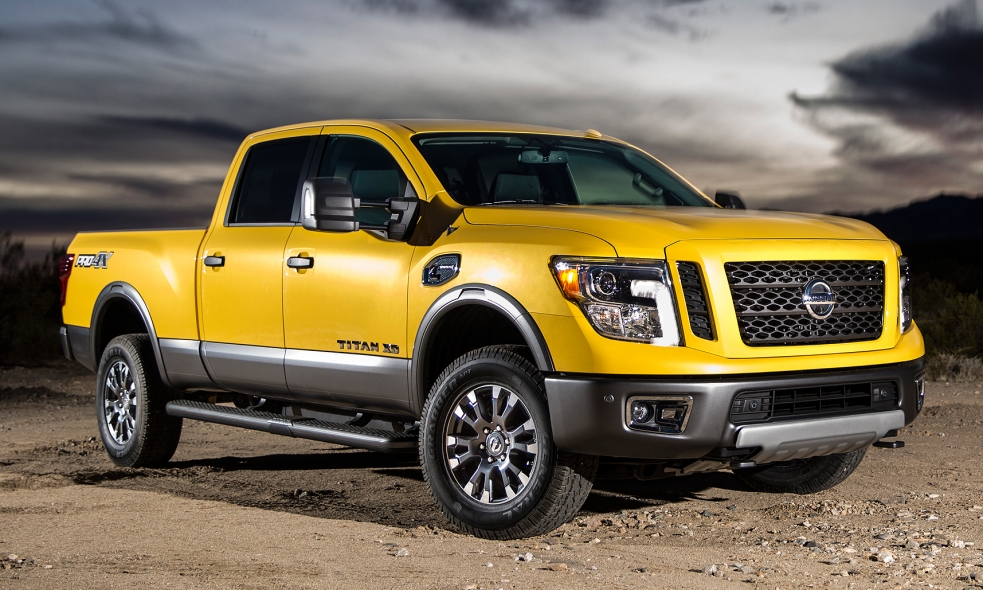 The Chevrolet Malibu, Honda Civic and Mazda MX-5 Miata were named finalists for the 2016 North American Car of the Year, and the Honda Pilot, Nissan Titan XD and Volvo XC90 were named truck finalists.

The finalists -- five of the six going to import brands -- were announced today at an Automotive Press Association luncheon in Detroit. The 2016 North American Car and Truck of the Year will be announced in January at the Detroit auto show.

The group of 2016 finalists ties the 2012 group of finalists for the second-highest number of imported vehicles at five. Six of the seven finalists in 2003, including the XC90, were import brands. A tie in the Truck of the Year category that year forced an extra finalist.

The finalists are chosen from short lists of 10 cars and 12 pickups, crossovers and SUVs created by a jury of 53 automotive journalists. The BMW 7 series, Cadillac CT6, Chevrolet Camaro, Chevrolet Volt, Kia Optima, Nissan Maxima and Toyota Prius were the other cars on the short list.

Vehicles must be new or significantly altered to be eligible for the awards. They are judged on innovation, design, safety, value, comfort, driver satisfaction and other factors.

“To be named one of three finalists is a tribute to the dedicated Nissan planning, design, engineering, development and manufacturing teams across America that have worked so hard to bring it to market,” Fred Diaz, Nissan North America senior vice president for U.S. sales and marketing and operations, said in a statement.

The Volkswagen Golf and Ford F-150 were named 2015 Car and Truck of the Year.

Matt DeLorenzo, Kelley Blue Book’s online managing editor, said it was “interesting” that the truck finalists were a pickup, a large crossover and a midsize crossover even as compact and subcompact crossovers have gained popularity.

“Subcompact models … just didn’t make the cut,” he said in a statement.

DeLorenzo called affordability “the key” to the car of the year finalists.

“The Malibu and Civic compete in the heart of the family car market as opposed to luxury models like the BMW 7 series,” he said. “The MX-5 Miata also is an affordable sports car. It’s interesting that two significant hybrids, the Prius and Volt, didn’t make the cut.”

General Motors and Ford lead all automakers with 10 wins since the award’s inception in 1994. Fiat Chrysler, Honda, Mercedes-Benz, Nissan, Hyundai and VW have won multiple awards.

The panel creates the short lists of finalists in the early fall before voting on those vehicles in early December. Jurors are given 25 points to allocate to both cars and trucks, giving no more than 10 points to any one vehicle.

Jurors are given 10 points in each category when they vote on the finalists. Jurors can give all 10 points to a single vehicle or divide them.

North American Car and Truck of the Year finalists