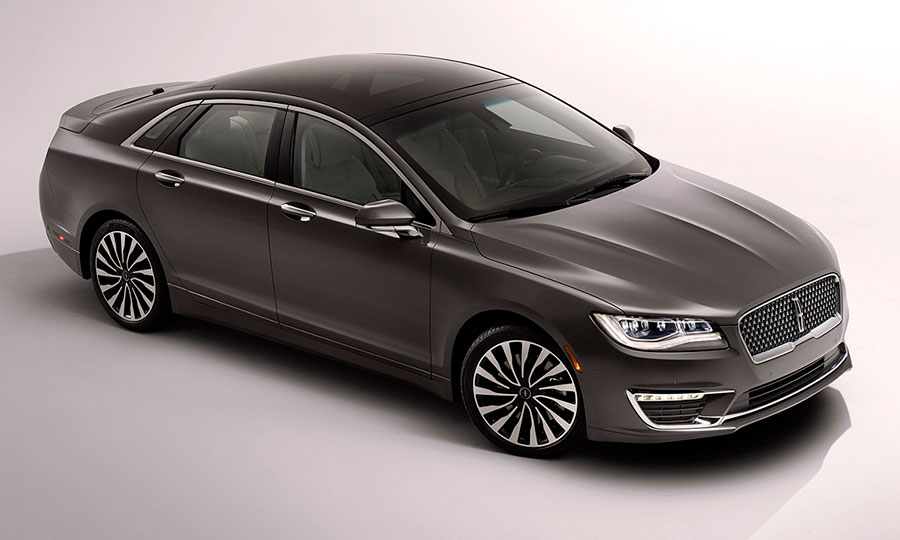 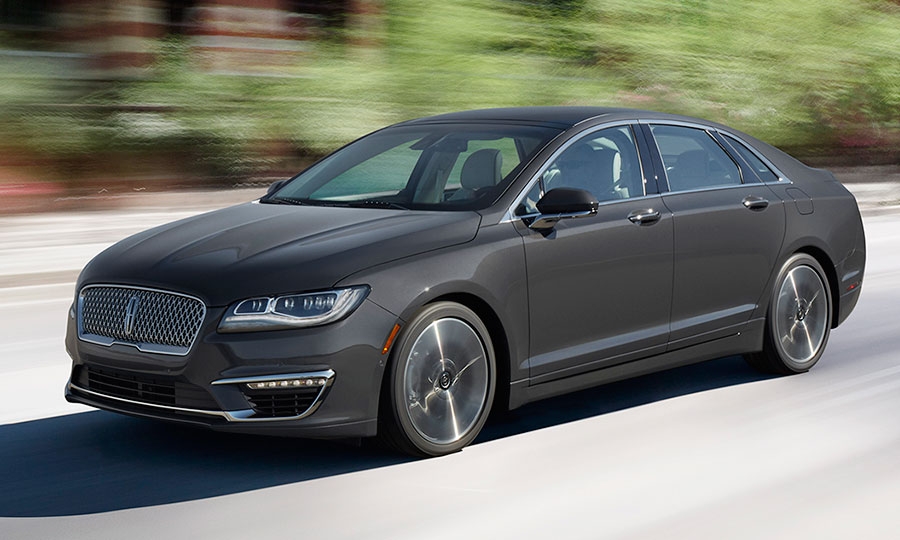 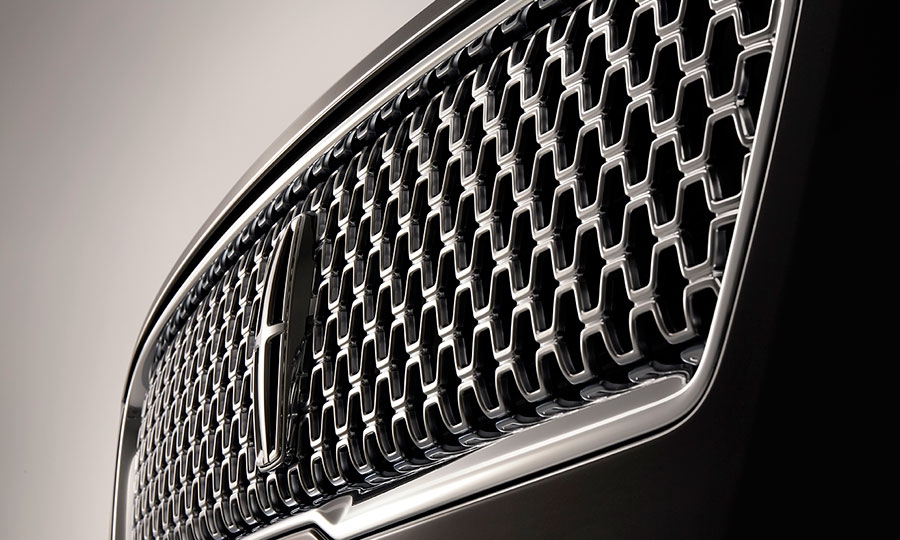 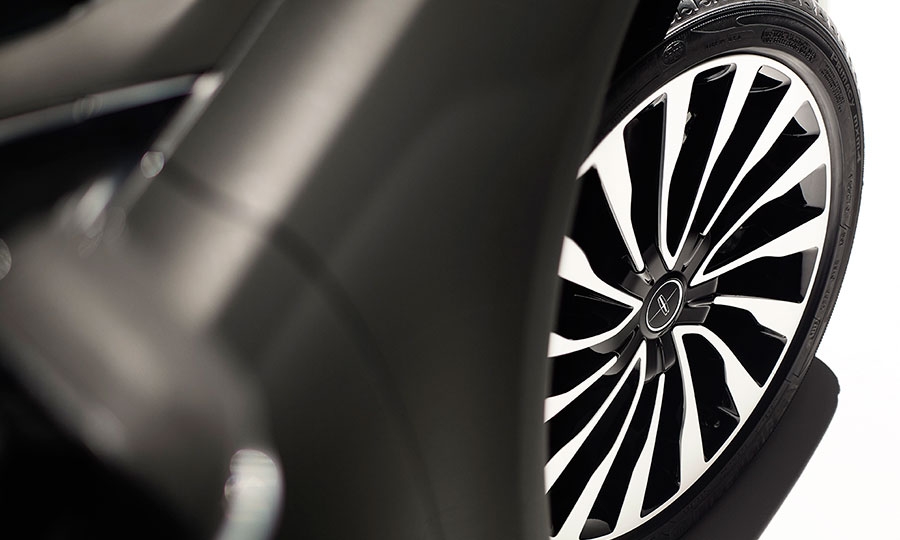 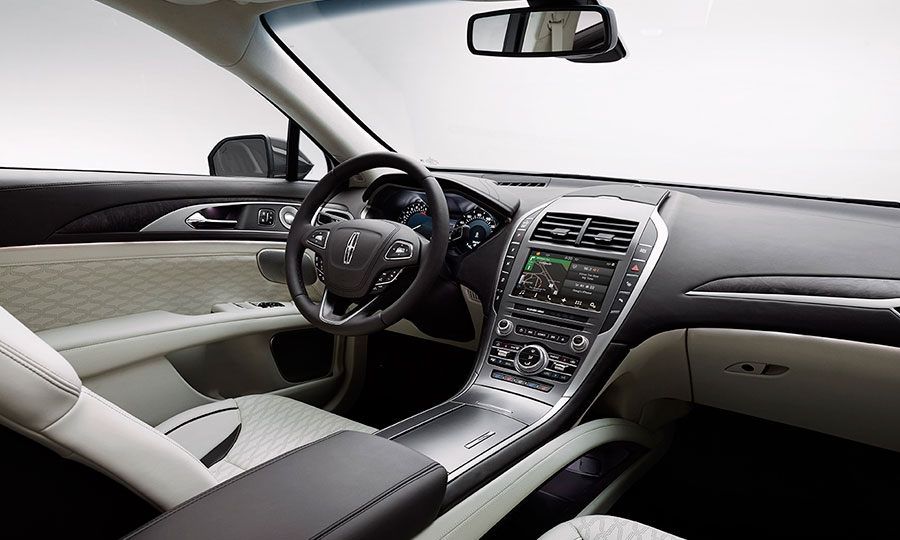 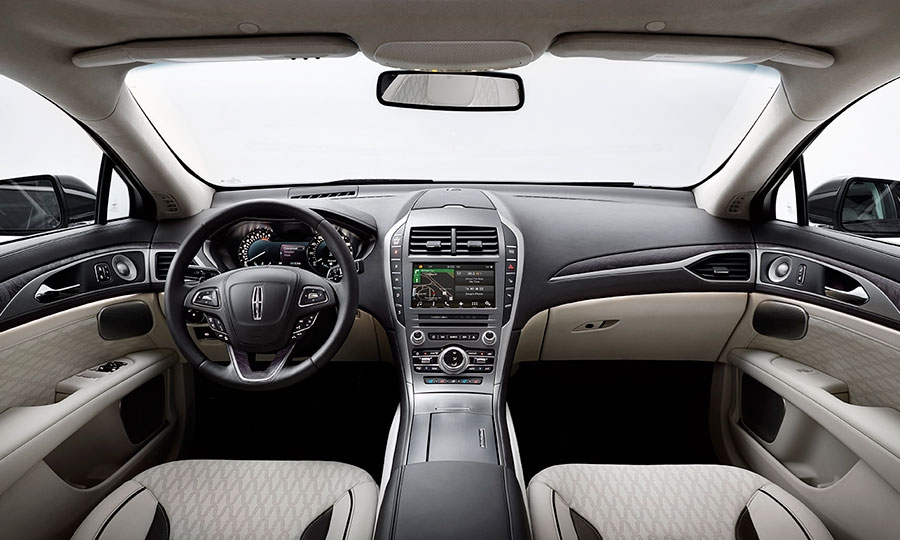 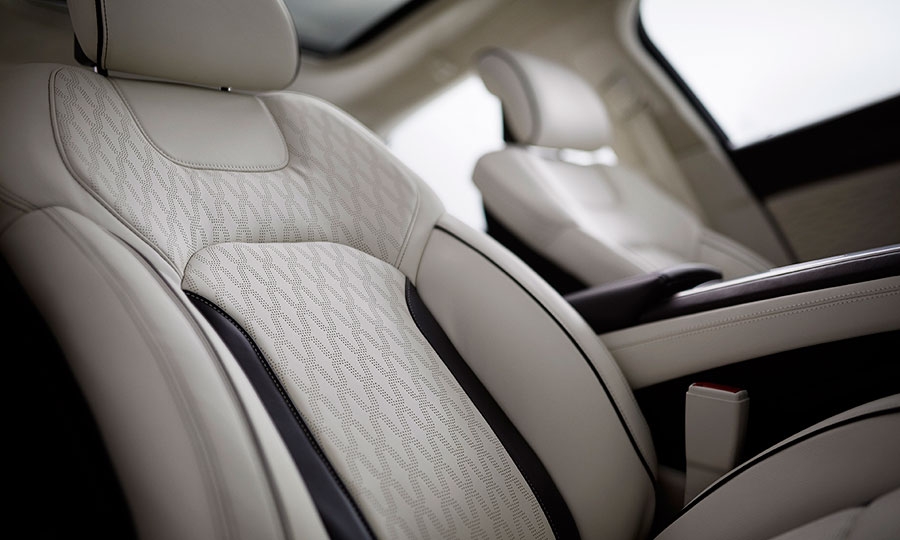 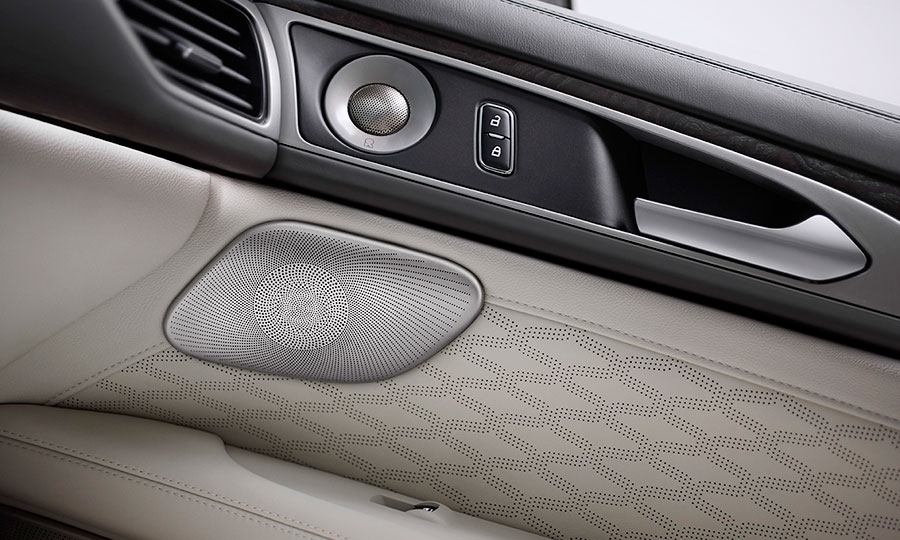 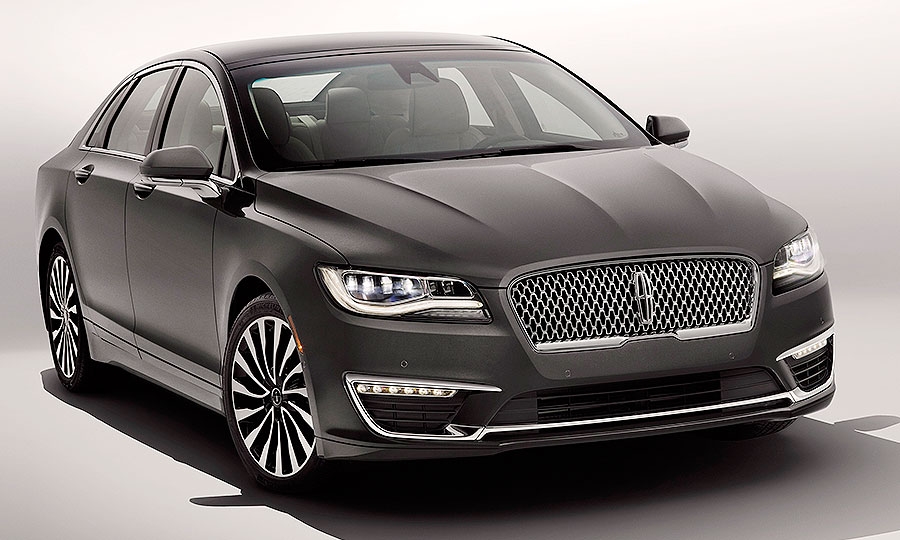 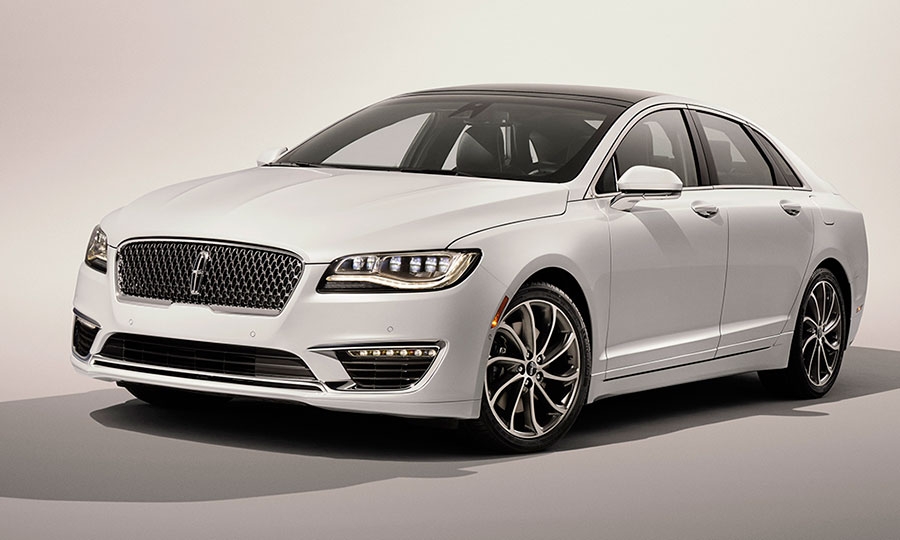 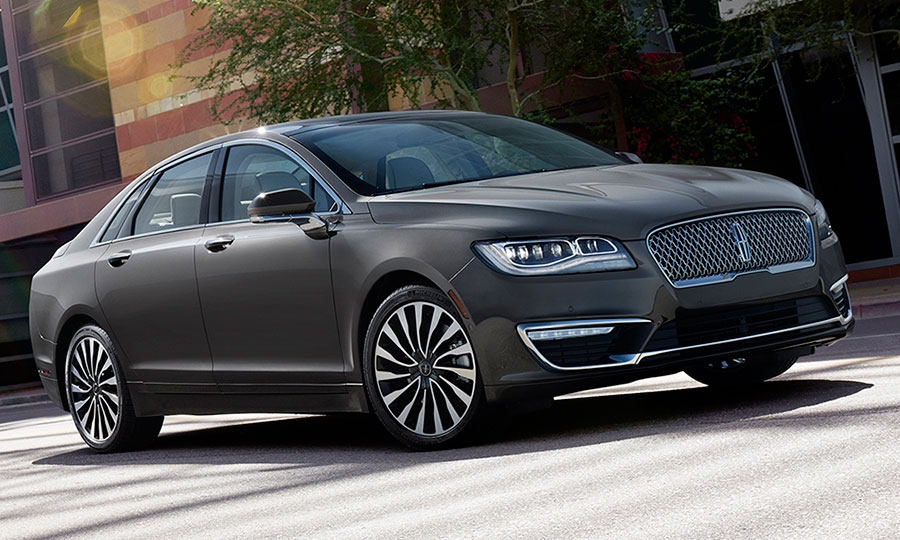 LOS ANGELES -- The Lincoln MKZ will be the first car to drop the brand’s split-wing grille in favor of a rectangular design that debuted on the Continental concept.

The 2017 MKZ, scheduled to go on sale next summer, also will introduce a 3.0-liter turbocharged V-6 engine that’s exclusive to Lincoln and rated at 400 hp when paired with all-wheel drive. That’s 100 hp more than the most powerful engine on the current MKZ, which is Lincoln’s highest-volume nameplate.

Ford Motor Co. is unveiling refreshed versions of both the MKZ and the Ford Escape crossover today at the Los Angeles Auto Show. Both are significant mid-cycle updates that include new engines, redesigned front ends and revamped interiors.

Lincoln executives said they have received overwhelmingly positive feedback about the brand’s “new face” since unveiling the Continental concept in April. The Continental is expected to go on sale several months after the MKZ.

“It’s a natural evolution,” Kumar Galhotra, president of Lincoln, told Automotive News. “We’re investing a lot in the brand and the grille has to evolve.”

Galhotra said the MKZ features a number of technologies aimed at making driving less stressful, including active hold, which keeps the car stopped at a traffic light without continuously depressing the brake pedal, and adaptive cruise control with stop and go, meaning the car can automatically follow the flow of traffic even through periodic standstills.

Lincoln has eliminated the touch-sensitive sliders that the current MKZ employs for audio and climate controls, returning to buttons and knobs that are easier to use while driving. High-end options include two new Black Label themes -- “chalet” and “vineyard” -- and two levels of Revel audio systems.

The base engine is a carryover 2.0-liter four-cylinder, and a gas-electric hybrid option will remain. The 3.0-liter engine, which also will be available in the Continental, replaces a 3.7-liter naturally aspirated V-6 rated at 300 hp and 277 pound-feet of torque.

Despite the boost in power to as much as 400 hp and 400 pound-feet of torque, “this is not performance for performance sake,” said Rob Rosenbach, Lincoln’s brand manager for the MKZ. “This is not about raw performance. This is smooth power.”

U.S. sales of the MKZ have fallen 13 percent in 2015 through October, more than the 3.1 percent decline for its counterpart in the Ford brand, the Fusion.

Galhotra said the MKC compact crossover’s arrival last year likely contributed to the MKZ’s decline, given that the sedan is not as new and has a slightly higher starting price. The MKZ has still been Lincoln’s top seller every month this year, accounting for 31 percent of the brand’s sales.

The refreshed MKZ will go on sale in China at about the same time next summer as in the U.S.