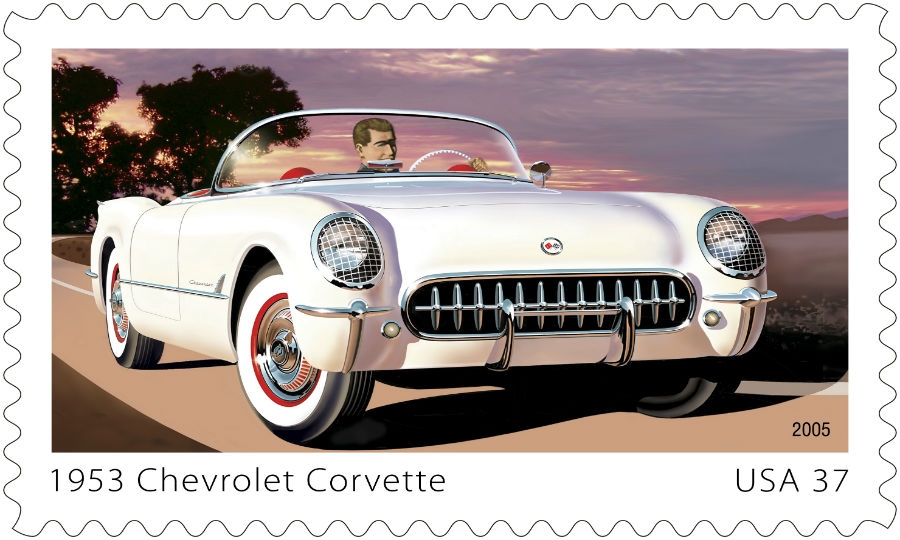 ART FITZPATRICK
In 1953, the world was introduced to the Chevrolet Corvette and an icon was born.
Share 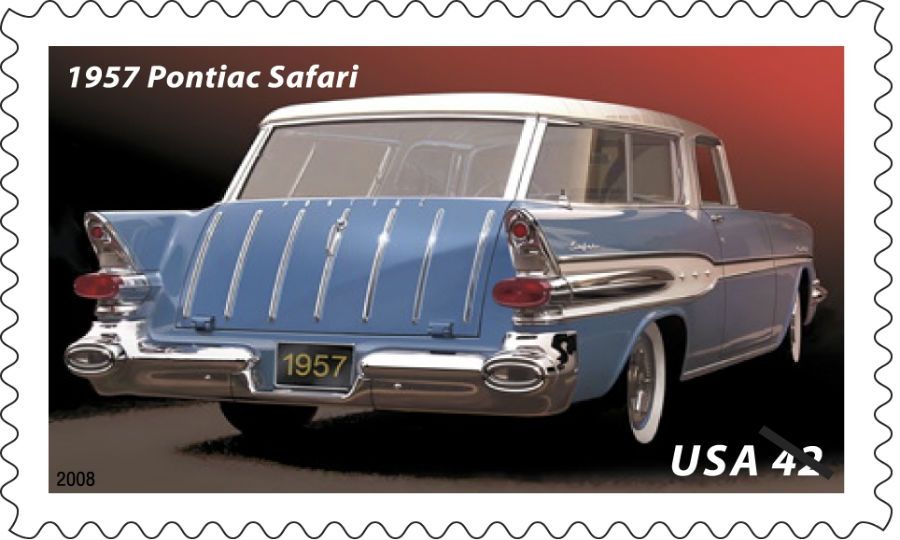 ART FITZPATRICK
Pontiac's version of the Chevrolet Nomad was a two-door wagon but had plenty of style, including white wall tires, a white roof and a rear that was hard to forget.
Share 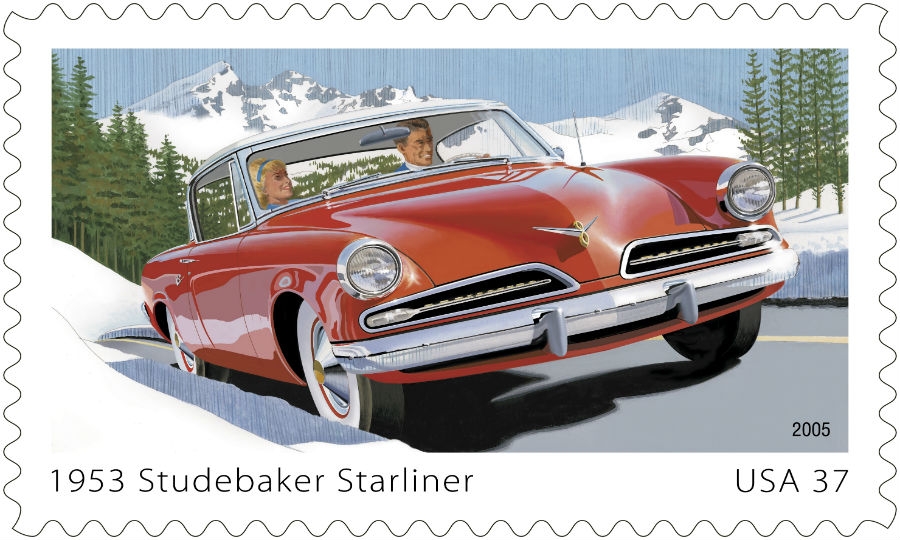 ART FITZPATRICK
While Studebaker no longer makes cars today, the South Bend, Ind., company left its mark with cars like the Starliner in the 1950s.
Share 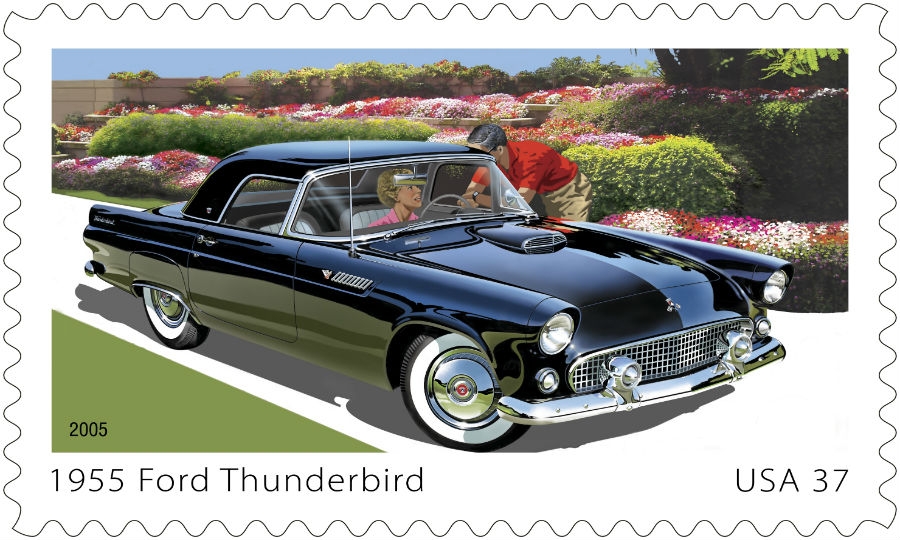 ART FITZPATRICK
Ford's answer to Chevrolet's Corvette came in the form of the Thunderbird in 1955.
Share 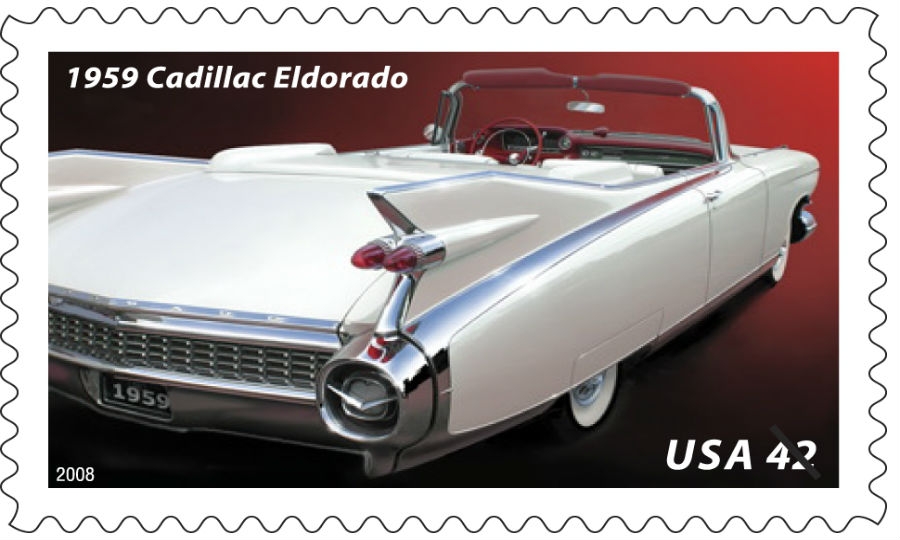 ART FITZPATRICK
The 1959 Cadillac Eldorado has, perhaps, the most iconic fins on a car as shown in this picture.
Share 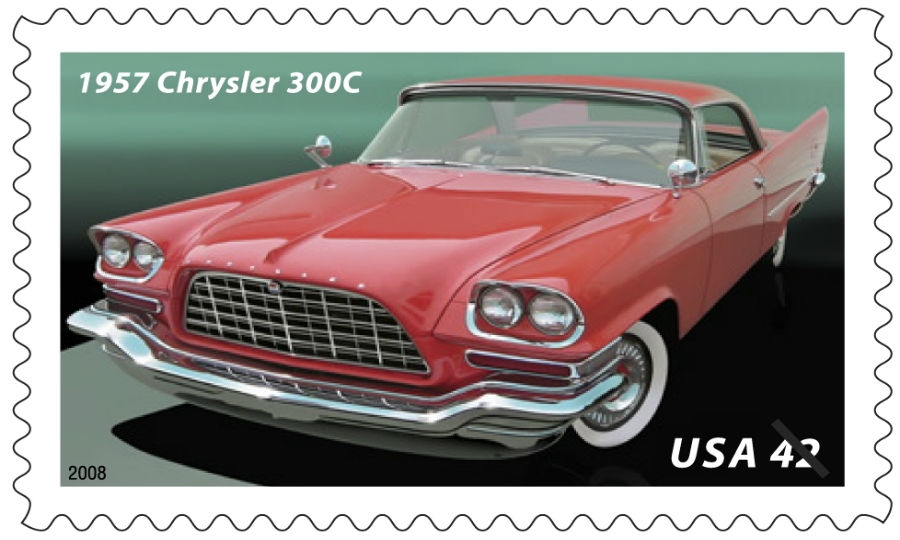 ART FITZPATRICK
Long before today's 300C, the 1957 version only had two doors and a striking front end, complete with a large chrome bumper.
Share 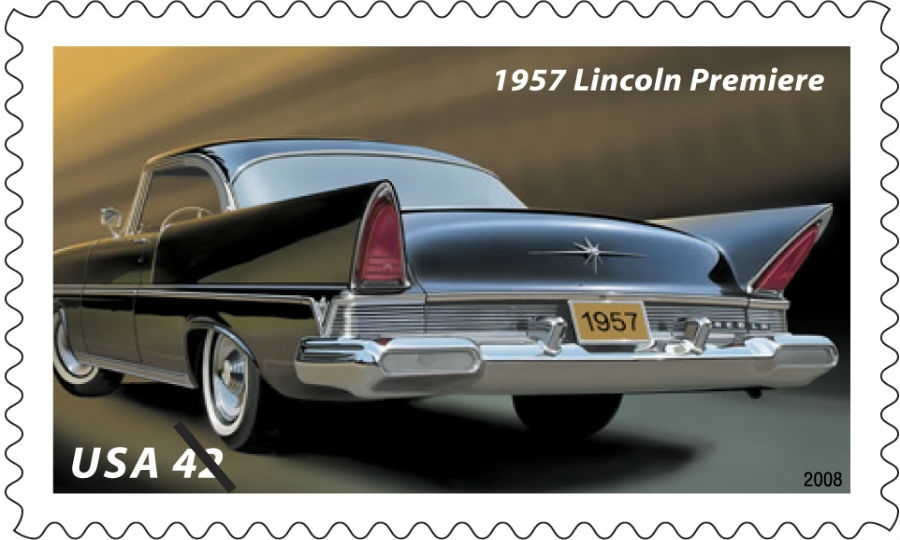 ART FITZPATRICK
Featuring a sleek design, the two-door Lincoln lived up to its nameplate.
Share 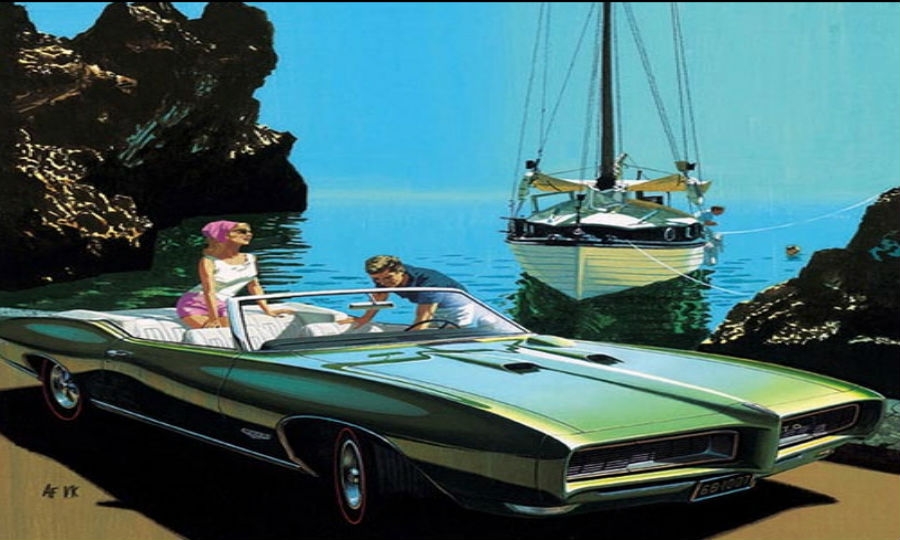 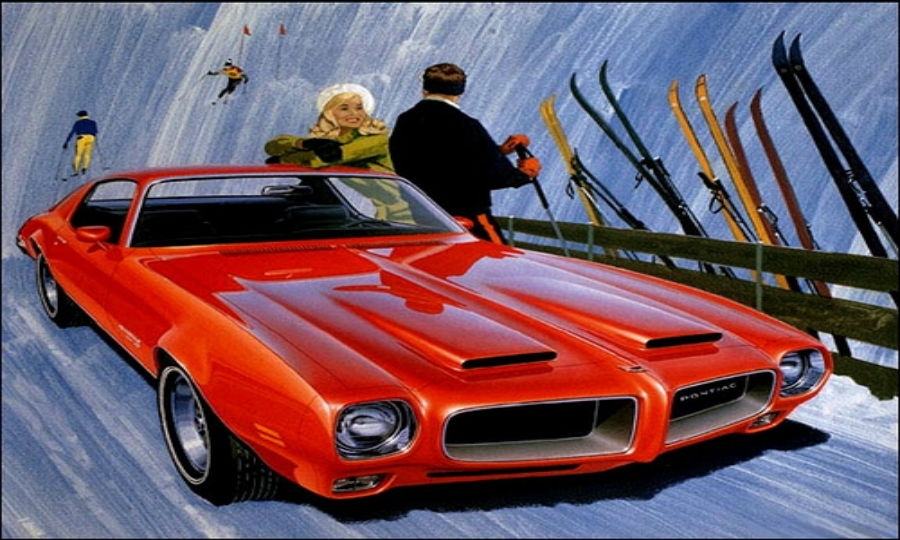 ART FITZPATRICK
A red Pontiac Firebird sits next to the ski slopes.
Share 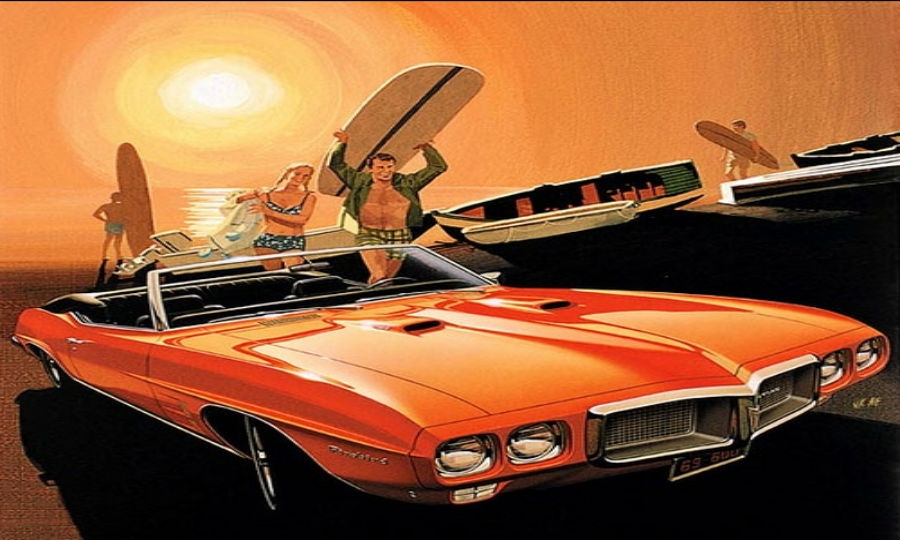 ART FITZPATRICK
Two surfers run back to an orange Pontiac Firebird 400 convertible on the beach.
Share 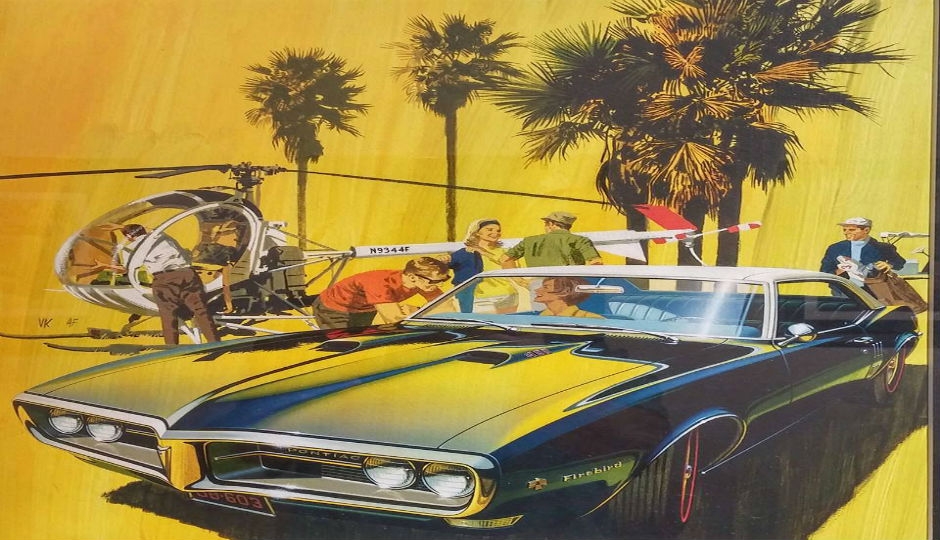 ART FITZPATRICK
A green with a white top 1968 Pontiac Firebird 400 sits next to palm trees and a helicopter.

Art Fitzpatrick, one half of the team that created some of the most eye-catching advertising artwork for General Motors from 1959 to 1971, passed away this week in Carlsbad, Calif., at age 96.

More recently, Fitzpatrick drew two series of commemorative stamps for the U.S. Postal Service titled “America on the Move,” released in 2005 and 2008. The first series celebrated 1950s sporty cars, such as the Chevrolet Corvette, Ford Thunderbird and Kaiser Darrin. The second set, “tailfins and chrome,” featured such cars as the 1959 Cadillac Eldorado, Chrysler 300C and Lincoln Premiere.

Working with his partner, Van Kaufman, Fitzpatrick drew pictures of Pontiac’s “wide track” performance cars that came to define the brand. During the run of “Fitz and Van,” as they came to be known, Pontiac ranked third in the industry in sales most years. Kaufman died in 1995.

Fitz and Van worked like this: Fitzpatrick drew the cars, often making them seem a little wider and a little lower than they already were, while Kaufman drew the scenery and people. Muscle cars, such as the GTO, were placed in exotic locales, giving them an upscale image. The work was so impressive that Pontiac’s general manager at the time, John DeLorean, banned the use of pictures and decreed that only Fitz and Van drawings could be used in Pontiac ads.

Fitzpatrick, who stayed active in retirement, spent most of his life working in the auto industry. He enrolled at the Detroit Society of Arts and Crafts -- today’s College for Creative Studies -- in 1936 at just 18 years old. Then, according to a biography on his website, Fitzpatrick took a job as a designer at Briggs Body Co., where he worked on various projects for Chrysler and the Lincoln Zephyr. He also is credited with designing the 1940 Packard 180 sedan.

After World War II, Mercury signed Fitzpatrick to create images for its advertising. About that time, he began working with Kaufman, a former Disney animator whose specialty was drawing people and places.

The pair cranked out advertising images for 14 automakers during their run, creating some of the most iconic ads of the era. But it was the Pontiac ads -- 285 in all -- for which they are best remembered.

“I’ve always maintained that a picture of a car moving doesn’t mean a thing,” Fitzpatrick told Motor Trend Editor Arthur St. Antoine in a 2007 interview. “They all move. You have to convey something about the car psychologically. It’s all about image. That’s the reason people buy cars.”

Fitzpatrick’s car-themed postage stamps are some of the most successful special-edition stamps ever issued by the Postal Service. Both series won awards and are among the top-selling commemorative stamps.

The work of Fitz and Van was so influential that designers took notice. Retired Ford designer Dick Nesbitt collected the ads.

“When I was attending Art Center College of Design in 1968, I contacted an account manager at the Los Angeles McManus, John and Adams advertising office about getting more AF VK ads for reference as an automotive design major,” Nesbitt recalled.

“He was very helpful and said he would gather as many ad proofs as he could and send them to me. In 1971, when I was a designer with Ford in Dearborn, I called the McManus, John and Adams Detroit office for more samples, and they very generously responded. I didn’t know then 1971 would be the last year for AF VK with Pontiac, but they did beautiful ads for Opel in Germany from 1972.”

Earlier this year, the Gilmore Car Museum near Kalamazoo, Mich., opened a gallery with more than 70 original drawings Fitzpatrick donated. In June, he opened the gallery and gave a presentation. It was one of his last public appearances.