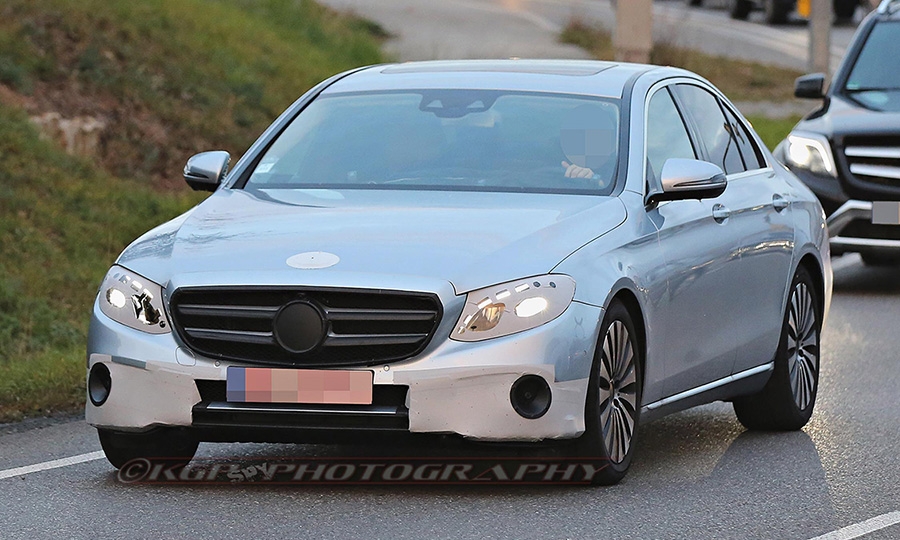 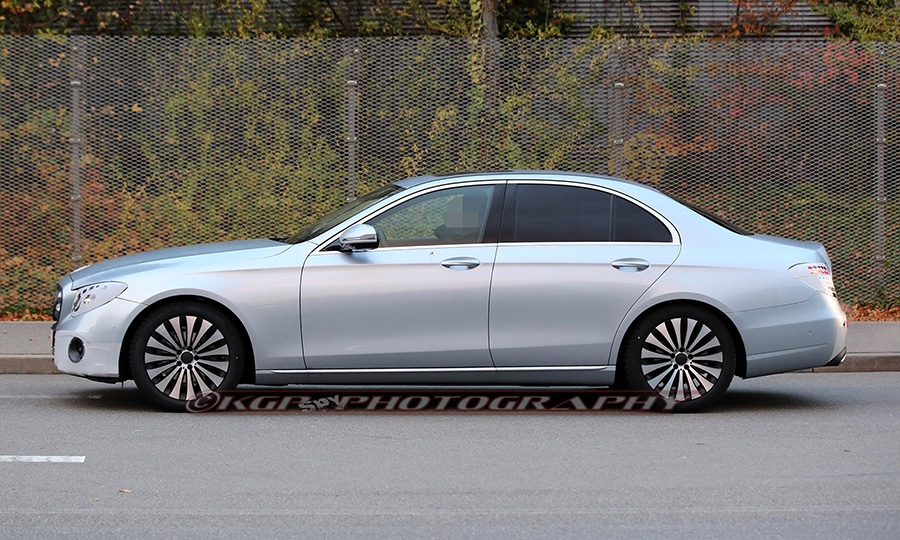 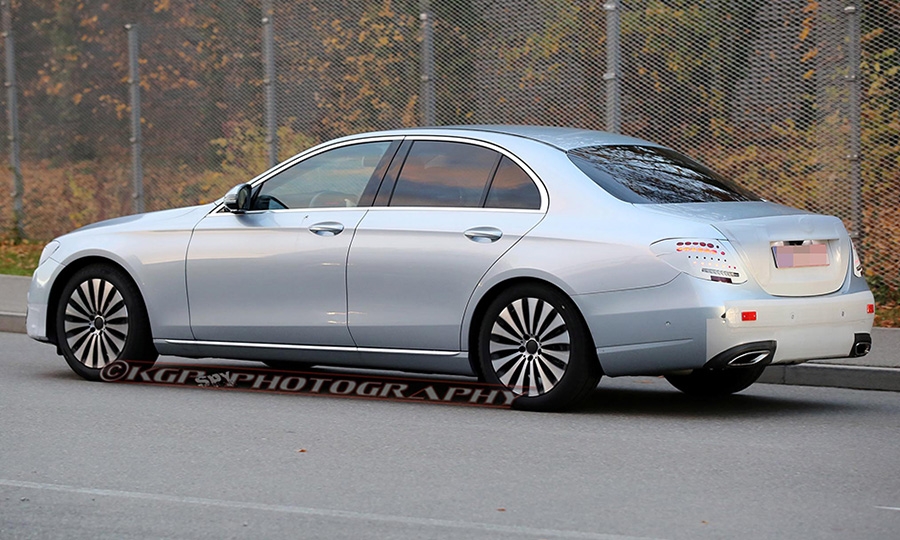 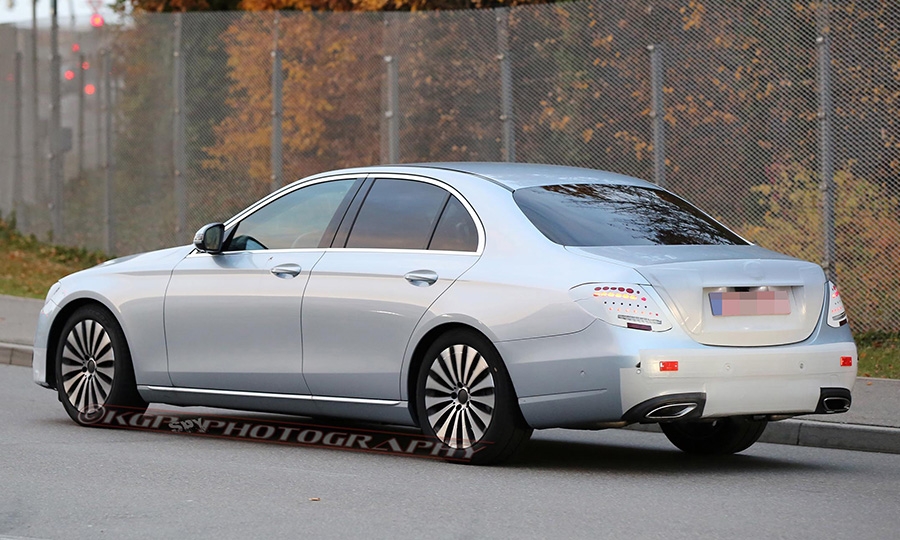 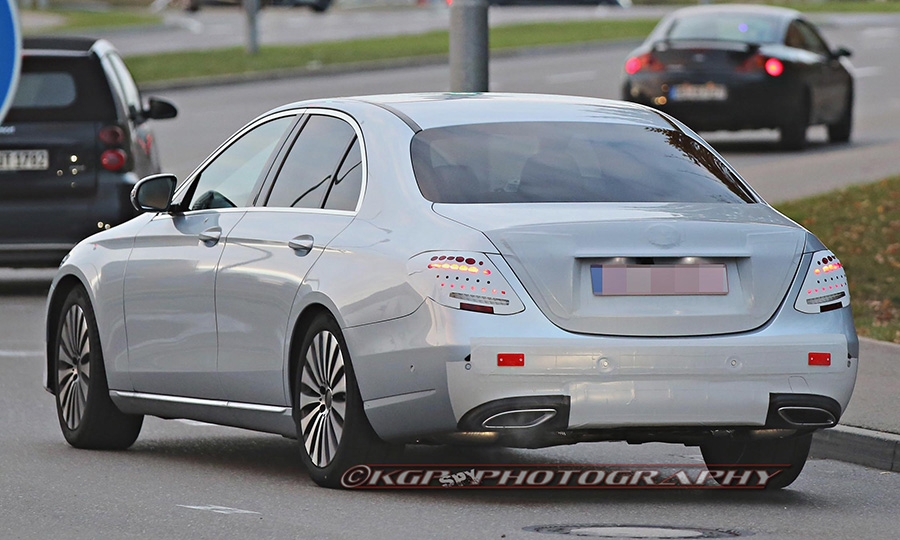 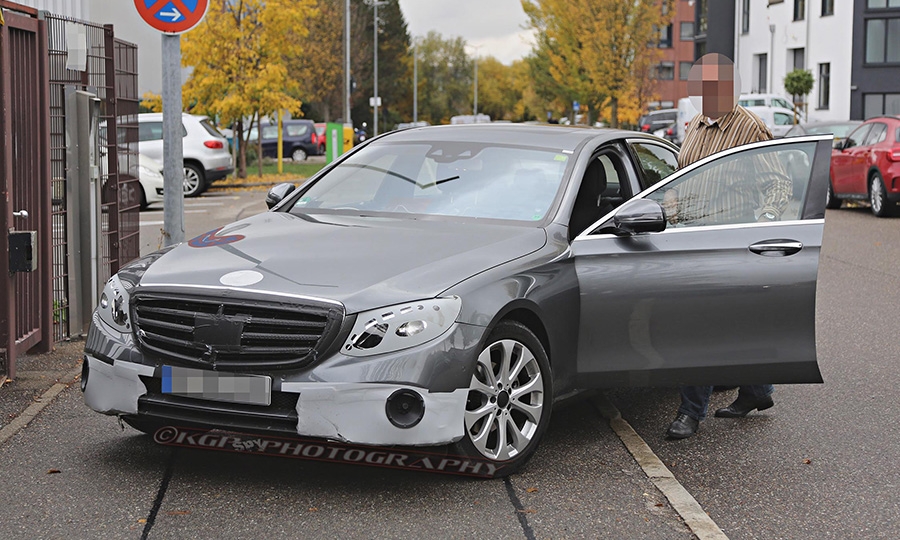 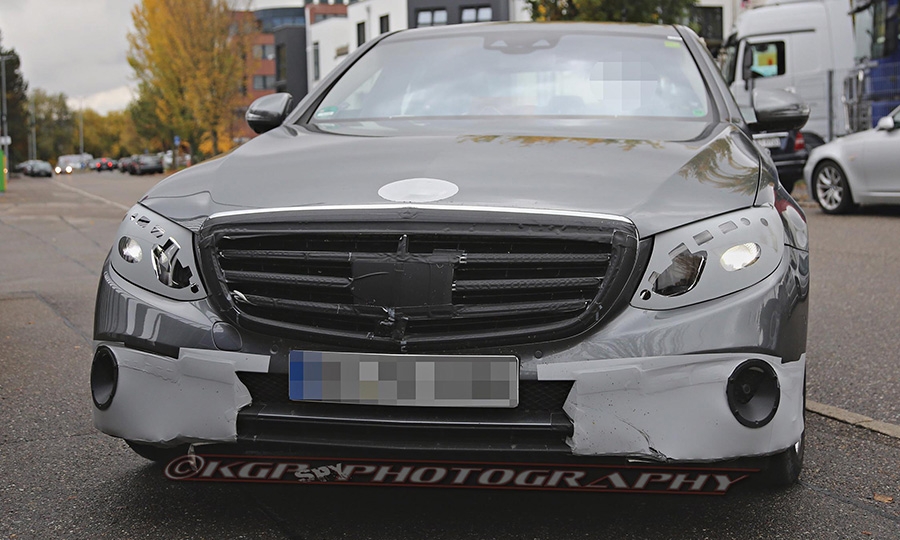 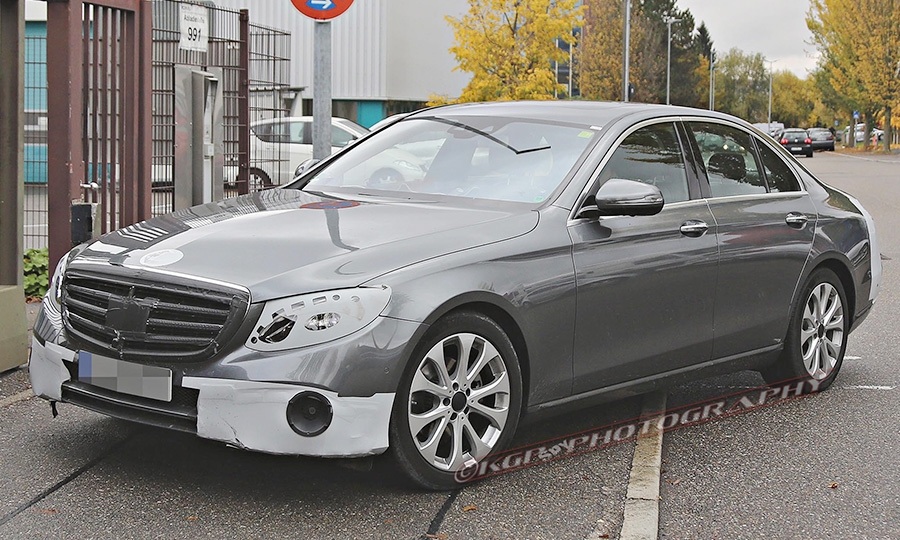 The redesigned Mercedes-Benz E class is set to debut in January at the Detroit auto show.
Share 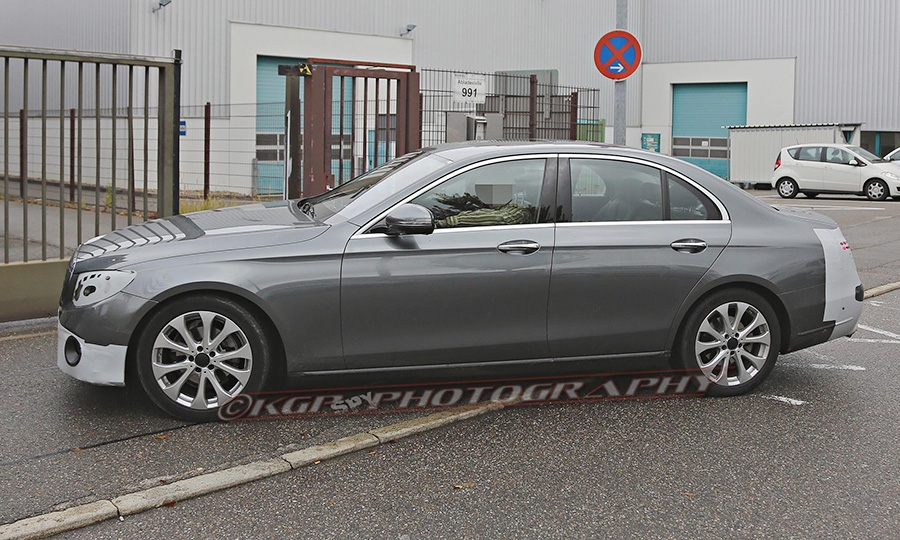 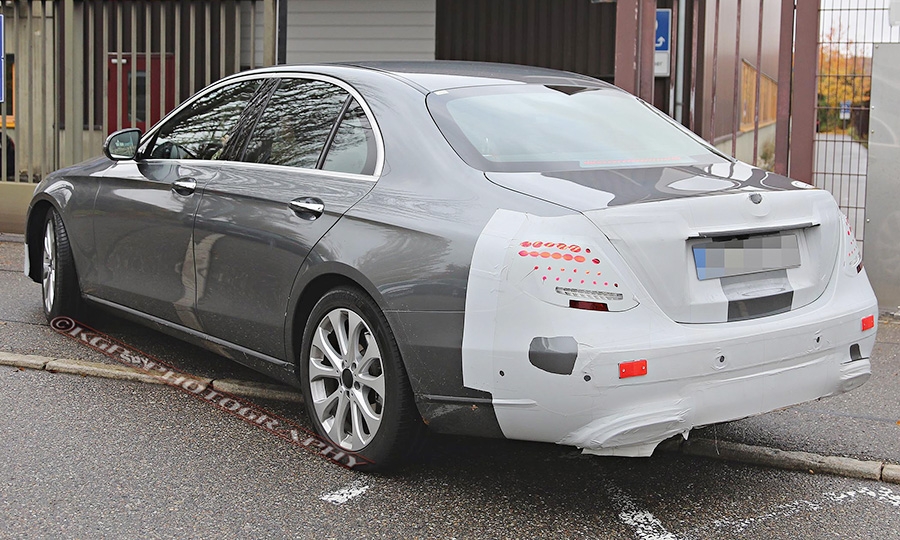 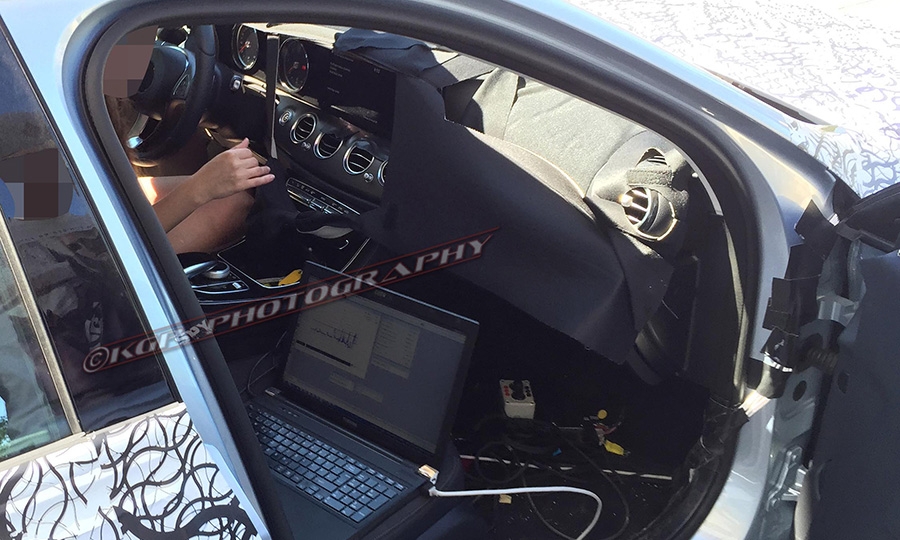 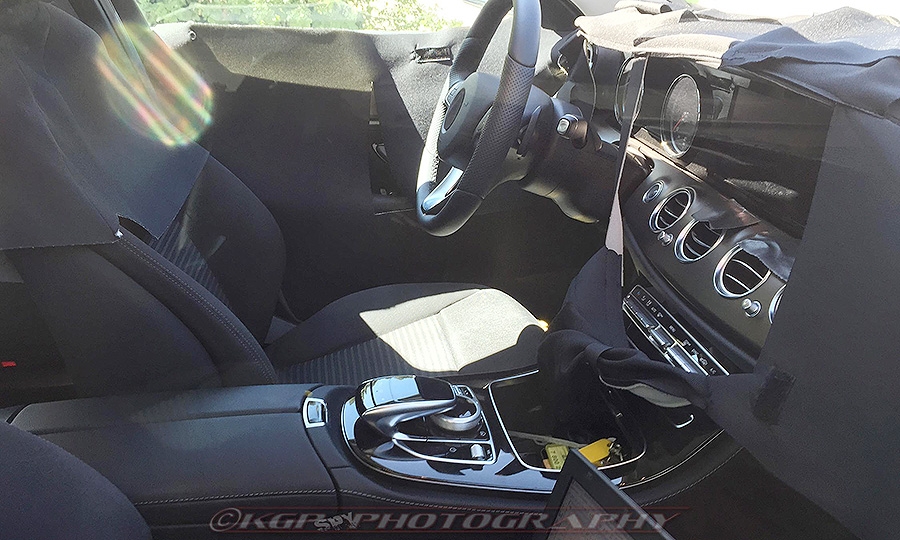 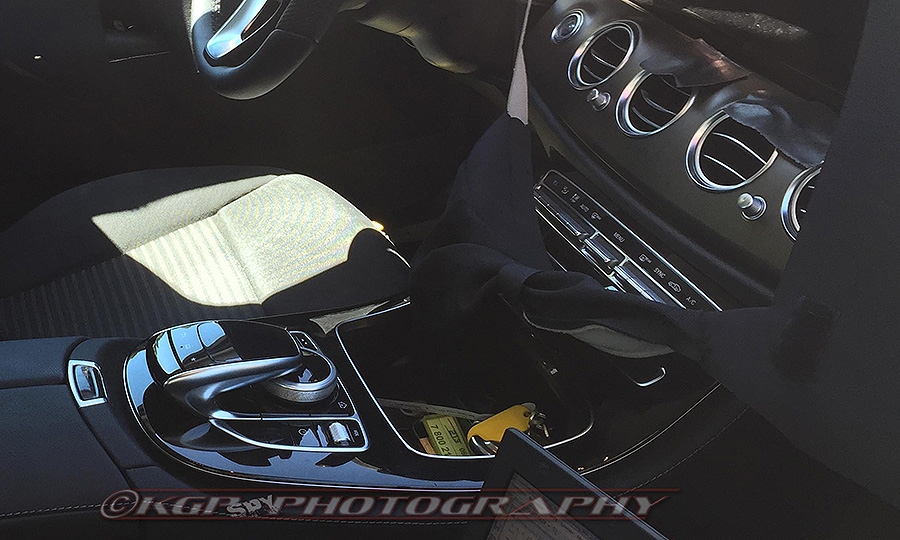 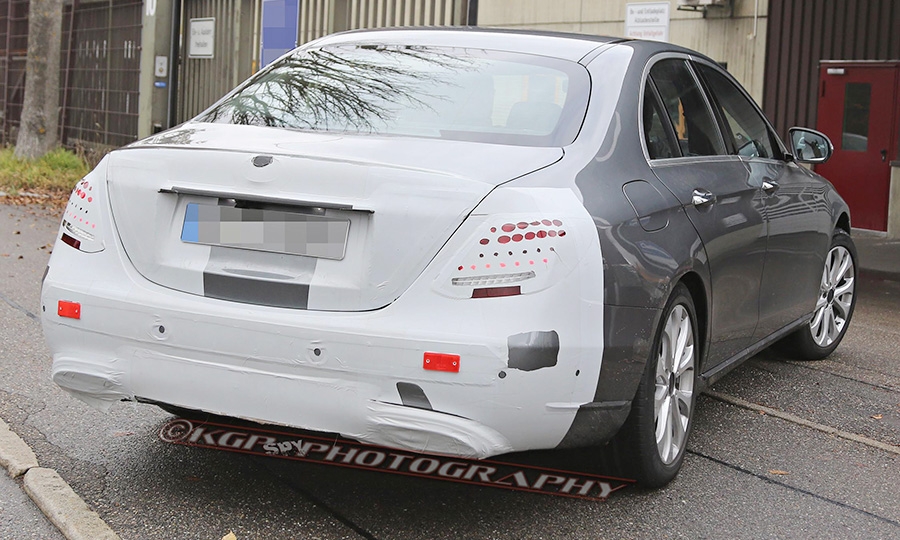 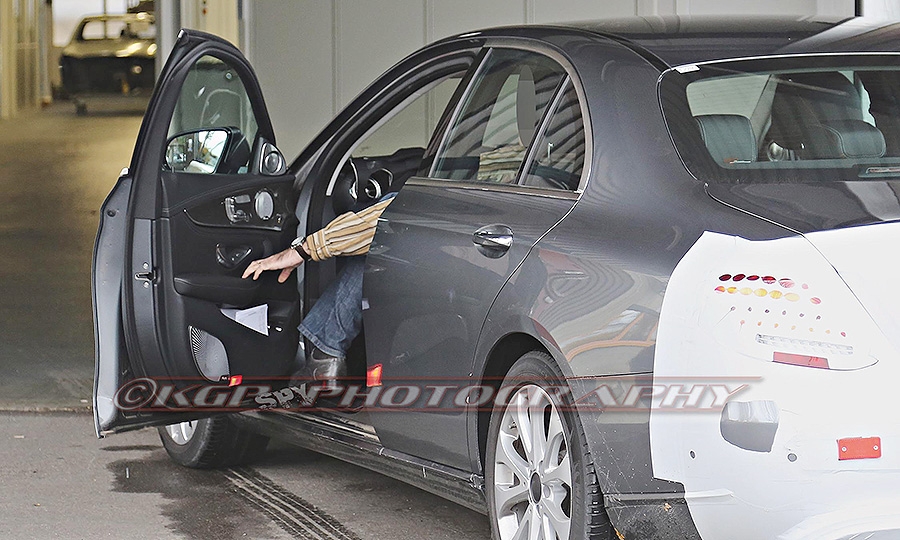 The next-generation Mercedes-Benz E-class sedan will look strikingly similar to the company’s flagship S class, based on new spy photos.

The redesigned E class, a mainstay of Mercedes’ sedan lineup, will feature a sloping front end, and side and rear panels that resemble a smaller S class compared with the current E class, which is boxier, especially in the rear, the photos show.

The interior of the 2017 E class was previewed on the Concept IAA (Intelligent Aerodynamic Automobile) that Mercedes showed in September at the Frankfurt auto show.

Automotive News reported in July that the redesigned E class also will have new safety features that include systems to protect an occupant’s ears and hearing during a crash, steering assistance to avoid an obstacle or accident, and safety protection that pushes the driver and front-seat passenger away from the doors during a side impact.

The company says the new features will be upgradable as technology advances, meaning that improvements can be made anytime during the vehicle’s life cycle.

Mercedes also will introduce the latest version of its Intelligent Drive technology with the next E-class sedan. The package will be another step toward autonomous driving.

The autonomous features include Speed Limit Pilot, Evasive Steering Assist, Digital Car Key and the ability to automatically maintain a safe distance from vehicles in front, provide steering assistance around bends and even brake when using the Distance Pilot Distronic system at speeds up to 124 mph.

The car’s steering pilot can now work at speeds up to 81 mph; the previous system worked at speeds below 50 mph, even if lane or road markings are unclear.

The current E class, which received a major midcycle freshening in 2013, has been a strong seller for Mercedes.

Through September, the E class was the company’s second most popular nameplate in the U.S. behind the C class and ahead of the M class.

The redesigned E class is set to debut in January at the Detroit auto show.