WASHINGTON -- From its control center in Germany, Volkswagen AG has reset the system. Now, the company's U.S. operations are waiting to see whether that means a new start or the loss of everything they've worked for.

Last week's wide-ranging management and organizational shuffle promises to catalyze a planned restructuring of the company that would delegate more power to its brands and regions, especially North America. Taken together, the changes outlined by the supervisory board signal a break from the centralized, top-down management style emanating from headquarters in Germany.

In short, it's what Volkswagen's U.S. arm has been clamoring for -- and working toward, in fits and starts -- for the past two years.

Independent researchers, the California Air Resources Board and the EPA unraveled the Volkswagen ruse over the course of a year.

• International Council on Clean Transportation and West Virginia University researchers alert EPA and CARB to their findings of elevated oxides of nitrogen, or NOx, levels in VW diesels in on-road conditions. EPA and CARB begin investigating.

• VW begins testing to replicate the researchers' findings and investigate causes. In December, VW proposes a recall to make a recalibration fix on about 500,000 vehicles with lean NOx trap or selective catalytic reduction technology. Regulators allow the recall, subject to confirmation that the solution works.

• CARB begins confirmation testing in May on effectiveness of the recall, including in-use monitoring of a 2012 vehicle, and finds that recalibration reduced NOx emissions but not as much as expected. In some cases, the recalibration caused the vehicle to fail the NOx standard. 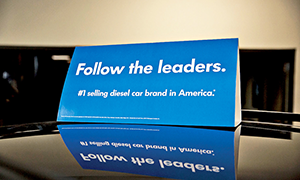 • In a specially developed test cycle, CARB finds that the recalibration improved the functioning of the selective catalytic reduction emissions control system, but not enough to keep NOx levels from rising.

• CARB shares findings with VW and the EPA in July. In subsequent meetings, VW discloses that its diesel vehicles from the 2009 to 2015 model years have a calibration setting designed to run only during certification testing.

• In a Sept. 3 meeting, VW admits to CARB and EPA staff that the vehicles were fitted with a defeat device that disabled its emissions control systems. Regulators deem the earlier recall unapproved and the vehicles noncompliant. 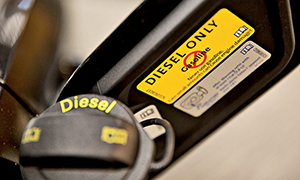 • The EPA issues a notice of violation to VW on Sept. 18 and announces that its investigation is continuing.

• The EPA announces on Sept. 25 that it will spot-check all light-duty diesel vehicles on the road for emissions defeat devices.

Michael Horn, a hero to many U.S. dealers, will remain CEO of Volkswagen Group of America and continue to run the VW brand in the U.S. The automaker's U.S., Canada and Mexico markets will be combined to form a new North American regional business unit to be led by former Skoda Chairman Winfried Vahland.

Management of the VW brand will be restructured into four regions, each with a local CEO who reports to brand chairman Herbert Diess. They will get more autonomy to make decisions locally for their markets. The group's production department has been abolished, meaning regional units will make assembly decisions locally rather than at the group level. That could mean more clarity and work for VW's plant in Chattanooga and the research center it's developing at the site.

On paper, it sounds like the "fresh start" that ousted CEO Martin Winterkorn said VW needed. And it appears to put Volkswagen of America and its growth needs at the center of VW's recovery hopes.

"They've never really had any autonomy ever," Dave Sullivan, an analyst with AutoPacific, said of Volkswagen of America. "In terms of VW's global reach, the U.S. market has never been a serious profit center due to relatively small sales volume, but now the focus is on the U.S. market to recover any hope of rebuilding trust and faith in the VW brand."

Yet continuing fallout from Volkswagen's diesel emissions deception scandal will make that fresh start hard to achieve in the near term, as the company fights to contain an operational and public perception crisis that stands apart from recent auto industry scandals and complicates the brand's fight for relevance in the U.S.

With the brand's volume down 2.8 percent this year and its diesel lineup grounded, the scandal could derail VW's hope of any growth in the U.S. for the "foreseeable future," Sullivan said.

Even with its newfound clout in Wolfsburg, VW's U.S. operation will live under a cloud for a while. Investigations into the scandal are underway at U.S. environmental regulators, the Department of Justice and a coalition of at least 29 state attorneys general who plan to issue subpoenas to VW. A U.S. House panel plans to hold a hearing soon, and VW faces at least two dozen lawsuits seeking class-action status on behalf of disgruntled customers.

The company has said it would appoint a U.S. law firm to conduct a full investigation, suspend an unspecified number of staff and adopt a more decentralized structure with a slimmed down management board.

Last week, Volkswagen took a $7.3 billion charge against third-quarter earnings to cover vehicle repairs and other related costs. The final bill, including fines, legal settlements and repair costs and restitution, could be much higher and force VW to curtail the kinds of investments in products and capacity that VW's U.S. arm has been pushing for.

Analyst Sullivan said the cost of cleaning up the crisis likely will be large enough to have funded "numerous" new vehicle programs, assembly plants and other growth-oriented projects. The prospect of investigations and criminal prosecutions also could divert executives' attention from basic operations.

"The same thing happened at Toyota," Sullivan said. "They had a lot of delays" following their unintended-acceleration crisis, he said. "When it's not business as usual, that's when things could get delayed."

VW's U.S. dealers have been waiting impatiently for a new midsize crossover and a redesigned Tiguan engineered for American buyers, set to arrive in 2017. A delay to those programs, or a cool reception, would be devastating for VW and its dealers.

"This might be the worst time for that to happen," said Akshay Anand, an analyst with KBB.com. "If consumers decide to ignore the new product that's coming out, that's really going to hurt the brand."

Analysts say VW remains especially vulnerable on the image of "clean diesel," which had served it as a key marketing hook and a symbol of VW's engineering prowess.

News of the deception has jolted an enthusiastic customer base that not only sought out Volkswagen's cars and paid a premium for them but also vouched for their environmental benefits to friends and relatives.

Diesel customers are "more astute" in their powertrain selections, Sullivan said. "With diesels, people are going to be left with a sour taste in their mouth for quite some time," he said. "It's going to be hard to set the reset button."

The company's decision to retain Horn to oversee U.S. operations was viewed as a victory for VW's dealers, who had rallied behind him when it appeared that his job was in jeopardy last week.

"The dealer body was so united on knowing that Michael could help us put this back on track," Alan Brown, chairman of VW's national dealer council, wrote in an email to Automotive News.

VW could lose big around the world

Liberals to form minority government in Canada; what it could mean for auto