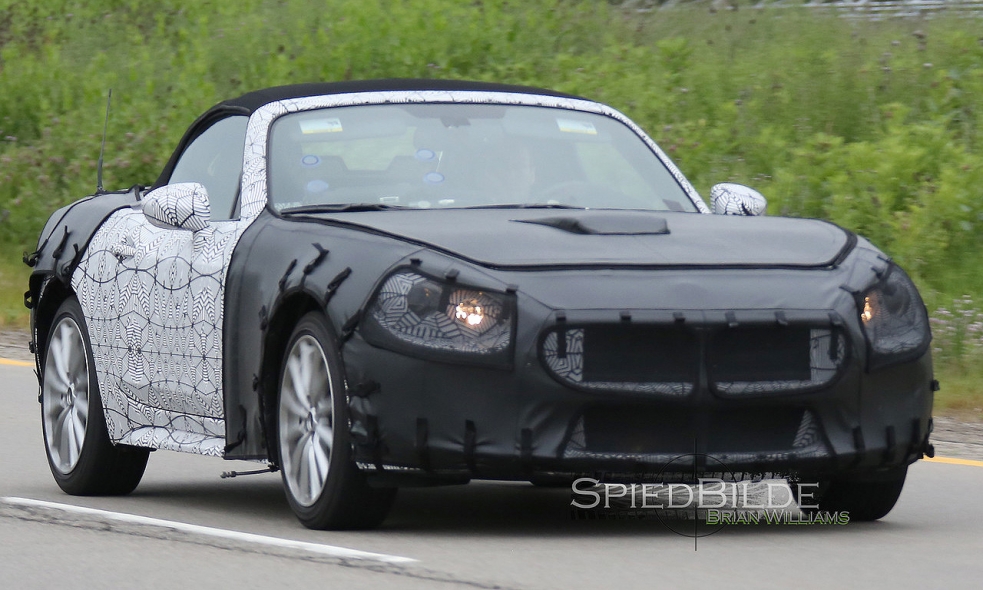 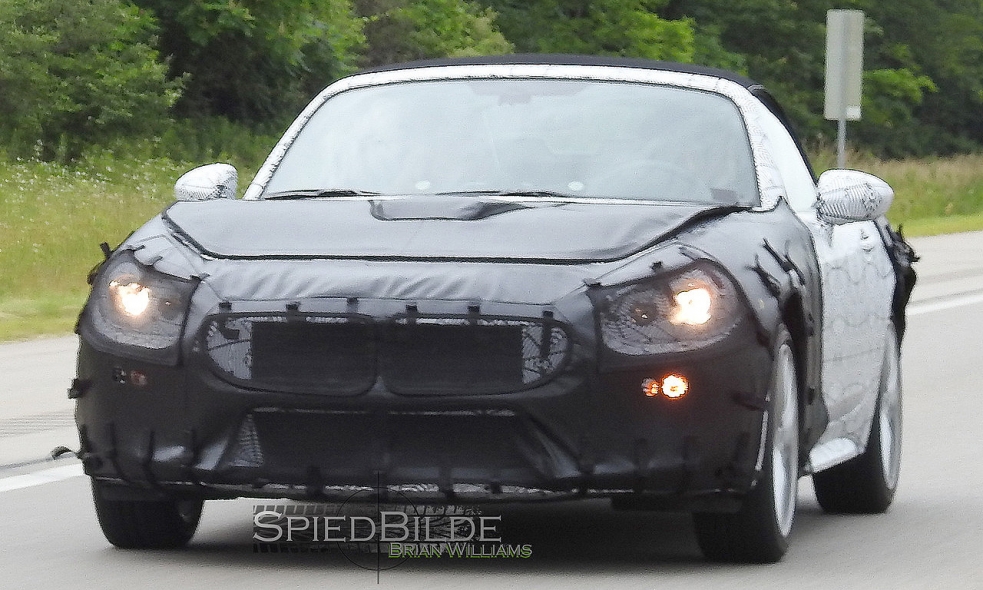 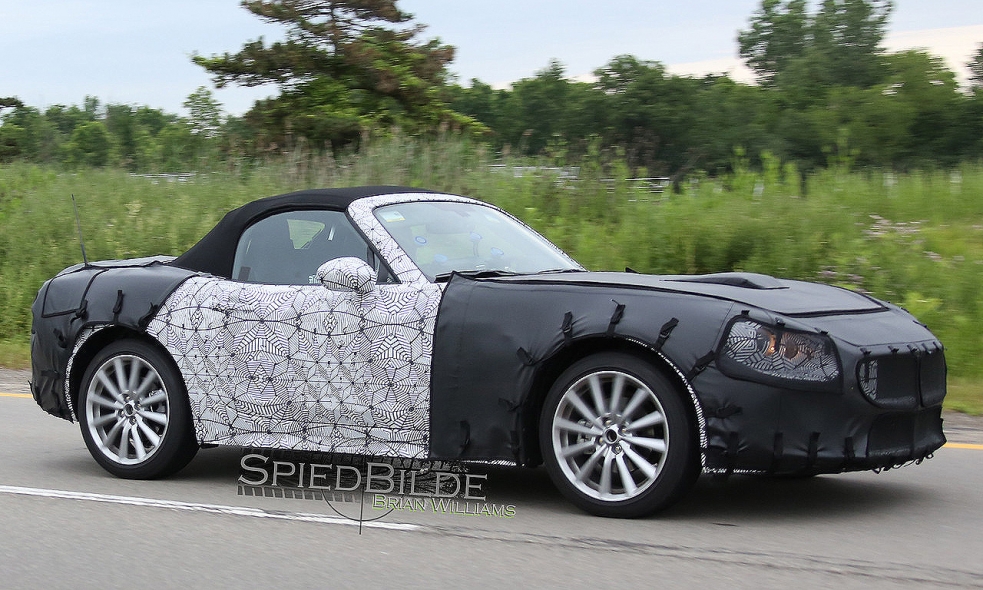 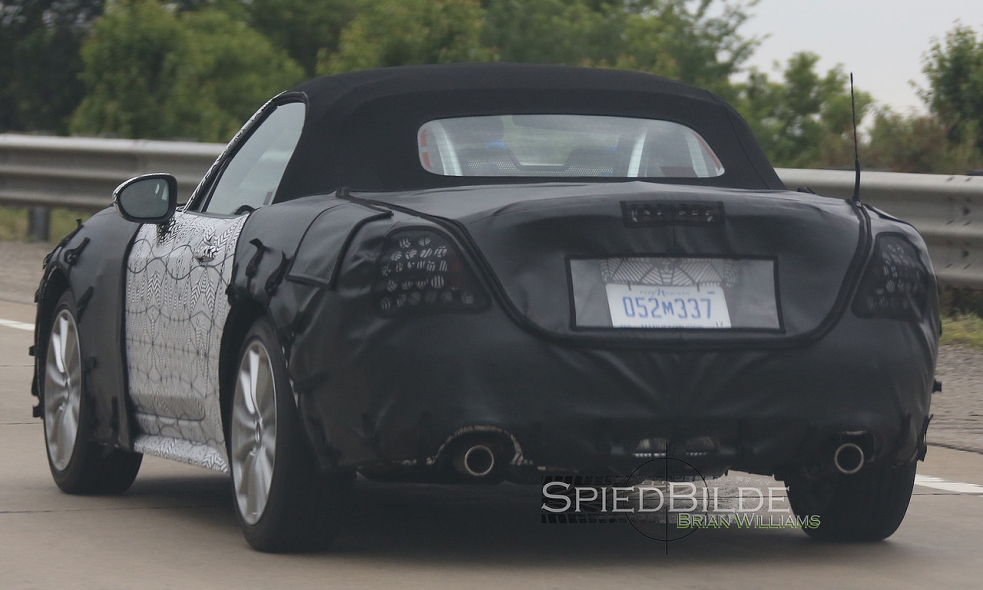 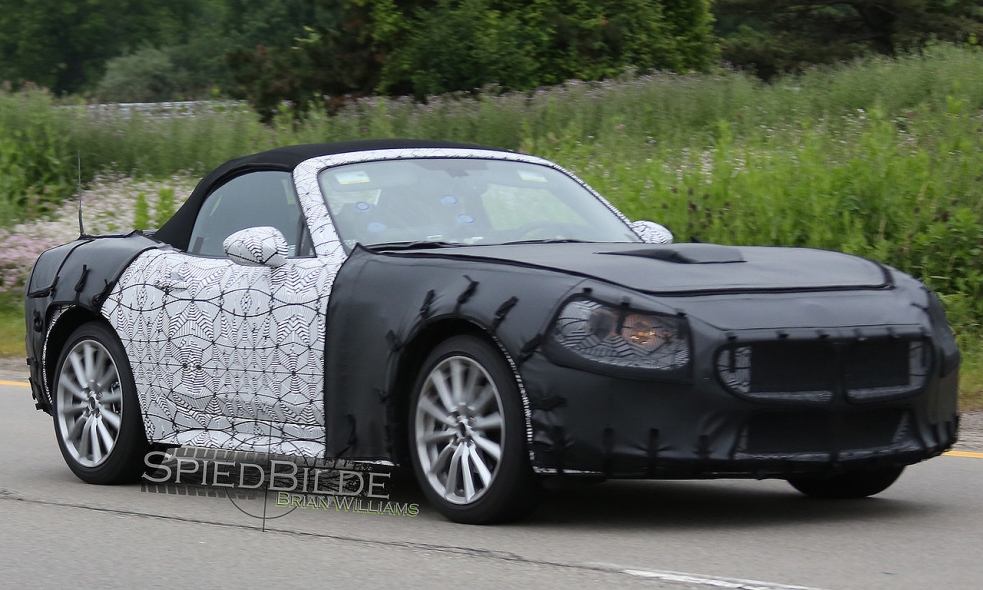 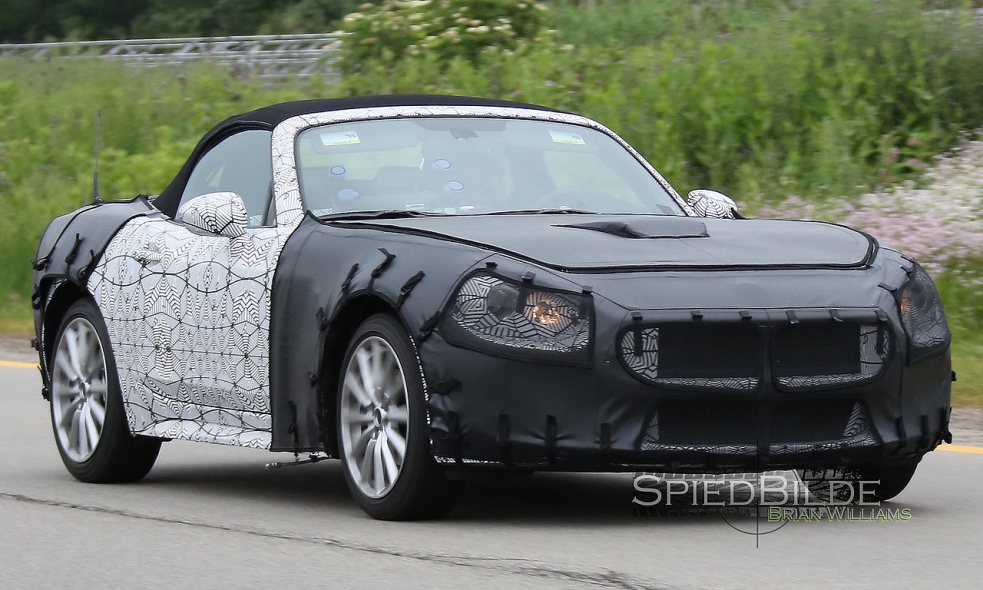 Except for a few spy photos, Fiat's 124 Spider has not been seen.
Share 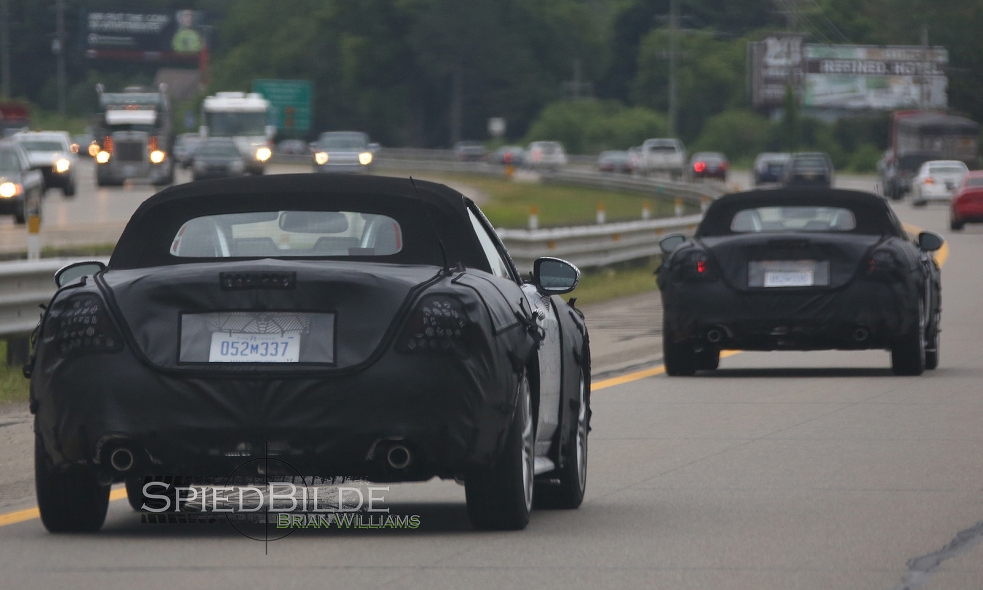 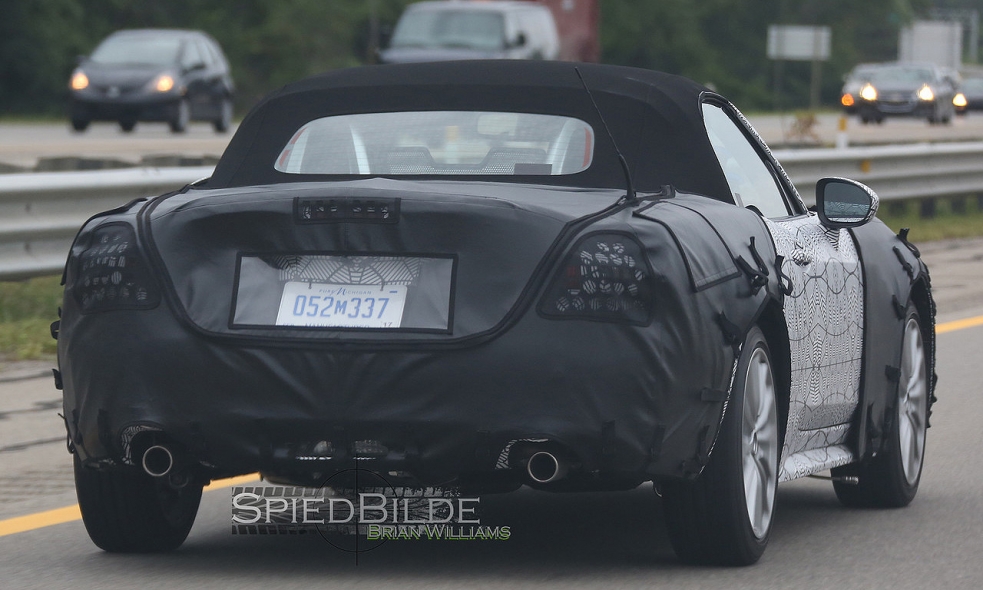 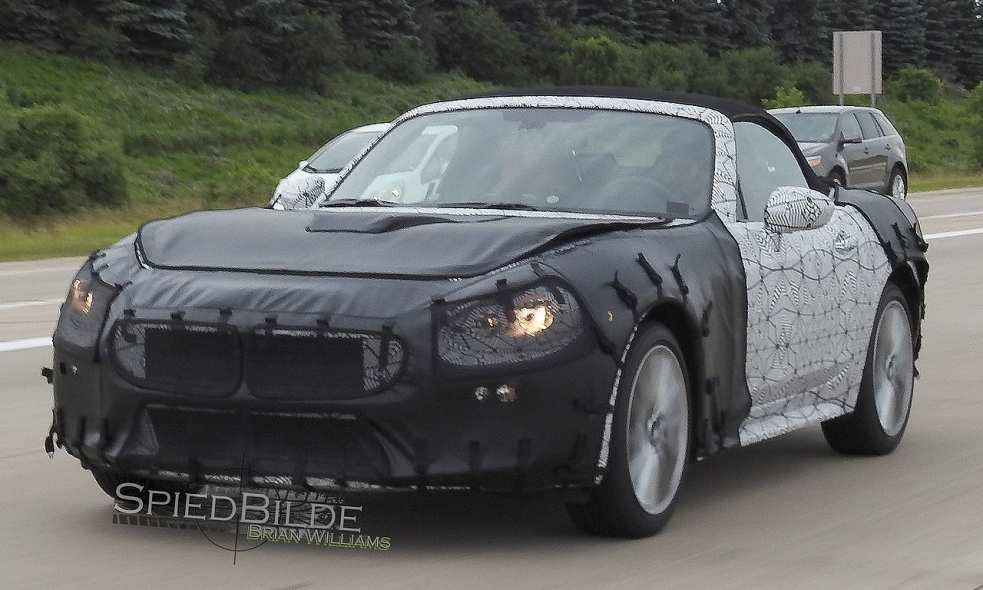 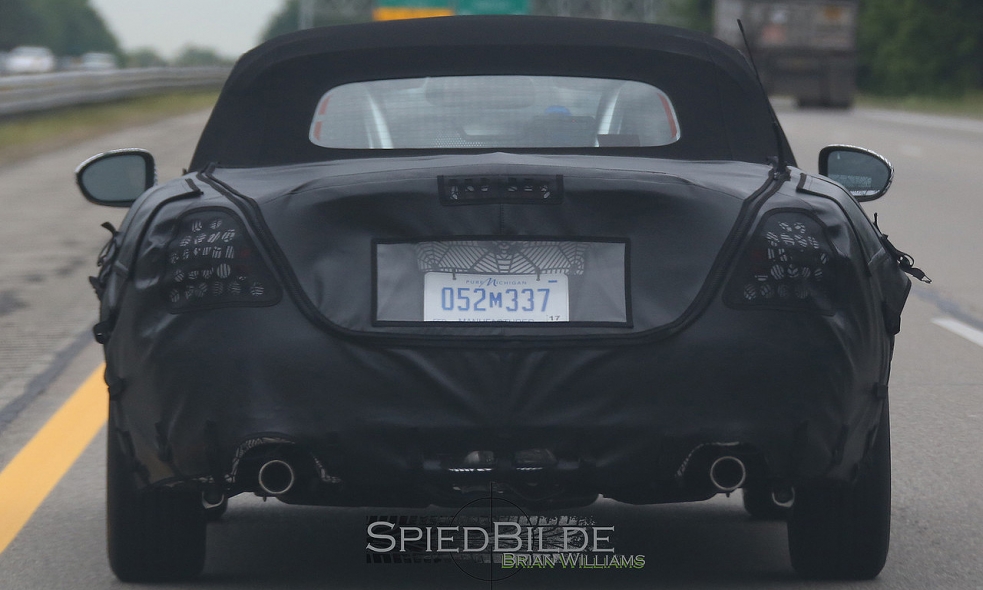 FCA officials have promised that the 124 Spider -- a nameplate that dates back to 1966 -- won’t simply be a rebadged Miata.

The spy photos show what appear to be larger, more expressive headlights and taillights than those used on the Miata, which is launching this summer. But not much else is visible under the heavily disguised test cars.

The car is expected to use Fiat powertrains, mostly likely a 1.4-liter engine and six-speed manual transmission. Such a small-displacement powertrain could give the Fiat 124 decent performance because the car has a base curb weight of just over 2,300 pounds.

The Miata is powered by a Mazda 2.0-liter four-cylinder engine rated at 155 hp. Fiat offers a performance-tuned version of the 1.4-liter “multi-air” engine in the Fiat 500 Abarth. The turbo engine is rated at 160 hp.

Mazda is just now launching the fourth generation of the Miata. The Fiat version is expected to debut later this year possibly at the Frankfurt or Los Angeles auto shows this fall.

Hellcat era set to burn out at Dodge