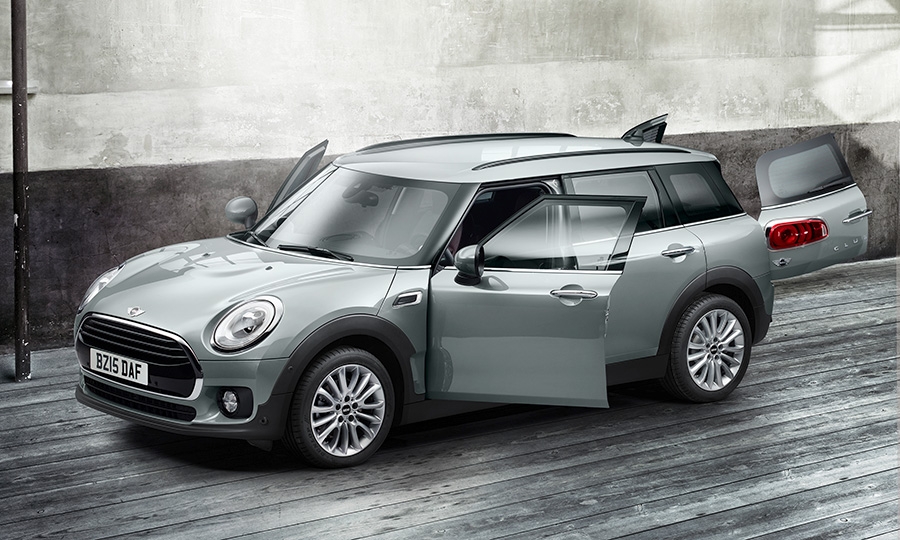 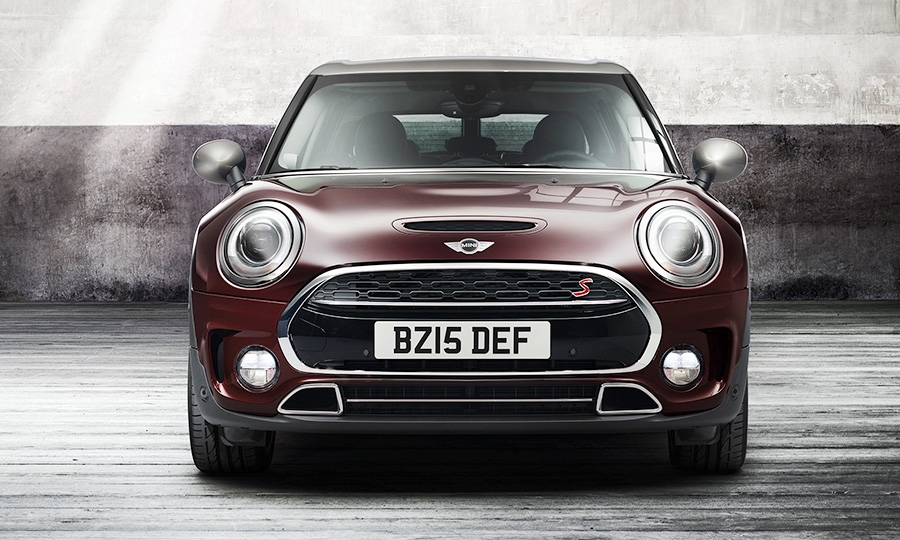 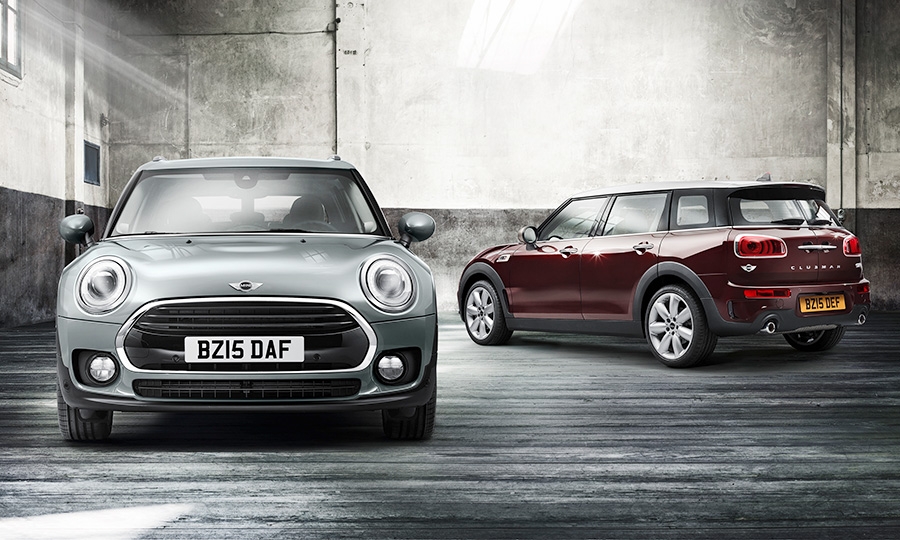 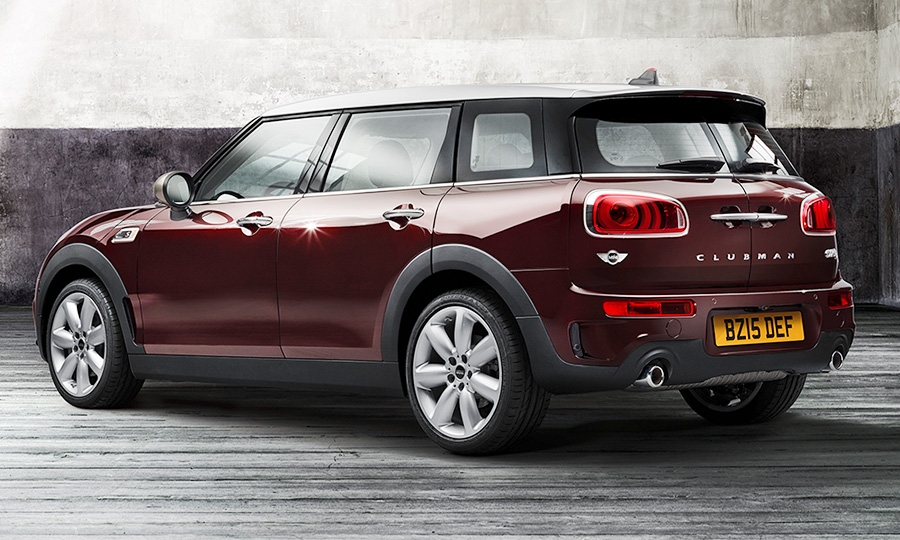 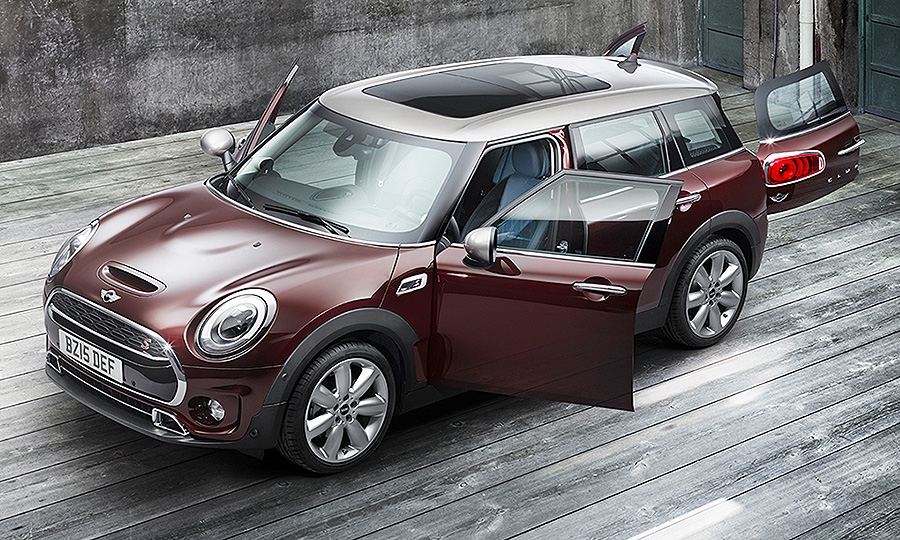 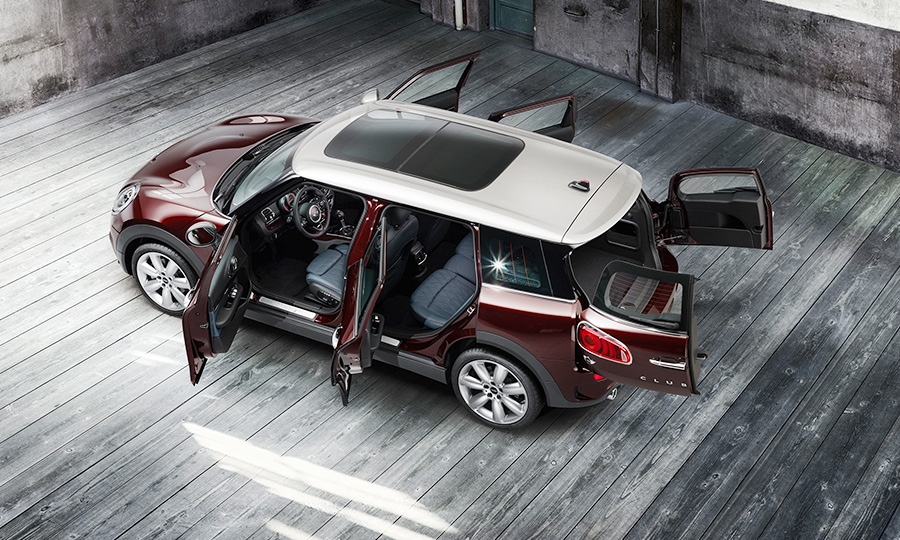 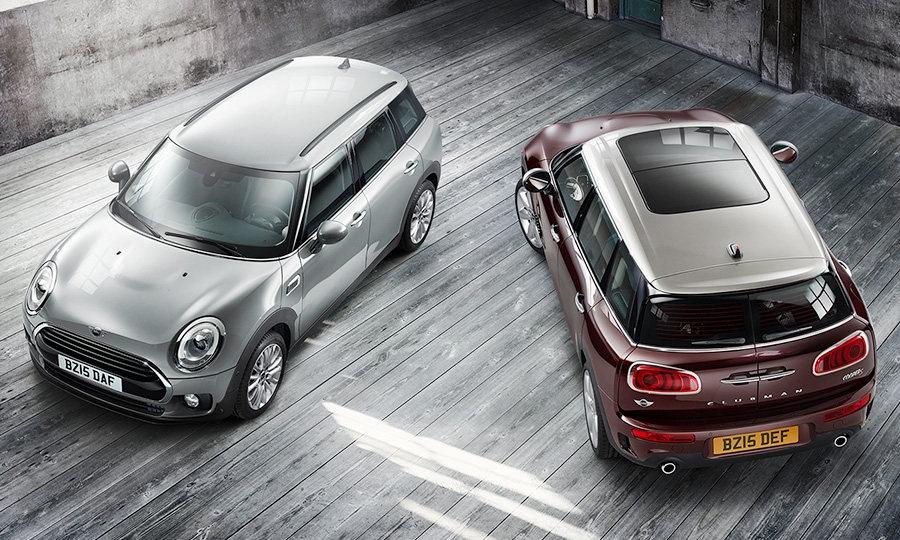 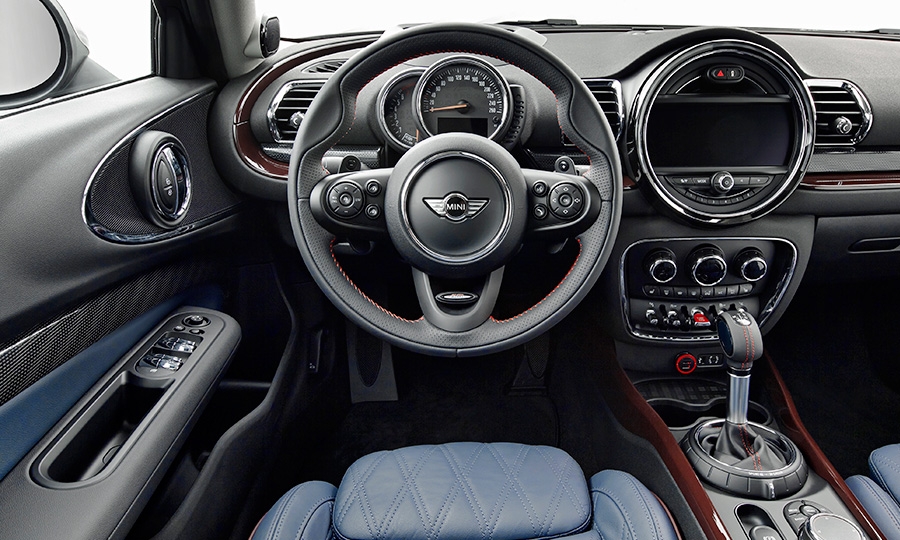 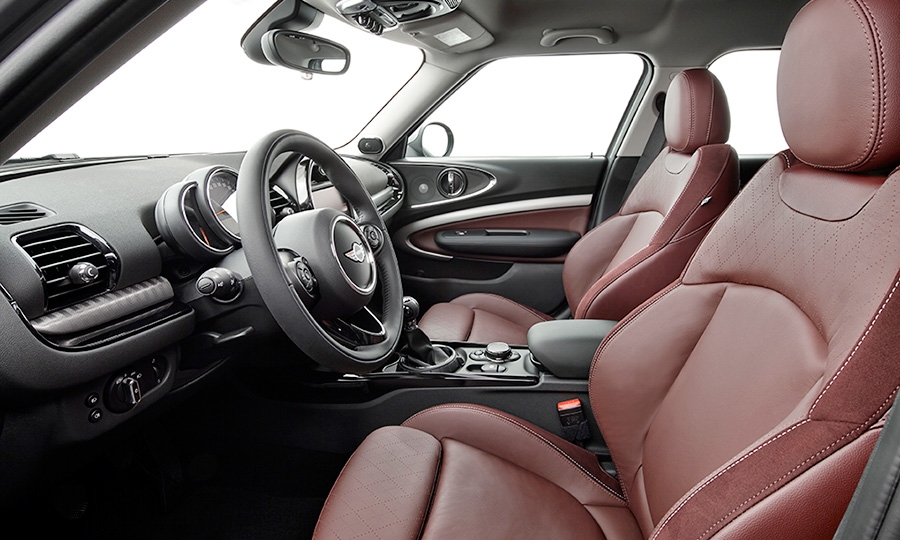 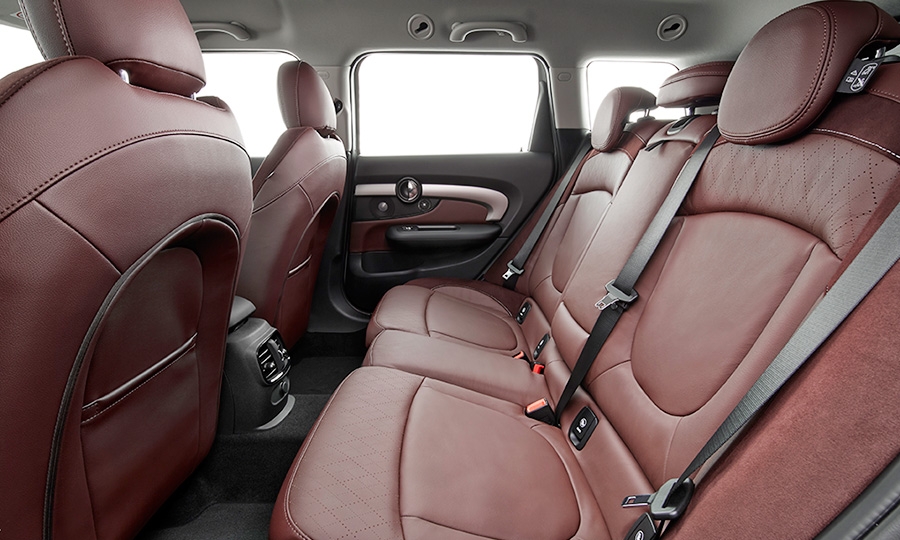 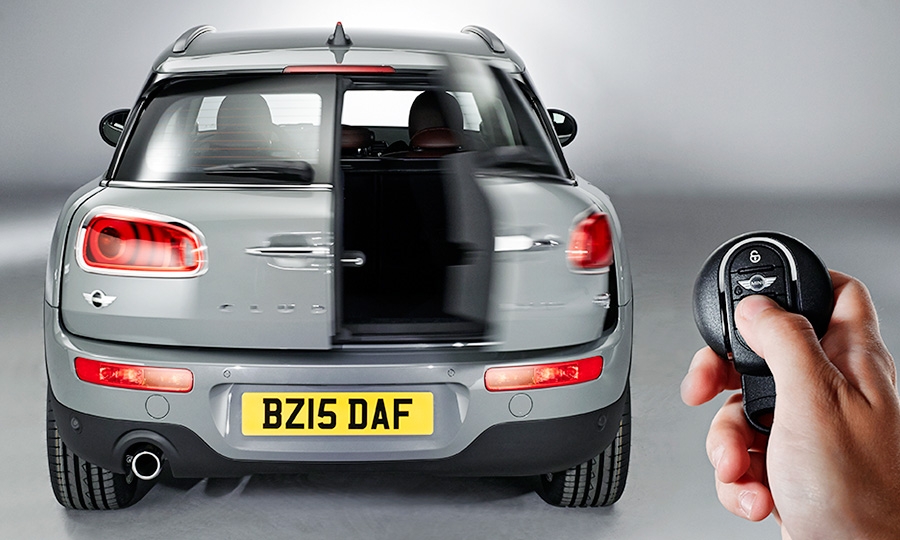 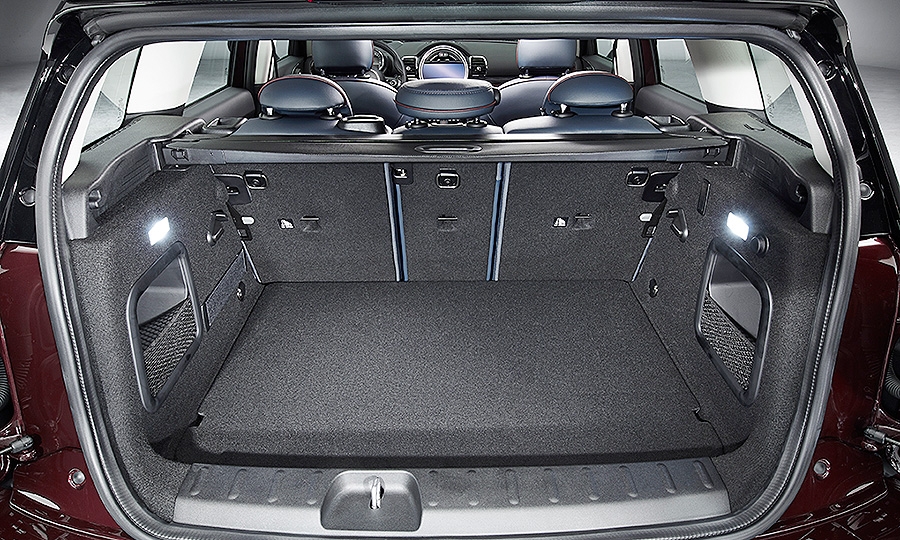 Mini’s redesigned 2016 Clubman wagon will be the brand’s flagship model in the United States because of its larger size and added premium features, says the brand’s U.S. chief.

The new Clubman was unveiled today in Germany. David Duncan, vice president of Mini of the Americas, said the car goes on sale in January in the U.S. The Clubman will be marketed to an expanded customer base.

“There will be a different tonality and a look starting with the Clubman,” Duncan said. “We are going to keep a premium nature -- this is a serious car that someone like a junior executive could use on a daily basis.”

The Clubman will be one of Mini’s five models going forward, including the Cooper hatchback and Countryman crossover as the brand slims its lineup from eight cars. The Paceman, coupe and roadster are being dropped.

The Superleggera Vision has just the shape of its headlamps in common with the current Mini. New design cues include a stretched hood, long wheelbase, and short overhangs.

Mini hasn’t specified which model will be added but said it may add the Superleggera two-seat sports car that has been shown as a concept.

The new Clubman is 12.4 inches longer and 4.6 inches wider than its predecessor and sheds a quirky door design for four conventional doors. It can seat five passengers. Because of the larger size, the Clubman will be a compact -- Mini’s first car in the segment, Duncan said.

The larger size will position the Clubman as a premium compact and away and from smaller volume-brand vehicles such as the Fiat 500 and Nissan Juke.

Production of the current Clubman that launched in 2007 ended in June 2014. Duncan said Clubman sales will likely increase with the debut of the redesigned model, but did not give targets. Mini sold 5,155 Clubmans in 2014 and 2,613 in 2013.

For the first time, the Clubman will have its own interior, Duncan said. Current Mini cars share their interior layout and features, he said.

The redesigned Clubman was developed on a BMW Group platform that spawned 2-series wagons that won’t be sold in the U.S. The redesigned three-door Cooper hardtop that debuted in 2013 and the four-door Cooper that went on sale last year also use the new platform.

“Even though it shares the name with its predecessor, it is truly a new car,” Duncan said. “It is a more premium car and a larger car and will be the largest car in our lineup.”

The 2016 Clubman has a length of 168.3 inches, and it is 56.7 inches tall and 70.9 inches wide. The Clubman is 6.6 inches longer and 0.5 inch wider than the Countryman crossover, currently Mini’s largest vehicle, which rides on the old Mini platform.

Clubman pricing will be announced in September. The 2014 Clubman had a base price of $22,195 including shipping.

Even without the Clubman in its lineup this year, Mini is likely to set a new U.S. sales record, Duncan said: “There is a very good chance. We will have a very good year.”

Mini also announced a new car-sharing program that will be offered as an option for owners and “for a defined circle of family and friends,” the company said. The program will be rolled out in the U.S. in 2016 and details aren’t yet available, Duncan said. “It is still something that is being put together.”

Owners would also be able to make their Mini available to the BMW Group’s DriveNow car-sharing program.

For the first time in a Mini, the Clubman will have a standard electric parking brake and electric seat adjustment. Interior packages will have new ambient lighting and the Mini logo will be projected onto the ground from the exterior mirror on the driver side when the door is opened and closed. LED headlamps, selectable driving modes and dynamic damper control are also new options.