The steep road ahead for Alfa in U.S. 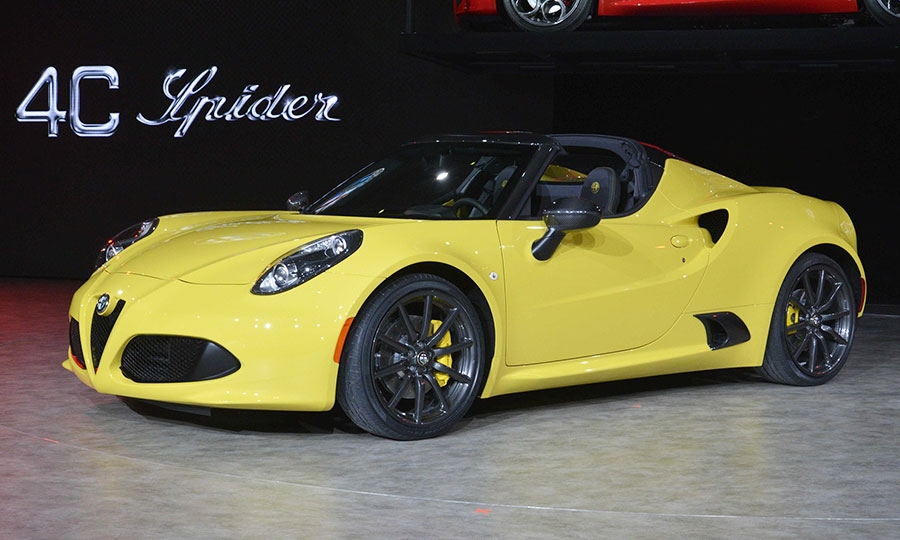 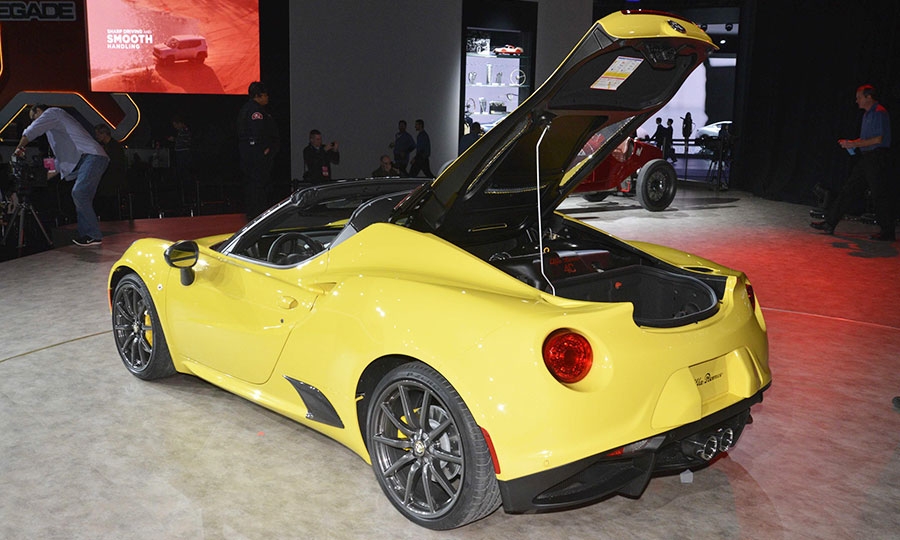 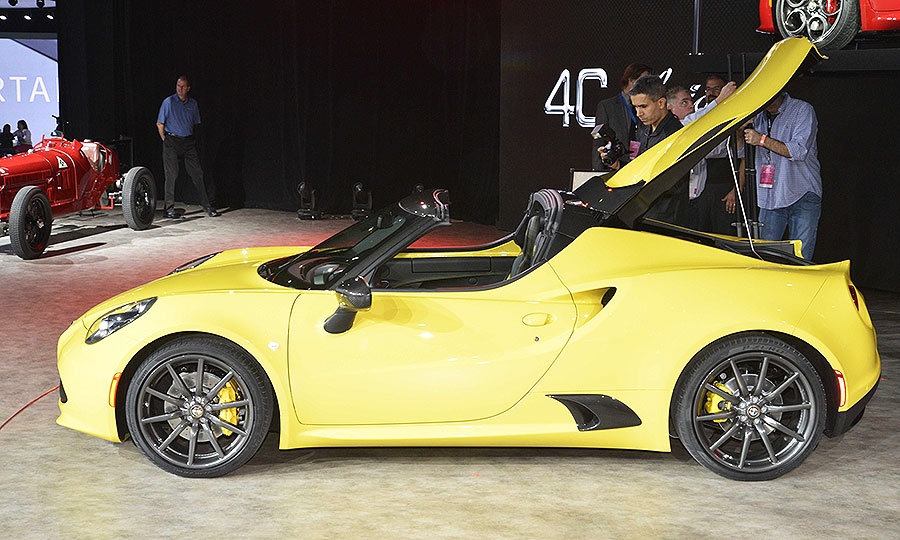 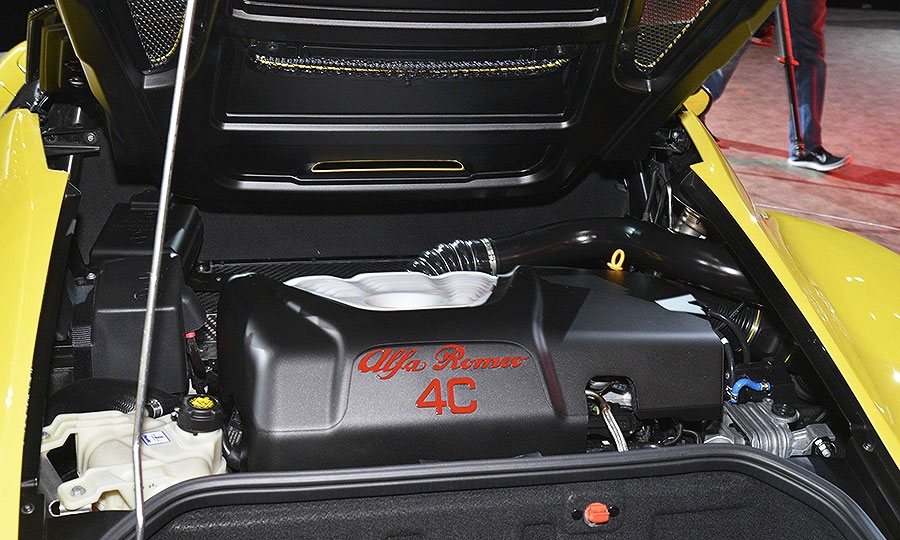 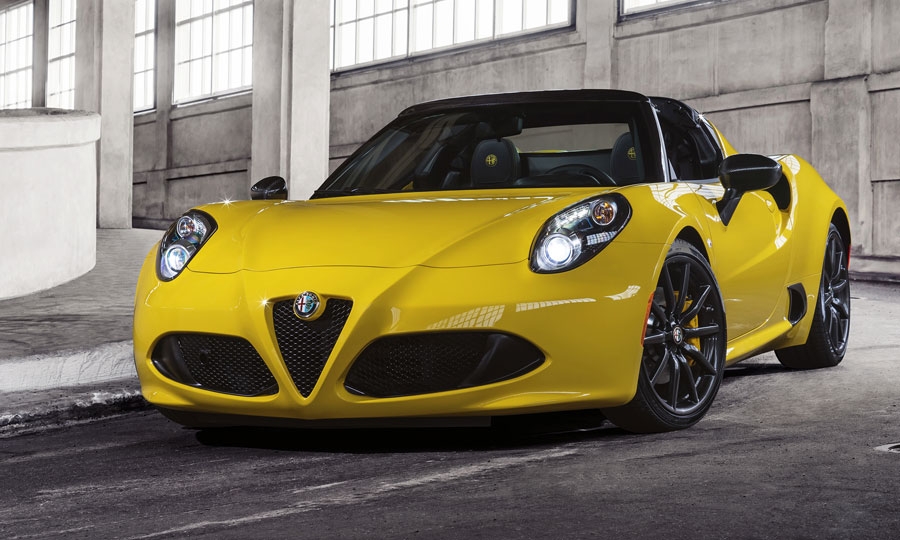 The Alfa 4C Spider is debuting at the Detroit show. 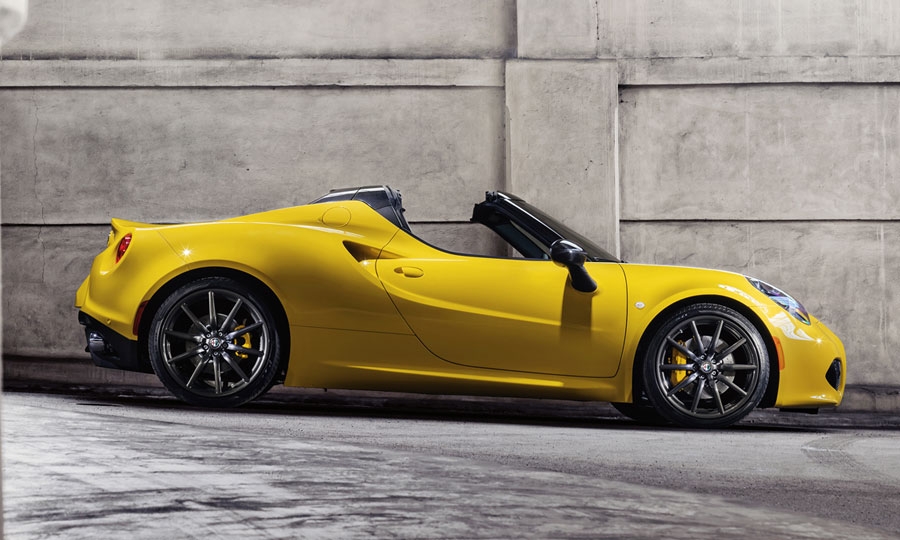 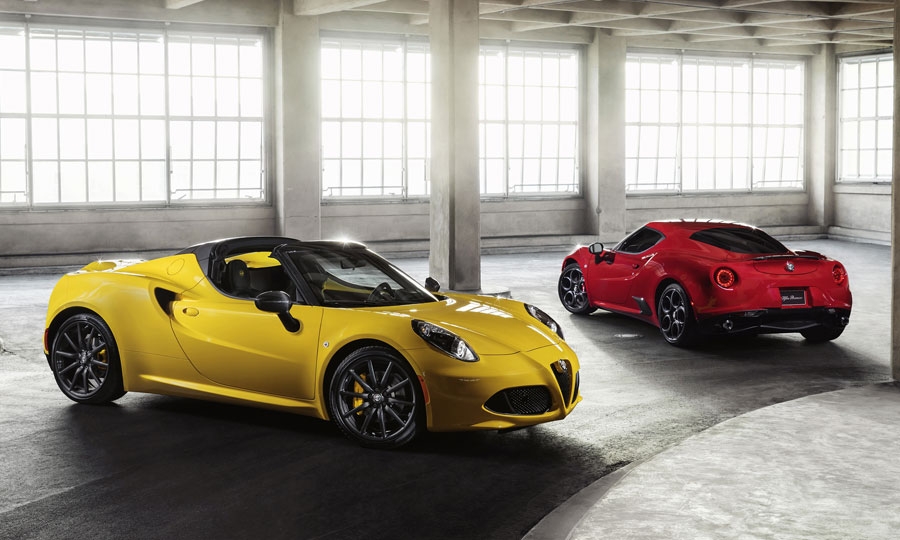 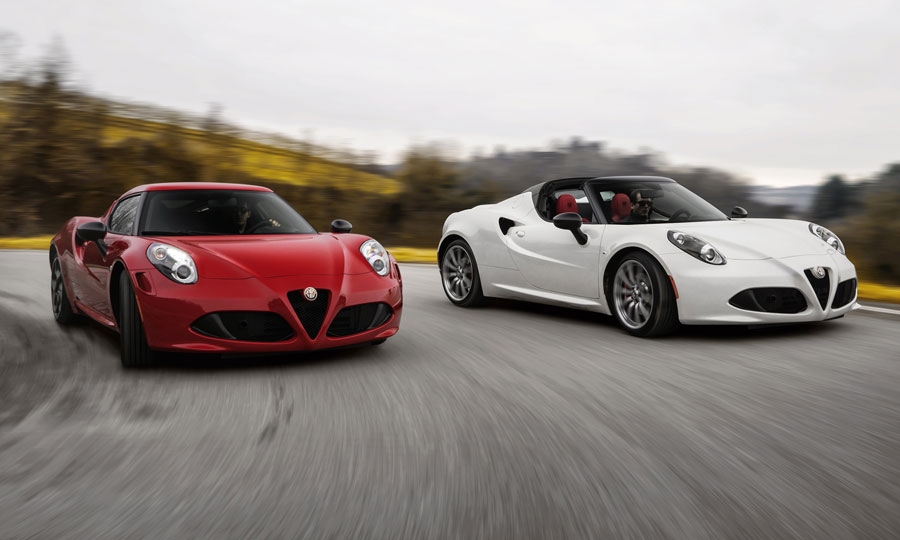 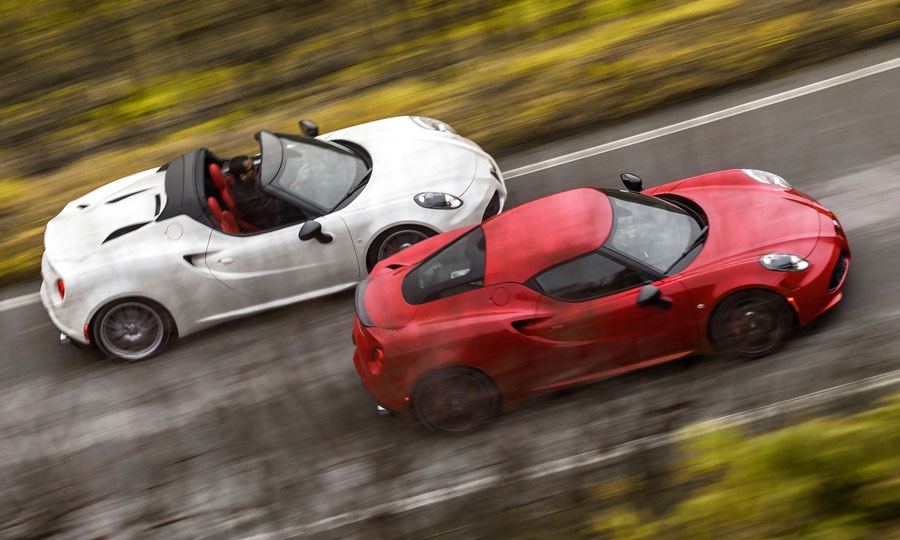 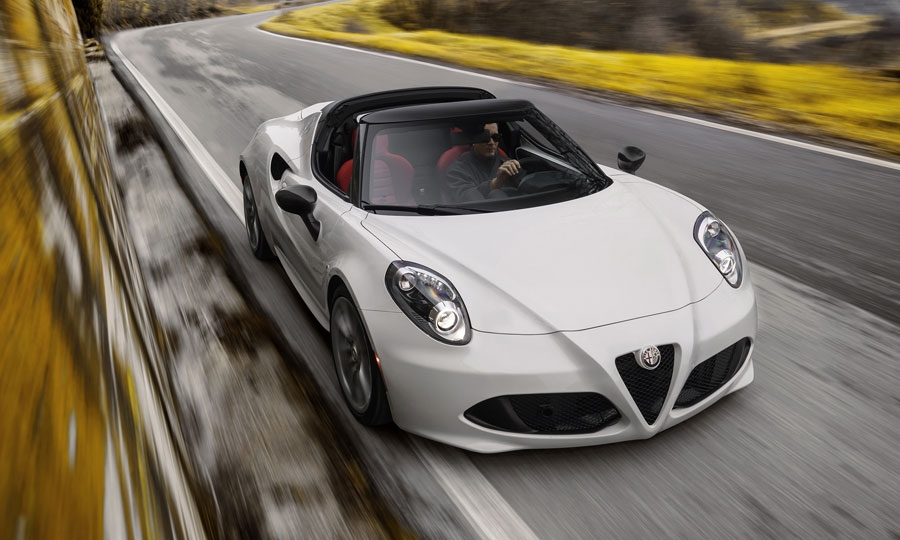 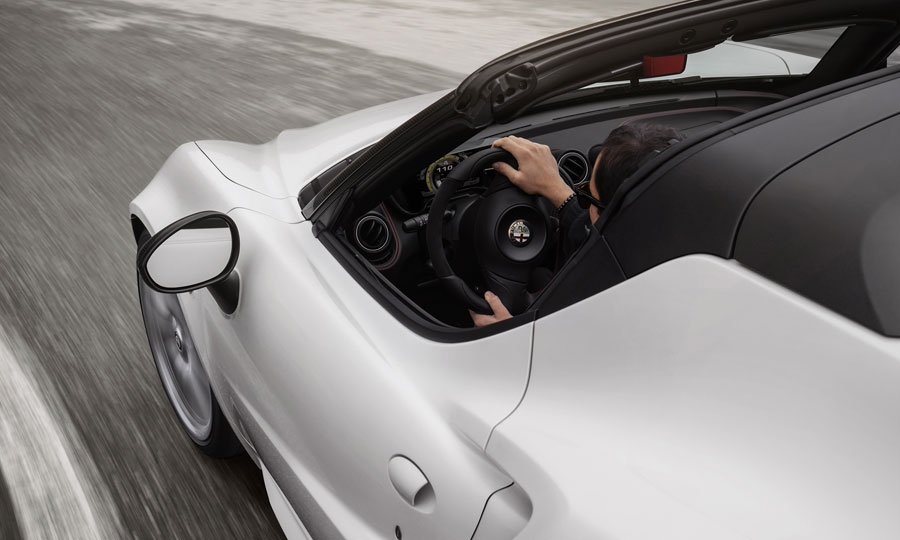 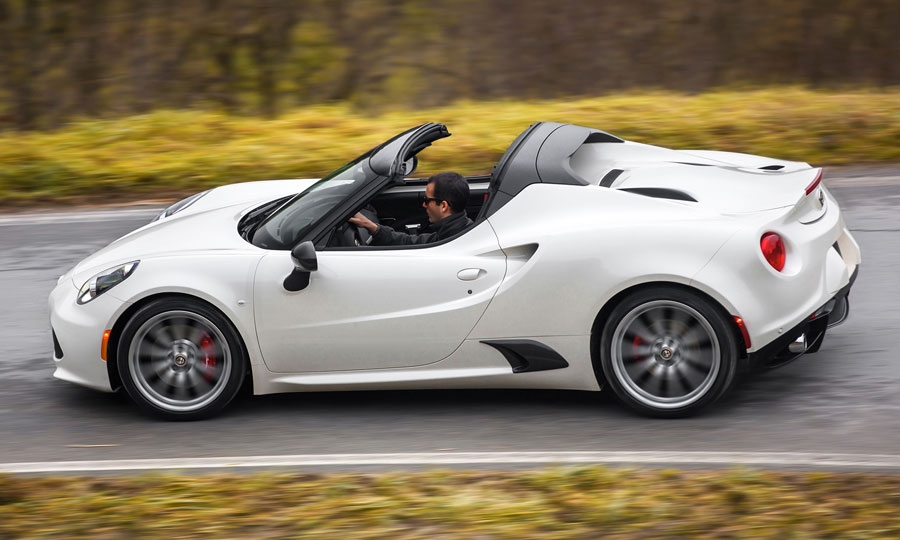 The two-seater's fuel economy is rated at 24 mpg city, 34 highway and 28 combined.
Share 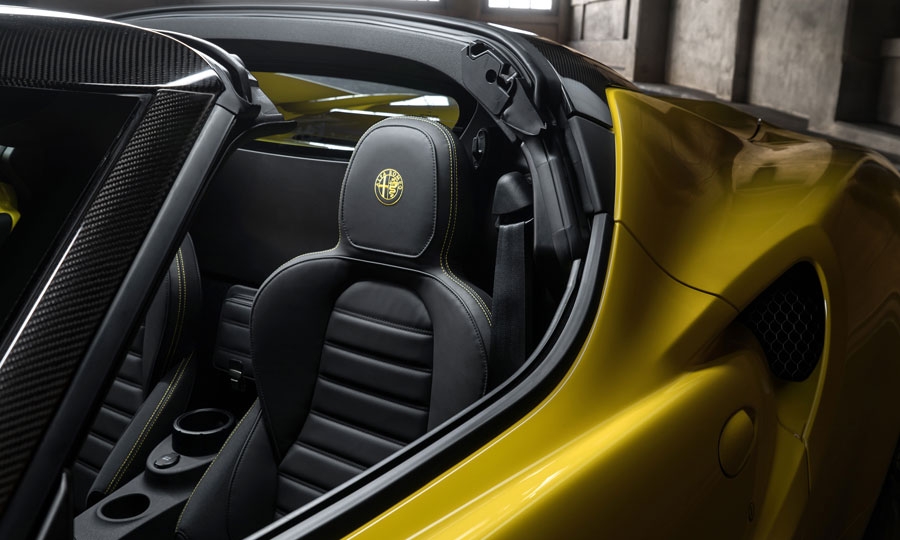 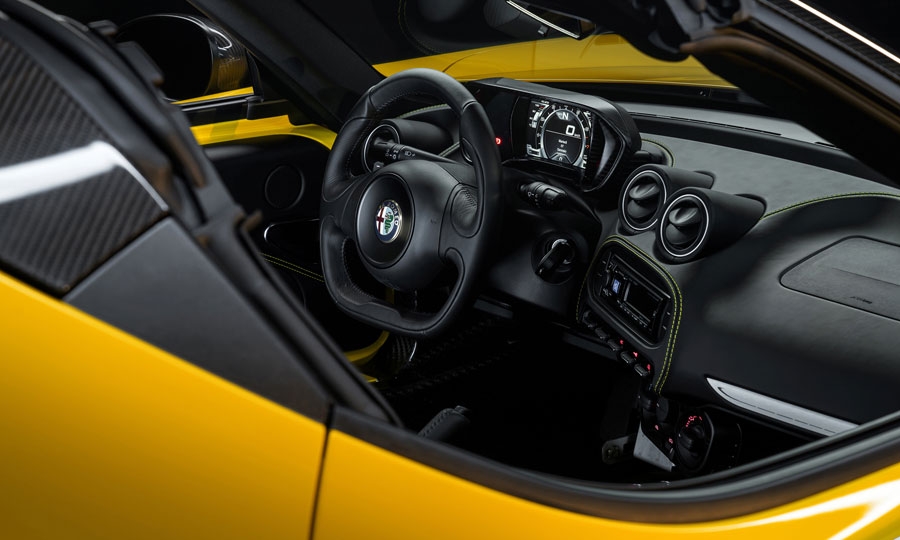 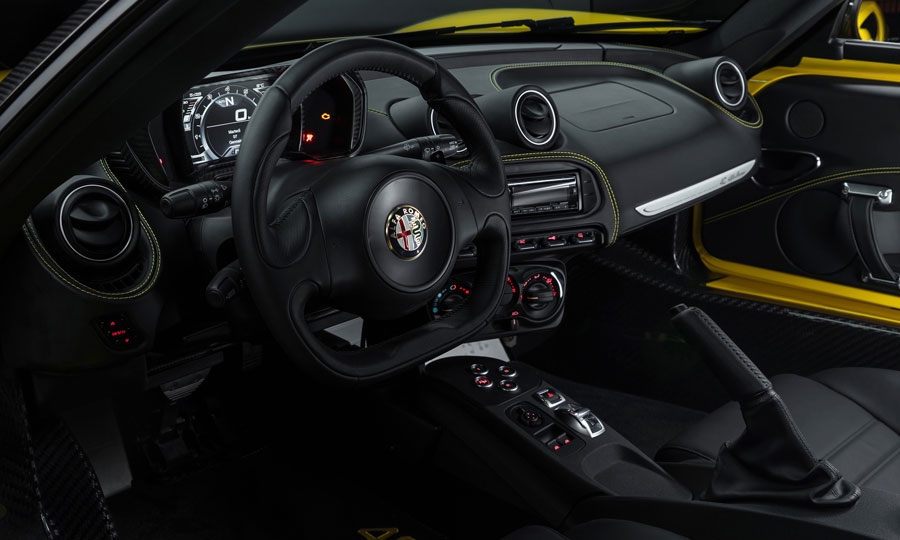 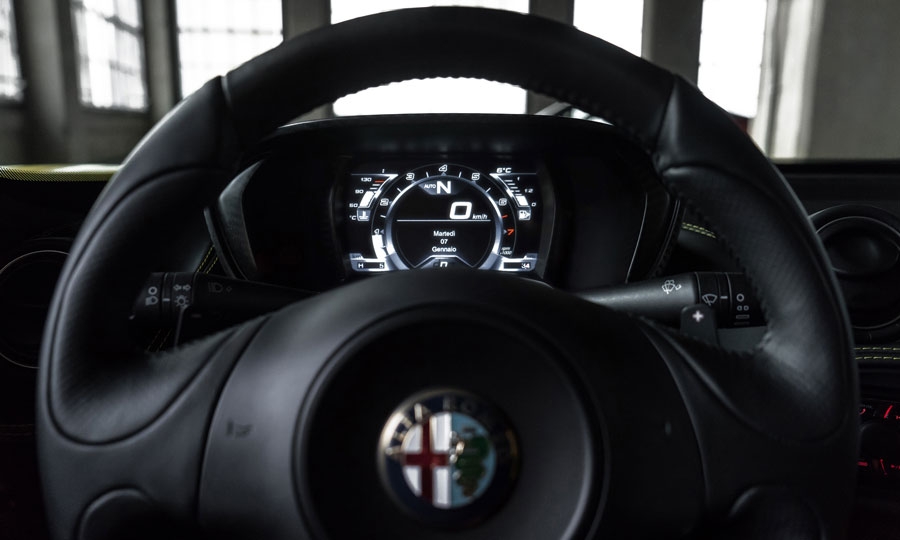 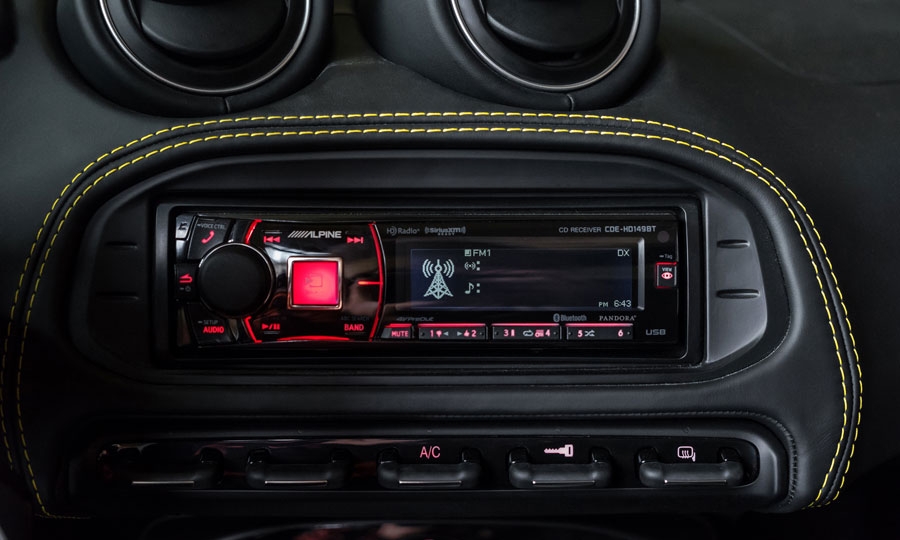 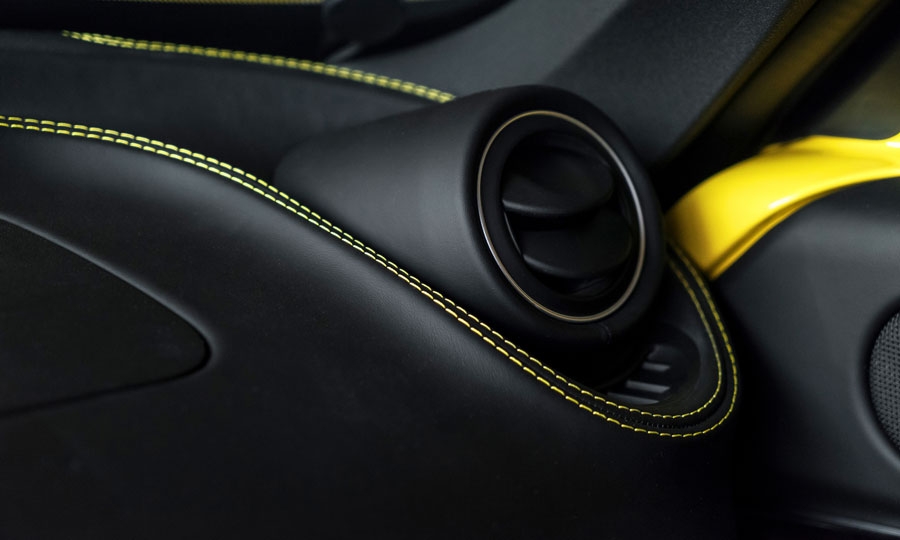 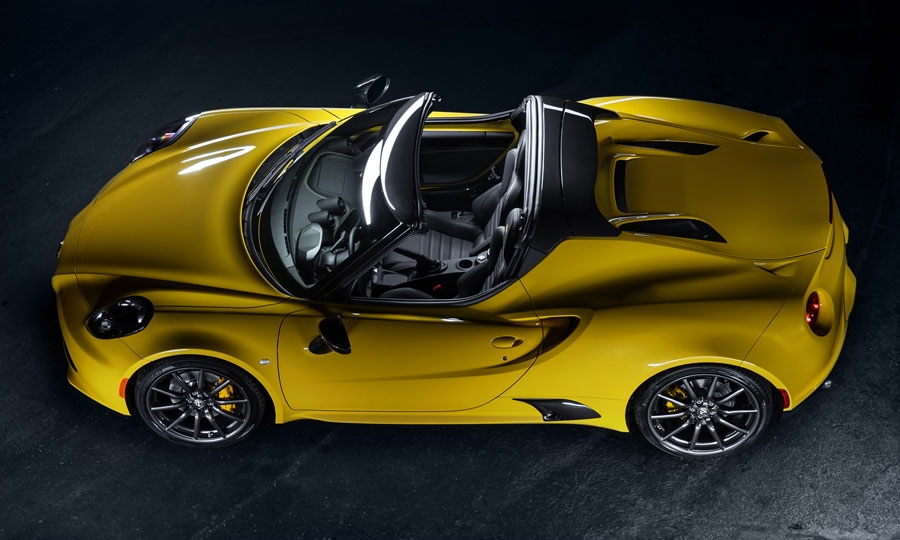 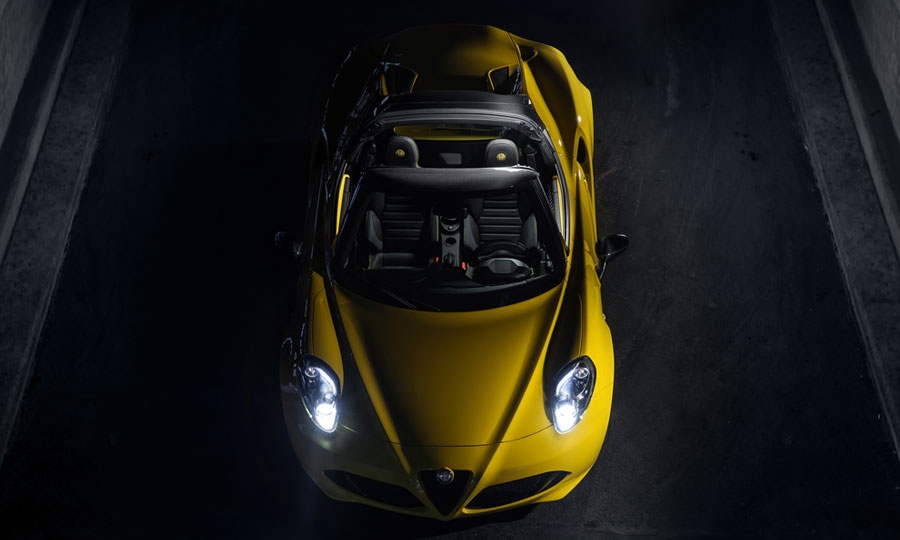 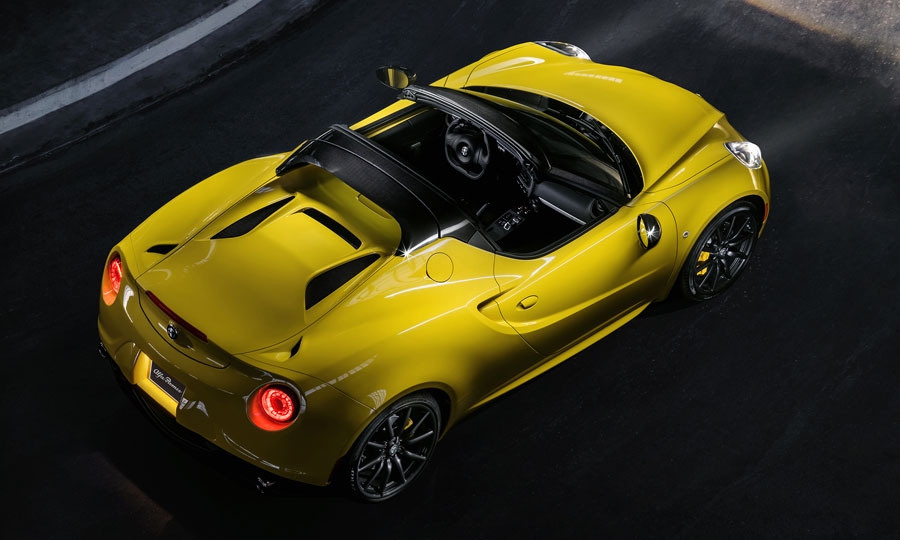 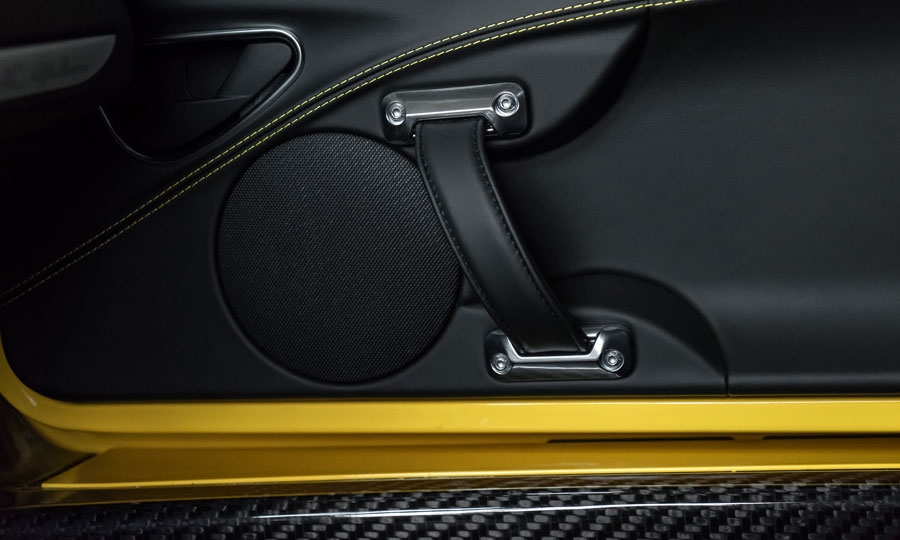 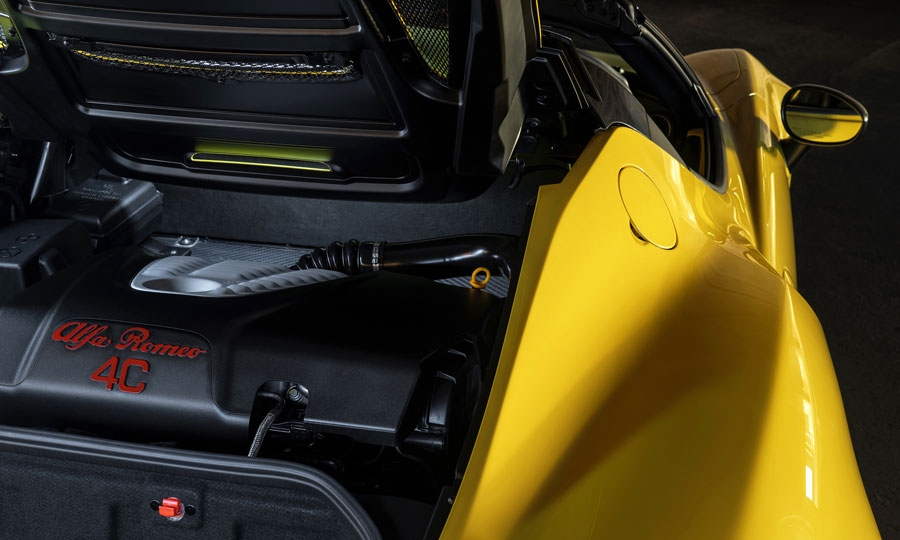 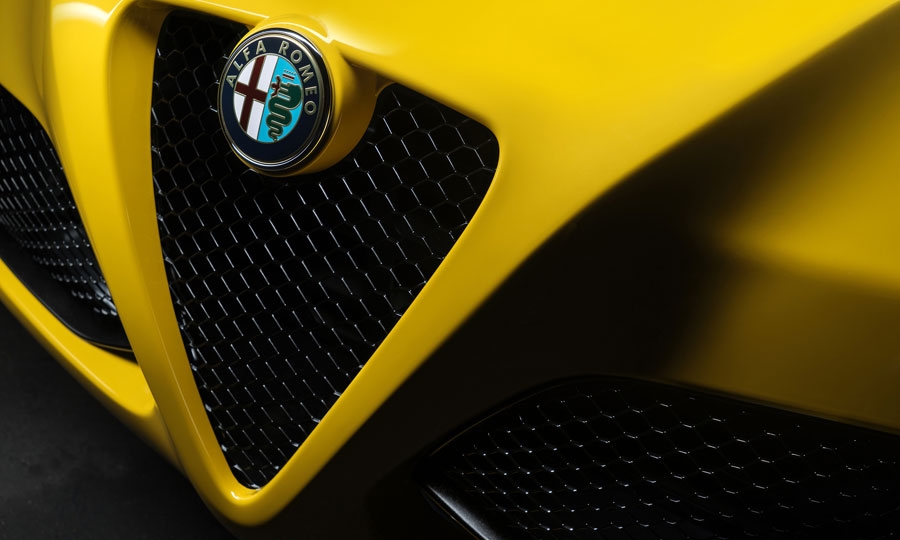 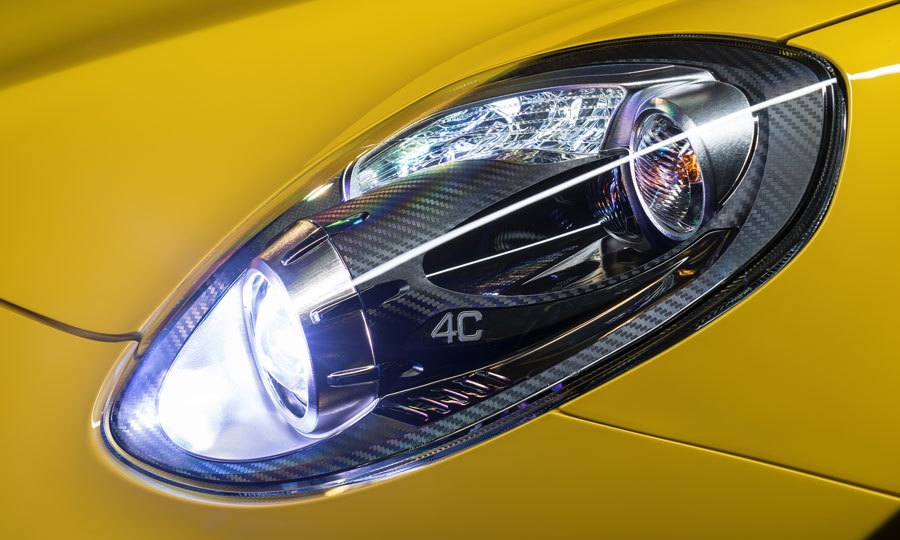 A 44-year-old Alfa Romeo Montreal sports coupe that sold new for $6,000 brought $176,000 at a classic car auction in Arizona. Some older Alfas are commanding auction prices more than 10 times higher than just five years ago.

There is no doubt that Alfa Romeo fans -- the Alfisti -- are passionate. But there is enough doubt that there are enough of them to bring the brand back to life after a 20-year absence in the U.S.

Looking at Alfa Romeo’s history in the United States, you’d probably conclude the brand’s chances are slim of reaching Fiat Chrysler Automobiles’ annual target of 150,000 vehicle sales in the U.S., Canada and Mexico, the NAFTA region, by the end of 2018.

Alfa has made some gorgeous and technically interesting production cars in the last 50 years, but they never sold in high volume. Rarity, you see, has a lot to do with the high prices being paid for original and professionally restored classic Alfas.

I wonder if the fervor among collectors for old Alfas has Fiat Chrysler boss Sergio Marchionne overestimating the demand for stylish new models that capture the brand’s DNA.

I went back into the archives and looked at Alfa’s sales history in the United States. Even if Alfa had a large base of loyal old customers -- which it doesn’t -- 150,000 units annually would be tough, especially in this competitive era. Alfa’s best sales year here came in 1986, when it sold 8,201 cars. Also, Alfa dealers usually ranked dead last in U.S. sales per outlet in the 1970s.

For most of Alfa’s history here, from the 1950s to the mid-1990s, Alfa’s normal U.S. volume was usually between 2,500 and 5,000 vehicles a year. I don’t have the stats for Canada and Mexico, but let’s be charitable and say that Alfa’s volume in both countries added 50 percent to the U.S. total. That’s still nowhere near 10,000 vehicles a year.

Alfa’s lineup back in the late ’50s through the ’90s consisted of a two-seat convertible sports car, called the Duetto, then Spider, or some variation thereof, and usually a sporty sedan or coupe or sometimes both.

But three models were the most you’d find in an Alfa store. Alfa was in the U.S. market for a long time. So, why didn’t it grow?

I tracked down Craig Morningstar, Alfa’s longtime public relations manager who worked for the company from the 1970s until the end. Alfa’s perennially low U.S. volume was not always because of lack of demand or the patchwork dealer network, Morningstar told me. Alfas sold well in Europe, and the cars that were sold there needed a lot less modifying than American market vehicles.

In other words, Alfa made more money selling its cars in Europe than it did selling them here.

“The limit to our sales always started in Italy. It was always something,” Morningstar said from his home in Kansas City, Kan. “They couldn’t build enough cars. We sold 30,000 cars a year in Germany in the 1970s. The factory said, ‘Why fiddle with all those American emissions and safety and regulations?’ Plus, the United States was such a physically huge market that it took a lot of people to cover. We just never grew enough in this country to command the volume we should have.”

The GTV6, a handsome, V-6-powered sports coupe that debuted in 1971, came out about the same time as the wildly popular Datsun 240Z. The GTV6 was a missed opportunity, Morningstar said, to really grow the Alfa brand in the United States.

“The GTV6 had really great volume potential,” Morningstar recalled. “Germany wanted them. Italy wanted them. But Alfa could only produce so many.”

Producing Alfas in enough volume likely won’t be an issue this time around.

According to Fiat Chrysler’s five-year plan, Alfa plans to show a midsize sports sedan, expected to carry the Giulia name, on June 24. It joins the 4C sports car, which, by the way, has generated a grand total of 255 unit sales in the U.S. this year. That’s an average of about 63 sales per month.

Alfa’s product plans through 2018 show the lineup growing to include six additional vehicles, including two utility vehicles. Still, the road to 150,000 units annually in NAFTA is steep. Morningstar believes Alfa has the potential to sell far more than it ever did in the past, but, he says, 150,000 will be tough.

His advice for Reid Bigland, head of Alfa Romeo for North America: Study Alfa’s U.S. history, tap into the passion that car collectors have for Alfa and, most of all, nail quality. The cars have to be built right and be easy to fix quickly.

Largely forgotten these days is that Chrysler and Alfa Romeo have history.

In 1989, Chrysler and Alfa formed ARDONA -- Alfa Romeo Distributors of North America. It was a joint venture to market the Alfa 164 sedan and grow the brand.

Some Chrysler stores added Alfa Romeo, but it didn’t go well. A recession, poor quality and other issues forced Chrysler to exit the deal after just three years.

Says Morningstar: “They need to know the mistakes we made in the past.”

4-wheel steering: Can it finally turn the corner?