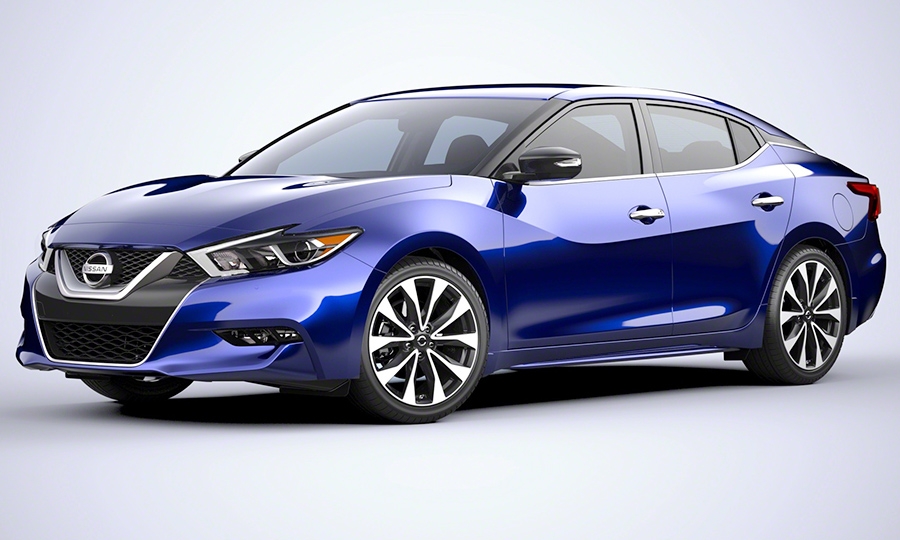 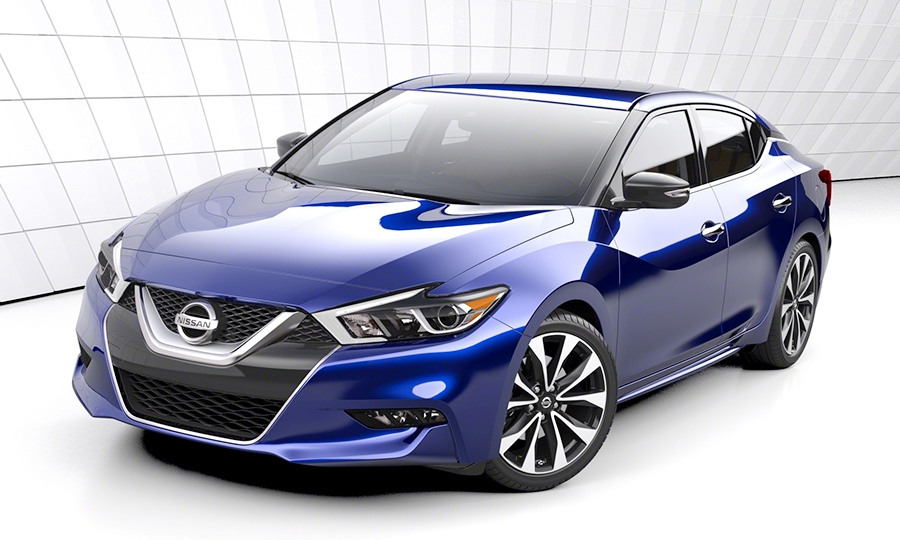 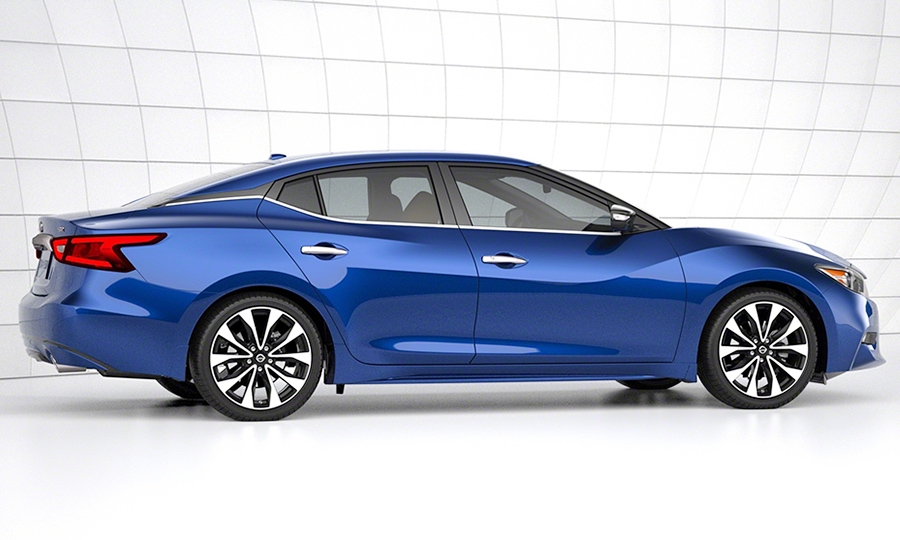 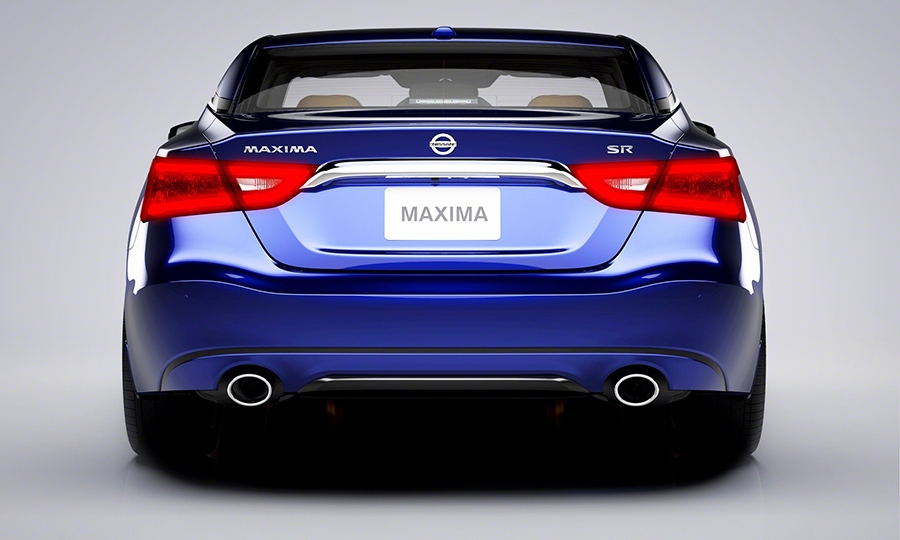 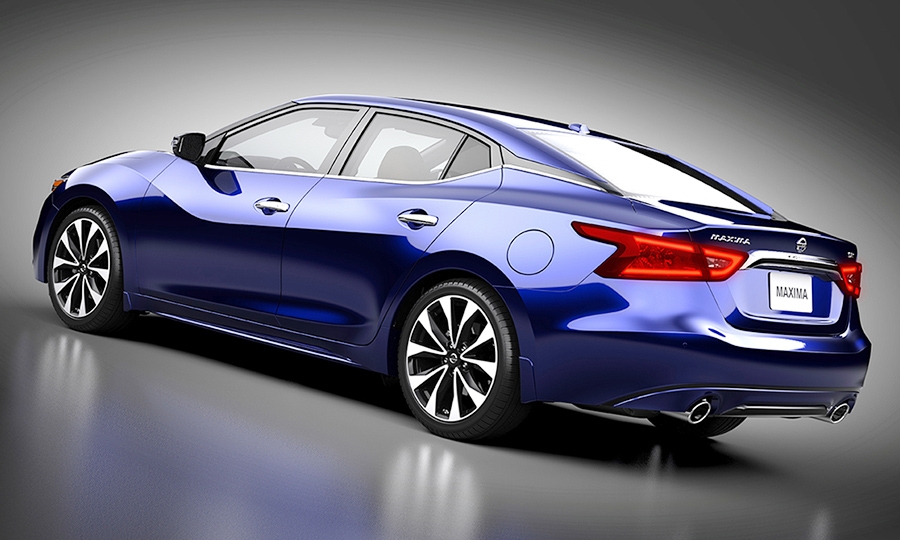 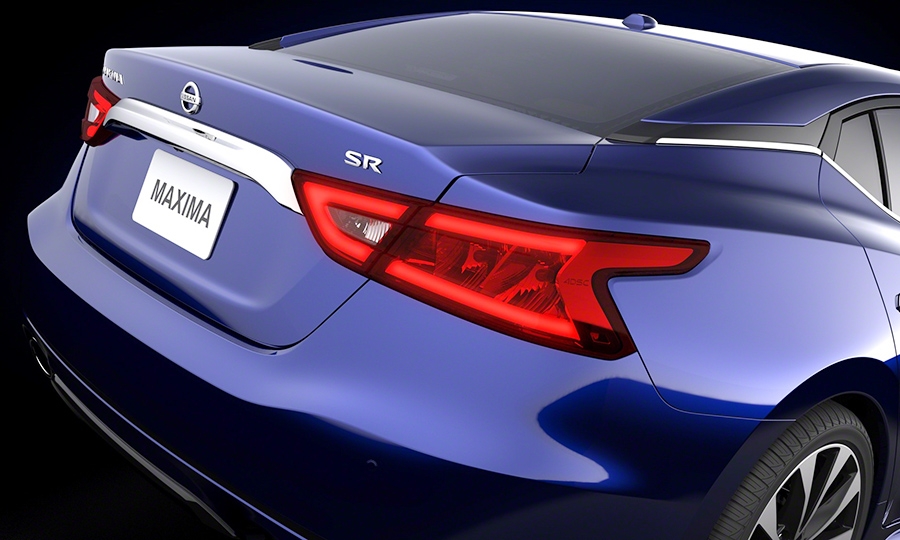 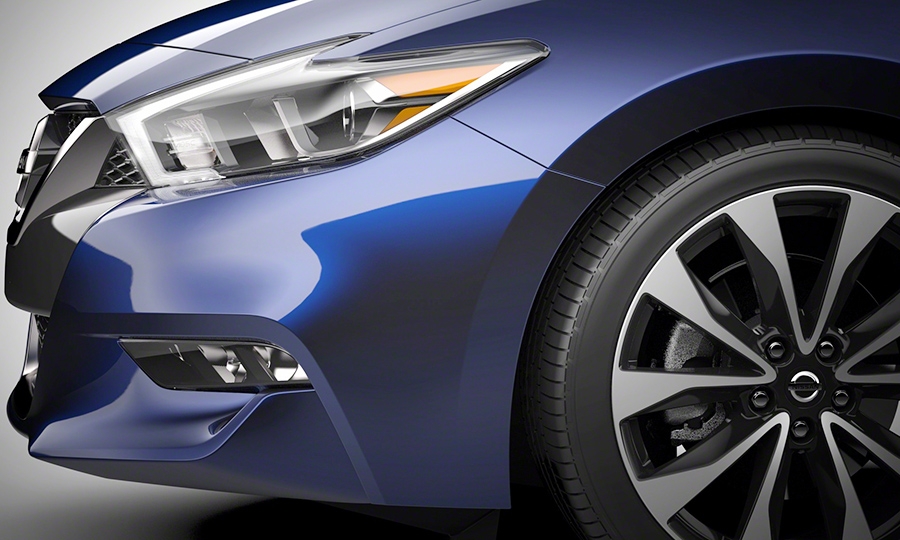 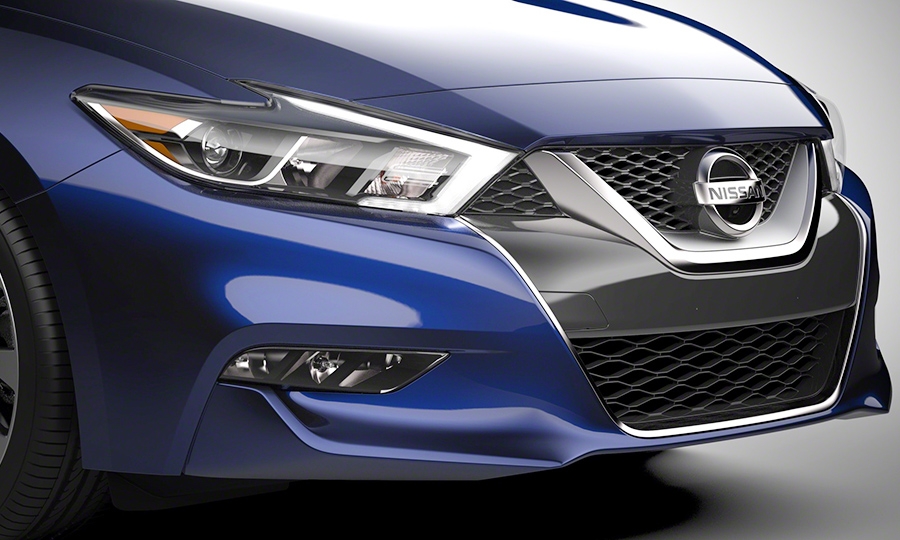 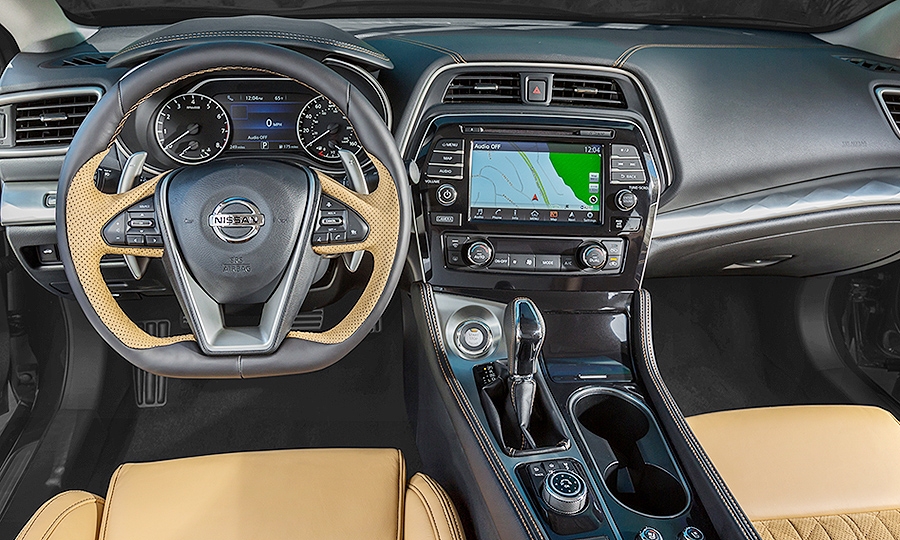 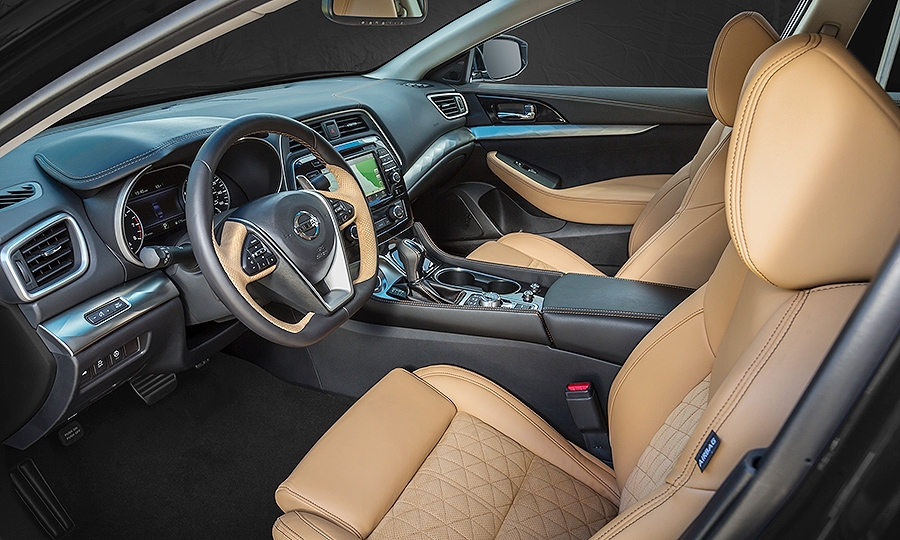 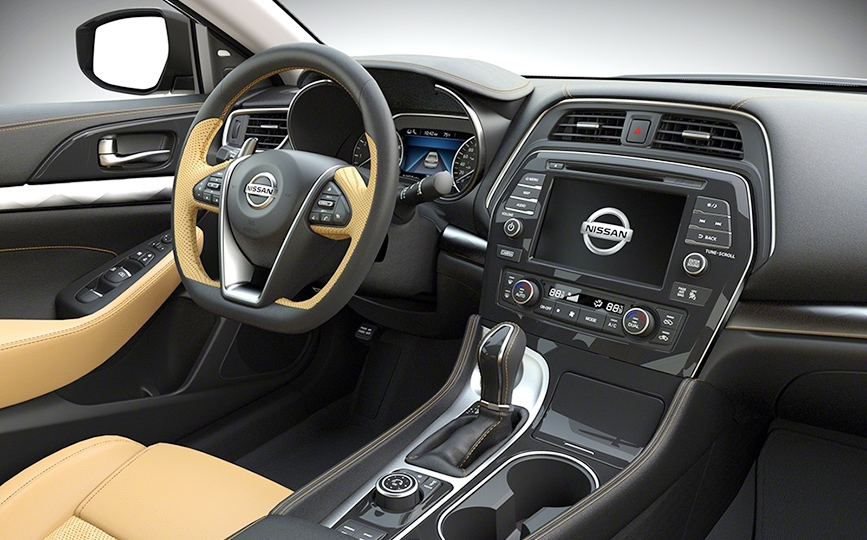 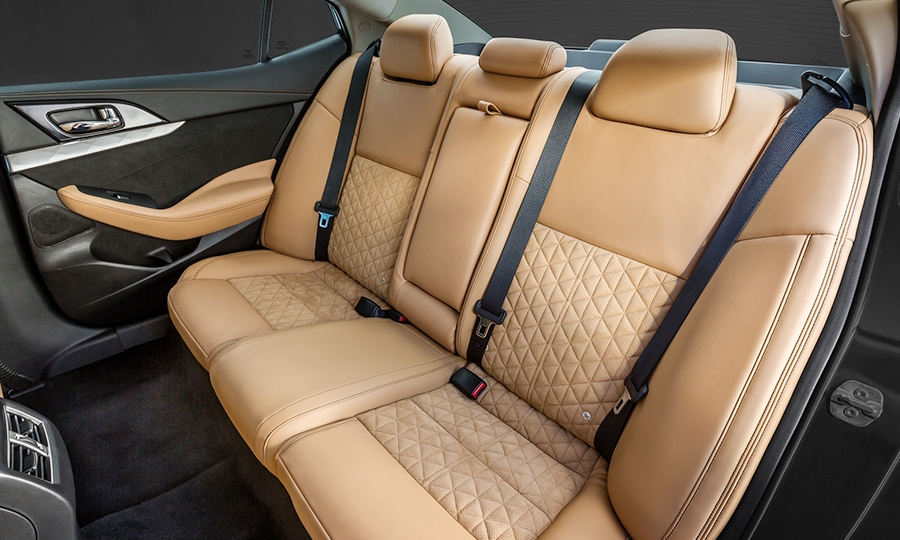 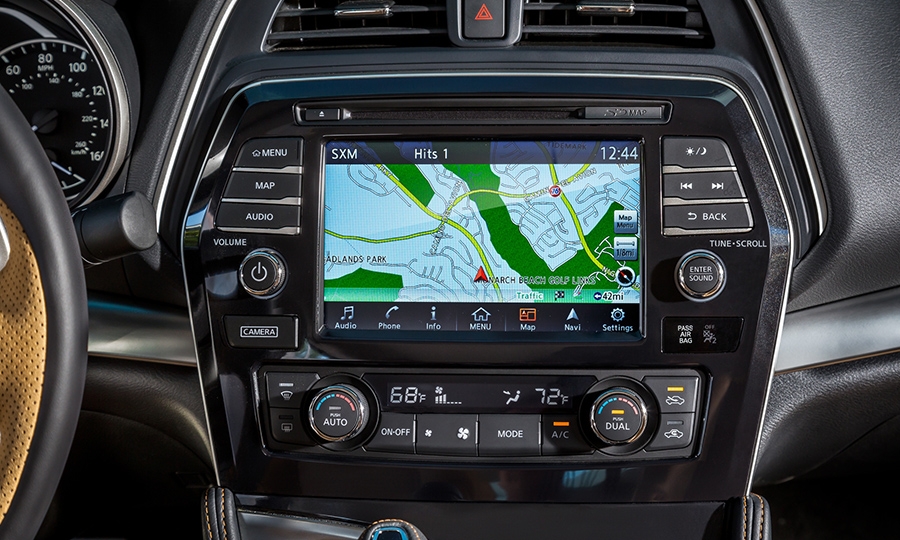 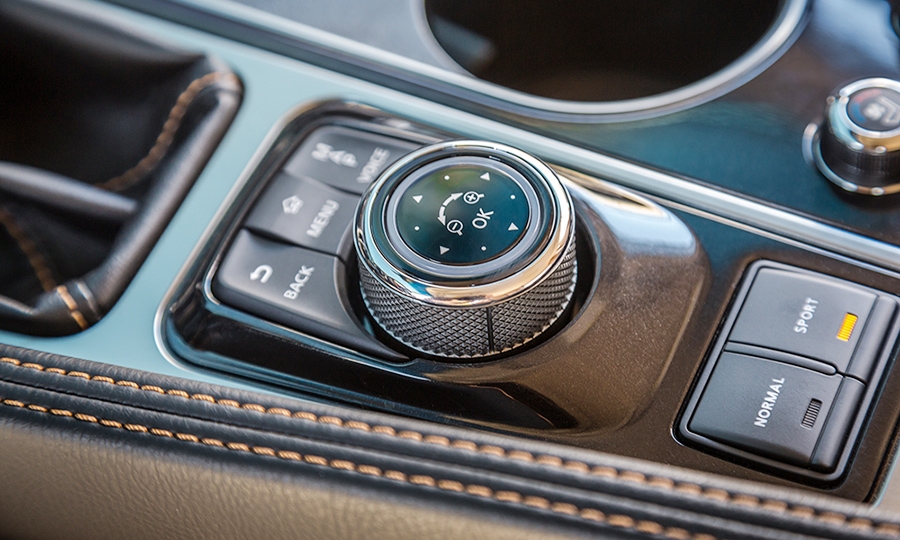 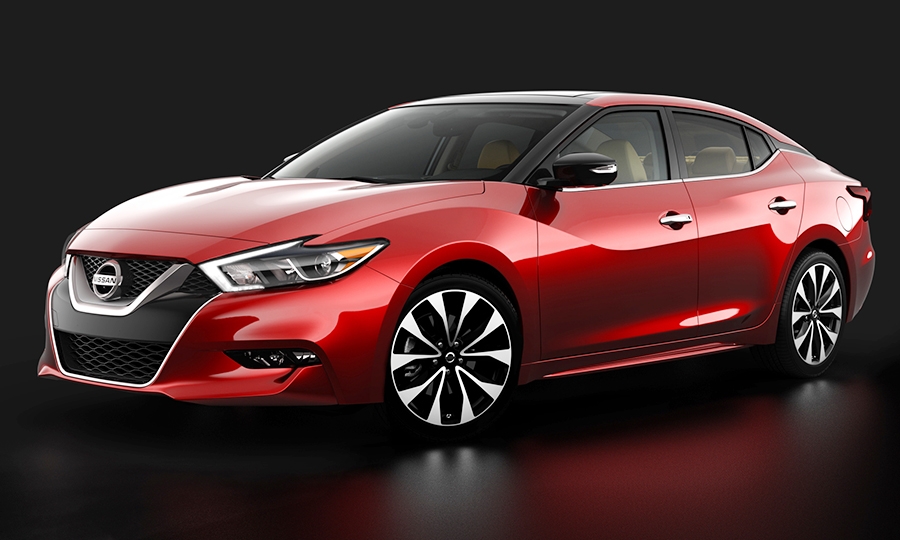 The company hopes the changes intercept sedan customers who are leaning toward BMW, Acura and other luxury brands.

Unveiling the creation in New York this morning, Nissan rolled out a production car that is barely toned down from the flashy Sport Sedan Concept car that it showed New York show audiences last year.

The ’16 Maxima -- the eighth generation of the nameplate -- shows the same sharply creased side panels as the concept car, a fastback-styled rear window and a snubbed tail end. Its front and rear fenders and quarter panels are deep-draw stamped to give it an accentuated sense of muscularity. The car also comes with a dual panoramic moonroof, diamond-cut 19-inch wheels and leather and suede-like Alcantara interiors.

The car will carry over its 3.5-liter, 24-valve V-6 engine, paired with a redesigned continuously variable transmission to boost acceleration. But 60 percent of the 2016 model’s engine parts are new, including the adoption of the sodium-filled exhaust valves used on Nissan’s GT-R sports car, and the Maxima’s power increases to 300 hp, up from 290 on the outgoing model.

“Very frankly, it’s hard to conquest customers out of a luxury brand once they’re in it, and that’s not what we’re after with the Maxima” says Vishnu Jayamohan, product manager for the new car. “We plan to reach people who are luxury intenders and stop them in their tracks.”

“Full-size sedan sales have dwarfed considerably during the last few years,” Anand said in an email. “Nissan will have to do something significant to not only start the Maxima off hot, but sustain that momentum.”

When it goes on sale this summer, the Maxima will have a checklist of new features to capture new attention. Among them:

That 15-minute analysis of each trip will become the car’s baseline to judge how the driver should be handling the car. If handling motions begin to veer outside that norm, the Maxima will assume the driver is getting drowsy -- and the dash light will suggest it’s time to perk up.

To guarantee the quality and consistency of the automated process, Nissan’s traditional interior supplier Calsonic located new technology from a German industrial sewing firm, Keilmann Sondermaschinenbau Lorsch, and installed the technology at its U.S. operations in Lewisburg, Tenn.

Last year, Nissan sold 50,401 Maximas in the United States, a decline of 6.5 percent from the year before. Its direct competitor, the Toyota Avalon, declined 5.4 percent last year to 67,183.

“In our view, the Maxima has continued to be a strong performer,” Jayamohan says. “We see opportunity in this segment, even if some people believe it is contracting.

“We’ve put more technology and features into the car to raise its appeal,” he says. “And you’ll get them even in the base-level model -- we’re not keeping all the tech and toys for the higher-end model.”

Sponsored Content: Toward hyperconnectivity: 5 ways to position your business to profit from connected car