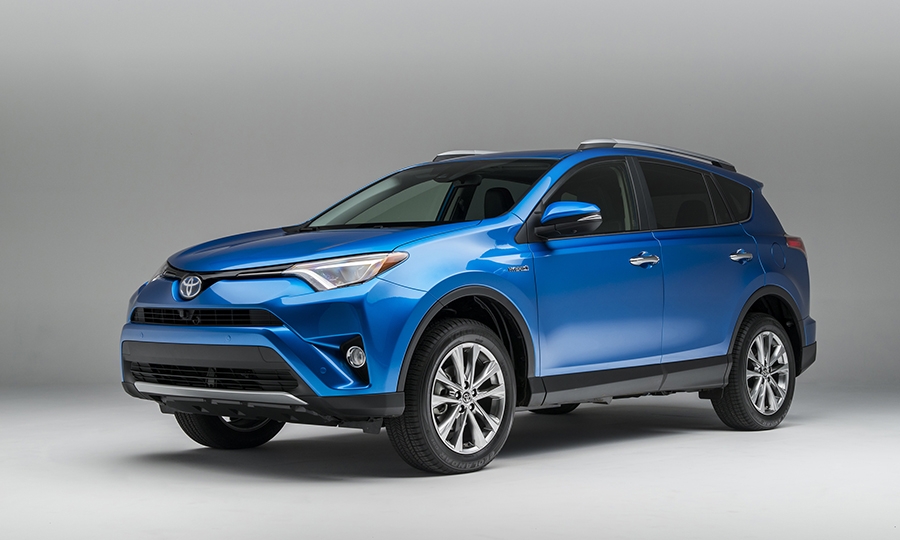 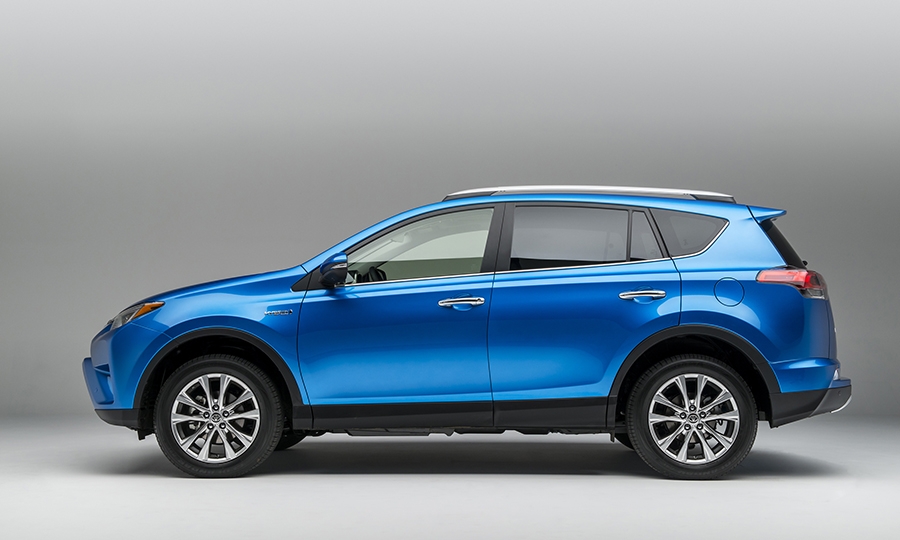 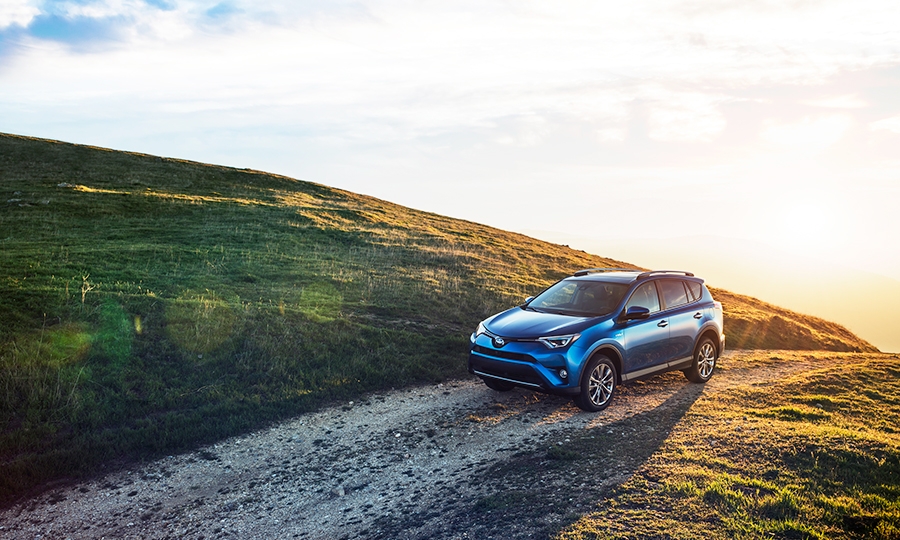 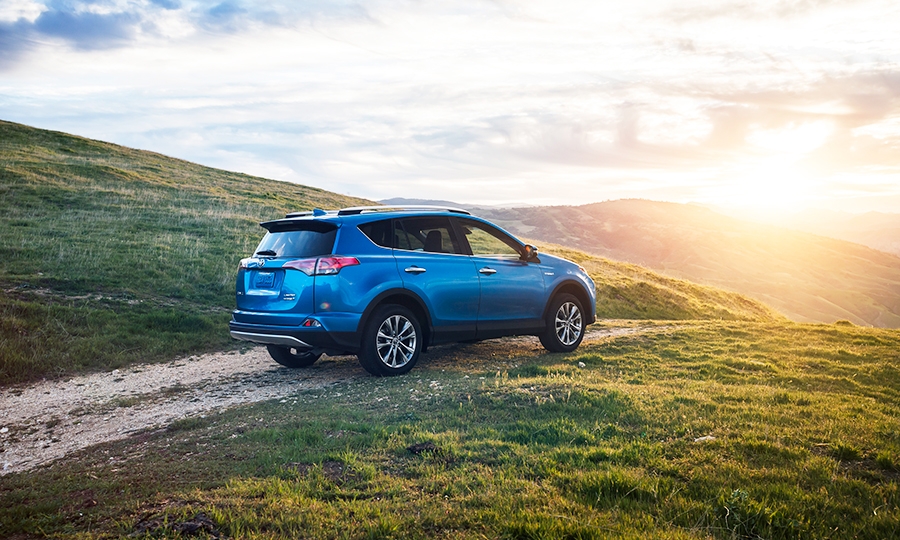 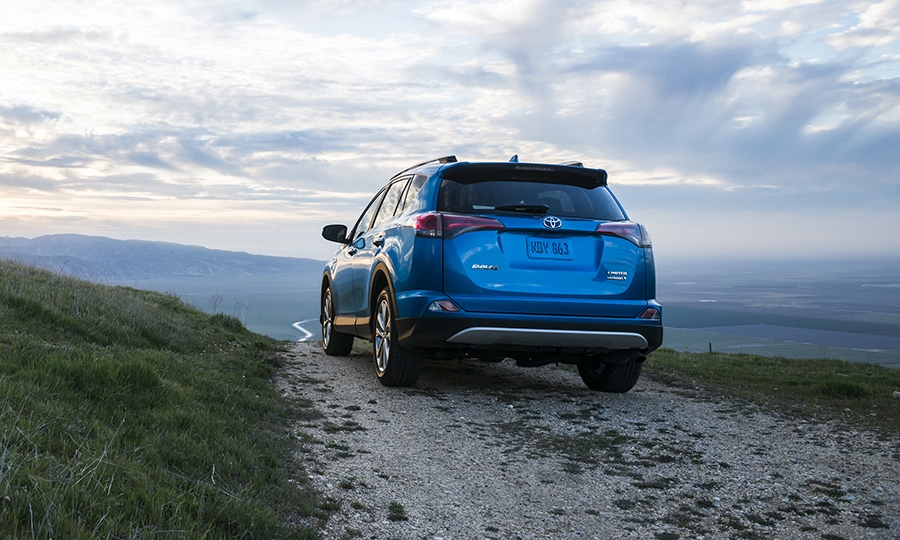 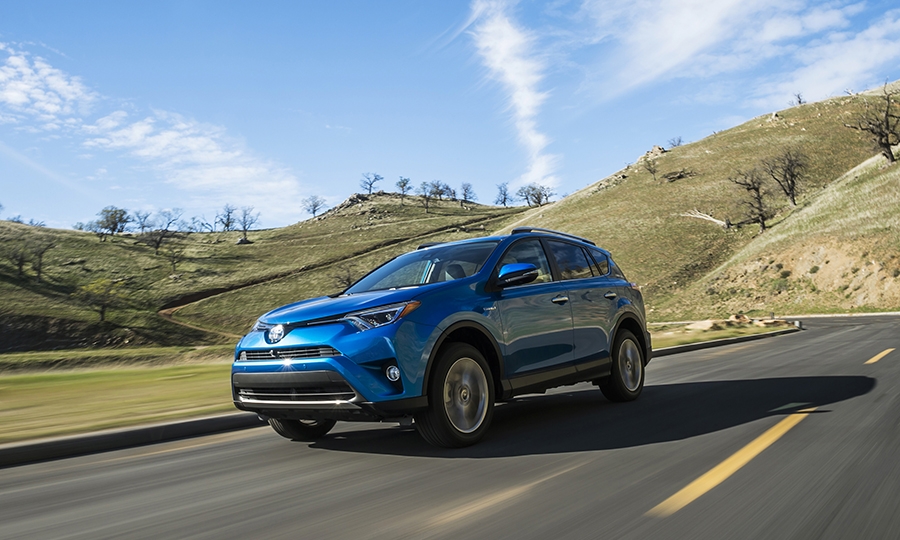 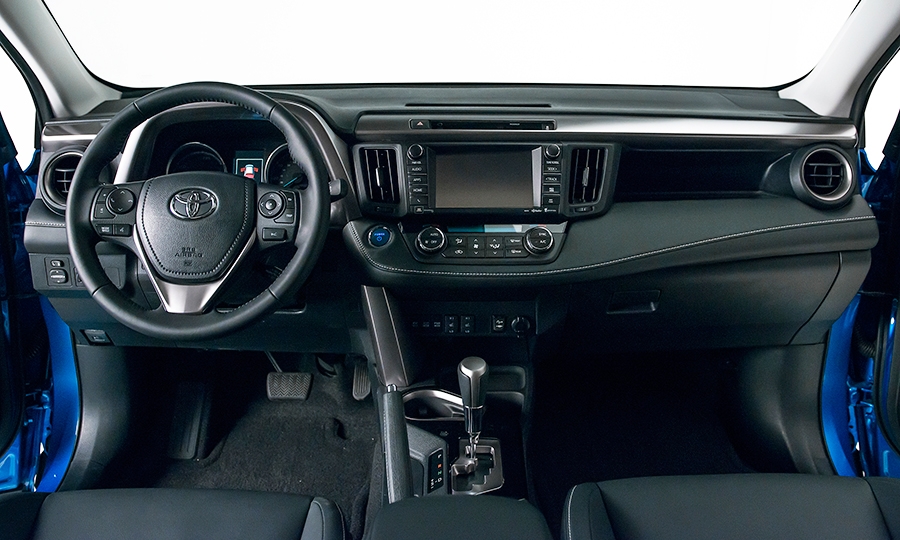 The vehicle also features a new exterior designed to add some edge to its styling -- a look that also will appear on a refreshed, conventional RAV4 for the new model year.

Toyota promised that the 2016 RAV4 hybrid, due in showrooms this fall, would offer more horsepower and better fuel economy than its conventional cousin, without providing specific figures. The 2015 RAV4, with its 2.5-liter, four-cylinder engine, offers 176 hp and rates 23 mpg city and 30 mpg highway.

Bob Carter, senior vice president of Toyota’s U.S. auto operations, said he’s confident some buyers will opt for the RAV4 hybrid even with gasoline prices under $3 a gallon.

The RAV4 hybrid sports a more aggressive fascia, contours that stretch along the rocker panels to the rear and a new liftgate. Inside, it has new interior accents and is available with a 4.2-inch cluster display and a 7-inch center touch screen for audio control.

The Toyota Safety Sense package -- which includes radar-based collision avoidance with autonomous braking, lane-departure alert, automatic high-beam control and dynamic cruise control -- will be available for about $500 on the RAV4 hybrid XLE trim level and will be standard on the Limited version.

Perhaps the most head-turning feature is an optional Bird’s Eye View Monitor that utilizes four cameras to provide views from around all four sides of the vehicle to give drivers visual assistance while parallel parking, reversing or pulling into tight spaces. The monitor also can operate in “perimeter scan” mode, which gives a rotating, 360-degree view around the vehicle.

The 2016 version of the conventional RAV4 will add a new SE trim that will include 18-inch wheels, LED lamps, the two dashboard screens, a black headliner and other interior garnishments.