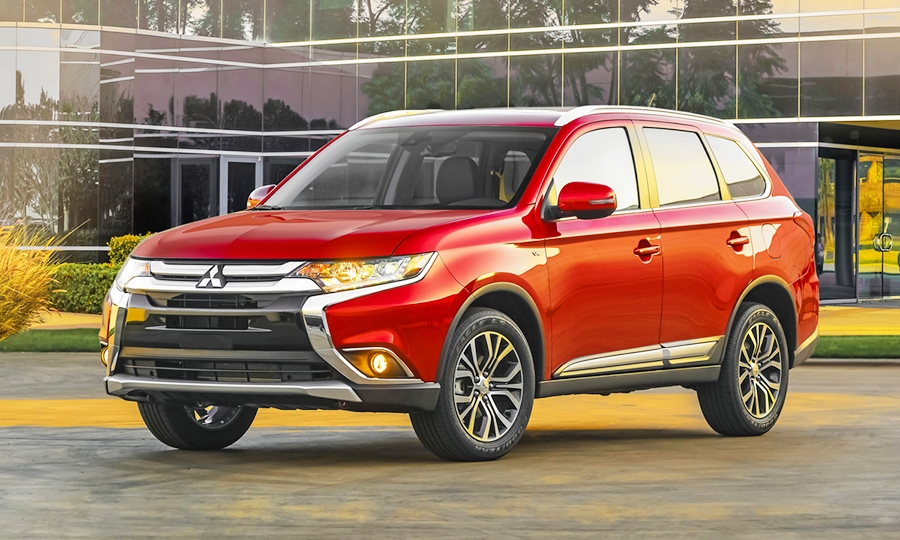 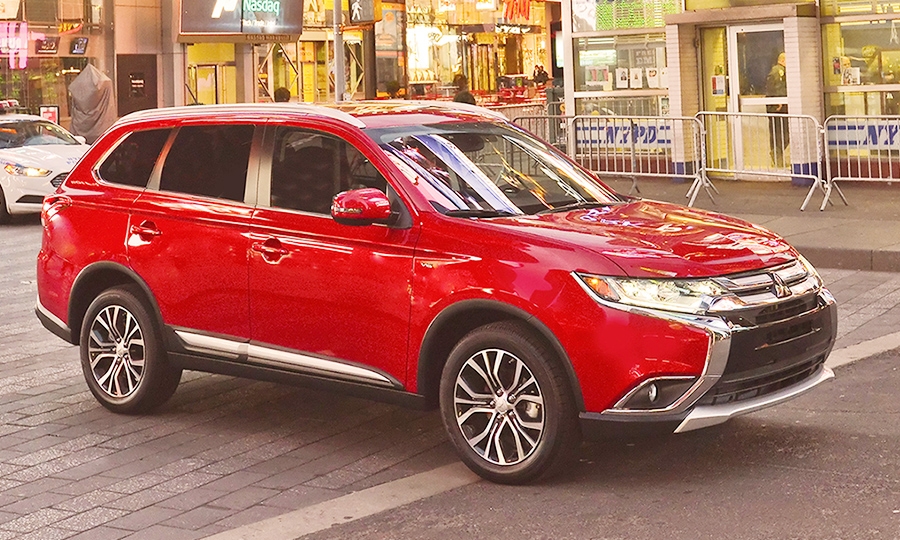 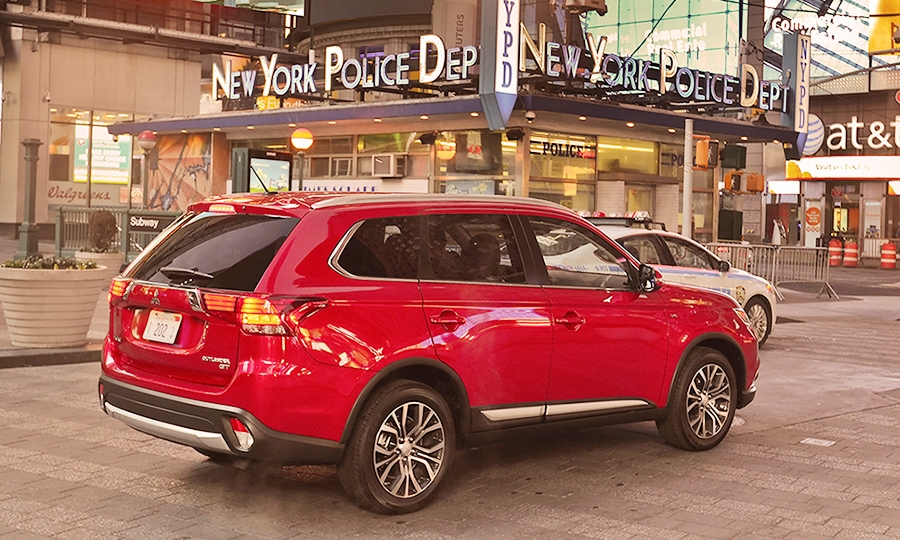 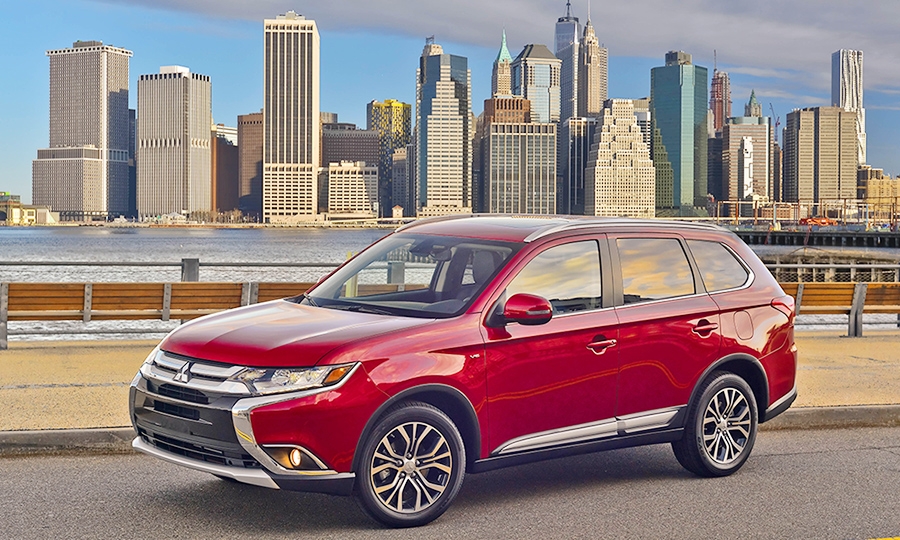 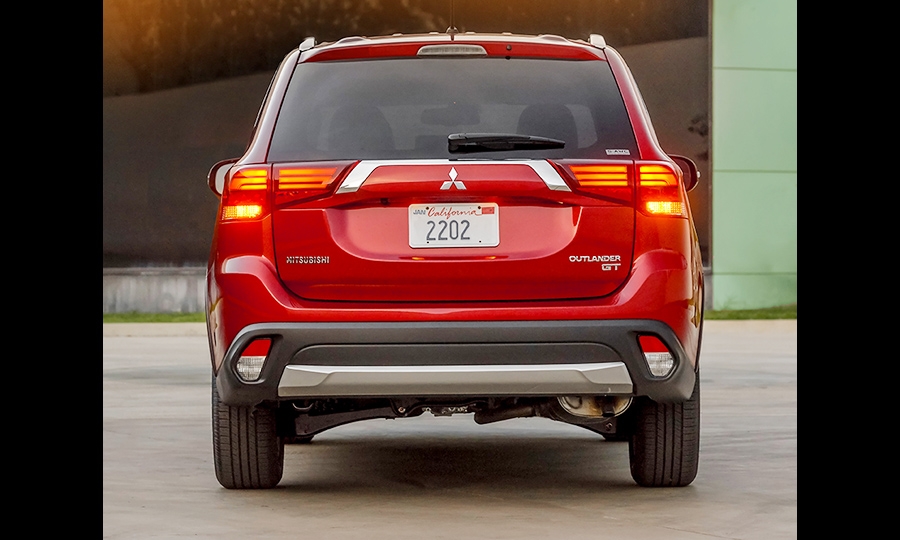 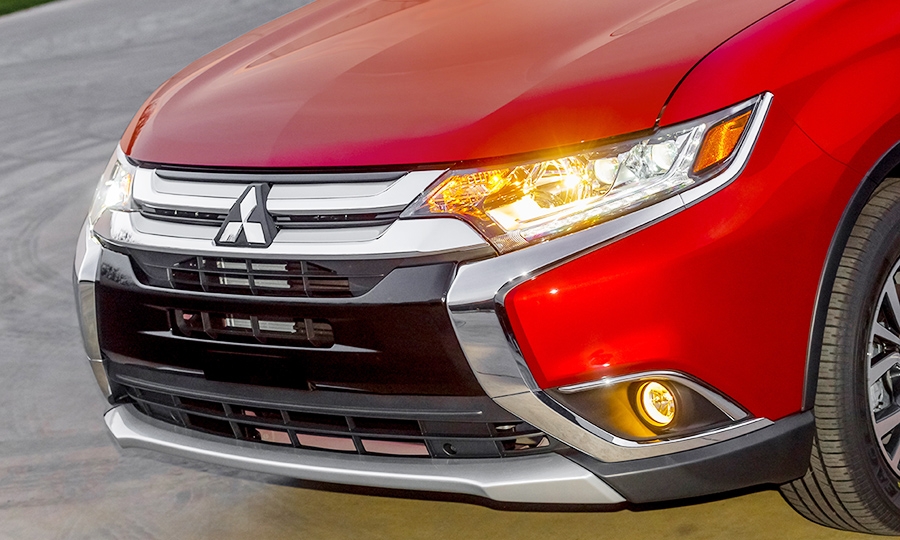 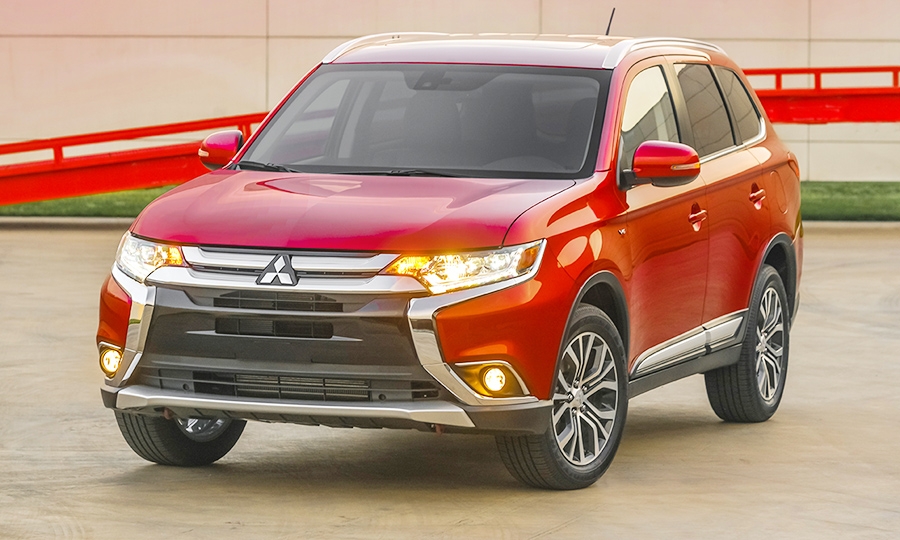 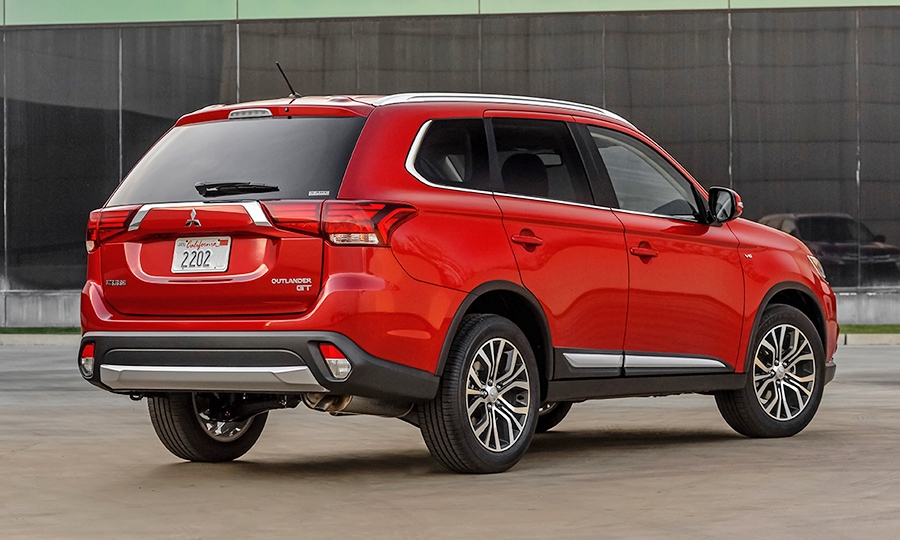 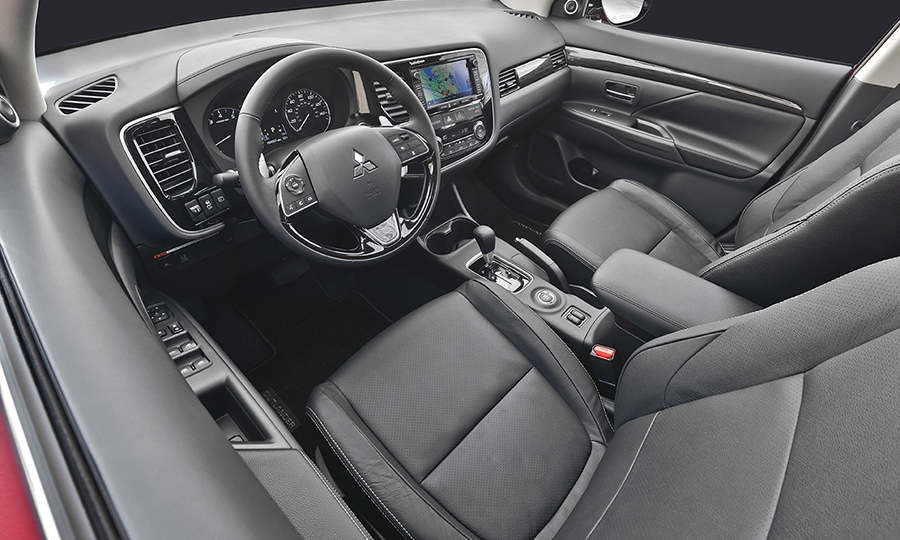 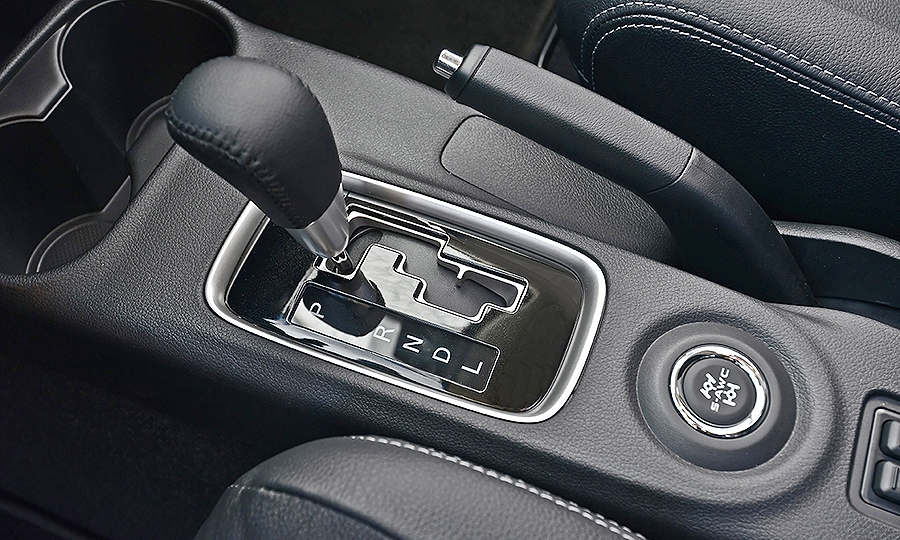 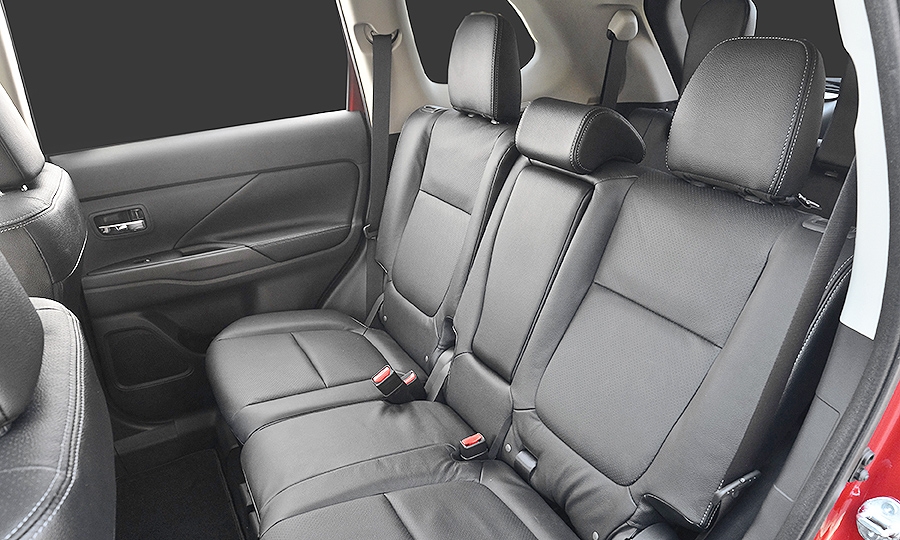 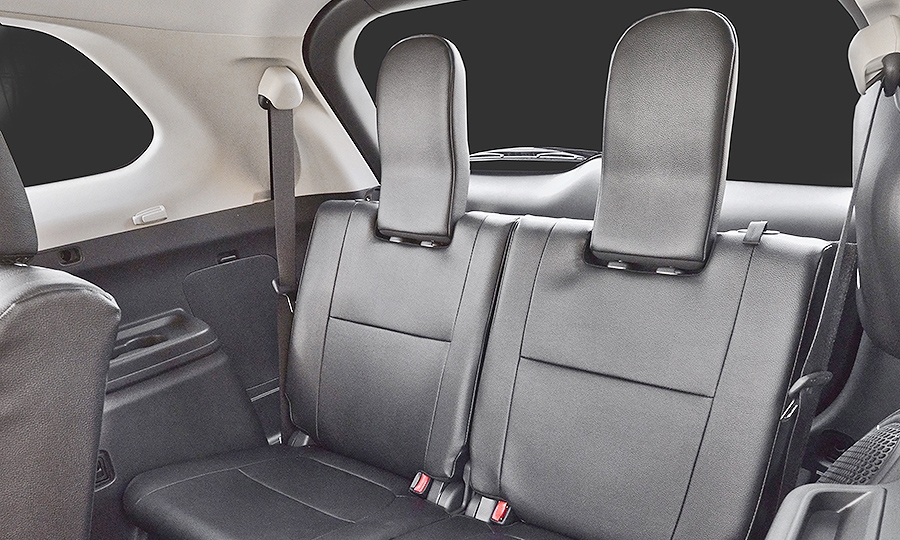 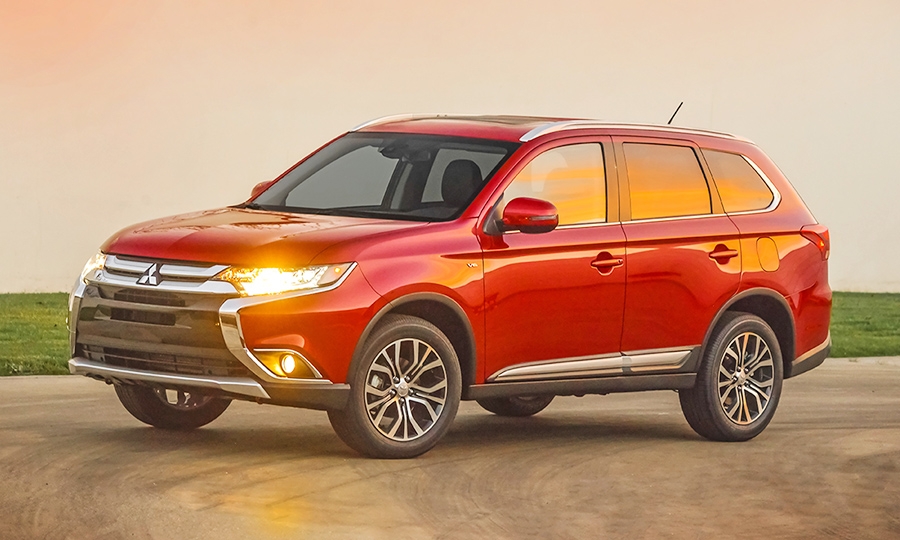 CYPRESS, Calif. -- If the U.S. crossover market is a raucous party, Mitsubishi Motors Corp., with its slow-selling Outlander and Outlander Sport, is a wallflower. But the Japanese automaker hopes a fresh look will put its products closer to the action.

Today at the New York International Auto Show, Mitsubishi unveiled a heavily reworked 2016 Outlander with a racy black-and-chrome grille, plus a skid plate effect in the rear, and metallic body cladding beneath the door sills.

Mitsubishi plans to launch the 2016 Outlander in the United States this July, followed in November by an updated version of the smaller Outlander Sport.

The redesigned Outlander includes more than 100 changes, inside and out. For the interior of the reworked 2016 Outlander, Mitsubishi used more premium materials, such as softer leather with finer stitching and a thicker, more padded steering wheel.

Mitsubishi inserted sound-deadening materials into the doors, wheel wells and side mirrors and switched to thicker, acoustic windshield glass to silence road noise. Many of the metal joints now have props to prevent squeaks and rattles.

Though the Outlander’s engine and transmission choices carry over from the 2015 model, Mitsubishi reprogrammed its continuously variable transmission to be more reminiscent of an automatic gearbox -- a change that started with the 2015 Outlander Sport. It also retuned the suspension for a smoother ride.

Here it is! @Mitsucars unveils the 2016 #Outlander at #NYIAS. pic.twitter.com/vlcmNuqXba

It didn’t take long for Mitsubishi to realize that the current Outlander, which arrived at U.S. dealerships in June 2013 after a global launch the previous year, needed work.

Though it was one of the least expensive seven-seat crossovers on the market, critics dinged it for a noisy ride, unrefined interior and conservative styling. Mitsubishi sold just over 13,000 units of the Outlander in all of 2014; Kia, with its Sorento seven-seater, was moving that much metal every six weeks.

“From a U.S. perspective, we oversold the product,” said Don Swearingen, executive vice president for sales and marketing at Mitsubishi Motors North America in Cypress, Calif.“It had a lot of great features, but it wasn’t to the same level of all of our competition.”

Mitsubishi immediately got to work on an update. Because crossovers are more profitable to sell than small cars, the company saw a potential payoff for a heavy midcycle update. And because the dollar had strengthened against the Japanese yen since the Japanese-made Outlander was first conceived, Mitsubishi saw an opening to cram more content into its crossover without changing the sticker price.

Swearingen said Mitsubishi intends to keep U.S. prices constant heading into the 2016 model. Some content, such as leather seats, alloy wheels and driver-assist features, will migrate down to lower trim levels.

Mitsubishi hinted at its new “Dynamic Shield” design for years through design concepts, including the XR-PHEV crossover from the 2013 Tokyo Motor Show and the XR-PHEV II from this year’s Geneva auto show.

Tsunehiro Kunimoto, executive officer for global design at Mitsubishi, said in a March 23 interview in Tokyo that the black shield conveys strength and performance, while the body-colored wraparound fenders give a sense of cushion and safety. Mitsubishi’s new look also includes new side creases and a new treatment to the rear, he said, though those changes won’t appear on the Outlander.

The overhaul is part of a two-prong design strategy championed by Kunimoto, who joined Mitsubishi in 2014 after nearly 40 years with Japanese rival Nissan Motor Corp. His first goal is rooting the brand’s image in design; the second is creating a more consistent look through the lineup.

“I couldn’t easily recognize the Mitsubishi-ness in recent products,” Kunimoto said. “I think the Outlander is an appropriate product to start with the new front face identity.”