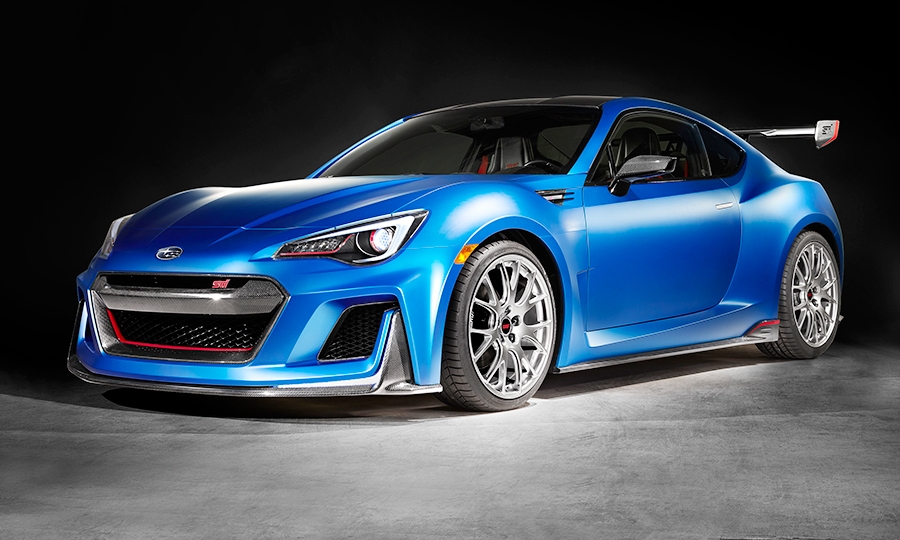 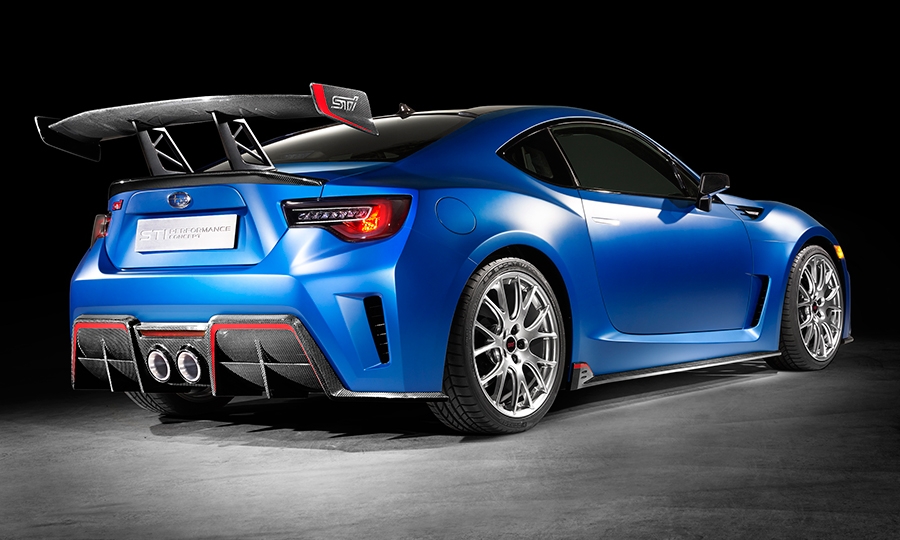 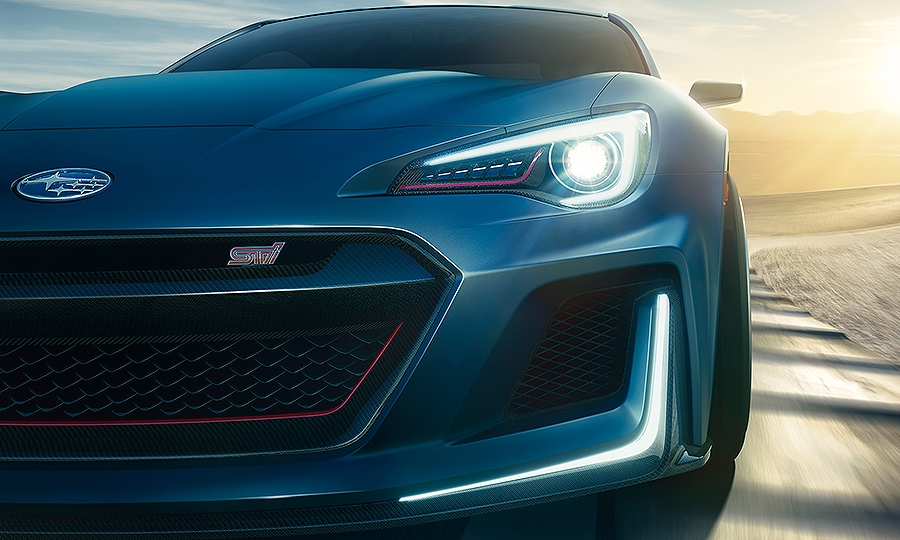 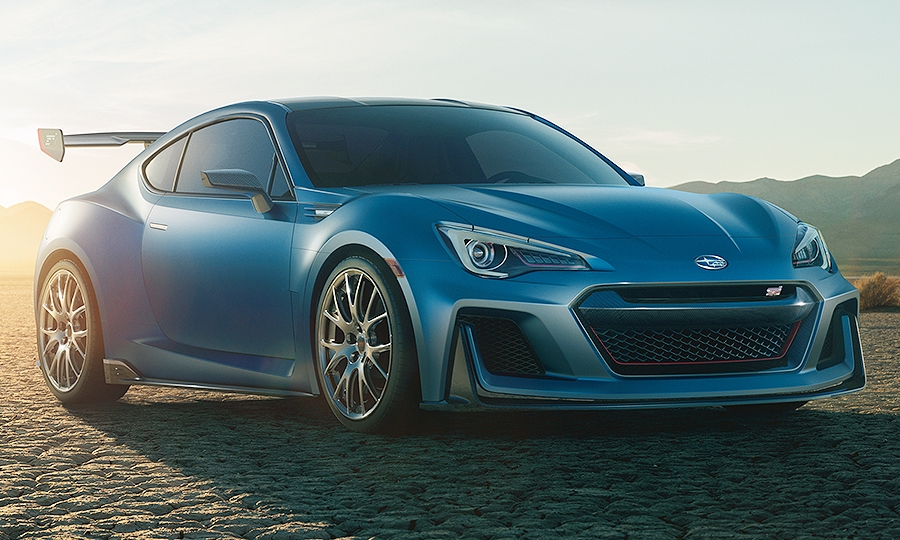 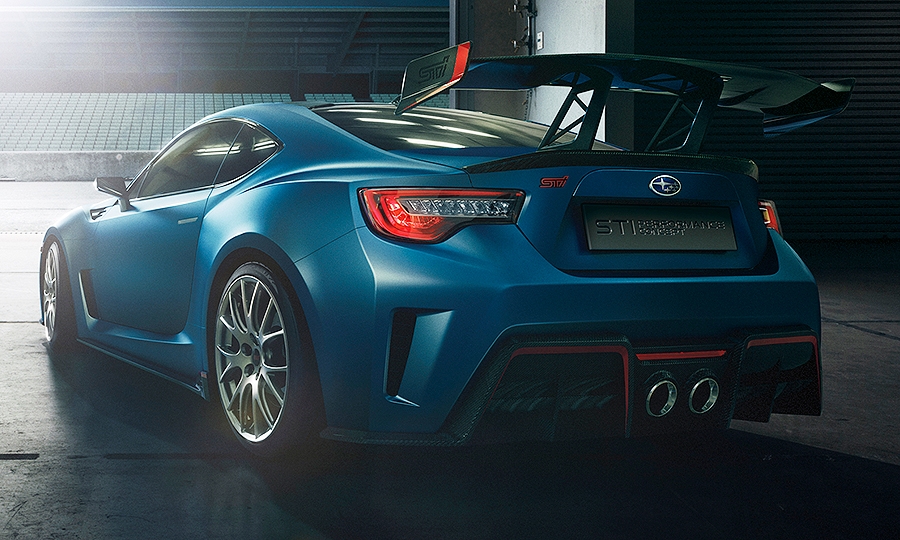 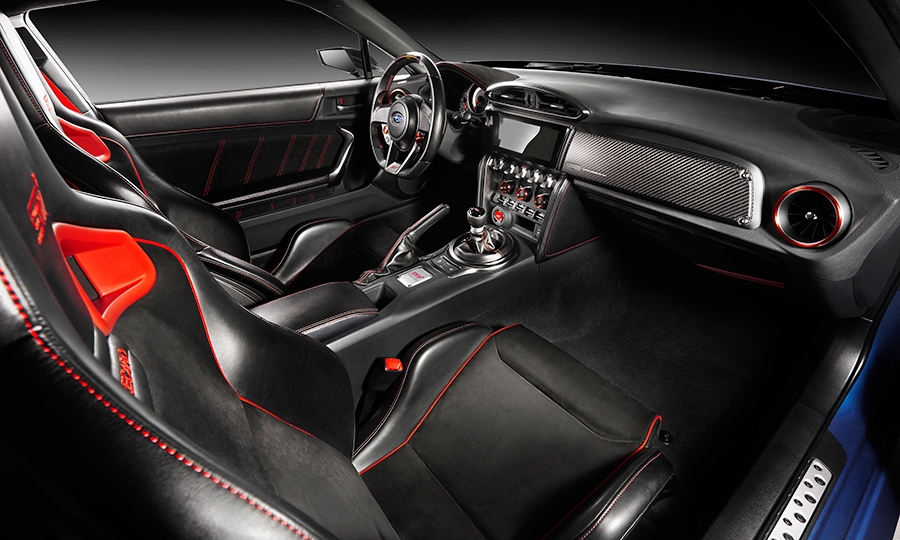 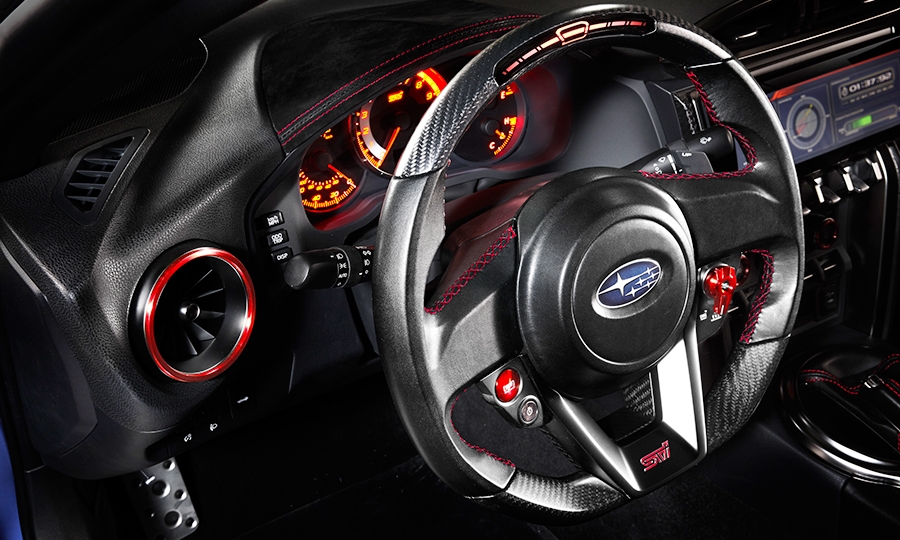 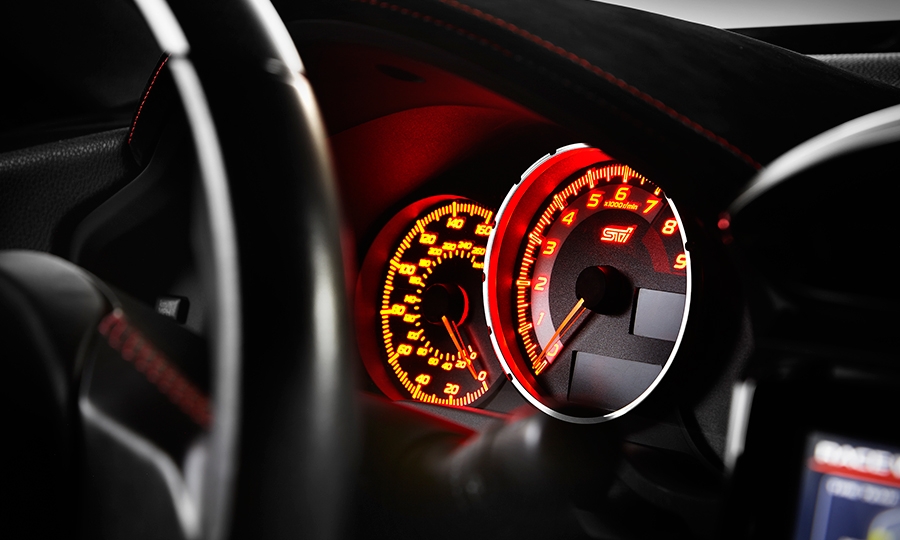 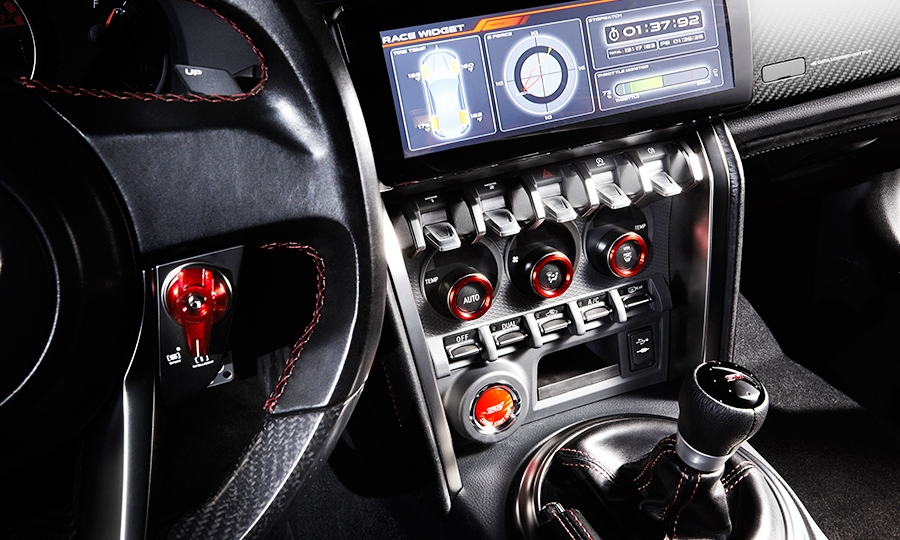 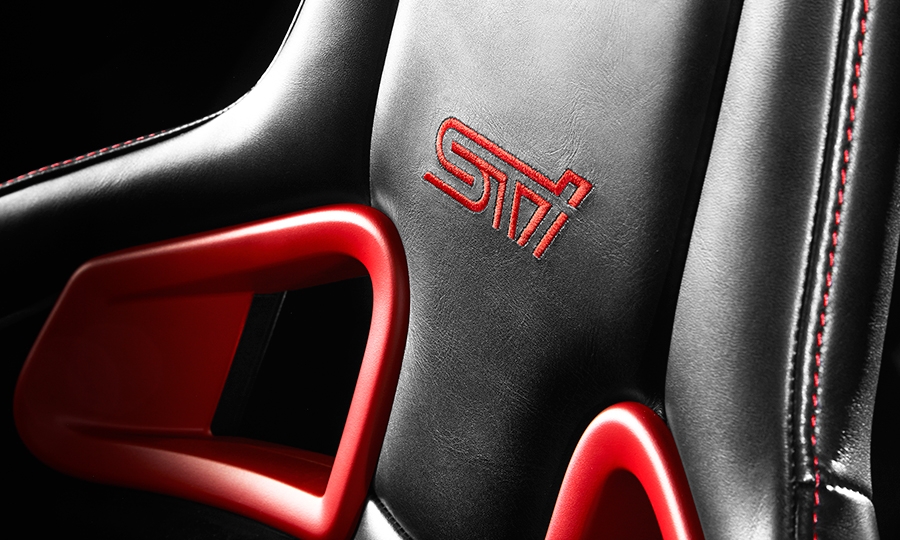 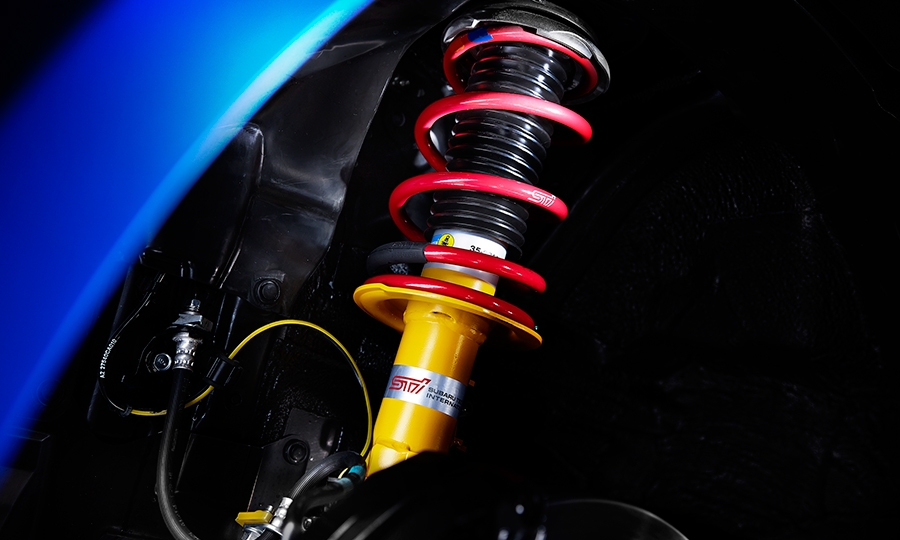 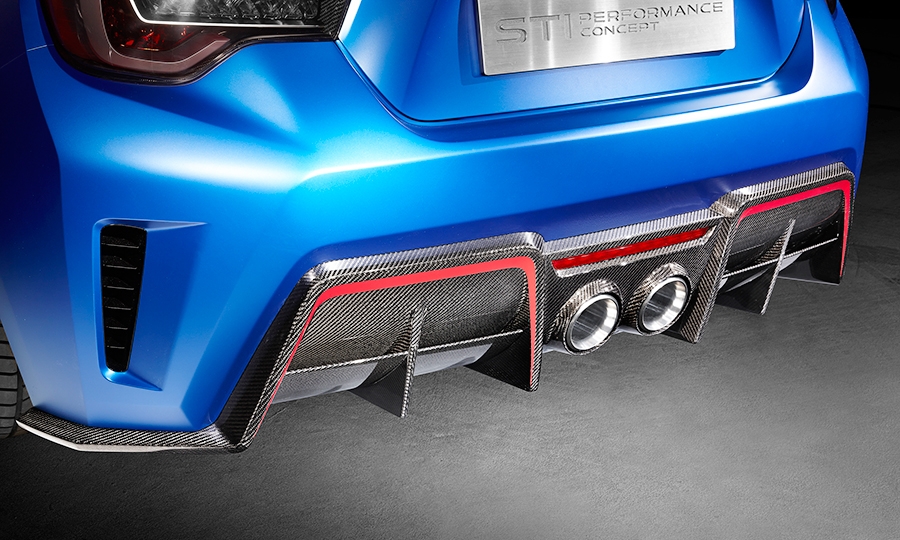 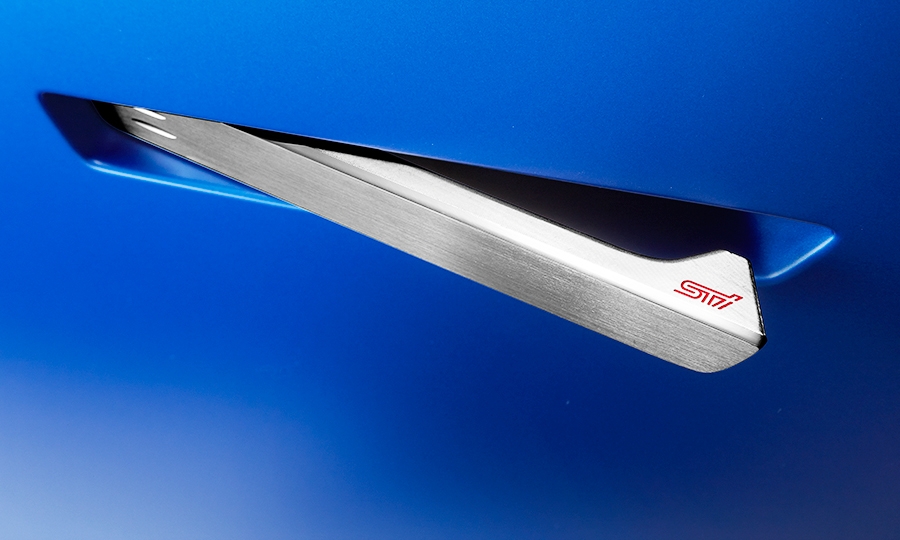 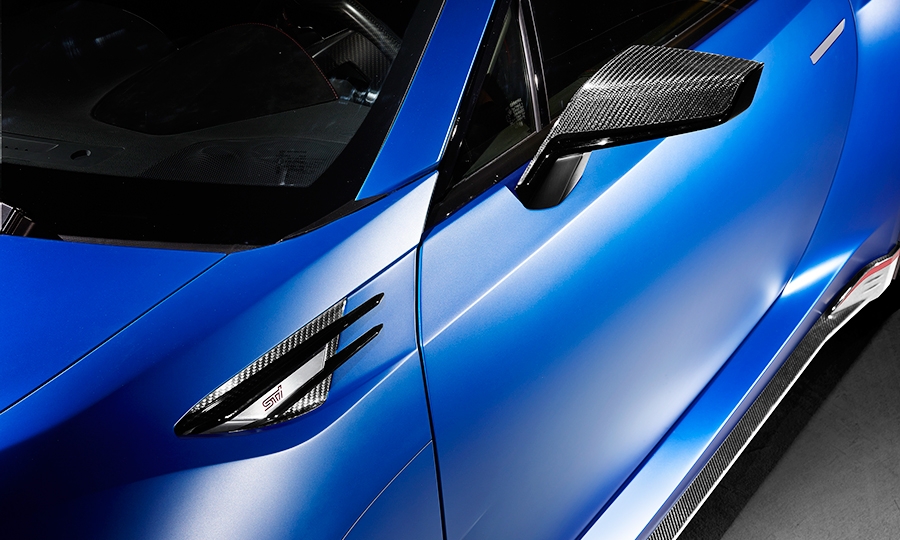 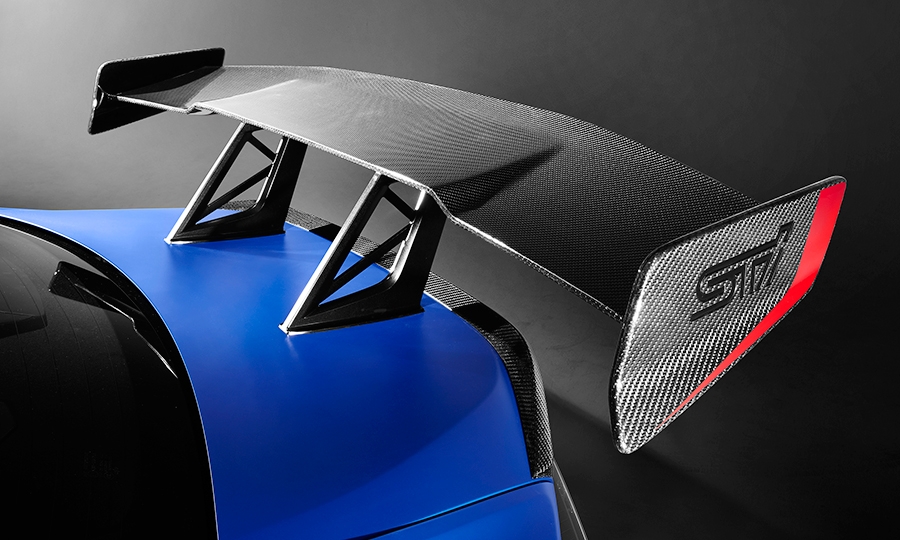 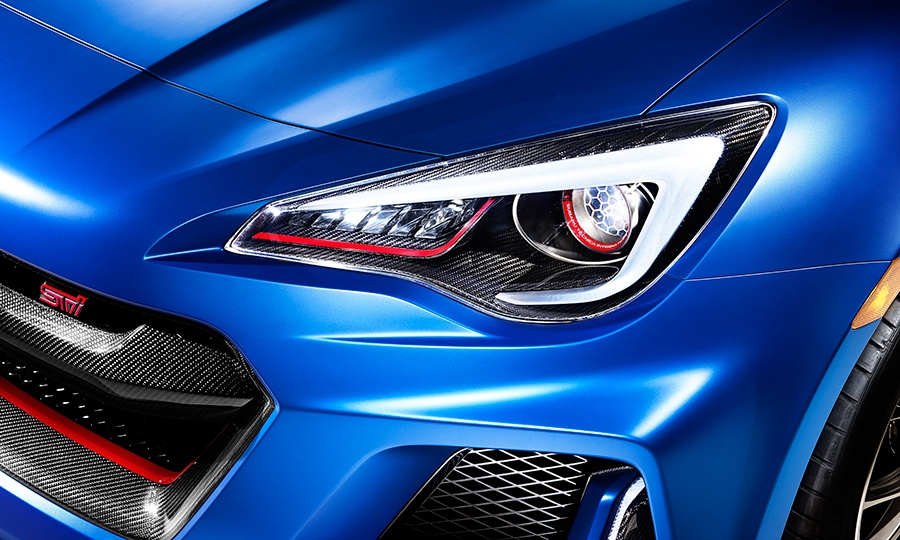 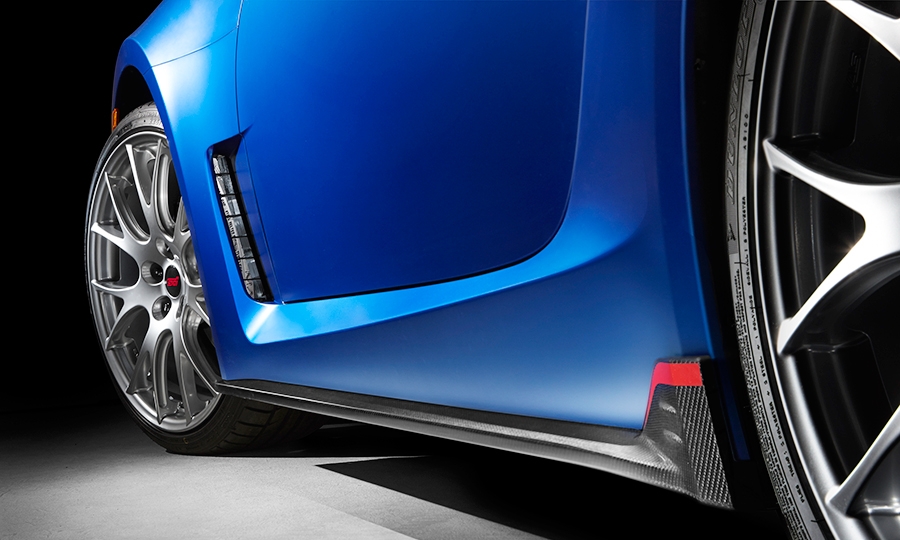 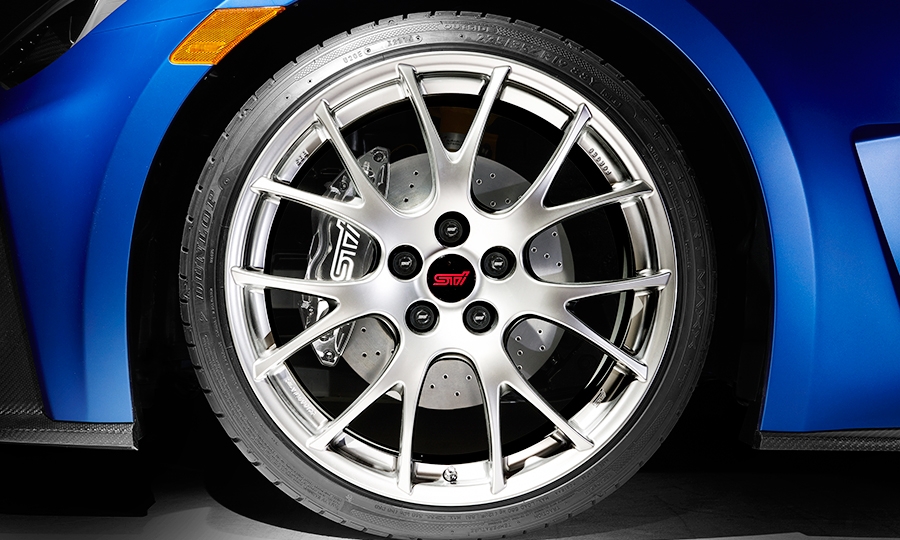 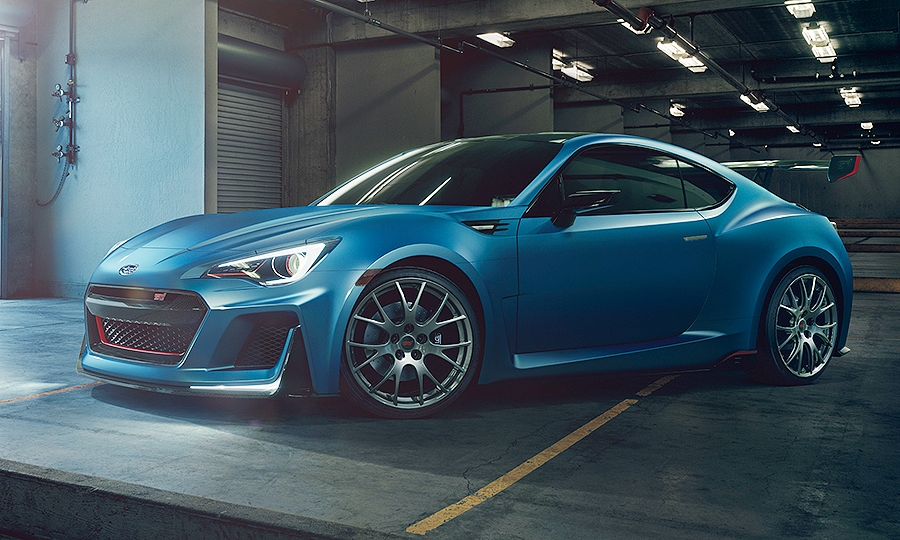 The concept, based loosely on the body of the Subaru BRZ sporty coupe, encapsulates both Subaru Tecnica International’s parts and motorsports activities.

On the parts side, the car is decked out in STI carbon-fiber aerodynamic components including a rear spoiler. It also gets STI-tuned chassis, body and air intake-exhaust systems.

Under the hood, it showcases the engine Subaru deploys in Japan’s Super GT racing circuit: a horizontally opposed 2.0-liter, four-cylinder, double-overhead-camshaft, 16-valve turbocharged unit, generating 345 hp. Even though the concept is a turbo, Subaru says it has no plans for a turbo BRZ production model.

But what the concept does foreshadow is an STI edition of the BRZ sporty coupe for America in a “couple years,” Subaru said.

“It’s a way of demonstrating the abilities of the STI business,” Subaru spokesman Michael McHale said. “Raising the profile of STI can only mean good things.”

The exact branding of this vehicle and its specs haven’t been decided, but it may be billed as a BRZ “tuned by STI.”

STI has been around since 1988. But Subaru now aims to step up marketing of its offerings to build performance cred as part of parent company Fuji Heavy Industries Ltd.’s 2020 business goal of enhancing overall brand value.

STI around the globe

The United States is the biggest market for complete STI vehicles. But only an STI version of the WRX is offered.

While Japan sells fewer STI editions, it has dabbled in a far wider array of nameplates. There, Subaru also has sold STI editions of the Legacy sedan, Forester crossover and the BRZ. It also has offered a “tuned by” version of the Exiga minivan.

Most were sold in limited-edition batches of around 300 units.

Outside Japan, Subaru has given STI treatment mostly to the WRX, although Australia also got a Forester tS tuned by STI.

To strengthen the global branding of STI, the company also plans to phase out the SPT, Subaru Performance Tuning, line of performance parts in America. It will be rechristened as STI.

Any incremental vehicle volume is icing on the cake for a brand expecting its seventh-straight year of record U.S. sales.

But it still propels Subaru to within striking range of its North American goal for the fiscal year ending March 31, 2021. Subaru aims to sell 600,000 vehicles in the U.S. and Canada that year. It targets 585,000 for the region this year alone.

It currently competes in the Nurburgring 24 Hour Challenge race, where it won its class in 2011 and 2012.

In Japan, STI cars compete in the Super GT series.

Auto show floor to become pop-up hospital in N.Y.
Sponsored Content: It’s now the Fall of 2020. Am I still optimistic? You bet.