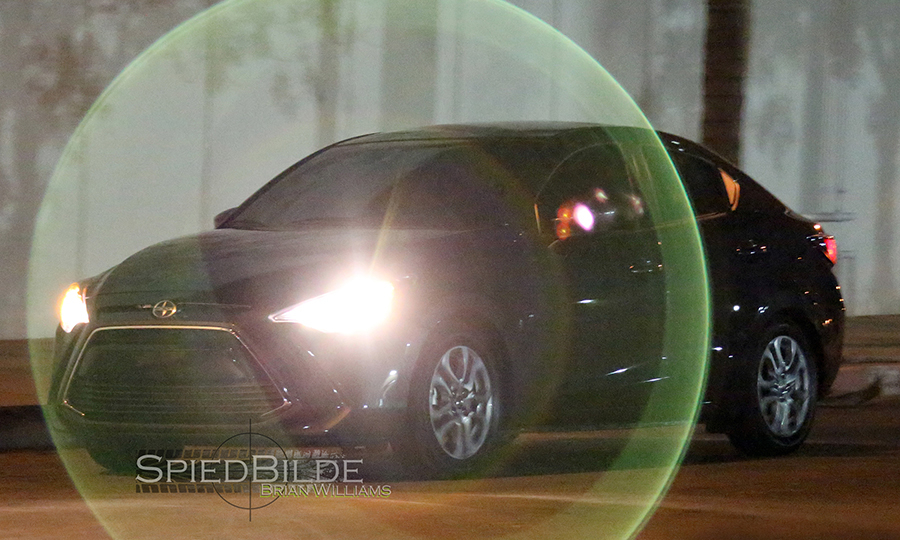 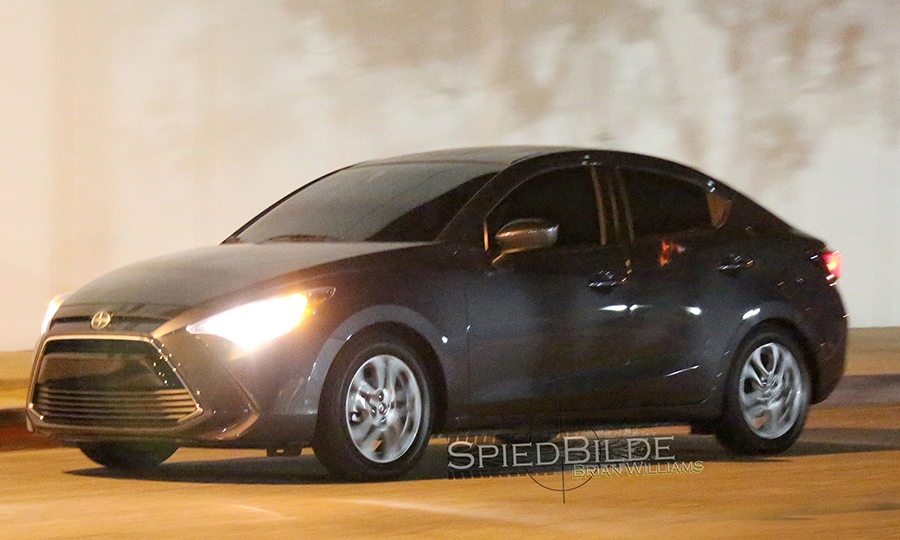 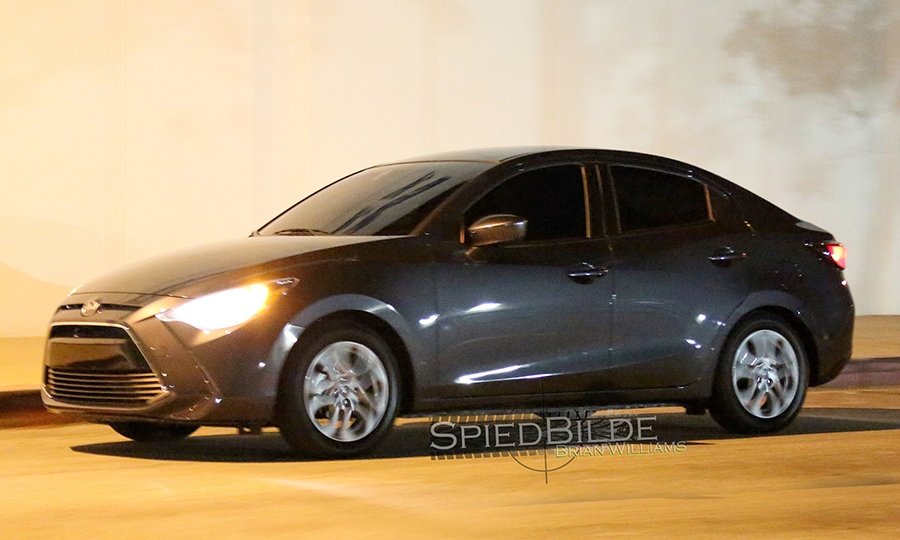 Brian Williams/SpiedBilde
The Scion iA sports angular headlamps, a swooping beltline, and narrow rear-seat windows -- features that give the car a feeling of motion even when it's standing still.
Share 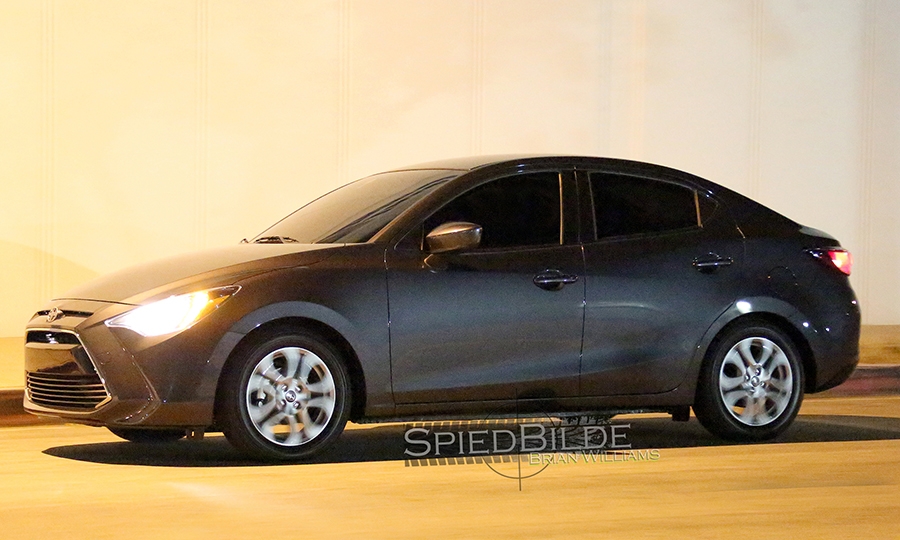 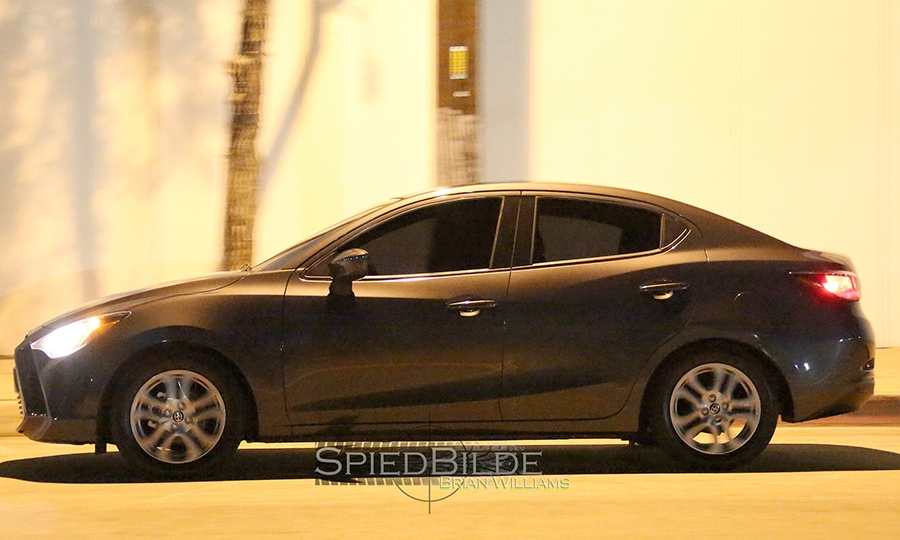 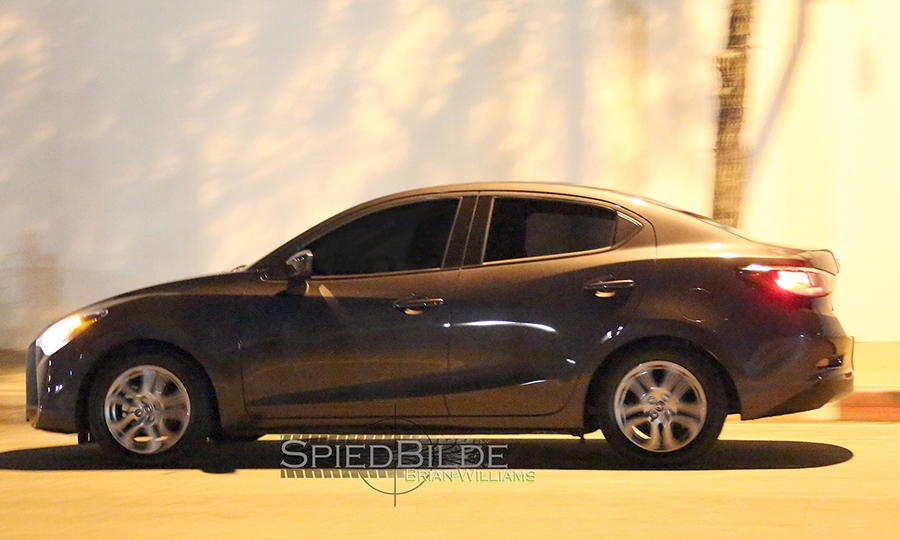 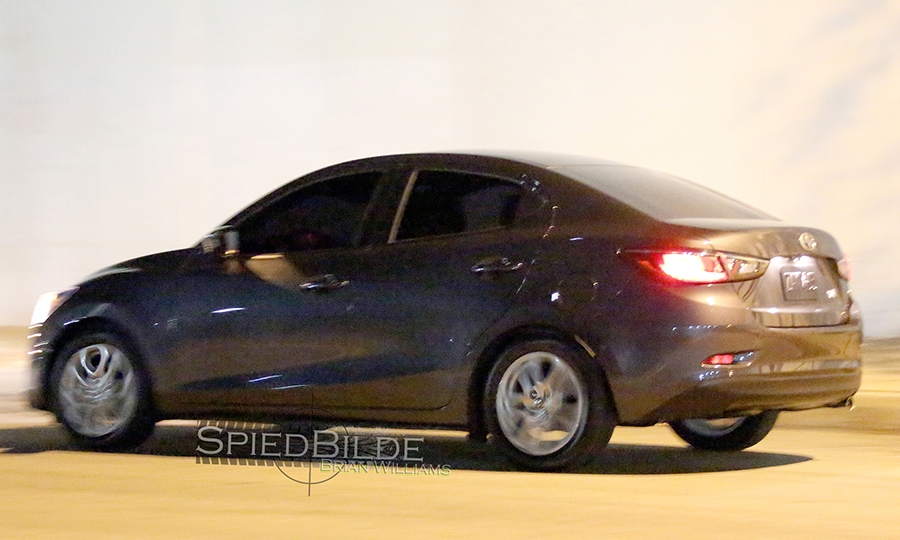 A spy photo of the iA, Scion's first sedan.

Toyota has been keeping the new Scion iA sedan under wraps in hopes of building suspense before its unveiling at the New York auto show.

But the little car has been caught out in the open in San Diego, and spy photographs show the subcompact with a fast, sloping hood and a wide, trapezoid-shaped front grille.

The iA will be produced for Toyota by Mazda at a year-old plant in Mexico. The iA is based on Mazda’s SkyActiv platform and shares components with the Mazda 2.

The iA will be presented in New York along with the Scion iM hatchback, but the sub-brand’s first four-door sedan was intended to be the main surprise. A concept of the iM was previewed in November at the Los Angeles Auto Show.

Captured at night during a commercial shoot, the iA sports angular headlamps, a swooping beltline, and narrow rear-seat windows -- features that give the car a feeling of motion even when it’s standing still.

From the side, the iA grille gives the car a flat-nosed look. From the front, it is reminiscent of the wide, open-mouthed grille of the Ford Fusion.

As a four-door sedan, the iA is intended to generate high-volume U.S. sales for Scion, something the brand needs.

Recent additions to the Scion lineup have failed to catch on. This year, the iQ city car will be phased out of the lineup. The xD hatchback will be replaced by the iM.

The rear-wheel-drive FR-S has been well-received by critics and given Scion some street cred with enthusiasts, but hasn’t generated volume sales.