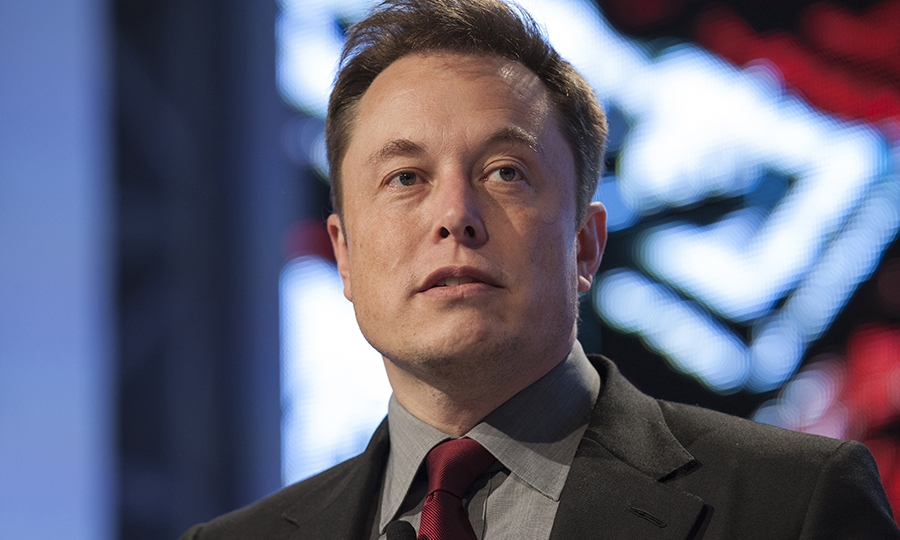 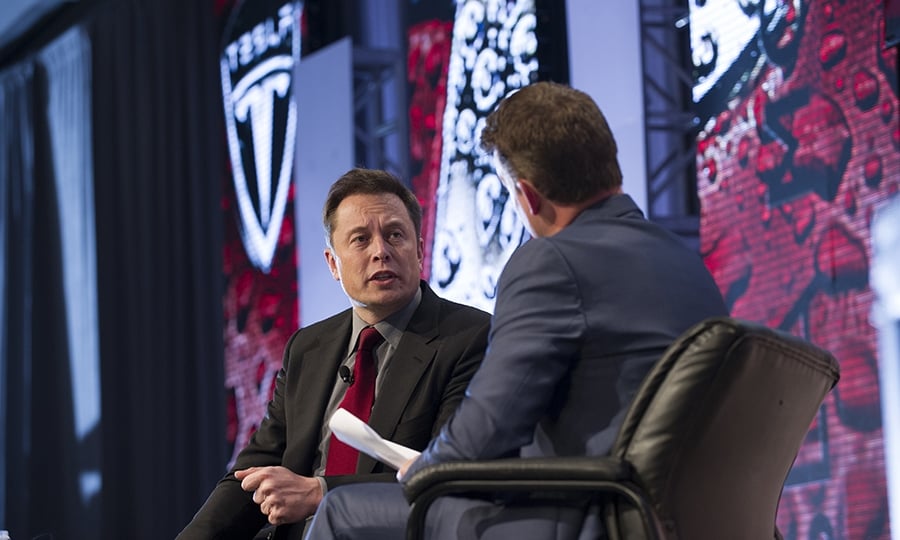 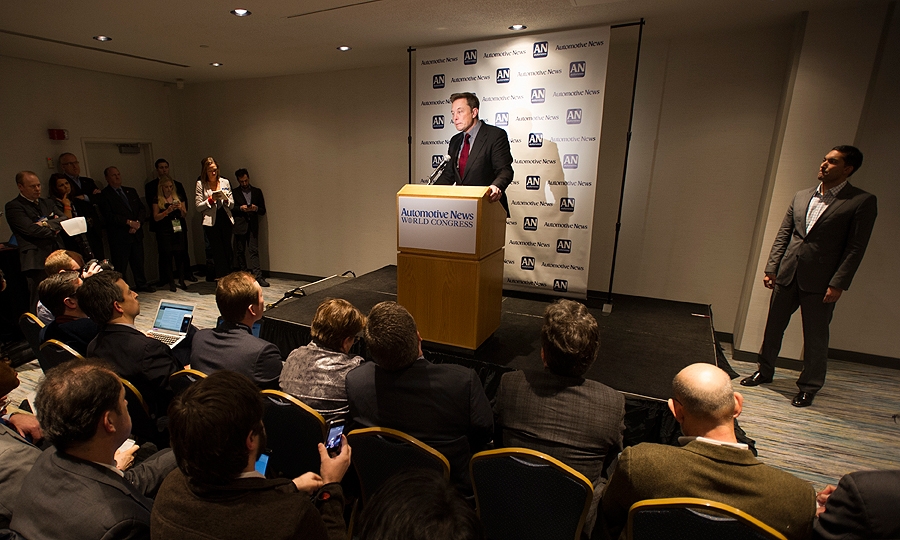 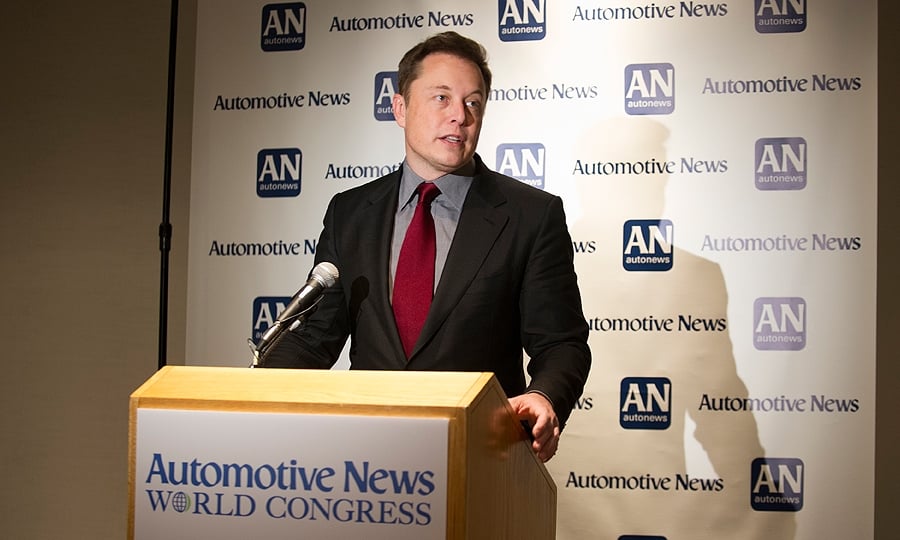 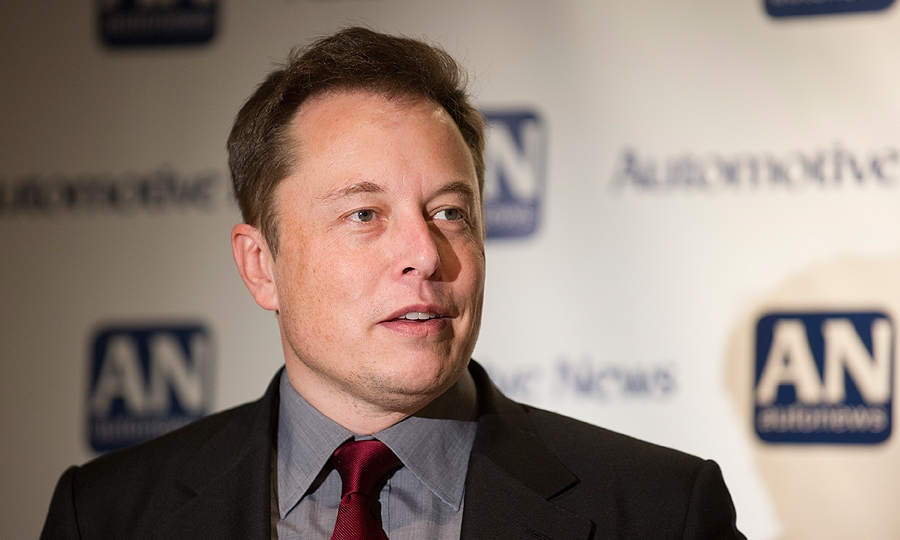 DETROIT -- Established car companies must accelerate the development and sale of electric vehicles, despite a drastic decline in oil prices, Tesla Motors CEO Elon Musk said today during a speech to auto executives at the Automotive News World Congress.

Musk, whose company has jolted the industry with its all-electric Model S sedan, played down the effect that Tesla can have on its own in reducing emissions from fossil fuels, and urged the rest of the industry to move more urgently with EVs to counter climate change.

Though he singled out some automakers for praise, including General Motors, the maker of the Chevrolet Volt, and Nissan, the maker of the Nissan Leaf, he warned against the temptation to see low oil prices as a reason to slow down.

“We can’t rely on scarcity to drive the price of oil and gas and rely on that to be an adequate forcing function” to speed adoption of EVs, Musk said during brief remarks, which were followed by a dialogue with Automotive News Publisher and Editor Jason Stein. “So we have to figure out how to do it without high oil and gas prices.”

Musk, the CEO of Tesla since 2008, has often challenged industry norms, whether by dedicating his company exclusively to electric vehicles, building a private network of charging stations or selling the Model S directly to customers through factory-owned showrooms.

As a sweetener for other automakers, Tesla has opened up its patents free of charge and offered to let other types of cars use Tesla’s dedicated EV chargers, which are called Superchargers.

Musk during a press conference following his speech today.

Musk said that in the early days of Tesla -- when he was an investor in the company and not its CEO -- he thought the company had only a 10 percent chance of success. Now he believes that “some degree of success is assured,” he said.

Musk had long stood by a stated goal of selling 500,000 vehicles per year by 2020. He said today he expects Tesla to continue past that number, selling a few million cars per year by 2025.

Tesla still hasn’t turned a profit under generally accepted accounting principles, largely due to its heavy investments in vehicle development and plant automation. Musk said the company will probably need to reach profitability around 2020, when its mass-market Model 3 is in full production.

That model, which will follow the Model X crossover, is in early development. Musk gave few hints about its design, aside from saying that it will be 20 percent smaller than a Model S. He also said that to meet its goal of selling the Model 3 for $35,000 before tax credits, Tesla may take some of the technology in the Model S and package it as optional equipment.

“The biggest thing that I’m struggling with is: I really want the Model 3 to be something different, not just be a smaller Model S,” Musk said. “So how do we make a car that’s really way different than any other car on the road in a way that’s really useful, and just doesn’t feel like a weirdmobile?”

Musk said that if the Model 3 causes Tesla’s sales volumes to outgrow the capacity of its lone assembly plant in Fremont, Calif., which historically had a capacity of about 500,000 units per year, Tesla would likely build local assembly plants in Europe and China -- and perhaps a second plant in the Eastern U.S.

Asked by a reporter whether Tesla could consider building an assembly plant in Michigan -- where Tesla is barred from selling cars under recently enacted legislation -- Musk said, “It's not out of the question.”

“Maybe Michigan shouldn't stop us from selling cars here,” he quipped. “That would be a nice gesture.”

Musk said Tesla will continue to sell and service cars on its own until it establishes a “solid base” of customers. At that point, Tesla could consider franchised dealers.

“We would only do this if we were sure that the customer would have a really good experience,” Musk said. He later added, referring to the dealers who have criticized Tesla’s business model: “If you’re a jerk to us, we’re not going to turn around and try to do a partnership later.”

Musk said he wouldn’t share sales or delivery figures for 2014 because Tesla hadn’t yet turned in its quarterly earnings report. He said sales were strong for the U.S. and Europe, but weak in China, which he attributed to worries among consumers that it would be difficult to install chargers in apartment buildings.

“At this point, we think we’ve solved the charging issues, but we need to work to fix that misperception,” Musk told reporters later.

Musk said Tesla still intends to start deliveries of the Model X this summer, three months after announcing a delay in the start of production. He said Tesla has sold out its planned Model X production run for 2015, so a customer who orders a Model X today would get it in 2016.

During Musk’s appearance at the World Congress, Tesla shares fell 7 percent in after-hours trading to as low as $188.75.