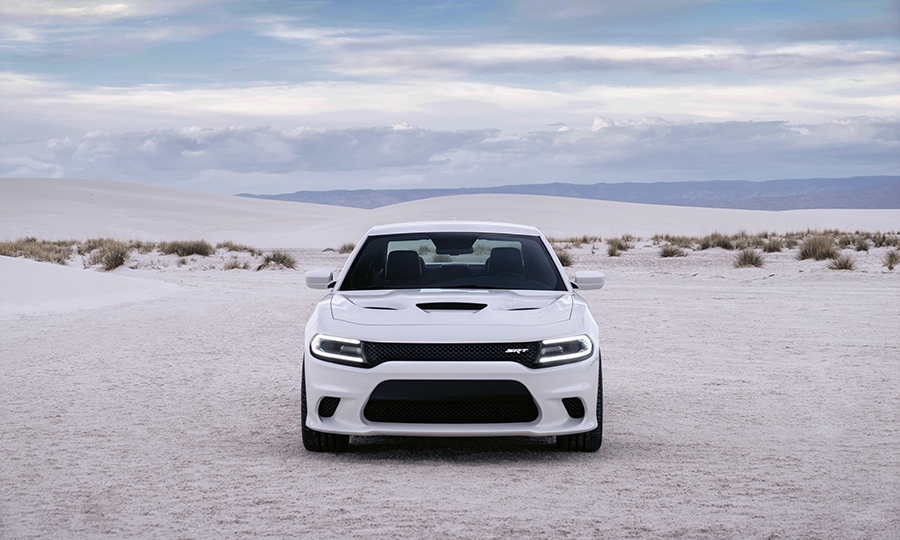 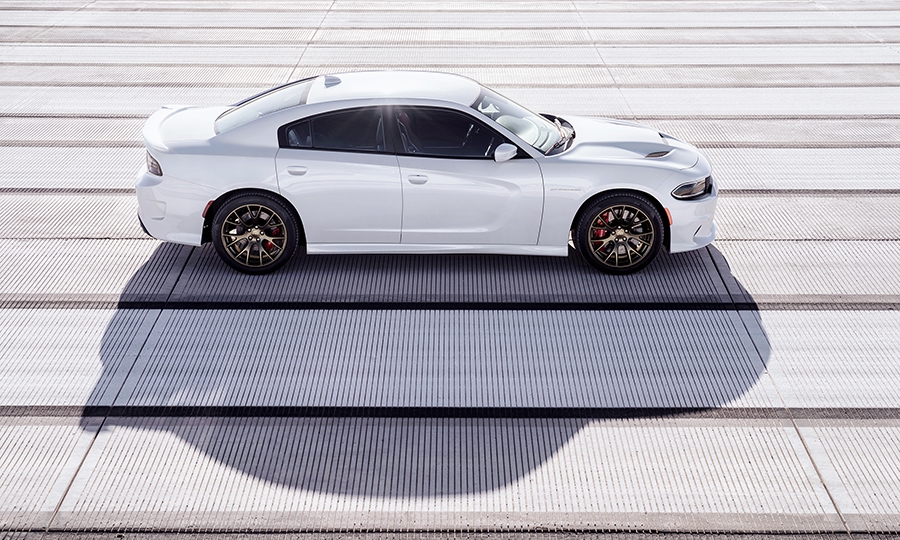 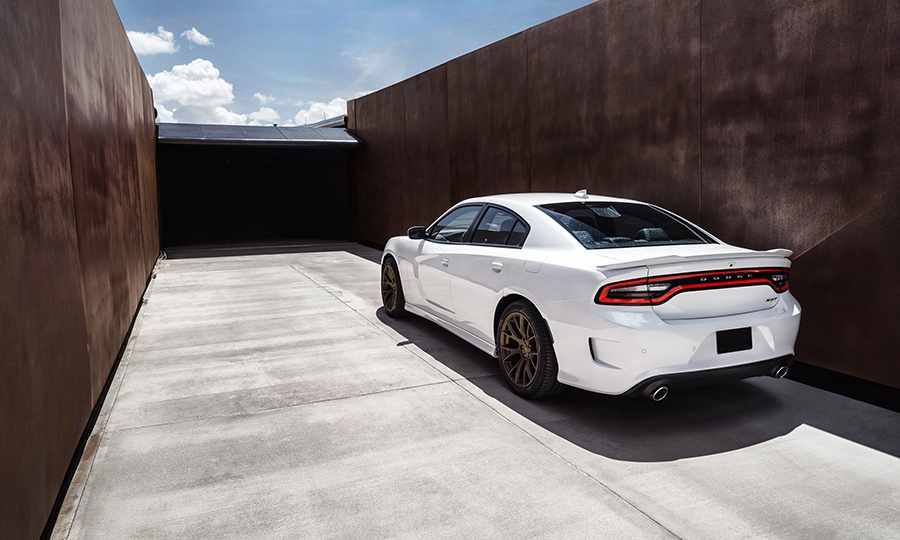 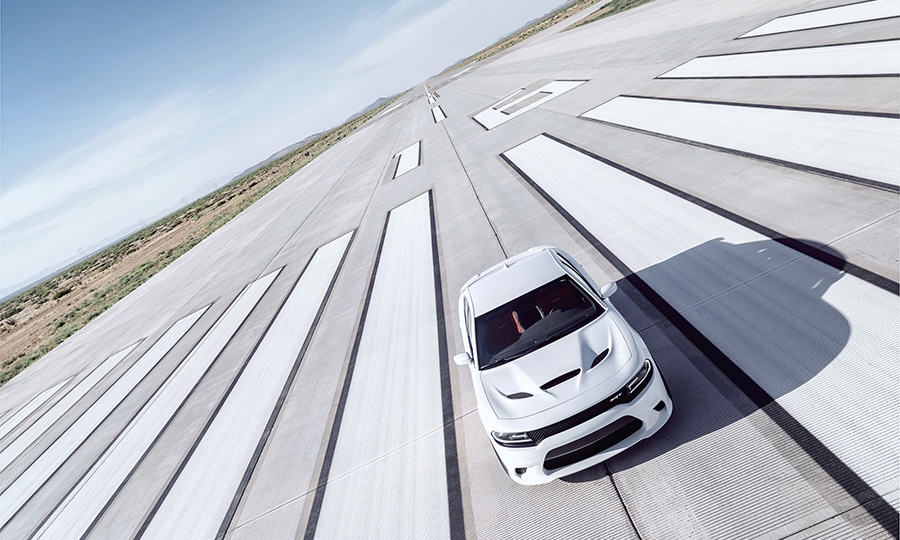 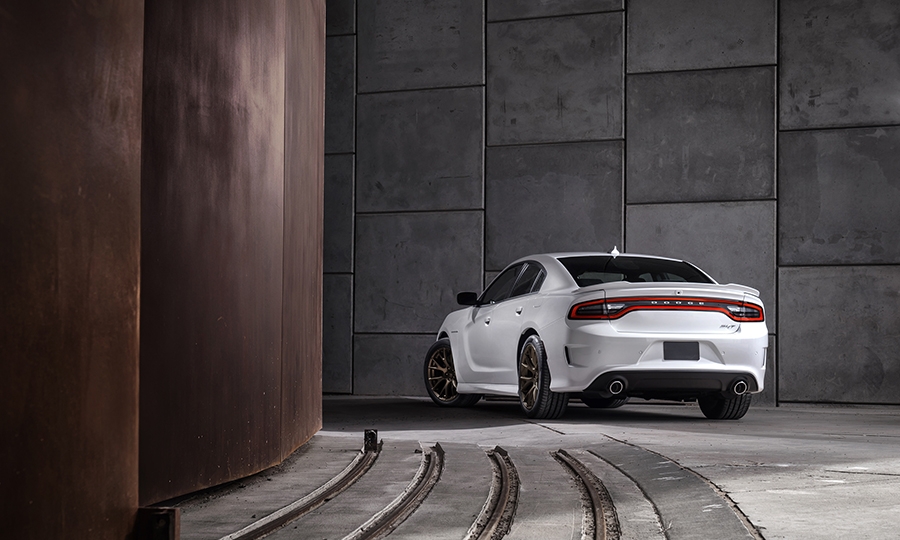 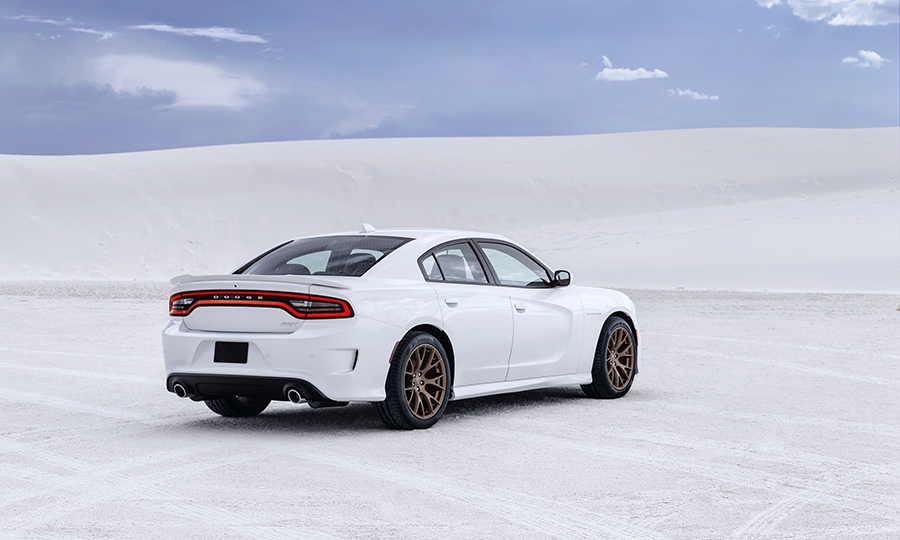 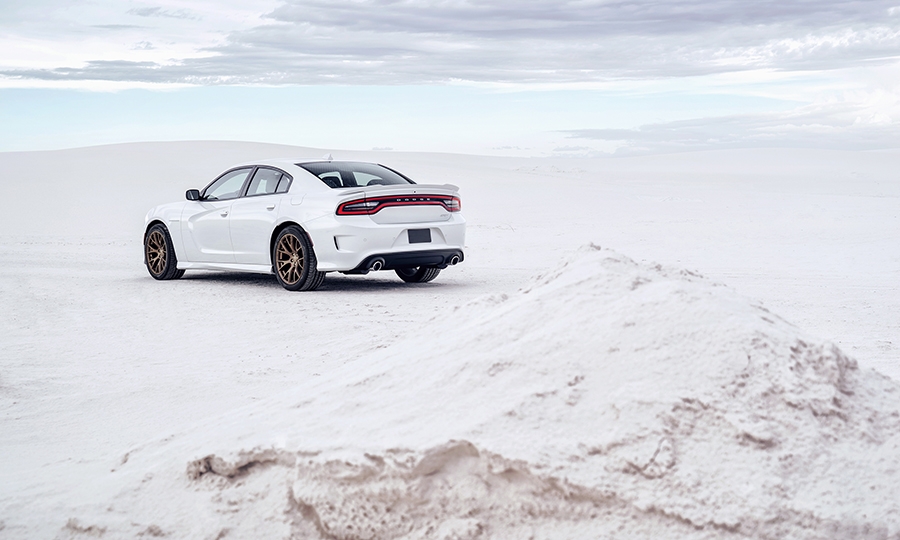 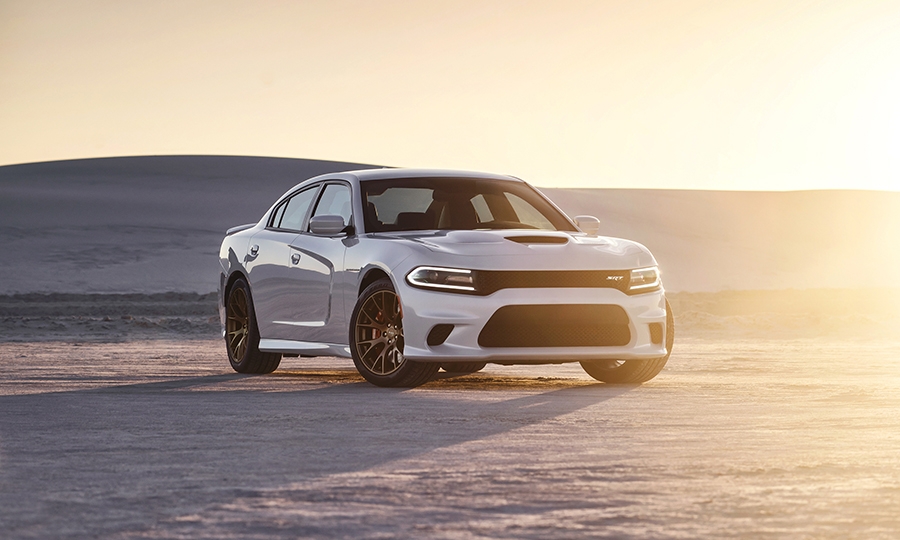 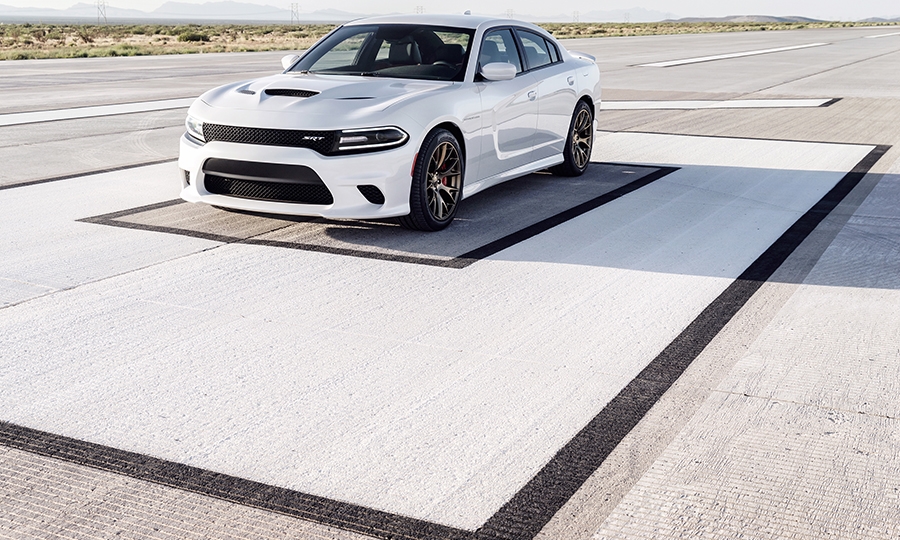 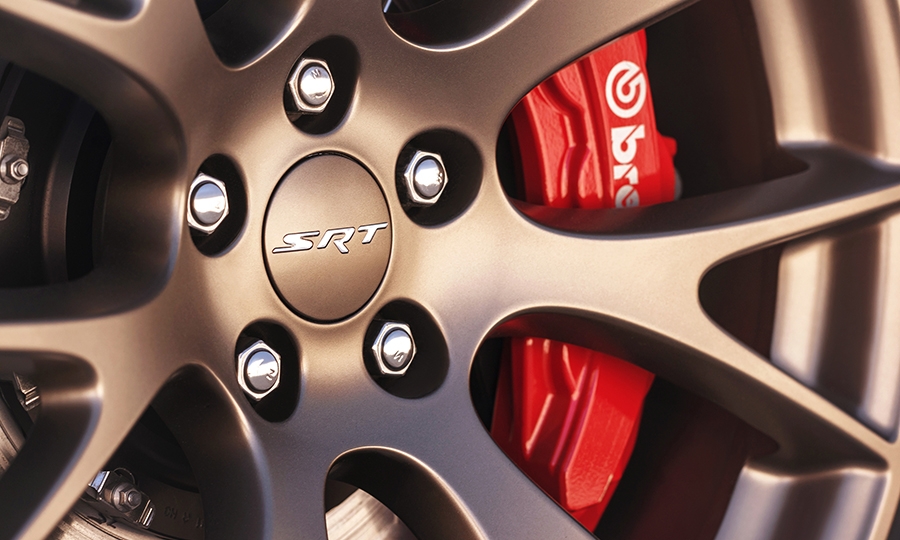 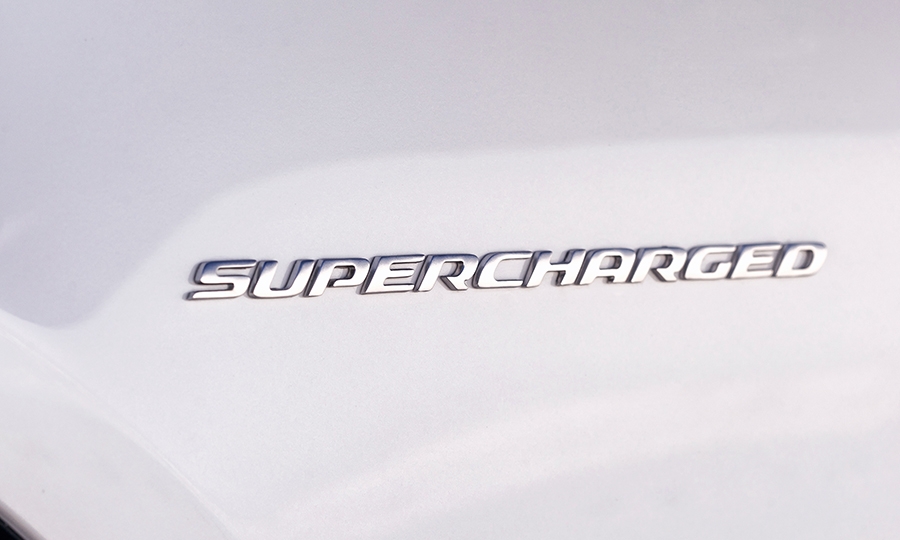 DETROIT (Bloomberg) -- Dodge’s Charger SRT Hellcat is a hot-rodder’s dream: with 707 horses under the hood, it goes 204 miles per hour and devours the quarter mile in about 11 seconds.

Chrysler bills the Hellcat as the fastest production sedan on earth, and this isn’t simply about bragging rights. Dodge, derided not so long ago for selling mostly bland family haulers, is rebooting itself as a muscle-car brand that appeals to guys in their 20s and 30s.

It’s an audacious bet because if gas prices surge again, a bunch of Challengers and Chargers may end up at used-car lots. And though Dodge’s performance heritage goes back a century, the brand has long been seen as the poor man’s Chrysler. No one is more mindful of the challenges than Fiat Chrysler Automobiles CEO Sergio Marchionne, who in an interview called Dodge “the best-kept secret in the house.”

“There’s a lot of work to be done,” he said. “But there is a unique place in the American mind for Dodge. And we need to satisfy that need.”

When Fiat took control of Chrysler in 2009, Dodge wasn’t admired for much except its rugged and reliable Ram trucks. Marchionne split Ram off into its own brand. That left a desultory lineup that included the Avenger, a rebadged Chrysler 200 family sedan, and the Grand Caravan, a downmarket version of Chrysler’s Town & Country minivan. Dodges were priced to sell, often to rental-car companies and drivers with weak credit.

“Dodge was the cheaper little brother of Chrysler,” said David Kelleher, a Dodge-Chrysler dealer in Glen Mills, Pa. “They made ghost cars on every level. It was always for the working-class person and Chrysler was for the more affluent. That’s how they marginalized the brand.”

Before imbuing Dodge with a muscle-car vibe, Marchionne needed to re-imagine the Charger and Challenger, cars originally created in the 1960s to take on the Chevrolet Camaro and Ford Mustang. This year, redesigned versions appeared with more power, cockpit technology and styling that still echoes the original cars. Even the Durango SUV got a performance upgrade, with an eight-speed transmission and the most horsepower of any midsize SUV.

The Charger Hellcat is a classic halo car. At $64,000 and change (compared with about $28,000 for the base model), it’s not expected to sell in large numbers. Rather it’s an aspirational tire-shredder intended to telegraph Dodge’s new street cred. The designers had a sense of humor, too. The car comes with two keys: A red one provides access the engine’s full horsepower; a black one limits the output to 500 horses -- a dumbing-down for teenage sons or parking attendants.

The modern muscle car isn’t the gas guzzler it was a half century ago. The V-8 Mustang GT Fastback gets 25 mpg on the highway, while the V-8 Camaro gets 19 mpg. Even the Charger Hellcat turns in a respectable 22 mpg.

“If prices go up or the economy tanks, discretionary purchases like performance cars are the first to go,” she said.

So far, Marchionne’s bet is paying off. The new Charger, Challenger and Durango have outsold their segment. Dodge says its cars now appeal to the youngest drivers in the industry, with half of customers belonging to Generations X and Y

The early successes give Marchionne what he needs to take the next step: narrow Dodge’s focus by ditching some models and gradually adding ones that fit the new direction. Dodge has stopped making the Avenger and will discontinue the Grand Caravan in 2016 when Marchionne also plans to give the midsize Journey SUV and compact Dart their own performance makeovers.

The company says Dodge will sell 600,000 vehicles by 2018. That’s only a slight increase from last year, but Marchionne will have to get there without the Avenger and Grand Caravan, which generated almost 37 percent of Dodge’s sales in 2013.

That will require generating brand heat. To do that, Fiat Chrysler has resurrected John and Horace Dodge, who in 1914 started the company that bears their name. A print and TV ad campaign depicts the brothers as fun-loving hot-rodders who would feel at home in a Hellcat.

“The story of the Dodge brothers gives life to the brand,” said Tim Kuniskis, head of the Dodge brand. “It makes the brand something real. It’s part of the history of America. It’s no

Toyota sitting out Super Bowl for first time since 2017

Why CarMax, Carvana and Vroom are sitting out the 2023 Super Bowl