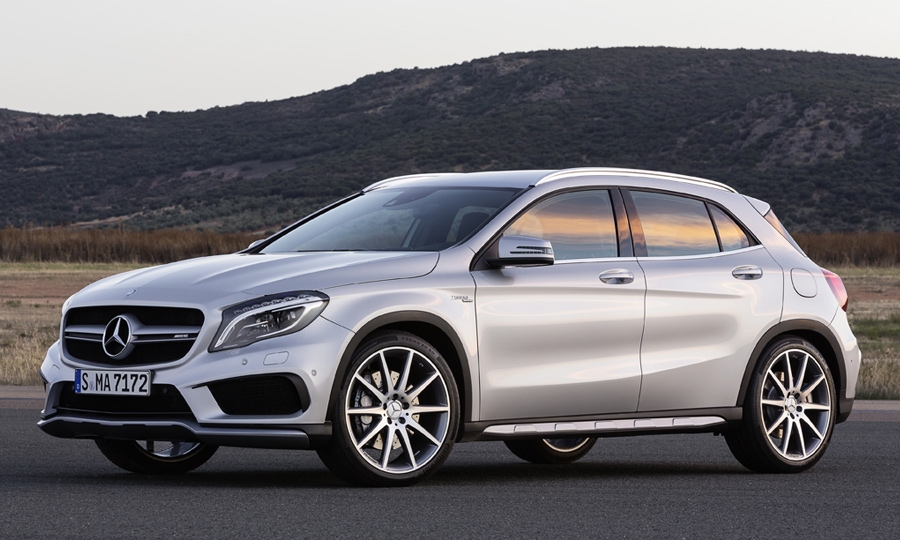 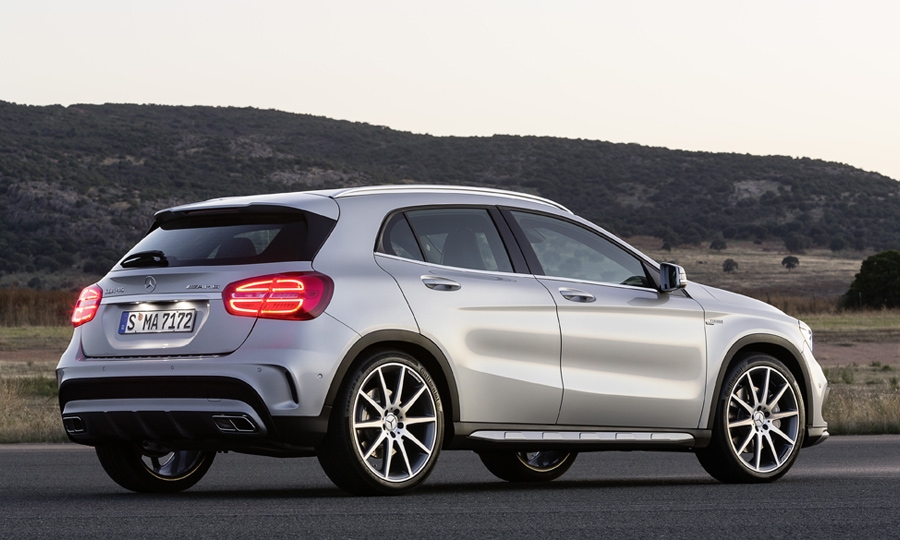 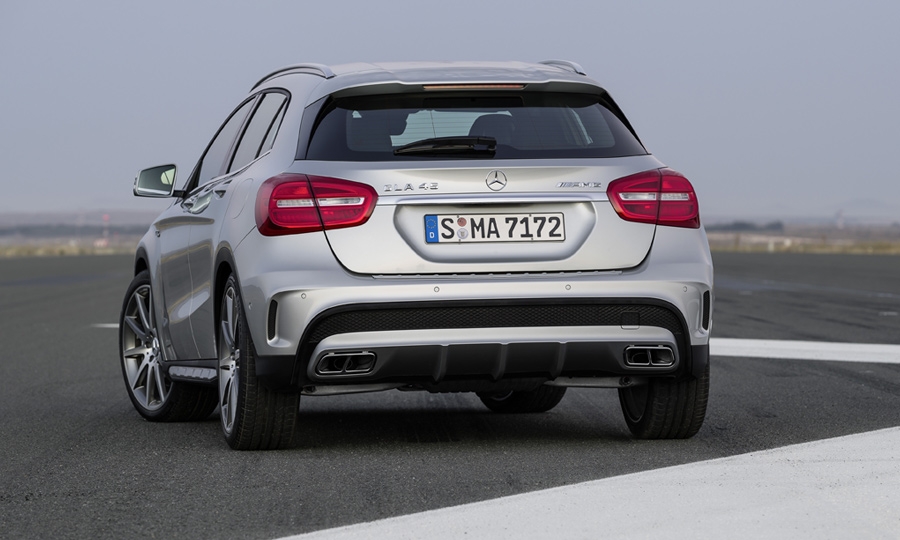 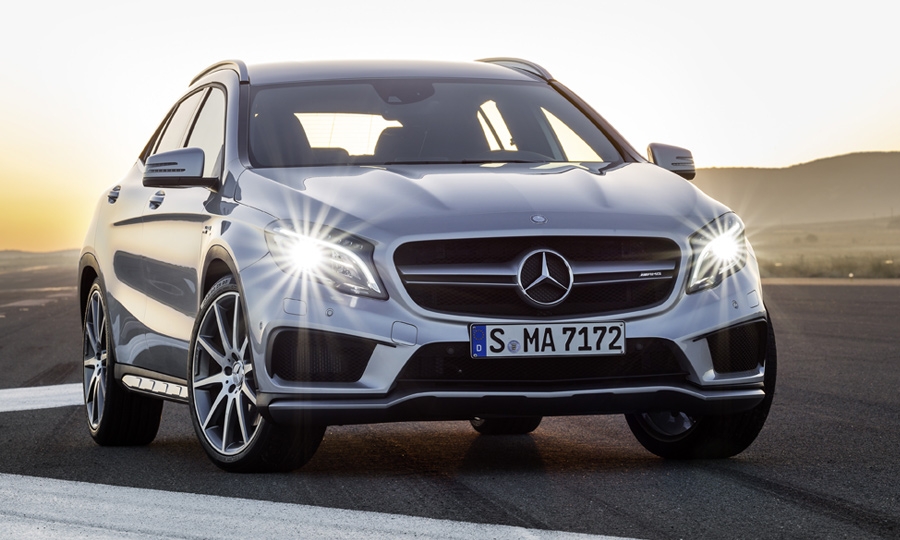 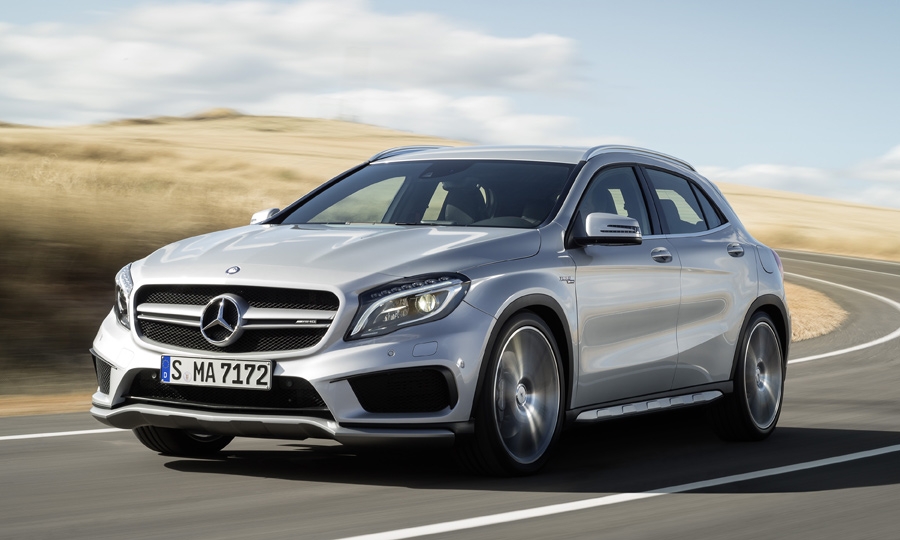 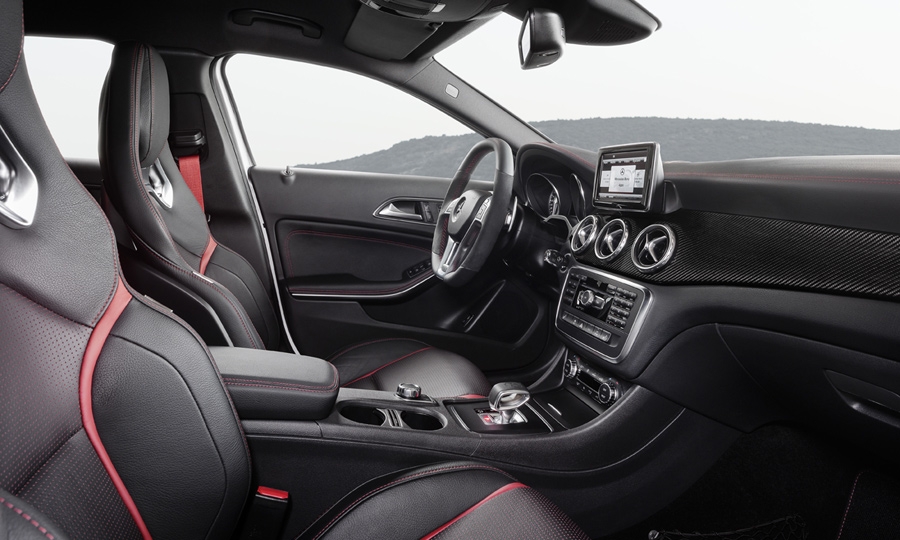 BURLINGTON, Vt. -- Mercedes-Benz expects its new GLA compact crossover that went on sale this week to draw even more entry-level buyers to the brand than the year-old CLA compact sedan has done.

The GLA will enjoy broader appeal because of added functionality and roominess, especially in the rear seats, company officials say.

“The design is still there -- it is fun and youth oriented. But the GLA adds a level of usability that the CLA doesn’t have,” said Bart Herring, general manager of product planning for Mercedes-Benz USA. “The greenhouse is a bit higher, the rear seats have a bit more space. The cargo area is flexible with 60/40 folding seats.”

The CLA, the first front-wheel-drive Mercedes sold in the United States, and the GLA share the same platform.

The compact crossover segment is one of the fastest growing in the United States, Herring noted.

The GLA will battle directly with the BMW X1 and the Audi Q3 as well as mass-market brands.

“Half of our customers will come from nonluxury -- the customer who does the luxury step up from Toyota, Nissan, Honda -- mainly sedans,” Herring predicted.

According to Edmunds.com, compact SUVs -- in which Edmunds includes many compact crossovers including the Honda CR-V, Ford Escape and Toyota RAV4 -- “are the hottest-selling vehicles in the auto market right now, making up twice the market share they claimed a decade ago.”

Edmunds says the segment is now the fourth-largest behind midsize cars, compact cars and large trucks. In 2004, compact SUVs accounted for 5.8 percent of the U.S. automotive market; this year, they have captured 10.8 percent, according to Edmunds.

The GLA, like the CLA, is in demand in markets around the world where it is already on sale, and supplies will be tight, Mercedes officials say.

Mercedes has sold 30,000 CLAs since the car went on sale a year ago, Herring said. While Mercedes “has planned” for the anticipated popularity of the GLA, “demand may exceed what we have,” Herring said.

The GLA will attract buyers in their 20s and 30s to the brand because of its price and modern styling, Mercedes executives predict. The GLA250 4Matic with all-wheel drive has a base price of $34,225. The high-performance GLA45 AMG, with a starting price of $49,225, also went on sale this week.

The entry-level, fwd GLA250 will arrive in U.S. showrooms in the first quarter of 2015 and will have a base price of $32,225. All prices include shipping.

Company officials expect awd to account for 40 percent of the product mix nationwide, and considerably higher in the Northeast. AMG variants will account for 5 to 7 percent of GLA sales, Herring said.

The engine and transmission offerings are being kept simple. There is one engine and one transmission. The awd and fwd models have an inline, 2.0-liter turbocharged four-cylinder engine with 208 hp and 258 pounds-feet of torque mated to a seven-speed dual-clutch transmission.

The awd model has a fuel economy rating of 23 mpg city/32 highway. Fuel economy figures for the fwd model aren’t yet available.

The AMG model is available only with awd and also has a 2.0-liter turbocharged engine but it has been tuned to crank out 355 hp and 332 pounds-feet of torque with a seven-speed dual-clutch transmission. It gets 23 mpg city/29 highway.

The introduction of the GLA means Mercedes can reposition the next-generation GLK -- its first entry-level crossover -- with a larger size and higher price, moves it did with the redesigned C-class sedan, Herring said.

The redesigned GLK will go on sale in the fourth quarter of 2015. It is expected to be renamed the GLC because it will be close in size to the 2015 C-class sedan.