Can Prius set the pace again? 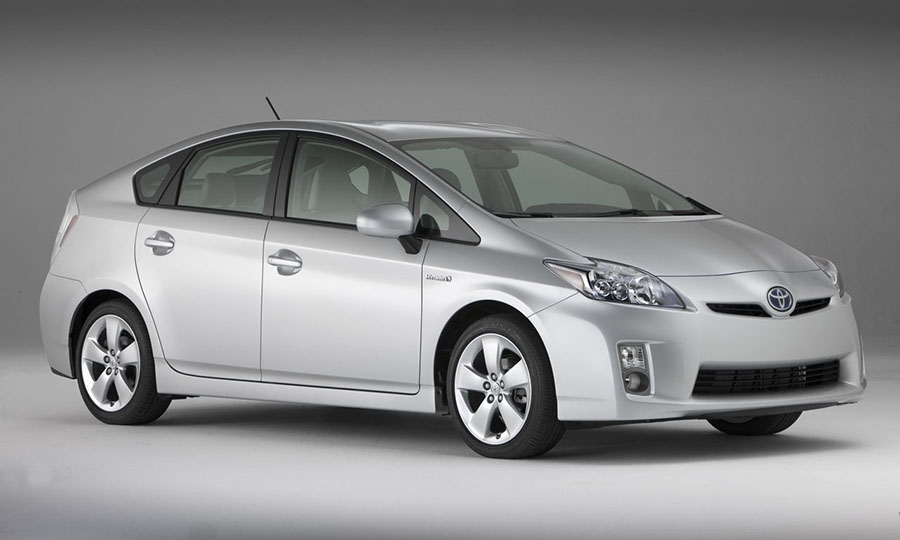 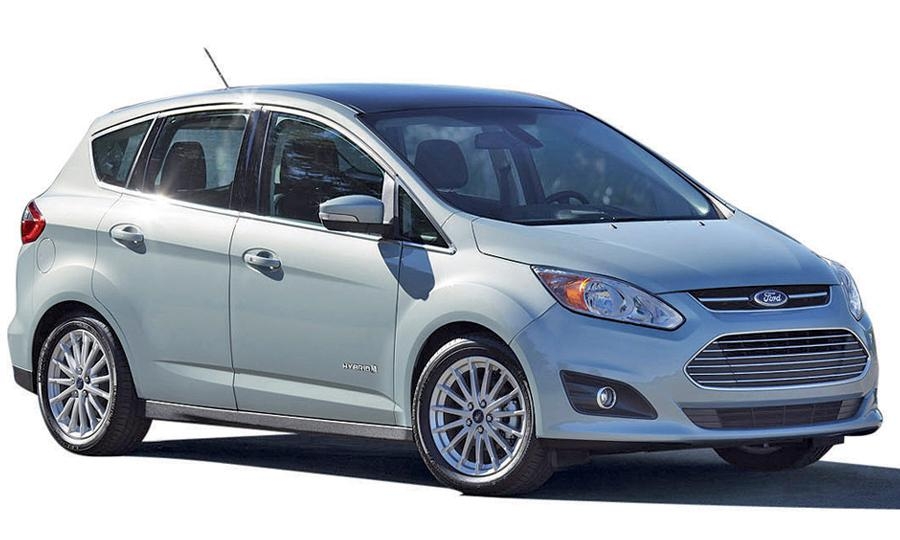 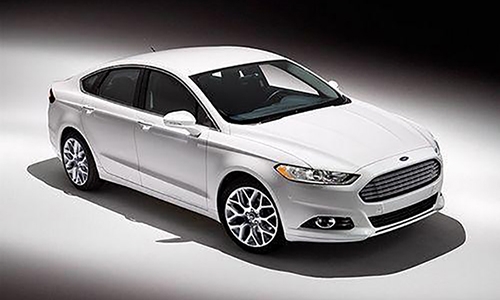 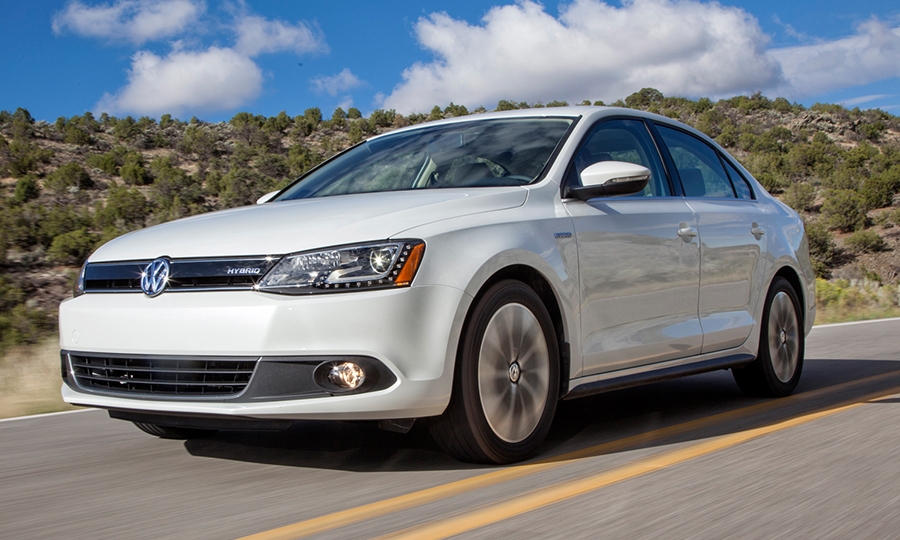 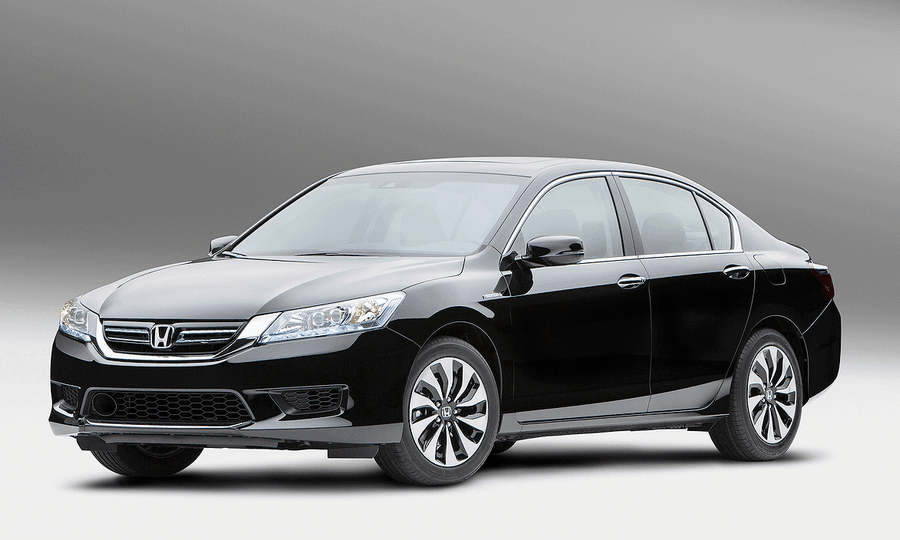 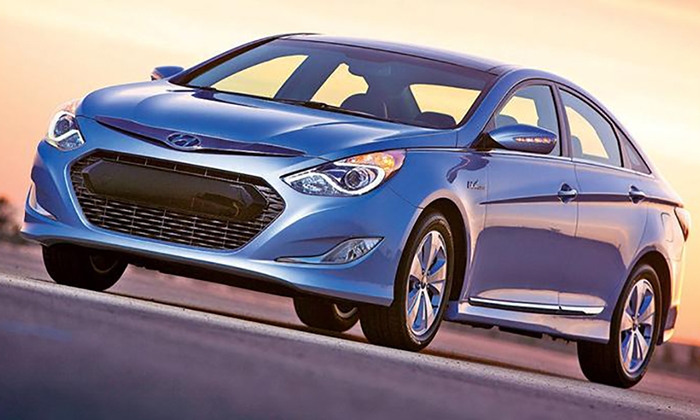 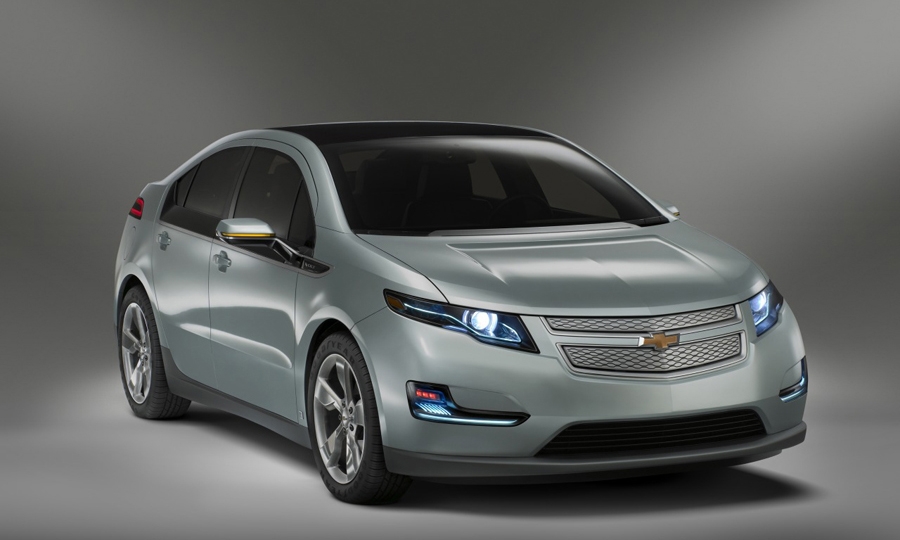 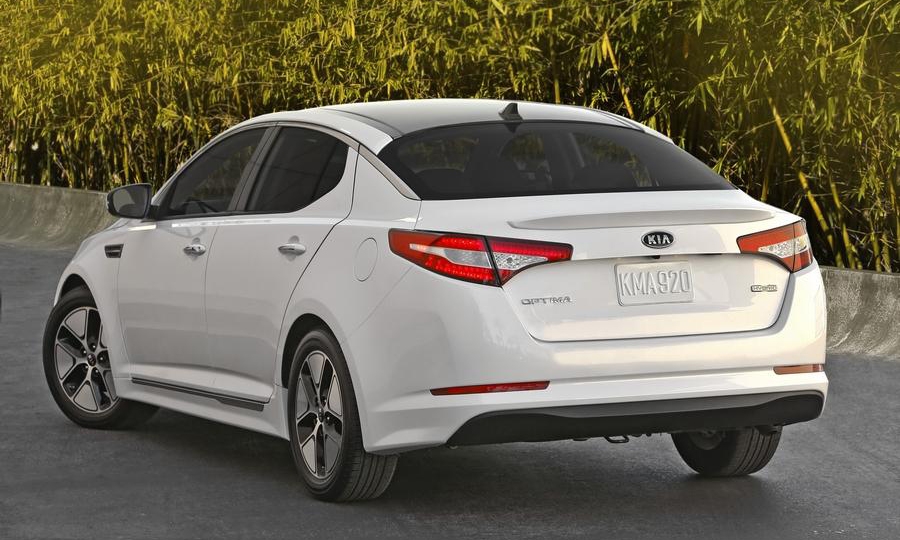 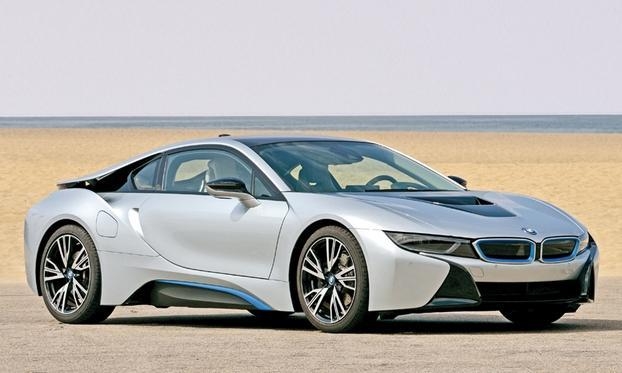 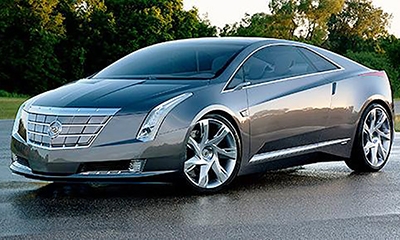 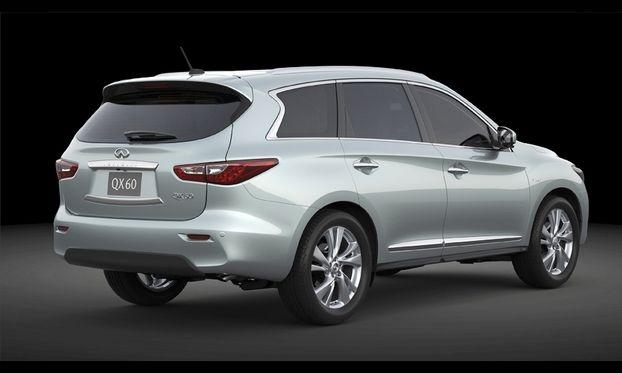 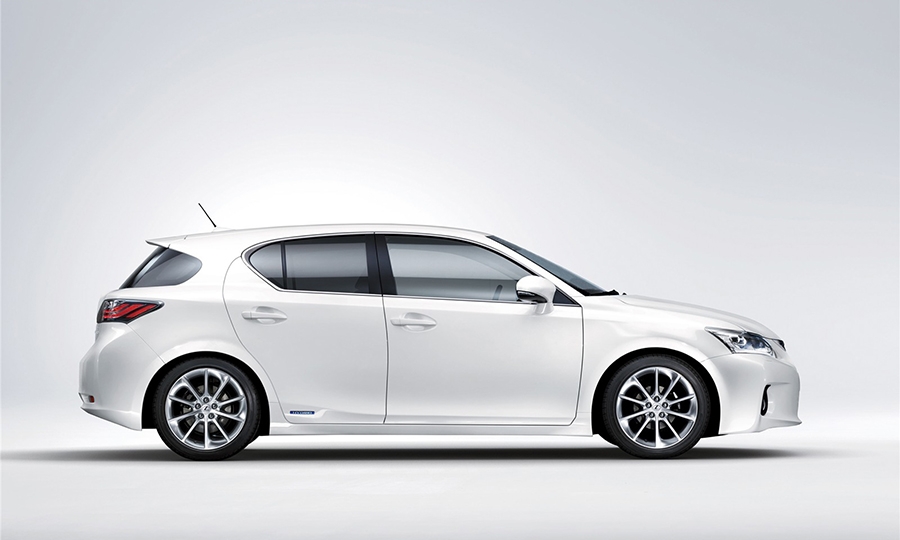 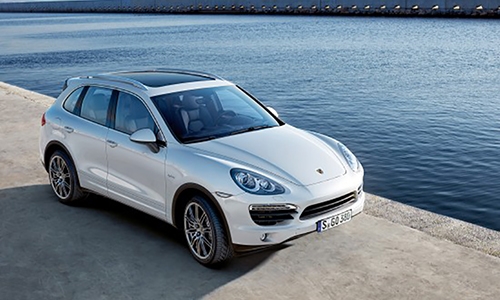 The Toyota Prius has been on an incredible ride. Now it's at a marketing crossroads.

When it arrived in the U.S. in 2000, it barely turned heads, selling in low volumes to only the most ardent environmentalists and early adopters.

But the second generation that arrived in 2003, featuring more room and better fuel economy, soared to prominence, emerging as a status symbol for Hollywood celebrities and running up big sales as gasoline prices rose. The word "Prius" came to define fuel economy, and the car became the pacesetter against which all alternative powertrain vehicles are measured.

So strong was the Prius name that Toyota made a big bet in 2011: It turned Prius into a brand of its own and launched three variants -- the roomier Prius V, a small high-mileage Prius C and a plug-in version -- in addition to the original hatchback. In 2012 and 2013, Prius sales climbed to new highs.

Ford, Hyundai, Kia, Nissan and Honda have fielded credible hybrids, and the term "hybrid" is now attached to a wide range of cars, including SUVs, luxury sedans and performance cars such as the Porsche Panamera, not to mention much of Toyota's own lineup. And fuel economy, the very characteristic that made Prius a technological showcase, is rising across the board, thanks to smaller turbocharged engines and the growth of clean diesel.

As a result, some of the cachet of the Prius name has faded. Today, the brand name that embodies cutting-edge powertrain technology is Tesla.

Toyota touted its Prius “family” in a 2012 TV ad. New ads that began this month aim to restore the hybrid lineup's cachet.

U.S. sales of the Prius have slumped, too, falling 12 percent in the first eight months of 2014, a period in which the overall light-vehicle market has grown 5 percent.

"The Prius was at one point a status car, but it's lost some of that special appeal," said Jessica Caldwell, a senior analyst at Edmunds.com. "You look at all the [internal combustion engine] vehicles and their increasing fuel efficiency, and you have to ask, 'What is the unique selling point of the Prius anymore?'"

To lift the Prius brand back to prominence, Toyota has geared up a new marketing push, including national TV spots, social and online marketing and driving events.

Erica Gartsbeyn, Prius marketing manager, said the company aims to reach beyond the more tech savvy and environmentally conscious consumers who have made up the bulk of the Prius customer base and to appeal to more mainstream buyers -- people who don't know much about hybrid technology and aren't necessarily drawn to high-mileage cars.

"We do want to reach the people who've owned a Prius and remind them of the experience they've had with the car to convince them to buy another one," said Gartsbeyn. "But we also want to talk to people who never considered a hybrid in the past to educate them so they understand that driving a hybrid is just like driving any other car."

The marketing drive kicked off this month with TV spots appearing on most major broadcast and cable networks and running on such hit shows as "Modern Family," "The Tonight Show Starring Jimmy Fallon," "Sunday Night Football" and "The Daily Show With Jon Stewart." Another flight of TV spots is scheduled for November.

The first spots focus mostly on existing customers. One depicts a fictional family taking a photograph with their current Prius, and comparing it with one taken when they bought their first Prius 14 years ago. Two spots that run on YouTube tell the stories of actual longtime, repeat Prius owners.

Gartsbeyn said Toyota expects the marketing efforts to spur Prius sales in the final months of the year, but she declined to give a specific target. She also said the company is counting on further sales gains in 2015 without discussing details.

Pumping up interest in the Prius line is an important task for Toyota. Much of Toyota's brand image is tied to its fuel economy and advanced technology. It could lose that advantage if the Prius comes to be seen as just one among many hybrid options.

Toyota will follow the marketing campaign with new product. It will launch the fourth-generation Prius hatchback in 2015, company executives told dealers at an August meeting in Las Vegas. The redesigned Prius is expected to use a nickel-metal hydride battery pack and is expected to be rated at about 55 mpg in combined city and highway driving, dealers who attended the meeting said. An "eco grade" version will be rated at more than 60 mpg, and will likely use lithium ion batteries, the dealers said.

The new version shown in Las Vegas is more streamlined and sportier than the current Prius. Dealers who saw the car said that should turn the heads of consumers who have become used to the look of the previous Prius iterations.

The fourth-generation Prius hatchback will be followed later in 2015 or early 2016 by freshened versions of the V and C, featuring plusher interior materials and minor cosmetic improvements, dealers said.

The new models will add excitement to the Prius line, but will not change another factor damping its sales: moderate and stable gasoline prices. Nationally, the average price of a gallon of regular gasoline is $3.39, down from $3.53 a year ago and $3.83 two years ago.

Earl Stewart, owner of Earl Stewart Toyota in Lake Park, Fla., said he thinks gasoline prices are the main cause of this year's decline in Prius sales. "What people are buying is trucks and SUVs," he said. "If gas prices go back to $4 a gallon, you'll see Prius take off again."

Even if gasoline prices weren't working against the Prius line, there's no denying that its allure isn't what it used to be. In August, Prius spent an average of 63 days on dealer lots, according to Edmunds. Five years ago, the days-to-turn for Priuses was a mere 11 days. And they sell with higher incentives now, too. The average Prius spiff was $2,424, up from $973 two years ago, and just $168 in 2009, Edmunds said.

Rob Martens, a retired music engineer in Ann Arbor, Mich., embodies the challenge Toyota faces with its flagship hybrid. A Prius owner for the last decade, Martens had intended to buy another one when he started shopping for a new car in August. But then he heard about Volkswagen's diesel Passat TDI, and was won over by its sleek look, smooth ride and German engineering.

On his first trip to northern Michigan, he got 42 mpg -- only slightly less than the 45 mpg he used to average in his Prius. And he loves the Passat's range. He can go almost 800 miles between fill-ups with its 20-gallon tank.

"The Prius used to be a no-brainer if you wanted a car that gets 40 mpg," he said. "Today you've got options."