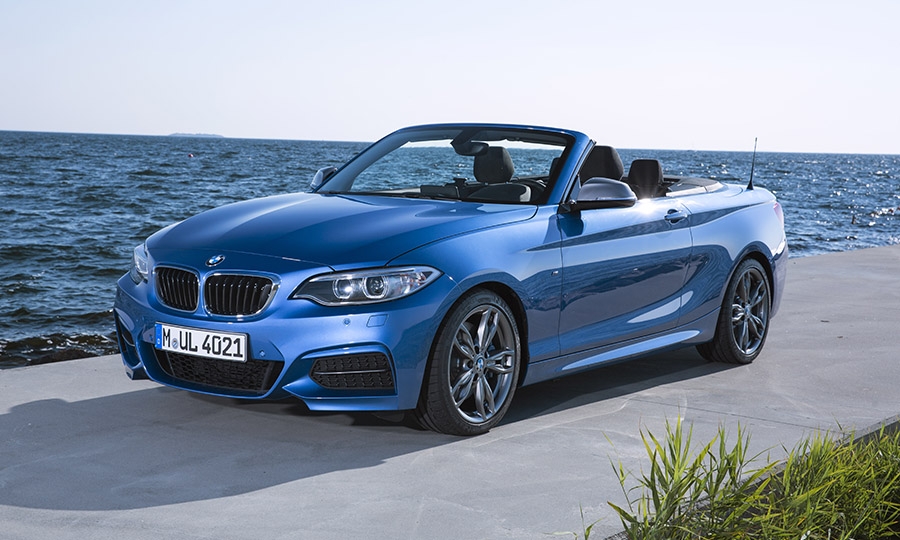 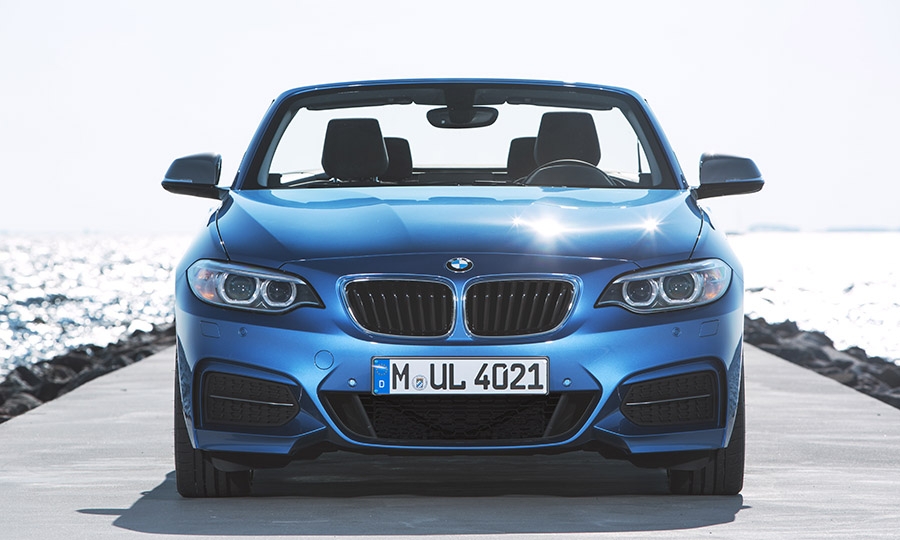 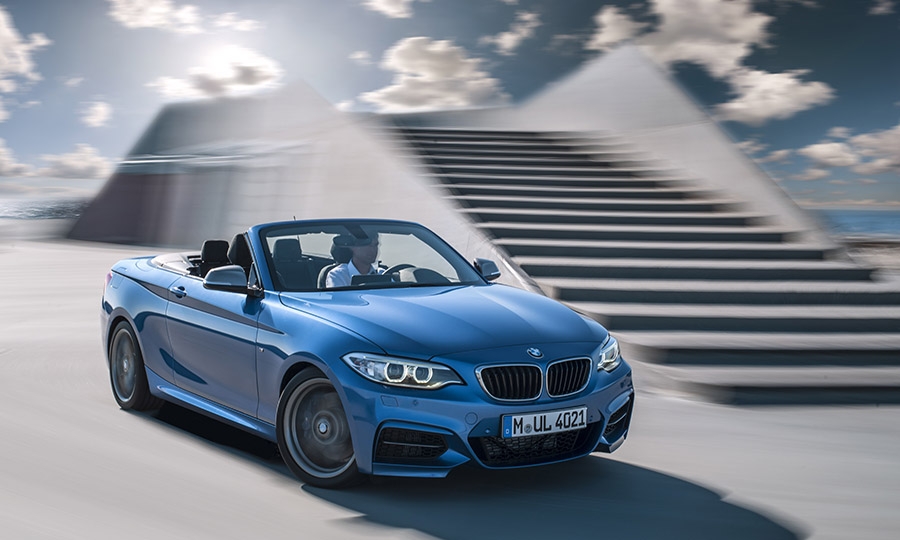 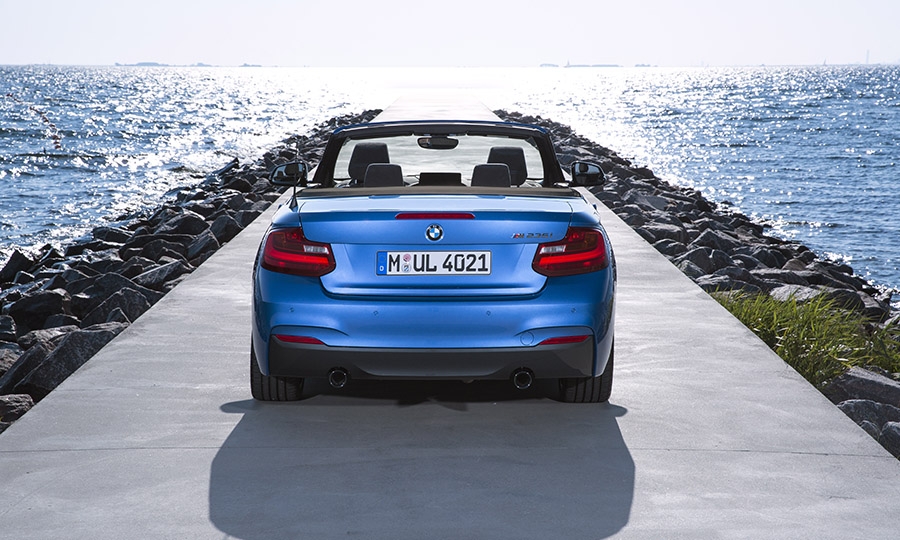 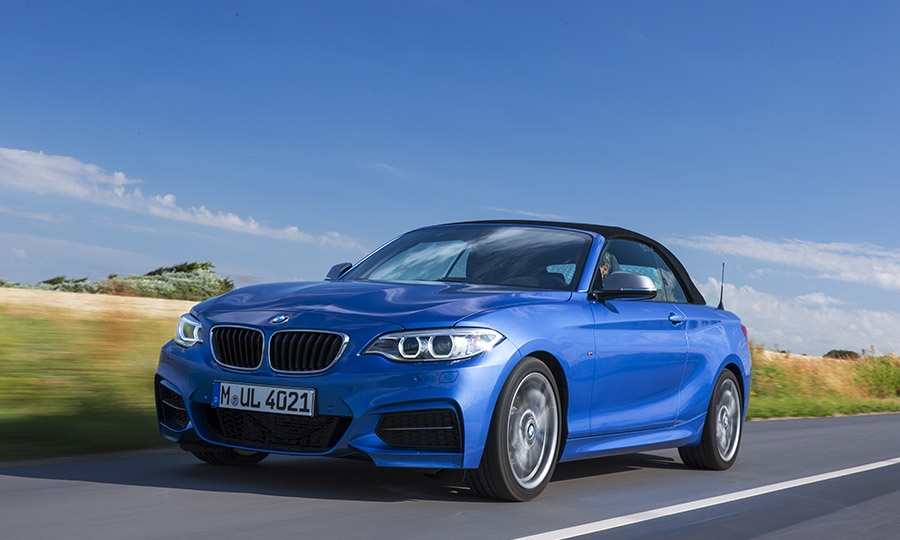 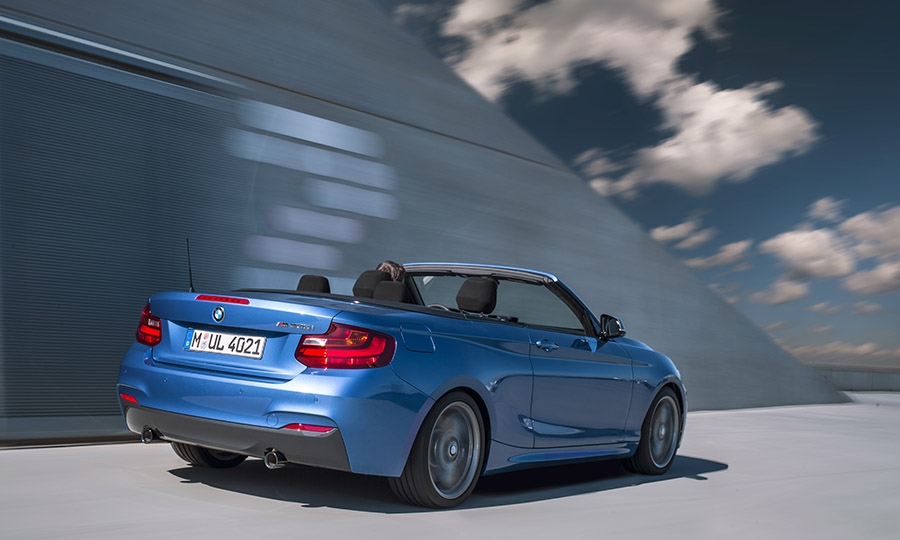 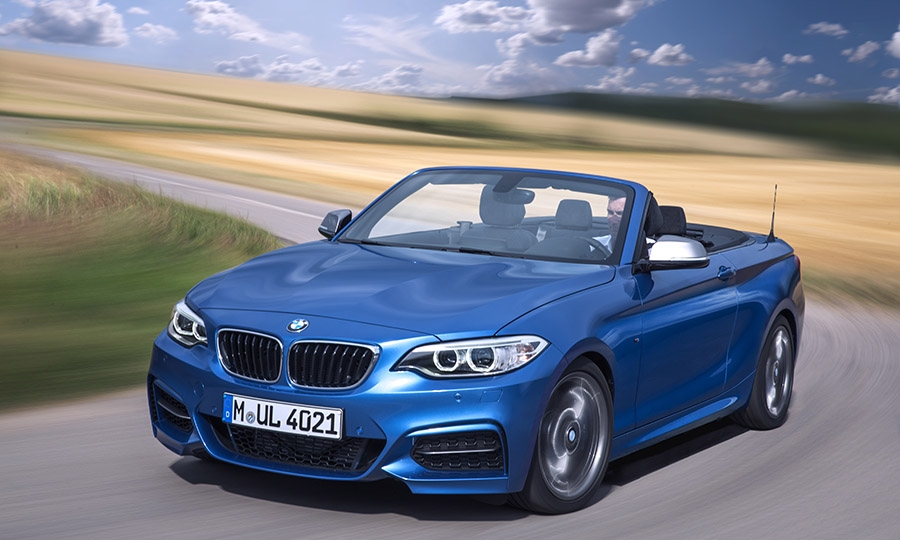 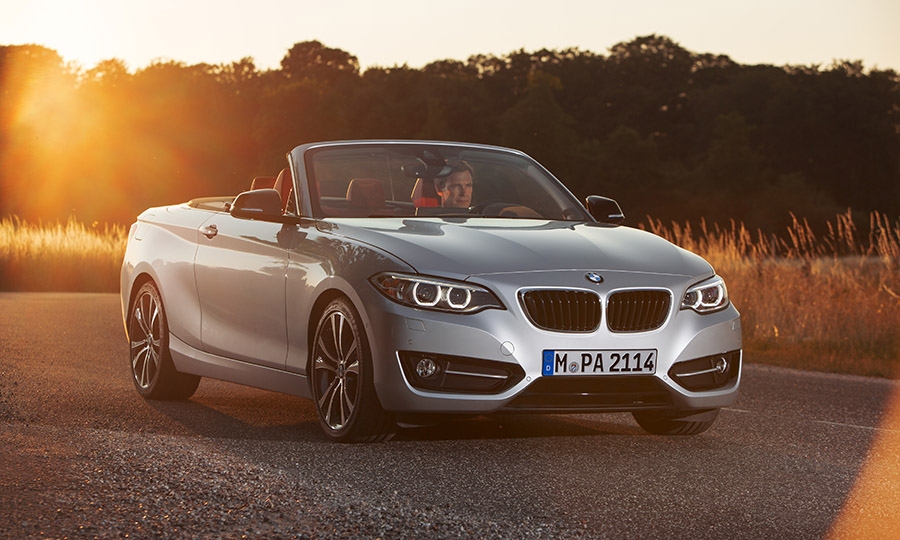 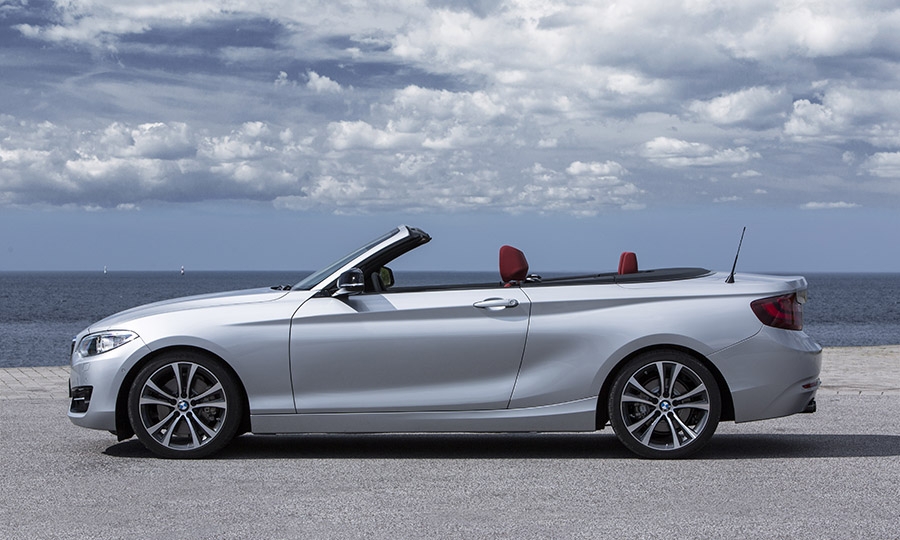 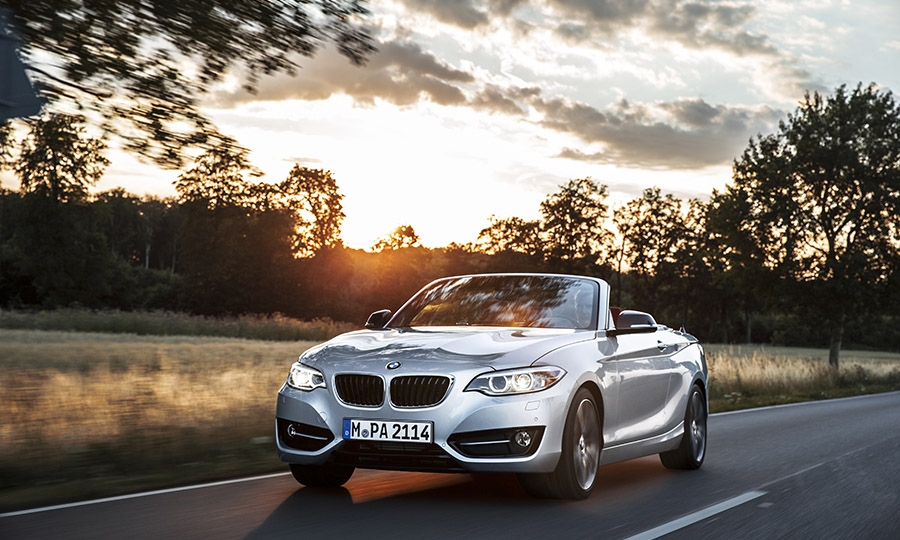 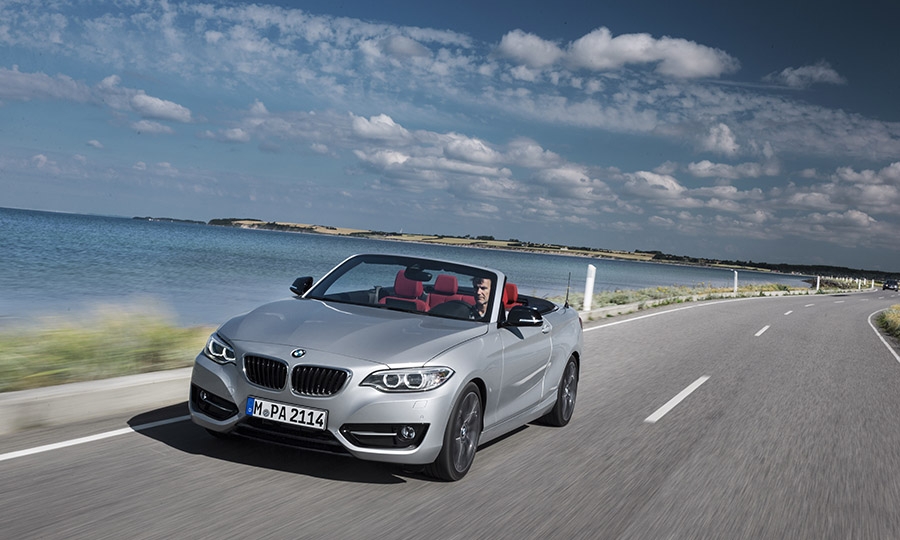 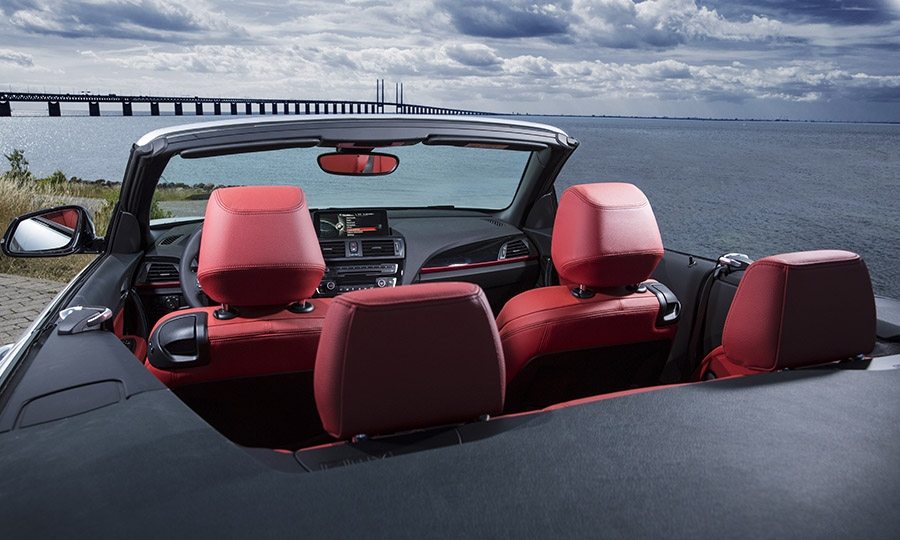 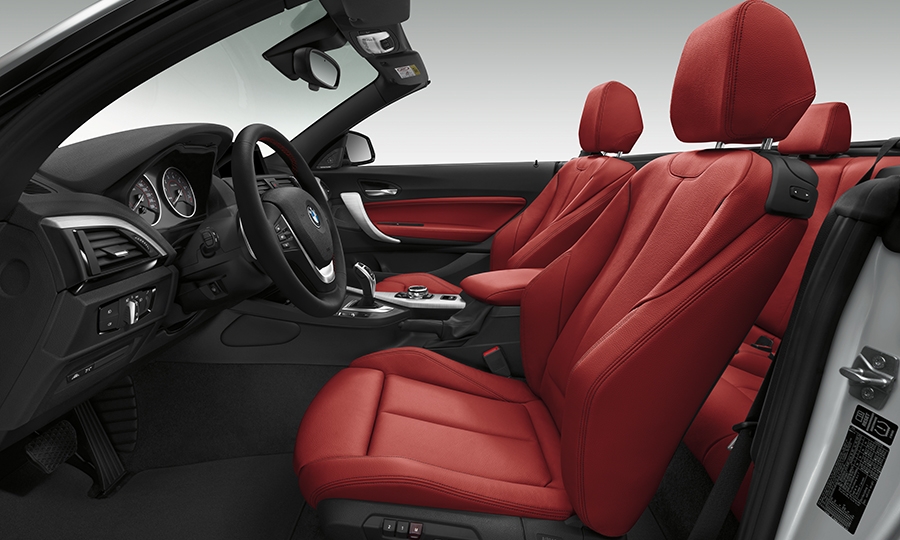 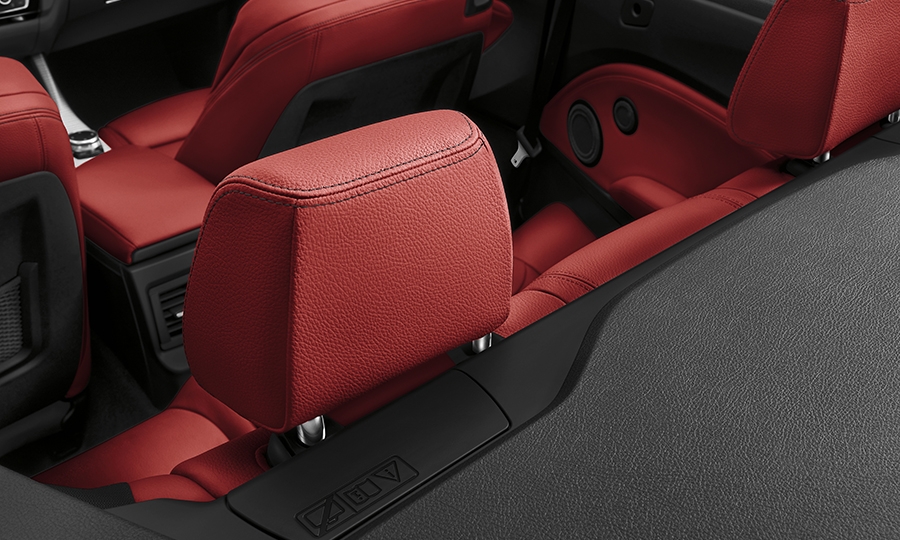 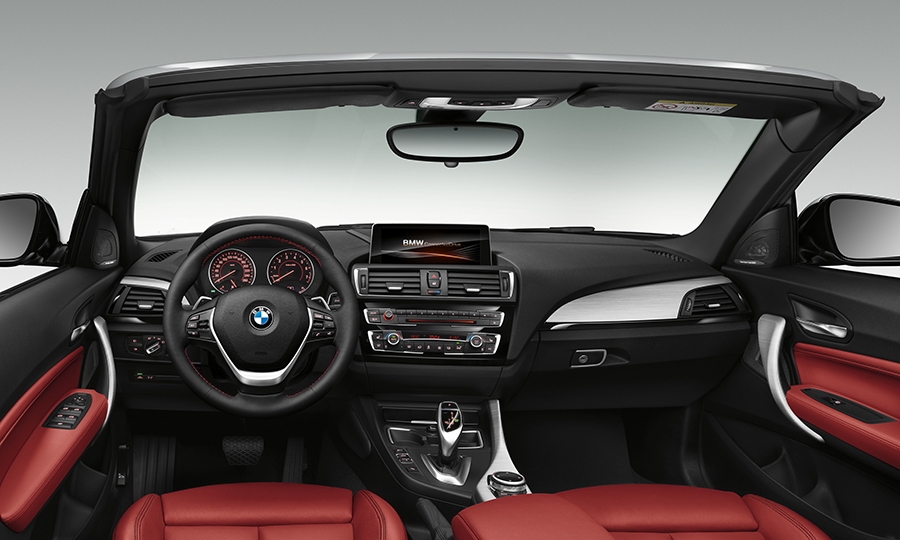 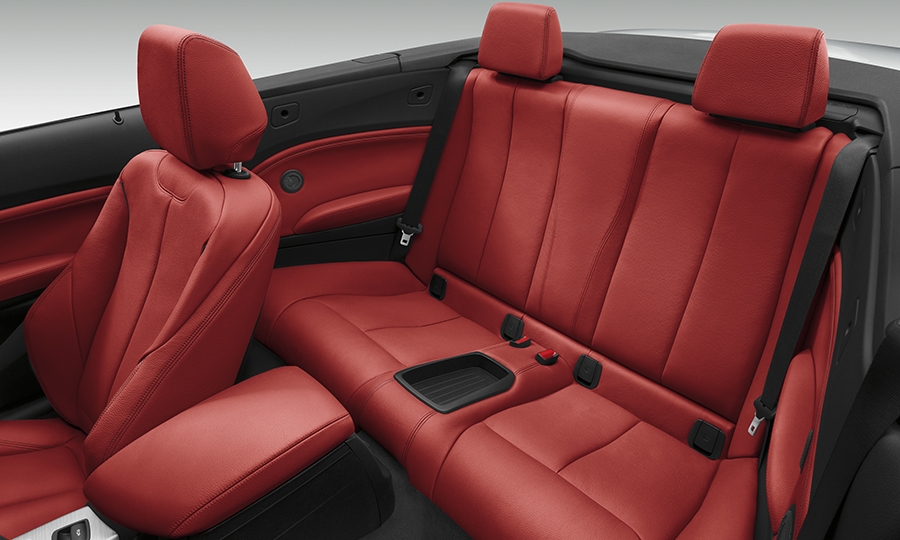 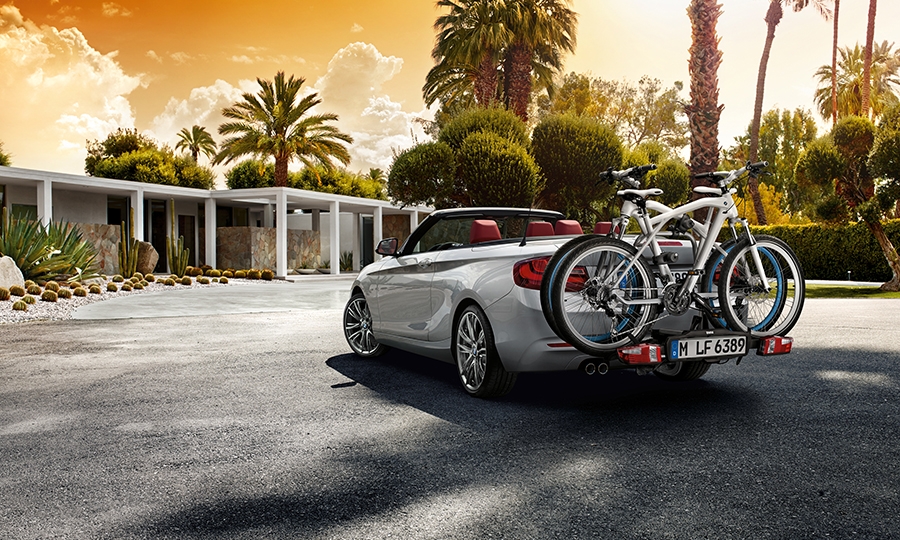 BMW’s 2015 2-series convertible goes on sale early next year after debuting in October at the Paris auto show.

The soft top opens in 20 seconds and can be opened or closed at speeds up to 30 mph.

The 228i’s 2.0-liter twin power turbo four-cylinder engine generates 240 hp and is combined with an eight-speed automatic transmission with shift paddles on the steering wheel. It will accelerate from 0 to 60 mph in 5.7 seconds.

BMW said EPA fuel economy figures are not yet available but the 228i is expected to be 30 percent more efficient than its predecessor. The automatic-transmission 128i got 18 city/27 highway/22 combined.

The M235i has the M performance package and a 3.0-liter turbo inline six-cylinder engine that generates 320 hp and is combined with either an eight-speed automatic or six-speed manual transmission.