Volvo banks on new era with debut of redesigned 2016 XC90 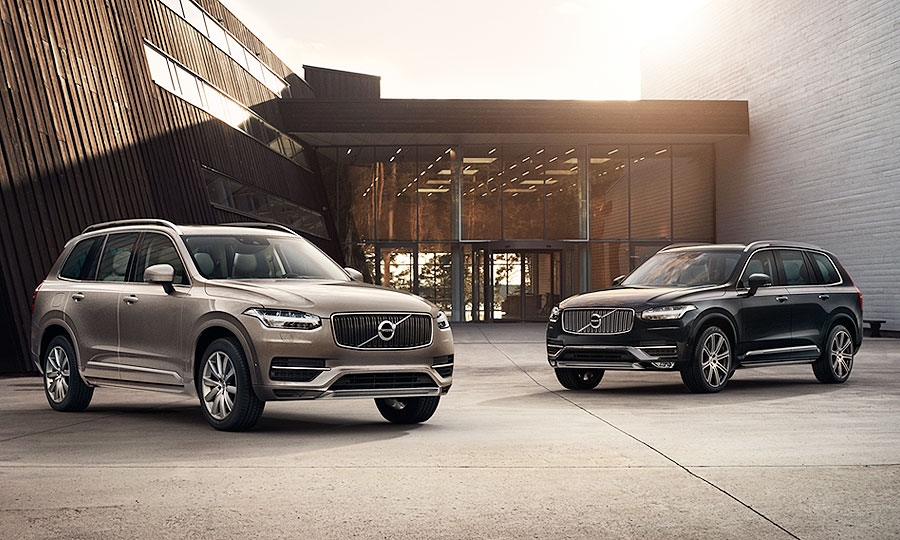 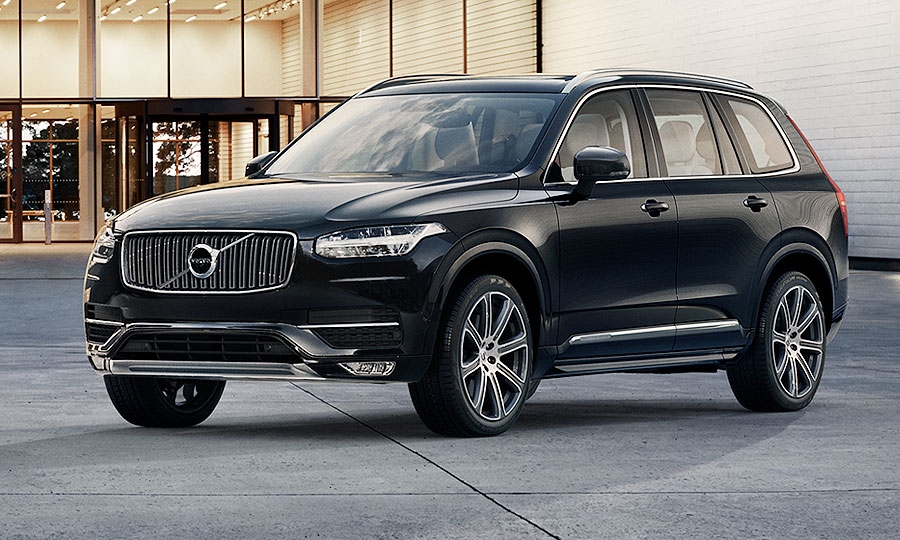 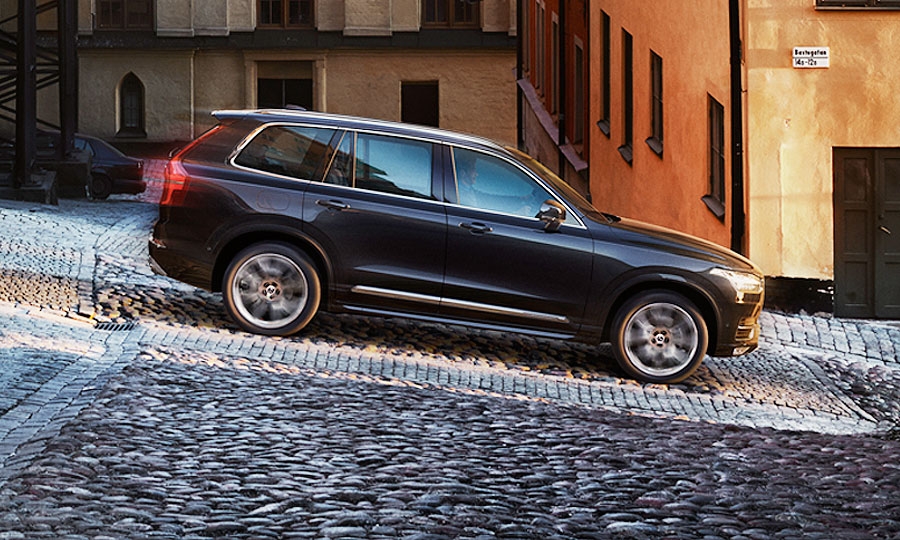 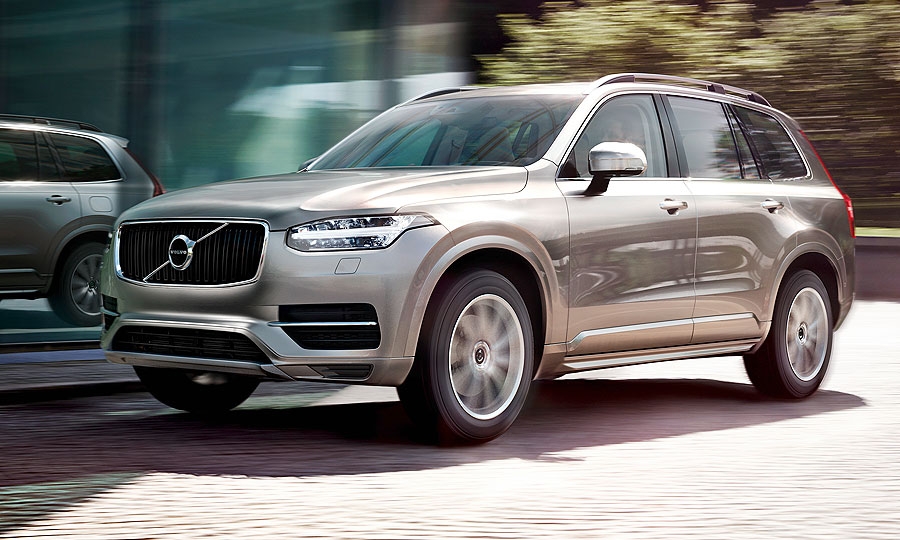 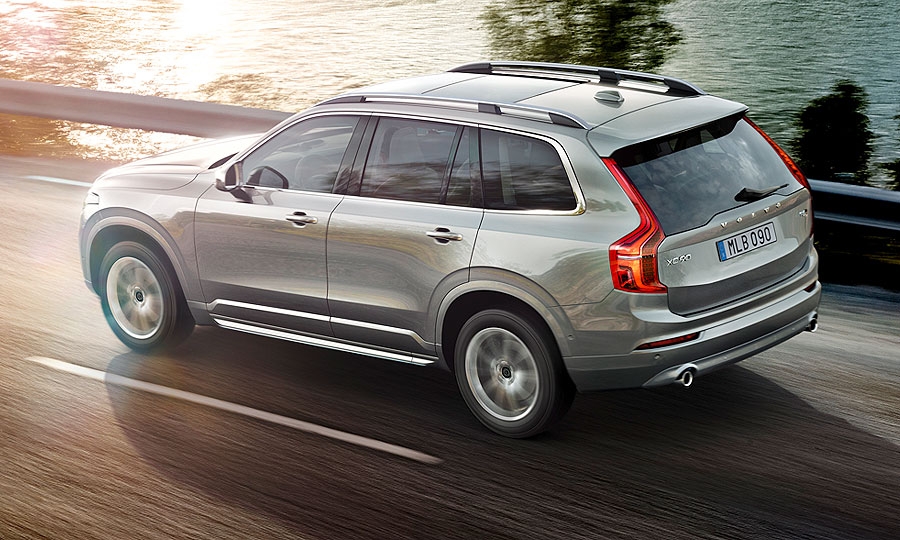 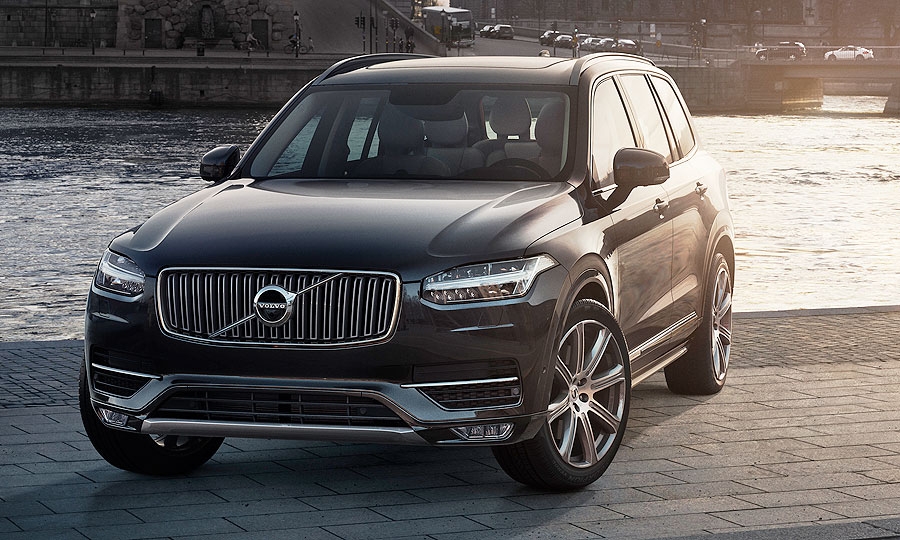 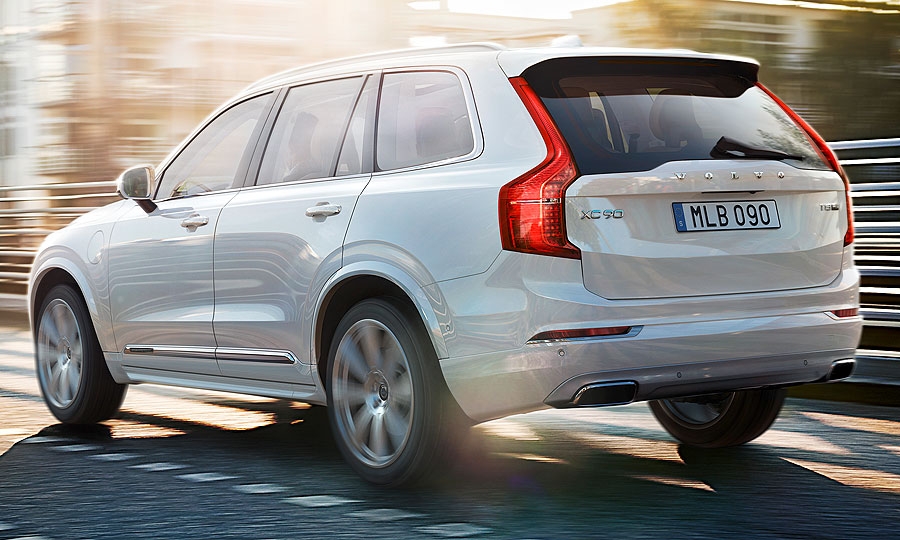 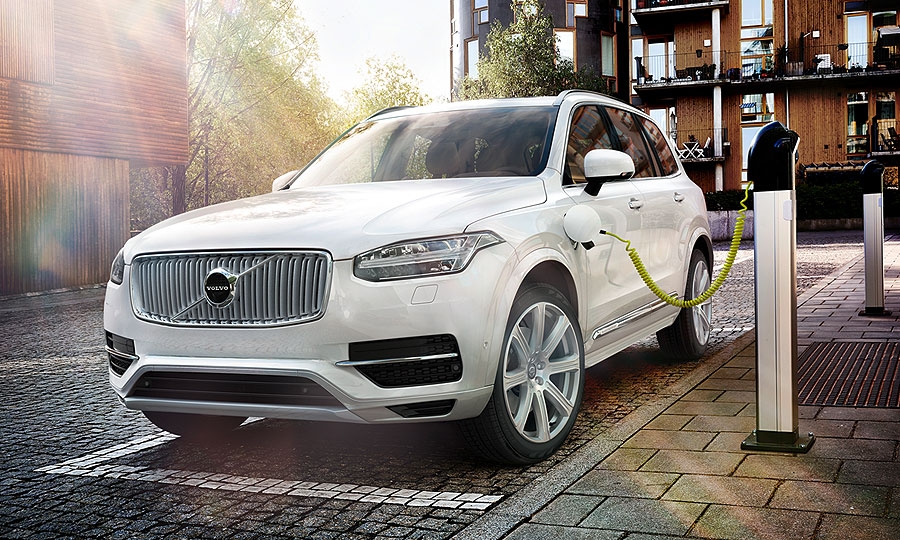 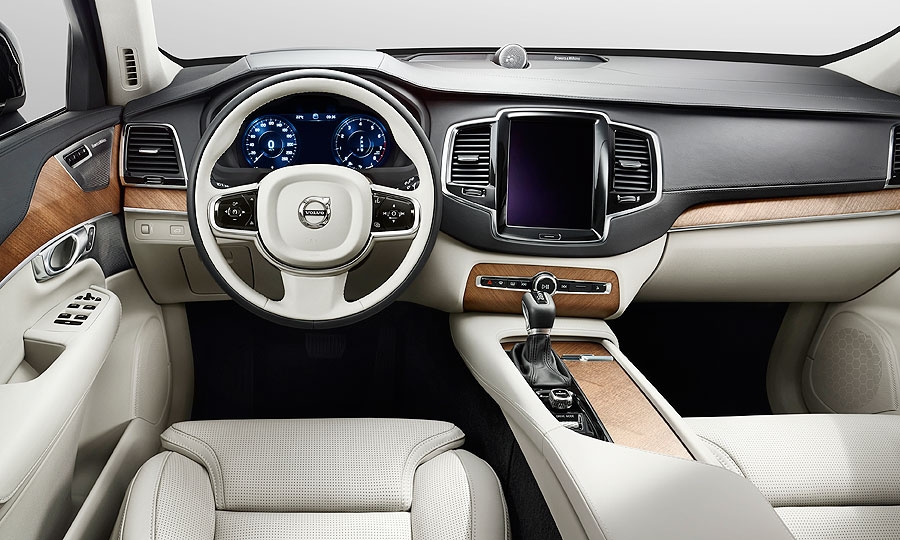 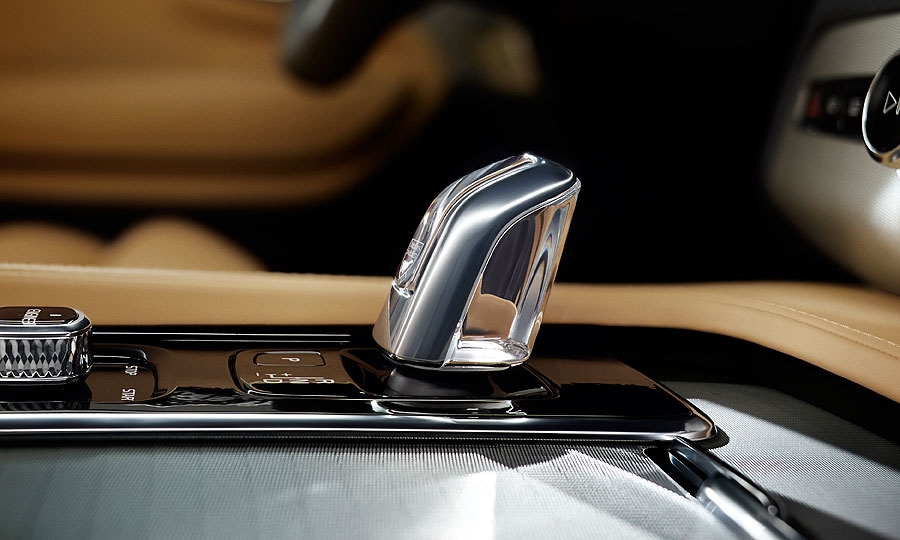 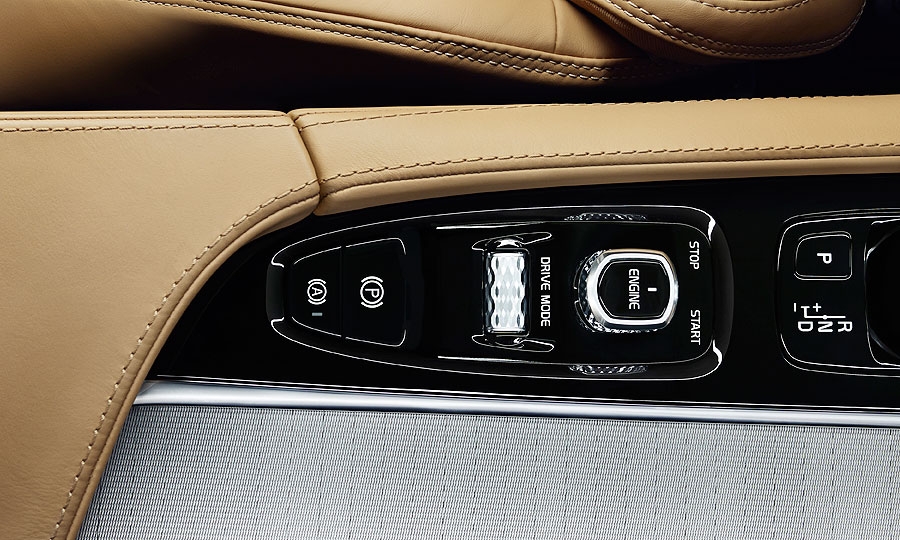 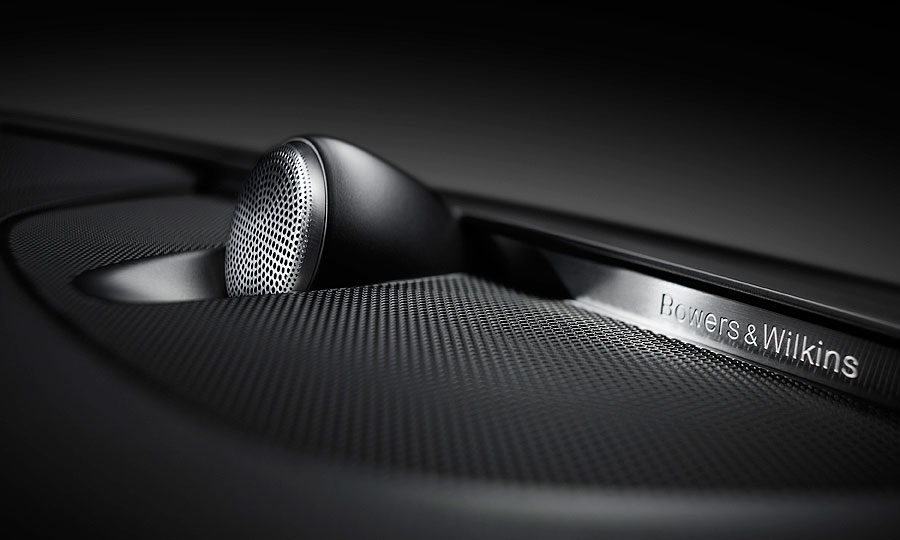 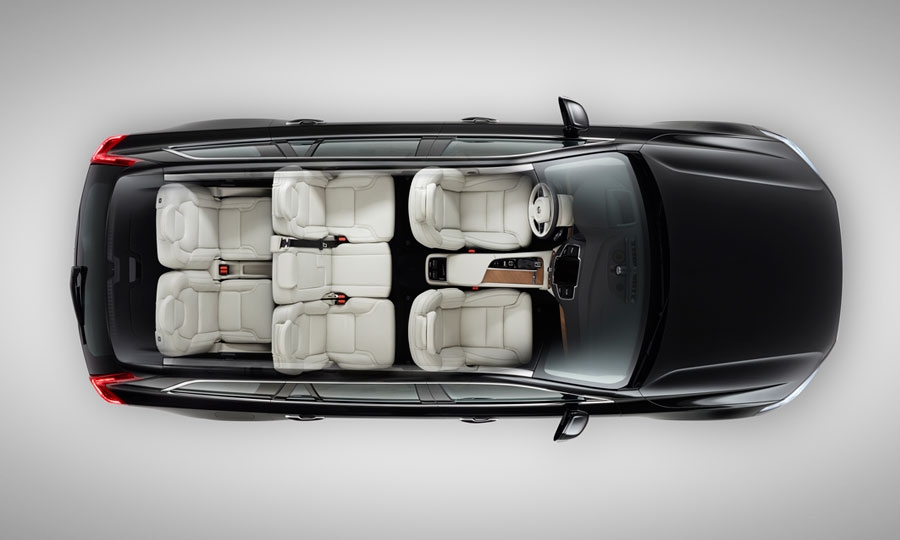 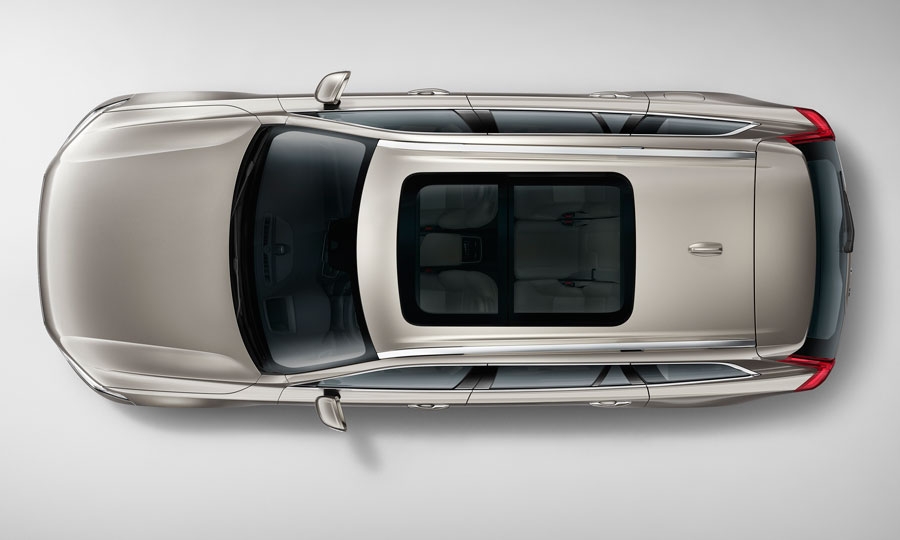 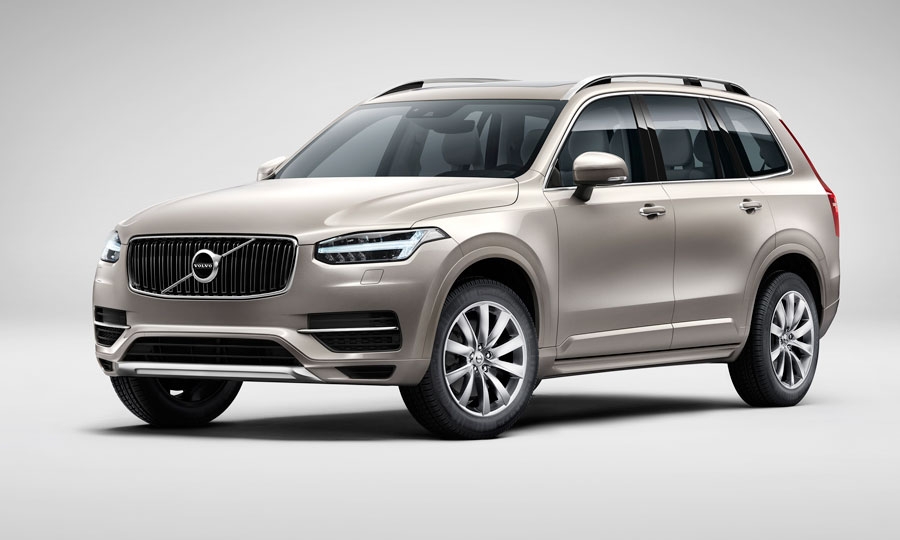 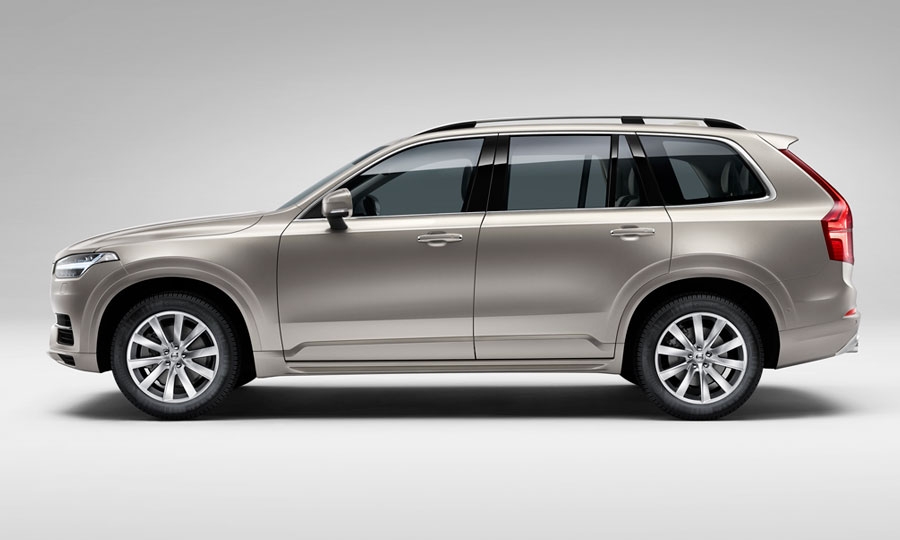 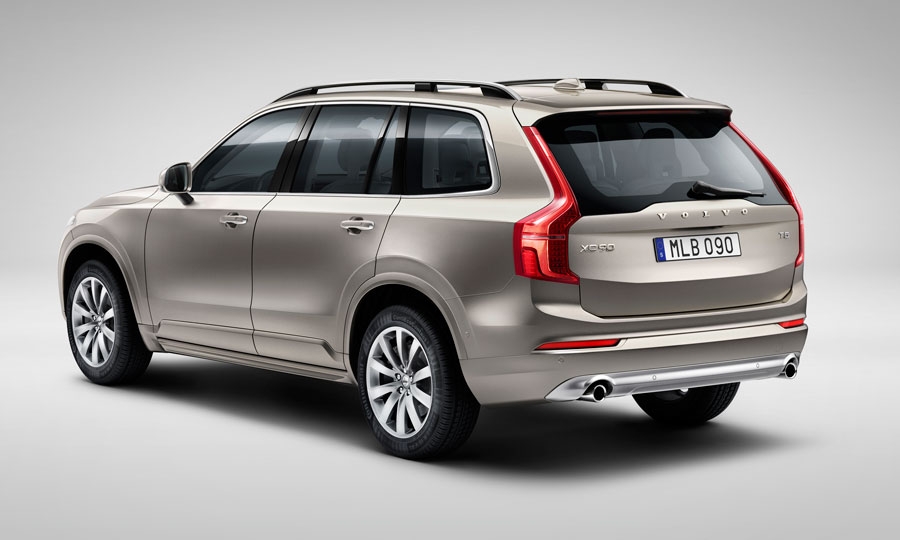 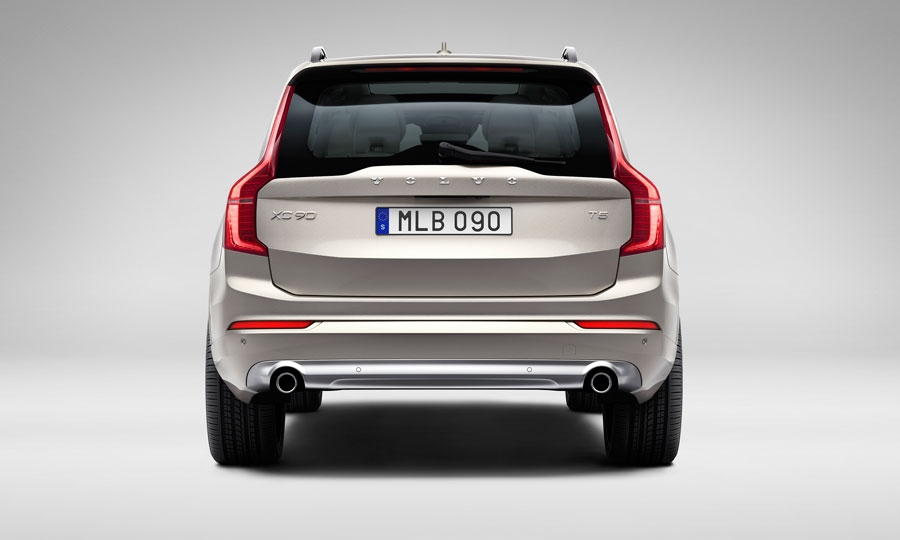 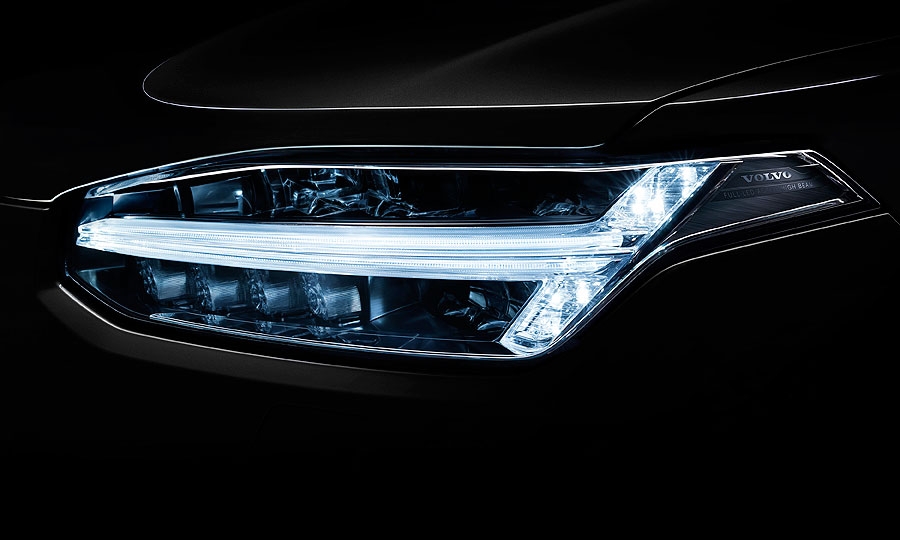 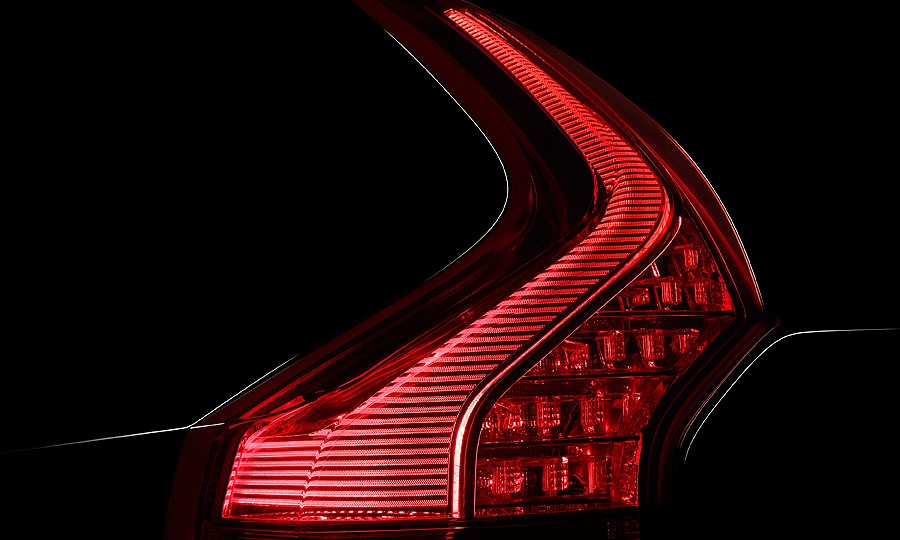 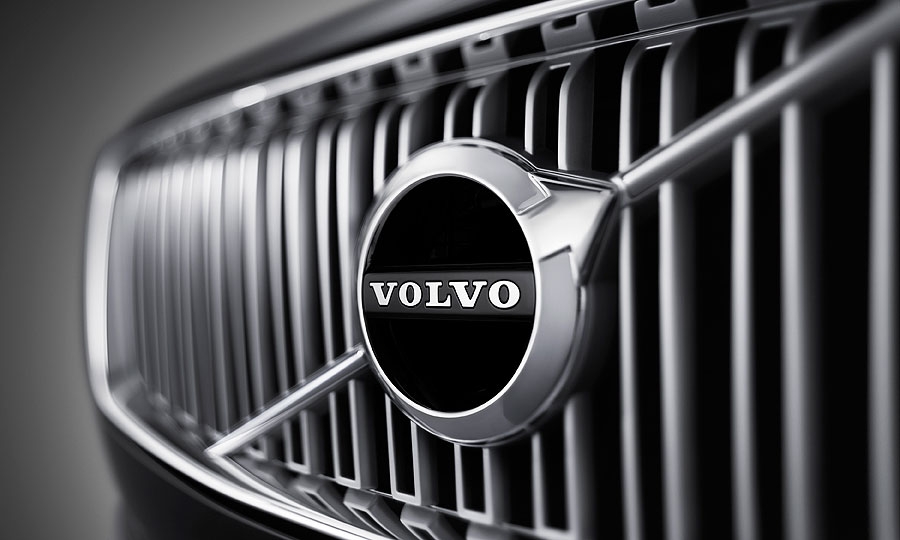 STOCKHOLM -- Volvo, embarking on an ambitious new era, formally unveiled the redesigned XC90, a flagship crossover whose sales performance will help recast the Swedish brand’s fortunes in the U.S.

The 2016 XC90 -- heralding new styling, room for seven, new safety technologies, more fuel-efficient engines and a more premium interior, all packaged on a new flexible platform -- is the first vehicle developed by Volvo since its sale to China’s Zhejiang Geely Holding Group in 2010.

When it goes on sale in the U.S. early next year, the XC90 will join a growing but cutthroat premium midsize crossover market that is dominated by the Lexus RX and a throng of other European, American and Asian rivals.

Detailed pricing will be announced at a later date, but Volvo said today a well-equipped XC90 T6 with all-wheel drive will have a U.S. starting price of $49,825, including shipping. The XC90 T6 AWD will come equipped with navigation, 19-inch wheels, a power laminated panoramic sunroof and advanced connectivity. In addition, it's expected to deliver what Volvo says will be “best-in-class power and fuel efficiency.”

Volvo has a lot riding on the second-generation XC90, which hasn’t been replaced or significantly upgraded since 2002. Company executives plan to leverage the XC90 rollout to spark momentum for the brand, and rebuild profits and operating margins.

It is coming online as Volvo’s U.S. sales have dipped 11 percent this year and fallen seven out of the last ten years. The brand’s U.S. sales peaked at 139,067 in 2004 and haven’t topped 100,000 units annually since 2007, even as the overall light-vehicle market remains on track to expand for the fifth consecutive year.

“This is one of the most important days in our history. We are not just launching a car but relaunching our brand. Today marks a new era for our company,” said Hakan Samuelsson, CEO of the Volvo Car Group. “The XC90 paves the way for a portfolio of exciting new cars to come over the next few years.”

If there is one silver lining for Volvo as it prepares to launch the XC90, it is that Americans have rediscovered SUVs and crossovers. U.S. deliveries of premium crossovers have jumped 12 percent this year through July, according to the Automotive News Data Center.

Still, the XC90 will compete with more than 20 nameplates including the Acura MDX and RDX, Lincoln MKX, the BMW X3 and X5, the Cadillac SRX, the Porsche Macan and Cayenne, and the Audi Q5 and Q7. Audi and BMW have signaled intentions to expand their crossover lineups, and Jaguar and Maserati plan to market crossovers for the first time.

Ed Kim, vice president of industry analysis at AutoPacific, said Volvo faces an uphill battle no matter how well the revamped XC90 is re-engineered and executed.

“The brand has fallen off many U.S. customers’ radar,” Kim said. “And by moving upscale, Volvo has alienated much of its audience -- many of whom have since migrated to Subaru and other premium-mainstream brands.”

How the XC90 is received in the marketplace will also set the tone for Volvo’s future growth and products, which will all be derived from the new platform.

Moreover, a successful launch of the XC90 will play a pivotal role in rebuilding trust in the Volvo brand as it prepares to market Chinese-built models -- likely the S60L -- in the U.S. starting next year, Kim said.

“Consumers are still tentative about the idea of a Chinese-built car, so a successful one really needs to come from a well-regarded and well-trusted brand,” Kim said. “Volvo certainly has the bones to be such a brand, but it needs to regain prominence in the marketplace to take on that role.”

Global sales of the second-generation XC90 are projected to reach 65,000 a year at its peak, IHS Automotive estimates, with most of the volume concentrated in China.

"We do not expect the vehicle to repeat the popularity of the first generation in markets such as North America and Europe due to how crowded this playing field now is," IHS Automotive said. "It remains to be seen whether consumers respond well to the brand's new direction; if it is successful, it could bode well for its further new launches in the future."

Volvo spent three years developing the XC90 as part of an $11 billion investment in new vehicles and factories. The XC90 formally severs Volvo’s ties with former parent Ford Motor Co.; there are no parts or components on the new XC90 borrowed or shared from Ford.

The XC90 introduces a new design template for Volvo and is the first vehicle that will use what the automaker calls scalable product architecture.

The new architecture will underpin all future Volvo models except for a new generation of subcompacts being co-developed with Geely.

SPA has enabled the company to improve interior space and create a vehicle with the “comfort of a much smaller and lower car,” said Peter Mertens, senior vice president of research and development for Volvo.

About 40 percent of the XC90's body and components are made using boron high-strength steel because it is lighter and stronger than conventional steel, Mertens said. Volvo prefers boron steel to aluminum because of the strength properties and the added safety in a crash, he said.

Volvo will continue to use Ford components and some parts for platforms until about 2018; its licensing agreements expire in 2020, Mertens said.

When it replaces all of its current vehicles, Volvo will have two architectures -- SPA and CMA, or compact modular architecture that will be used for the replacement of the V40 and other compacts, Mertens said.

"SPA is a game changer and a technical leap for Volvo,” Mertens said. “It lays the foundation and gives us the opportunity to develop the safest cars ever."

The XC90 is powered by Volvo’s new Drive-E engine family.

The 2.0-liter, four-cylinder range-topper will offer the unusual combination of a turbocharger, supercharger and electric motor that when combined generate an estimated 400 hp. Volvo estimates it will be able to travel 25 miles in EV mode.

The supercharged and turbocharged version has output of 320 hp and an available D5 twin-turbo diesel engine that will produce 225 hp. The engines are mated to an eight-speed automatic transmission. There are no current plans to market the diesel variant in the United States.

Volvo boasts the XC90’s emissions will also be low -- 60g/km based on European measurements. U.S. fuel economy estimates have not been released.

Volvo's only engine family will have four horsepower variants that range from 225 to 400 for the hybrid with a 65-kilowatt electric motor that executives say will have the performance of today’s eight-cylinder vehicles.

Over time, Volvo will offer only four transmissions -- two eight-speed automatics, a double-clutch and a manual, Mertens added.

The new XC90 features Volvo’s updated “iron mark” -- the famous arrow with a diagonal slash across the grille that has been the face of Volvo models for years.

The headlights are adorned with a striking horizontal T -- for the Nordic Thor’s Hammer, in a nod to Volvo’s Scandinavian roots -- that will feature prominently on all future Volvo models.

The XC90 also has a longer hood, new rear lights, sharper shoulders and a more muscular body than the current vehicle.

“The overall impression, both exterior and interior, has a strong connection to the key elements of the Swedish lifestyle: generous space, celebration of light and focus on well-being,” said Thomas Ingenlath, Volvo’s senior vice president of design.

Volvo said the XC90 has the “most luxurious” interior to date with a modern and uncluttered layout. A touchscreen table in the center console controls vehicle functions, entertainment and communications using tiles that can be expanded and don't require endless clicks or taps to operate.

The system has no buttons and “represents an entirely new way for drivers to control their car and access a range of Internet-based products and services,” the company said.

Interior materials include leather, wood and a crystal glass gear lever made by Orrefors, the famous Swedish glassmaker, and diamond-cut controls for the start/stop button and volume control.

Volvo claims the all-new XC90 will have “the most comprehensive and technologically sophisticated standard safety package available in the automotive industry.”

“The new technologies will take us a significant step closer to our vision that no one will be killed or seriously injured in a new Volvo car by 2020,” Mertens said. “Our starting point on safety is the same today as it was when the company was created almost 90 years ago: real-life situations. We study data. We crunch numbers. We innovate. The result is one of the safest cars ever made.”

The run-off-road feature detects “what is happening,” and tightens front safety belts to keep passengers in their seats. The car also has special energy-absorbing features to help prevent spinal injuries.

If a driver turns in front of a car at an intersection, the XC90 will automatically brake.

Another standard feature: Volvo’s City Safety system that senses and automatically brakes for vehicles, cyclists and pedestrians in front of the vehicle. The system works in daylight and at night.

The XC90 will also offer a new system that can automatically follow the vehicle in front in stop-and-go traffic.

Volvo said the first 1,927 XC90s will be individually numbered to celebrate 1927, the year Volvo was founded. They will only be available for sale at www.volvocars.com. The special edition XC90 will go on sale Sept. 3 at 10 a.m. ET. It will be priced at $66,825, including shipping.

The “First Edition” cars will have numbered tread plates and a badge on the tailgate. They will be powered by a gasoline or diesel four-cylinder Drive-E engine.

They will have an onyx black exterior and 21-inch wheels, leather seats in amber, a charcoal leather dashboard and walnut inlays.

David Phillips contributed to this report.

Editor's note: An earlier version of this story incorrectly identified the U.S. model year of the redesigned XC90. It is a 2016.