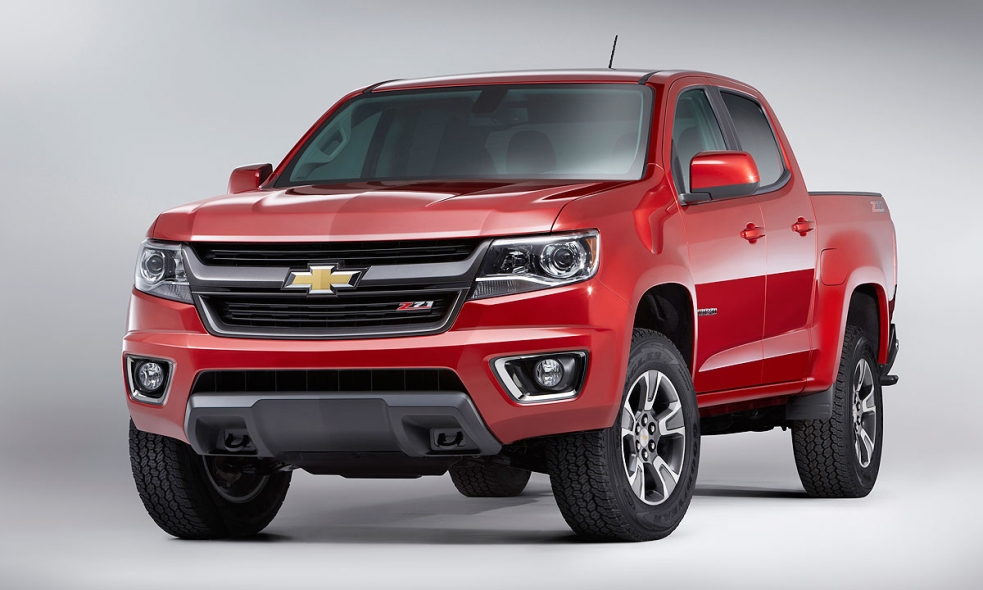 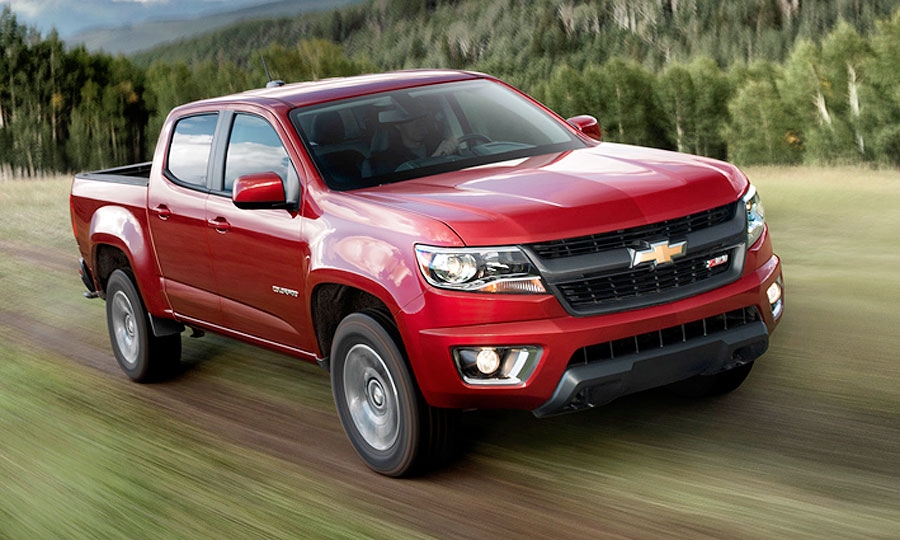 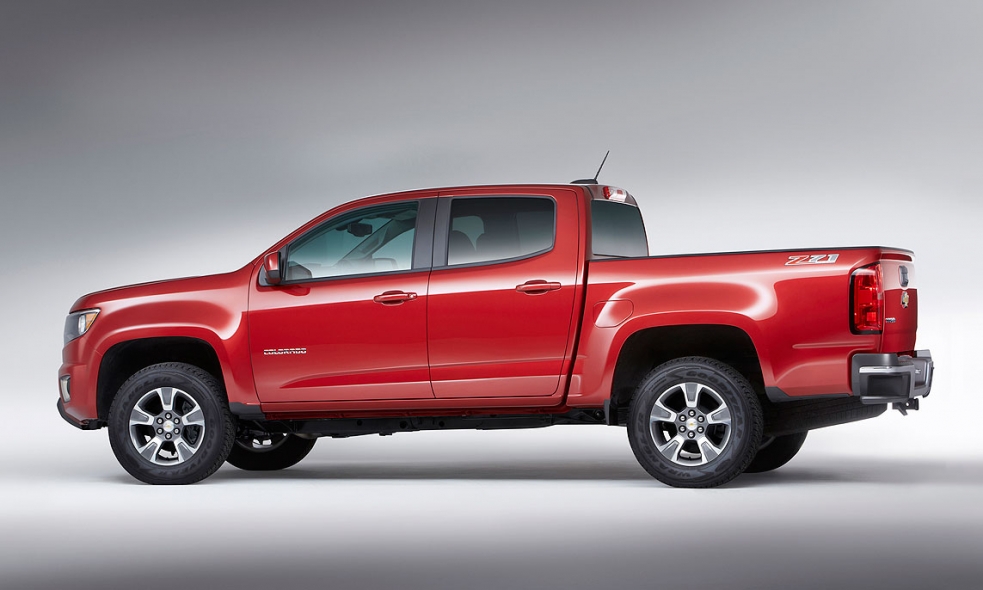 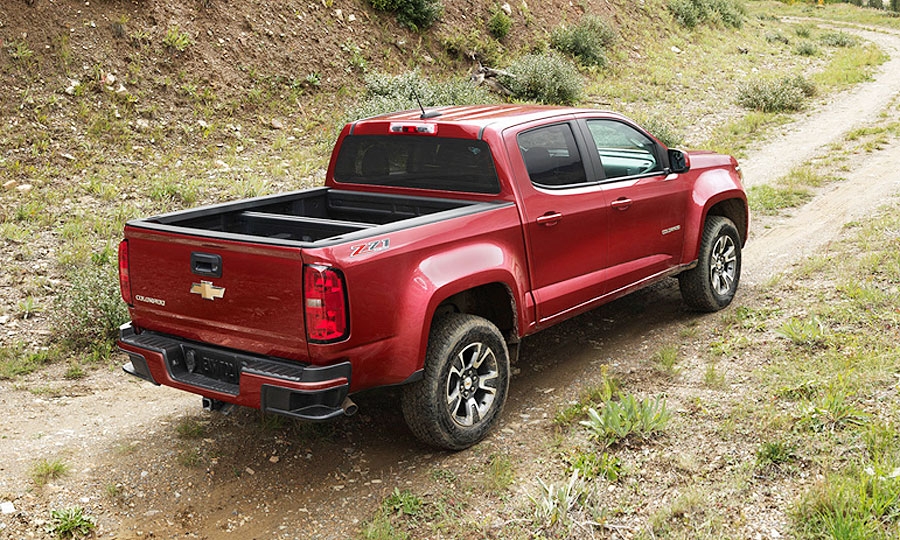 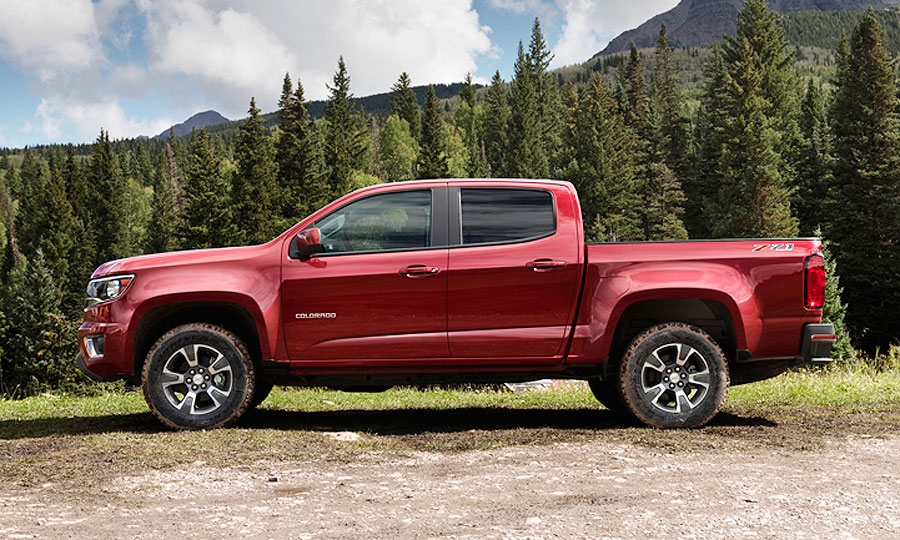 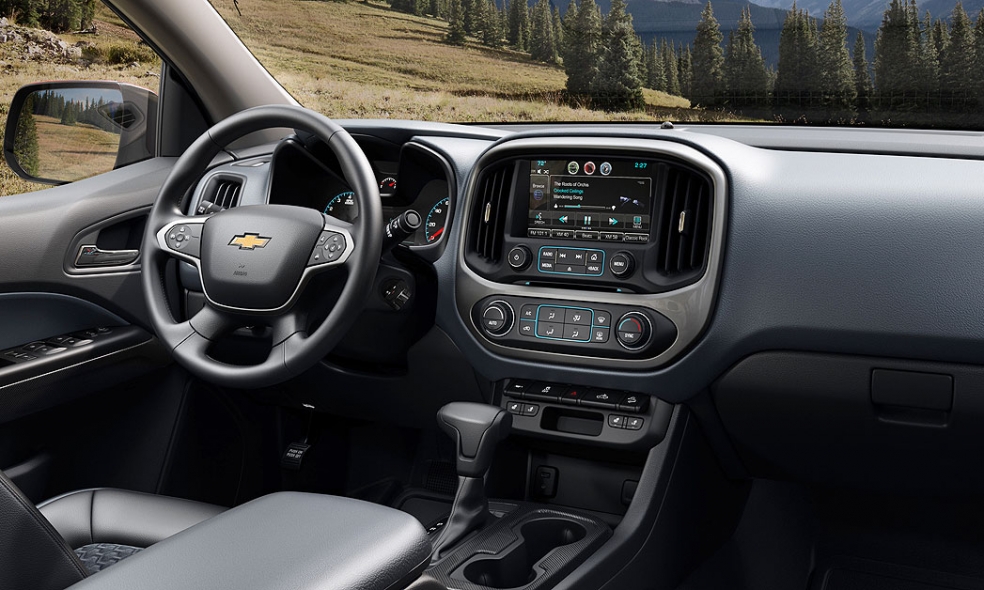 DETROIT -- The new Chevrolet Colorado and GMC Canyon mid-sized pickups will be priced about $8,000 to $10,000 less than comparably equipped models of their larger showroom siblings, the Silverado and Sierra.

That could come as welcome news to many Chevy and GMC dealers who have been hoping for a comfortable price spread between General Motors’ mid-sized and full-sized pickups, giving U.S. truck buyers a clear choice.

The base 2015 Colorado, to be launched this fall as an all-new model following a two-year hiatus, will carry a sticker of $20,995, including $895 for shipping, according to partial pricing information released by GM today.

That base extended-cab model comes with a 2.5-liter, four-cylinder engine that produces 200 horsepower, and a 5-foot bed, manual transmission and a rearview camera. It's about $9,700 less than the closest comparable Silverado before options, a double cab work truck with a 4.3-liter V-6.

The base Colorado -- which is available in extended and crew cabs -- is $5,575 less than the cheapest Silverado available, a regular-cab work truck with the 4.3-liter V-6 engine.

The pricing spread between the GMC Canyon and the full-sized Sierra is similar, based on the examples GM provided in a statement.

A 3.6-liter V-6, rated at 305 horsepower and 269 pounds-feet of torque, comes standard on four-wheel-drive crew cab Colorado and Canyon models and on two-wheel-drive crew cabs with the longer 6-foot bed. To add as an option, the V-6 is $935, Chevy spokesman Tom Wilkinson said.

The Colorado's base price also undercuts the segment-leading Toyota Tacoma, the 2014 model of which has a sticker of $21,500, including shipping.

Other sticker prices announced by GM today, including destination fees, are:

The Colorado and Canyon pricing will be closely watched.

Dealers and industry analysts have said that GM's chances of reviving the shrinking market for smaller pickups will hinge largely on a comfortable price cushion between them and the full-sized pickups, to give customers a clear choice.

The mid-sized pickup segment shriveled to 227,111 trucks last year from more than 1 million in 2000, according to the Automotive News Data Center. Analysts point to a blurring of the line between pricing between mid-sized and full-sized, which led most buyers to opt for more truck.

The eroding sales prompted Ford to end production of the U.S. Ranger in 2011. Chrysler Group did the same that year with its Dodge Dakota. The Tacoma remains the only real player, accounting for 68 percent of mid-sized pickup sales this year through July, followed by the Nissan Frontier, with 32 percent of the segment.

"That's lower than what I was expecting. It sounds like they're being very aggressive," Williams said. "We could do very well with those kind of price points."

Williams said there is "a high level of interest" from customers in the new mid-sized truck, including former or current Colorado owners.

Tony Johnson, Chevrolet Colorado marketing manager, said in an interview last week that GM hopes to pull in full-sized truck buyers "who might have over-bought," in addition to poaching Tacoma and Frontier customers.

Johnson believes the Colorado will appeal to buyers who have migrated to other segments in recent years, including crossovers, as choices dwindled in the mid-sized truck market.

"They went into segments where they were getting the refinement and the technology they wanted," he said. "But they also gave up the functionality and versatility of an open bed."