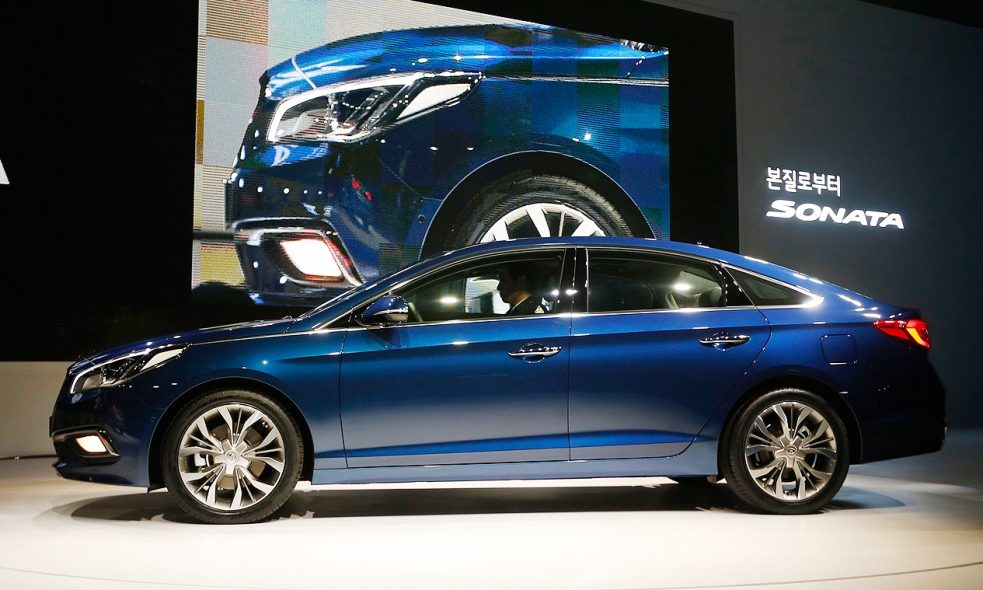 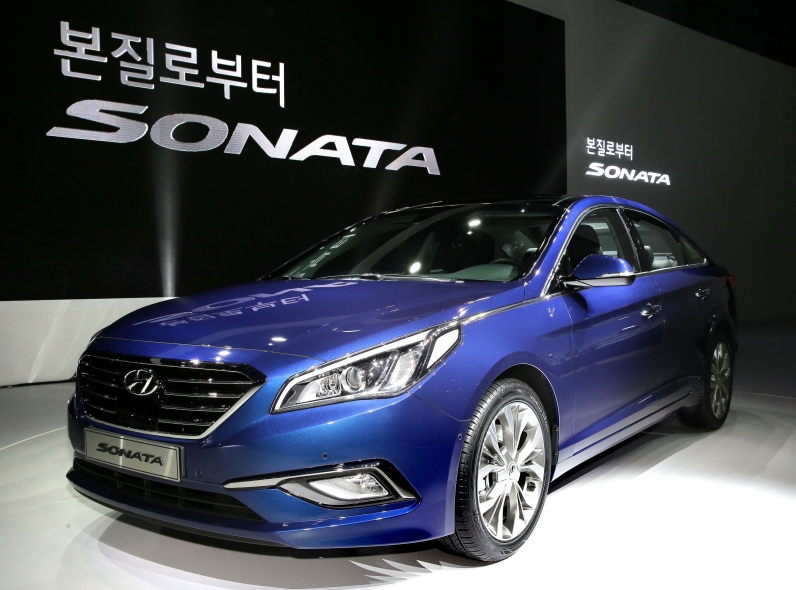 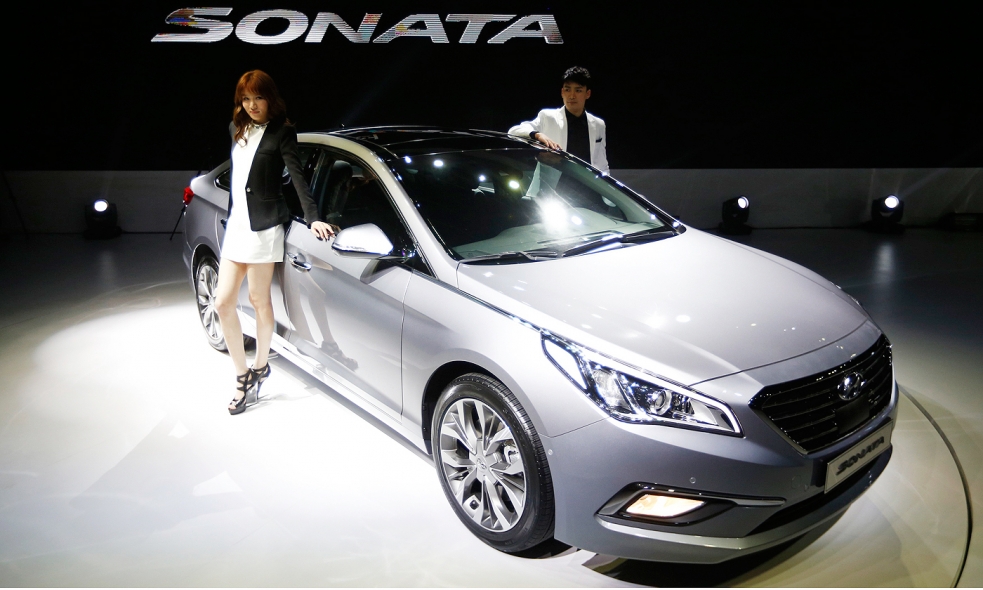 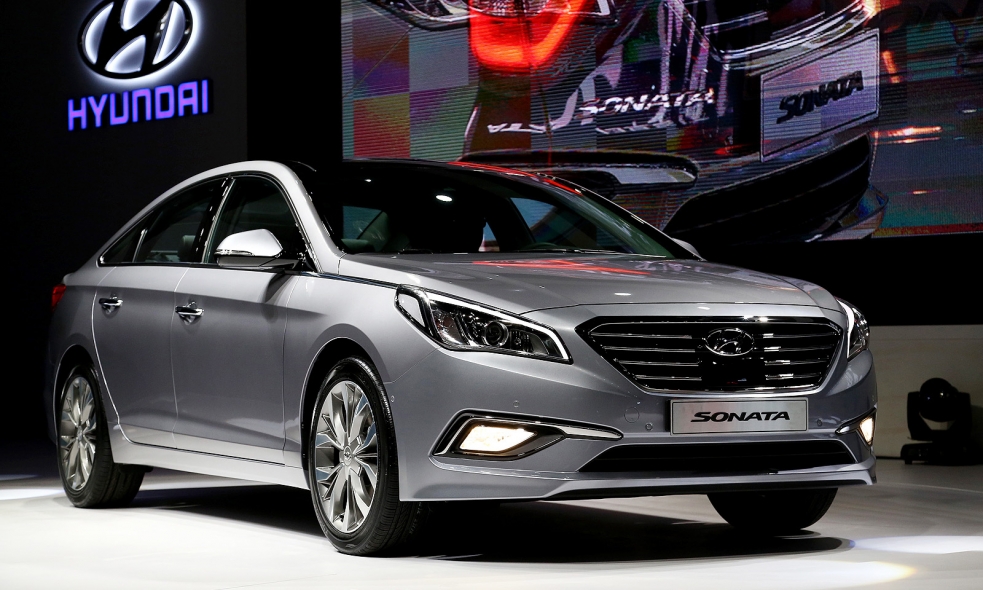 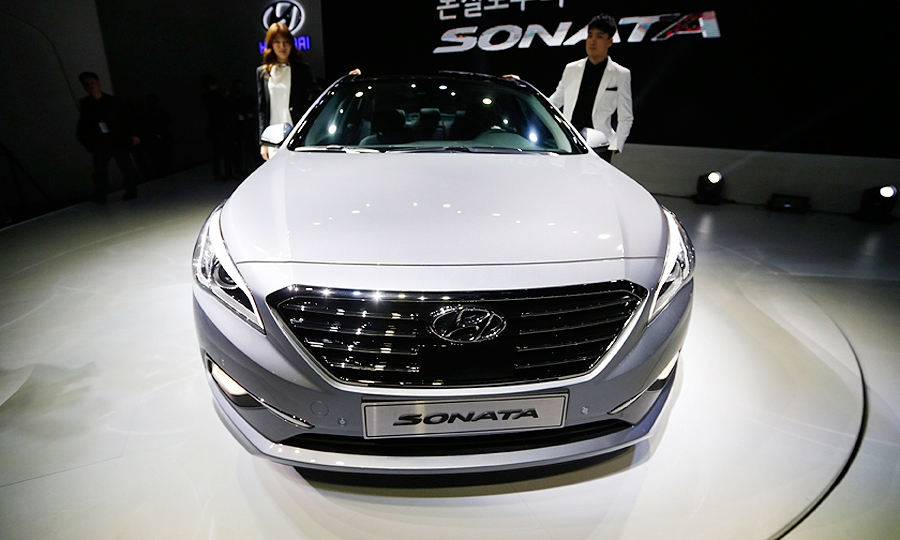 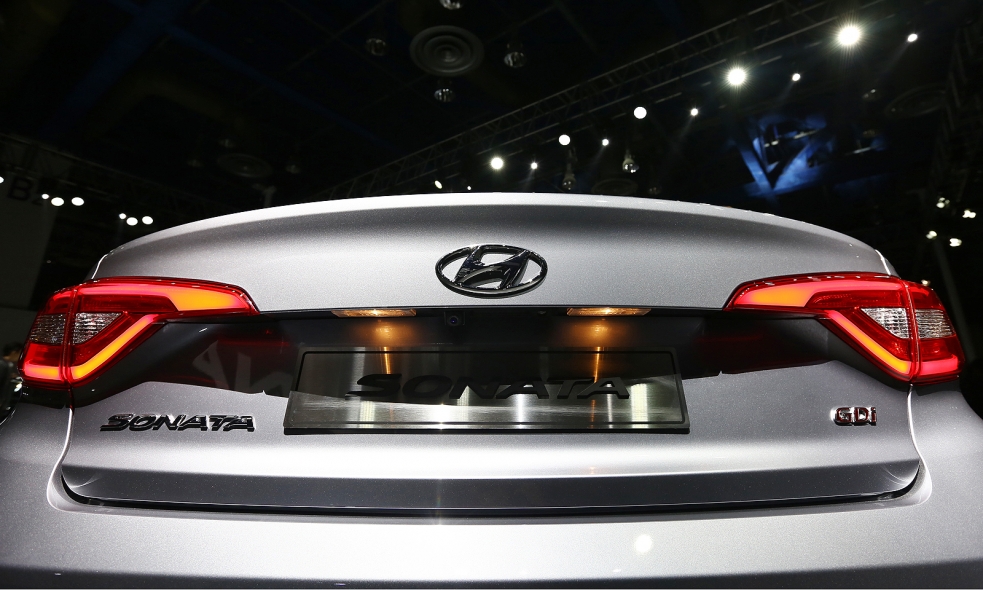 The 2015 Sonata has “evolved into a more refined premium vehicle” that “provides a luxury feel of a car from the segment above,” Hyundai says. 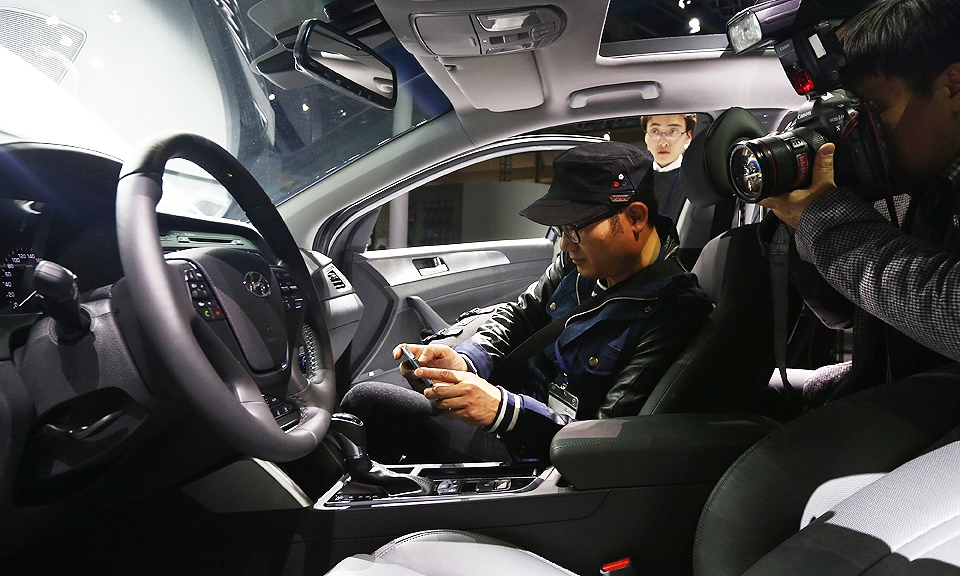 BLOOMBERG
Journalists get a look inside the 2015 Hyundai Sonata.
Share 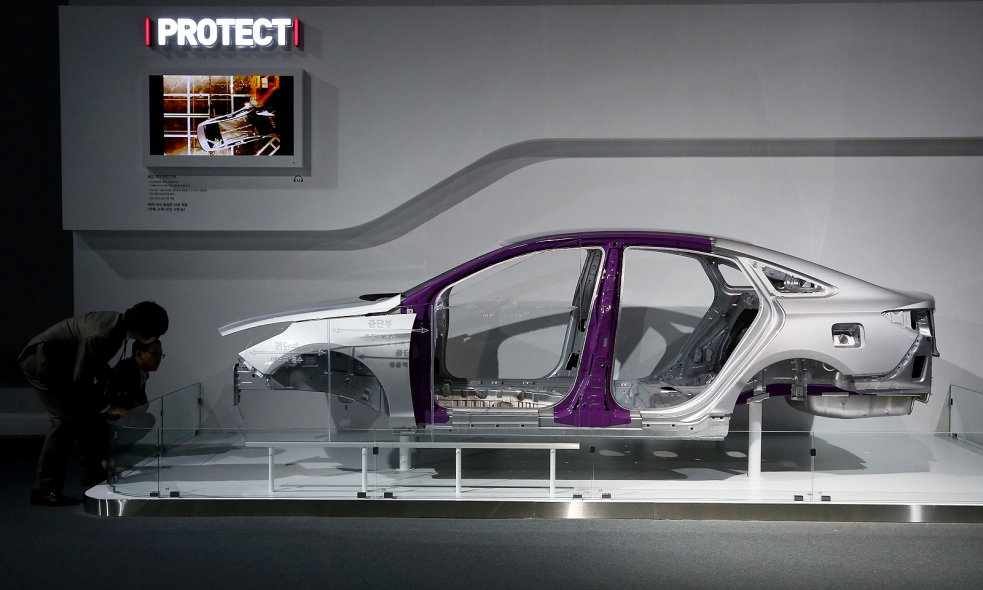 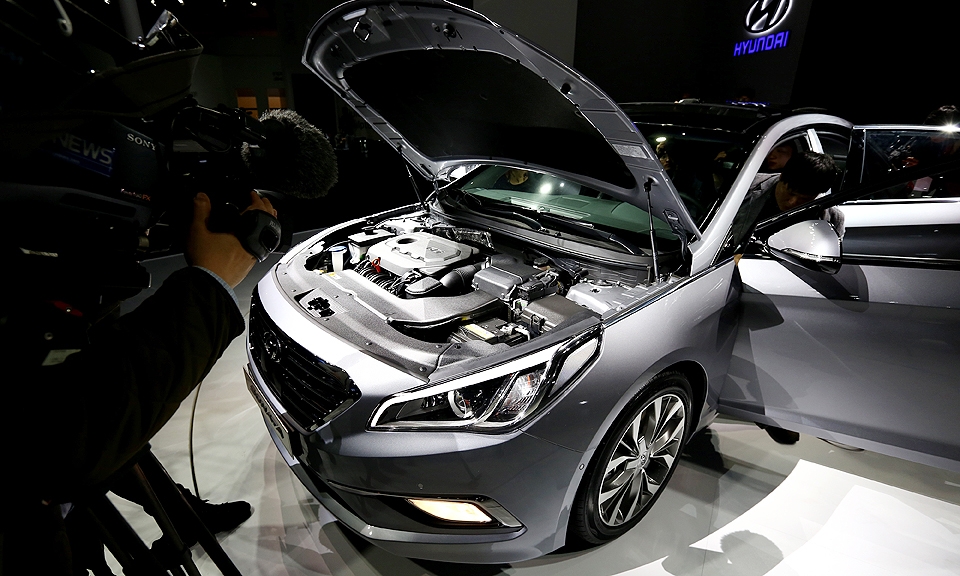 LOS ANGELES -- As sales of the aging Hyundai Sonata slow in the U.S. market, Hyundai Motor Co. says the next generation of its bread-and-butter mid-sized sedan will be more refined and premium-feeling than the model it replaces.

It will make its public debut next month at the New York Auto Show.

The vehicle’s platform and U.S. powertrain lineup is expected to be largely carryover, though Hyundai says it focused on reducing noise, vibration and harshness, improving driving dynamics and refining the design for the seventh generation of its mid-sized sedan that’s expected to arrive in the United States late this year for the 2015 model year.

Hyundai says it spent about 450 billion South Korean won, roughly $416.3 million at current exchange rates, over the past three years developing the 2015 Sonata.

The current-generation Sonata made Hyundai a legitimate contender against Japanese and domestic rivals in the eyes of many consumers when it arrived stateside for the 2011 model year with a distinctive design that shook up the otherwise bland mid-sized sedan segment. Design-wise, the current generation car’s rounded, swoopy lines have been tightened on the new sedan’s sheet metal, especially in the car’s corners, reflecting Hyundai’s “fluidic sculpture 2.0” design language.

Increased use of advanced high-strength steel in the Sonata’s body-in-white has boosted rigidity, Hyundai said in partial specifications released today. Advanced safety features such as adaptive cruise control, lane departure warning and blind spot detection will also be available on the 2015 Sonata, Hyundai said in a statement.

For its seventh generation, Hyundai says the Sonata has “evolved into a more refined premium vehicle” that “provides a luxury feel of a car from the segment above.”

The 2015 Sonata’s dimensions are very close to the current model on sale now, gaining less than an inch of wheelbase, width and height while being roughly an inch longer in overall length.

The Sonata became Hyundai’s top-selling car, with sales topping 200,000 units in 2011, 2012 and 2013. But sales have slowed since fresher competing models such as the Honda Accord, Ford Fusion, Nissan Altima and Toyota Camry hit the market, with sales dipping by 12 percent last year and off another 28 percent through the first two months of 2014.

The 2015 Sonata has “evolved into a more refined premium vehicle” that “provides a luxury feel of a car from the segment above,” Hyundai says.

“The Sonata has been playing a key role in Hyundai Motor’s rapid growth in the global market, as well as leading the development of the Korean auto industry. We are confident that the all-new Sonata will change the landscape of the global mid-size sedan market,” Choong Ho Kim, CEO of Hyundai Motor Co., said in a statement. “Hyundai Motor has been pursuing qualitative growth, providing innovative experiences and values to our customers, and the all-new Sonata will be at the center of these efforts.”

Last week, Hyundai apologized after saying the Sonata’s fuel economy was less than previously stated. Unveiling the redesigned model to the media earlier this month, Hyundai told reporters that fuel its economy had climbed 6 percent to 12.6 kilometers per liter (29.6 mpg) from its predecessor. Hyundai later said that figure was erroneous and had been based on tests at its research center. Government tests showed the mileage had actually inched up just 2 percent to 12.1 kilometers per liter (28.5 mpg).

In December, Hyundai and Kia agreed to spend as much as $395 million to settle lawsuits related to claims that they overstated the fuel-economy ratings of their vehicles.

Reuters and Bloomberg contributed to this report.